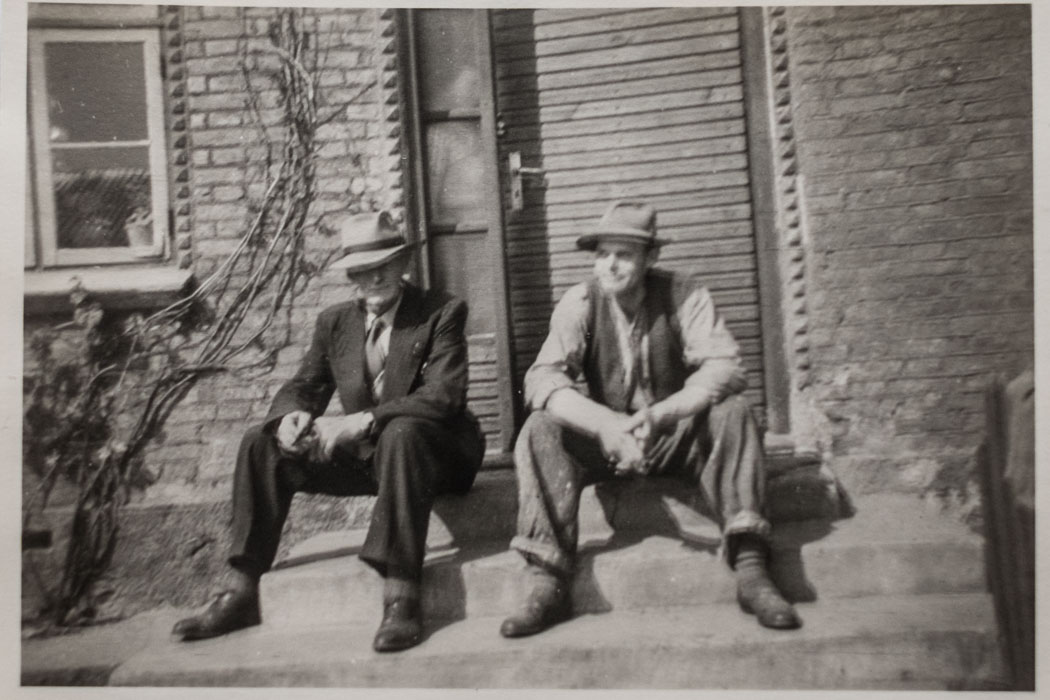 This is a fantastic picture, Carl on the left and my grandfather on the right. The image is from 1954, shortly before Carl left Denmark again to go back the USA. 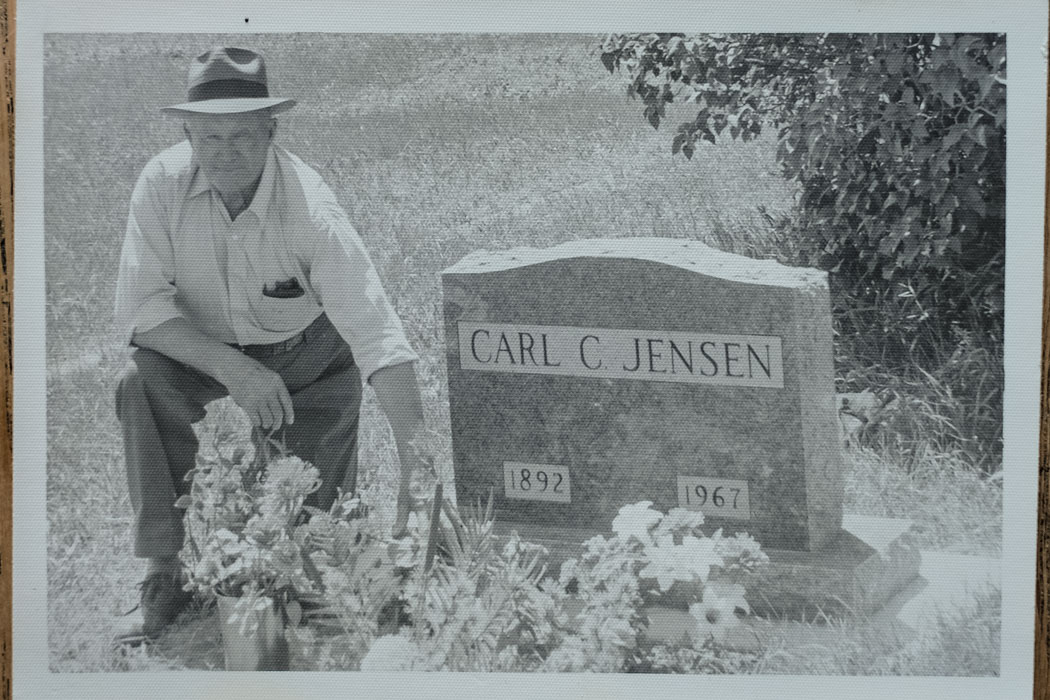 This must be Godtfred at the gravestone. 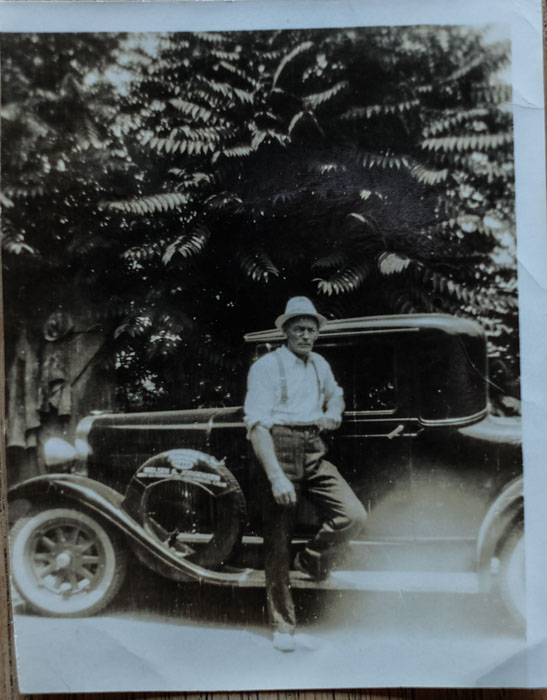 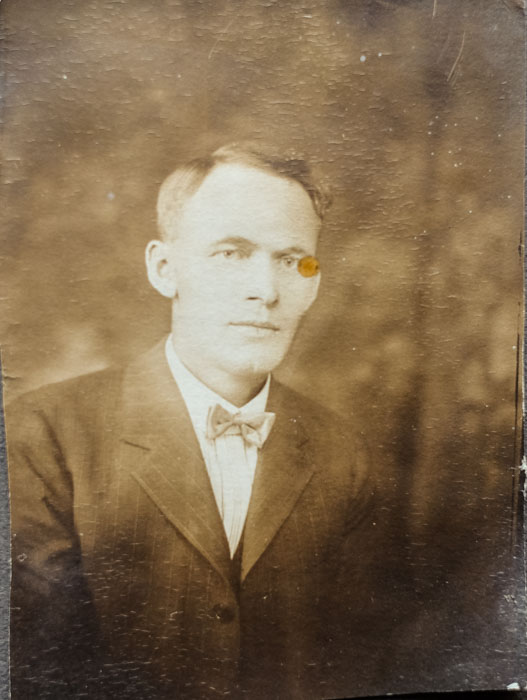 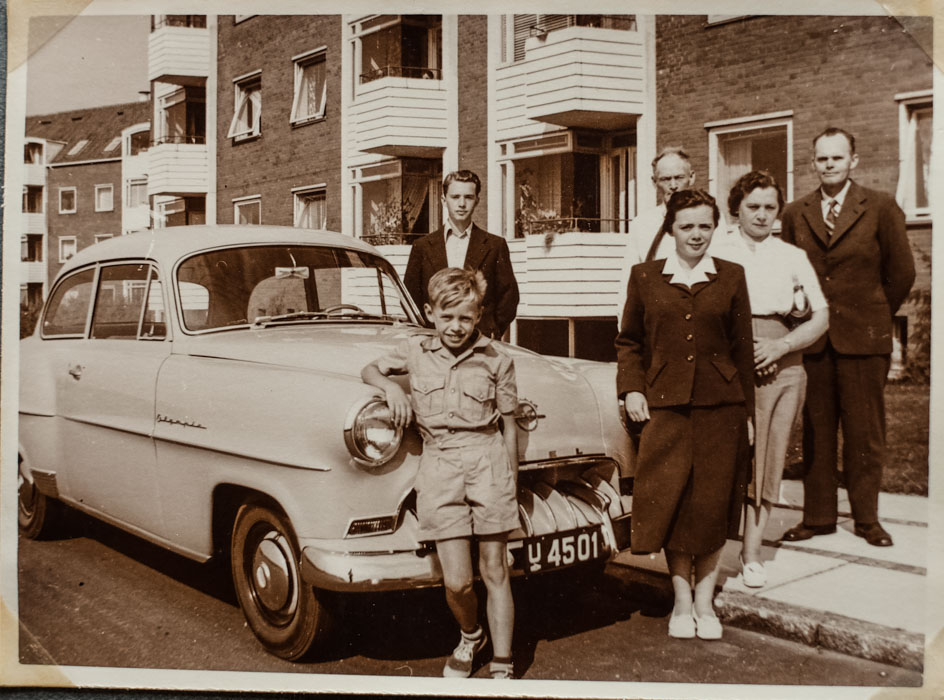 This is an almost complete family picture. My father is the young boy in shorts in the front. My aunt is on his right. Behind my father is my late uncle Herluf. My grand father is on the very right, Carl of course to the left of him. I assume my grandmother is taking this picture as that is her sister standing in front of my grandfather. 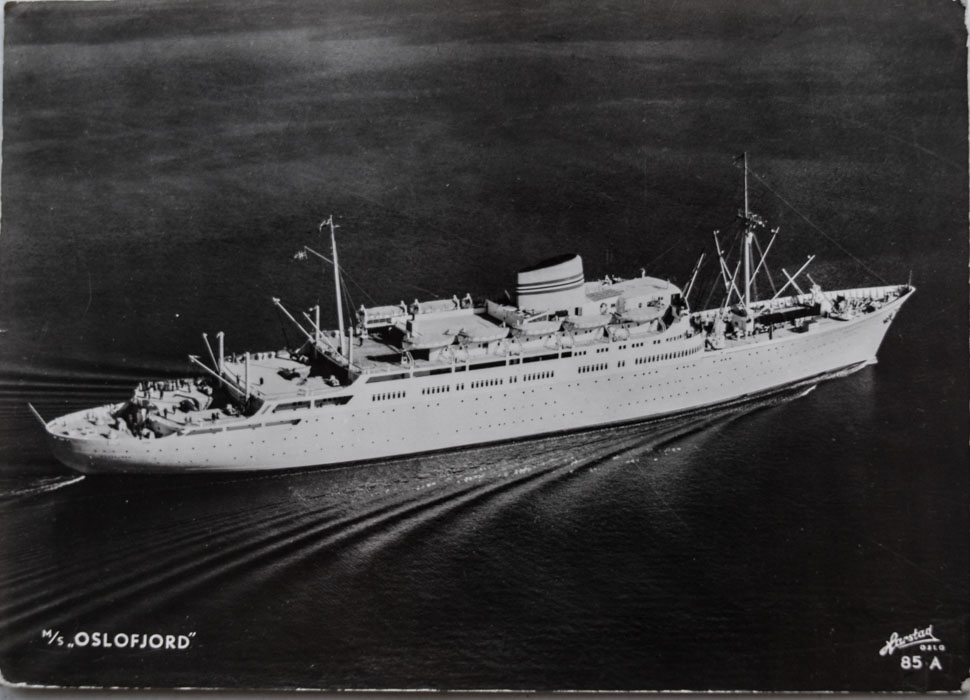 This is the postcard that Carl sent home from Norway! He was gone one morning, then they received this postcard. The back of the postcard is below, dated 31 May 1954. It simply reads “It is a lovely boat. I hope you are all well. Say hi to everyone. Carl.” 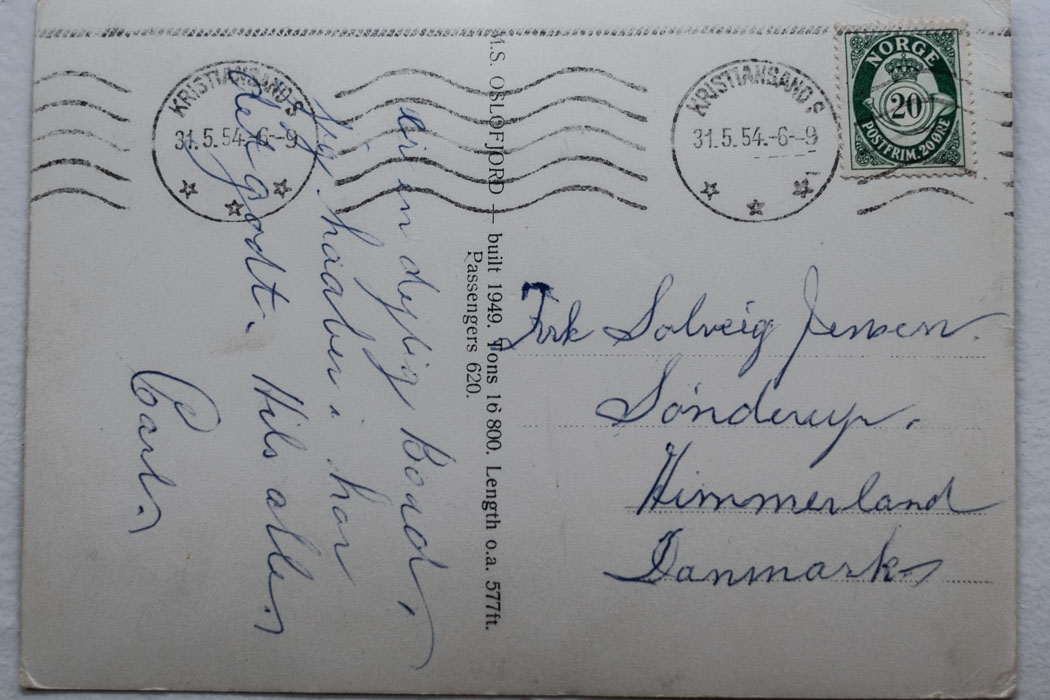 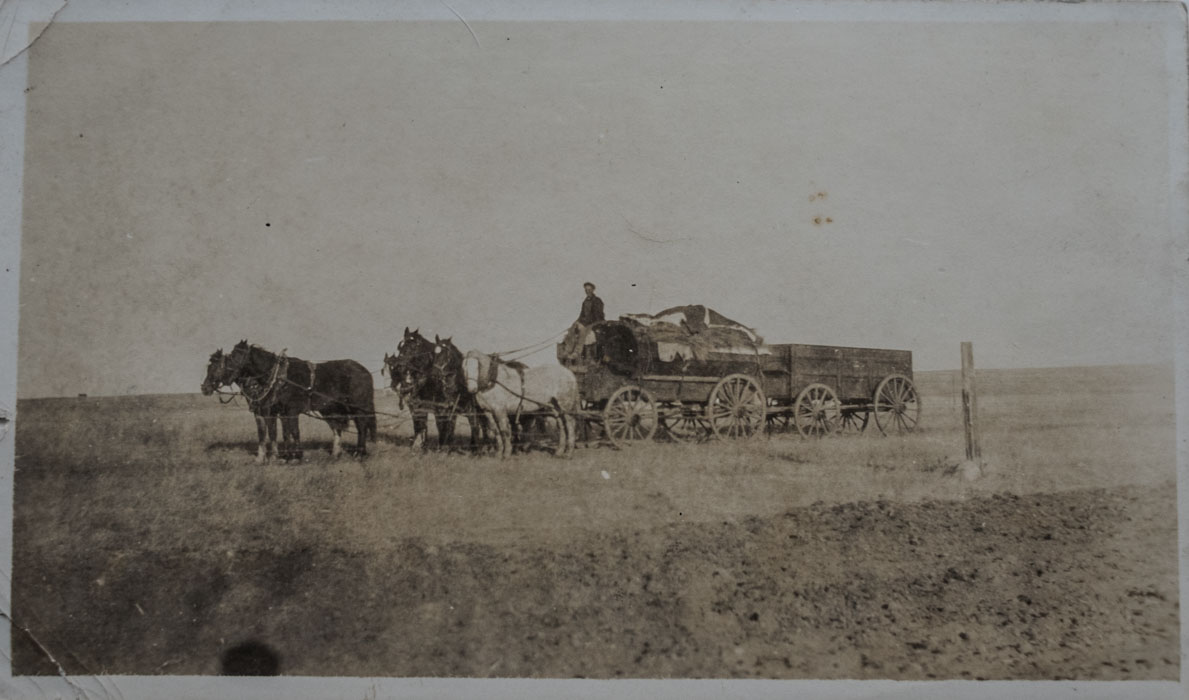 My aunt has Carl’s old photo album found in his house when he died. I assume that Jensena or Lars Anderson sent the album home to my family. I must look at that album next time I am in Copenhagen. This picture was found in Carl’s album – there is no writing on the back, so we don’t know how it relates to Carl. 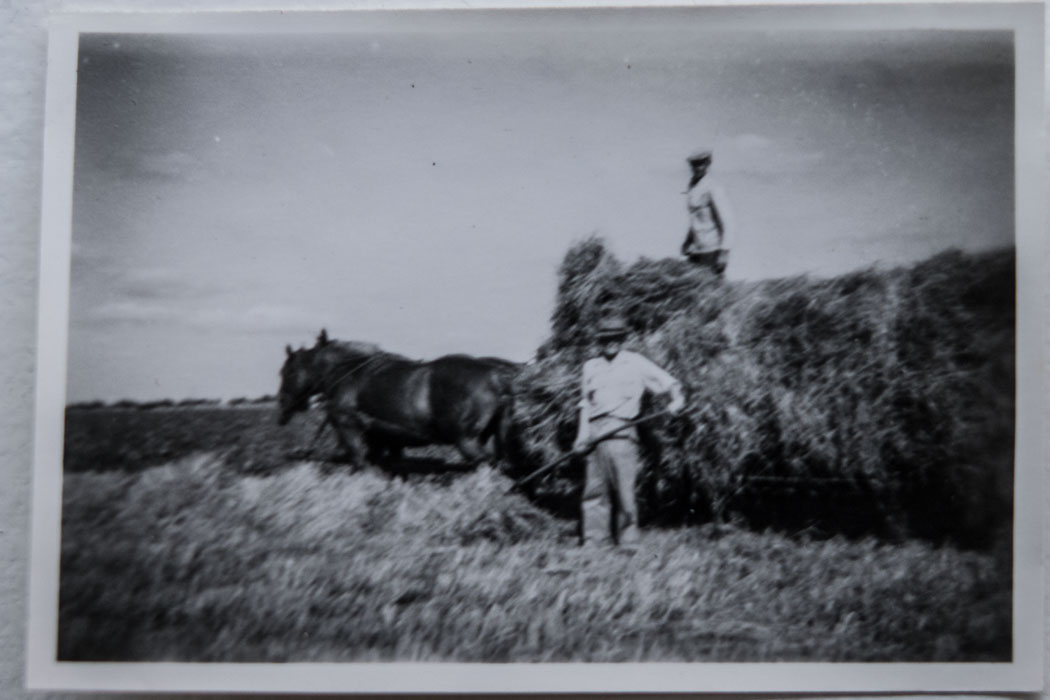