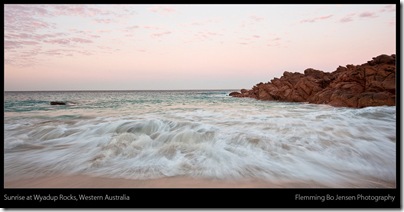 14 Comments on “Wyadup Rocks at sunrise”