Stealing titles as I often do, this one is of course Simon & Garfunkel aptly describing this post. Like a lot of people, I grew up with American movies and TV shows and I was excited to finally land on American soil back in March. In many ways it was exactly what I expected, in many ways it was nothing like I expected. I drove some 8,000 miles or 12,500 kilometers through California, Arizona, New Mexico and Utah. These are just a few of my observations, boils down to: Mindblowing landscapes, stay clear of most cities, and stop putting cheese on everything!

It is impossible not to have been subjected to a lot of the American Southwest landscape through TV, movies and countless photographers having already shot what is probably the world’s most photographed landscapes. No matter. The Southwest landscapes still floored me speechless every day for two months and I just scratched the surface of what is available. Here’s a quick developed preview of a panorama from Canyonlands National Park in Utah, such a dramatic place. Driving through the wide open spaces of the Southwest with the ipod in the car stereo grooving and the feeling of freedom my drug of choice, then stopping anywhere I like to shoot images are my fondest memories of this trip. I am so in love with the American landscapes, I must return many times. Look at these clouds by the way, I seemed to attract amazing light on a lot of days in America. 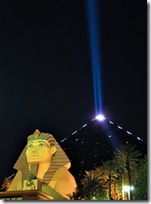 Being no fan of cities, the only larger cities I visited very briefly were LA, San Francisco and Las Vegas. San Francisco was quite different and felt European, with a great atmosphere, many small streets with shops, cafes and restaurants. Apart from SF I find the American cities I visited were quite depressing, usually just an ugly main street with too many fast food places, motels and malls killing all local charm. To the right is my home for 1 night in Vegas and I regret wasting a night in Vegas. It is as horrible as you think, worse actually and I lost all faith in humanity for a few days. I regained it in Beatty and Death Valley, Nevada…

What I loved were the small towns. My rule quickly became: town should be so small there isn’t even a traffic light nor a McDonald’s. I might not wish to live there, but loved staying in places like Magdalena in New Mexico, Mexican Hat in Utah or Beatty in Nevada. Here is the great and dusty main street in Beatty, right next to Death Valley, actually if this town had an ocean and a beach I could live here:

The small towns have atmosphere and character. People are friendly, down to earth and talkative and wear cowboy hats, smile and say “howdy” to you with a thick accent. They wave as you walk around the town. The local diner is an actual locally owned true diner, no chain fast food hell. The diner serves great food complete with coffee and cake, portions even larger than the enourmous belt buckles the cowboys proudly display. Tumbleweeds tumble across the roads, rusty doors and gates play in the wind. John Wayne strides down the street. Local newspaper tells of upcoming events complete with arm-wrestling competitions and the chance to win a riffle! And in Beatty there was a large sale of used army ammonition boxes (still trying to figure that one out, what do you use them for?). My kinda place.

“Be careful his bowtie is really a camera” or How to fix America and Other Nonsense.

To my American friends, I am having a sarcastic and ironic go at you, no harm meant. My suggestions are winners though, try them out 🙂

86 Comments on “I’ve gone to look for America”