Buddhism is in some ways fascinating; even to an atheist. It is more a belief system than a religion and the idea of karma is something that I try and live by. Sometimes one must wonder if an entire world subscribing to Buddhist beliefs would be a world at peace. Possibly so, as we would spend most time in peaceful prayer and meditation. Then again, possibly not, we are still humans. But the peace and inner strength one can feel from Buddhist monks inspires me to learn more of meditation and contemplate spending time in a temple. Here is my favourite monk from Cambodia, Thun, captured at the amazing Angkor Wat, contemplating the world: 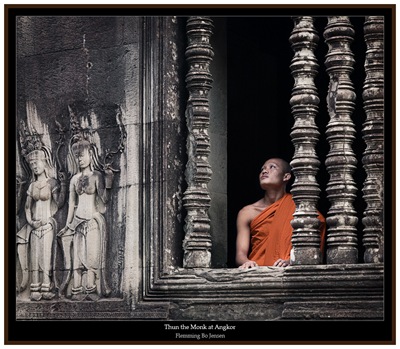 Mine is a particular form of atheism where it’s still possible to believe in The Force, Yoda, Karma, Weather Gods and Superman. My world, my rules. Flemming

8 Comments on “Looking at the world”