There’s a new camera in my bag of tools, toys and lightsabers – the Fuji X-Pro1. 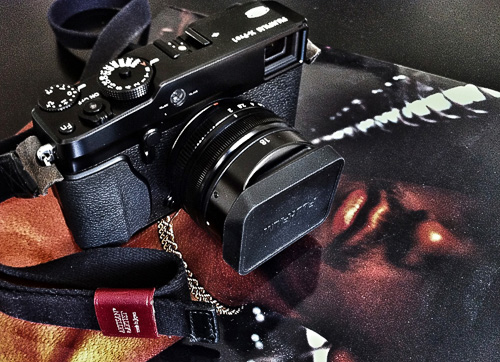 A year ago I purchased a Fuji-X100 and I love that camera, still do. And occasionally I want to blast it to bits. I used it intensely in South America and it replaced my Canon 5D Mk II as my camera of choice, at least when working alone and walking streets. Simply because I usually had more fun with the Fuji, quirks, frustrations and limitations and all. In March this year, I had a chance to play with my mate Christian Fletcher‘s pre-production Fuji-Xpro1. Actually my first impression was mixed, in many ways it was awesome but it still had some of the X100 quirks and it also had its own quirks on top of that. But, like anything worth anything, you have to fight for it. The Fuji and I synchronized our quirks.

So I decided it was time for a change. My trusty old Canon gear, the 5D Mk II and all lenses, has served me well for many years but was simply no longer the camera I wanted to use. It was “getting in my way” as in, it annoyed me, heavy, big, obtrusive, loud, noticeable on the street, scared people away in South America, heavy, did I mention heavy, traveled around the world 3 times with this gear and just can’t do it anymore. I need a light weight “rangefinder” style kit for documentary work, that’ll fit in a small shoulder bag — I no longer need a landscape photographers kit that fills a big backpack. Sold all of my Canon gear, my 5D went to live with a fellow Danish nomad photographer, quite brilliantly, she travels on, adios amiga.

Money in my pocket, I rushed to my local pusher – Photografica – and bought my Fuji X-pro1 and the 18mm and 35mm lens, before the money went to boring things like food and lodging.

The production model Fuji X-pro1 is a nice improvement on the pre-prod model I tried, it appears to be a lot faster. The focus system might not be light speed but it’s extremely precise. And I am just really enjoying shooting with the Fuji X-pro1 and X100. RAW file support seems it will take a while as the Fuji X-Pro1 files are a pain to decode and Fuji has released no information about the sensor to developers. Presently only the included Silkypix can read the RAW files. Silkypix really makes one appreciate every other raw converter on the market, even Lightroom 4 feels fast. The in-camera jpegs are of very high quality, so it’s not a major issue for me, raw support will come.

UPDATE 5 JUNE —I need glasses. Adrian Seah points out in the comments below, the Lightroom support for the X-pro1 must have been coded in 10 minutes before the release. It sucks. Well, it works, but it omits all fine details to the point of making images look like paintings. Silkypix in comparison, has much better detail. Oh well, Silkypix it is then :/

Some major improvements on the X100 are a lot less shutterlag to the point of it not being noticeable for me. Much faster autofocus. Exposure compensation wheel is so annoying on the X100 but much better on the X-Pro1. The Q button is a nice feature. On the pre-prod model I kept accidentally hitting the Q button but I haven’t yet on my prod model. If you use the automatic metering it still (like the X100) overexposes (for my liking) by 1/2 to a full stop. I keep the EV at -2/3 at least. I have discovered some nice little tricks which I’ll cover in a later blog post.

Really love how I now have a small lightweight high quality kit, with amazing optical viewfinders making me feel very connected to the scene, with awesome image quality and spectacular lenses. The 35mm (50mm equivalent) at f/1.4 is brilliant, Lulu the dog below (a perfect model as far as staying still) is shot at f/1.4.

These are some of my first snapshots with the Fuji X-pro1, from processed in-camera jpegs. Not that it matters what camera was used, and the images are not much but as a test they confirmed that I made the right choice, having so much fun with this small lightweight black box. More to come. 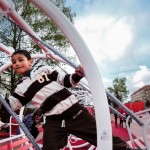 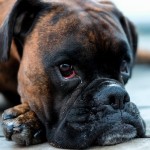 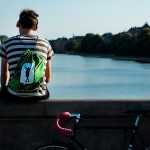 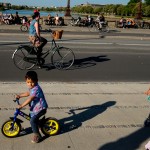 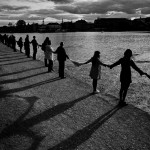 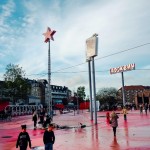 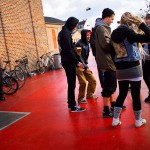