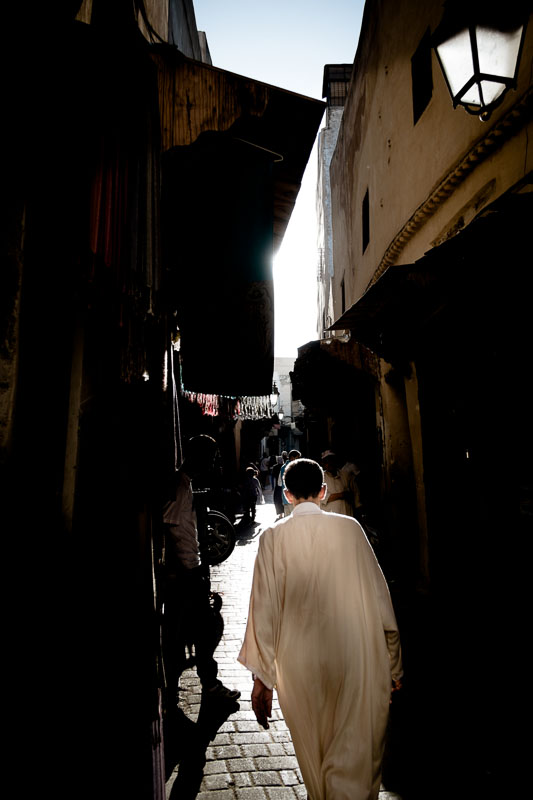 The ancient cobbled streets of the Medina in Fes, Morocco, with it’s whirlwind of people, scooters, wheel barrows and donkey carts running up and down narrow streets, is a fascinating place to explore. One of the world’s oldest medieval cities, founded in the 9th century, the narrow streets lend themselves to some surreal shafts of light in the afternoon. A man dressed in a white djellaba suddenly steps out right in front of me, coming from a tiny side street into the blinding light that illuminates him. He looks like a jedi glowing in the light, strong in the force, walking through an ancient dark world, where people only exist in the shadows.

2 Comments on “The Medina of Fes”