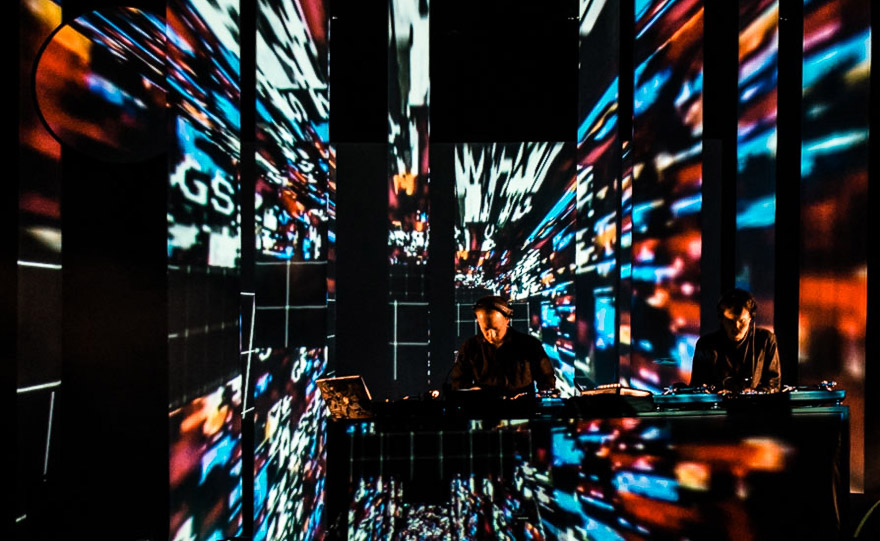 Take two Danish DJs and musicians from Den Sorte Skole working two and a half year on their Lektion 3 release, piecing together thousands of samples from more than 250 old vinyl records originating from 51 countries. Add mind-blowing visuals from Dark Matters to this mix and install it all on stage at the new Royal Danish Playhouse Skuespilhuset. The result:  a unique 90 minutes audio and visual odyssey through music history that felt like being inside a dream of ever changing moods, sounds, rhythms and atmospheres. A dream I was lucky enough to get to shoot.

Den Sorte Skole (Danish, literally translates to The Black School) is a Copenhagen based DJ, producer and composer collective founded by Simon Dokkedal, Martin Fernando Jakobsen and Martin Højland in 2003. Simon invited me to come and photograph one of their 3 sold-out performances at Skuespilhuset in Copenhagen back in May 2013. Having never been inside the theater, the room halted me in my tracks as Simon led me inside. It is astoundingly beautiful, and apart from the staticness of a sitting audience at a concert, the perfect setting for a live performance of Lektion 3 (lesson 3).

Roaming around on stage or in the audience during the show was naturally not possible as you would show up as one huge silhoutte on screen, so it called for being creative in discreet shooting locations. Fortunately we did some dry runs before the audience arrived so we could capture stills and video closeups. Additionally, being a theater, the backstage area is enourmous, 2-3 times bigger than in front of the stage. So it was quite possible to walk behind (Clumsy Boy here being very bloody careful not to trip over wires!) and shoot from the sides – and at one point I also utilized ninja stealth (as much as Clumsy Boy can muster) and made it to the sound booth without wrecking the joint.

Lektion 3 is incredibly ambitious and a masterpiece that I had listened to many times, but the live show is an entirely different experience. Energetic live performance by Simon and Martin, bass that rattles the bones, visuals that electrifies the visual cortex in a jawdropping theater, this was special and magical.

Many thanks to Simon and Martin for inviting me into this musical odyssey. My photos do not come close to capturing how spellbinding it was, but the following is my small story from Den Sorte Skole – Lektion 3: 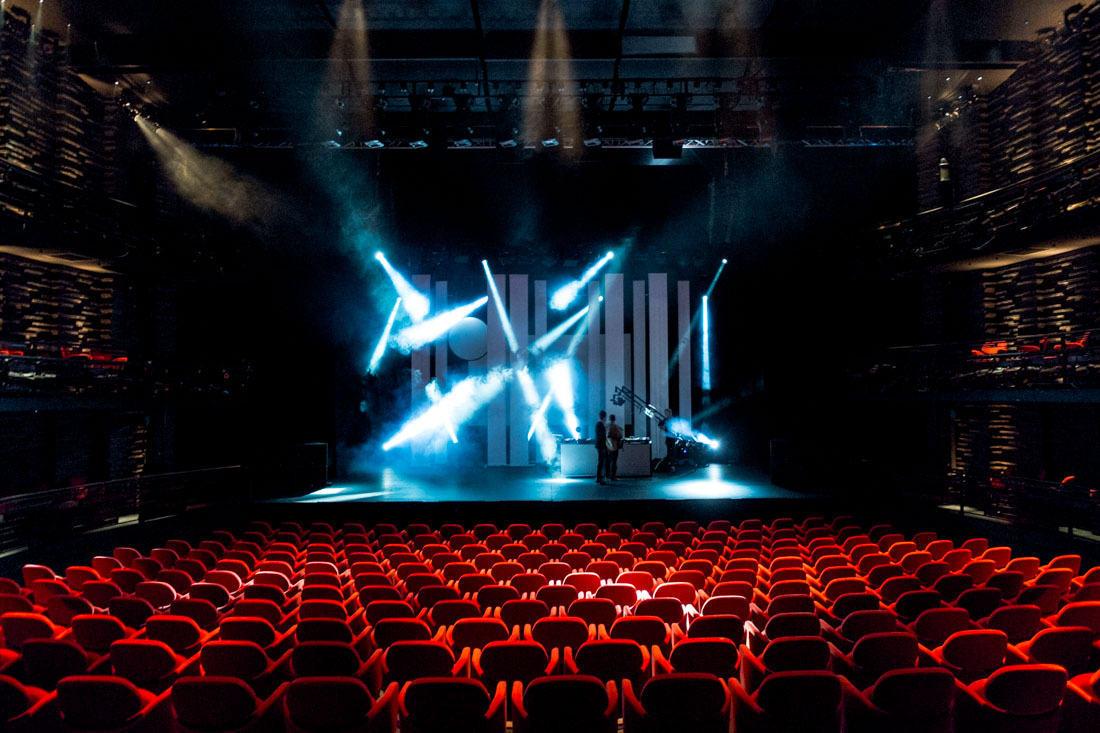 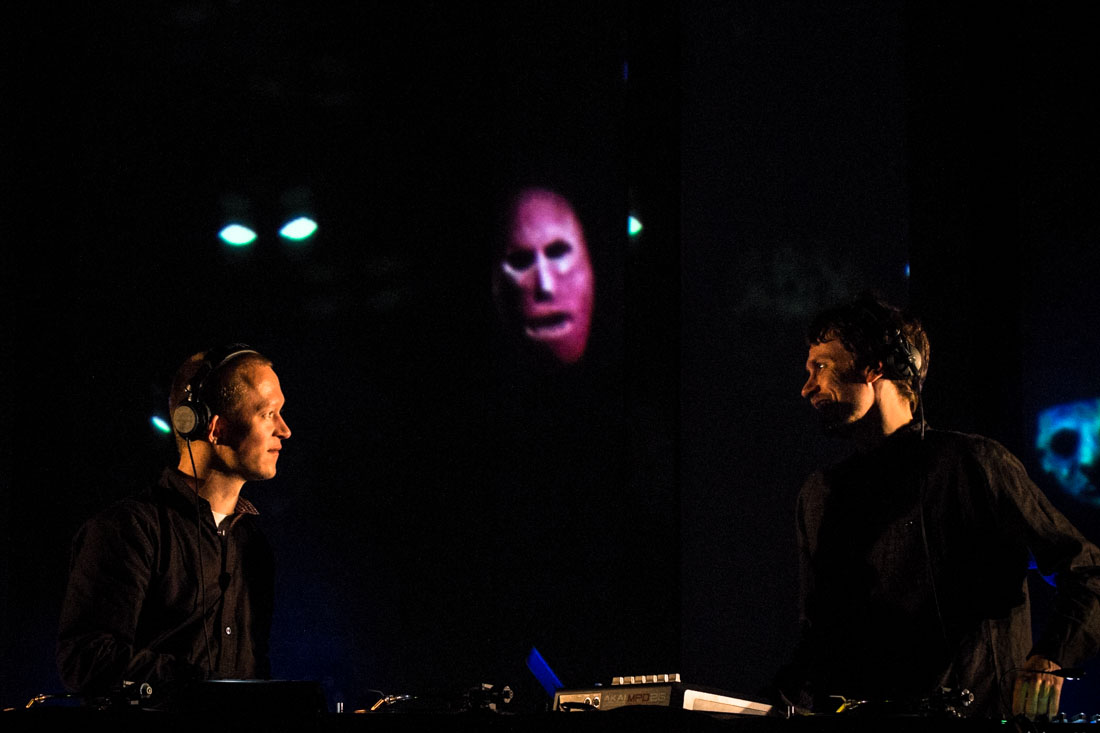 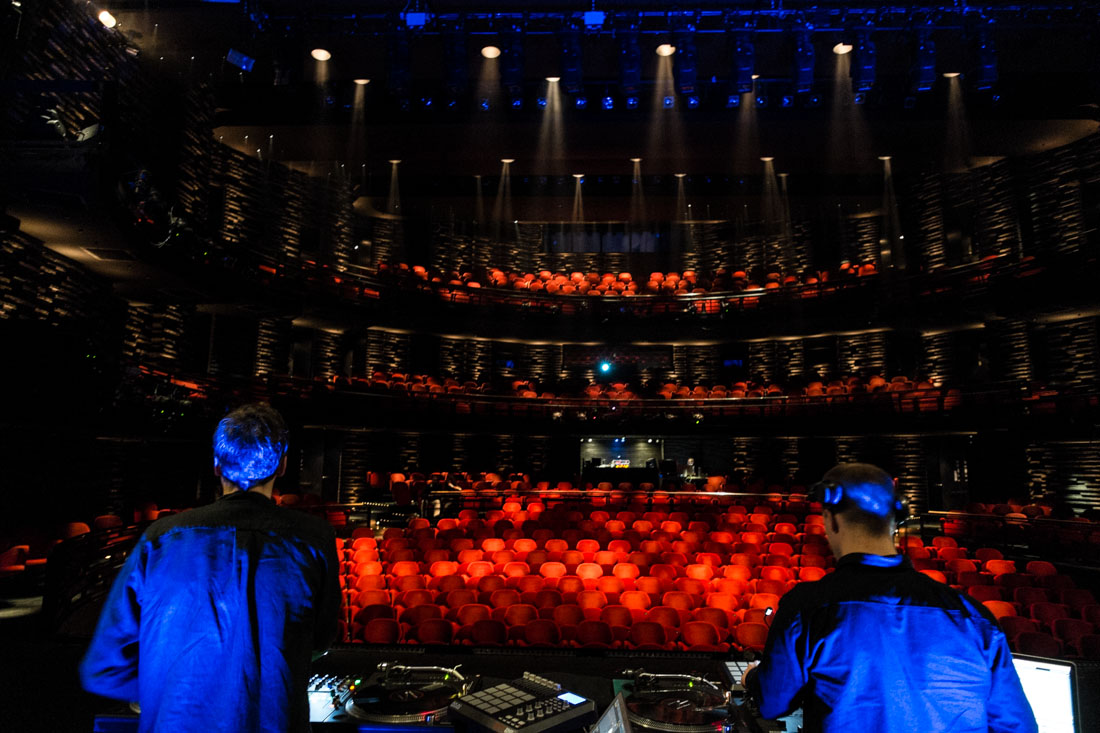 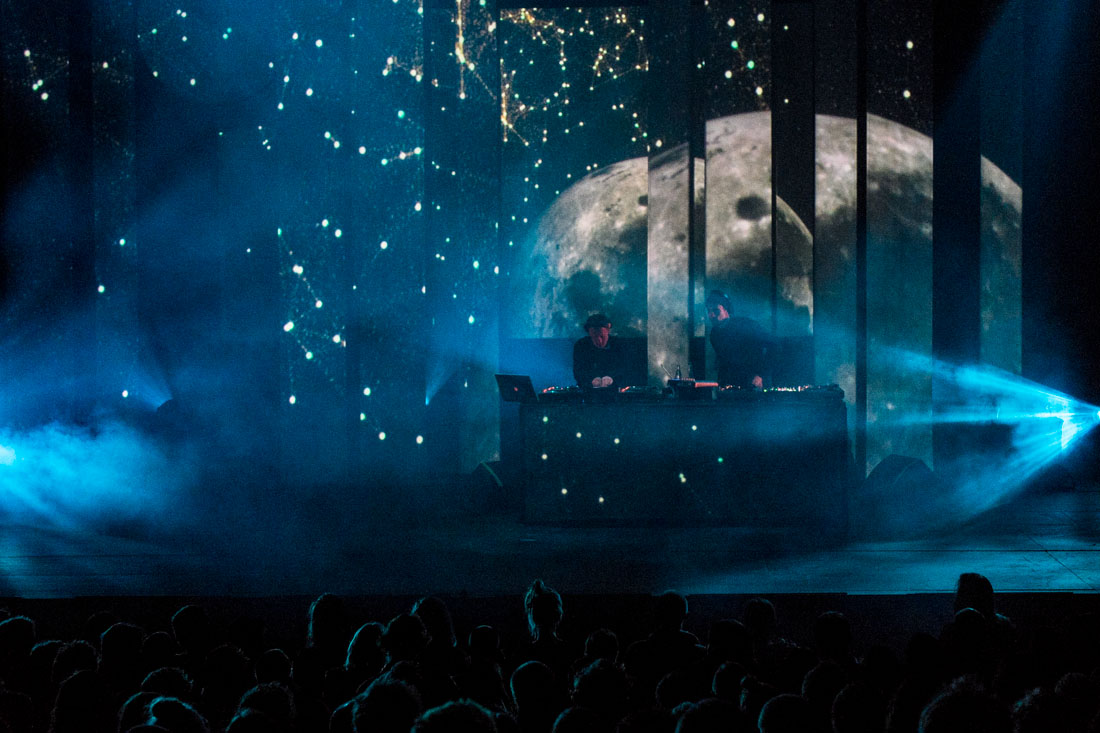 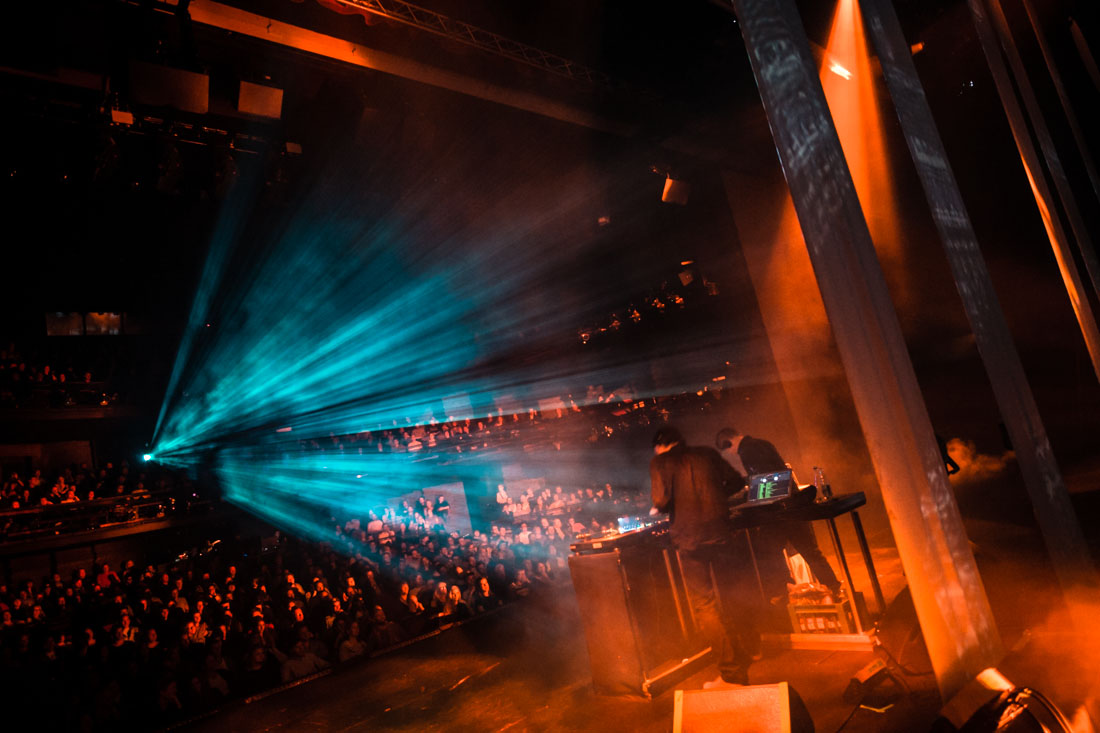 Lektion 3 it is free to stream and download – please consider donating so we can all have a Lektion 4 – so check it out here: densorteskole.net/lektion-3/ and also watch the great video!