I got to star in another movie! Wooohooooo! 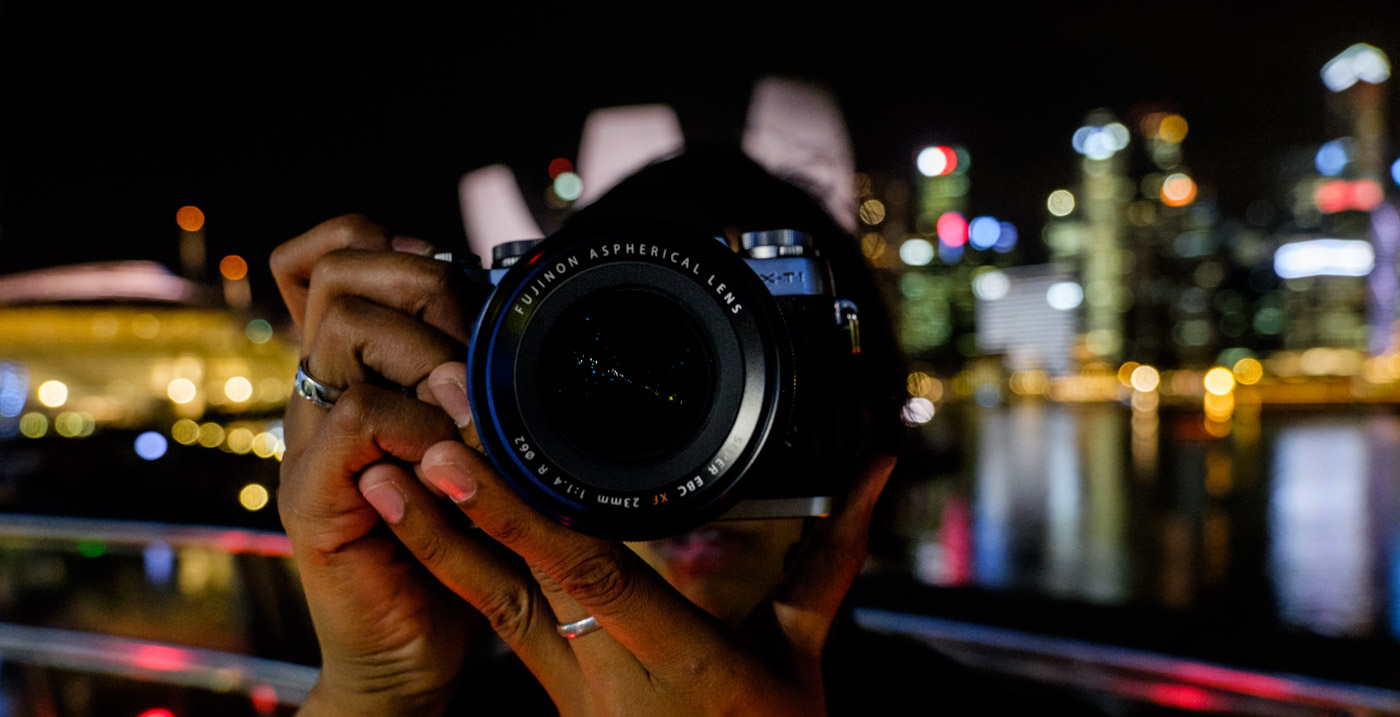 I’m ready for my closeup!

Directed, filmed and edited by Fujifilm X-photographer Charlene Winfred. You can read much more about the making of the movie on Charlene’s blog on her filming experience post. I am just going to add the filming experience from my viewpoint!

During the 3 weeks of filming, this was often my viewpoint: 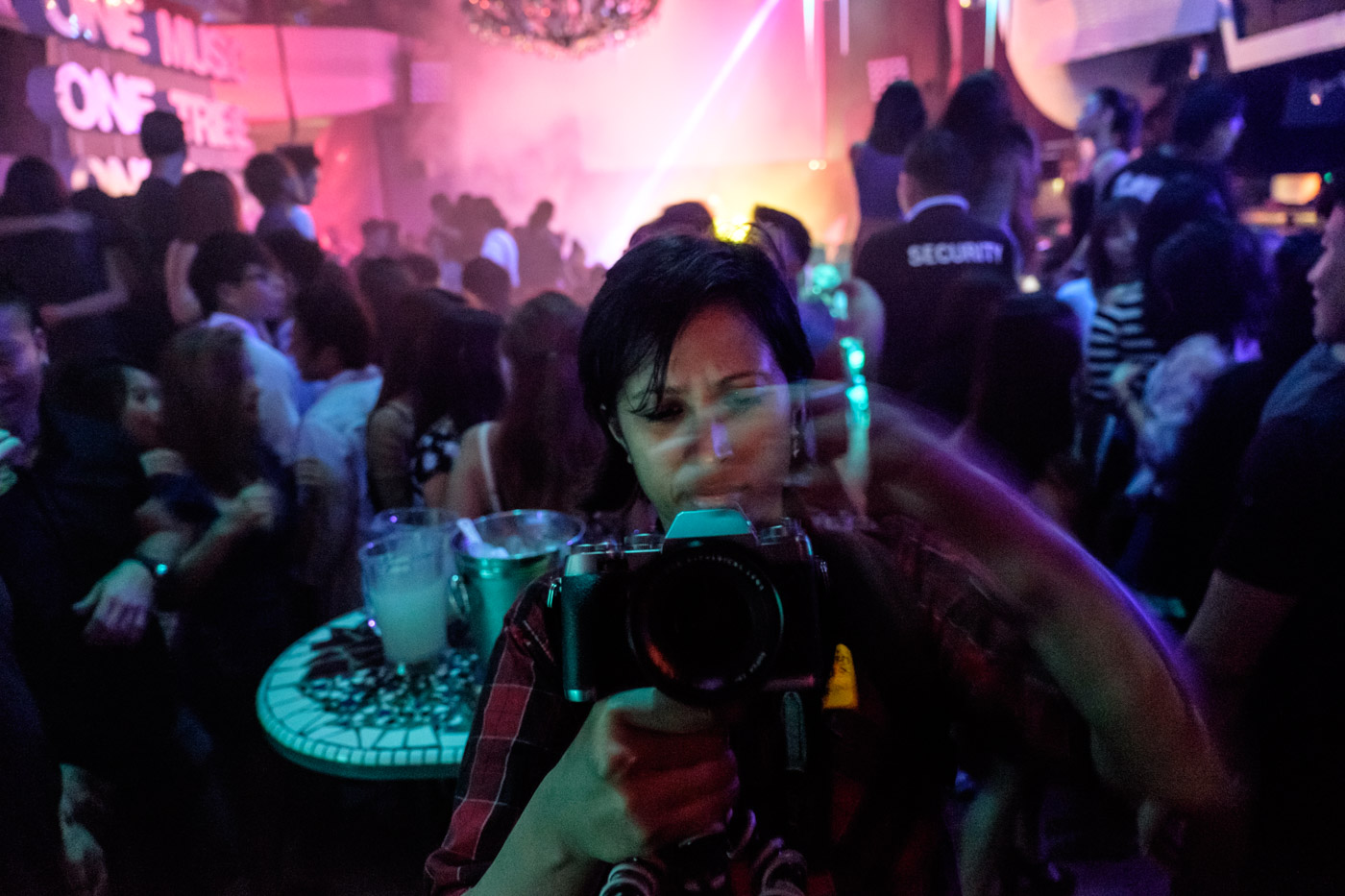 Charlene working faster than the camera can capture at Zouk Singapore nightclub.

Now, yours truly, Hollywood-wannabe-diva, is no stranger to having a camera pointed at me. Diva here has starred in 3 movies previously, including the epic Beyond – and I did a TV appearance too. It appears the camera likes me…well I tell myself that, it’s more that I like the camera to a worrying ego-out-of-control degree. Hollywood surely will call me very soon.

The director did her usual directing: “walk that way, slowly, no faster, no slower, no look, stop, point the camera, no the wrong way, the other way, behind you, in front of you, don’t do that, do that! No, do it again”. This is the director’s third movie but from how good she is at making her directions heard, she’s a veteran already! You’d think that filming in a loud night club would make it harder for the director to make herself heard, but no, not really. One advantage of filming in a nightclub, there’s always a bar nearby and I could pretend I was a big movie star with catering on set (that I had to pay for, but still, catering was available). 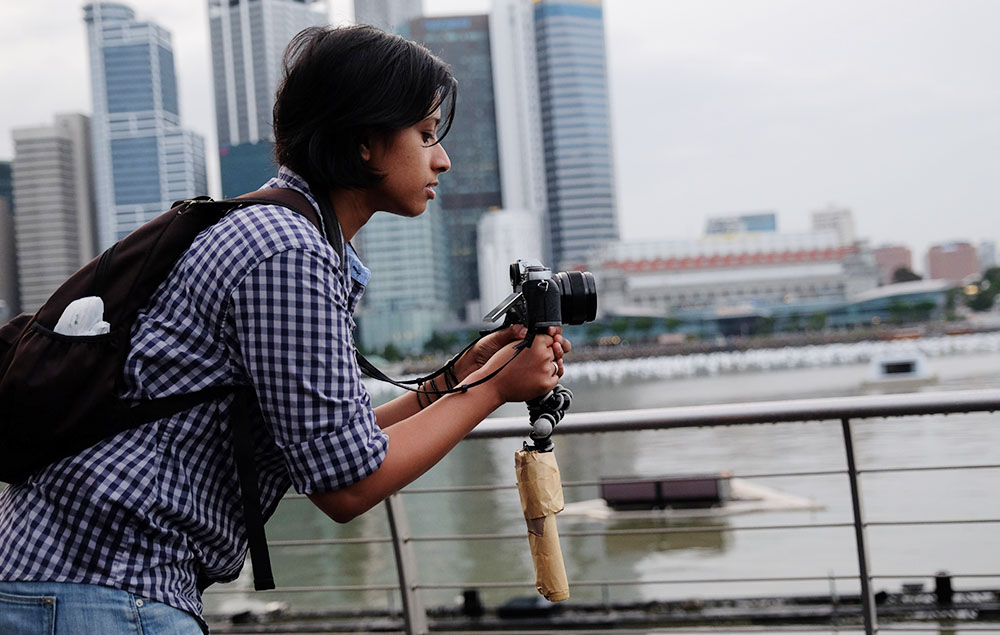 Charlene and the stick of dynamite.

Why is Charlene holding a stick of dynamite? Because we find, working like this, people give us more space! No, this is the patented Sinker-cam. That just happens to look like a stick of dynamite. Charlene needed to stabilize the camera with some weights and we ended up making the Sinker-cam. It is my gorillapod, with something like 3 kilos of Charlene’s father’s homemade lead sinkers for fishing. Add tape and you have a Sinker-cam that worked remarkably well. It made the security team at Zouk freeze for a few seconds until Charlene demonstrated what the dynamite was for. To their credit, they then happily let us use it. The security team at Zouk is probably the friendliest I have ever encountered, even after we pulled a stick of dynamite out of the bag, they were nice.

Did you notice those amazing closeups of the lens with the light beams sweeps in the movie? That’s all Charlene’s magic. She cooked up a $5 product shoot setup that ended up looking outstanding. Read more about the making of the product shoot on her blog. I assisted in the shooting of these scenes by holding the black cardboard and as such, I considered myself an integral part of their success. That is, until I discovered my hold-the-cardboard up skills could be replaced by a cardboard box.

Now, parading in front of the camera like a diva I can do. Voice over recording on the other hand is tough. I vote our next movie is a silent Buster Keaton throwback. I must have recorded the voice over 30 times. And that introduction of me at the beginning of the movie? 20 takes or so in different locations. If Singapore’s noise level didn’t kill the take, then I would surely trip over one of the words. Yes, silent movie next!

This was fun! What a great project this was to work on. It featured inputs or collaboration from Japan to Portland to Copenhagen to Singapore. And I was thrilled to be featured in a movie about what I love shooting the most, music photography.