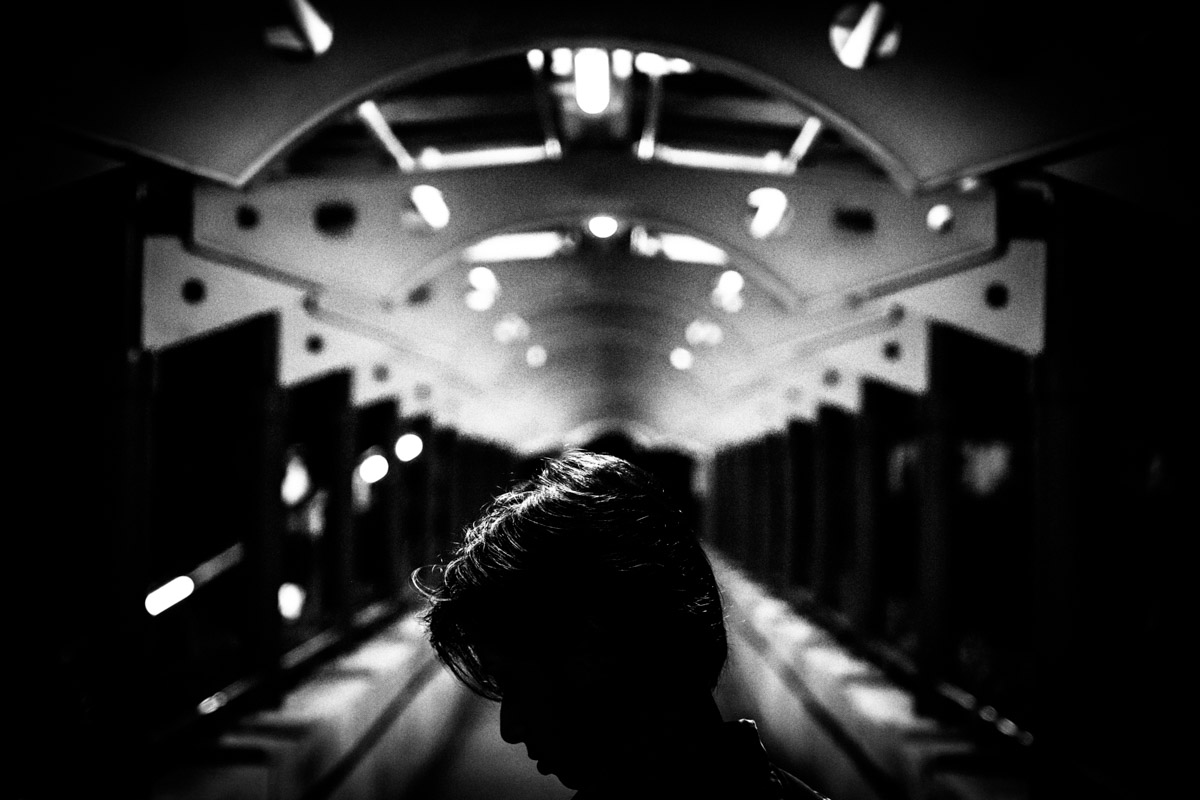 From the suburbs, we head for the light.

The main subject for the Fujifilm 16-55mmF2.8 promotional shoot was the two nights at Zouk nightclub (pictures here and here, and movie here), but we did also do a lot of night shooting and filming in Singapore at night. I can never find anything I like to shoot in Singapore during the day, but at night the city is interesting and quite often very epic – especially around the mindblowing Marina Bay Sands area. I have written about Nightwalking in Singapore before, it is one of my favourite things to do in Singapore.

Not much of this footage nor pictures was used as Zouk and the music photography was the main project for the promotional campaign, so here’s a small selection, all shot on the Fujinon 16-55mmF2.8 lens. Apart from the first image, the rest is straight out of camera jpegs. 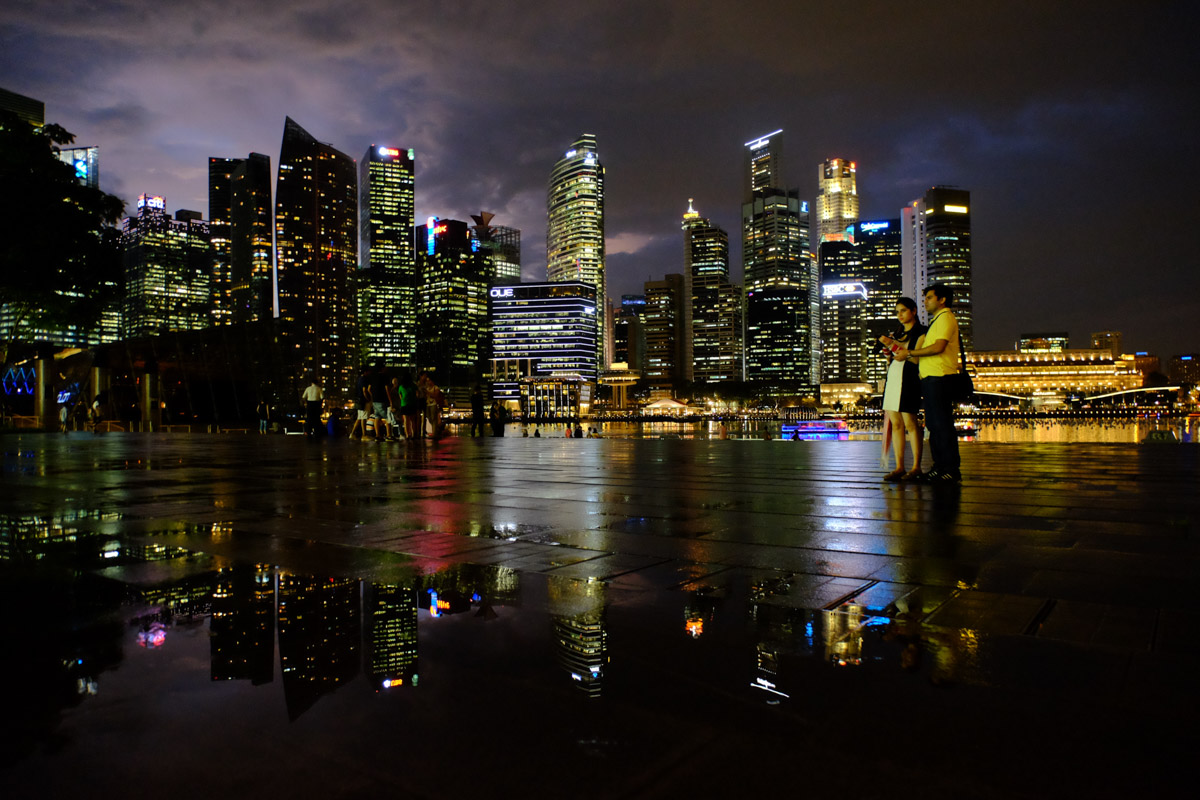 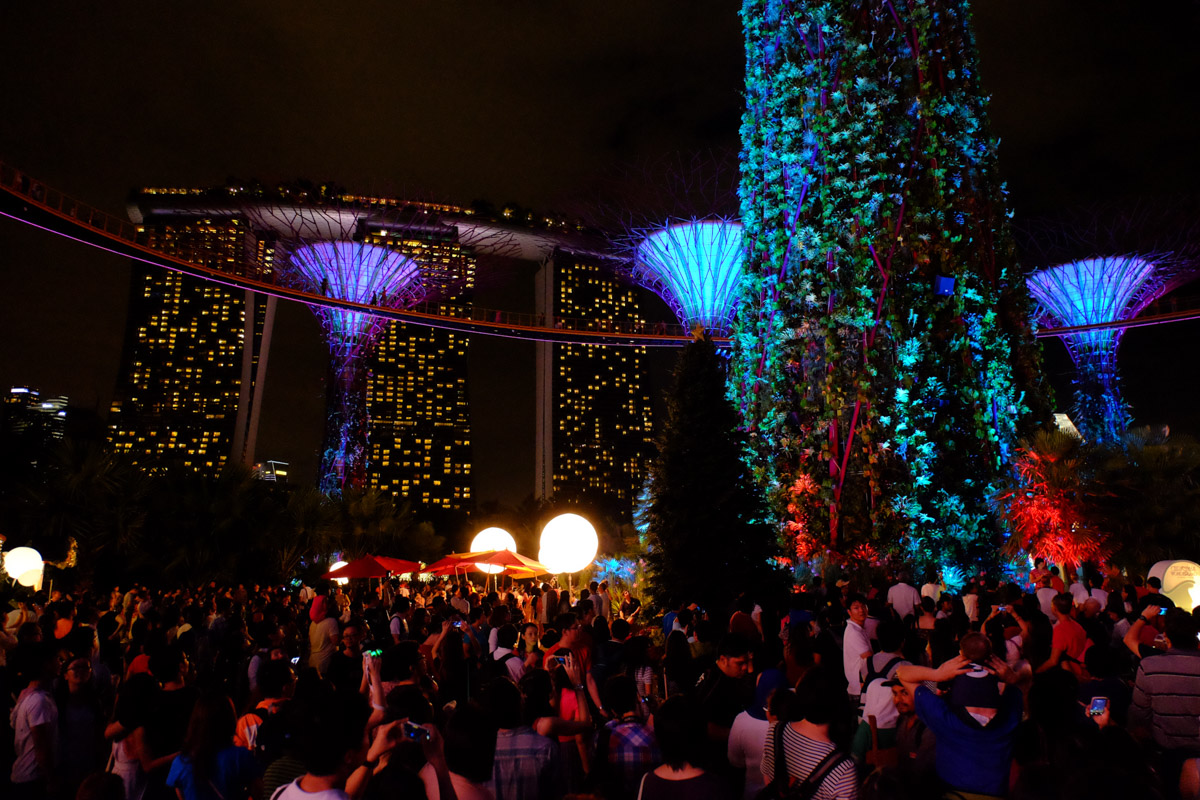 Loads of people at Christmas at Gardens by the Bay, world’s most expensive building in the background…it is still quiet, well sort of…

The worlds most expensive building then joined in, with the nightly out of this world lasershow 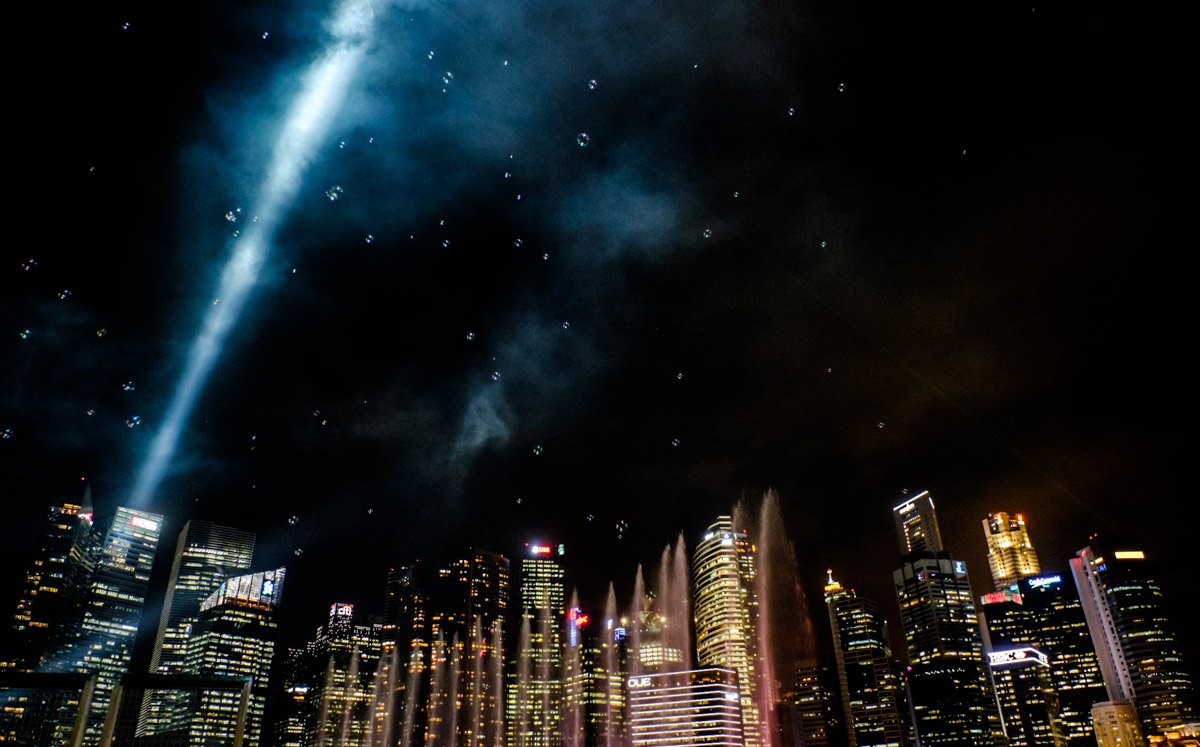 And then the Bat signal was lit, the soap bobbles came out, the party started, it was time to go to Zouk nightclub.

Charlene was making the kick-ass Fuji promotional movie (read behind the scenes fun here) so a lot of the time my view of the city was much improved! Not only did it look like this, it also came with a lot of polite instructions from the director (go back, forward, sideways, stop lookup, no up!, no! not so much, no don’t, argh….do it again!). Loved it! 🙂