For the past 3 weeks I have had a prototype of the Fujinon XF16mm F1.4 lens on loan from Fujifilm to test, review and shoot sample images.

I use wide angle a lot in my work and I have been looking forward to the XF16mmF1.4 for a long time. I am a sucker for the wide shot and often in my music photography I need to create a dramatic look. Wide angle lenses and I were made to join forces in our quest for the epic. Fuji already produce some really nice wide angle lenses, but this one promised an aperture of F1.4 and I need speed in my nightclub photography.

I am not a technical reviewer, I do not go into all the technical specs of the lens nor do I shoot test patterns or studio shots. Actually I am not a reviewer at all, this is me working with the lens in real situations and my impressions after 3 weeks of use. Some of the images will be grainy due to io6400 as I used the lens in the dark environments I normally shoot in, not in perfect studio conditions. I have not specifically gone for shooting at F1.4 all the time (actually a few times I wanted to but accidentally moved the aperture ring to F1.6) but most of the images are all in the F1.4-F2.0 range – a range no other wide angle Fuji lens can do. On many of the images I have chosen to post the same in camera jpegs as I have delivered to Fuji – I continue to be amazed at how good the in camera jpegs are. Please, note that this is a prototype lens, not a finished product.

I work as a commercial music photographer shooter, and I have used the Fujinon 14mm F2.8 lens very often when working music events and it is absolutely a great lens. But it is only aperture F2.8 and sometimes it is so pitch black in these clubs that I need F1.4 to capture what tiny bit of light there is. So the 16mm F1.4 promised to be the perfect music wide angle lens and obviously the first thing I had to do was test the 16mm in a nightclub.

Culture Box, one of the very best clubs in Copenhagen, very kindly allowed me access to shoot with the 16mm lens on a Saturday night in late March. The main room in Culture Box is appropriately called Black Box – it is close to a dark hole in the universe, bathed only in the slightest of red light. No problem at all because the 16mm lens really lives in this pitch black environment. Set the aperture somewhere between F1.4 and F2.0 and iso at iso3200-6400 and I have nightvision! The 16mm feels and operates is very much like the 14mm but the difference between F1.4 and F2.8 literally is night and day at times. The red light is difficult to capture but the dynamic range of the Fuji X-T1 and the fast 16mm lens makes it possible, the red shadows may be somewhat grainy (I happen to like grain) but the entire dynamic range of the reds are captured with no clipped highlights.

After using this lens at two club nights, there is no doubt for me. This is the perfect wide angle for music photography! It is super fast at F1.4, the pictures are extremely sharp and detailed and I highly recommended it. It will be a permanent lens in my bag whenever I go to work to capture beats in the dark.

The following is a selection of my work from Culture Box. I have chosen to leave the images as unprocessed straight out of the camera jpegs, the same images I delivered as samples to Fuji. It really is quite astonishing how good jpegs the X cameras deliver. Bear in mind this is a prototype lens, not a finished product. 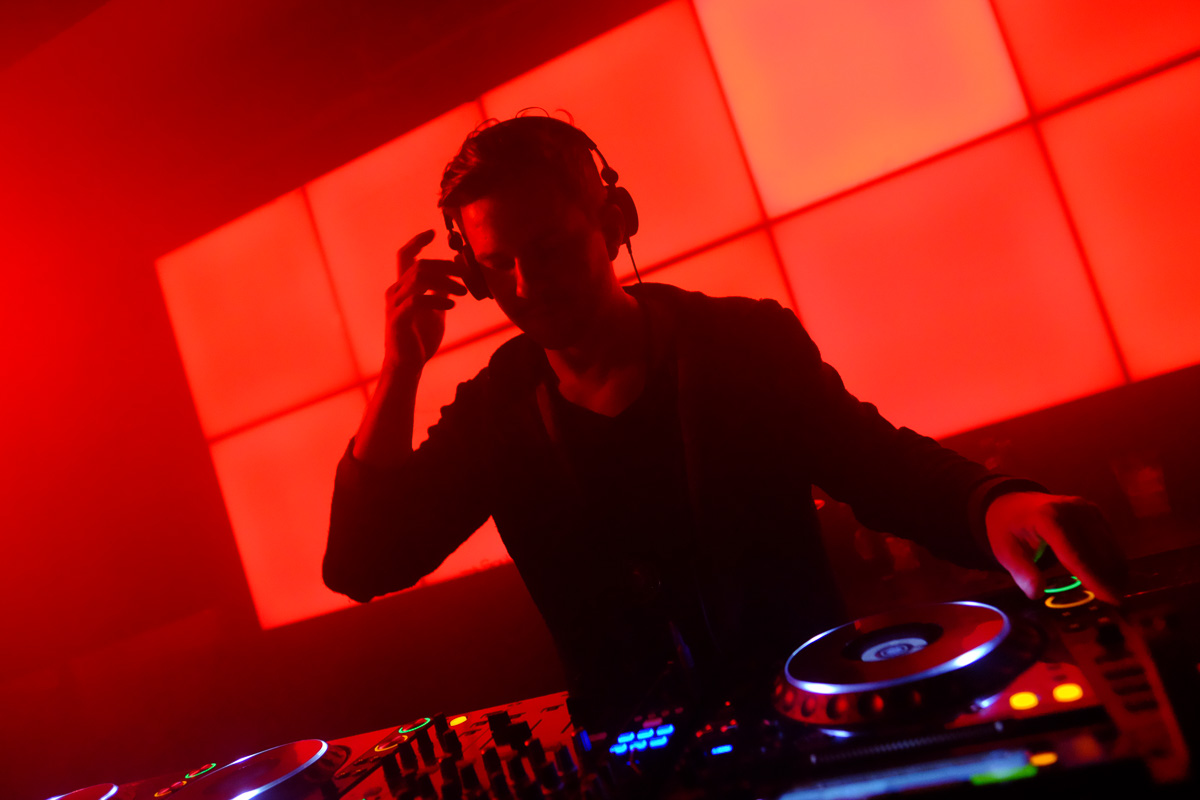 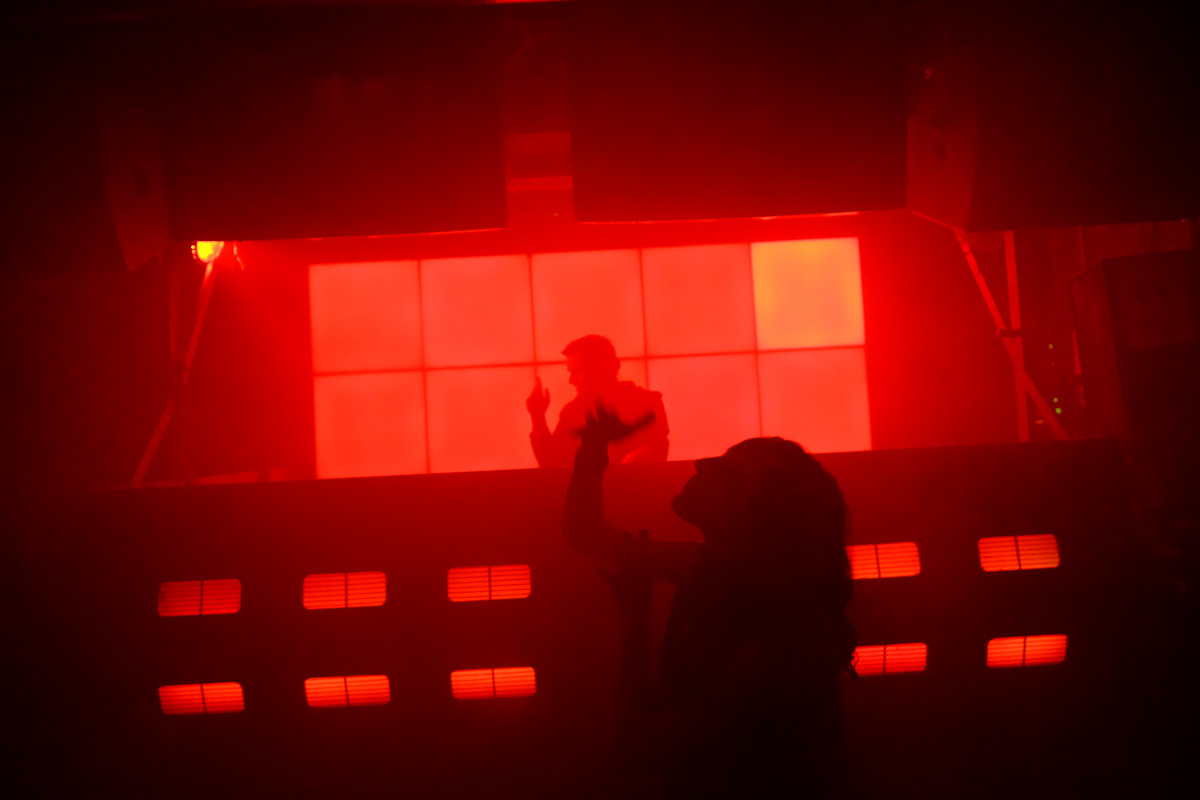 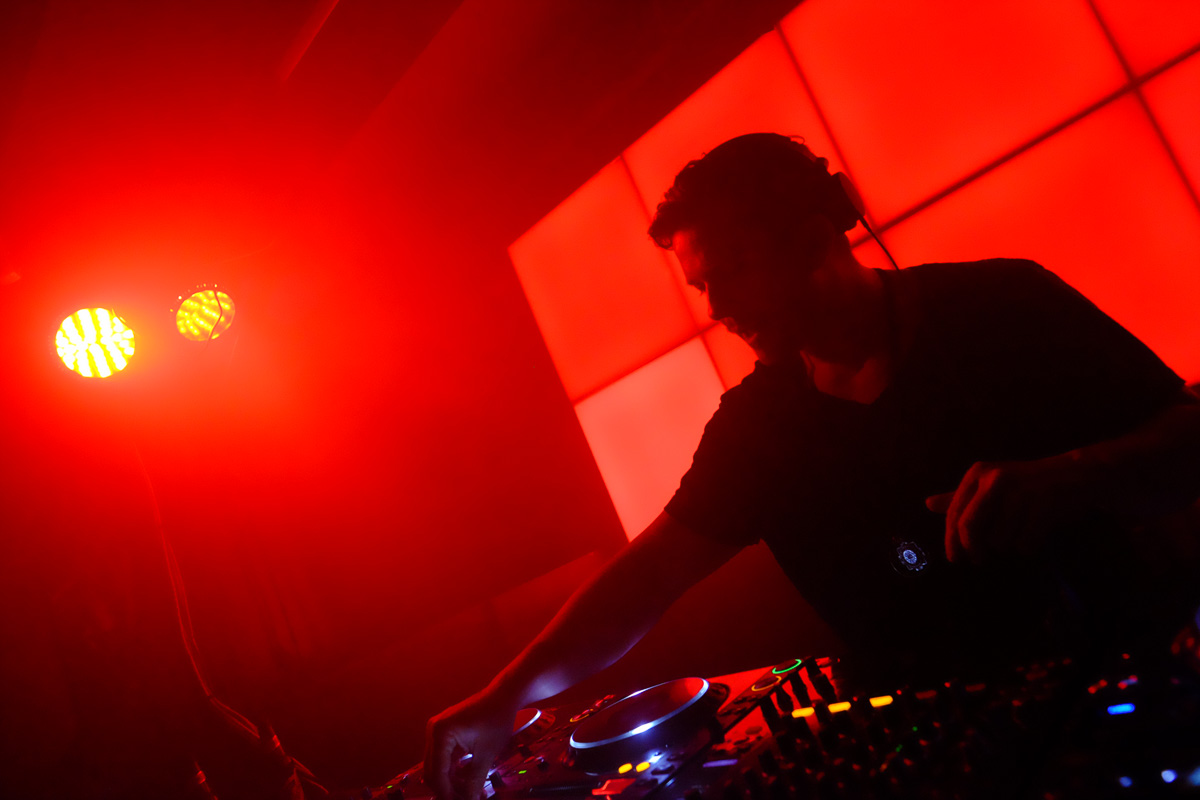 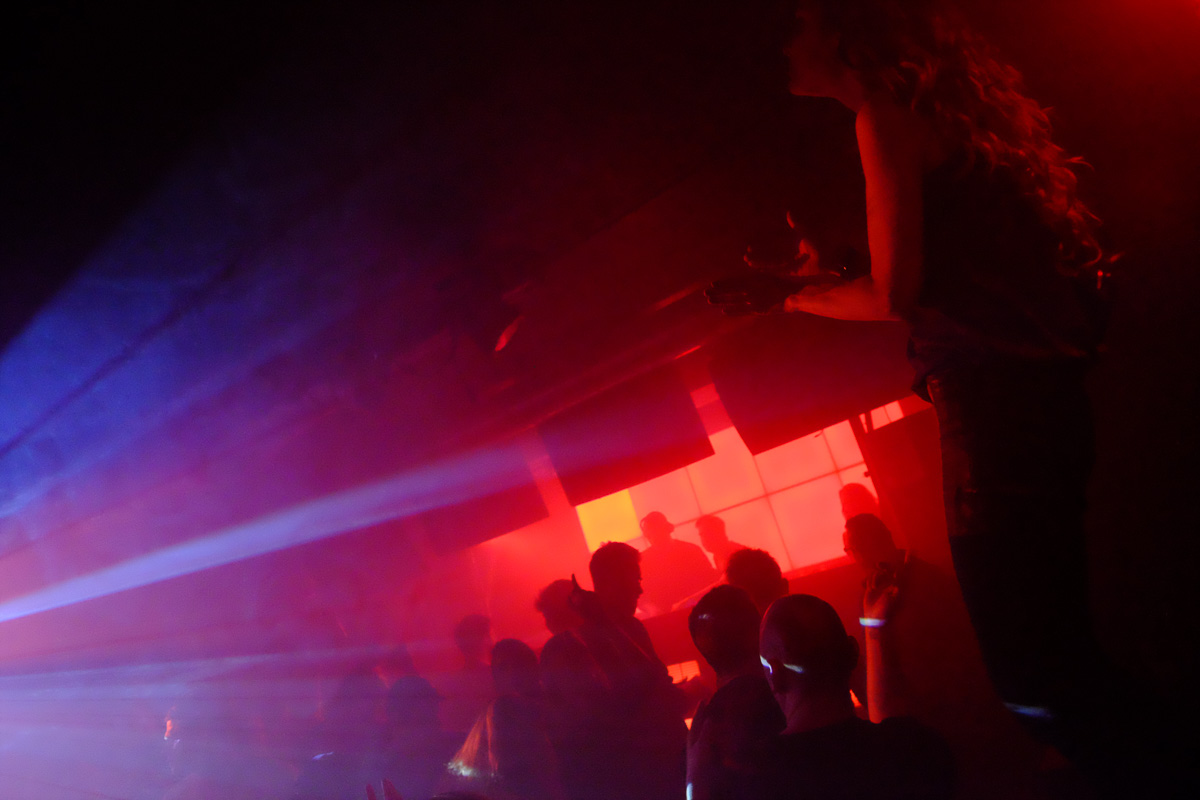 I am no expert at all in astro photography. But the 16mm F1.4 really is ideally suited for this so I wanted to do something special that included shooting a night sky. After returning to Perth, Australia, Charlene and I rented a car and headed for the excellent Nambung National Park. This place is rather alien looking and a great place to test the lens at astro photography. That is, if it would stop raining! Argh! Darn weather! It never rains in Perth right? Well it has been raining and raining. Every day I looked up at the sky and cursed the weather gods. Finally one Sunday, deadline running out, Charlene and I took a chance, headed north and were really lucky with about 3 hours of no rain and only some clouds.

Charlene was testing her new Fuji video rig, and she discovered just how good her new Cineroid video light also served as a light source for our night shots. All of these pictures are basically lazy me sitting behind the tripod on my ass (a behind the scenes post is forthcoming!) and Charlene coming up with a lot of cool shots. I particularly love the first one where Charlene is holding a star in her hand!

These pictures are all unprocessed in camera jpegs, I want to show you the sample images straight out of camera. Again, bear in mind, this is a prototype lens. 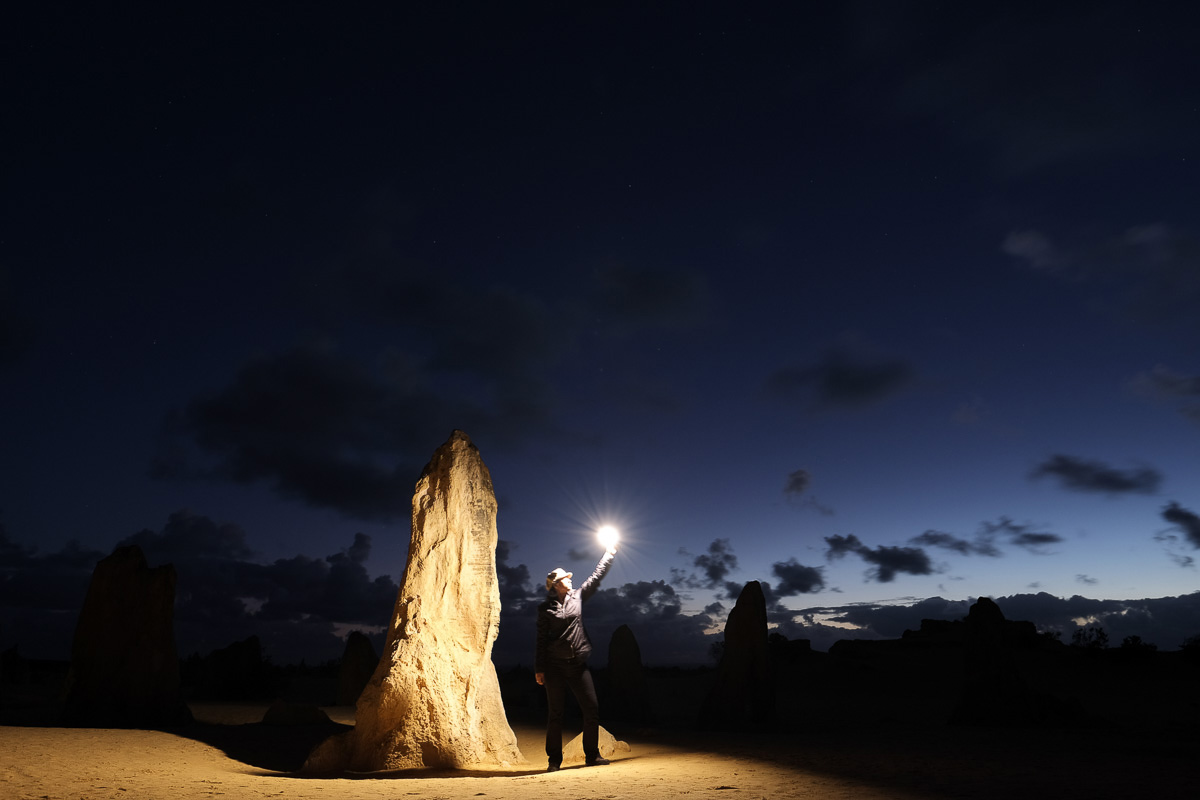 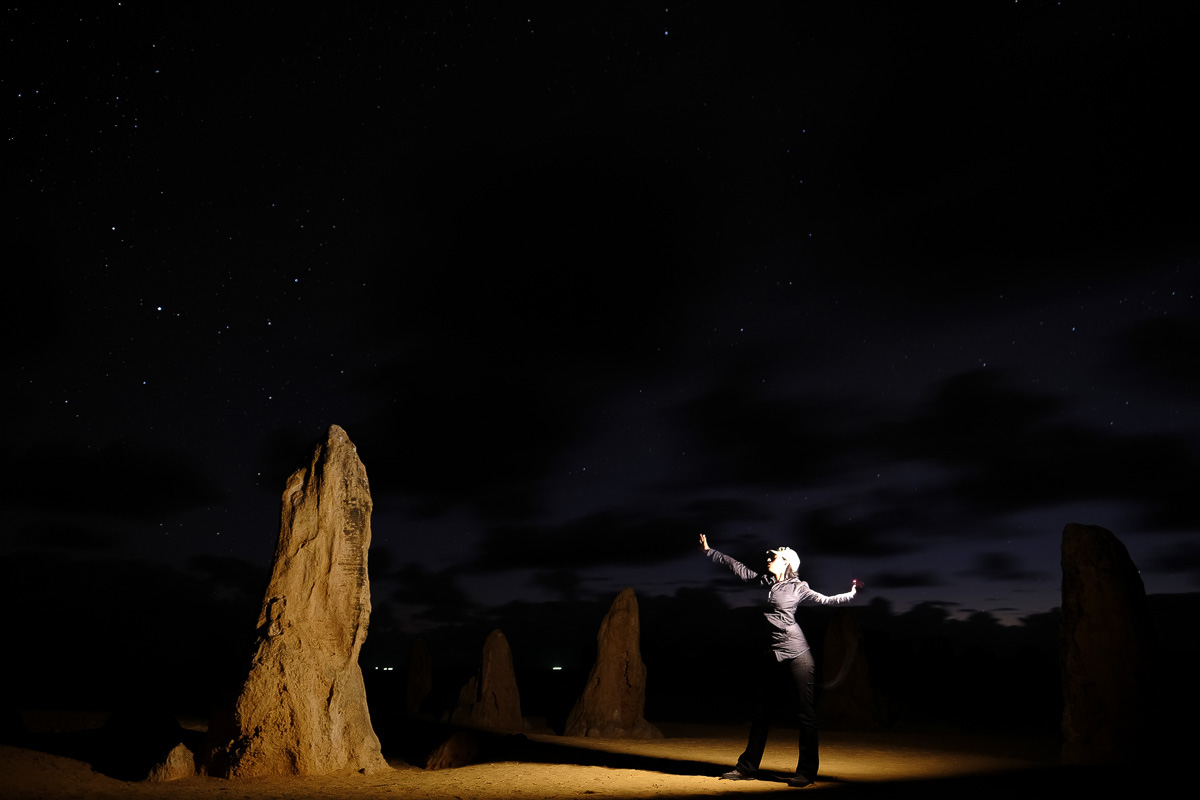 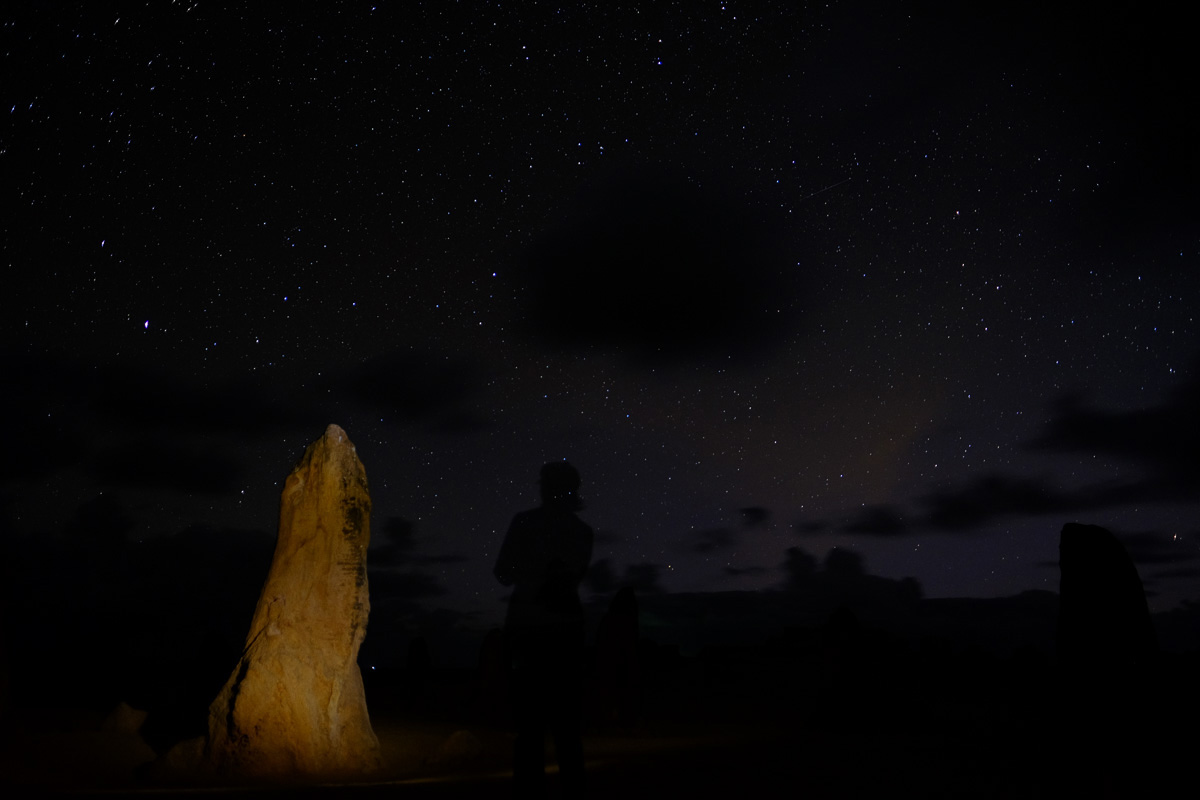 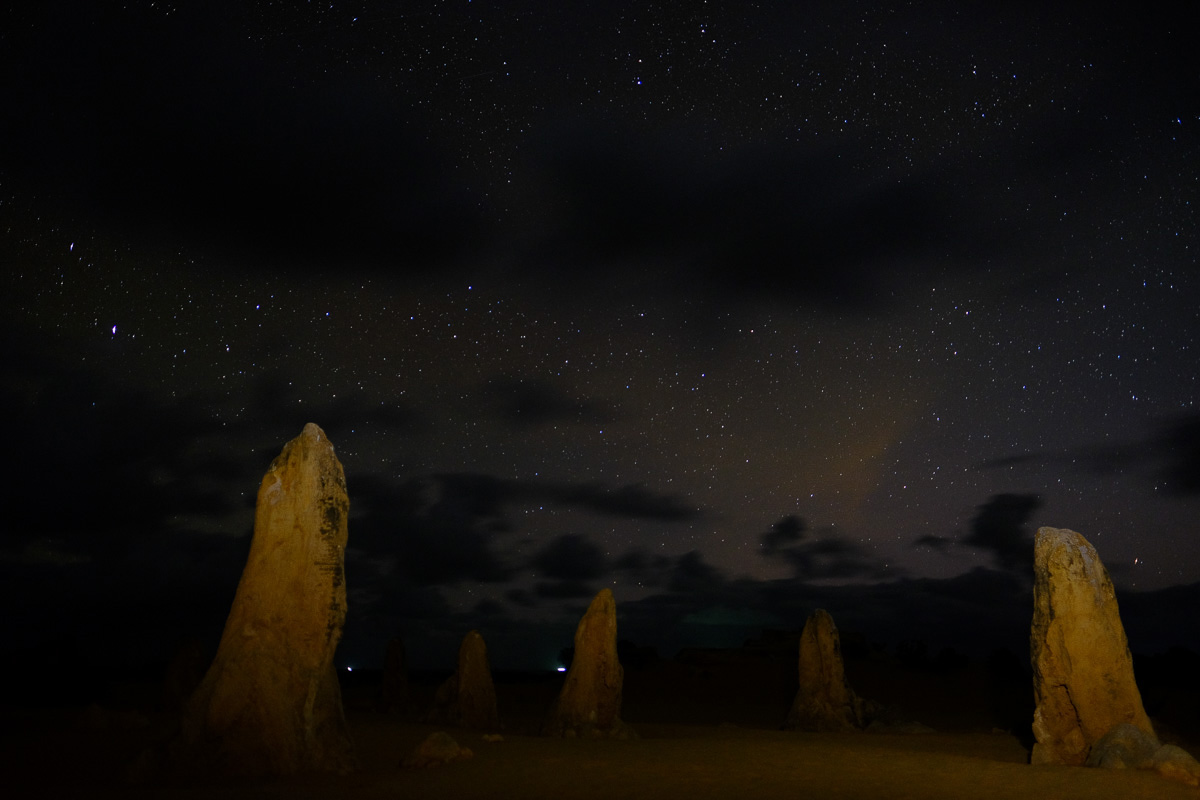 I know very little about macro photography, but I was just goofing around with the lens and discovered that I can focus on objects only 5cm away! Actually, the minimum focus distance of the lens is 15cm but since the lens itself is about 8cm long and the lenght of flange back is 2cm then you can focus on your Boba Fett keyring standing only 5cm from the lens. The bokeh is really rather nice on this lens too and it is quite amazing how much out of focus you can get the background on a 16mm lens. 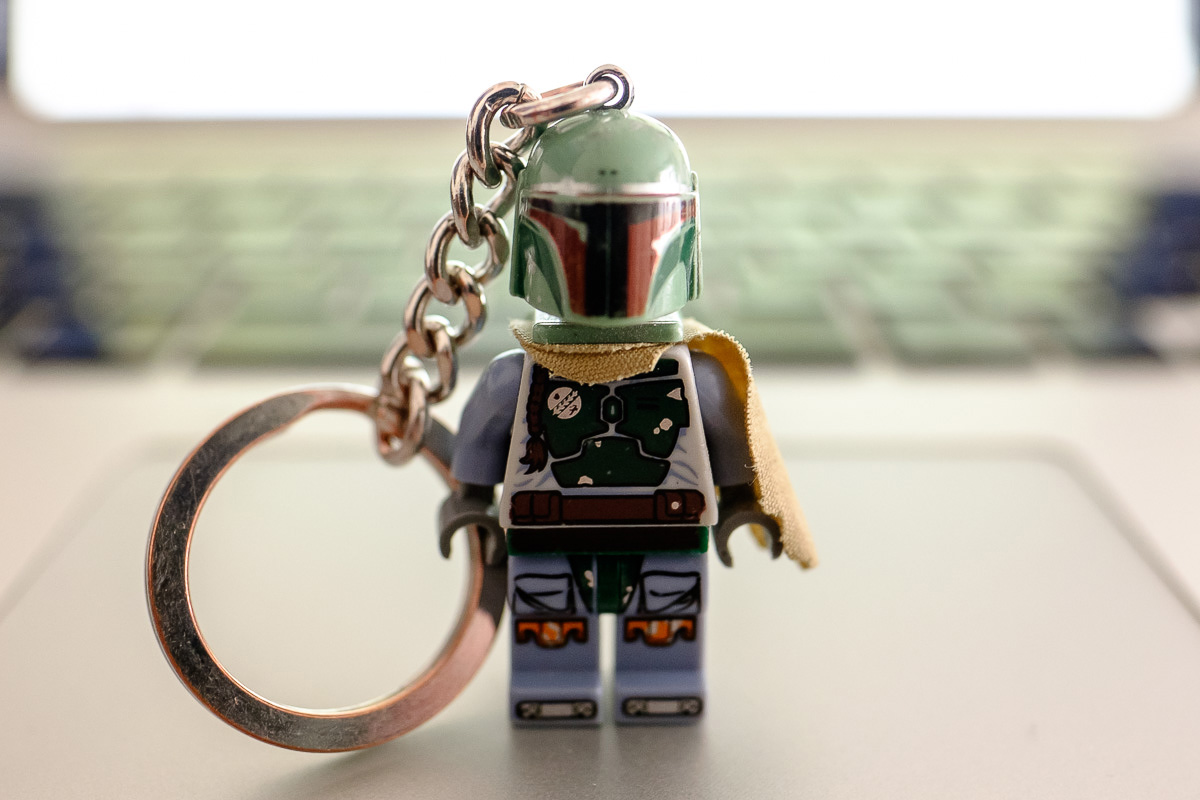 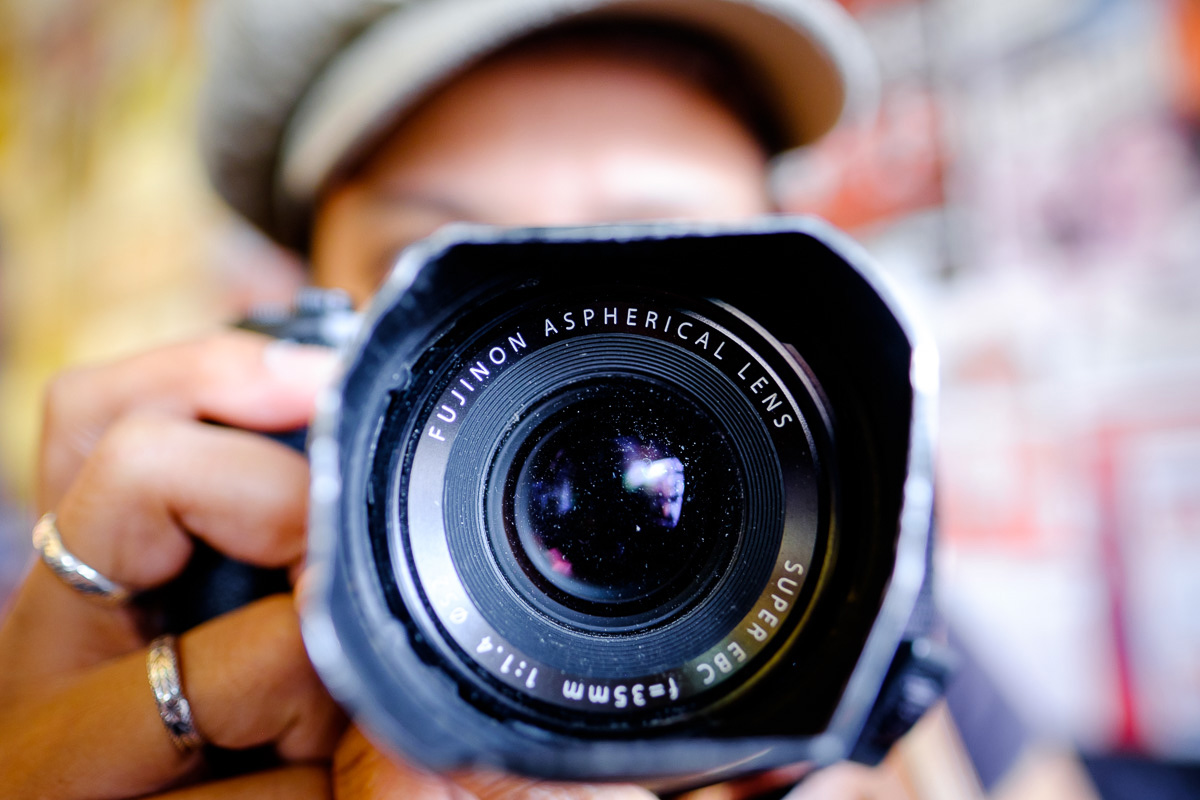 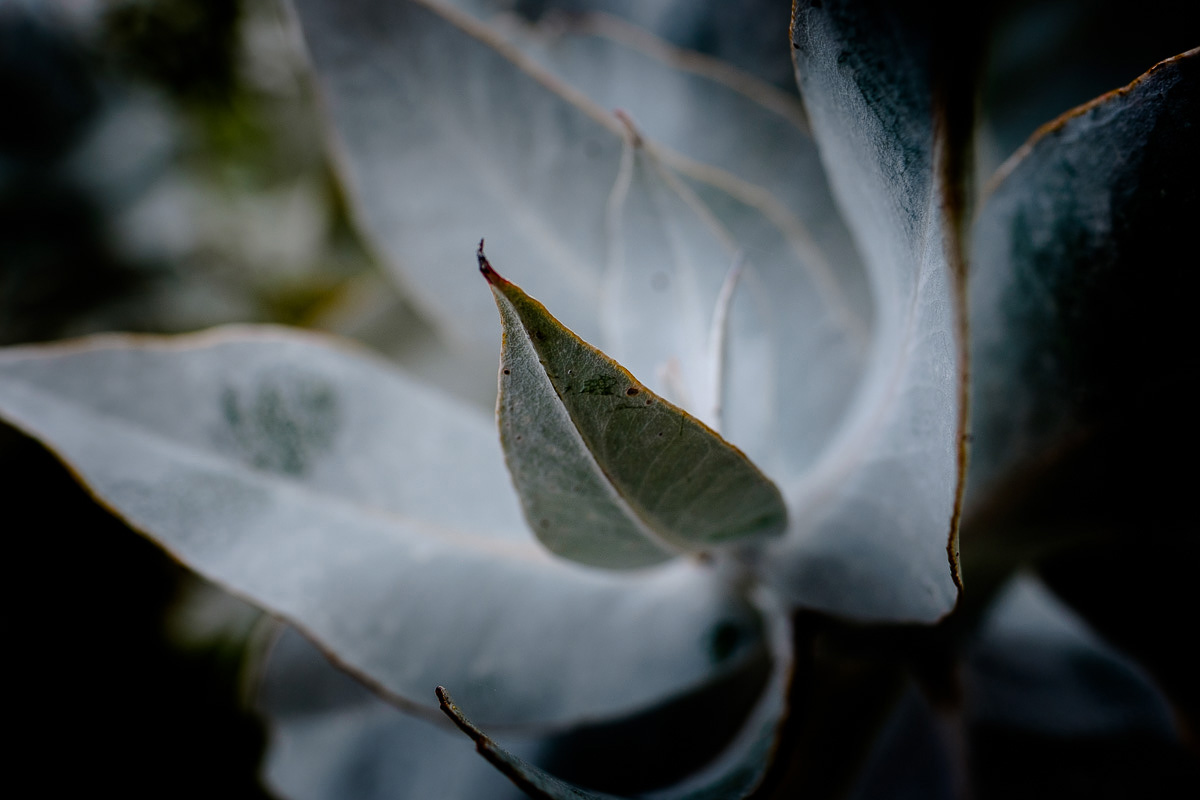 A small selection of random images I made during the 3 weeks where I have carried and used the 16mm lens every day, shooting over 800 images. 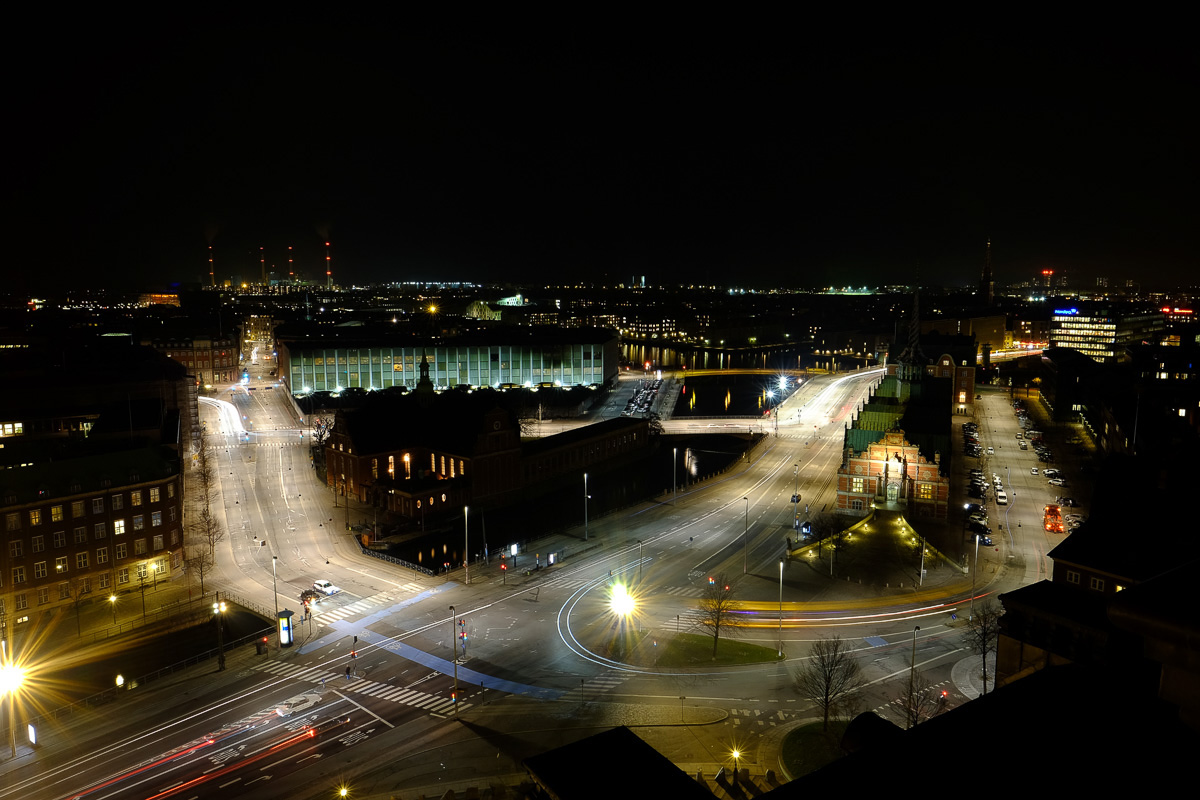 Copenhagen at night. It was freeeeeezing cold making this shot.  16mm lens, 17 sec at F11.0 – in camera JPEG 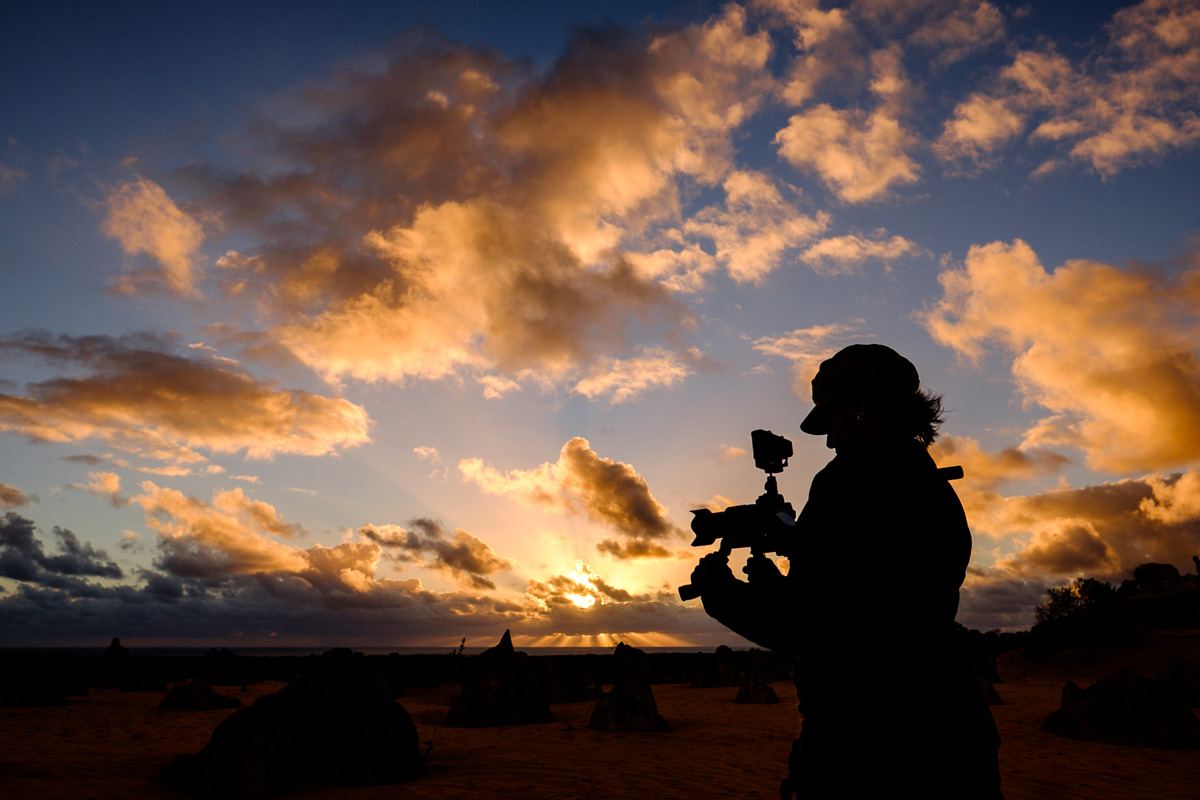 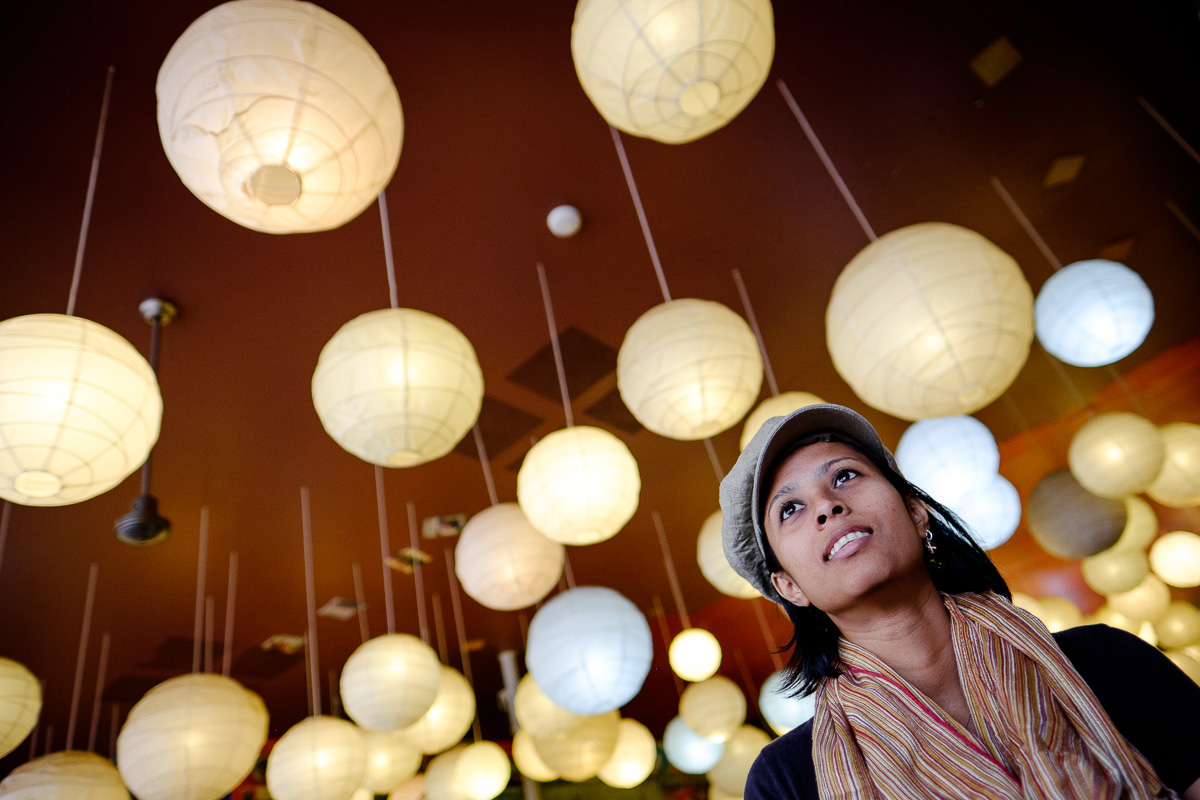 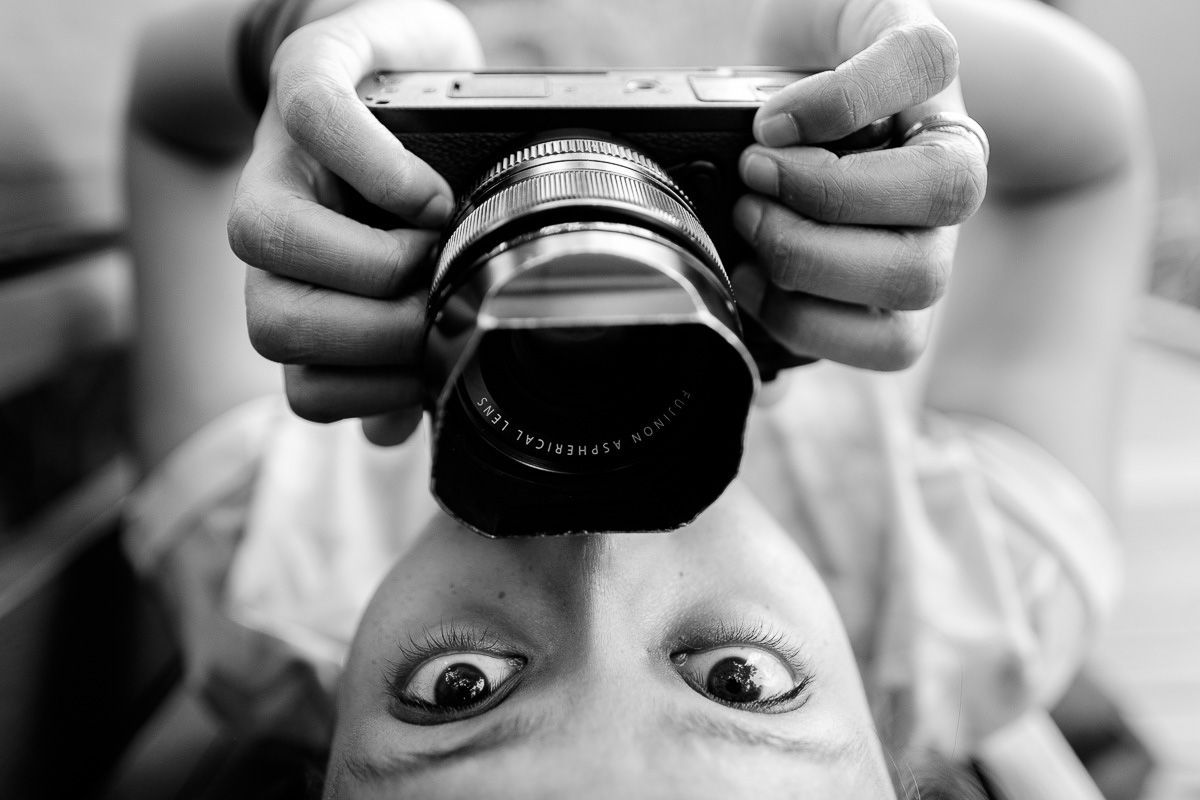 Australia is the land of upside-down! 16mm lens F1.8

Summary of my impression of the Fujinon XF16mmF1.4 lens

Thank you very much to Fujifilm Japan, Fujifilm Nordic, Culture Box in Copenhagen – and the most magic of all, Charlene Winfred.

Finally, a picture of yours truly and the 16mm wideangle wonder. Picture by Charlene Winfred. 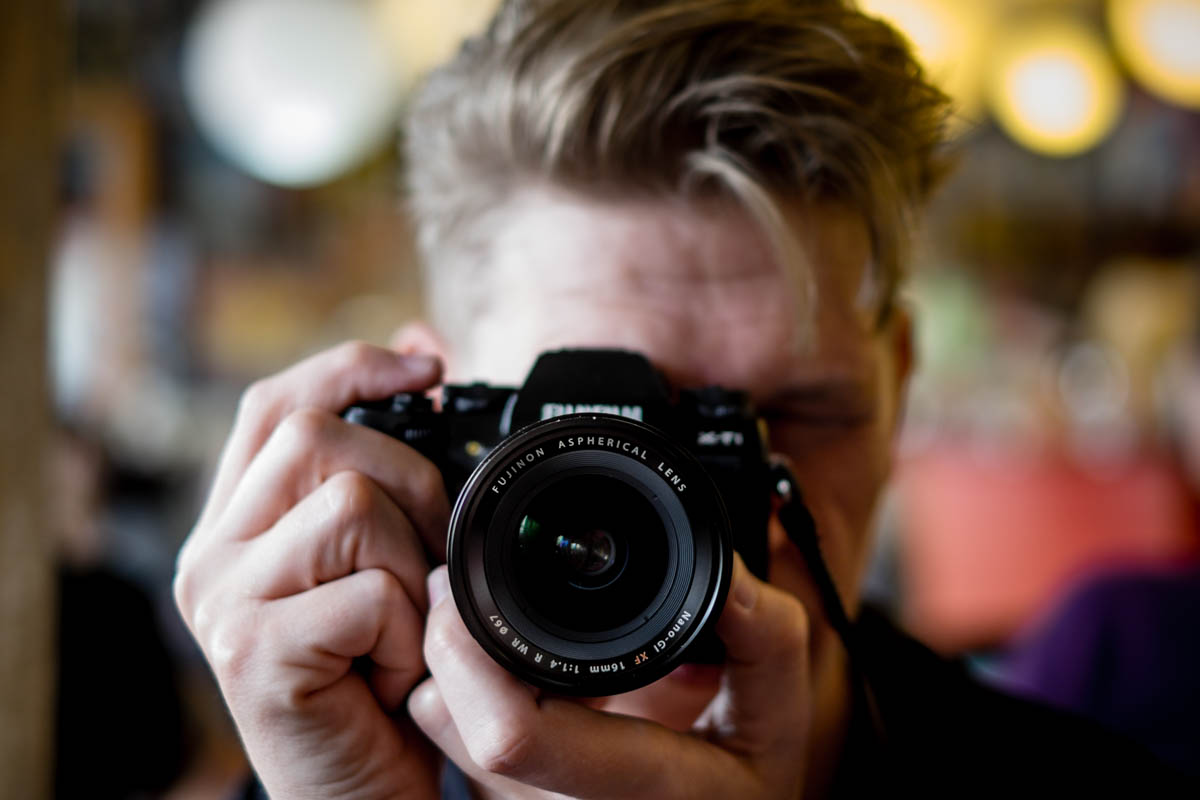 Me and the 16mm. Picture by Charlene Winfred.