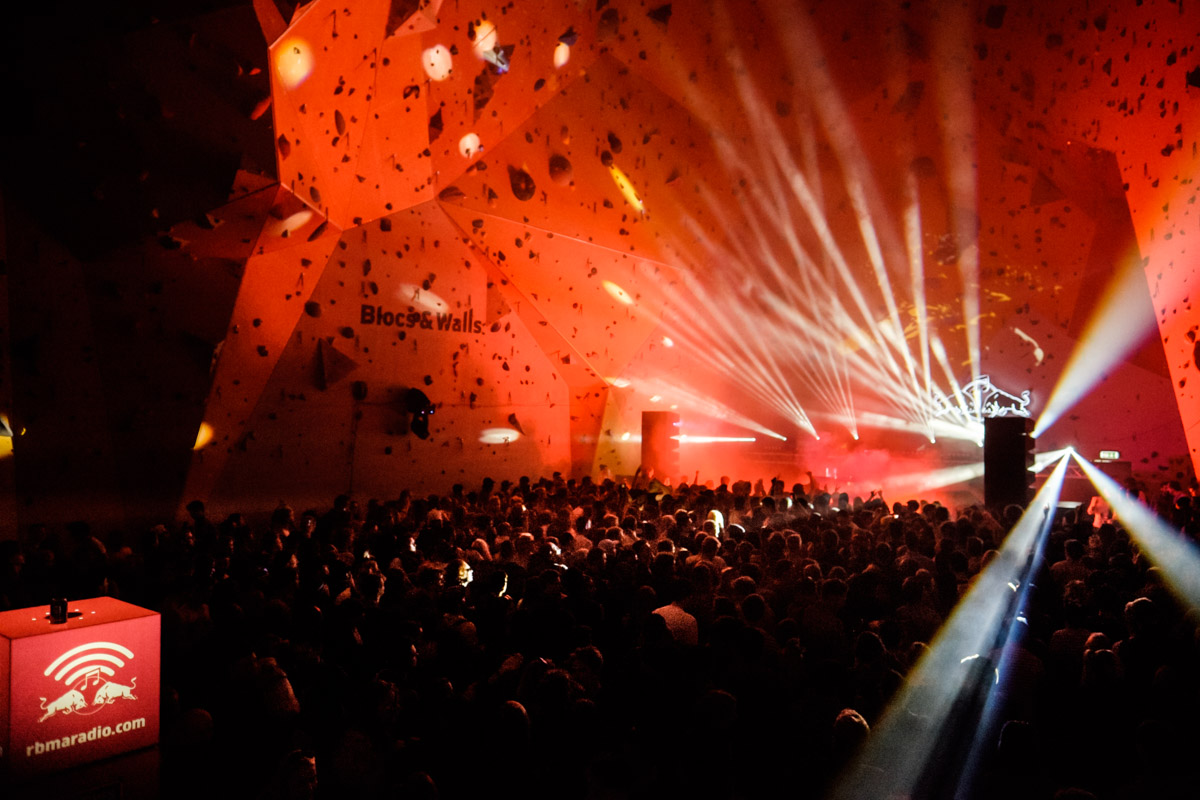 Two days after shooting the Red Bull Studios live streetparty at Distortion, the 2-day final Distortion Ø (Danish for island) party kicked off. Charlene and I again worked for Red Bull, delivering images to Red Bull Music Academy who that had brought in some big international names for the final party.

The RBMA party took place over two days inside Blocs & Walls, a huge indoor climbing center in Copenhagen. The room worked extremely well. I have shot many events but this has to be one of my favourites. It was a pleasure to work this room, capturing the great artists, taking in the great sound and utilizing the fantastic visuals from Dark Matters to the fullest in every frame. 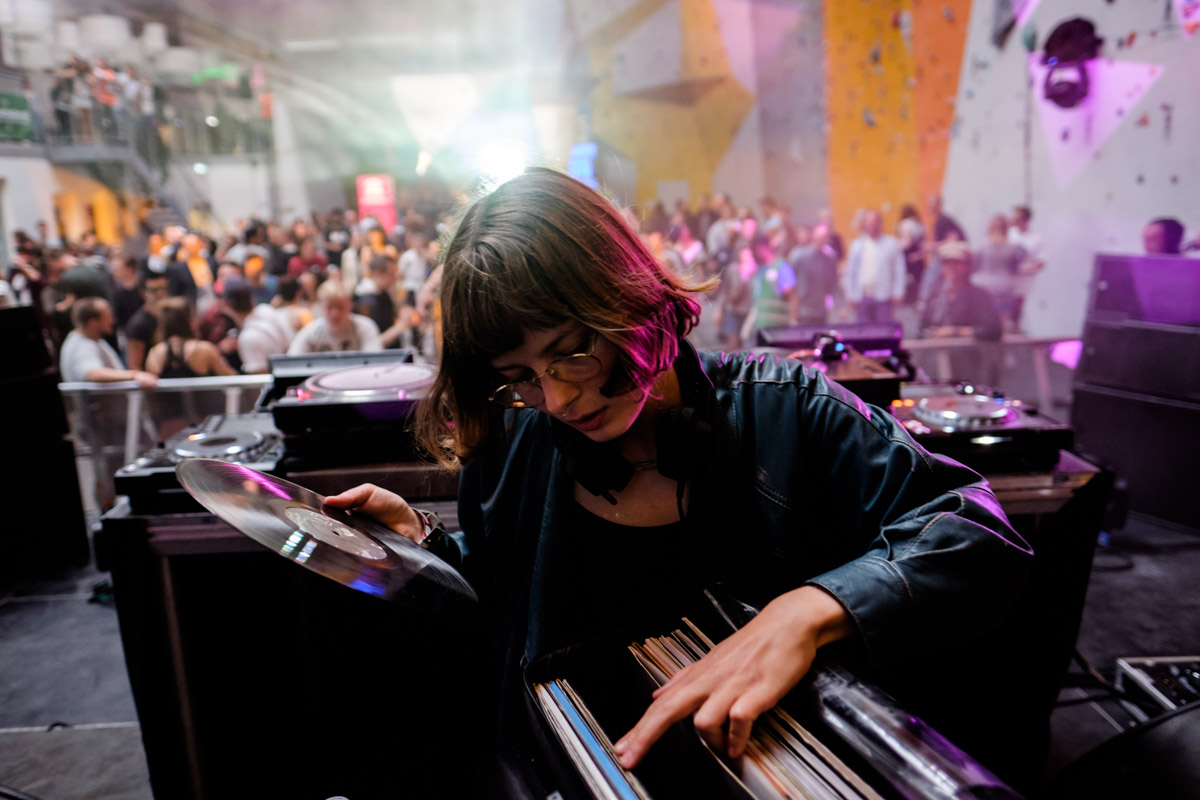 The superb Danish Techno Queen Courtesy looking for the next tune. 16mm lens 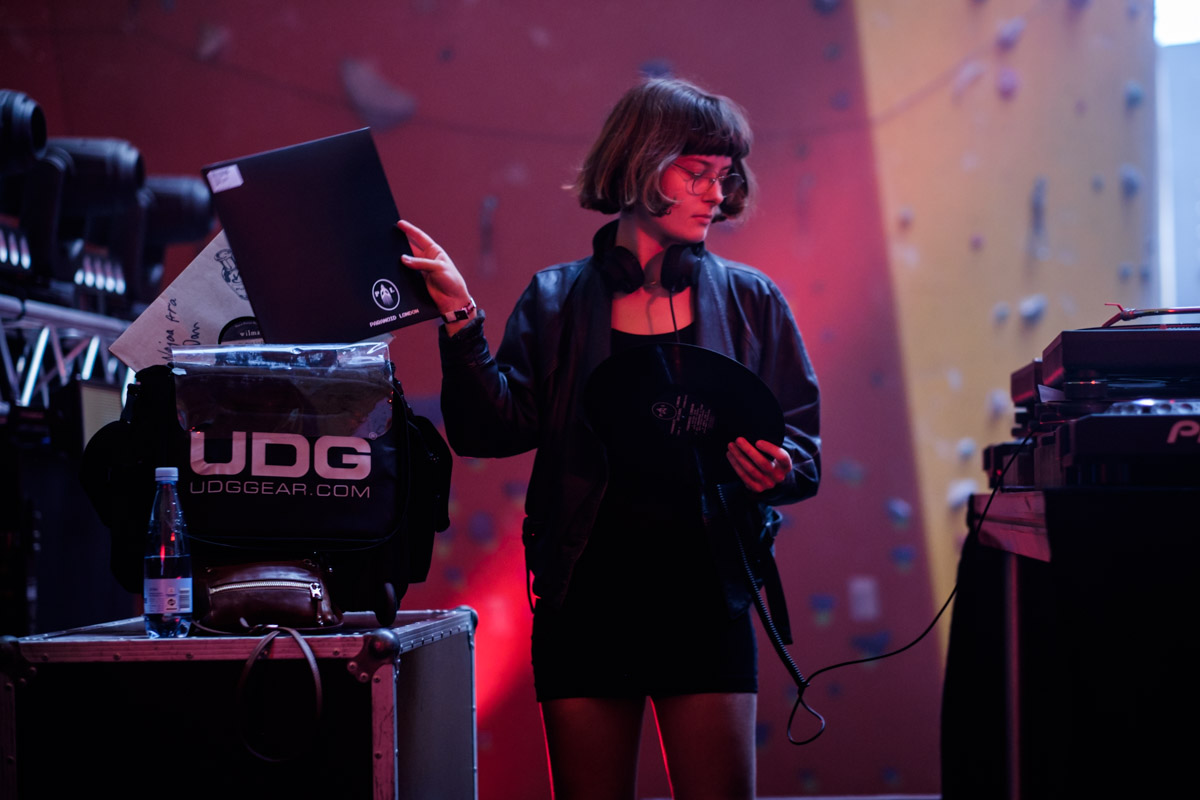 Got it! A rare 56mm shot from the event 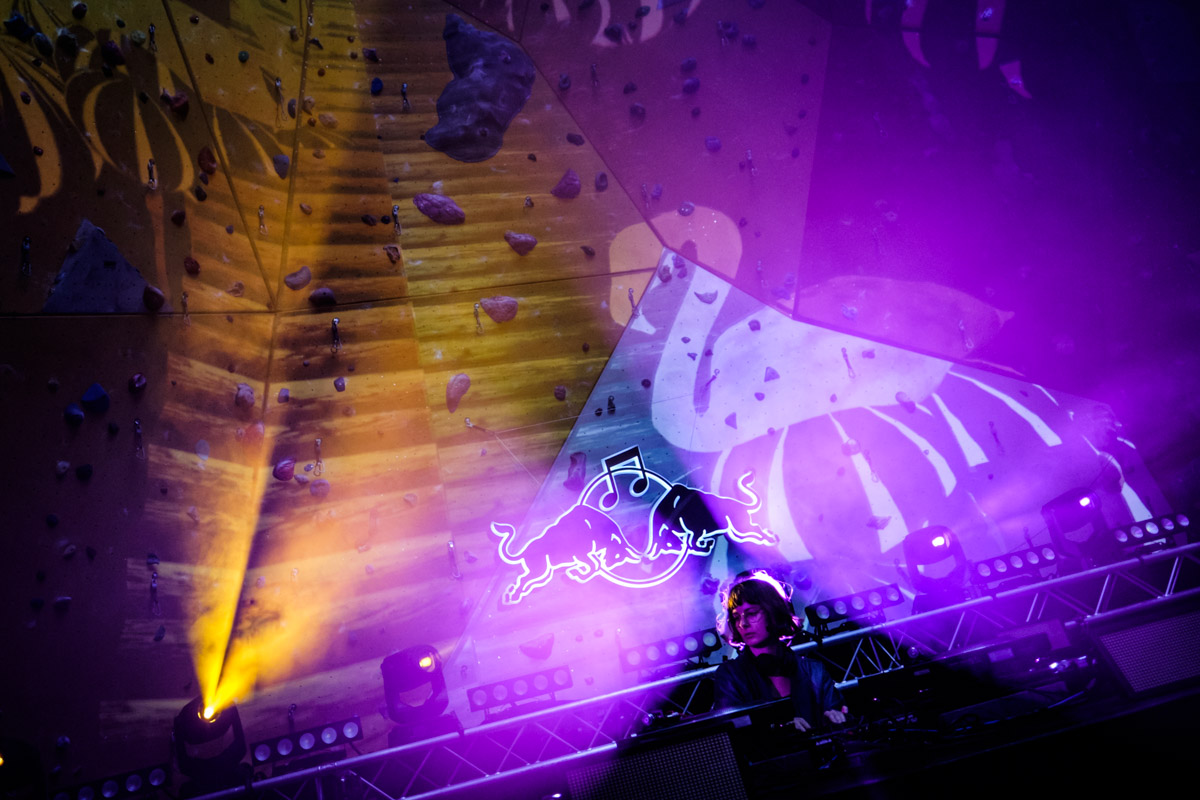 Courtesy opened day one with a great set. 35mm lens.

Over the past years I have gotten into the habit of shooting these events with two Fuji X-cameras, usually the X-T1 and then something else, an X-pro1 or X-E2 (before that, it was an X-pro1 and an X100). It is nice to not have to change lenses, but I started to feel it just made my work more hectic. Having two cameras just meant I shot more, not better. Charlene and I worked this event together and between us we would have the shots we need, I did not need to run around frantically capturing every angle for every artist.

I feel the images I made benefitted greatly from of course first and foremost covering the event together but also using just one camera. It is the first event in a long time where I could shoot slow (well halfway slow). If one of us is working on stage, the other will go in the crowd or somewhere else. So if I saw something I liked I had the luxury of spending time till all the elements, the light, the crowd and the artist was just right. 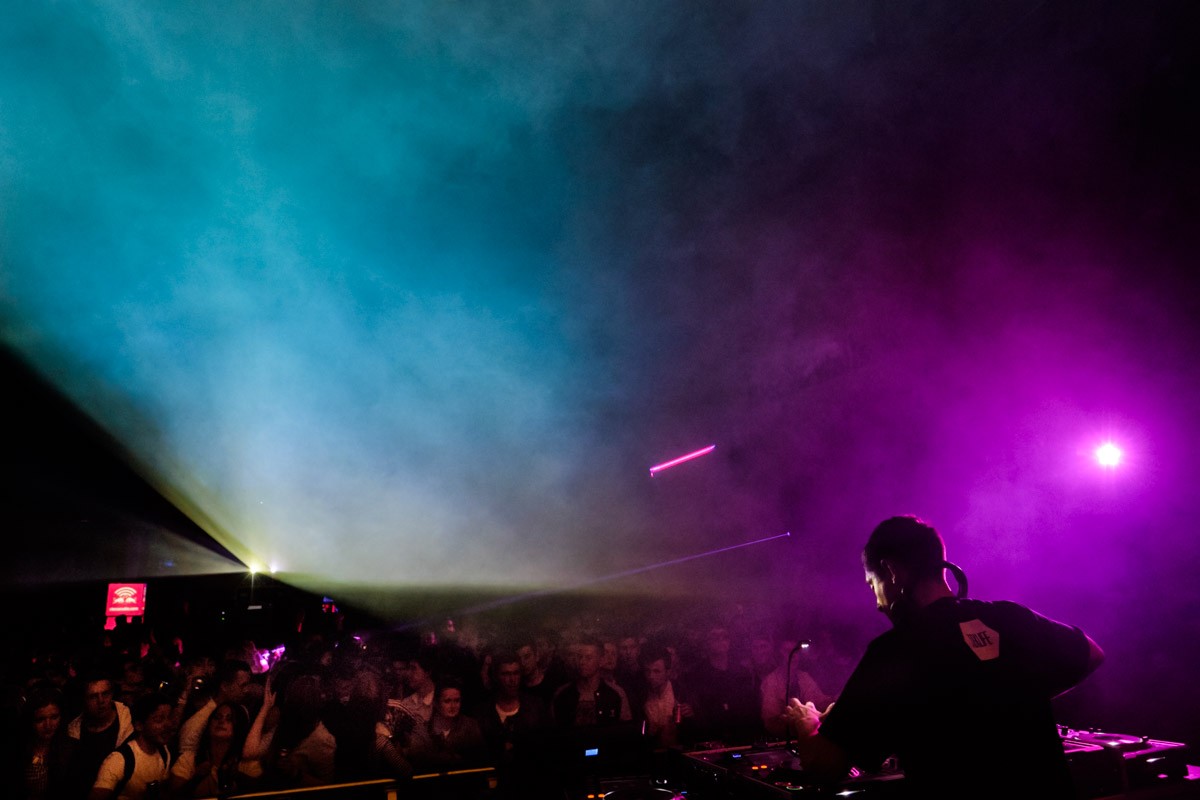 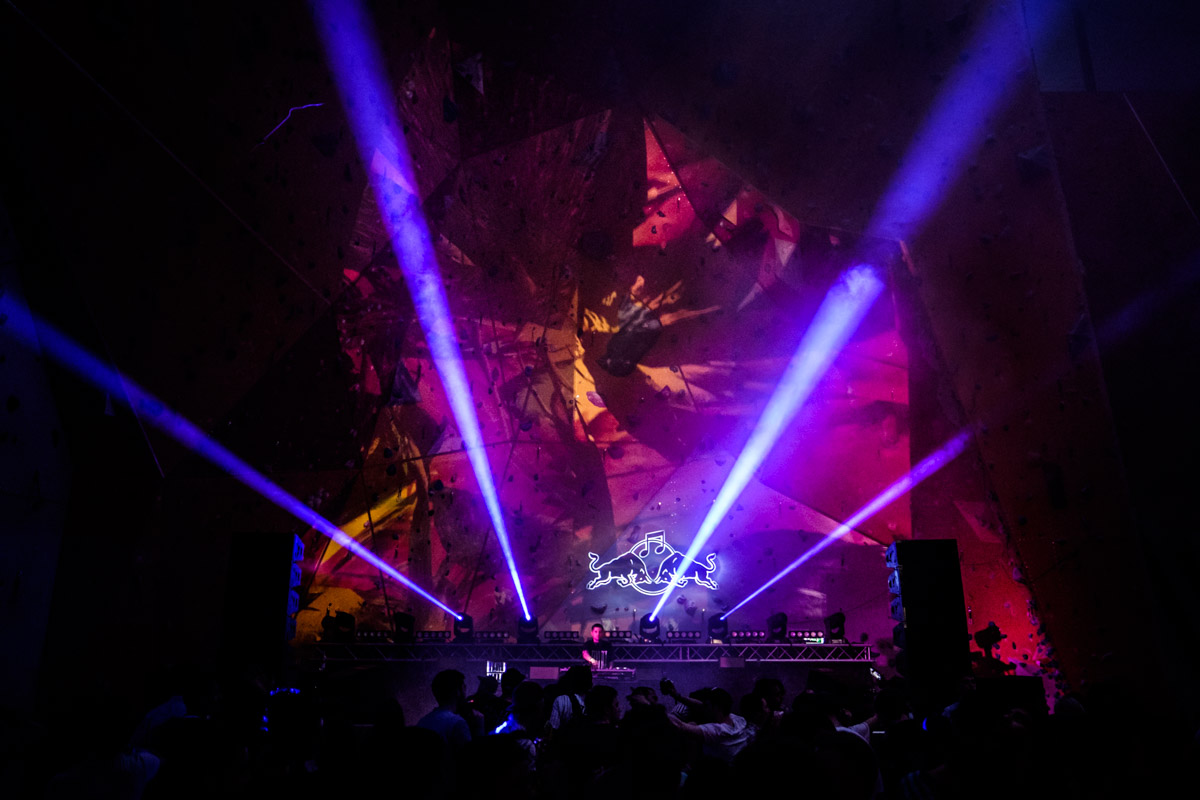 Bok Bok playing, the Dark Matters projection show is mapped perfectly into the boundaries of the climbing wall creating a “cave” behind the artist

There were some great performances during the two nights, some from acts I knew like Courtesy and Kenton Slash Demon. Bok Bok and Bambounou played great sets, Bambounou was a true pleasure to photograph as well. But I the one who surprised me the most was Magnus August Høiberg from Norway, better known as Cashmere Cat. His hour of beats, bass and melodies and remixes chopped up in DMC style was outstanding and had the crowd going balistic. 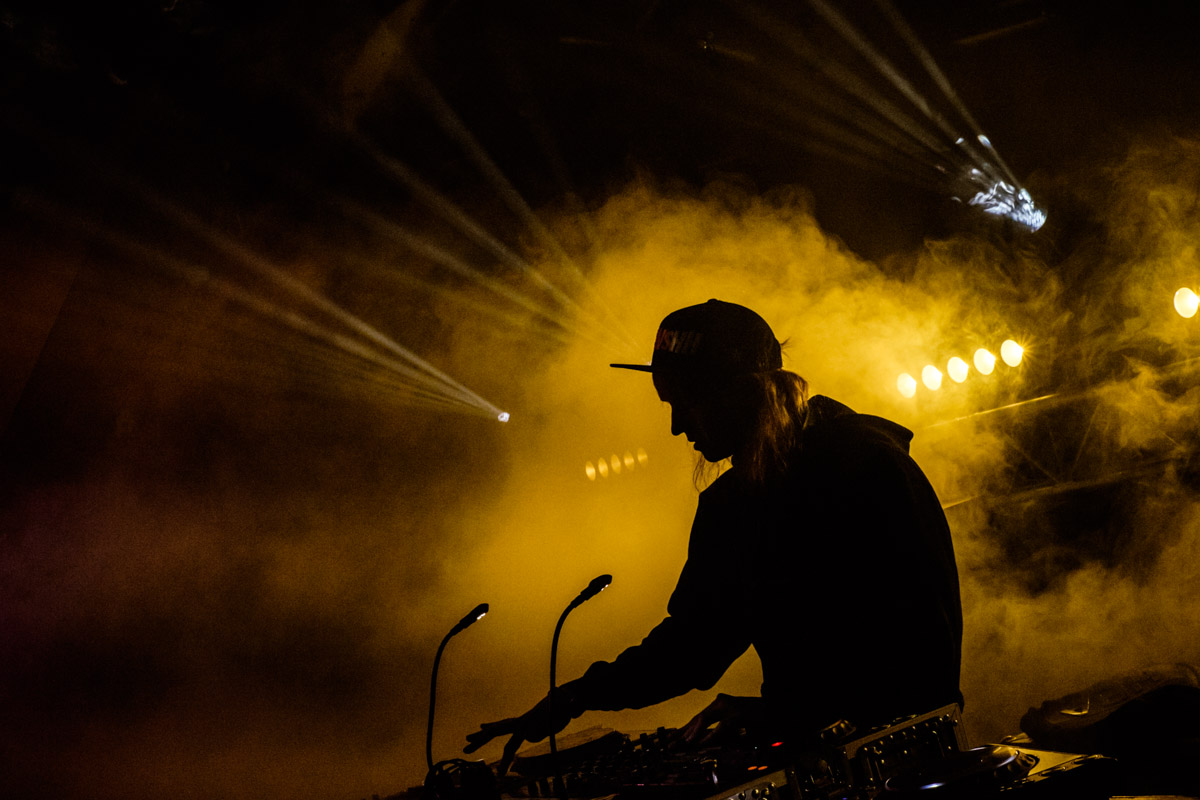 Cashmere Cat, the preferred beat smith of artists like Kanye West, was outstanding and really blew everyone away. 35mm lens 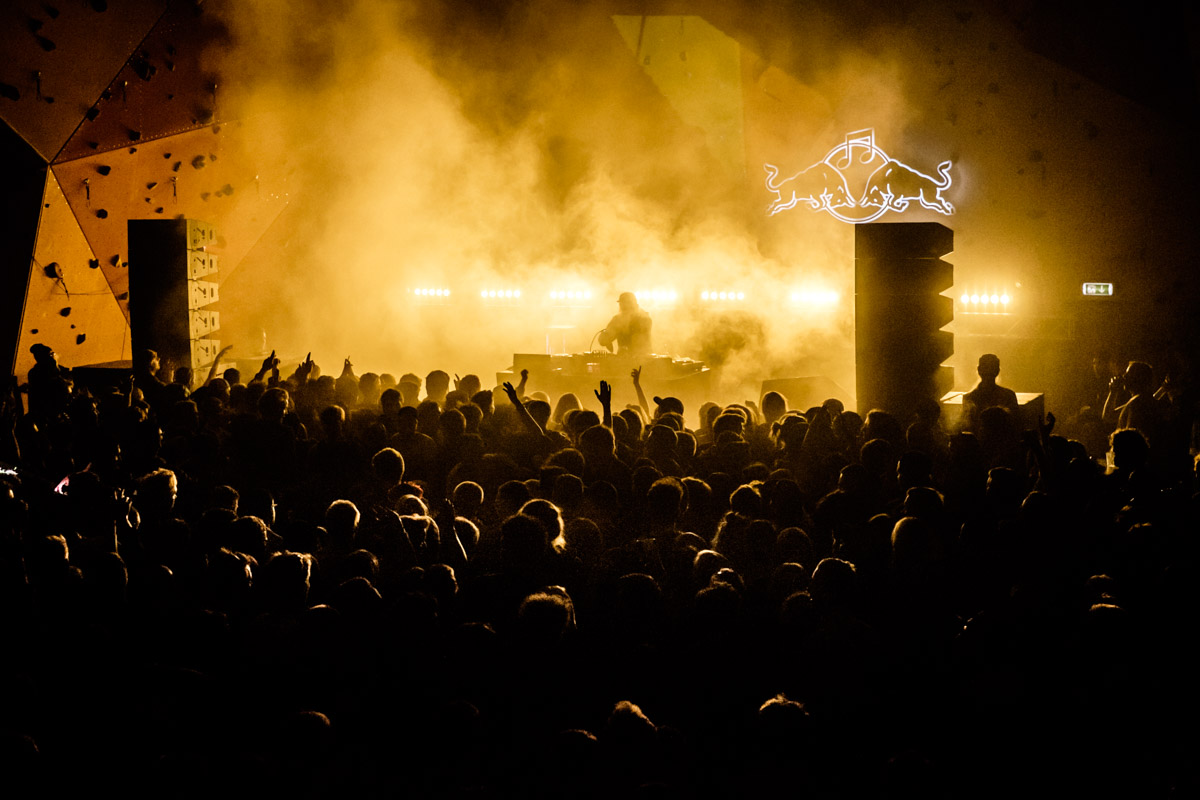 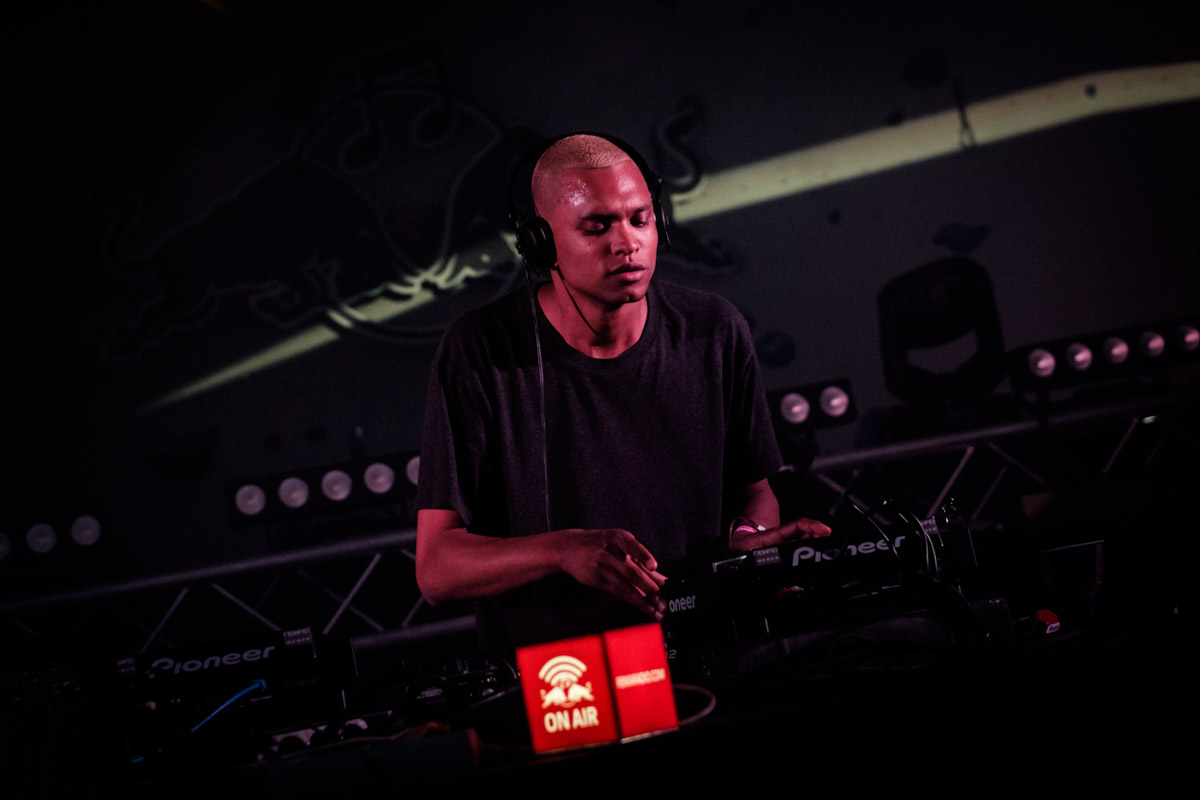 Bambounou was both a pleasure to listen to, watch and photograph. 35mm lens. 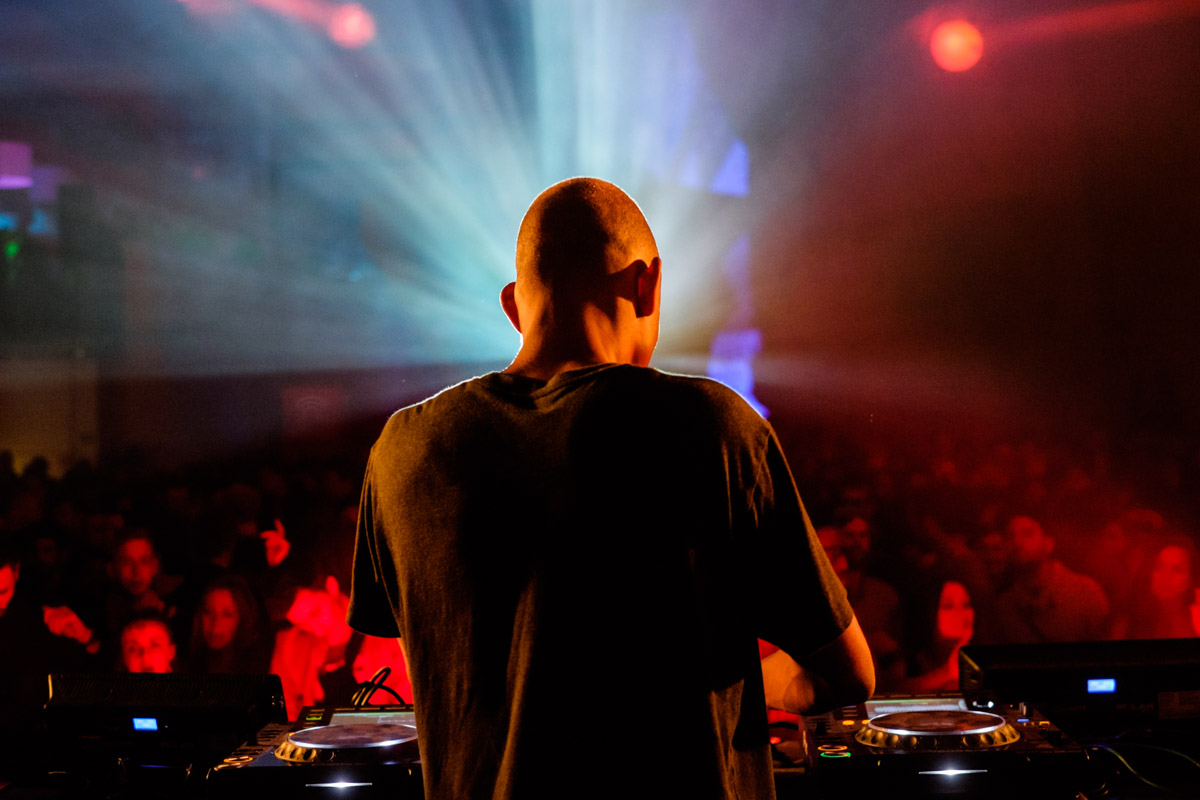 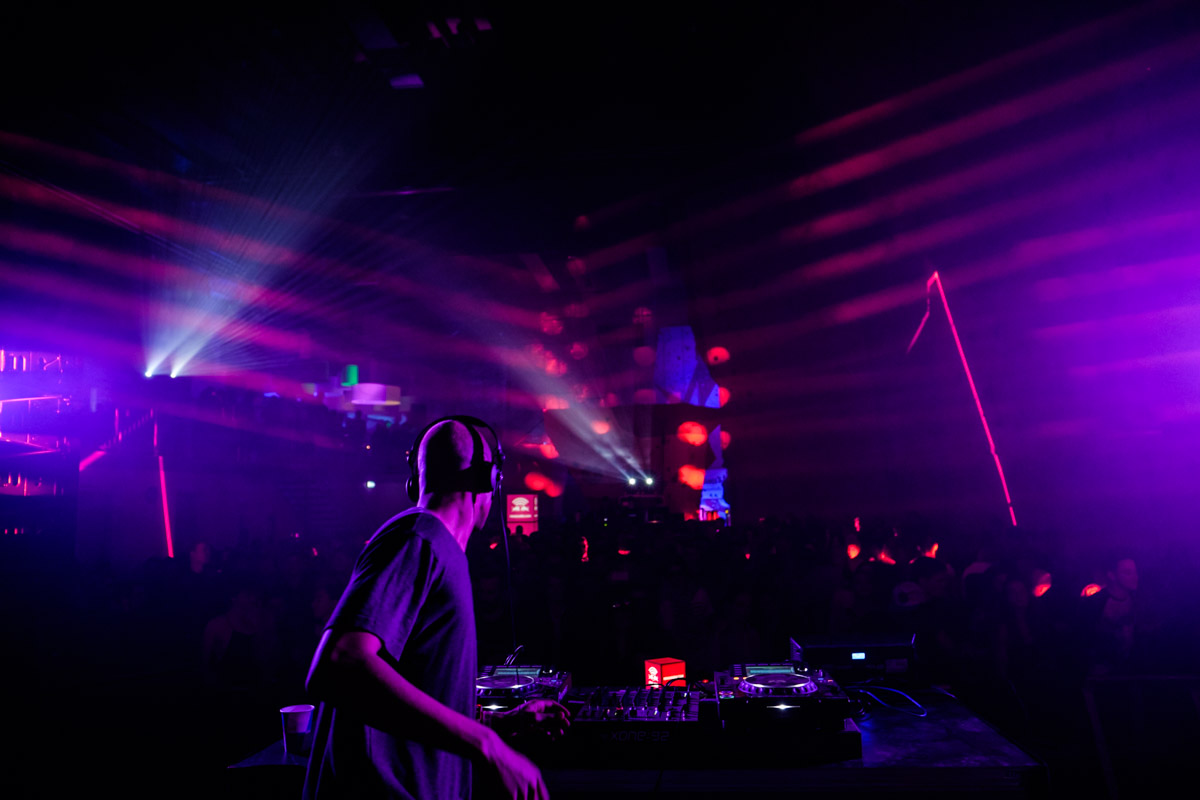 Bambounou preparing to steer the Dark Matters spaceship into the void. 16mm lens. 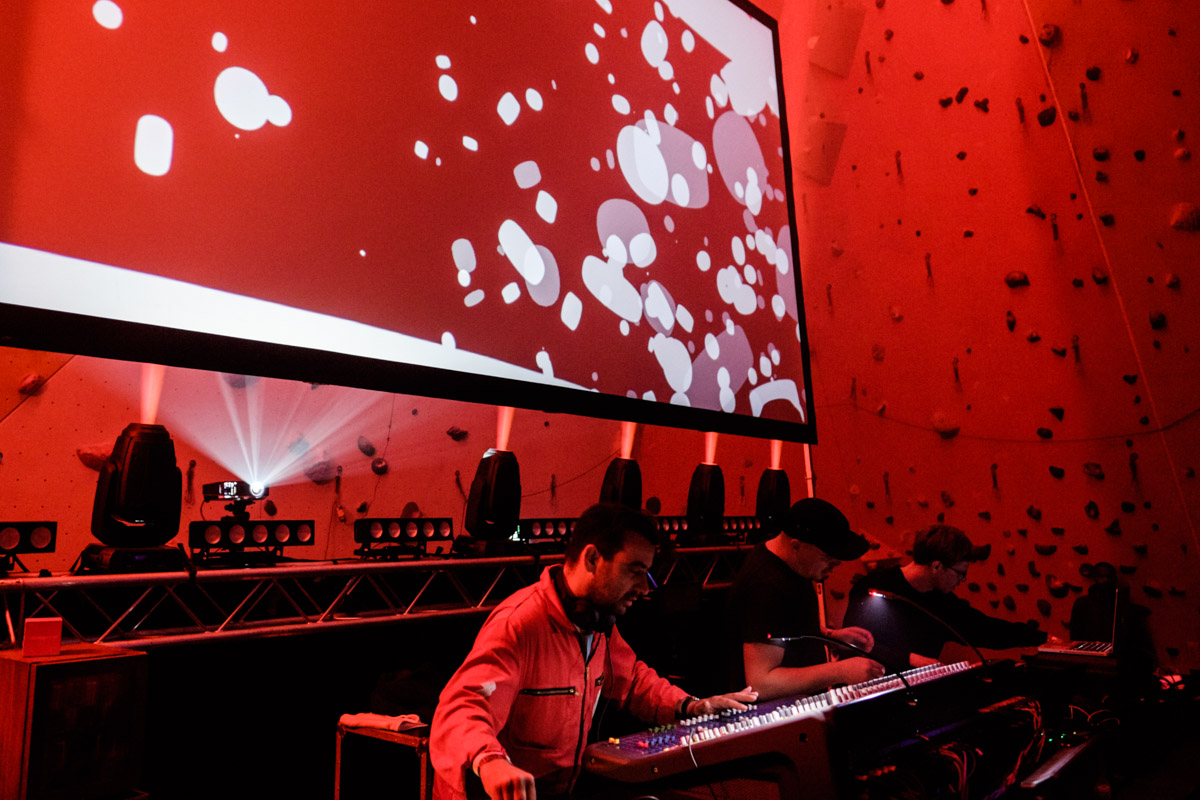 German super group Siriusmodeselektor was the main act of the entire festival and brought enough gear to launch a space shuttle. 16mm lens. 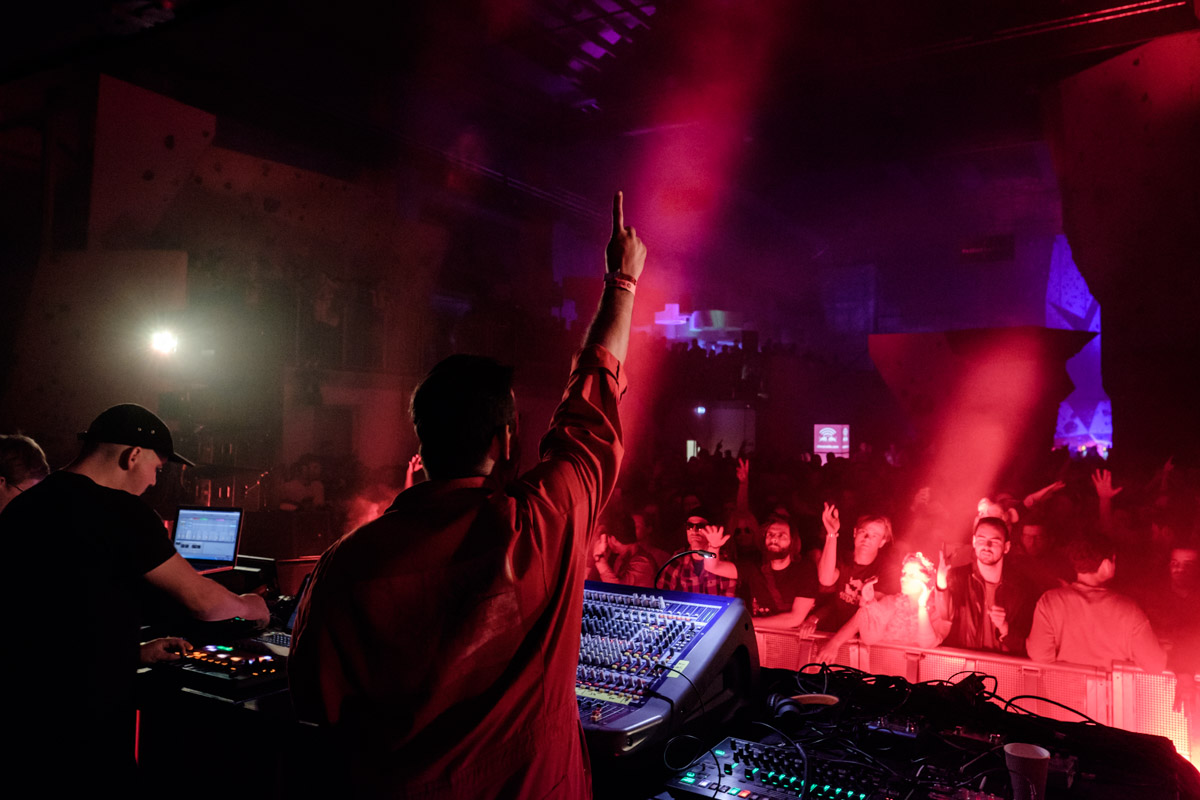 Siriusmodeselektor was worshipped by the crowd. 16mm lens.

I feel really fortunate to be part of events like this and a part of the team. I have attended events like this for decades as a guest and in some ways it has always been a dream of mine to play a part. Music photography turned out to be the obvious answer, but it took me a while to get there – read about my journey into music photography. I always get to these events early, primarily to check out the venue and the stage, say hi to the crew and get in the right frame of mind before the event begins. I also really like to listen to the sound checks. But to be honest, I also love to just wander around and appreciate that I am part of this. The dream came true.

This was a fantastic event to work, and one of my favourite events to date. I walked around the room at times wanting to pinch myself to make sure it is not a dream. Here, a week later, being in Singapore which is a world apart, I am still replaying parts of this event in my head to try and saviour it. I look forward to the next one.

Finally, I want to end with a picture of hard working people who normally work in the shadows. On the left is the Dark Matters crew, controlling the lasers and projectors. At the mixer is Mikael Flensborg making audio magic. I stood next to him often shooting pictures, and always stayed a bit longer, just to cherish the sound. 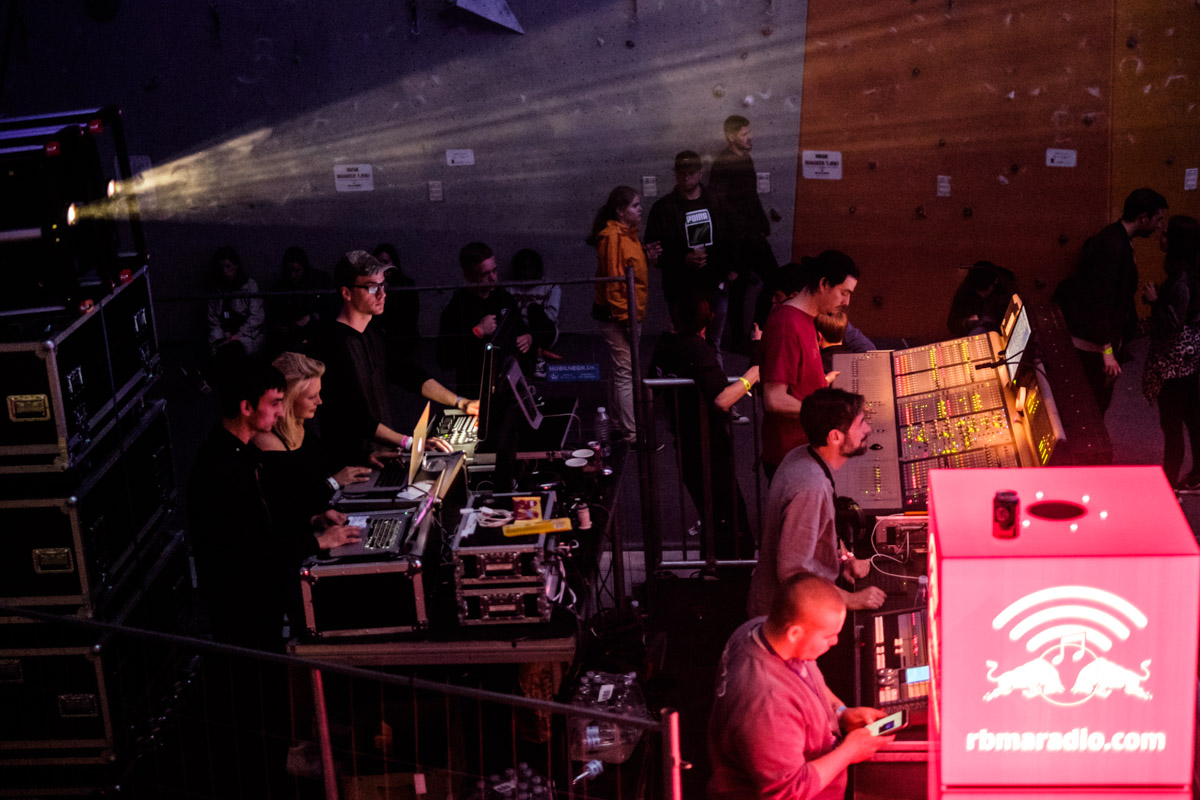