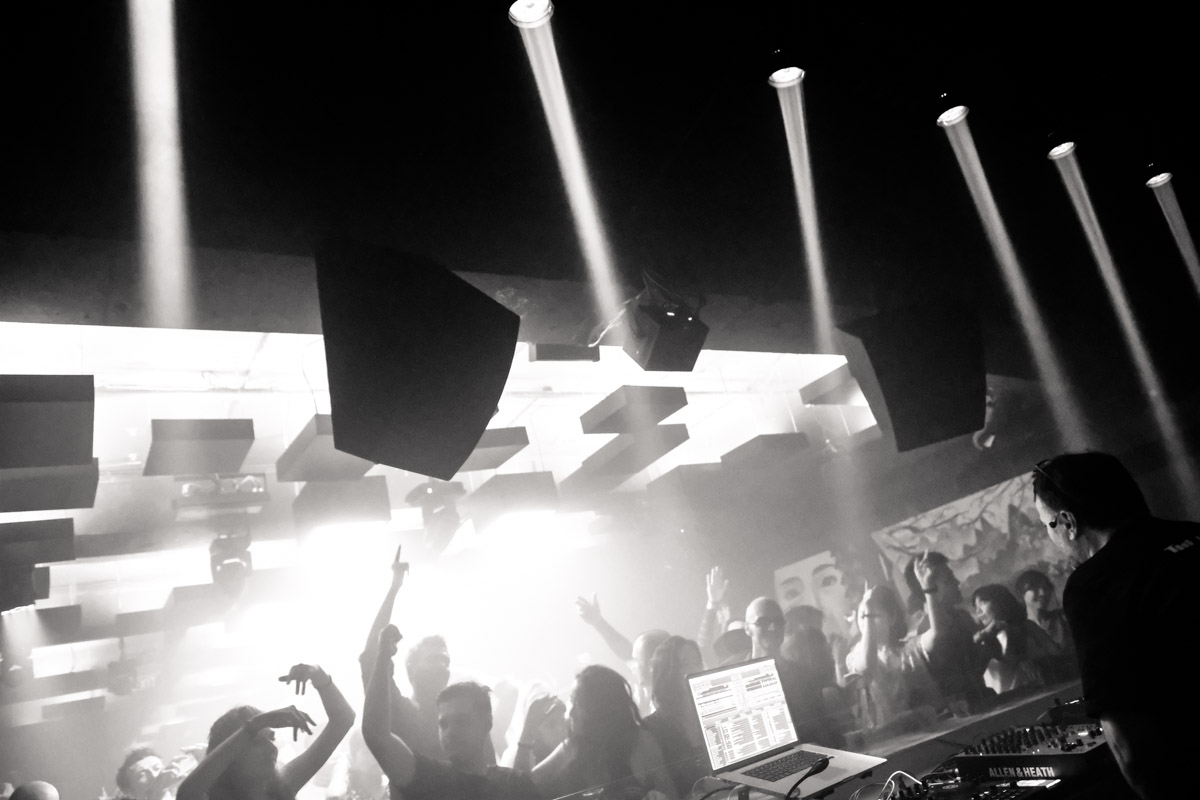 Francois K is roughly the age of everyone in the room put together – sans yours truly – but he can still totally destroy a dancefloor like here at kyo.

The small part of the electronic music scene in Singapore that I have been subjected to, seems heavily dominated (I could say infested) by EDM. The main floor at Zouk is a two minute never ending loop of “I wish I was deaf” awful EDM peaks and breakdowns. Only the legendary Jeremy Boon in the Velvet Underground room at Zouk has been a champion of quality house music every time I have heard him play.

But fortunately, there is a small club named kyo dedicated to quality house, tech-house and techno and in December 2015 I finally got a chance to visit club Kyo. I had heard and read about kyo and really wanted to experience the club, I figured it would also be a great place to test the X-Pro2 pre-production camera some more. I contacted them and EJ Missy of kyo very kindly allowed me and Charlene to shoot inside the club at the Francois K party mid December.

Kyo is a small club located in Singapore’s banking district. Actually the basement that kyo is in used to be a bank, and it does have a ‘vault’ feel to it! It is incredible swanky, although I think that is normal for Singapore clubs. The clientele here is different to say Copenhagen or Berlin and the club looks like a billion dollars, with a huge bar, table reservation, bottle service I think it is called, clubbers spending thousands of dollars on booze, and all kinds of things that are quite alien to a Danish clubber like me, almost what I imagine Las Vegas clubs to be, and very different to any techno clubs in Europe I have been too.

Fortunately, the swanky not-so-underground fancy look of the place does not in any way get in the way of enjoying the music. This club is still all about the music, music and music (I get that you need a fancy bar to make money, the rent for that location alone must cost an arm and a leg). The focus of the club is fortunately the music and the dancefloor! The sound system is outstanding and really does justice to some nice minimal tech-house. The second time I visited, a slow Wednesday night just after new years eve when EJ Missy was doing a 5 hour set, I could just stand for hours undisturbed right in the sweet spot of the main speakers and enjoy the super high quality sound system.

I mentioned EJ Missy, she is one of the forces behind kyo and she is also one of the resident DJs – and gave us access, thanks again EJ! She often does the difficult warm-up sets (in my opinion, often harder to do well than the main sets) and you really gotta check out her awesome mixes on soundcloud and go hear her at kyo.

I dare say that a lot of people who like EDM are not really into electronic music per se, they are just into partying and the big EDM spectacles delivers. That is ok, I don’t want to sound like some old techno-snob (ok just a bit), whatever floats your boat is fine (and I not-so-secretly do want to shoot a real EDM festival at some point, just to experience it – even if my ears would bleed!). I have been around long enough (not quite Francois K years, but getting there!) to see lots of genres flare up and become commercially popular for one or two years, Dutch-trance, electro, trap, EDM, etc, until it totally lost steam when something else came along and the mob moved on to other stuff. But proper, quality, credible minimal house, tech-house and techno is different. You gotta want it. You gotta put in the effort. It is in the small details, the small changes. It takes time to grow on you, you gotta appreciate the nuances. But like most things that are not obvious, not easy, requires effort, it is much more rewarding in the long run and it has longevity. It’s been around since the dawn of electronic music, it will be around long past my time I hope.

If you are in Singapore and into quality electronic music I highly recommend visiting kyo! The Wednesday nights are great, you get to hear local DJs and there is no cover charge, and then Friday-Saturday has the bigger, often international, names playing. If the darn MRT (metro) would run at night (seriously Singapore, people like to go out at nights) so I didn’t have to take a taxi that this broke nomad cannot afford to our ‘hood Tampines, I would go to kyo every single Wednesday when we are in Singapore and get my fix of quality house and techno!

To run an underground ‘Berlin’ style club is not an easy task anywhere, and it has to be really challenging in Singapore. I really admire and support the efforts of everyone involved in kyo and I look forward to visiting kyo again next time I am in Singapore: see you on the floor to some quality four four at kyo!

Notes about the pictures – bonus, features rant about music photography!

All images made on a pre-production Fujifilm X-Pro2 using XF35mm F1.4 and XF16mm F1.4 lenses. Club kyo is as dark as the night, I am not kidding, and I do not like using flash at all (although this is one club where it would actually come in handy for effects), so it is good that the X-Pro2 can comfortably shoot at iso 12,800.

Since I seem to be on a bit of rant in this post, let me just add that the EDM style has infected a lot of music photography these days too! With that I mean, crazy over the top epic wideangle shots with perfectly lit, super sharp imagery. It robs the music and pictures of any kind of soul, it is as much candy as the EDM music itself, and it has unfortunately crept into all kinds of music pictures, even pics from heavy metal events (which makes no bloody sense at all, hardcore gritty heavy metal and the pics looks studio clean? So so wrong!)

So, I am, when I can, going back to basics! Black and white, grainy, out of focus, motion blur. I want the music, the soul in the shots, I want a dark old underground “dodgy warehouse in Detroit” techno feel to the picture. It has to feel as underground and gritty as the music. It cannot, to me anyway, feel like a damn studio shot, it is a living, live music performance for crying out loud! Phew, rant over, I feel better!

(I am not saying I made any particular masterpieces of imagery at kyo, I need to shoot more there and become more comfortable, just saying that I want to go back to this style of shooting)

Most of these are straight-out-of-cameras jpegs from the pre-production x-Pro2, converted to black and white, with either no noise reduction used or mucho added grain.

Checkout and listen to EJ Missy on Soundcloud.

kyo: The Underdog of Everything in Between – a great article on MusicAsia.

Will female DJs ever be taken seriously? – a great interview with EJ Missy on Popspoken.

THE LAND THAT TECHNO FORGOT: THE SURVIVAL OF SINGAPORE’S CLUB SCENE – a very interesting article on the amazing Electronic Beats. 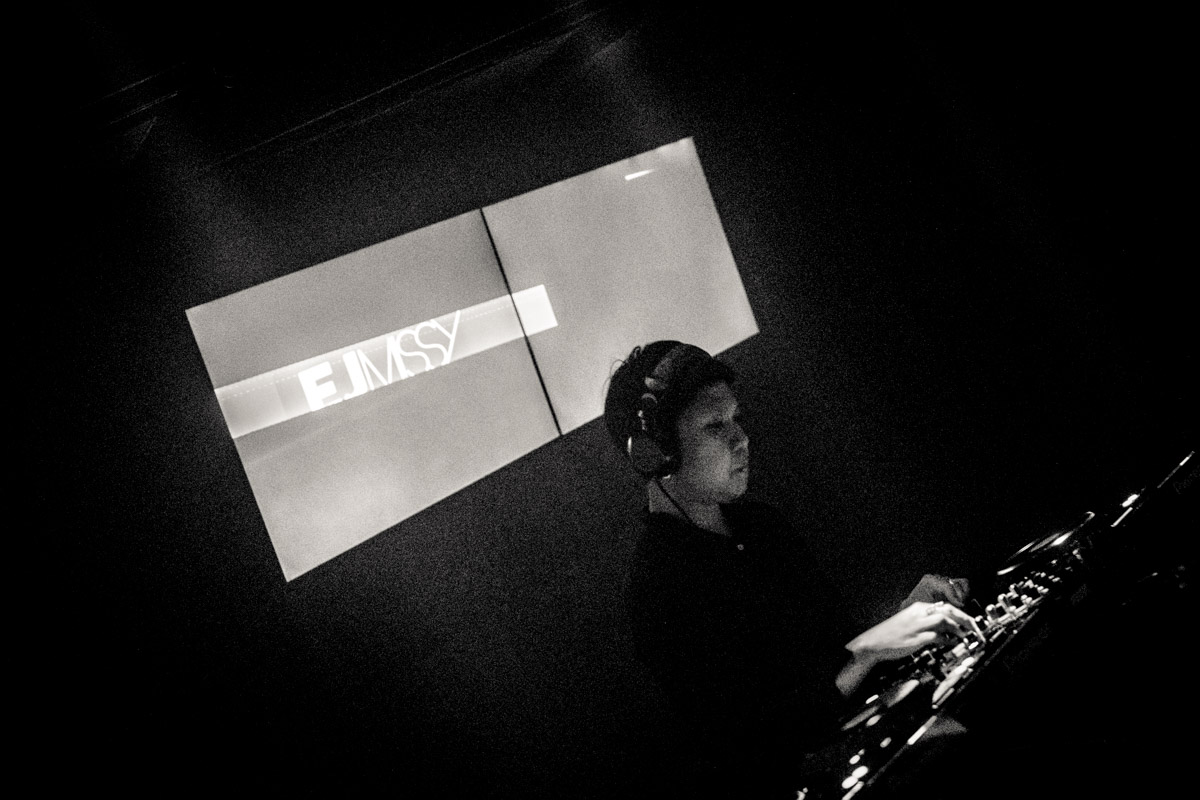 EJ Missy at kyo. I really like this picture, simple but conveys the mood of kyo to me and it is personally how I love to see club images (very far from the very glossy images that are mostly used nowadays). It is amazing that we can shoot at iso 12,800 in pitch black conditions and still make pictures! I like the grain so no noise-reduction used. Fujifilm X-pro2, iso 12,800 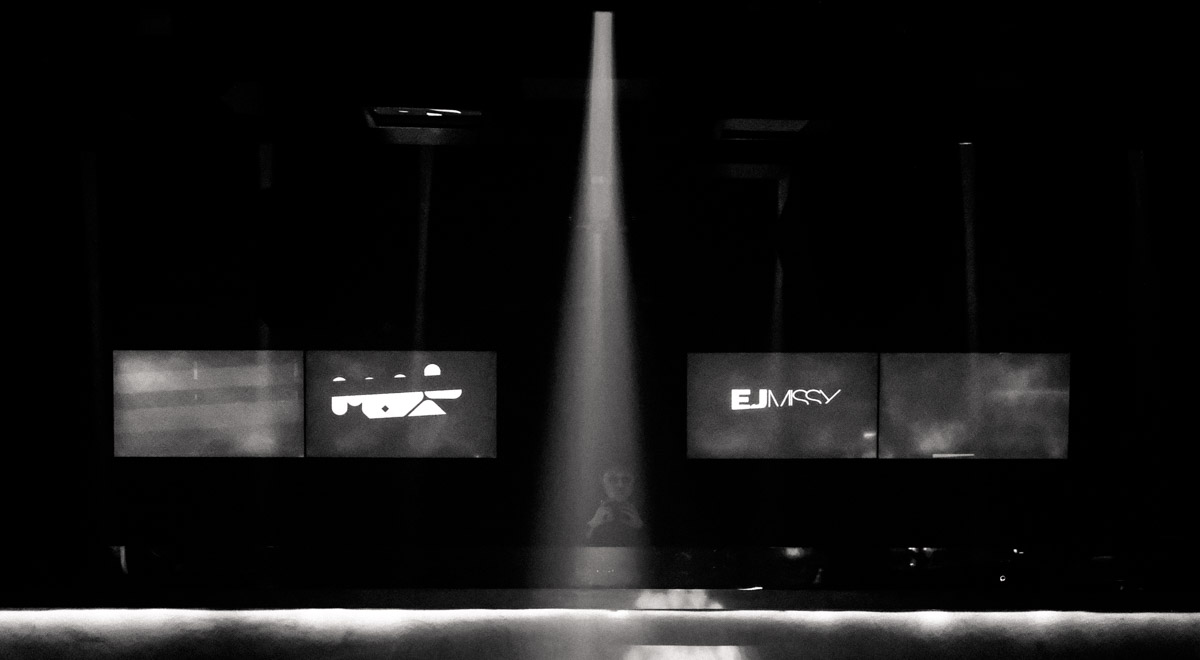 The aliens tried to abduct EJ Missy at the beginning of the set but were fended off with some of her awesome deep tech-house tunes! 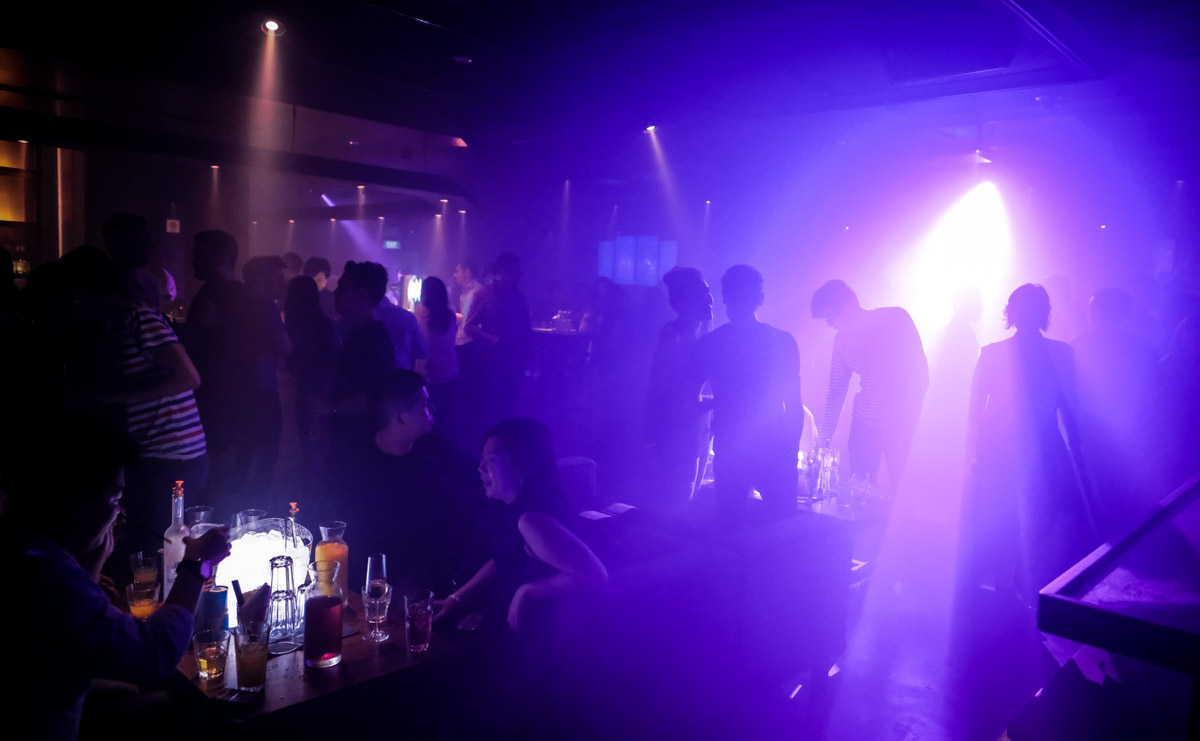 No one seemed to notice when the aliens landed in the middle of the night. 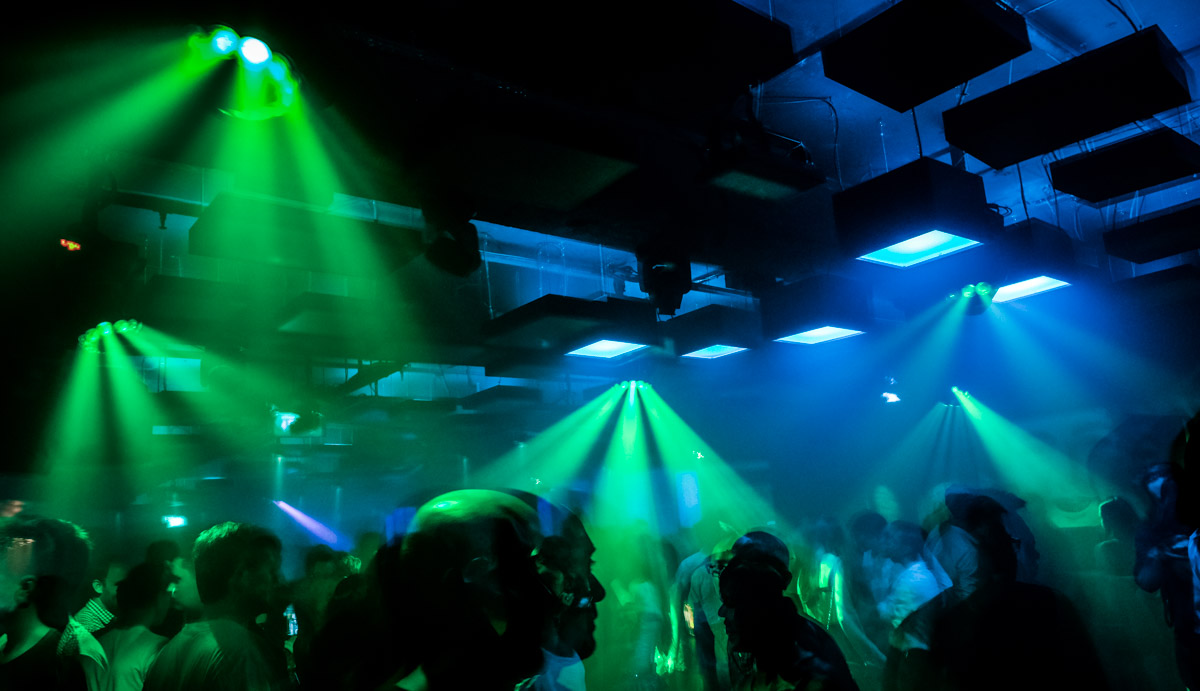 Everyone felt a bit schizophrenic at kyo! 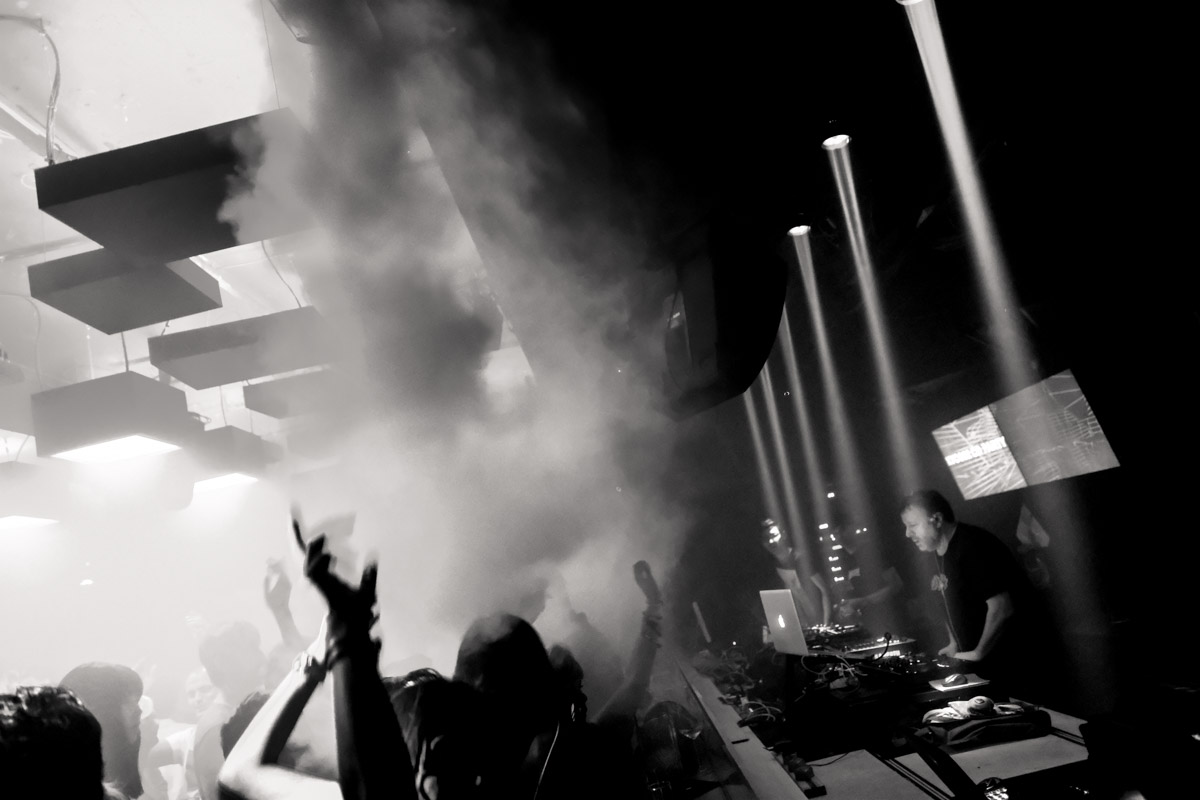 The legend Francois K rocking kyo to the core. 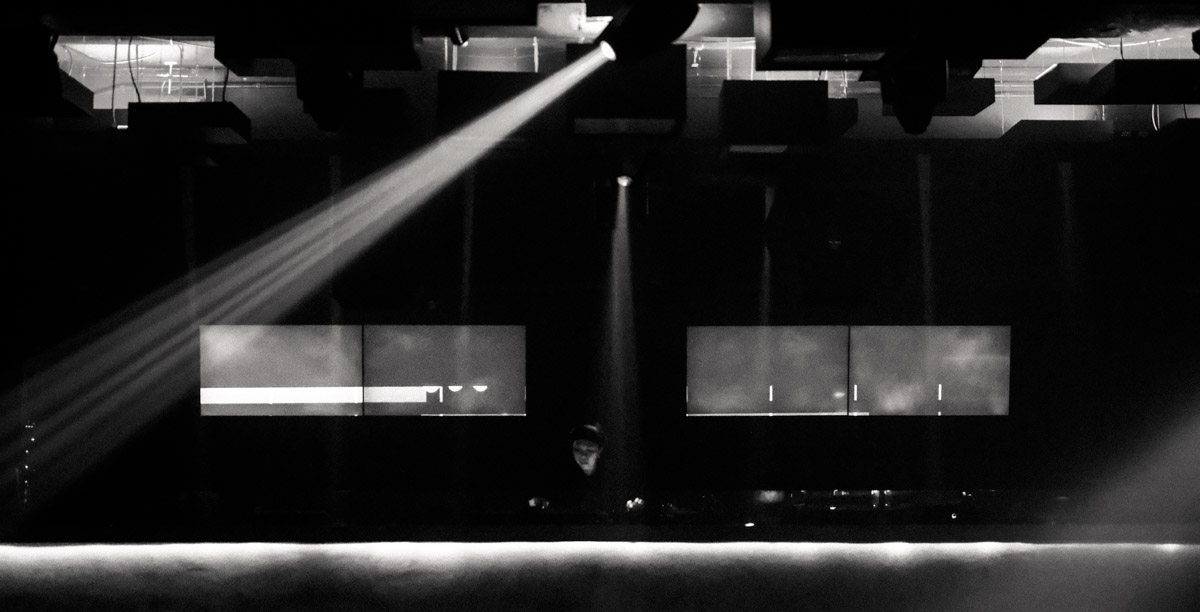 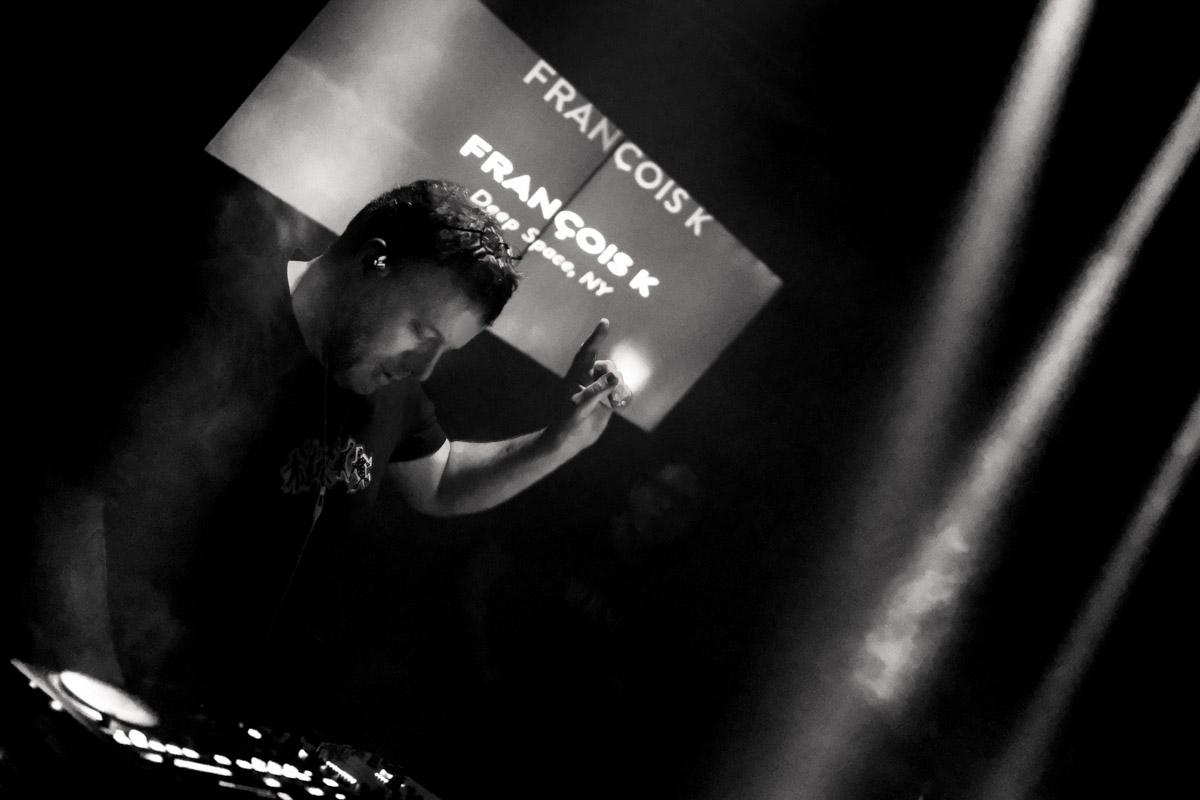 “One more round please” Francois K at kyo. 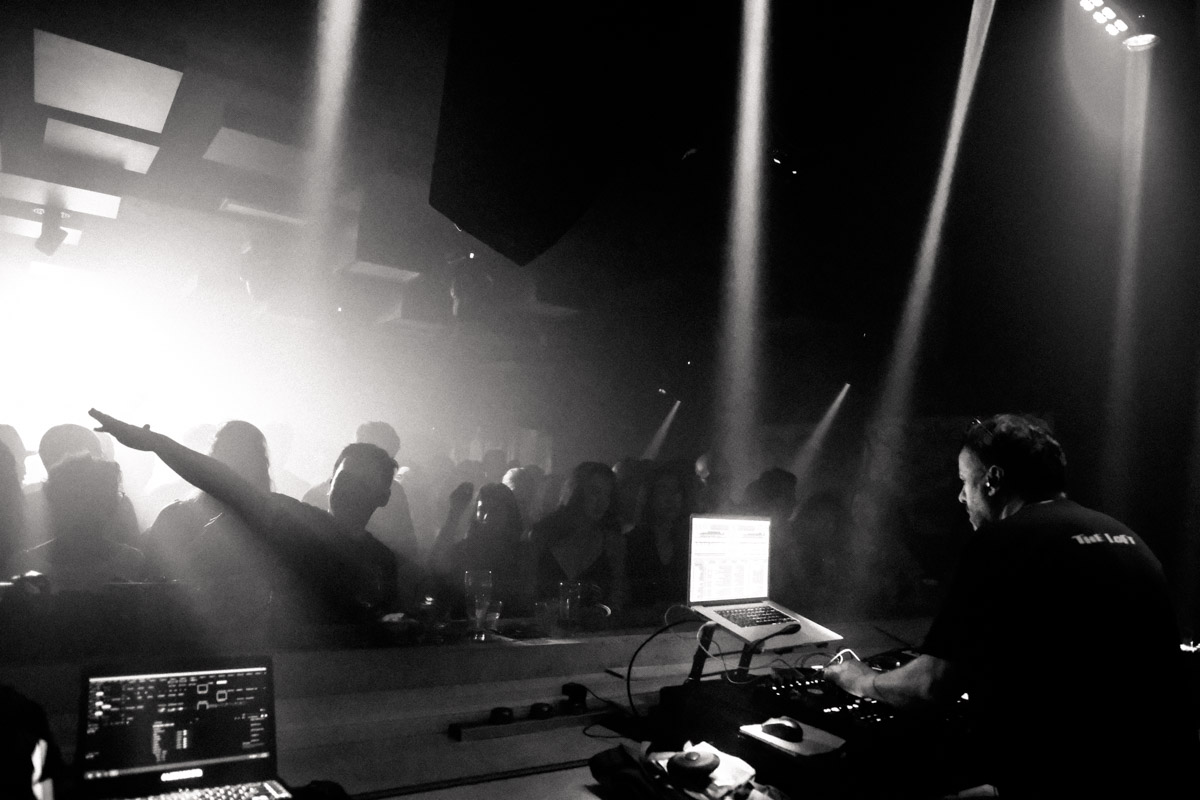 Francois K at kyo. I love Francois K, not only is he a legend, it also means I am not the oldest in the DJ booth!