In the news today: Flemming Bo Jensen writes second gear post in a week, pigs are flying, hell just froze over and Trump is president. Unfortunately at least one of these are true. I am way behind on blogging about this lovely gear though, so here are more flying pigs and my thoughts on the Zeiss 12mm F2.8 wide angle lens that I was able to use for a few weeks the past summer. 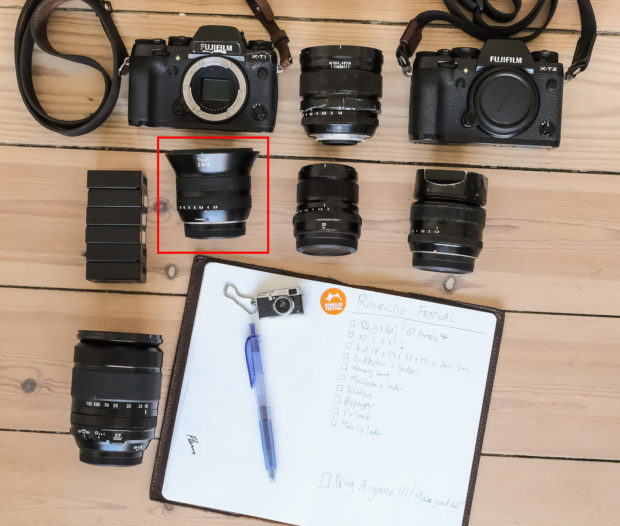 I truly love the Fujinon 16mm lens, but sometimes it is just not wide enough. I have used the Samyang 12mm before which I liked. The past summer, specifically for Roskilde Festival 2017, I was able to borrow the Zeiss 12mm F2.8 lens from Fujifilm Denmark. The 12mm delivers a 99 degree angle of view compared to 83.2 degrees for the 16mm. It makes a difference if you have to stand really close to stuff and need a wreally wery wide wiew (I am a comedian!)  I love shooting wide angle shots and use the 16mm at least 75% of the time. But there are certain situations where I need something wider and apart from the fish-eye lenses, 12mm is the widest available for the Fujifilm X-cameras. When I can, I prefer the 16mm view, 12mm is pretty darn distorted. But at times, there is no way to move back from where I am standing. I could be looking at a crowd of tens of thousands and I am standing right smack in front of them. Or standing in a tiny DJ Booth and there is no space to move. In these situations, the 12mm is the only way to get the shot. Do read the captions in the pictures below for more specific comments.

The Zeiss 12mm F2.8 is a fine wide angle lens with the exception of the super loose aperture and focus rings. That is a huge minus to me. Maybe it was just the loaner copy I had, but it sucked. I would not mind using this lens again and just be very careful of the focus ring, but quite honestly, I am holding out for that rumoured Fujinon 8-16mm ultra wide angle zoom lens. If you want a compact wery wide wide-angle lens with autofocus though, do try the Zeiss 12mm. 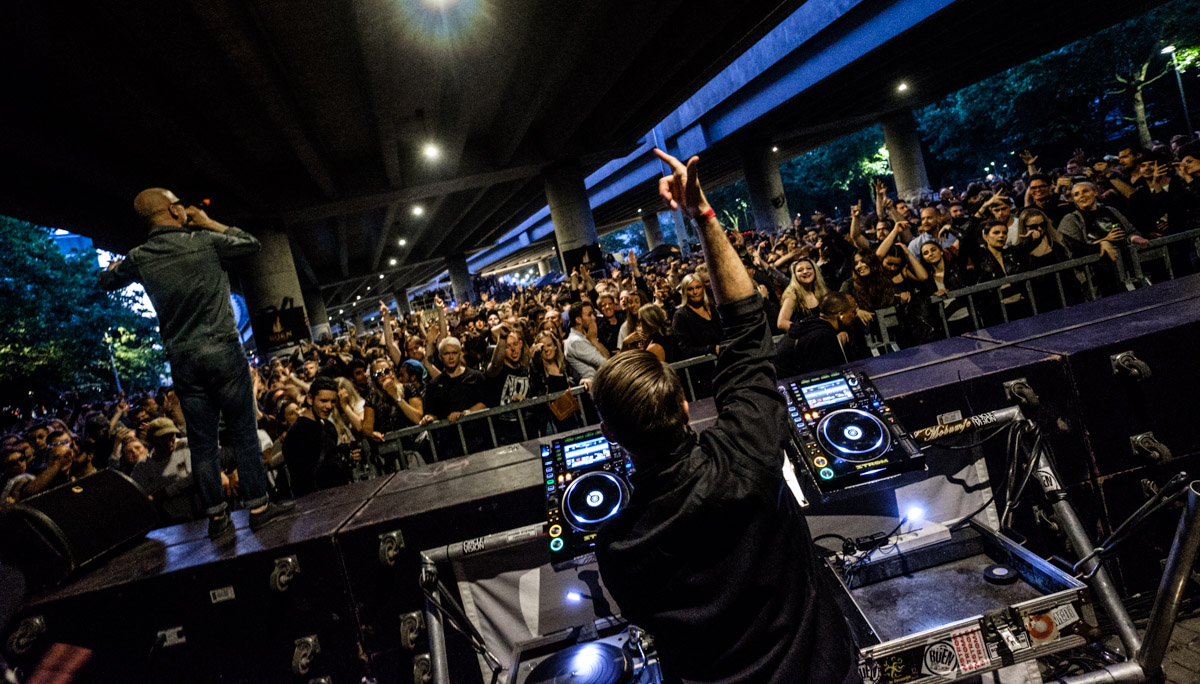 Bas Under Buen. 12mm works well here for standing right behind the artist JSL and getting the whole highway bridge and the crowd. 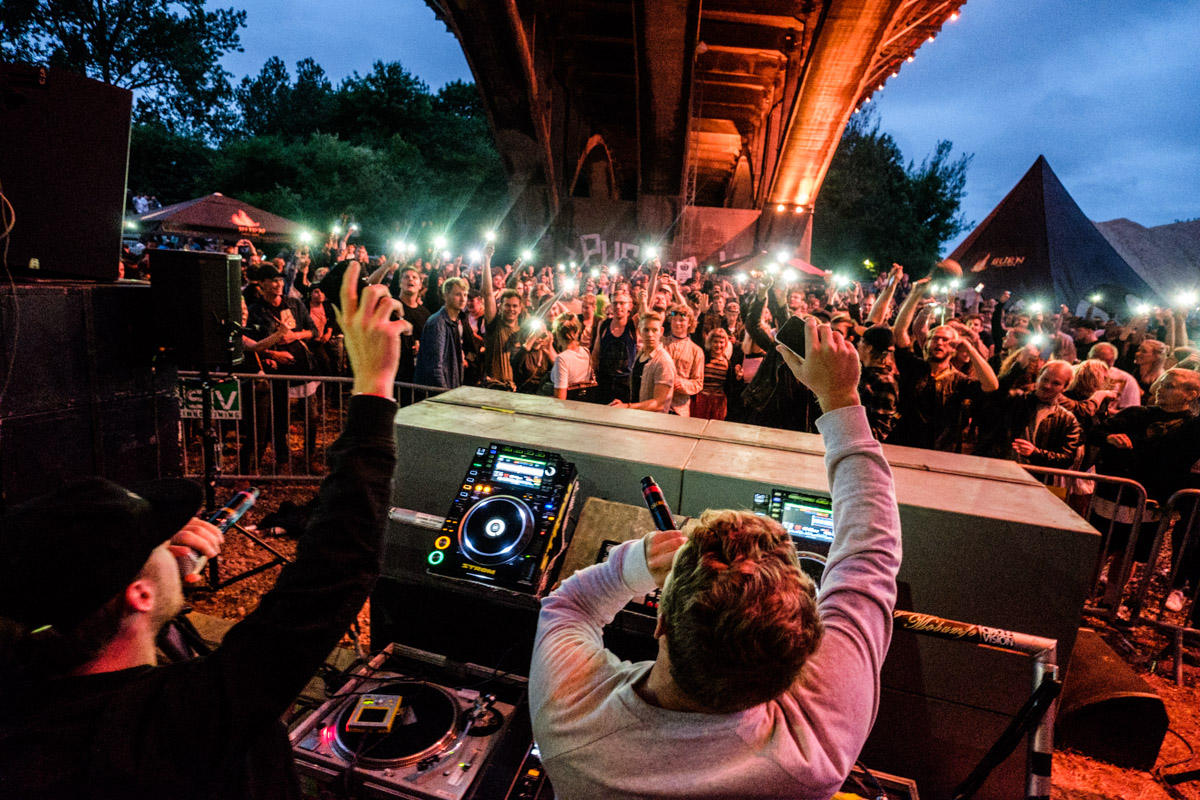 Bas Under Buen Aarhus. This was quite cramped, not much space so I could actually stand right behind the artists and still get them in the frame with the 12mm. 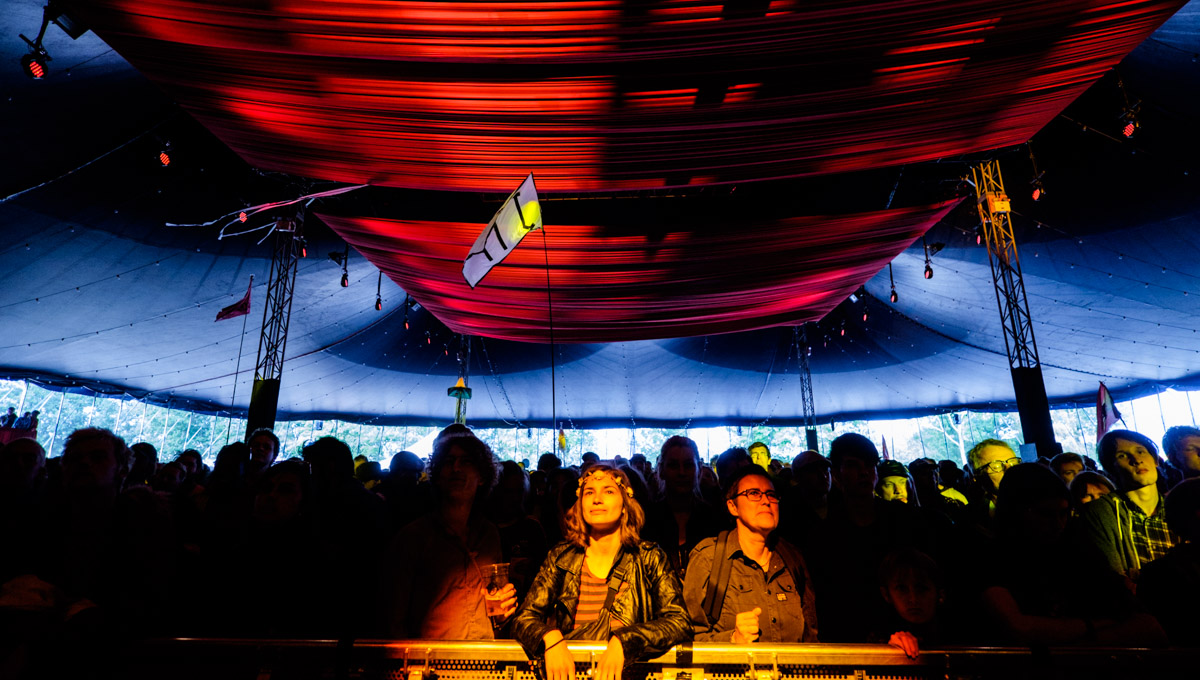 Crowd in the Avalon tent at Roskilde Festival. A good place to use the 12mm as I cannot get any further backwards and wanted to show the big gorgeous tent. 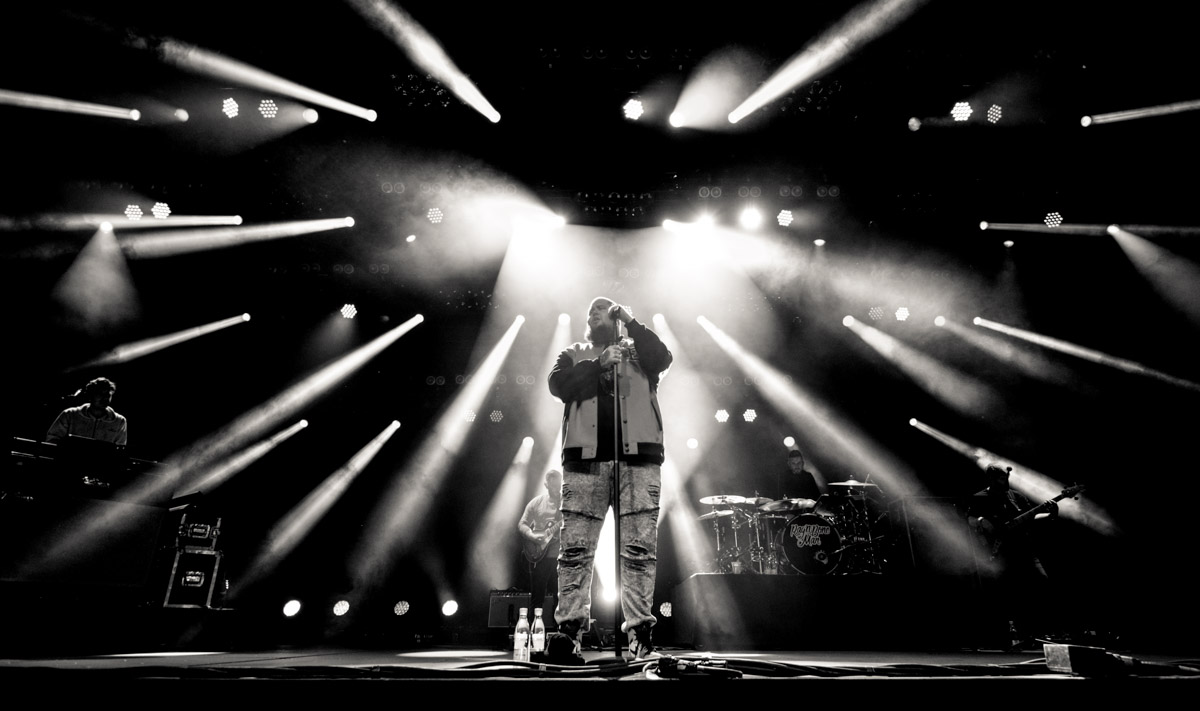 Rag n Bone Man at Roskilde Festival. The Avalon tent has these nice lights that I like and only the 12mm can include them all. 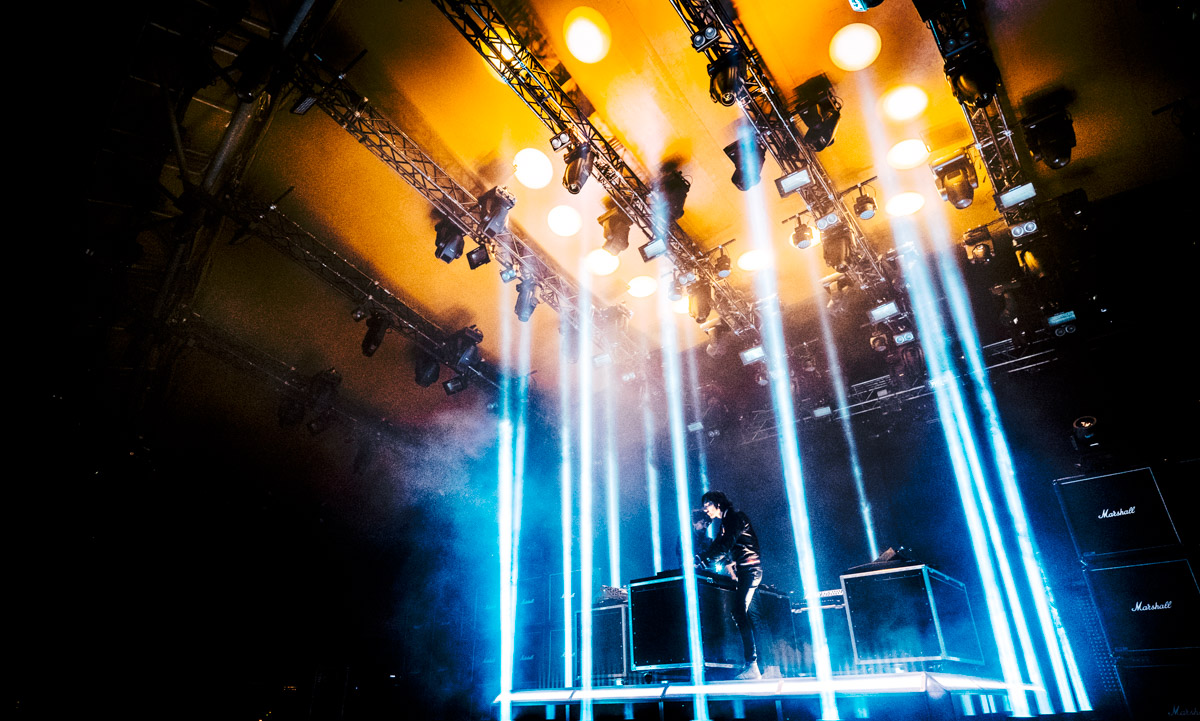 Justice on the Orange stage. 12mm view captures all the lights and the ceiling. 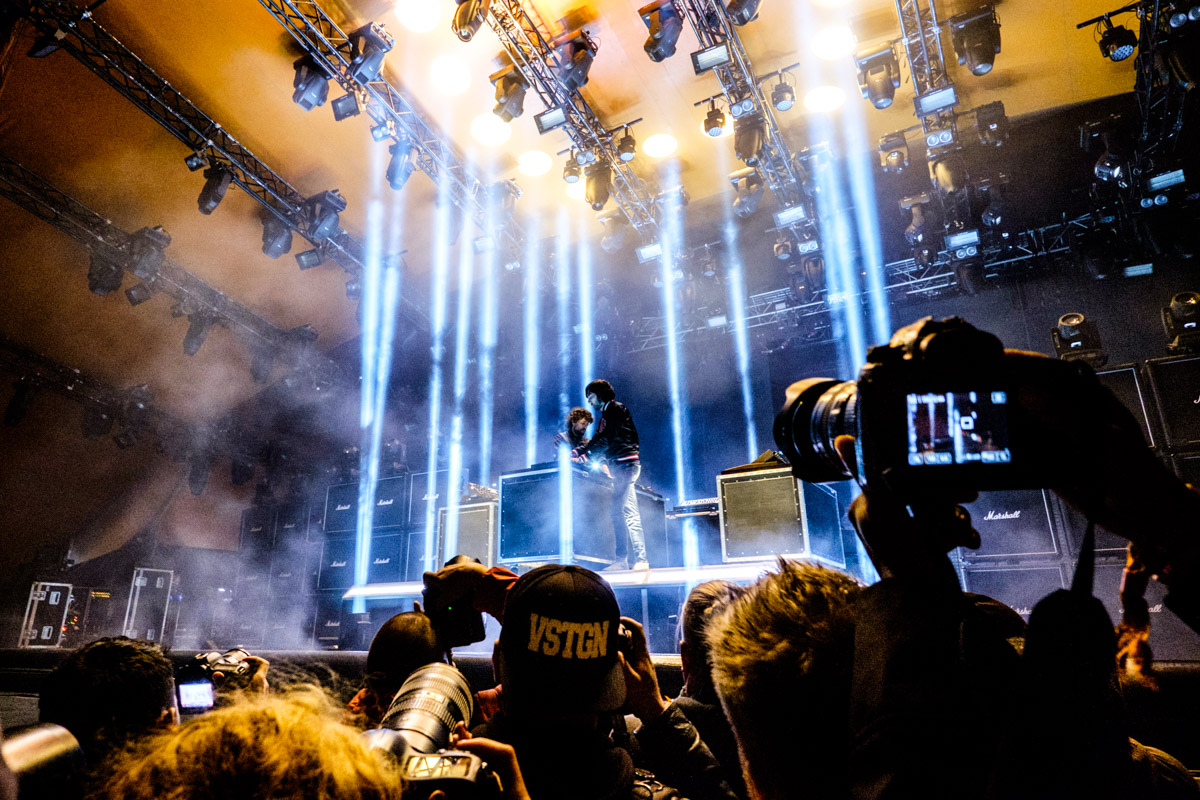 Photographers at Justice! Another way to use this lens is to capture my dear colleagues – ALL of whom are totally in the way!!!! 🙂 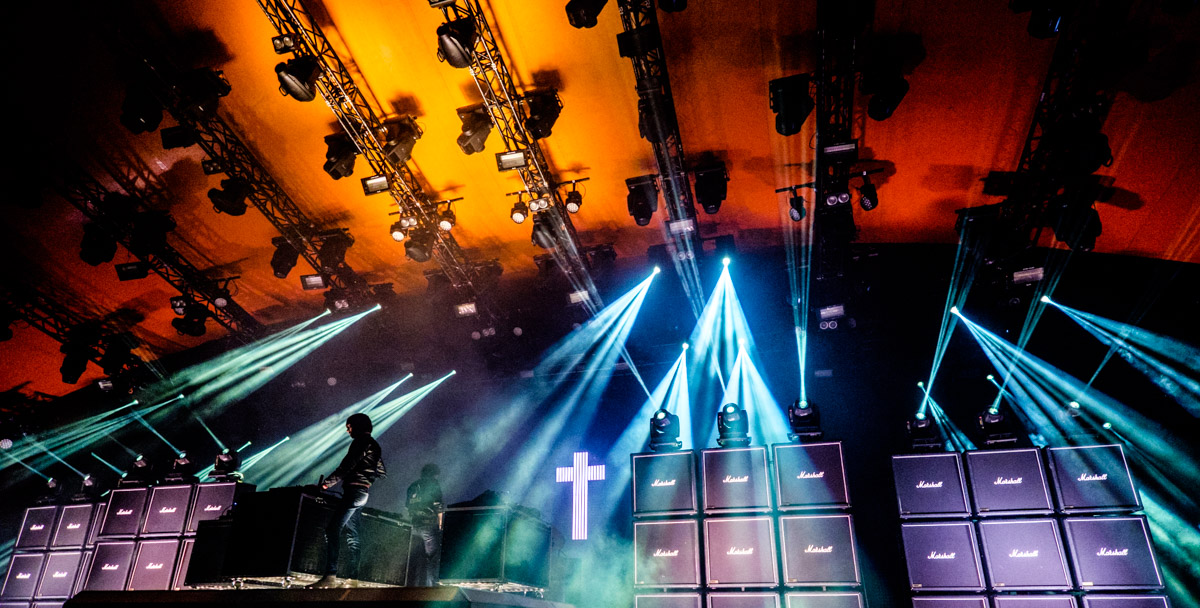 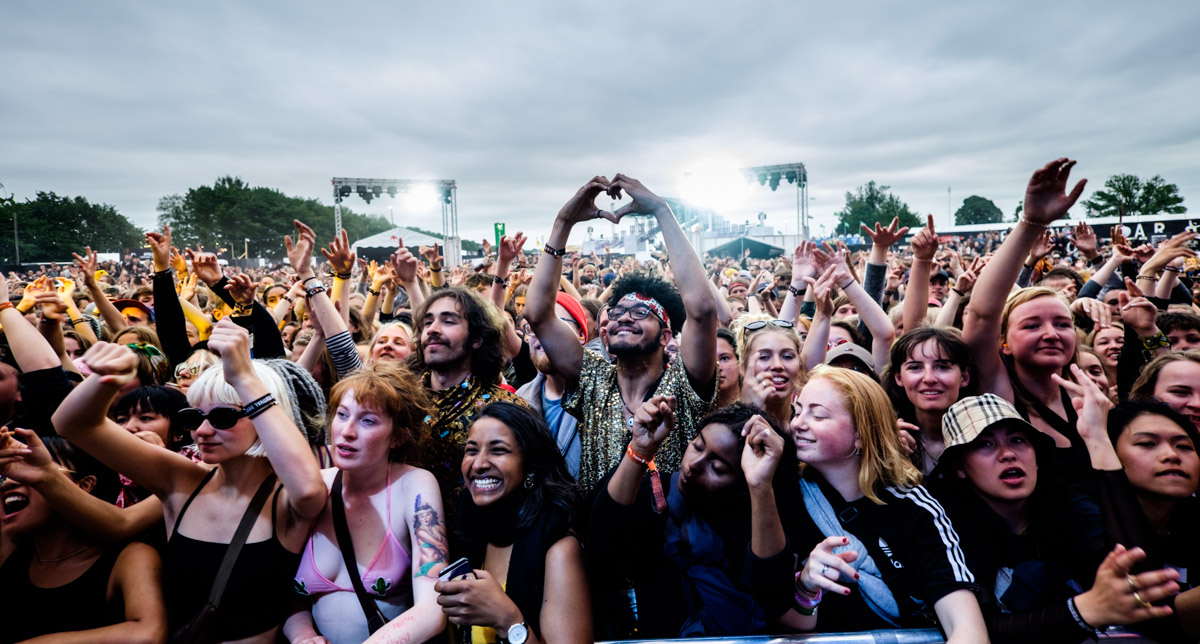 Crowd at Princess Nokia at Roskilde Festival. Again, for crowd shots the 12mm is really good, there is no way I can step backwards so a wery wide angle wreally works hah! 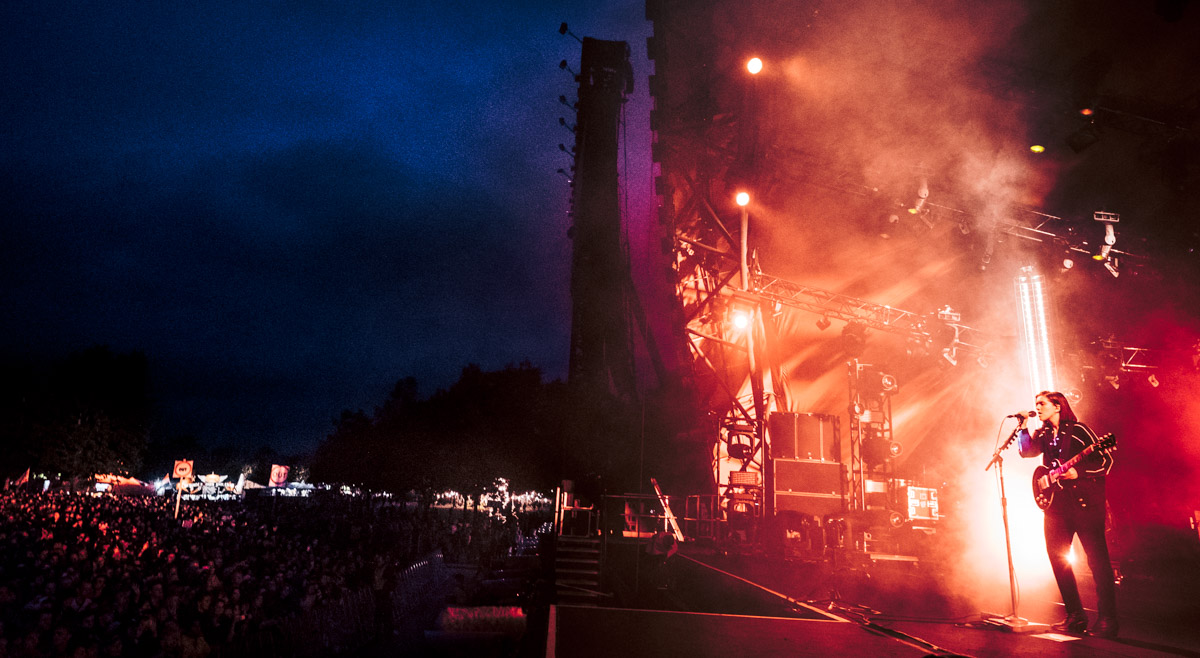 The XX at Roskilde. Amazing show. I do like making cropped panos like this out of the 12mm view. 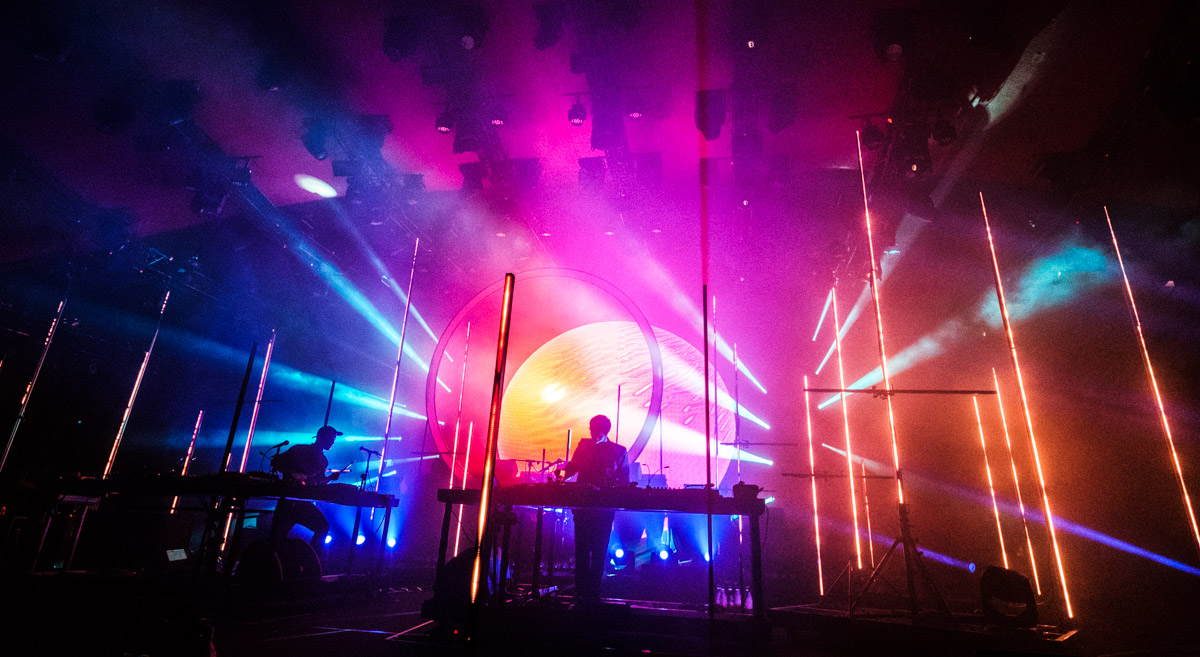 Den Sorte Skole. Here the 12mm was essential, the stage show was huge and we are standing quite close to it. 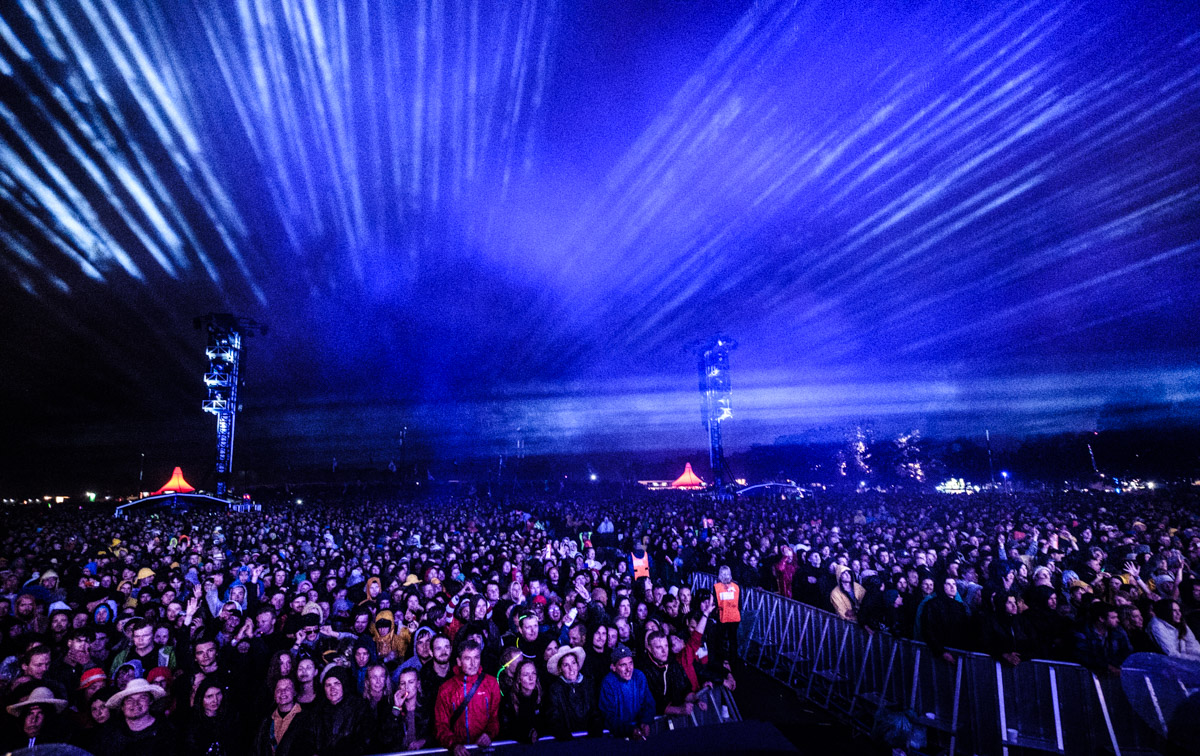 Huge crowd and light show at Den Sorte Skole at Roskilde Festival. Here, I could definitely use something even wider than 12mm. 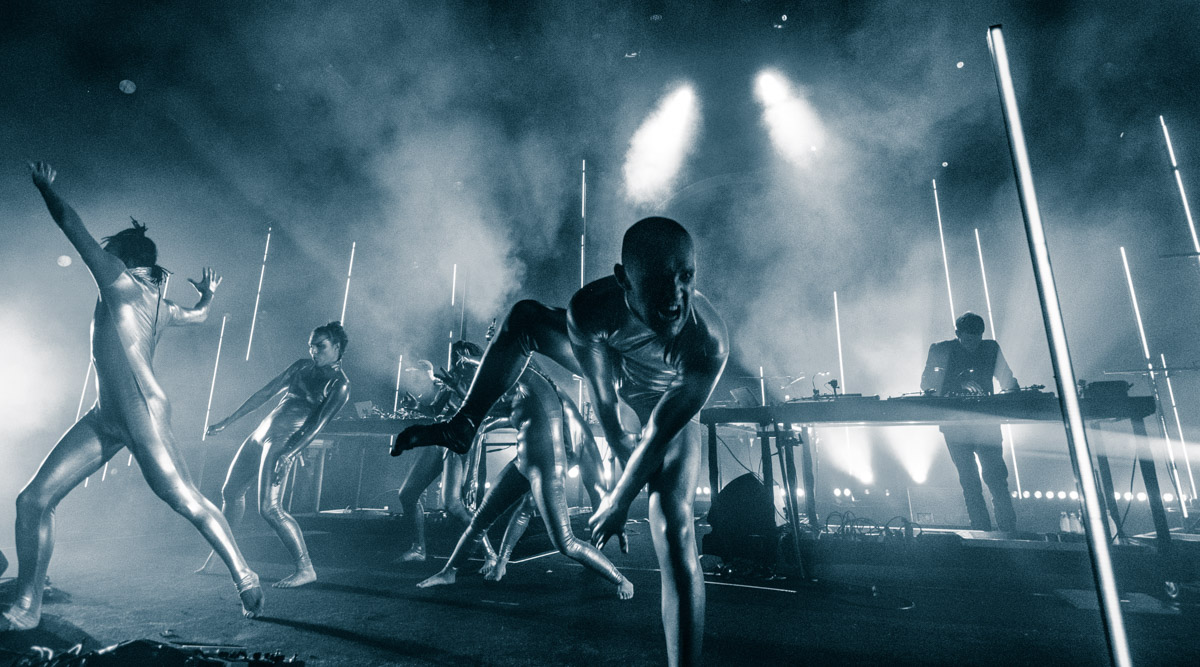 Den Sorte Skole again, these dancers are practically standing on top of me so 12mm view rocks. 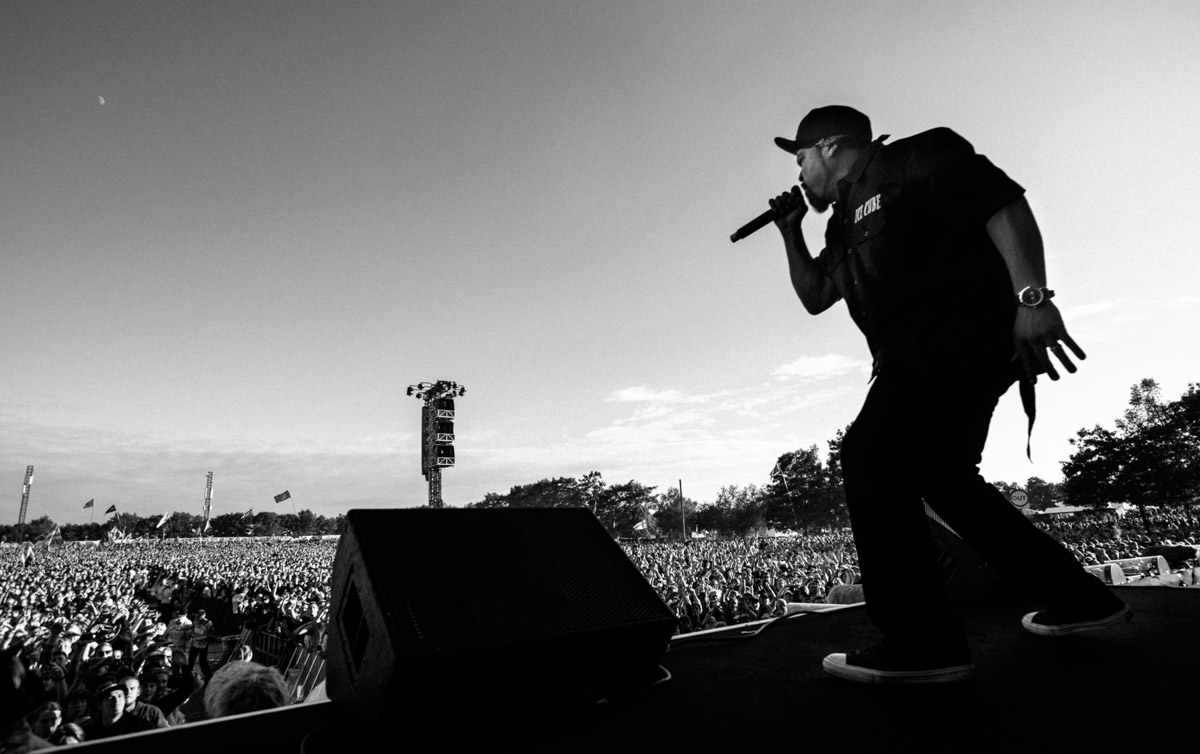 Ice Cube on the Orange Stage at Roskilde. I really wish that damn monitor was not there. If I quickly hold the camera way above my head and get a few shots, I can include the crowd from an angle almost as if I was standing on stage. 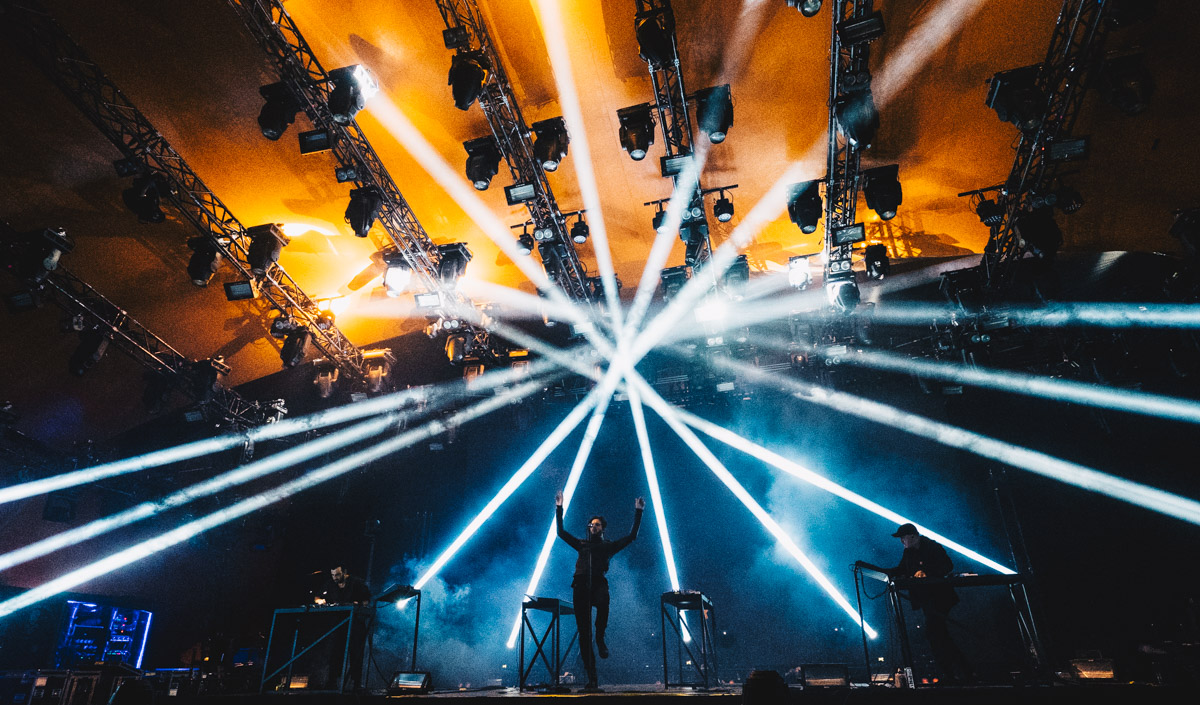 And finally, my oft-posted shot of Moderat. I love this shot, but actually almost find it too wide, wish I had a 16mm version too. The 12mm was what I had on the camera though and this light war madness happened only once. The 12mm view does make it huge and epic, always a plus in my book!