I had no pit access for this concert so I enjoyed the entire Arcade Fire show from this spot, capturing the Orange Stage in the blue hour on the final night of Roskilde Festival 2017.

The legendary Orange Scene – The Orange Stage at Roskilde Festival. It is not an easy stage to play I imagine, nor is it an easy place to make pictures. It is a special, sacred place almost. The stage itself was used by Rolling Stones and Queens before Roskilde Festival purchased it in 1978. People talk about legendary, good and not so great shows on the Orange stage for decades. It must be intimidating to set foot on this stage. But then the rush of seeing 50-60-70 thousand people in front of you from the stage (well, in my case, from the photographers pit) must make you either pass out or get really high!

I am a newbie and have only shot Roskilde Festival for 2 years – 2016 and 2017, so I have probably only shot 14-16 shows on the Orange Stage. The Orange Stage is special in many ways. At every other stage at Roskilde Festival, if you have the correct Photographer credentials you can just show up 15 minutes before show start and you can walk into the photo-pit in front of the stage. But there is a very limited space in the Orange stage pit and almost every photographers wants to shoot the big names of course, so the Orange Stage works on an assignment system. This was a bit messy in 2016, but the new 2017 system where every photographer used an online system to choose a 1st and 2nd priority for every day on the Orange stage worked really well.

Once you know which shows you are allowed to shoot on the Orange, you proudly wear the correct sticker (don’t loose these and try not to get them wet!) and line up for access to the magic. You walk (fast) through a maze of fences and tunnels, then you walk up a few steps and suddenly you are in this little pit right in front of the stage, very close to the artists and a great view of the insanely huge crowd. I still remember the first time I did this walk, and saw this view. I get goose bumps every time. It is a tough place to make pictures, there is limited room to move, there might be truckloads of gear on stage in the way, the artists might be right in front of you almost on top of us, or hiding behind a piano (hello Neil Young, now we see you now we don’t) – and we have very limited time. But it doesn’t matter, it is a magical experience none the less. I can get quite spellbound watching the crowd during the concert, but we usually only get 3 songs and out so I cannot stare out over the ocean of 50,000+ people for too long. I particularly love the Orange Stage at night, in the darkness, the magic happens.

I feel really lucky to have experienced this two years in a row and I really hope to add another Orange Stage experience this year. My big dream is to one day be able to actually set foot on the actual Orange Stage itself and make pictures on stage. The view from the stage must be out of this world. I know, because I am standing so very close to out-of-this-world in the pit! I do not know if it will ever happen. But I can dream!

You can view all my photo essays from Roskilde here, in this gallery I am solely focusing on pictures of the stage or the Orange stage experience itself. I made an effort in 2017 to try and shoot some more pictures of stage, the crowd at the stage and the view from the photographers pit on the stage. I wanted to document the many moods of Orange, capture the Orange Feeling as I experience it. 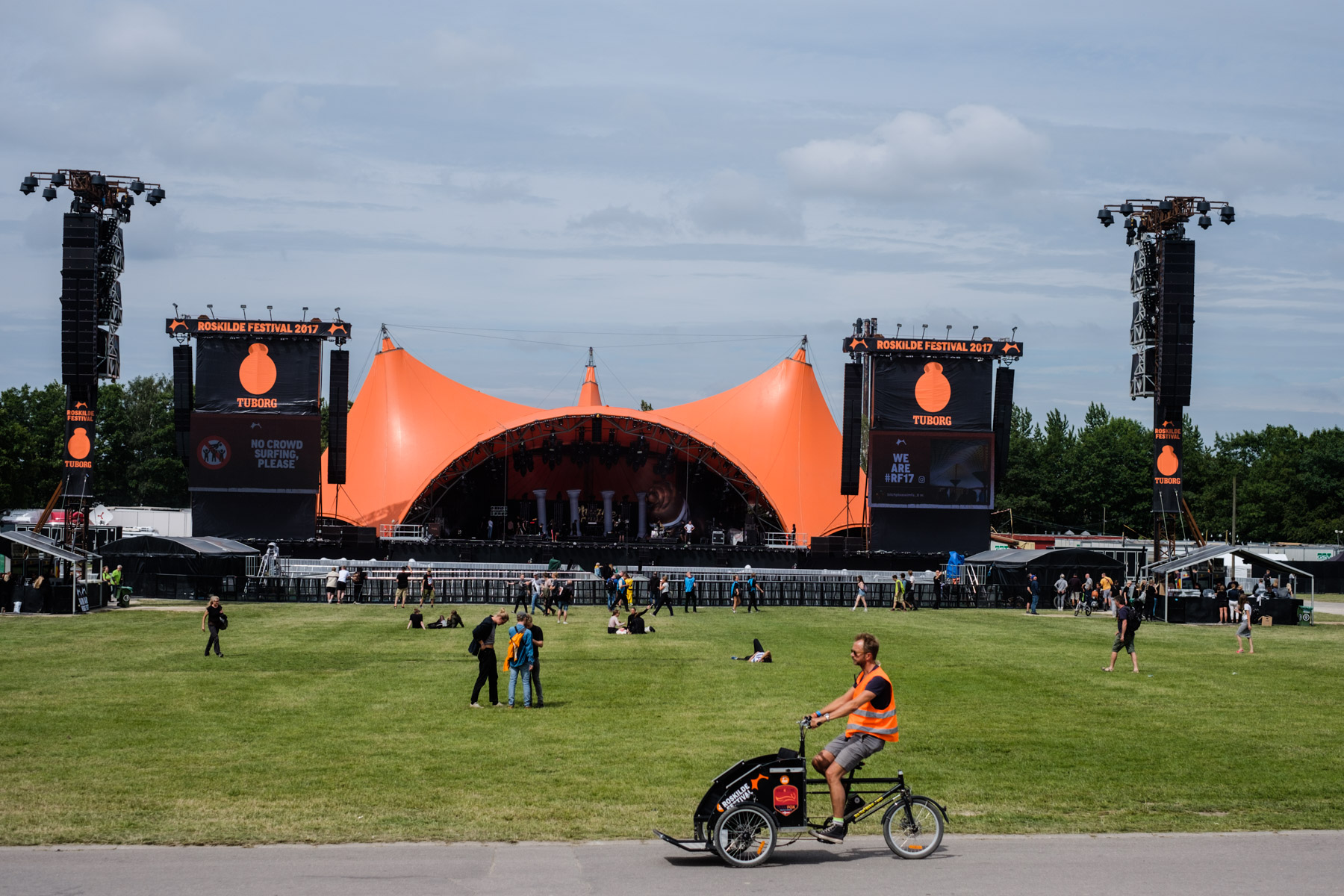 A view of the Orange Stage a few hours before the festival grounds opens. 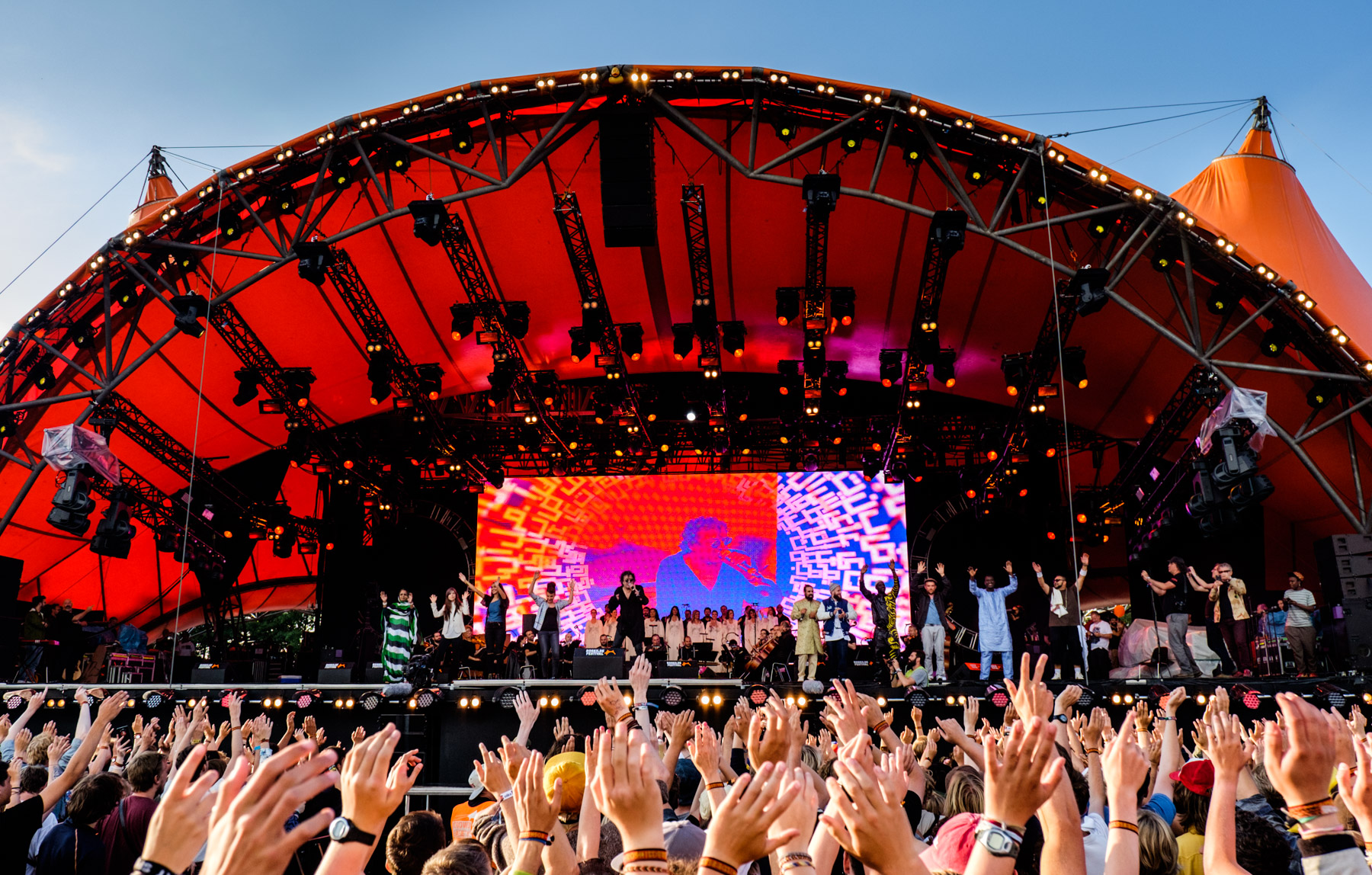 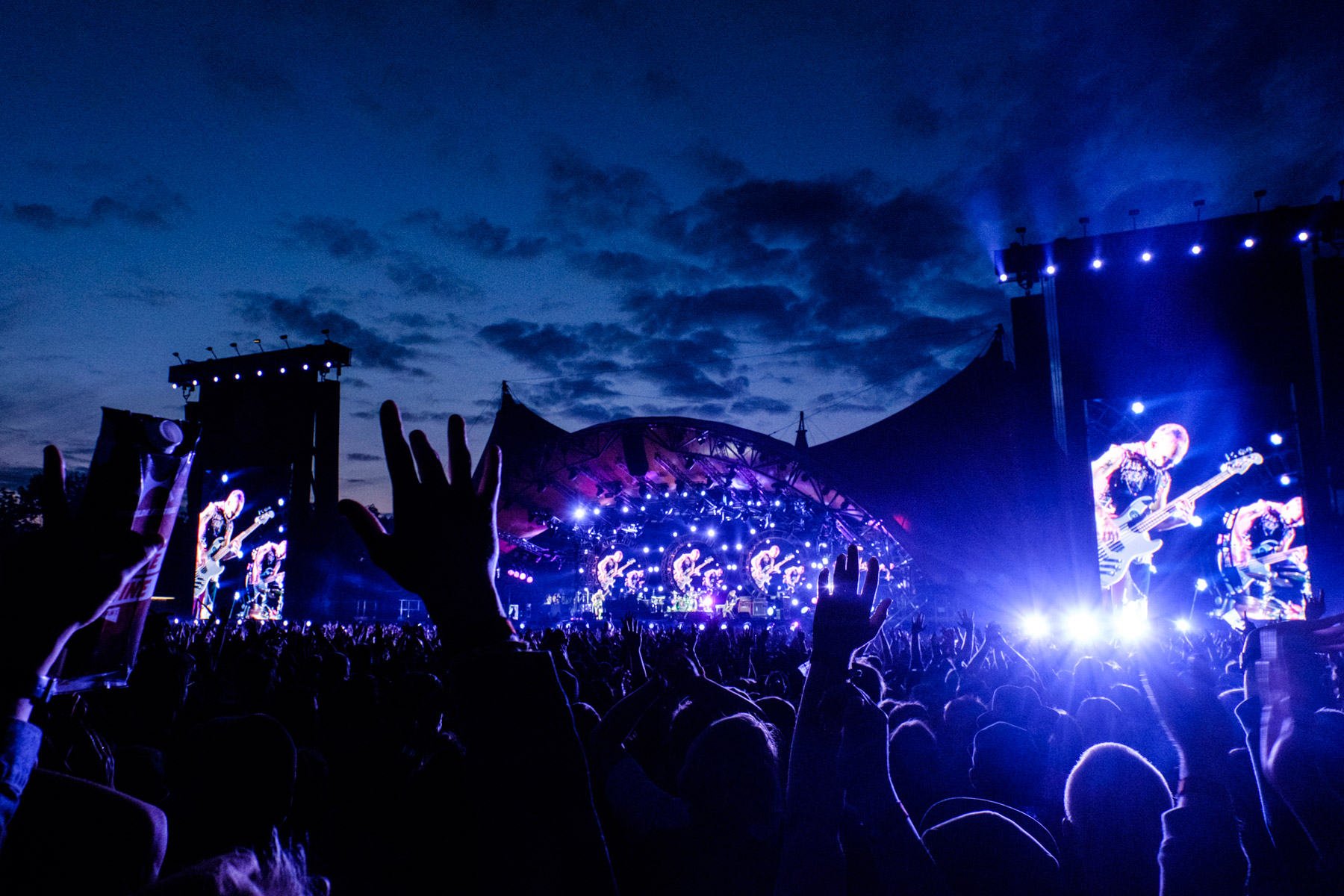 Funnily enough, one of my best crowd shots came from having to shoot Red Hot Chili Peppers from the Front of House tent as they darn Peppers did not want us in the pit. 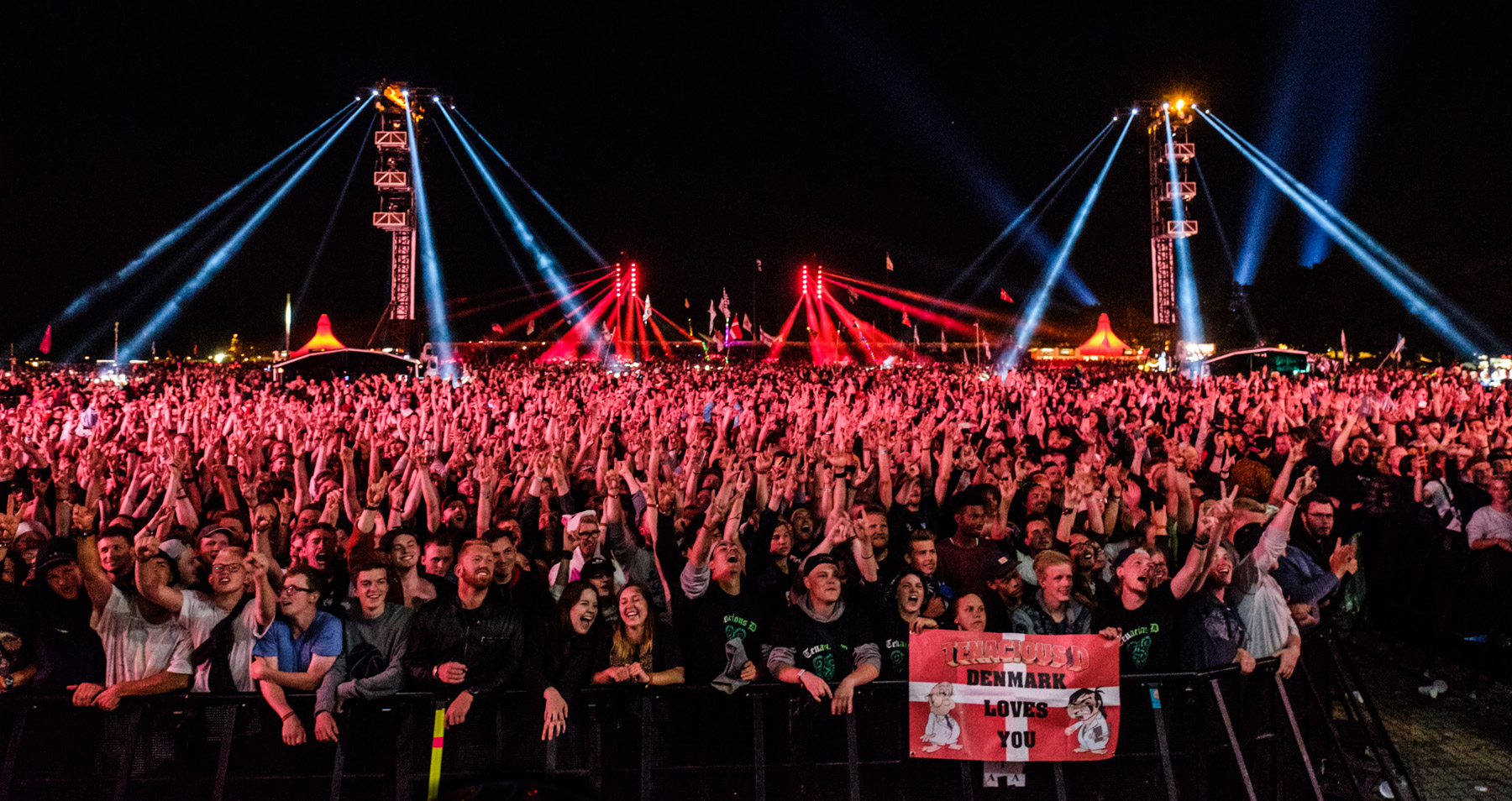 War of the Worlds during Tenacious D in 2016! I am mesmerised by the view from the stage. 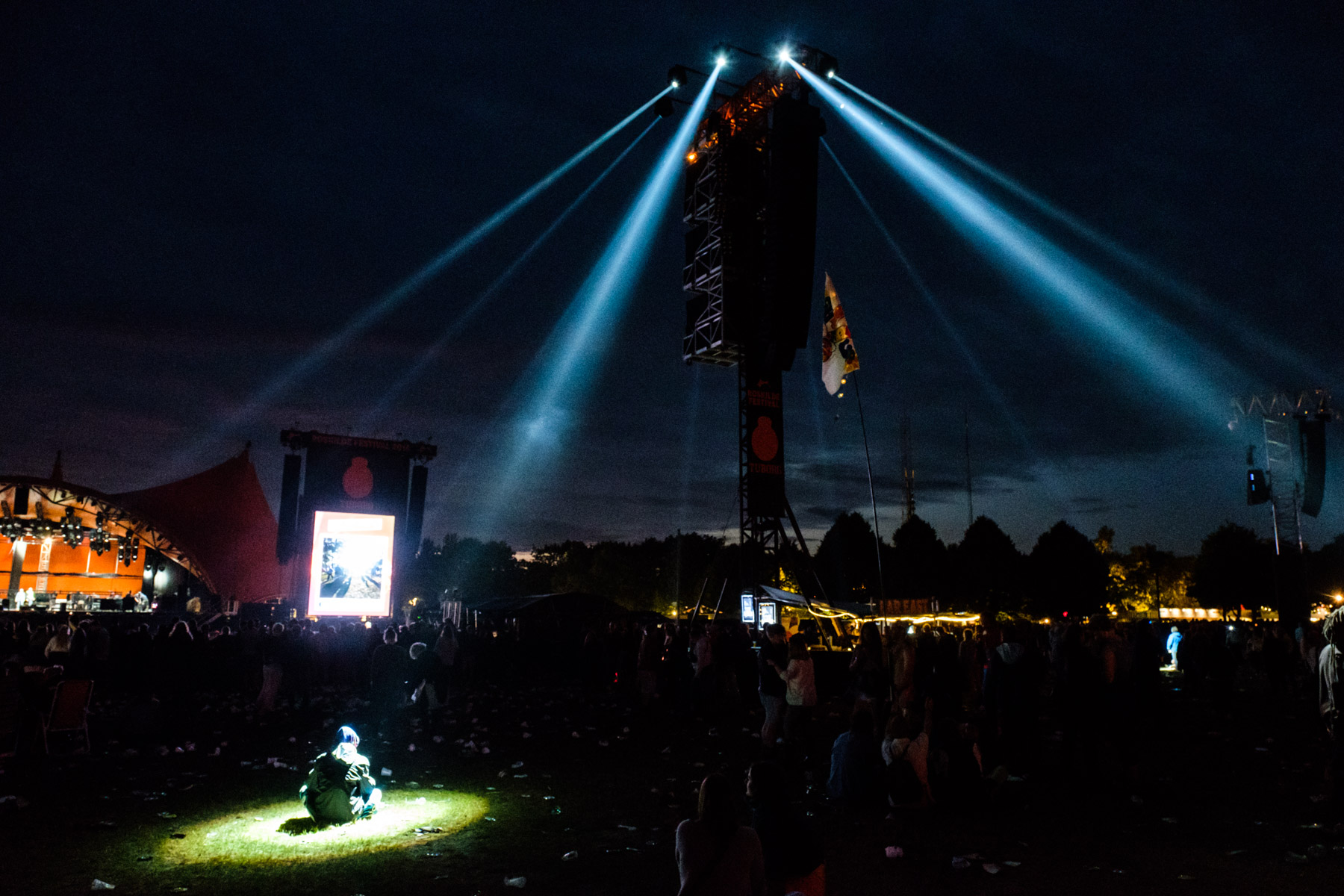 Walking around at night in front of the Orange Stage can be totally surreal! 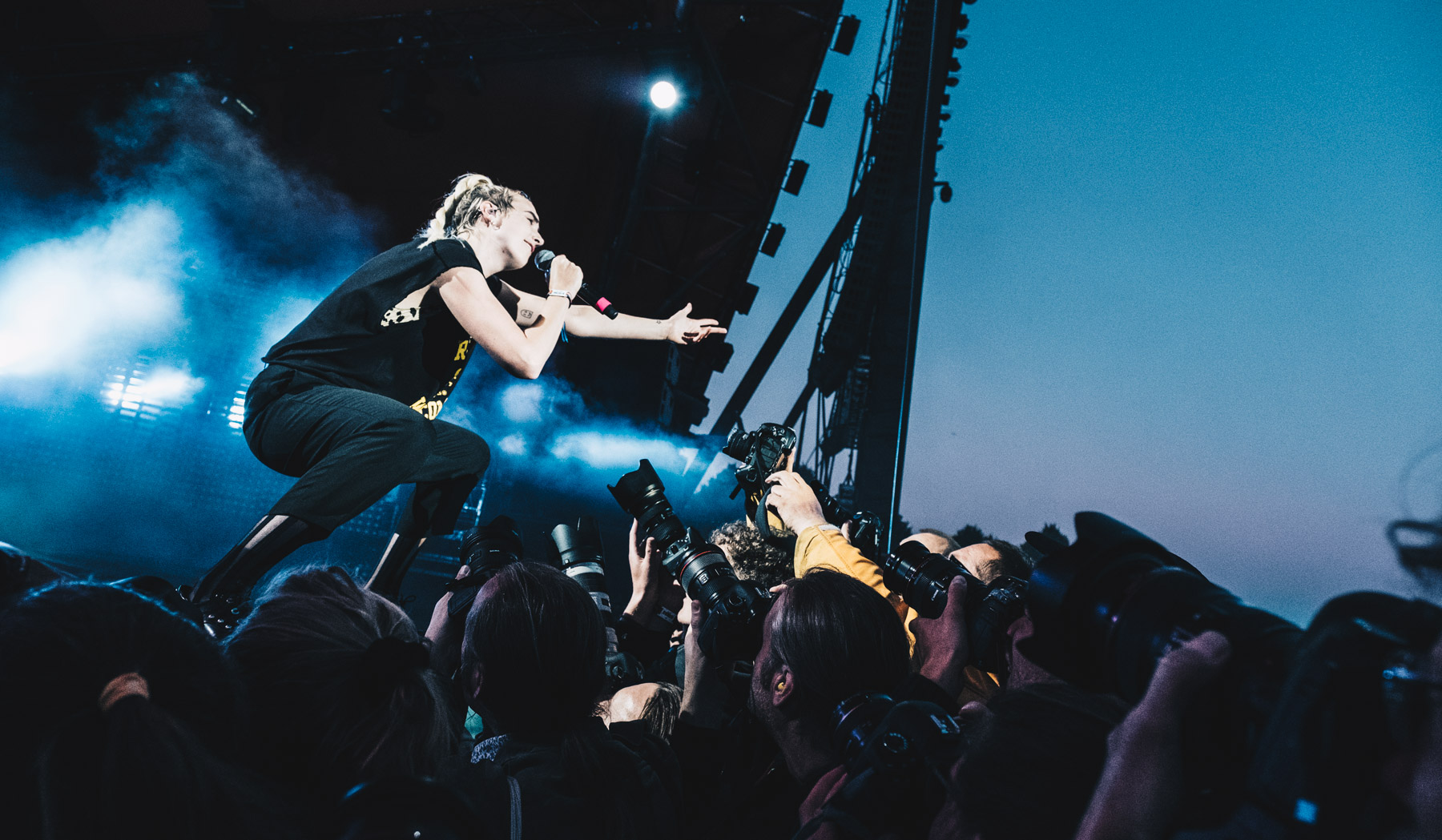 MØ conquered the Orange Stage in 2016 and really gave a lot to us photographers in the pit.

I managed to shoot an in-camera stitched panorama of the crowd in 2017 – it gives you an idea of the amount of people but even this panorama is not wide enough to get everyone in! 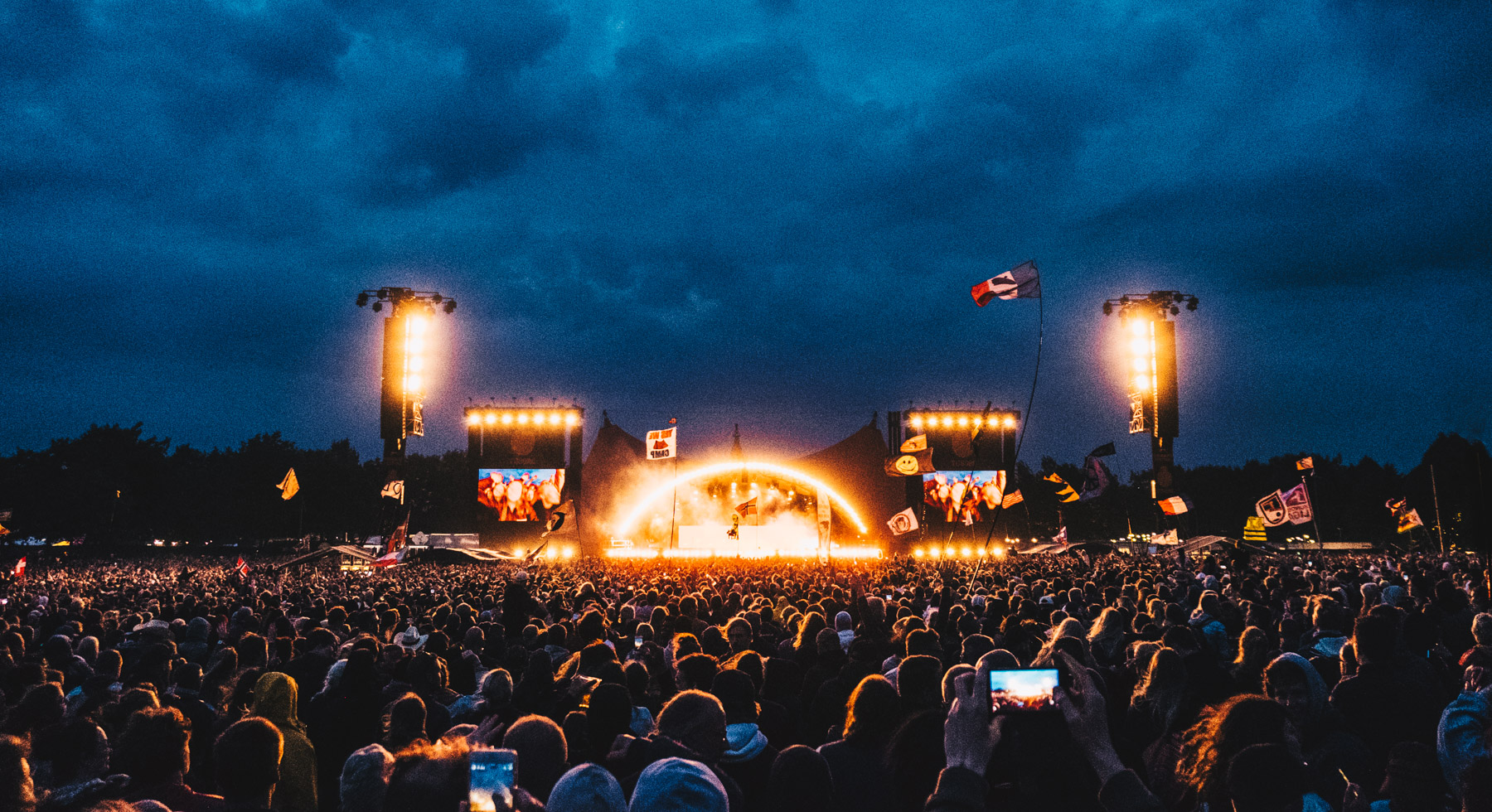 Some nice dramatic clouds during The Weeknd in 2017 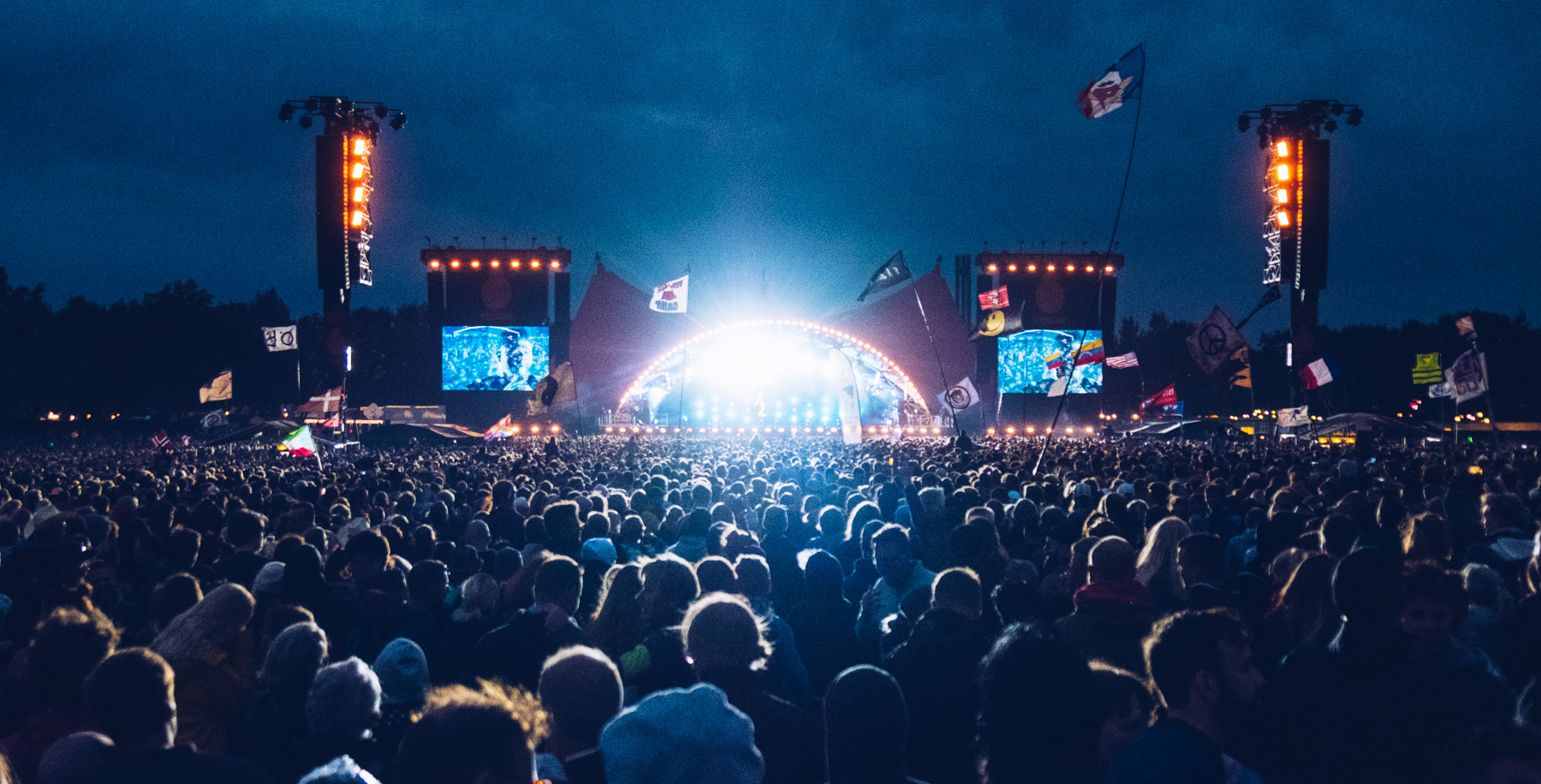 The Weeknd in 2017, I did not have pit access so spent some time shooting the stage from this angle. 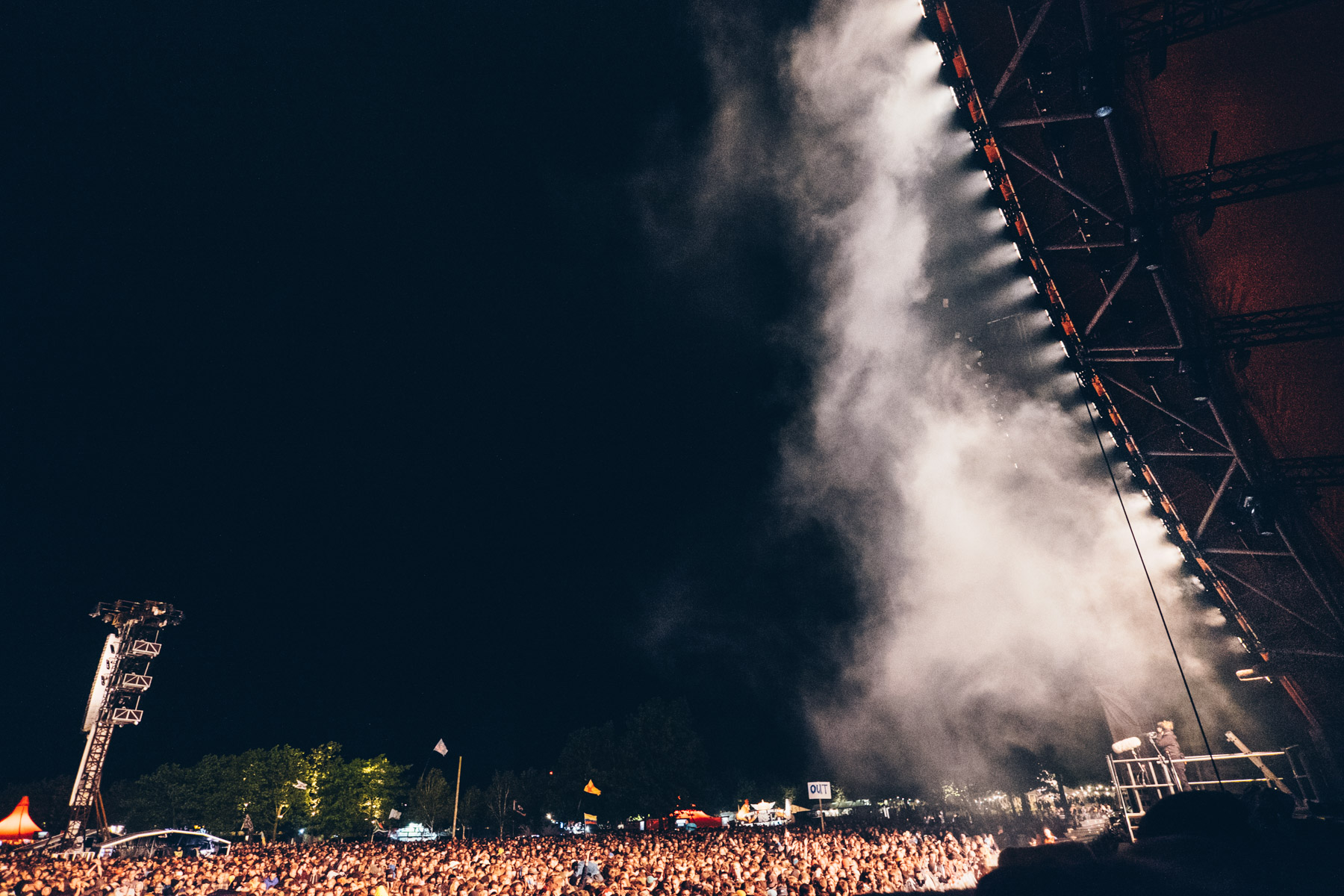 Waiting for the next artist in the photo pit and in between shows the stage totally looks like it is breathing! 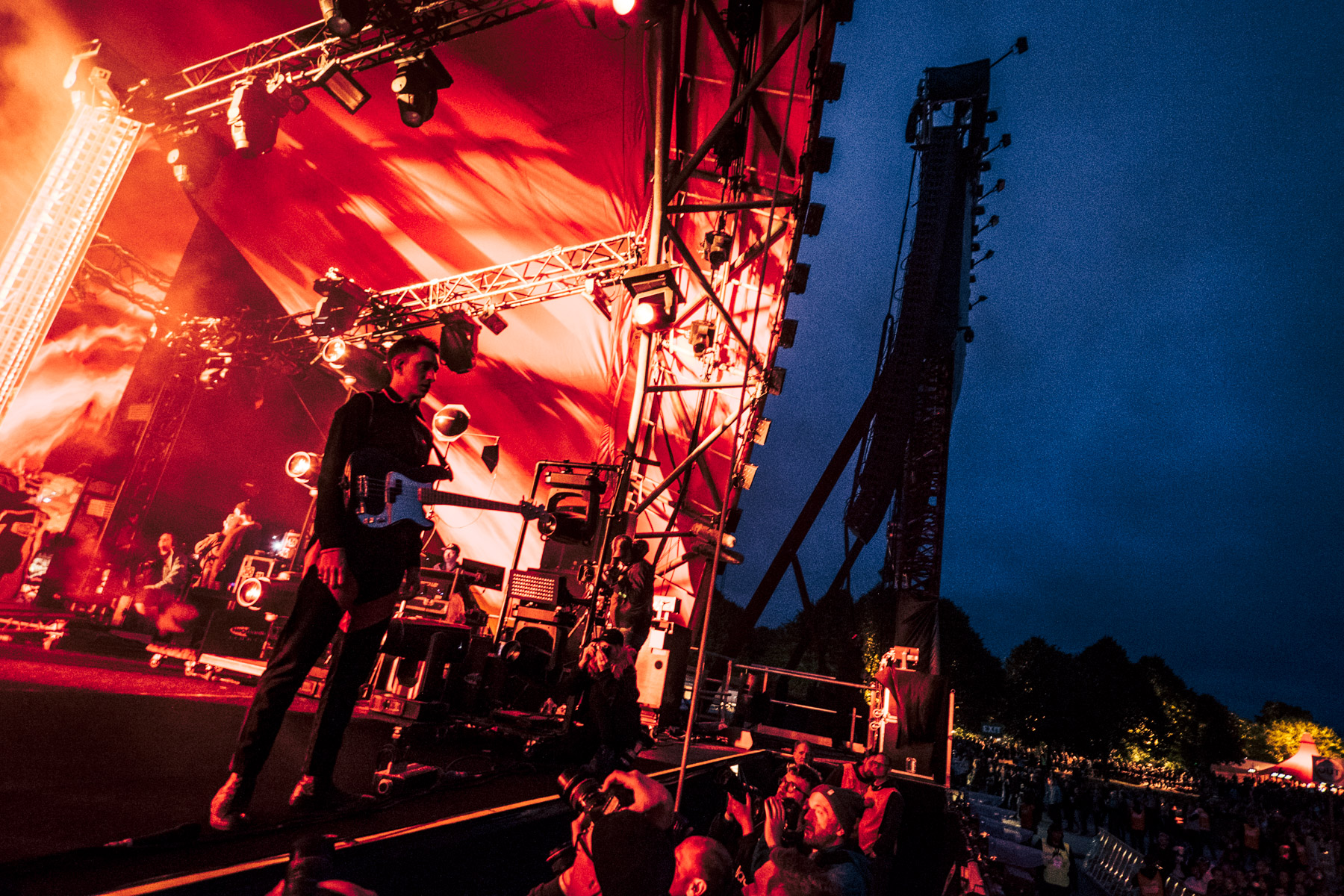 Oliver Sim from The XX poses for us in the pit! I often shoot a few shots including the photographers too. 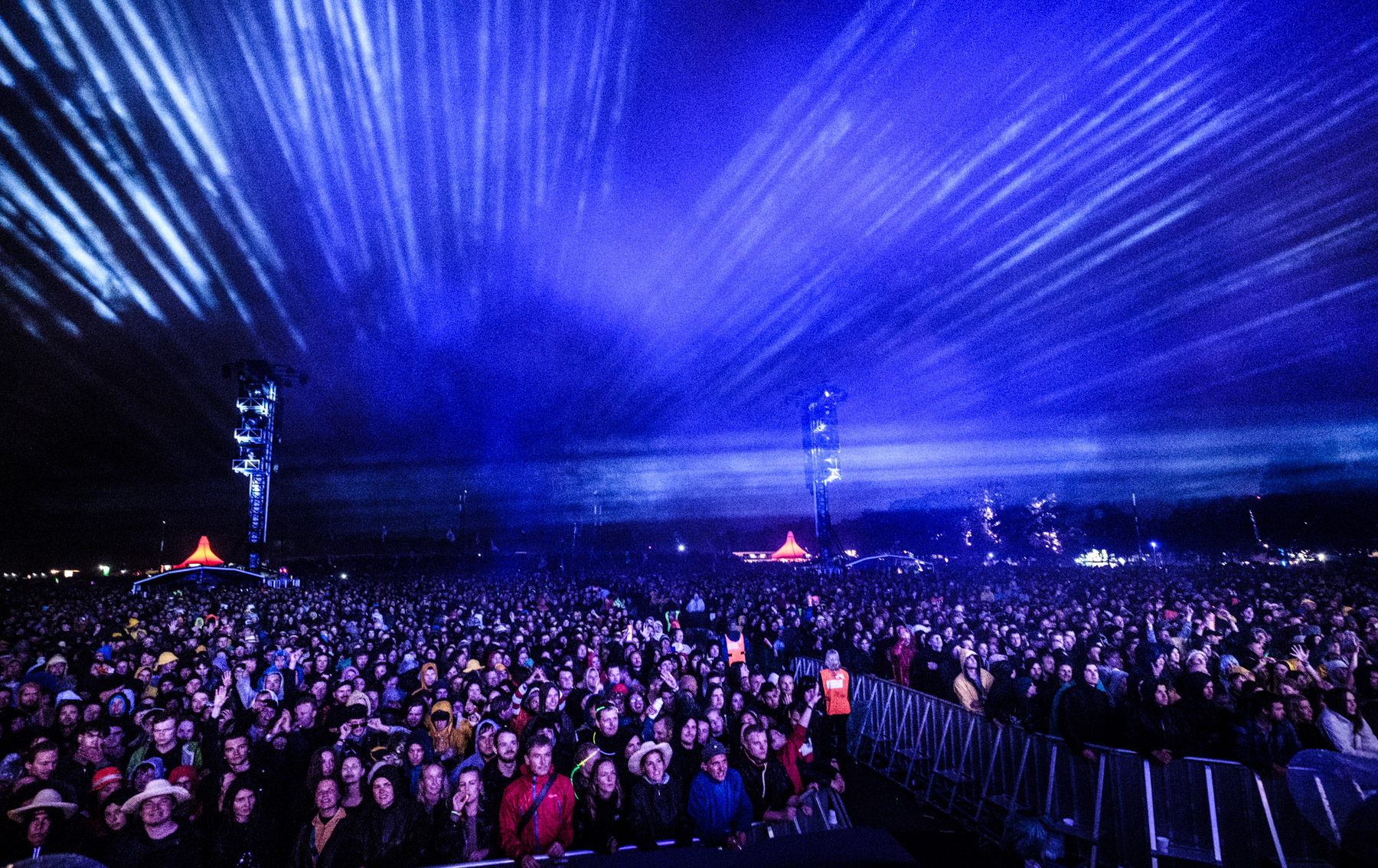 The view from the pit can be truly surreal! This is during Den Sorte Skole in 2017, it was raining cats and dogs and the lightshow was truly otherworldly. Amazing! 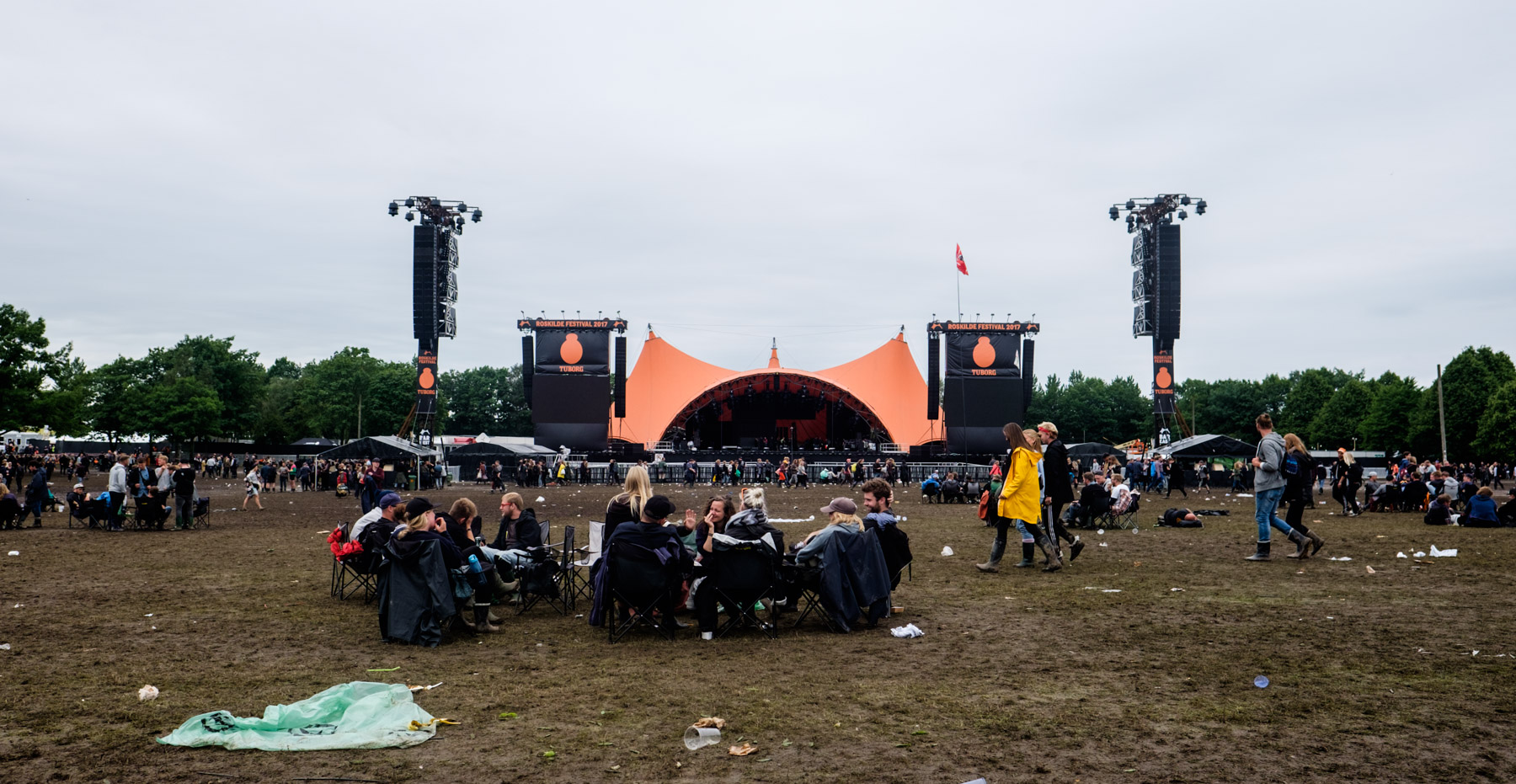 It looks a lot different during the day, here one afternoon on the wet and muddy 2017, waiting for the first show. 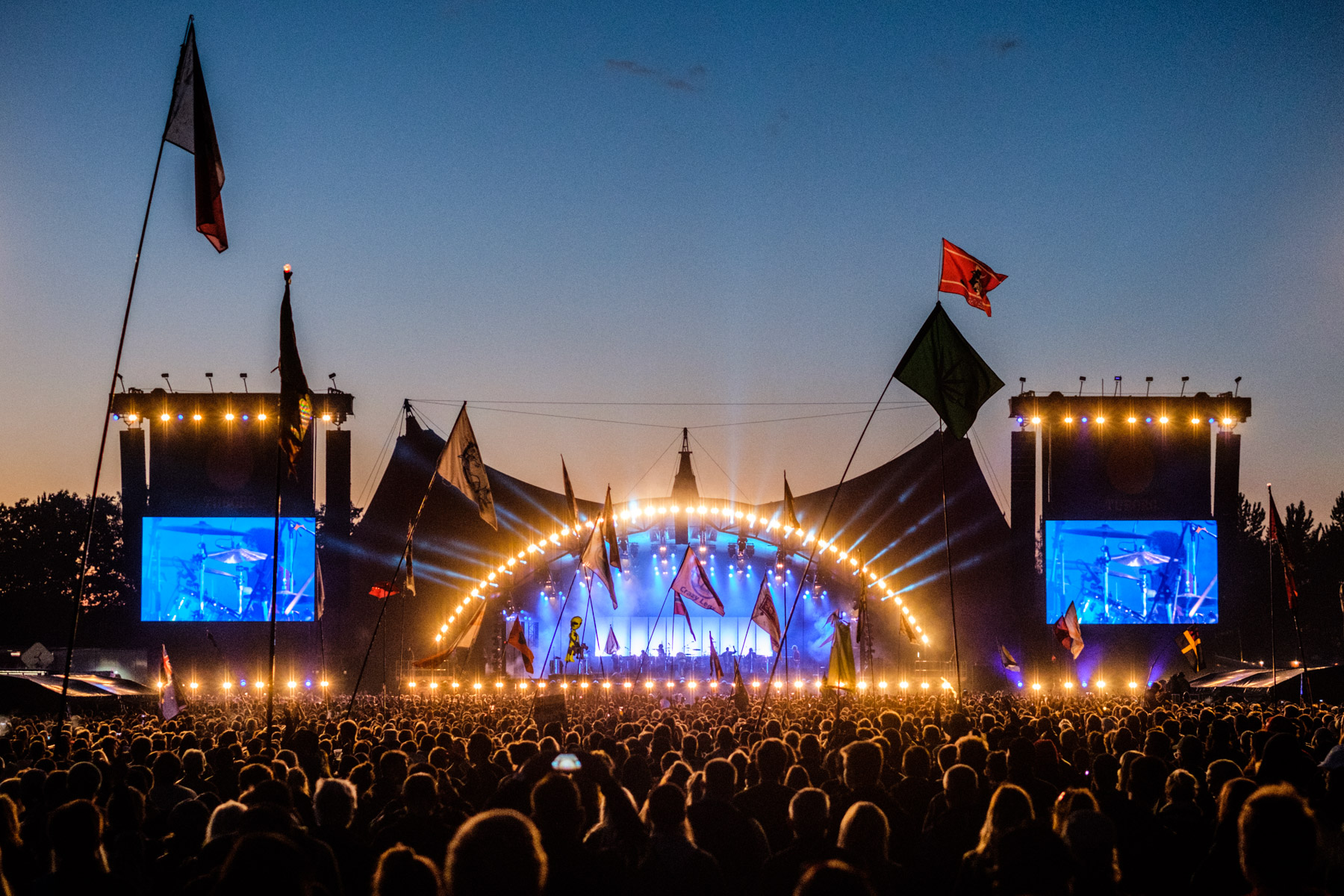 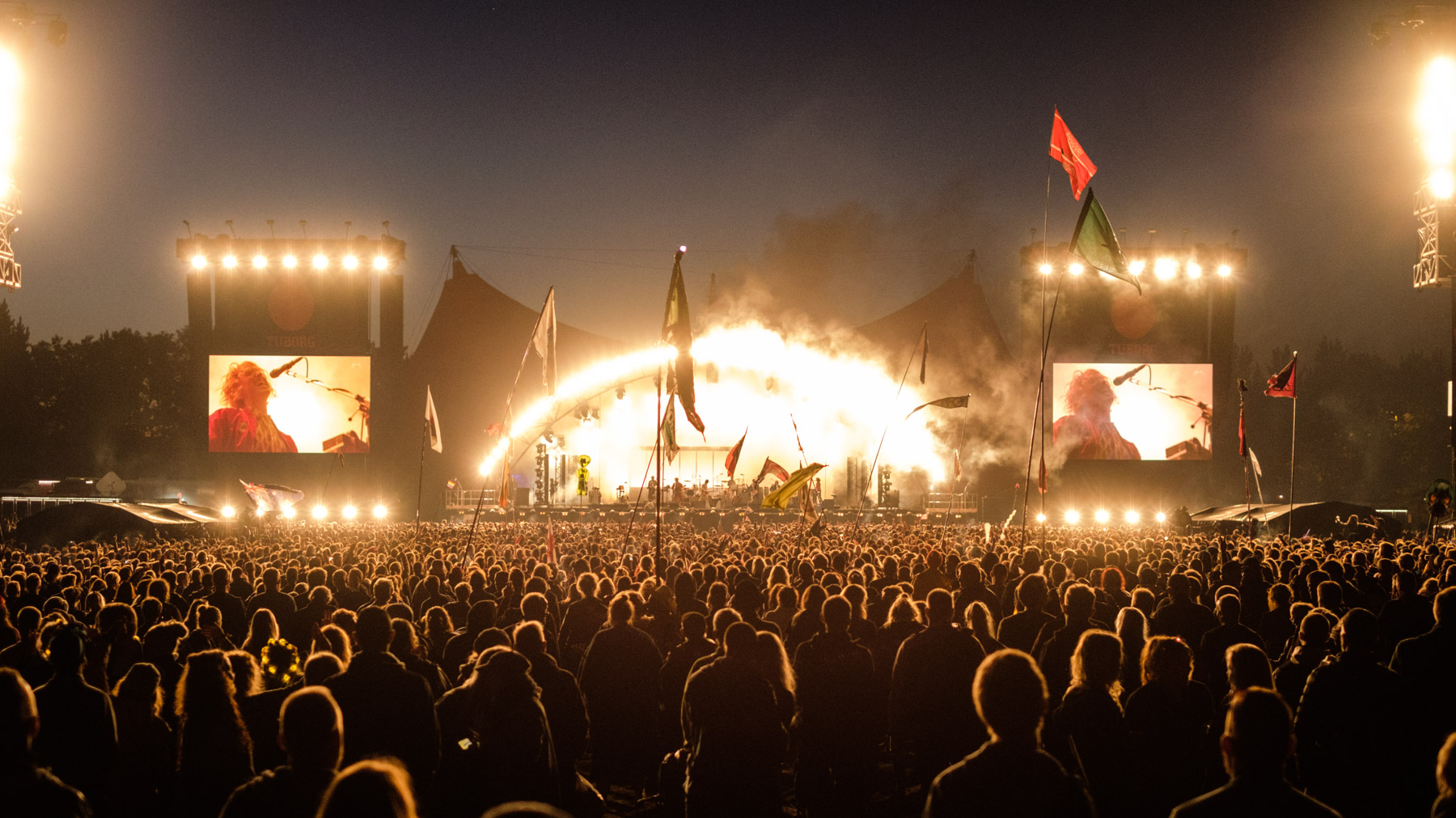 It really looked like Arcade Fire set the stage on fire! 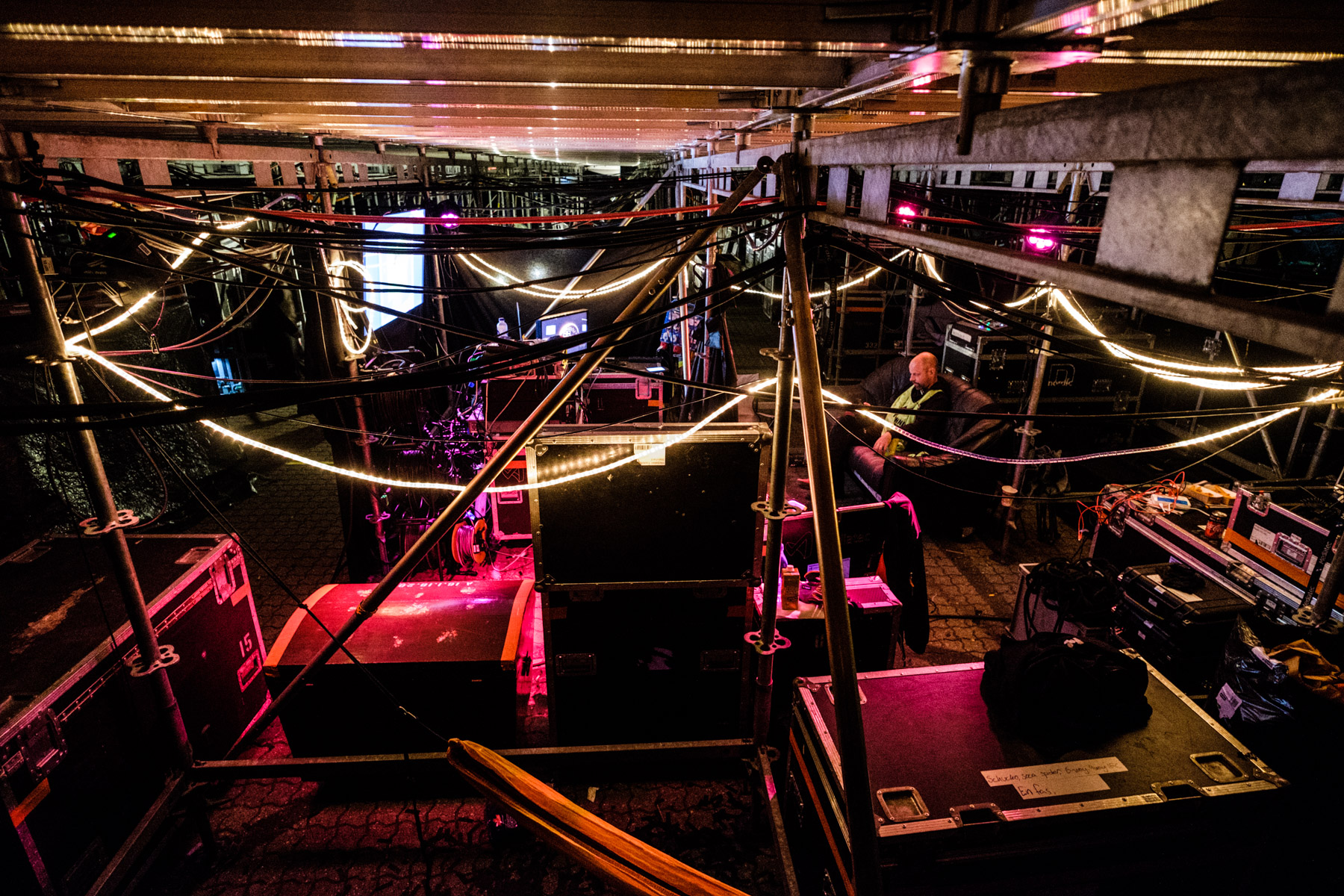 A very rare view under The Orange Stage. I owe credit to friend and fellow photographer Jens Panduro, he discovered this hole in the black cloth that revealed this view from the photo pit – and being the classy guy I am, I totally copied his shot! 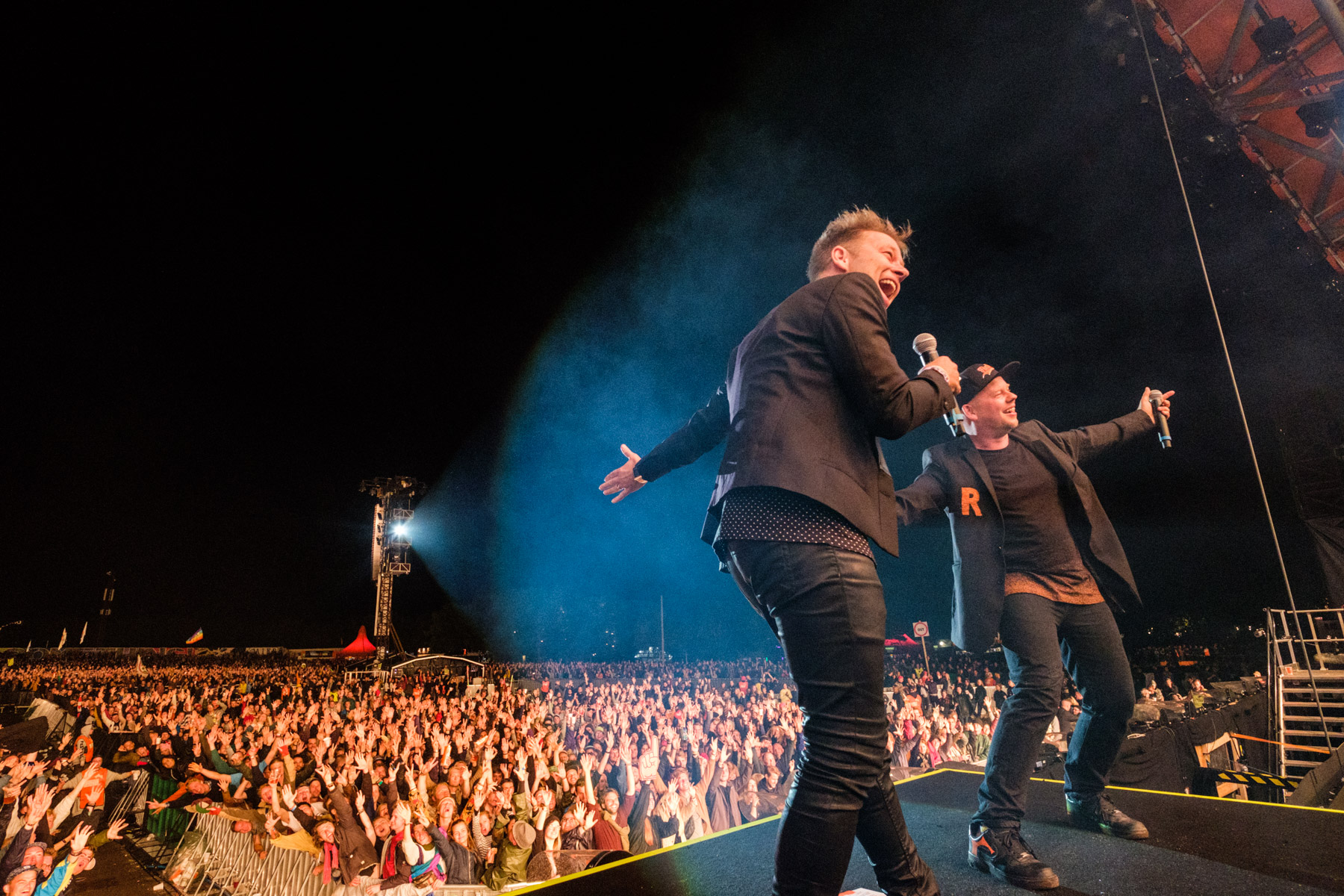 And of course, the great hosts of the Orange Stage, 2 x Per! Per Vers and Per Sinding-Larsen. No I am not on the stage, I just have really long arms! 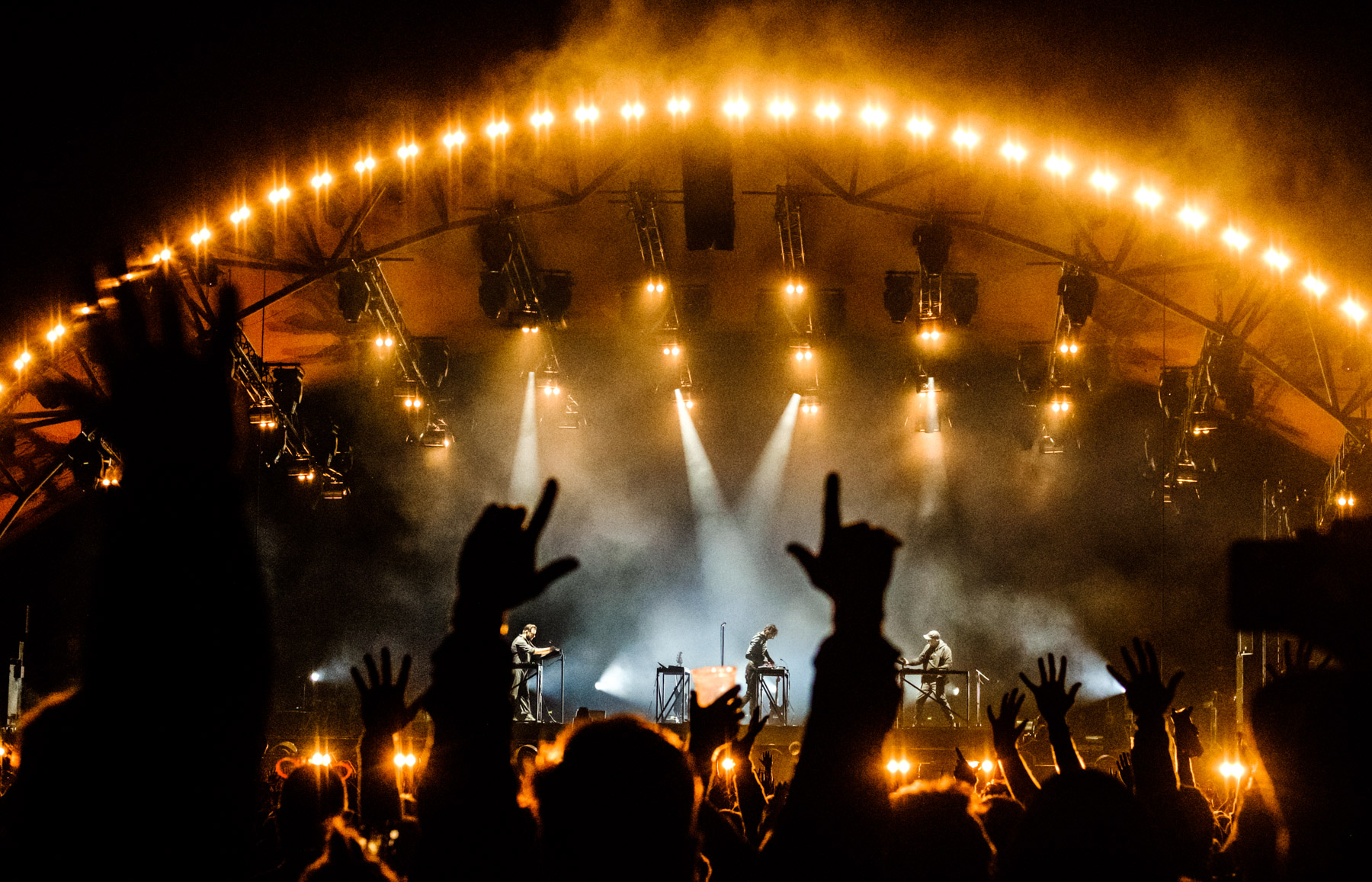 Hands in the air during Moderat. 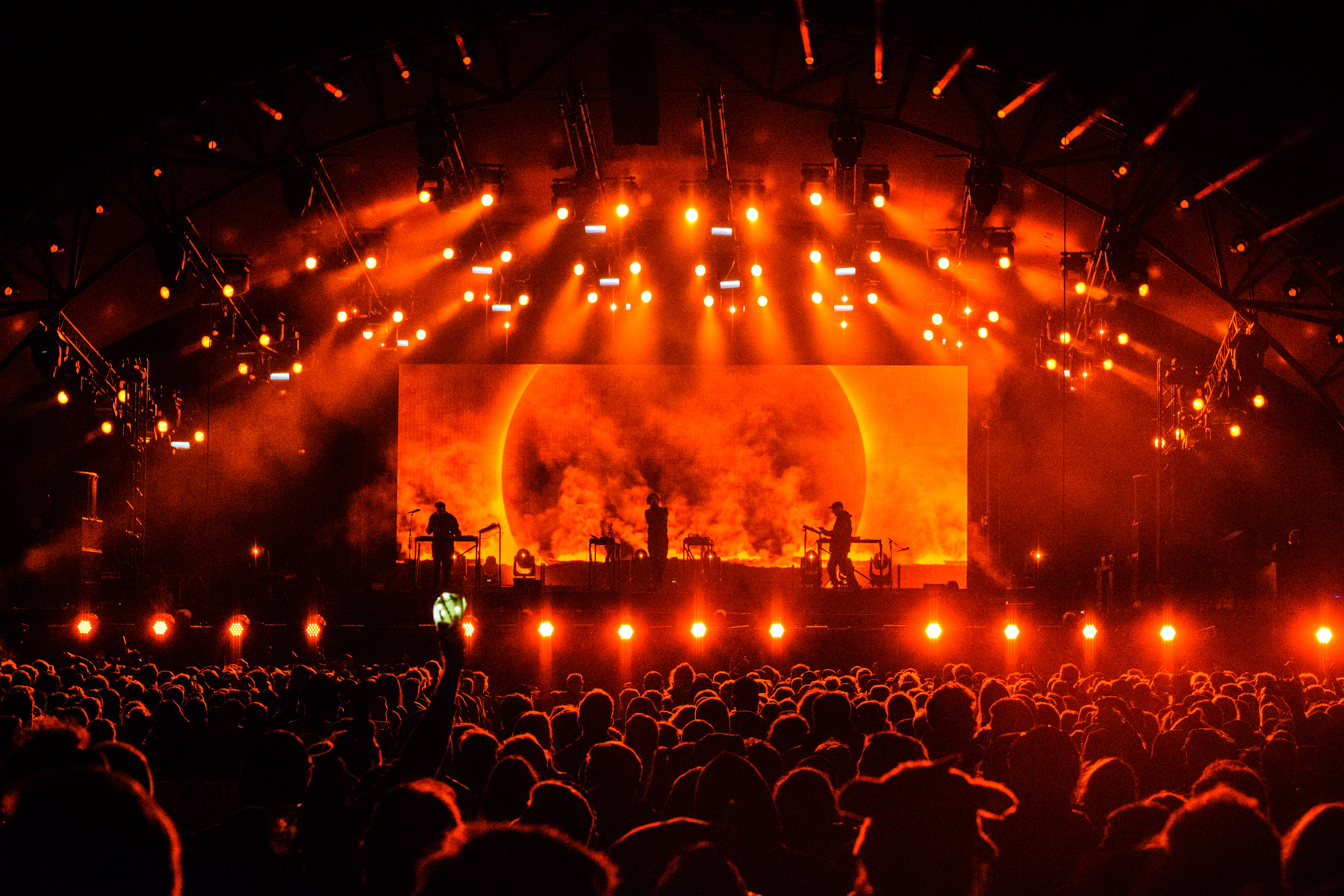 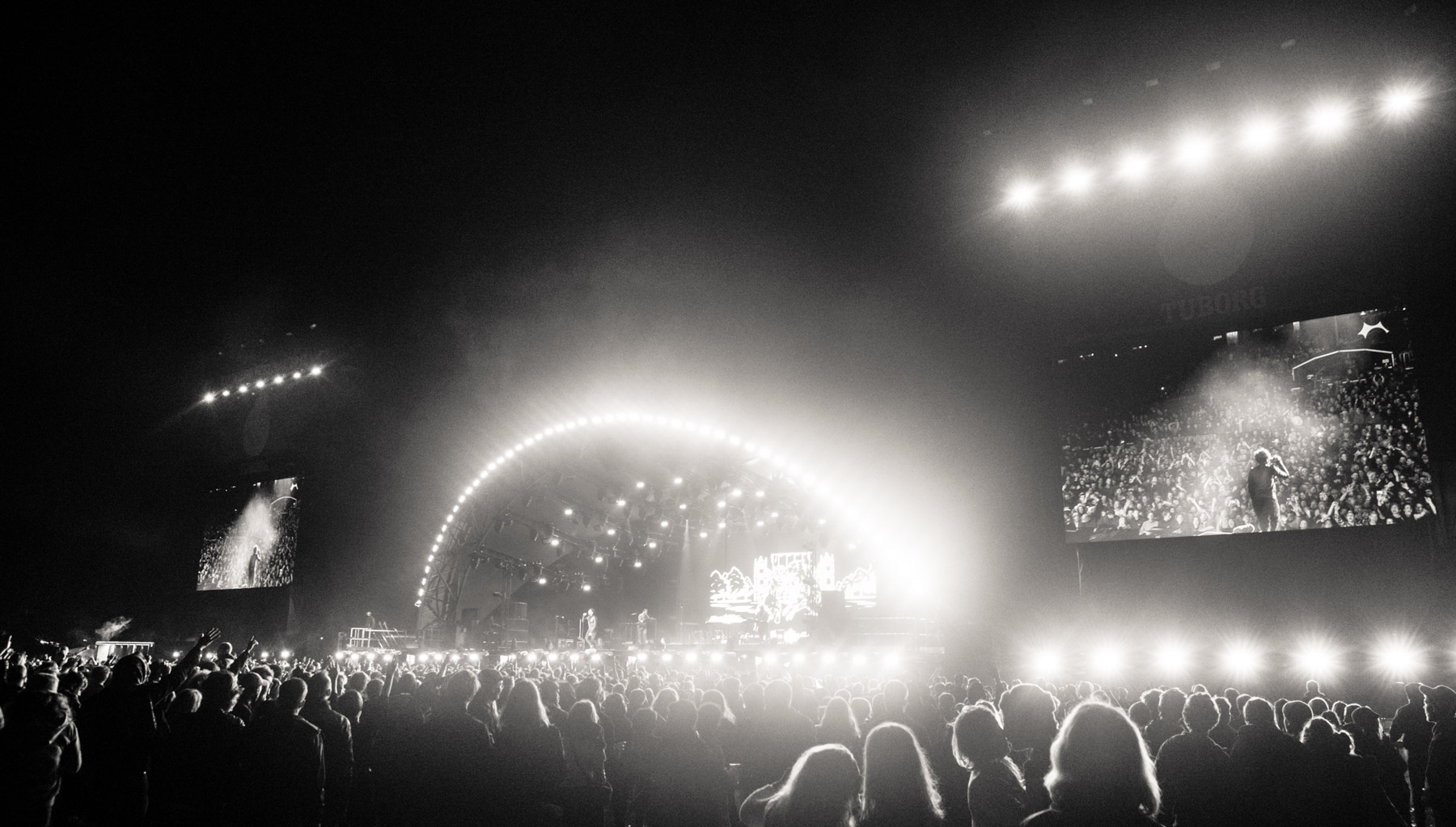 One of my last shots from 2017. Look at the big screen, look at that view that Sascha Ring from Moderat has from the stage! One day, one day, I might be up there, I can dream!

2 Comments on “Capturing That Orange Feeling”