This past Saturday night I had a truckload of fun making pictures of Amelie Lens and Tim Andresen playing at the What Happens 11th Birthday event at the wonderful Culture Box in Copenhagen.

Tim started out the main room, fittingly called Black Box as it is extremely dark, with a few hours of insanely good chunky tribal house and techno, even trancey stuff. Outstanding, totally loved it. Amelie Lens is a superstar on the worldwide techno circuit and it showed as she was escorted by the security guy (who literally was blocking people out the way, NFL offensive line style) through the insanely packed room and into the booth as people were cheering, clapping and were super excited. She mixed out of Tim’s final tune with a bridge track and then boooooooom, she kicked in a new track with a fat techno beat. The energy in the crowd was amazing, the room was threatening to come apart it felt like. The awesome sound system at Culture Box got a work-out!

I must admit I caught about 90 minutes of Amelie and then had to leave before the end of her set, the main room was so packed the only place to take pictures was in the booth and this old raver had a bad cold and got tired in the stuffy warm room with no oxygen. I wish I could have stayed longer. Everyone wanted to hear Amelie so the main floor was packed like I have never seen it before. It literally took an almost NFL running back effort to get out of the DJ booth, through the crowd and out of the room altogether.

Culture Box is a fun place to shoot, and challenging. The DJ booths are tiny, so there is very little room to move, I compose using the flip screen and my long arms! Usually, early on in the night the main room is half empty and I can move around and make shots. This time, it was packed as I got there. The rooms are super dark and bathed in deep red LED lights, so I am at ISO 12,800 all night long, F1.4 aperture and manual focus – I call it Techno-photography! It is another universe, escapism, being at Culture Box, and I do really enjoy it. Thanks Tim, Amelie and Rasmus and Culture Box crew! 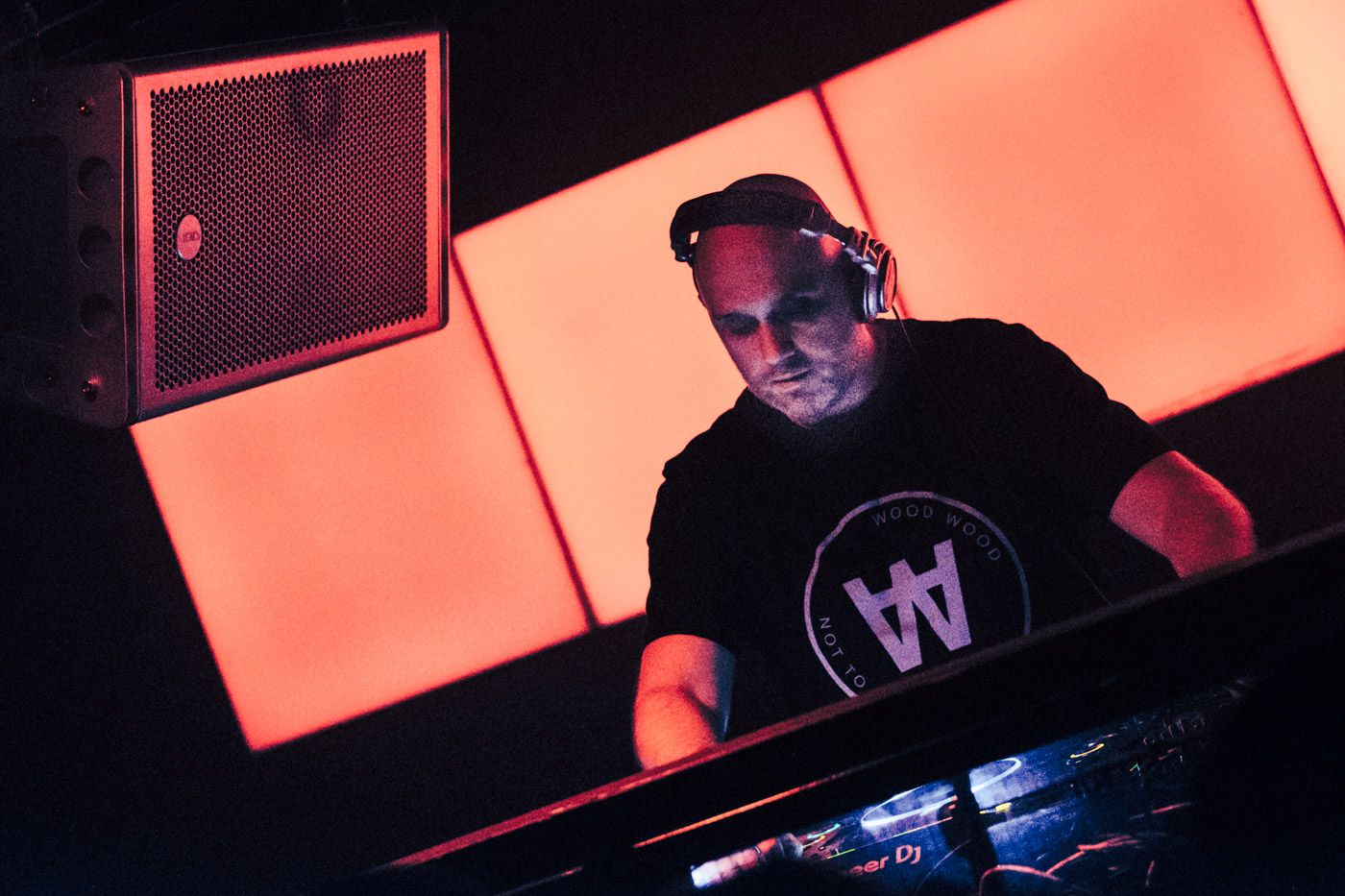 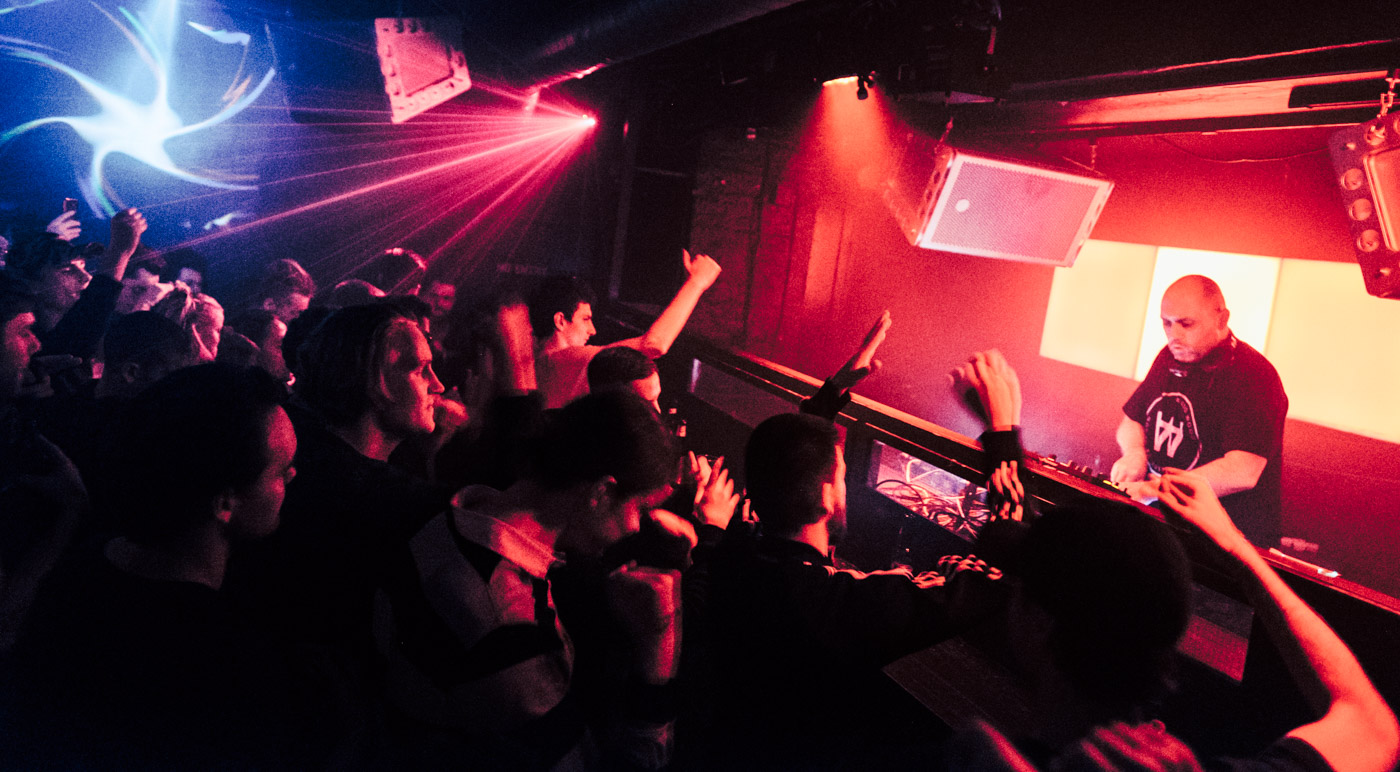 Tim Andresen and the crowd loves his chunky house beats 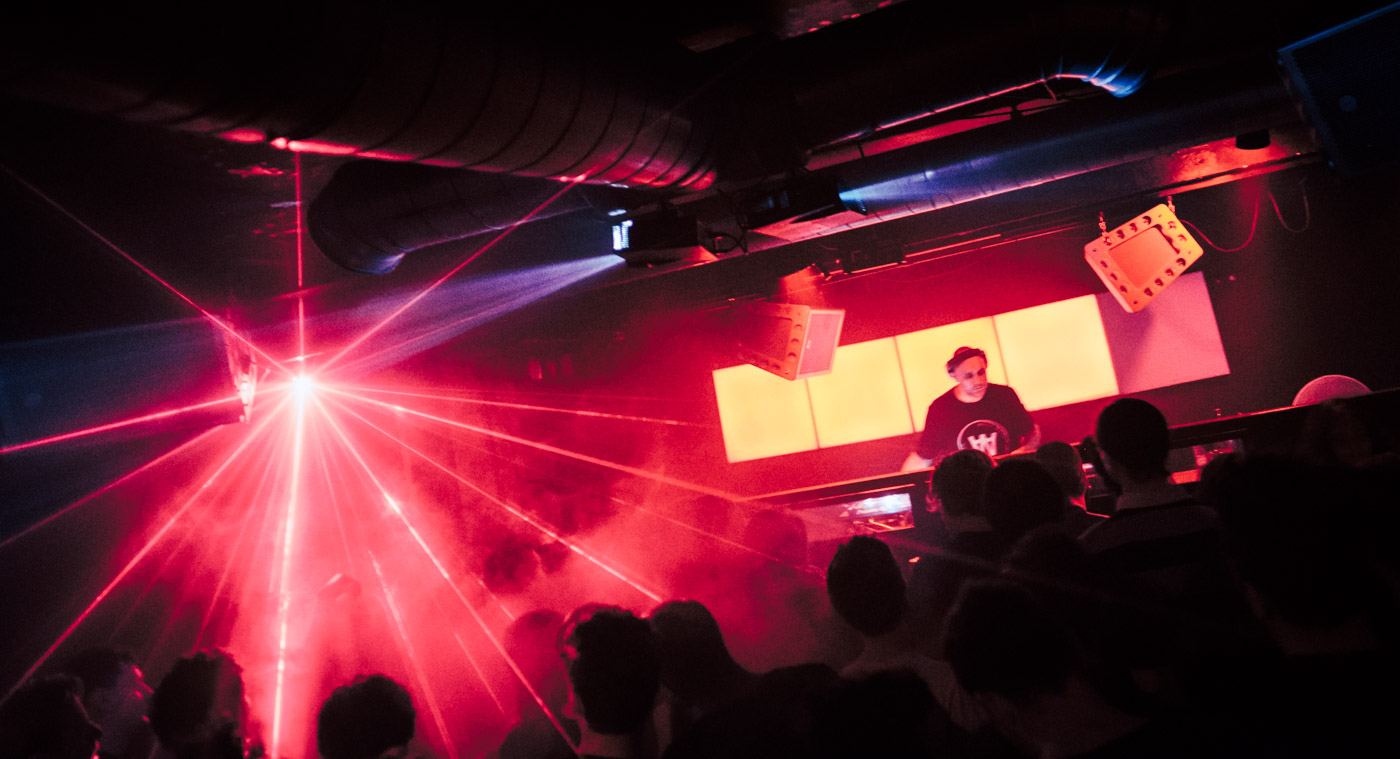 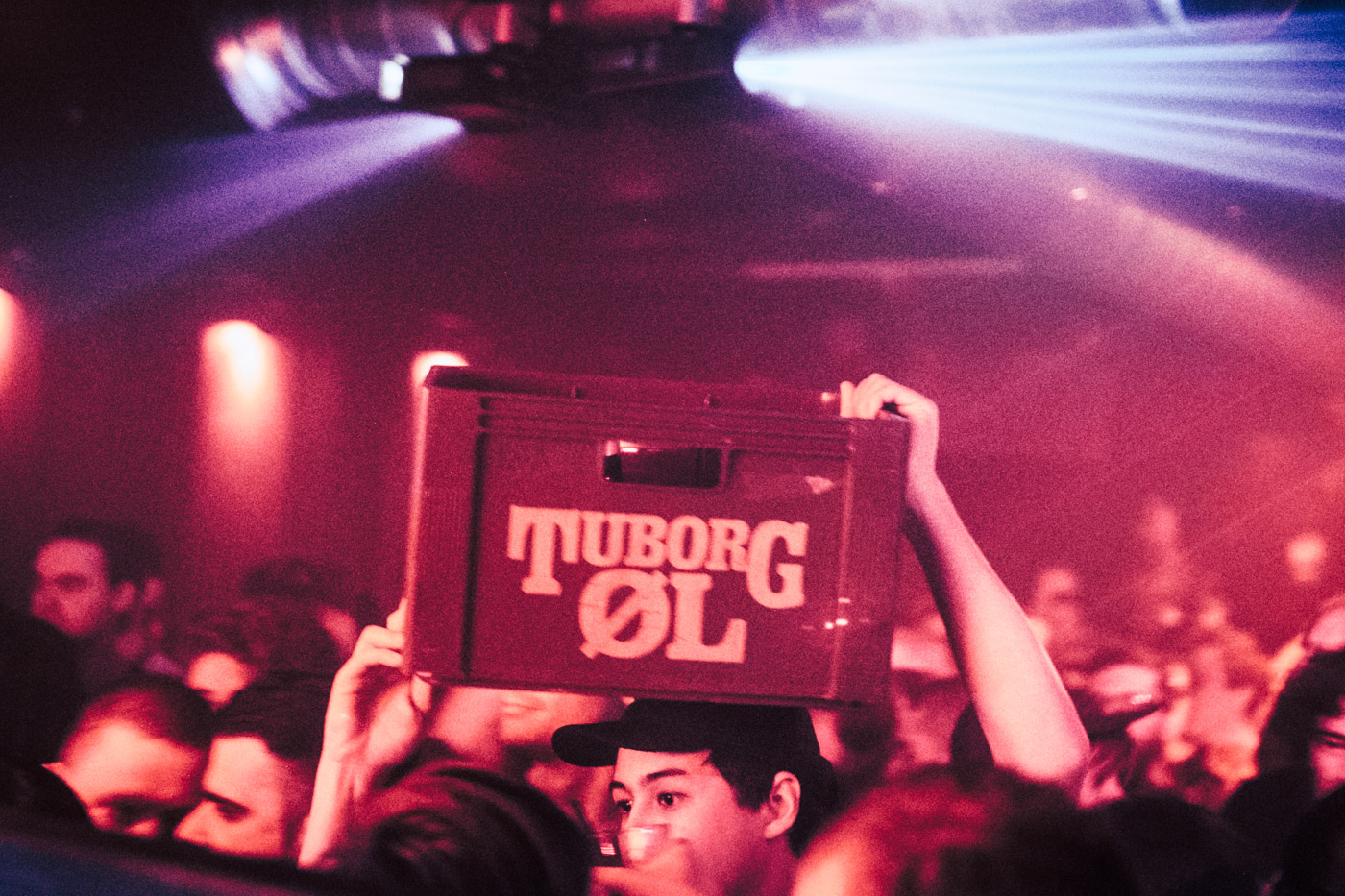 Respect to this young guy, whose job it is to make his way around the packed room and collect empty glasses and bottles and bring them back to the bar. Only way is to carry the beer case on his head, which must get pretty heavy is it is filled with glass. Awesome effort! 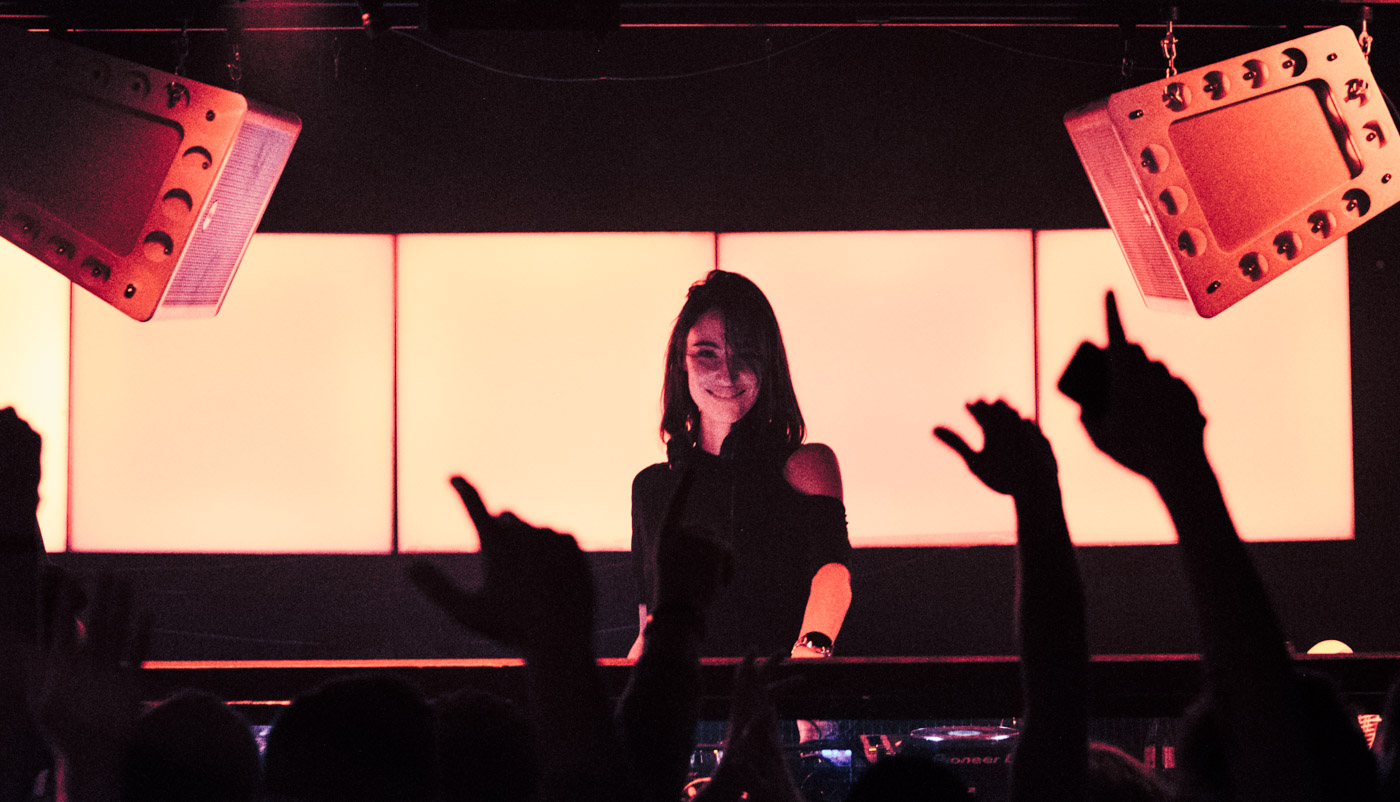 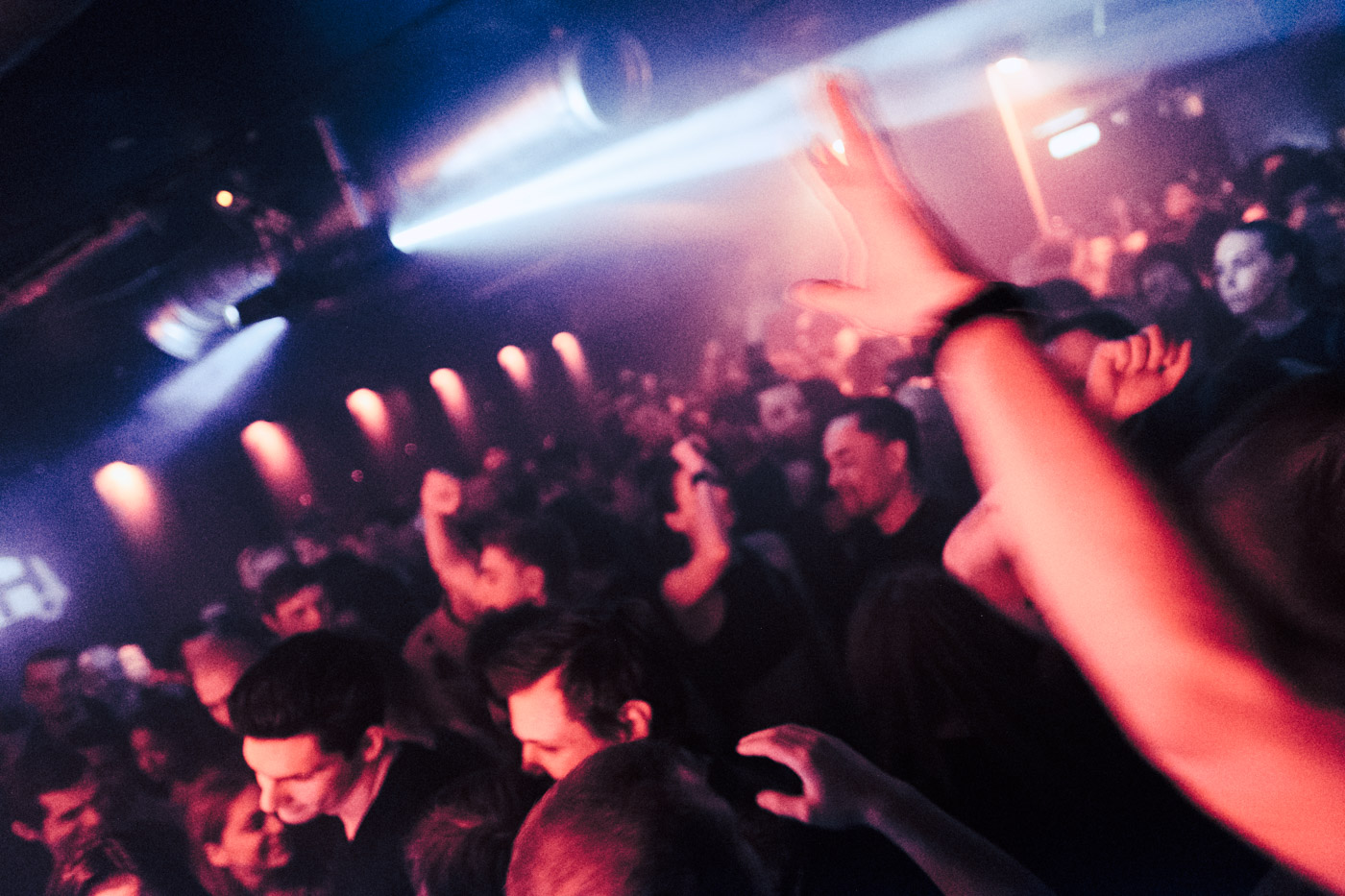 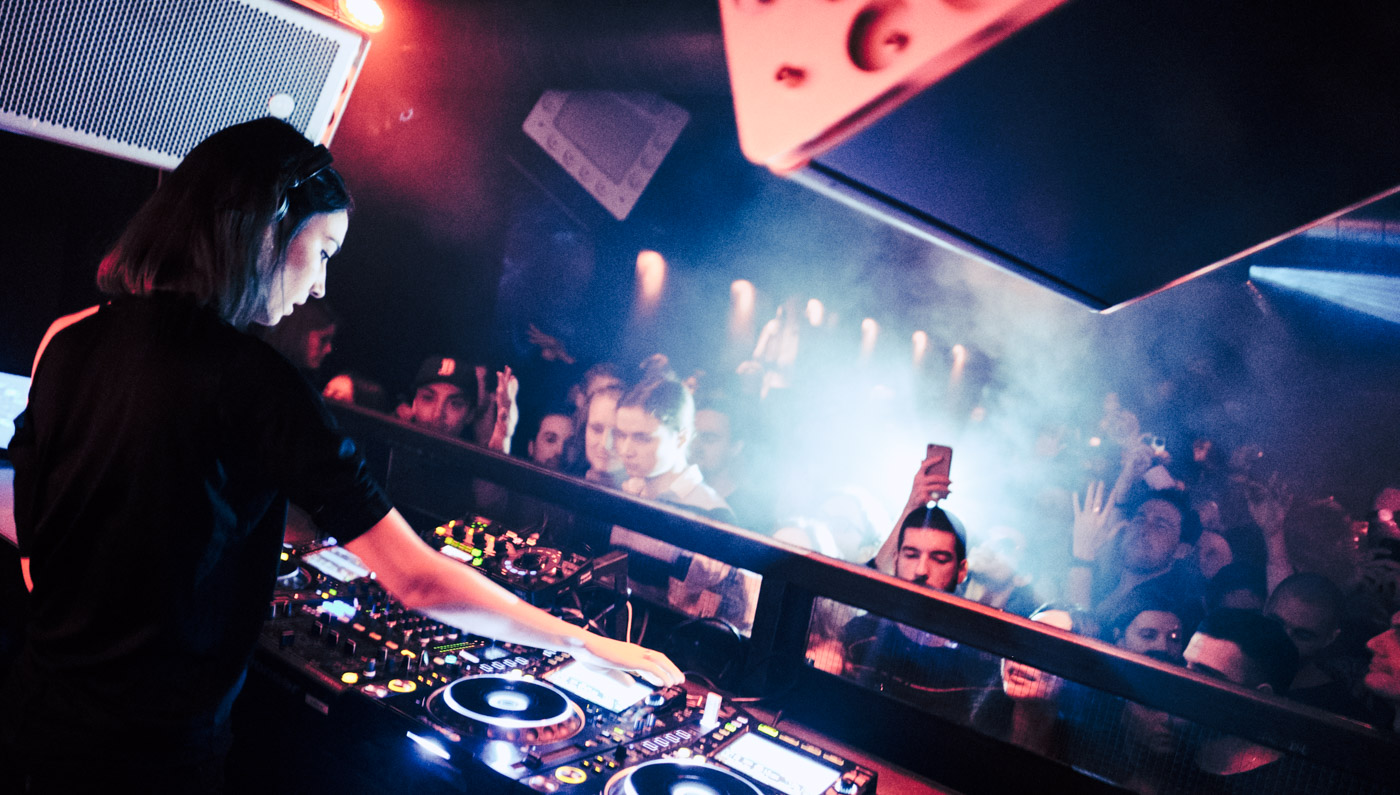 Mobile phones are whipped out. You are not supposed to use flash or any lights at Culture Box, but I must admit, when people use their phone flash for a few secs it is a wicked opportunity to shoot!

Listening, cueing, it is loud in the booth, damn nice monitors they have at Culture Box 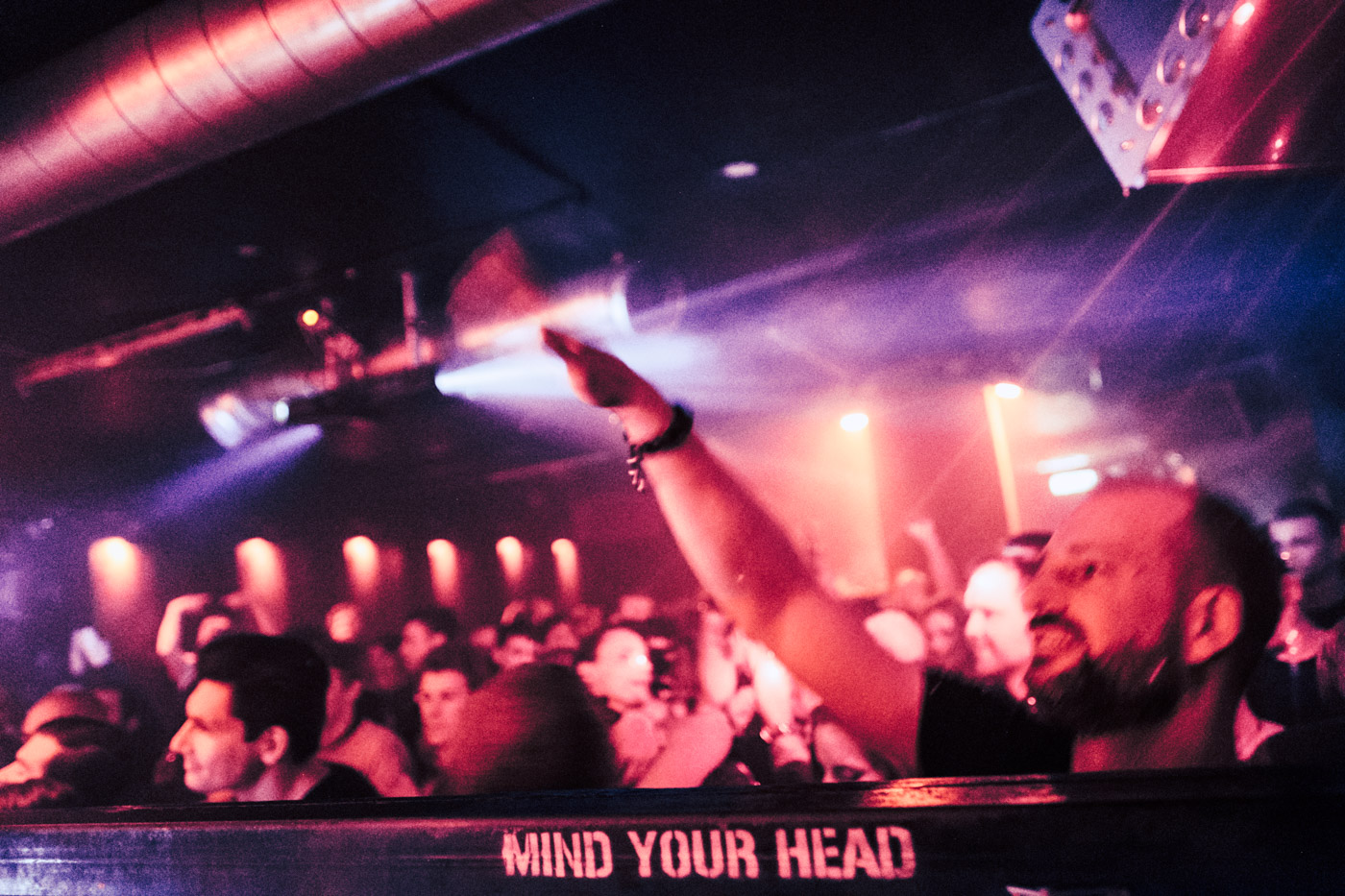 Hands in the air, roof is coming off 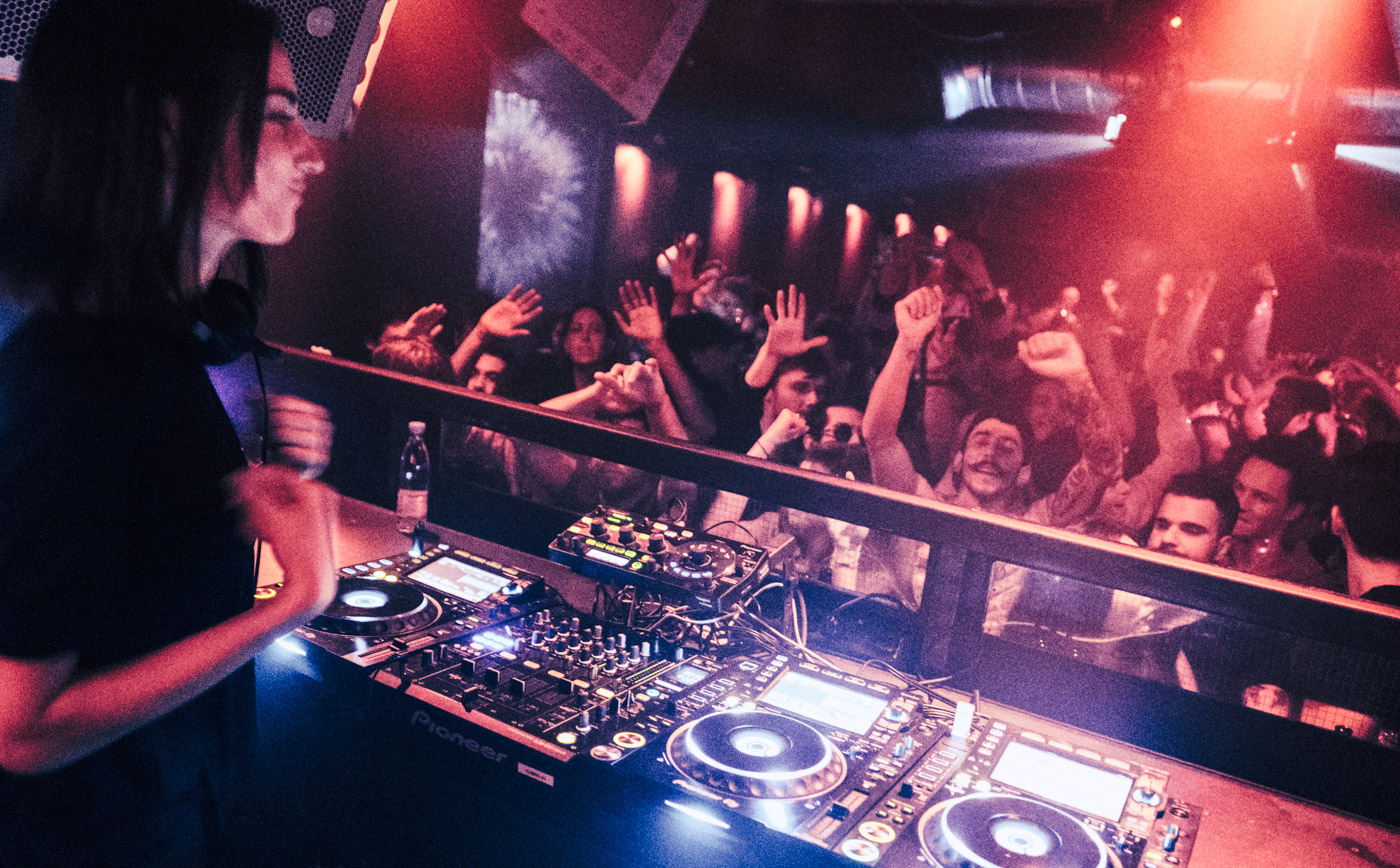 Everybody feeling the beats 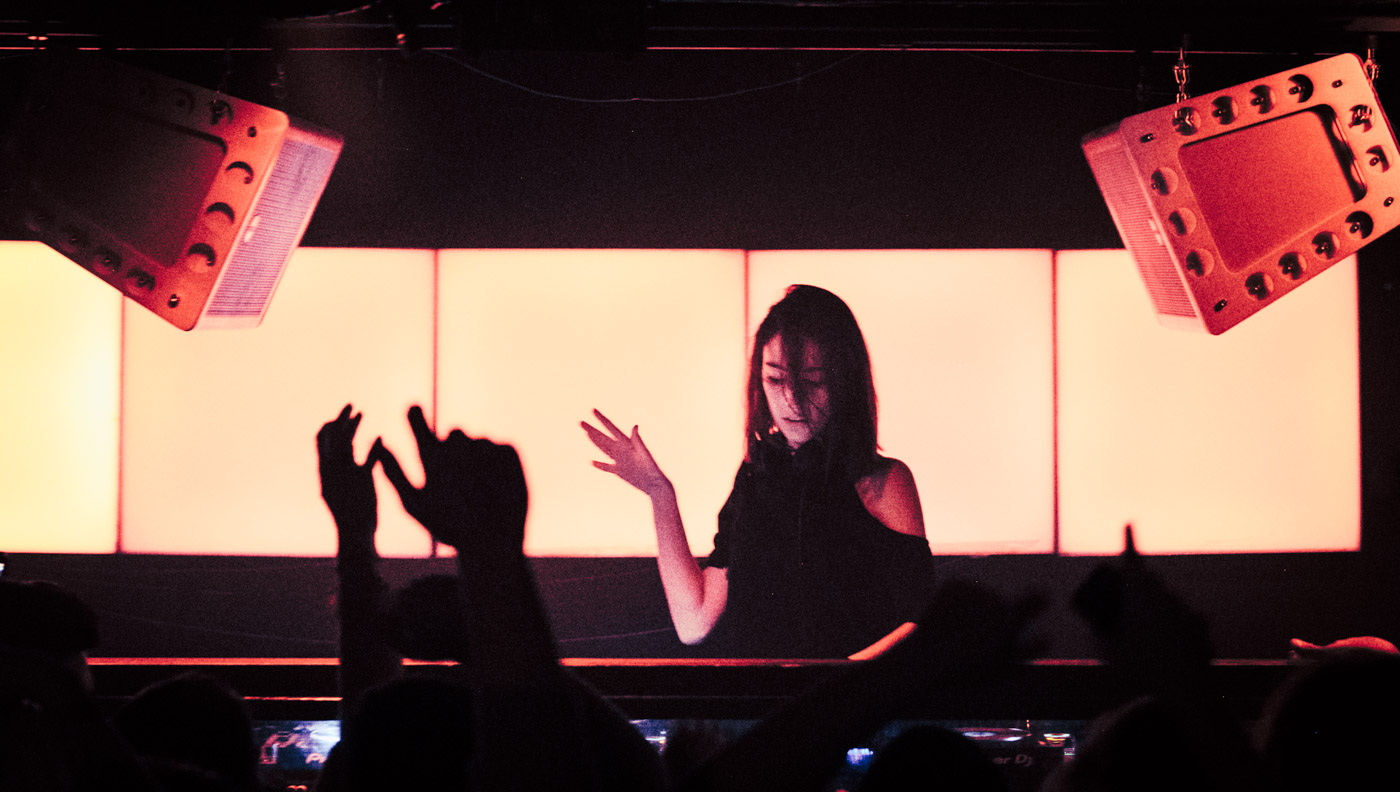 I have bulldozed my way to the middle of the floor and managed to raise my camera above my head, shooting with the 50mmF2 lens trying not to shake it too much as people are packed in like sardines and constantly bumping into me. And I am at ISO12800 of course, F2.0 and can just about get a shutter speed of about 1/50. Techno-photography!

2 Comments on “Amelie Lens and Tim Andresen at Culture Box”