First there was … Roskilde Festival Part I … and now only a few weeks later comes … drum roll…. Part II – Return of the Idiot! Like any bad sequel, it features more of everything in a huge mess without any sort of script! And like any bad sequel, lets just dive straight into the madness! Get a drink, read the captions and be glad you wasted your day on my blog! 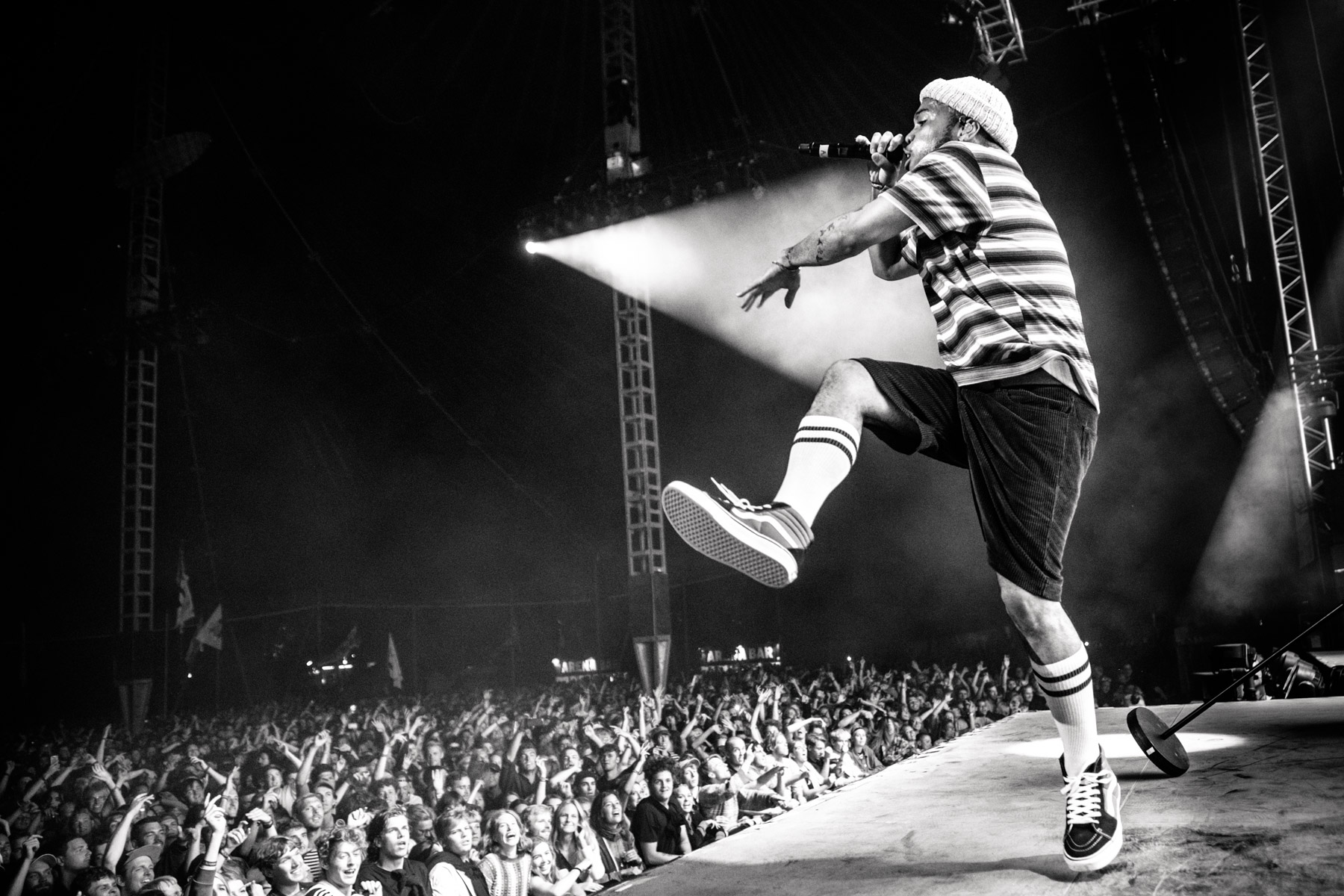 Anderson .Paak hit the Arena stage like a funk and rap tornado, bouncing all over the stage, knocking over mike stands and being one of the highlights of the entire RF18. XT-2, XF16mm 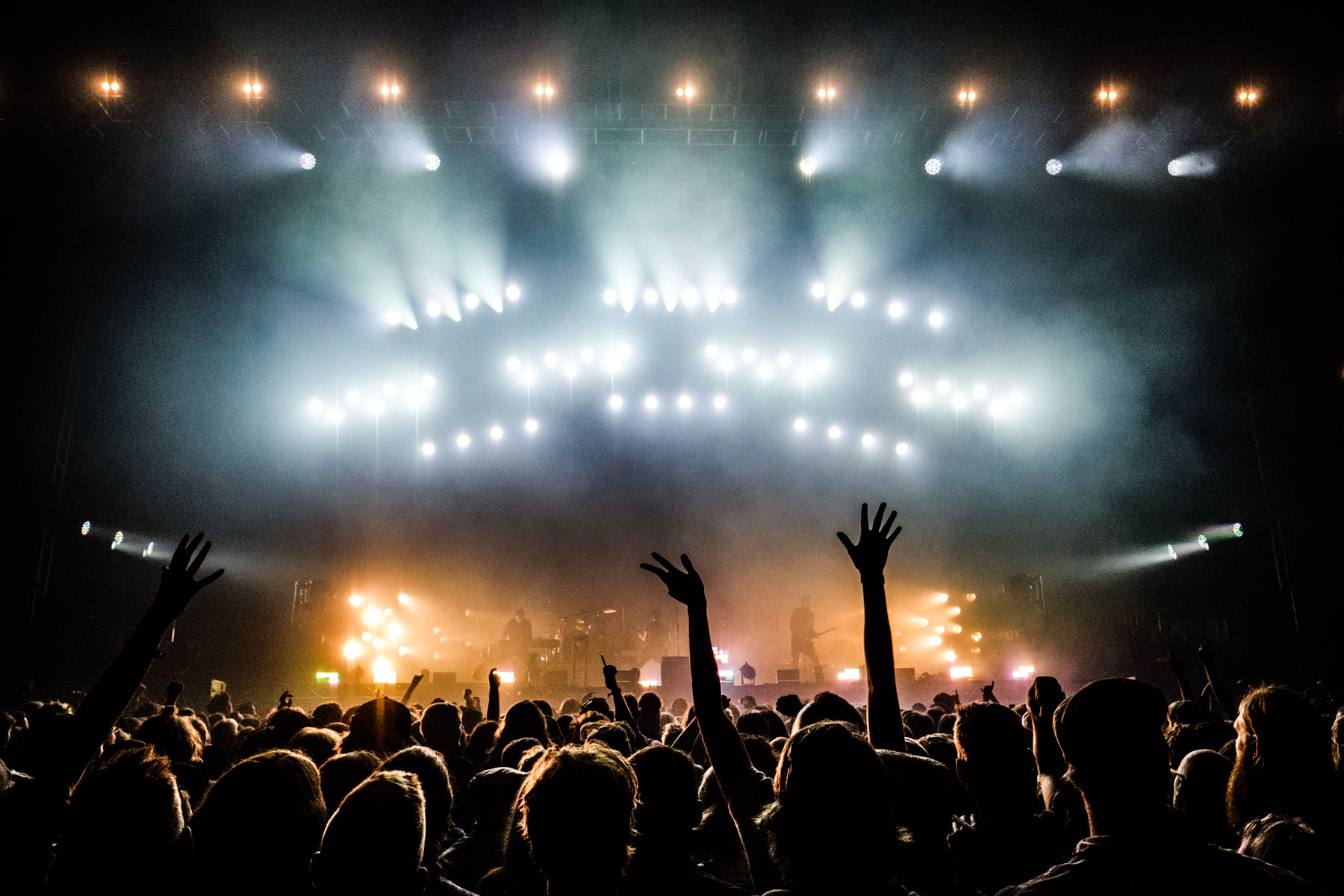 Some people cheered wildly when the aliens landed, pick me pick me! XT2, XF16mm 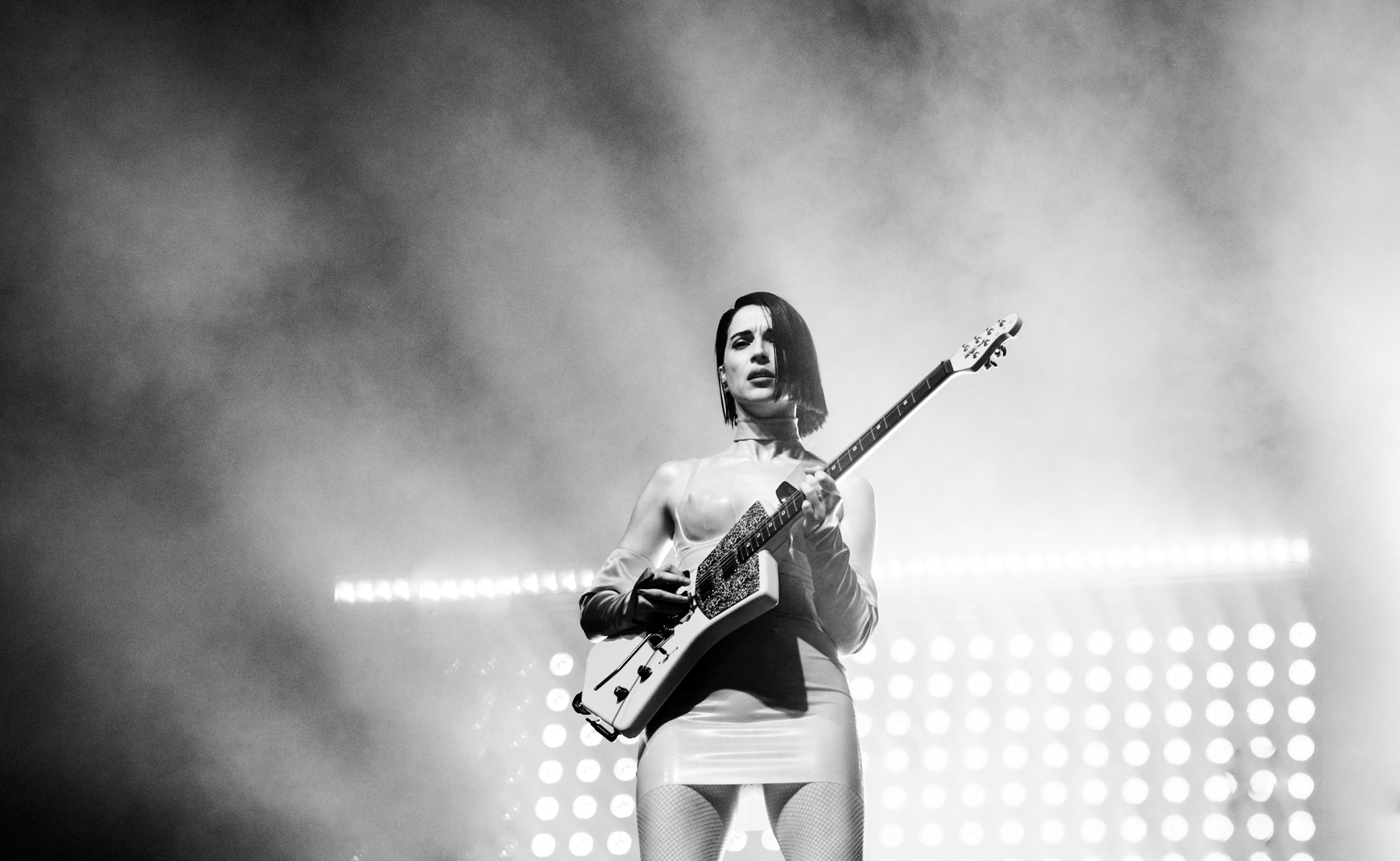 St Vincent on the Arena Stage….and there used to be a mike stand here. I discovered the healing brush in Lightroom is pretty good at cloning mike stands out. So I did a rough version. Digitally altered picture for sure, is it cheating too much? X-H1, XF50mm F2 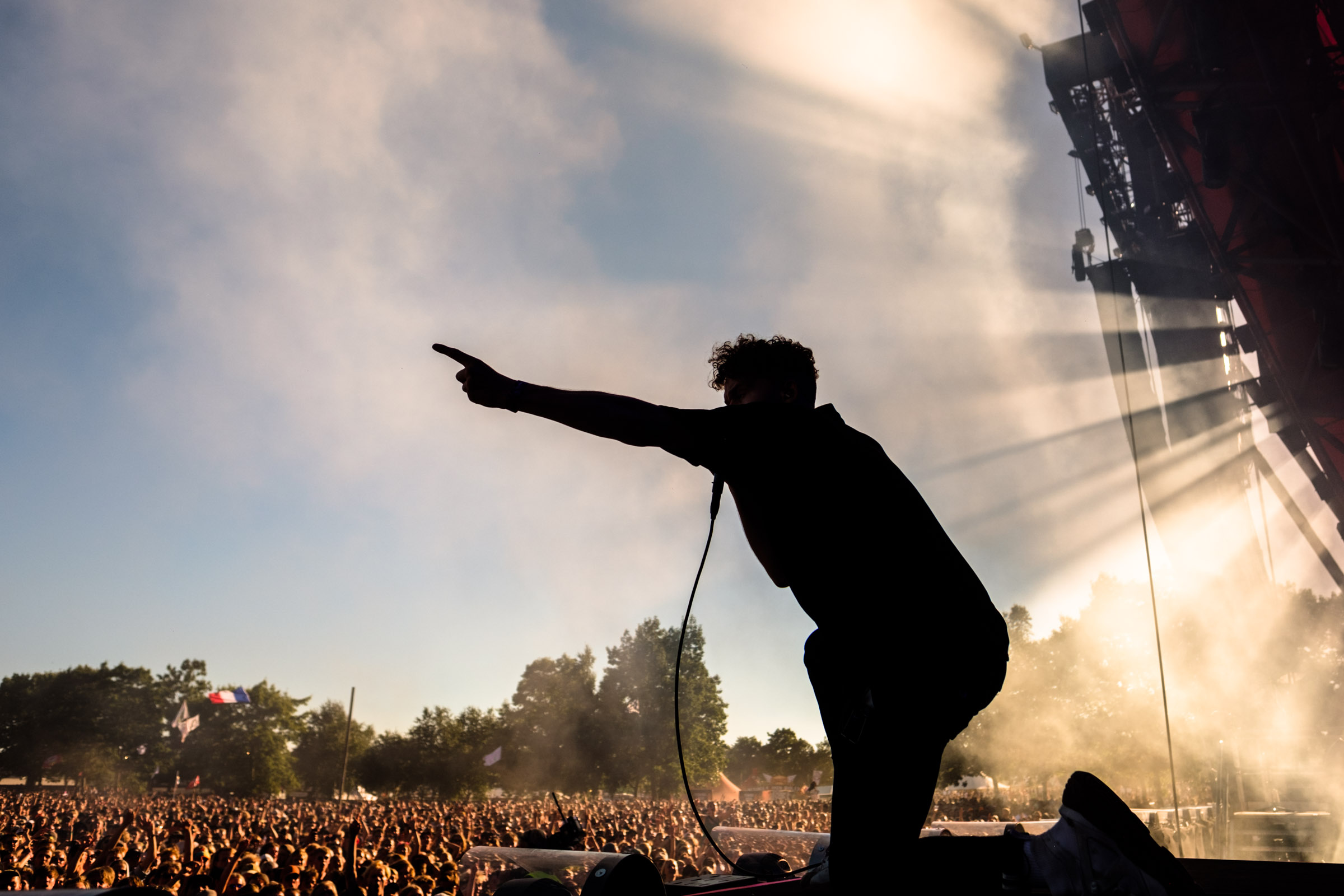 Saveus was really outstanding, I was positively surprised. Surprising was also that instead of the customary rules of getting to photograph the first 3 songs we were instead told the band had decided we would get the last 20 minutes. This worked really well, the band were free of nerves and on fire and gave it all during these last songs and it was a super good welcome change. X-T2, XF16mm 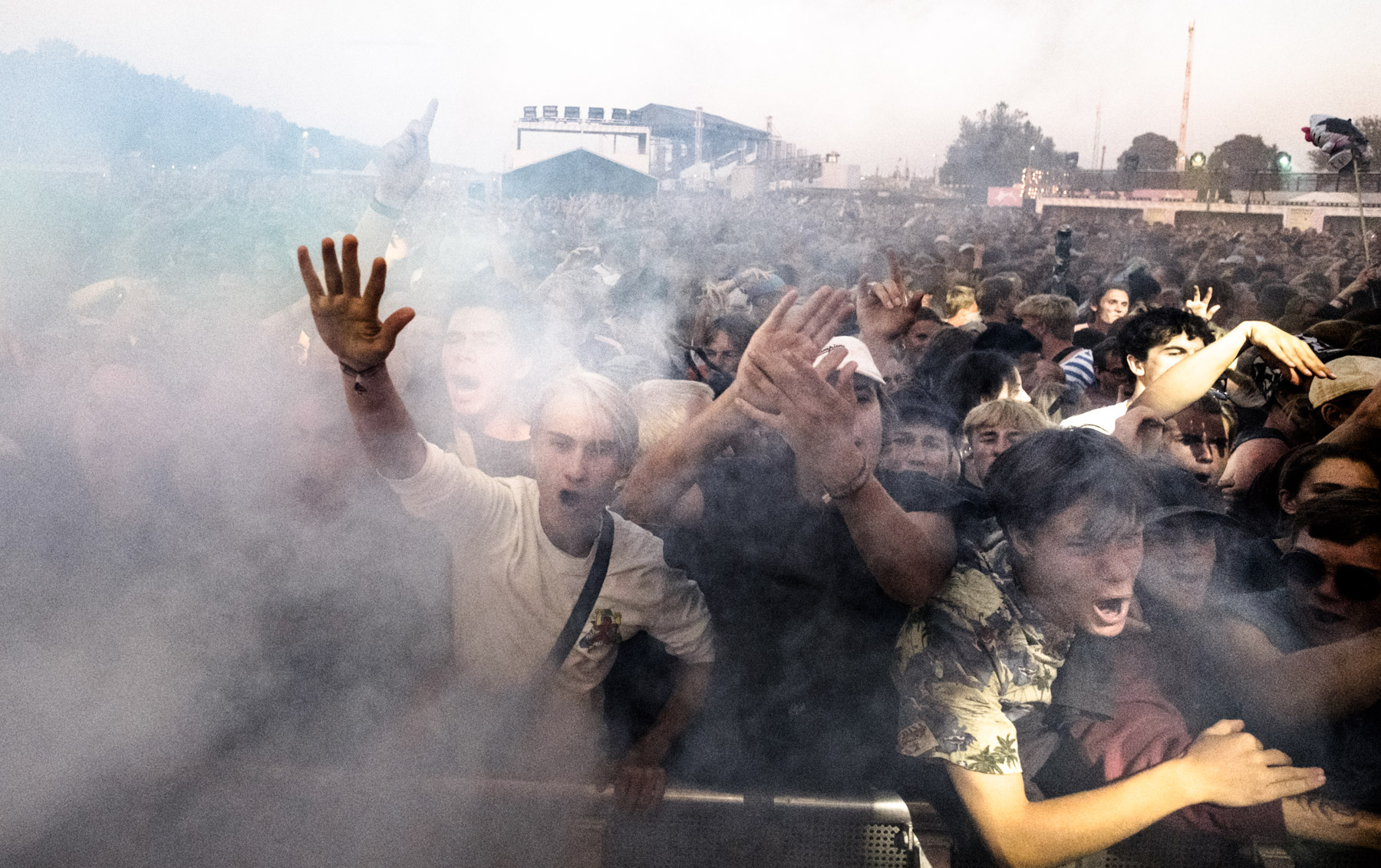 Zombie Nation – at the Apollo stage! If you don’t known what song I am referring to, you flunked out of my music education class and must go stand at the back! X-H1, Zeiss 12mm 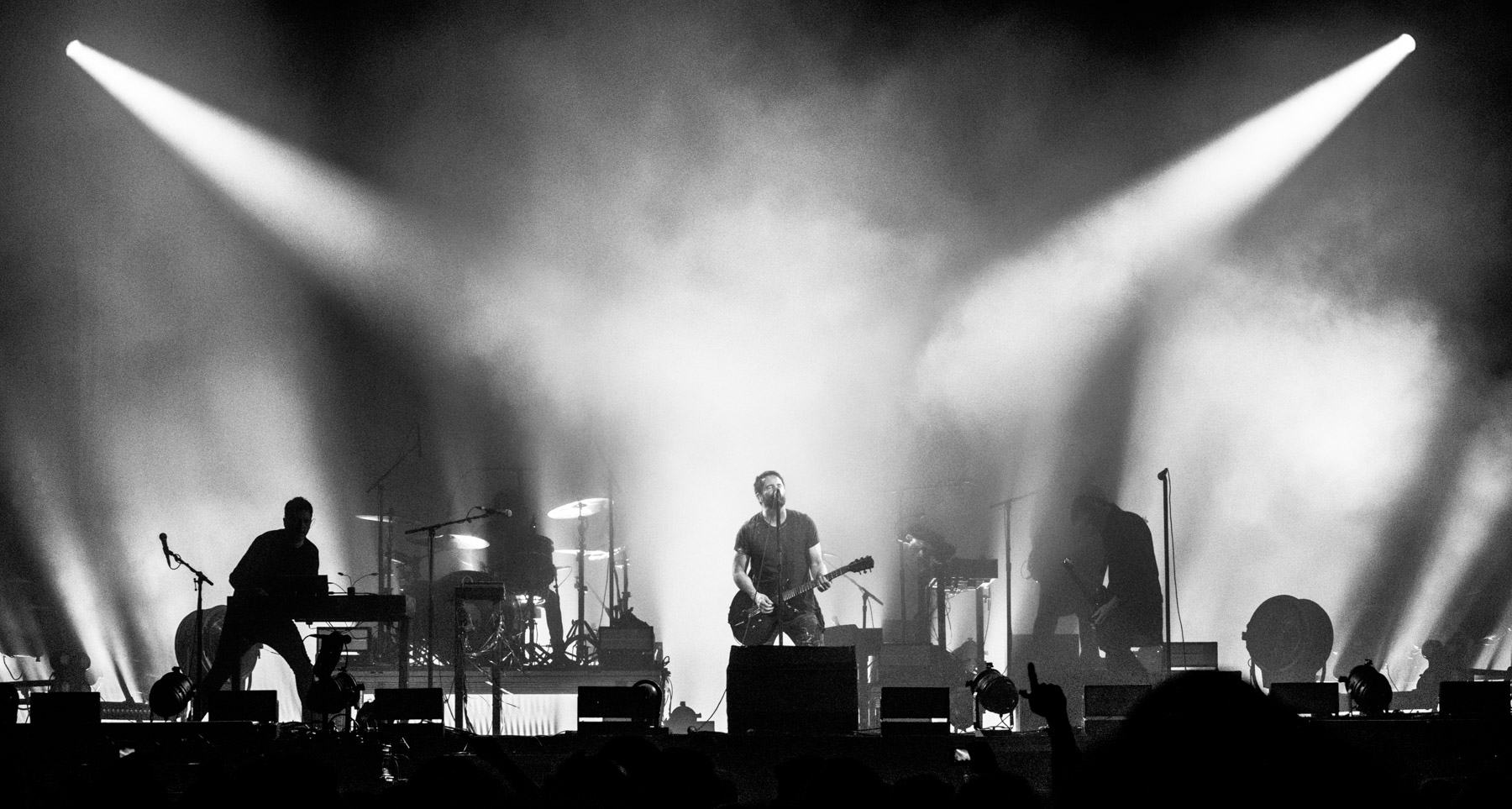 Nine Inch Nails blasting it out in the Arena stage. Because of the stage build there was no photo pit at the Arena stage on day one and we were allowed to stand on this divider platform behind the first audience pit. Lots of people in the crowd yelled at us for 3 songs, but it was a pretty cool vantage point for these kind of shots! X-H1, XF50mm F2 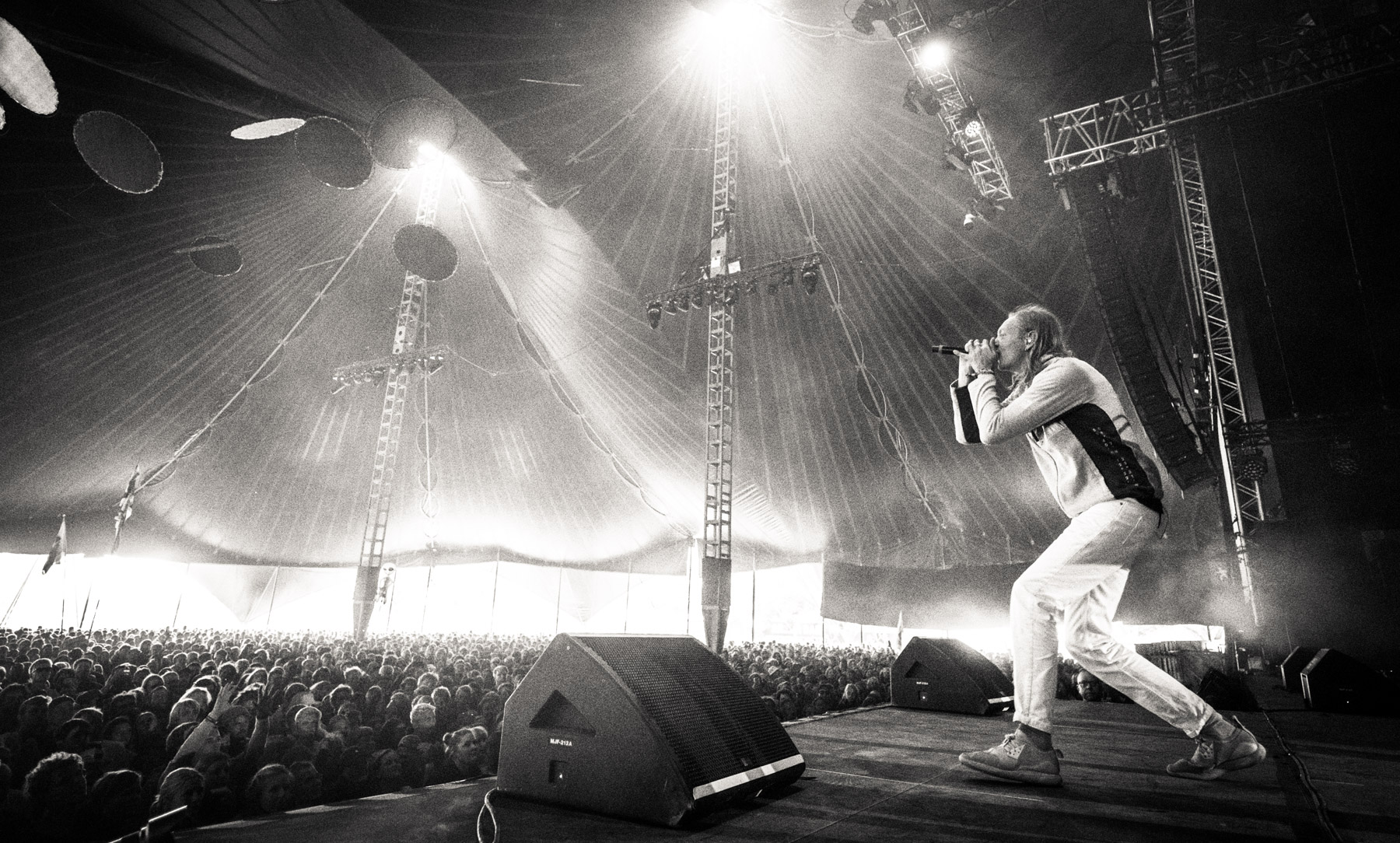 When Saints Go Machine and that magnificent Arena tent. I still really wish they had been scheduled at night. All concerts should at night, end of story. X-H1, Zeiss 12mm 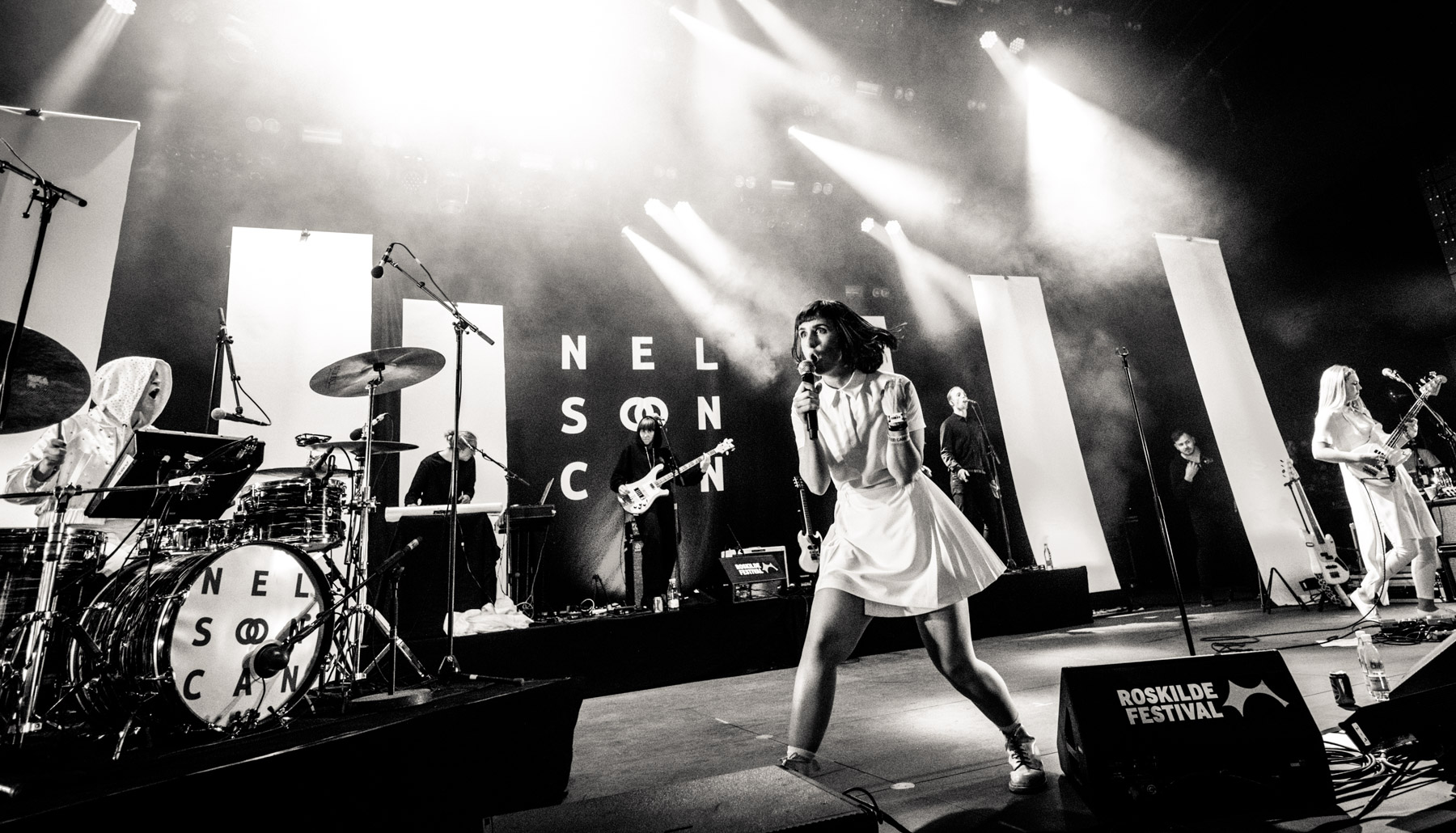 Nelson Can kick ass and I CAN get then entire band in one frame. I have this thing about really wanting to shoot frames with all members in a band. Nelson Can are only 3 but spread out so far on stage it took some effort and a really wide view. XT-2, Zeiss 12mm 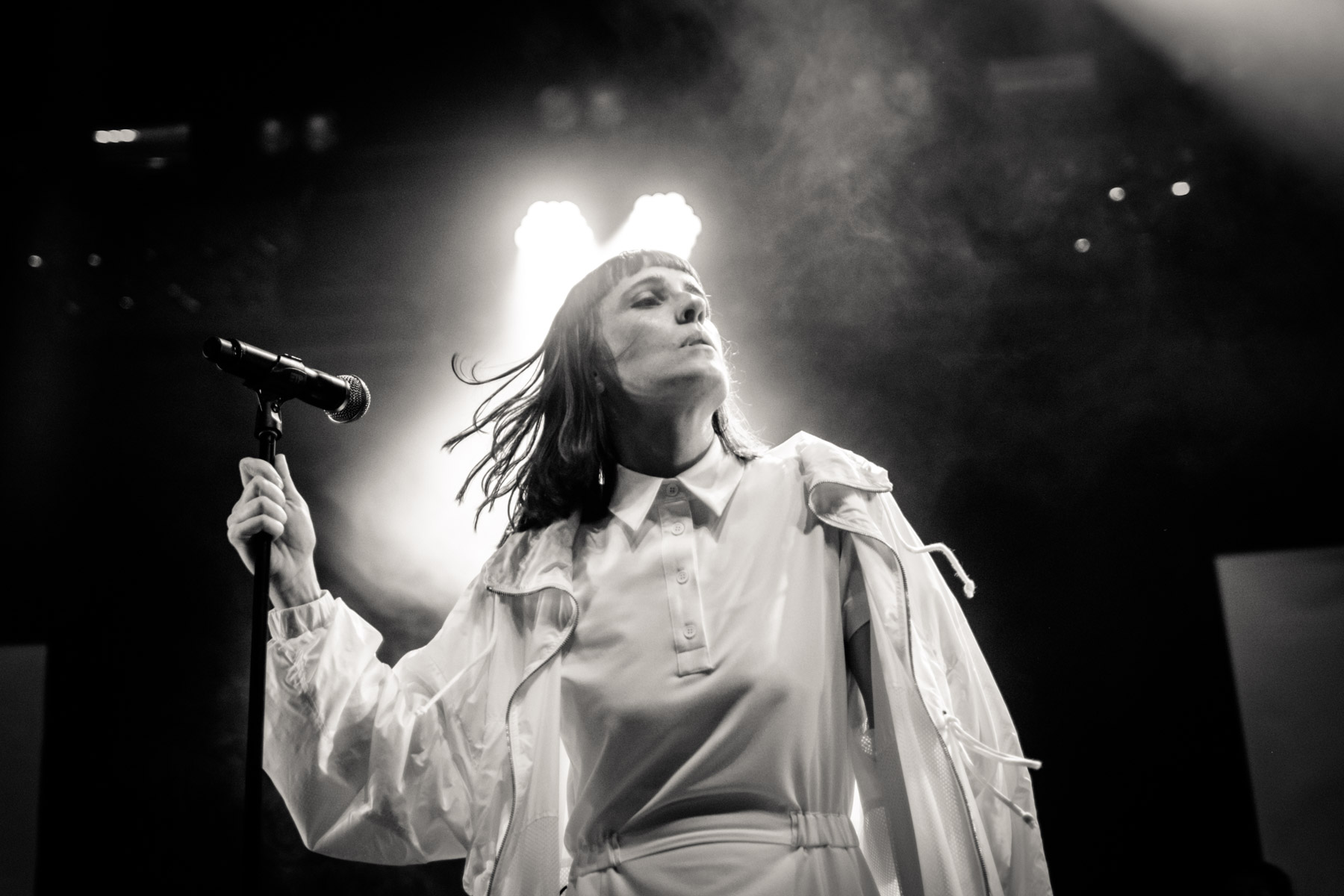 Selina Gin, singer in Nelson Can. I super enjoyed their show, one day soon I hope to shoot an entire concert with them. X-H1, XF35mm F1.4 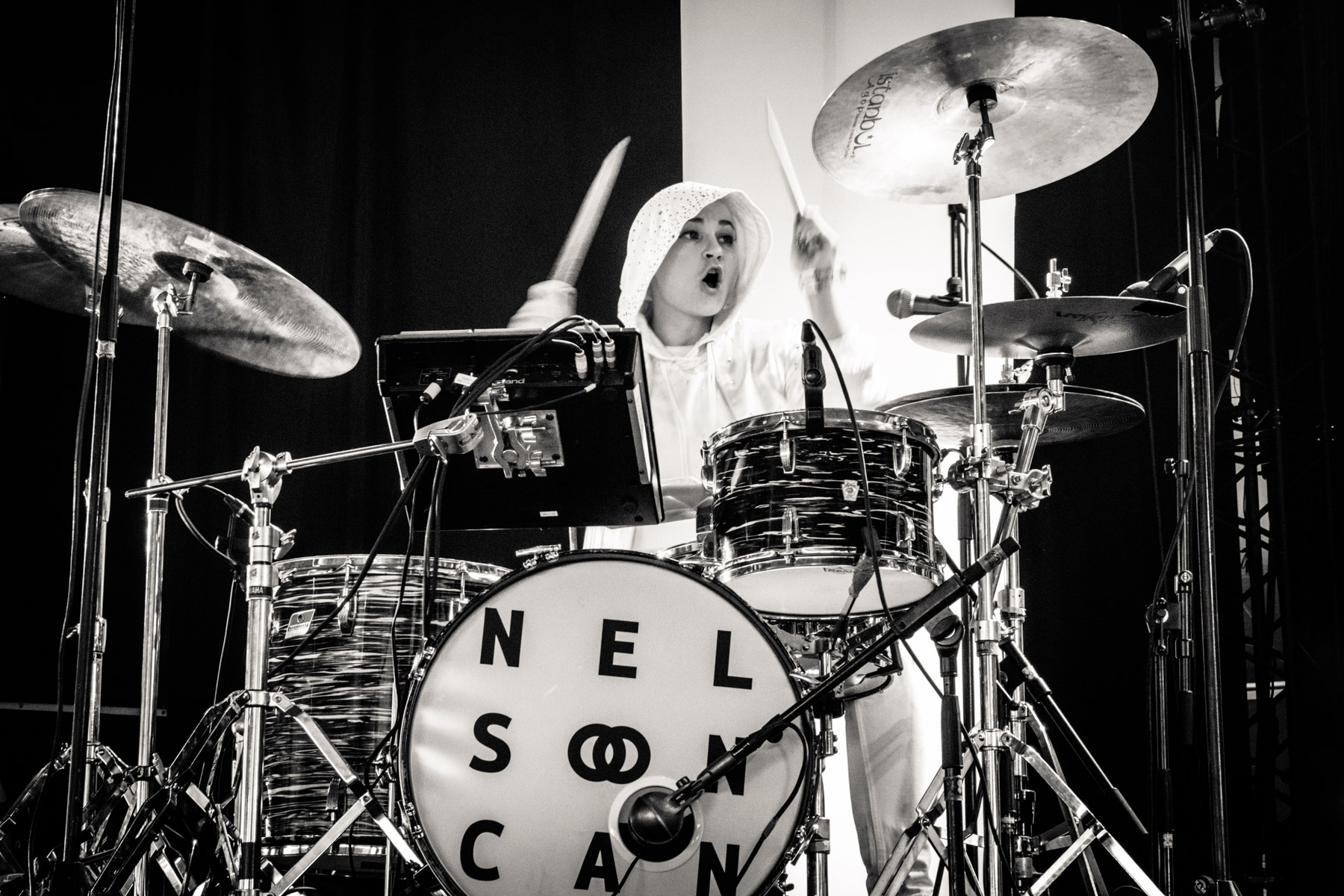 The Truth is Out there and it is dusty! Dust meets Arena crowd and mobile phones during the Anderson .Paak concert. This looked really amazing, really surreal. XT-2, XF16mm

Yeah not the best picture ever, but it is actually possible to shoot a stitched panorama and get in a fair bit of the insanely huge crowd in front of the Orange Stage. X-H1, XF35mm F1.4 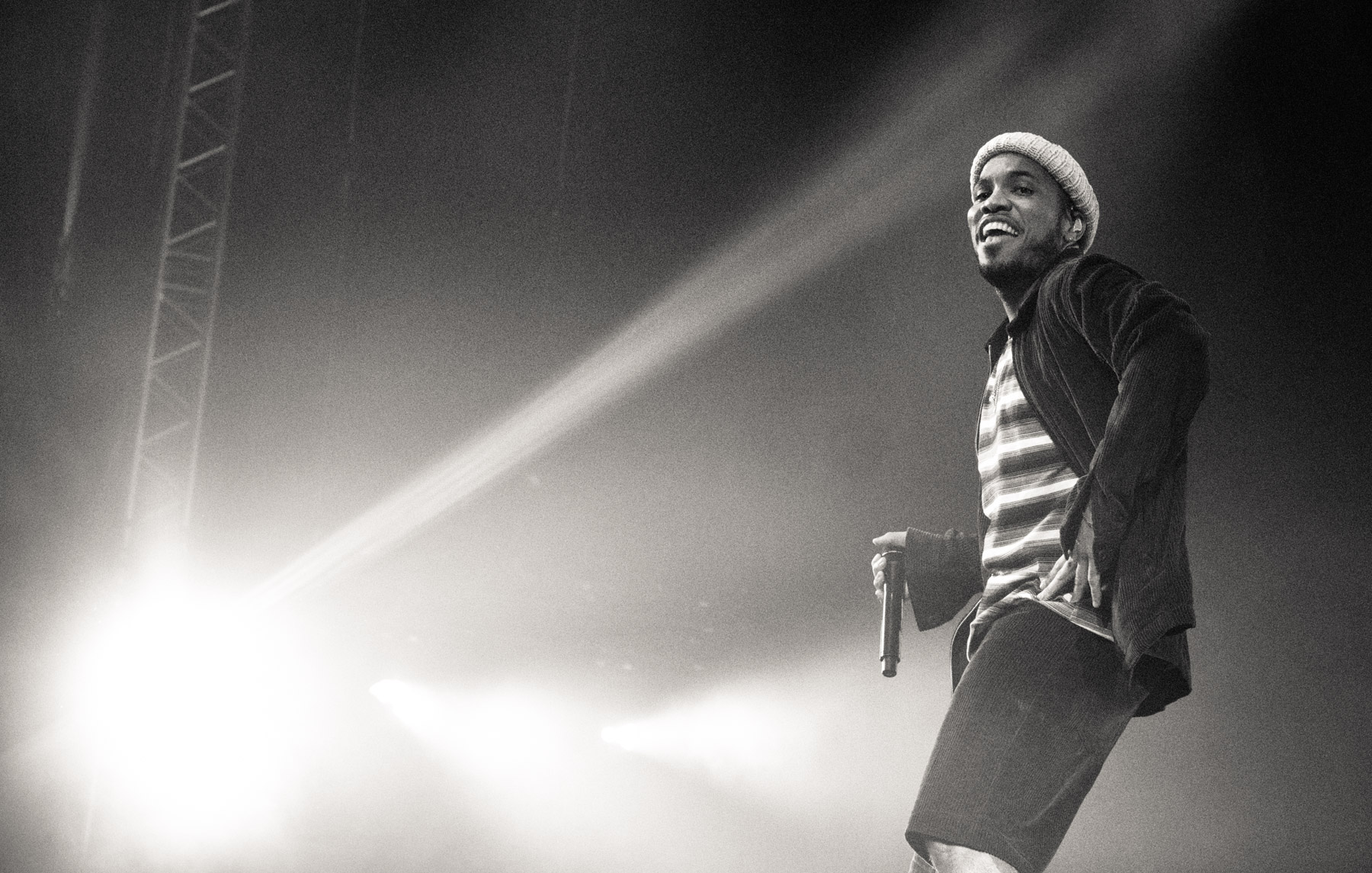 Anderson .Paak taking in the Arena crowd, spotting me, the idiot in the pit! X-H1, XF50mm F2 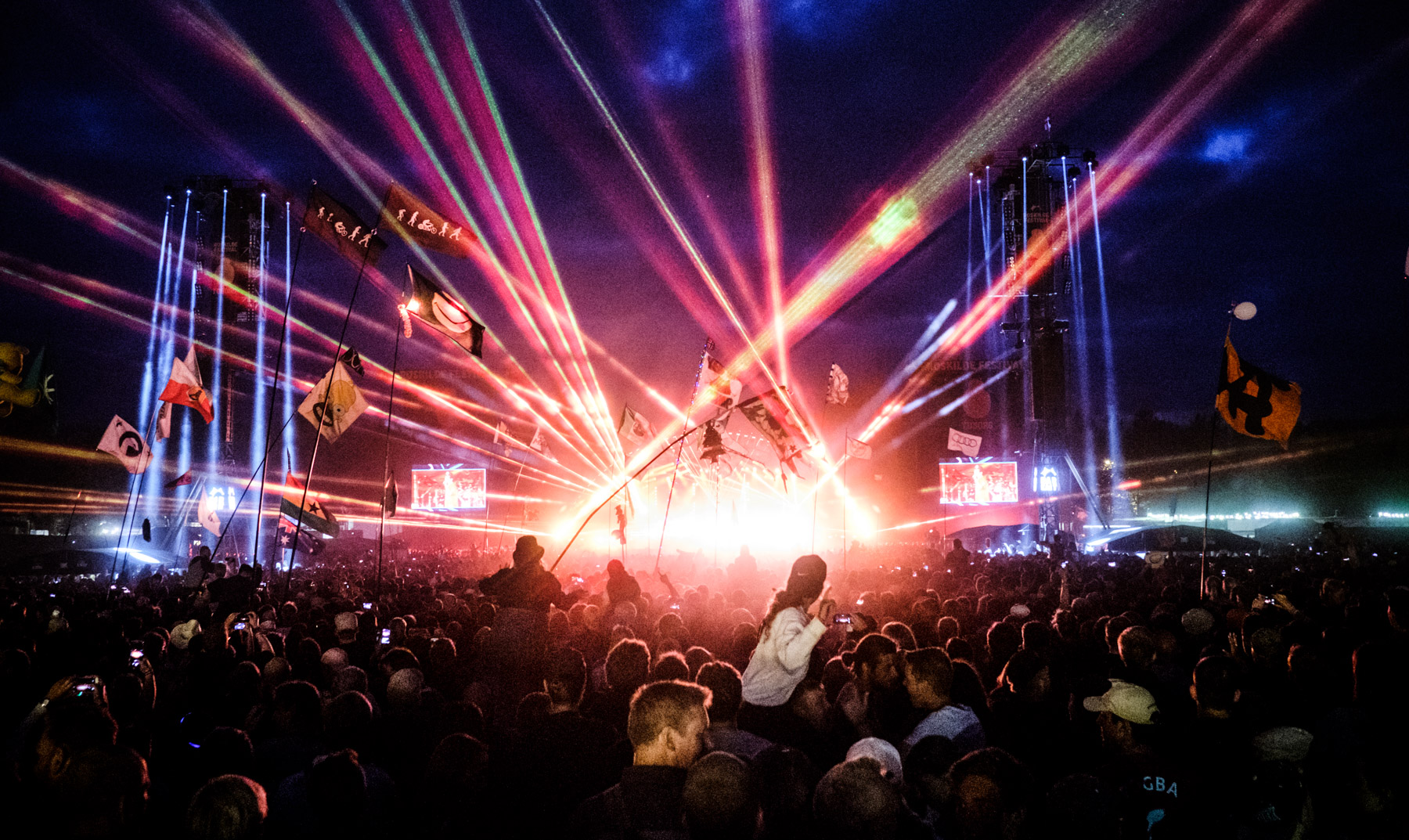 “Fire the turbo lasers” at the Orange Stage while some dude from Mars was playing! This looked truly mad! X-H1, XF23mm F2 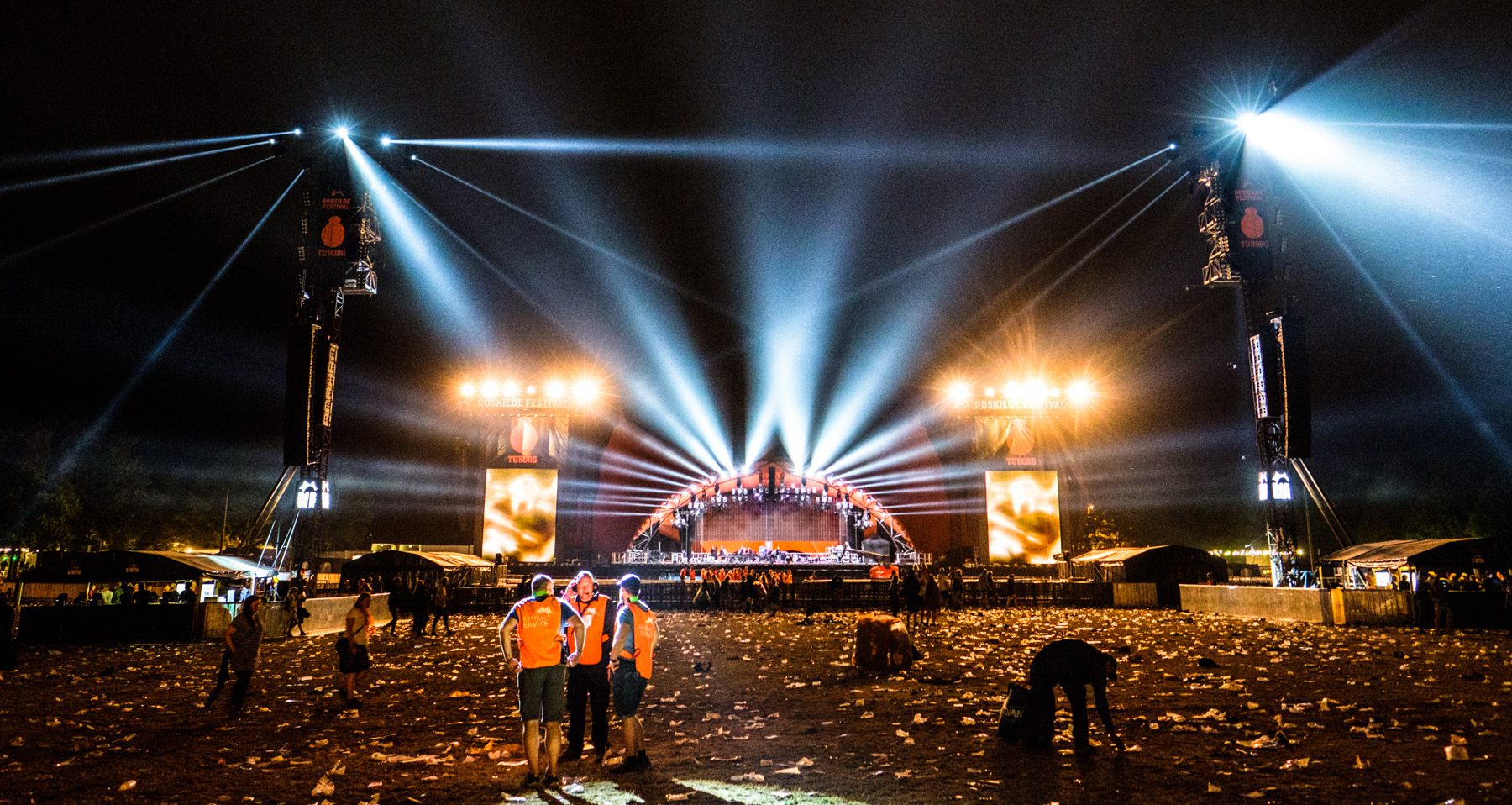 Putting The Orange One to bed. Goodbye RF18. See you next year, I hope.

I have written in previous post about the challenges and restrictions in the photo pits in Roskilde. But this year, I was just determined to have fun, make awesome pictures, and not be too annoyed with the restrictions. I was really well prepared for the festival this years as I knew way in advance that I had been given the wonderful opportunity to once again make pictures for Roskilde Festival Marketing. I was also really prepared because I just wanted to have 4 days of wonderful escapism. I really, really needed that. I am pretty much still quite devastated by the recent loss of my father. And I just so much wanted four days where I would be completely consumed by music and photography, 4 days away from the world. I am so grateful that I got this, I really had a truly wonderful time at RF18, great music and experiences, fun times with wonderful photo and reporter colleagues and the weather was perfect too. Thank you so much to everyone, especially Anders Hjortkær of RF Marketing and all the fellow camera-carrying nutters in the press center.

Cameras. Oh yeah, I brought cameras! A nice compact Fujifilm setup that of course, worked to perfection! I will say that if you insist on using primes like I do, then you are definitely not making life easier for yourself in the photo pits. You are easier able to react fast to things with a couple of zooms and of course if I had to make close-up pictures all the time, I would need more tele. But I don’t and I like to work with my primes, it fits me and my style, it is my tools and those amazing Fujinon zooms just feel wrong to me. So this is me, my tools: 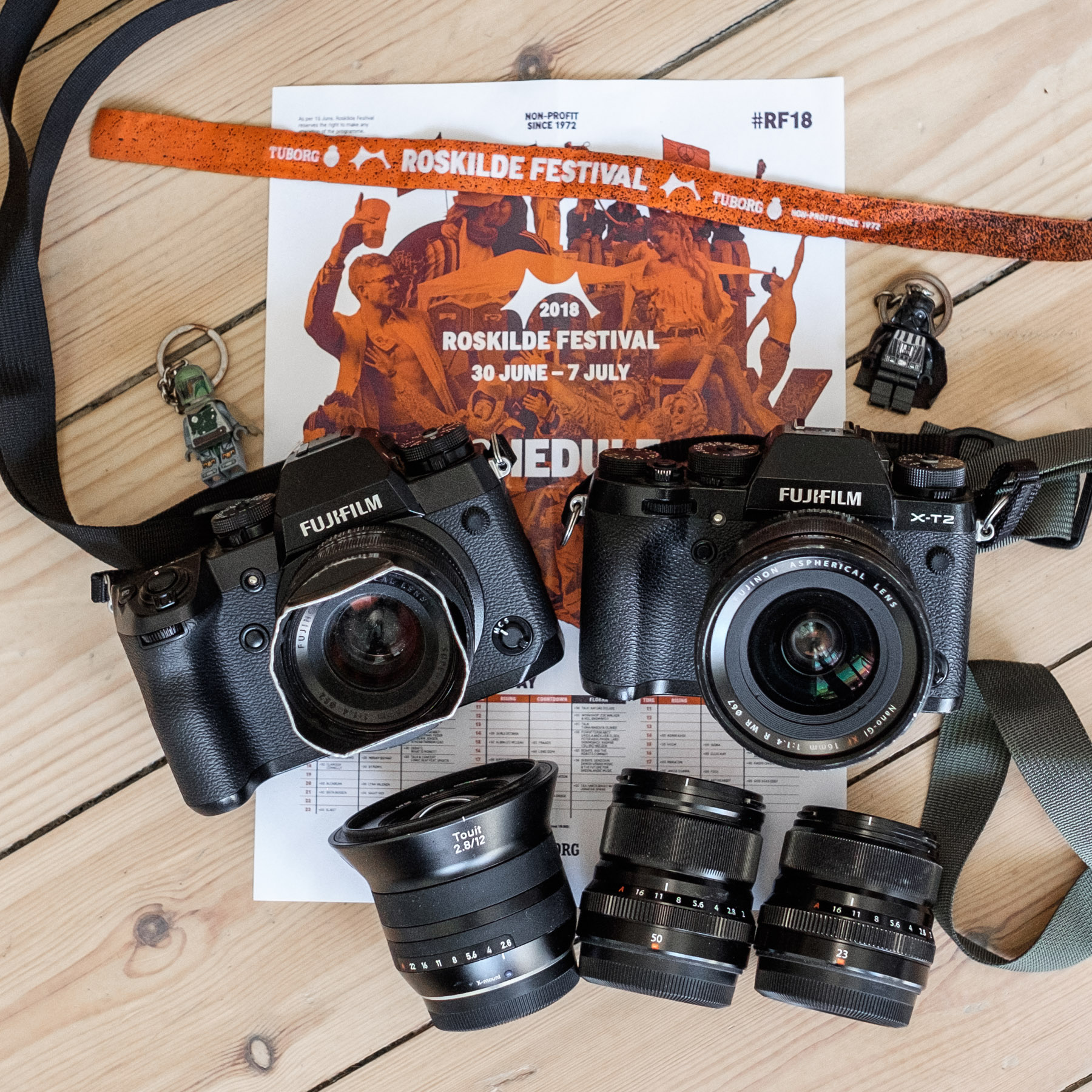 I am a Fujifilm camera ambassador and I was also invited by the wonderful people of Fujifilm Nordic to do a takeover of their instagram account during the festival. Sure I said, and then I learned during those 4 days just how much work it is to shoot a festival and try and be funny and creative on IG as well. I have respect for people who do social media well, it is a shit load of work. It was a lot of fun too though. Except when I hit my head trying to walk and film. Ouch. You can have a look at the whole saved story here, or click the image underneath. 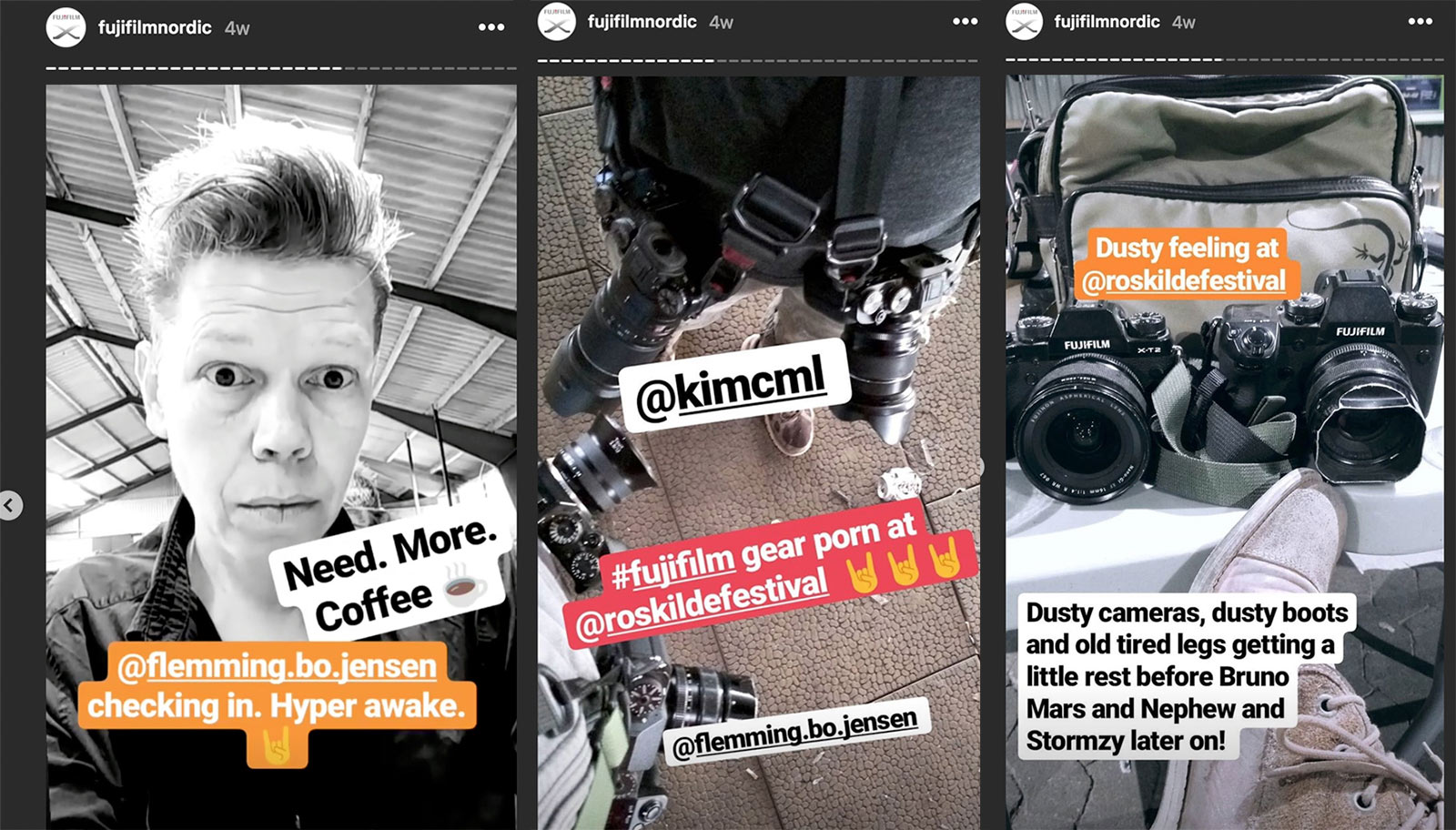 I had a lot of fun doing a takeover of the Fujifilm Nordic instagram account! I doubt they’d let me have the kings to the kingdom ever again after having me wreck the joing, so I just went all in! Click the image to see the whole story. 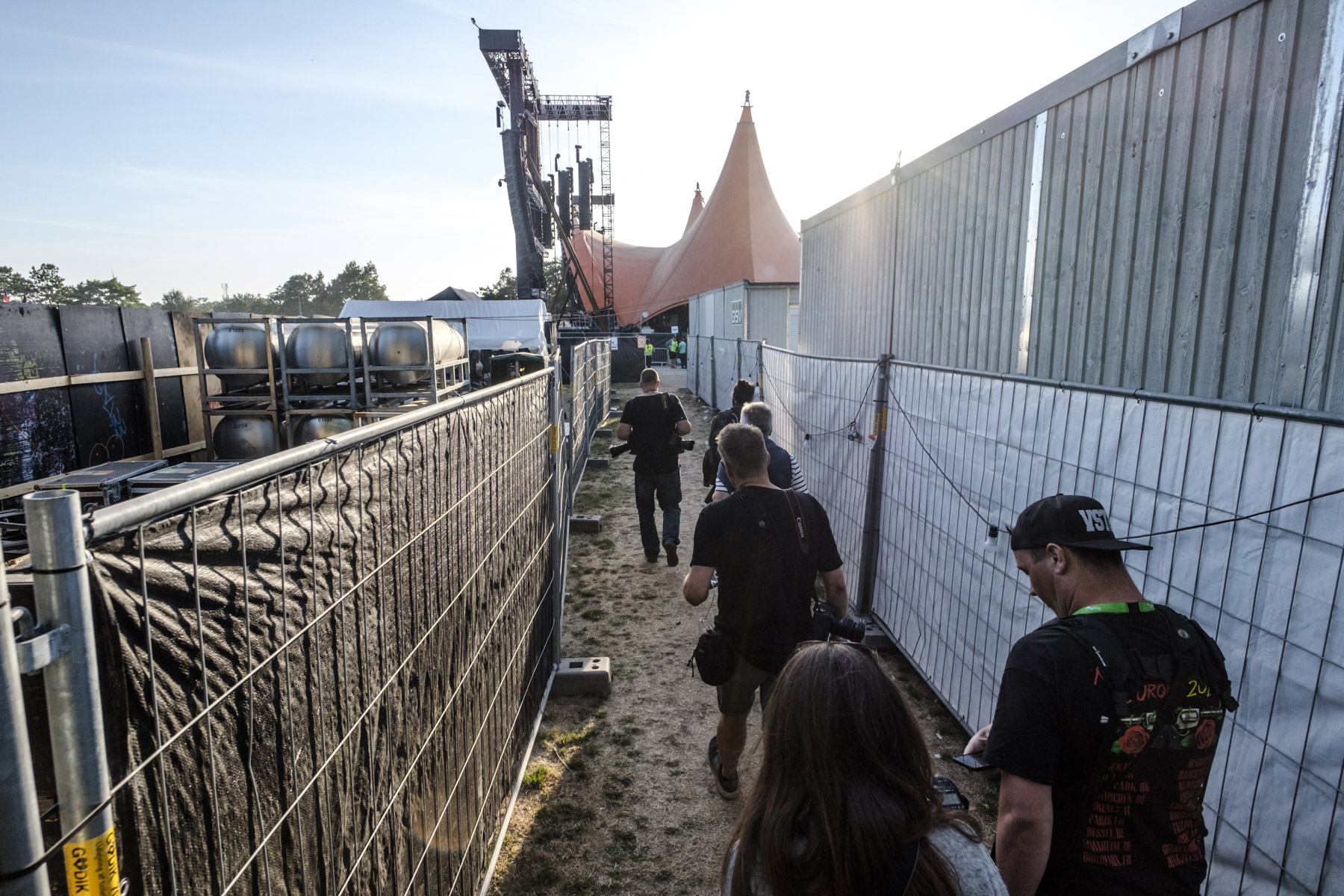 Walking through the looking glass, under the Orange Stage and then you pop up into the photo pit. I once tried to live instagram this and I can tell you, all it got me was a huge bump on the head because ducking and filming at the same time, not my speciality! 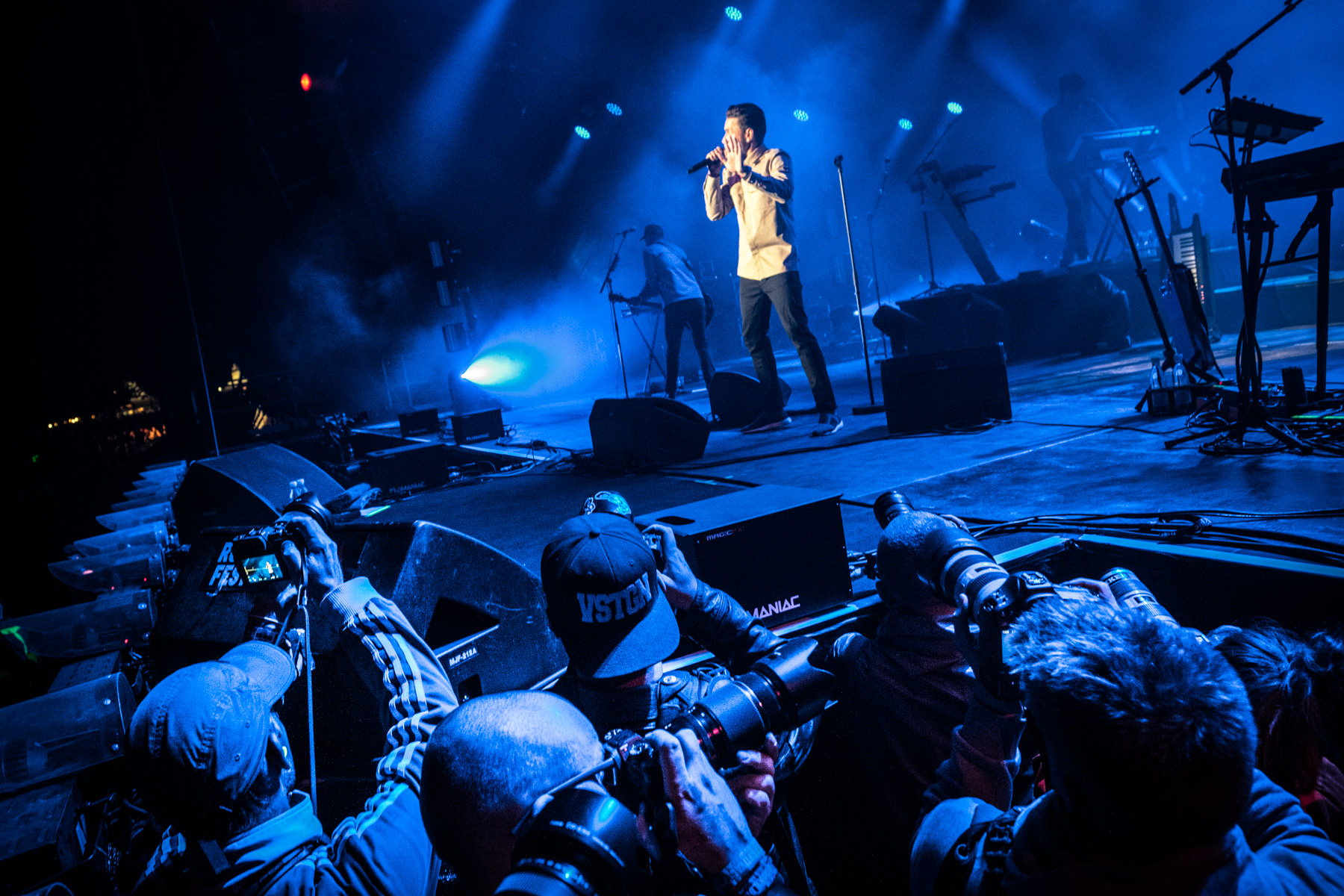 Simon Kvamm from Nephew and a bunch of cameras and lenses with humans attached! #LasseFlytDig 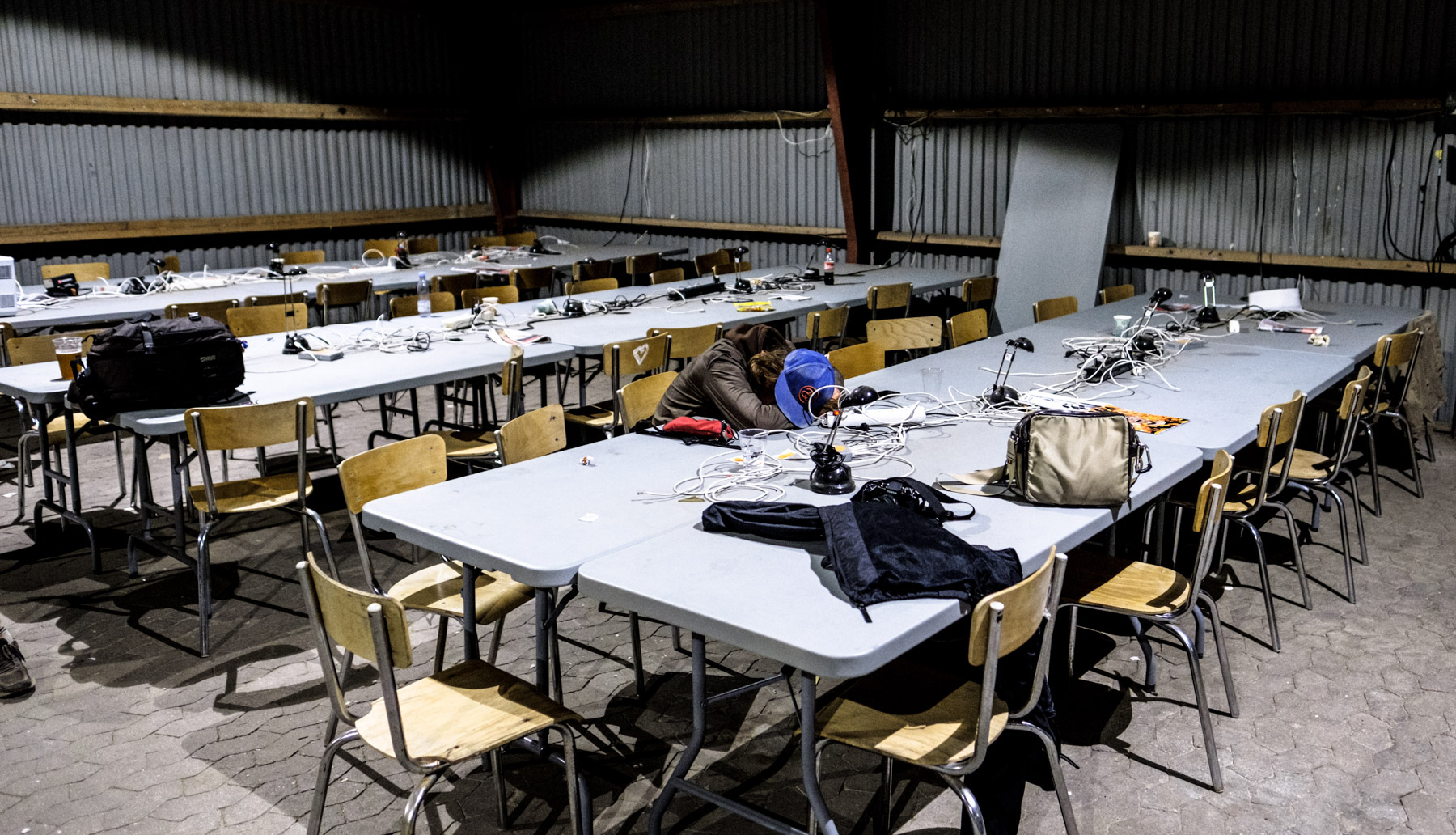 This is the end. Last man standing, well sleeping, in the press centre Saturday night very late after the last concert. 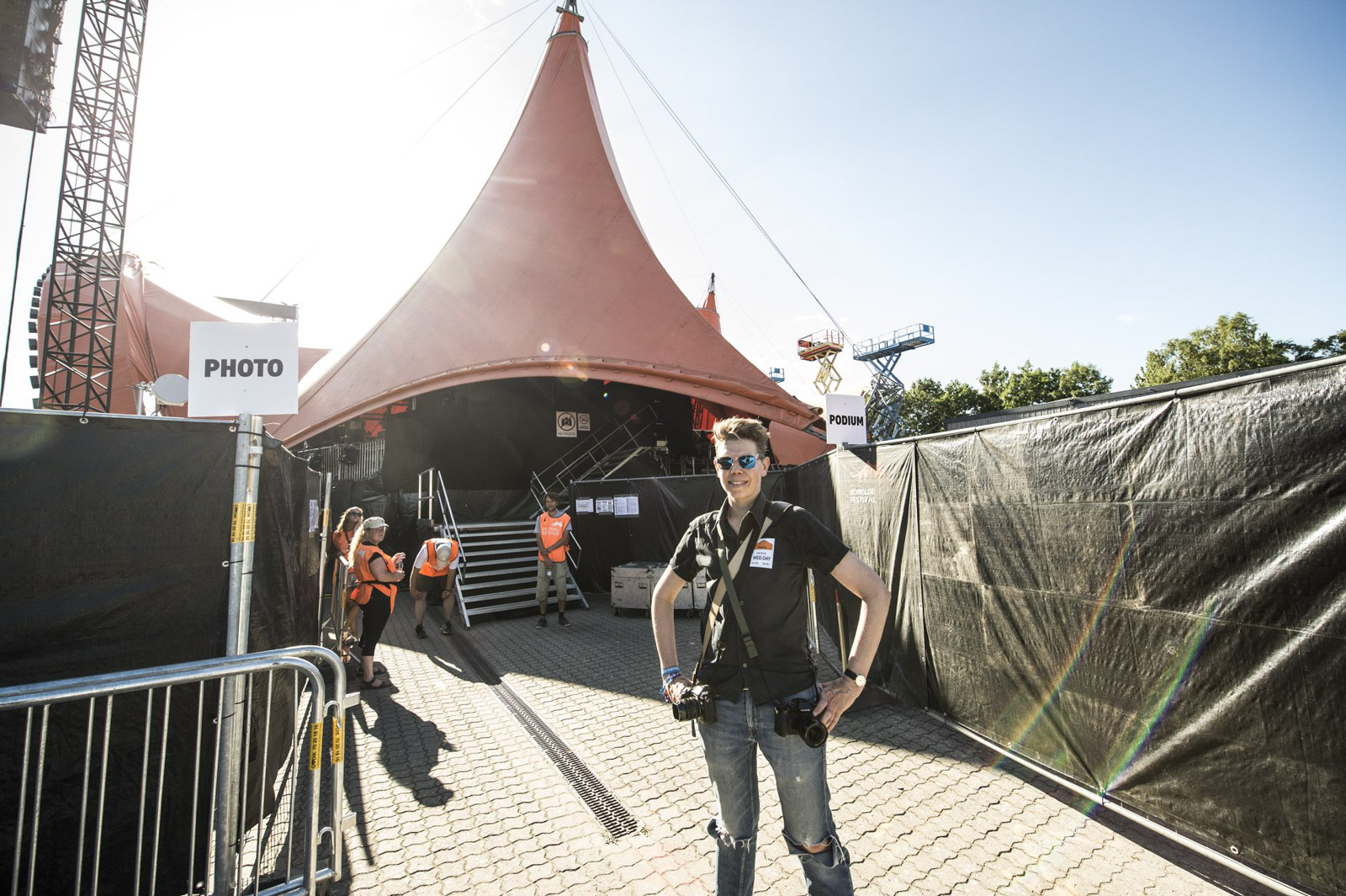 Yours truly, posing in front of the Orange Stage and faced with the choice of Photo or Podium! Picture by Helle Arensbak.

Yes, finally, this sequel has come to…

Except, it is not, if you want more Roskilde stories click here