Once in a while events come along that are one of a kind, events that will stay with me forever. I have been a bit of a lucky potato and been a part of a couple of unique events lately. A few weeks ago, I worked for DIGNITY – Danish Institute Against Torture and Danish band Who Made Who and documented their charity concert at the fabulous Danish Royal Theatre and another slice of one-off magic was burned into my brain – and onto memory cards.

I had big expectations before this gig, Who Made Who is an awesome live band, I knew my buddy Mad ES was in charge of visuals and would provide a trippy visual journey for us and I knew the Royal Theatre is a jawdropping venue. But would it all click, would magic happen? Spoiler alert: yes! It was a perfect marriage of audio, visuals, lights and venue. I arrived early to have time to meet everyone, see the whole setup process, shoot the rehearsal and explore the venue! I think I spent an hour just exploring all levels and rooms of this stunning theatre.

I think the venue was almost completely full and the concert really took off. Who Made Who can totally pull off a concert in a place like this and it was not long before the first 3-4 rows were dancing right in front of the stage. The whole show ended with a hundred people or so having climbed onto the stage in one wonderfully chaotic encore!

Thanks so much to everyone involved for having me be part of this day. Had to pinch myself to realise that years and years of practice and effort in music photography has brought me to a point where I get to be part of something like this. <3 Magic.

PS. I am absolutely spellbound by the WhoMadeWho feat. Simon Littauer tune “Goodbye to All I know“. Put it on repeat, loudly, on good headphones, while you browse these images. 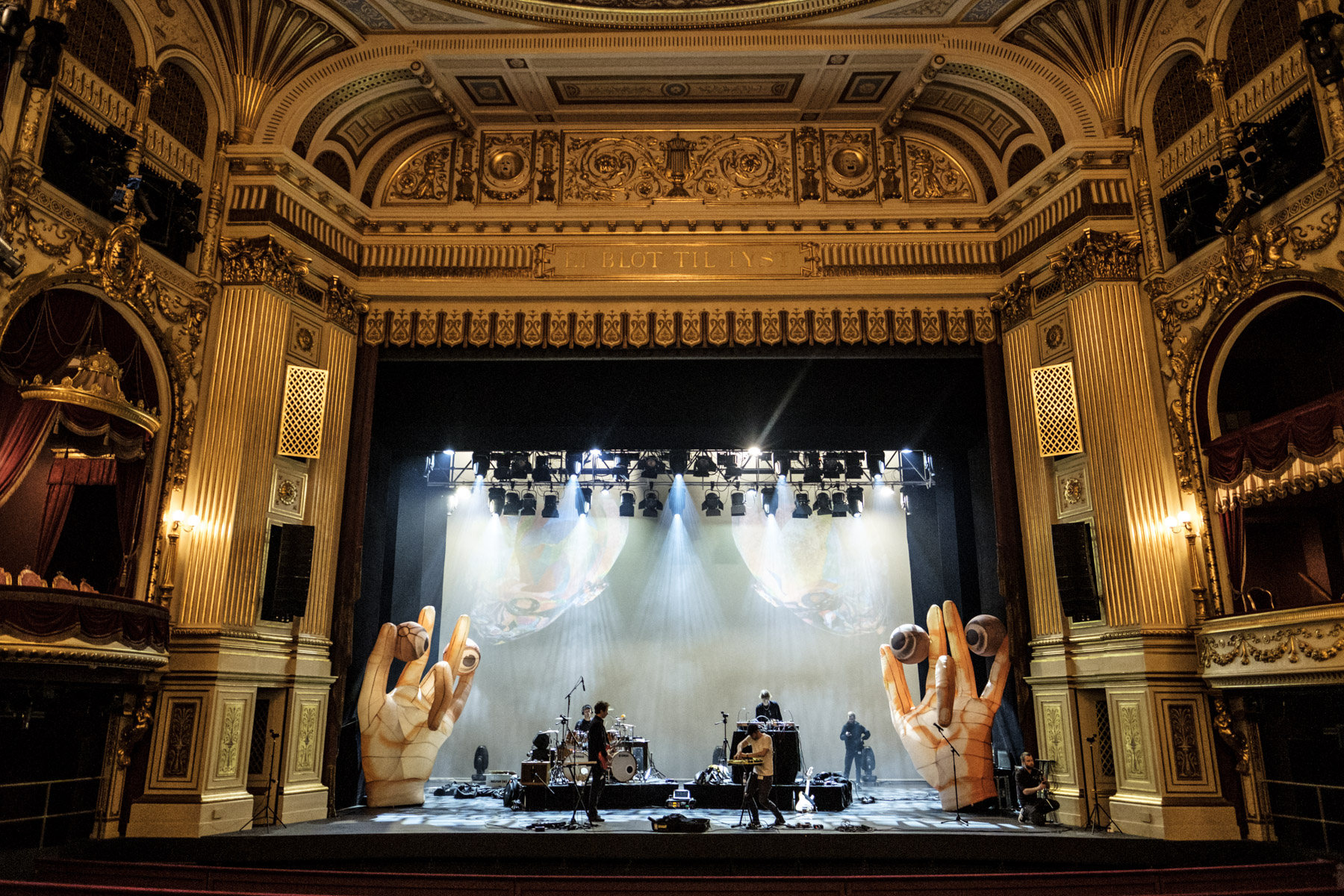 The Danish Royal Theatre is an absolutely gorgeous venue from 1874. 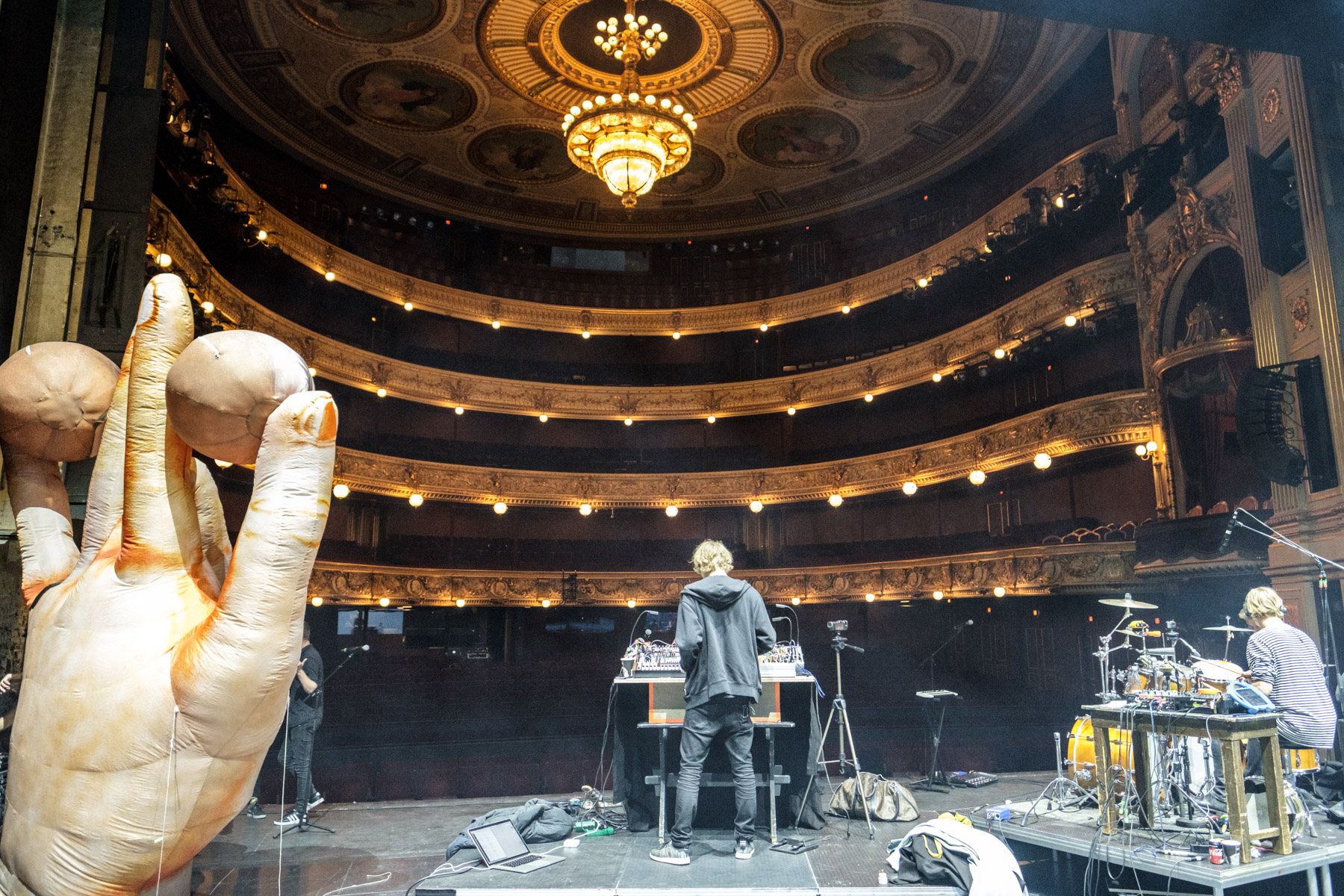 The view from up here towards the audience is jawdropping. Incredibly gorgeous. 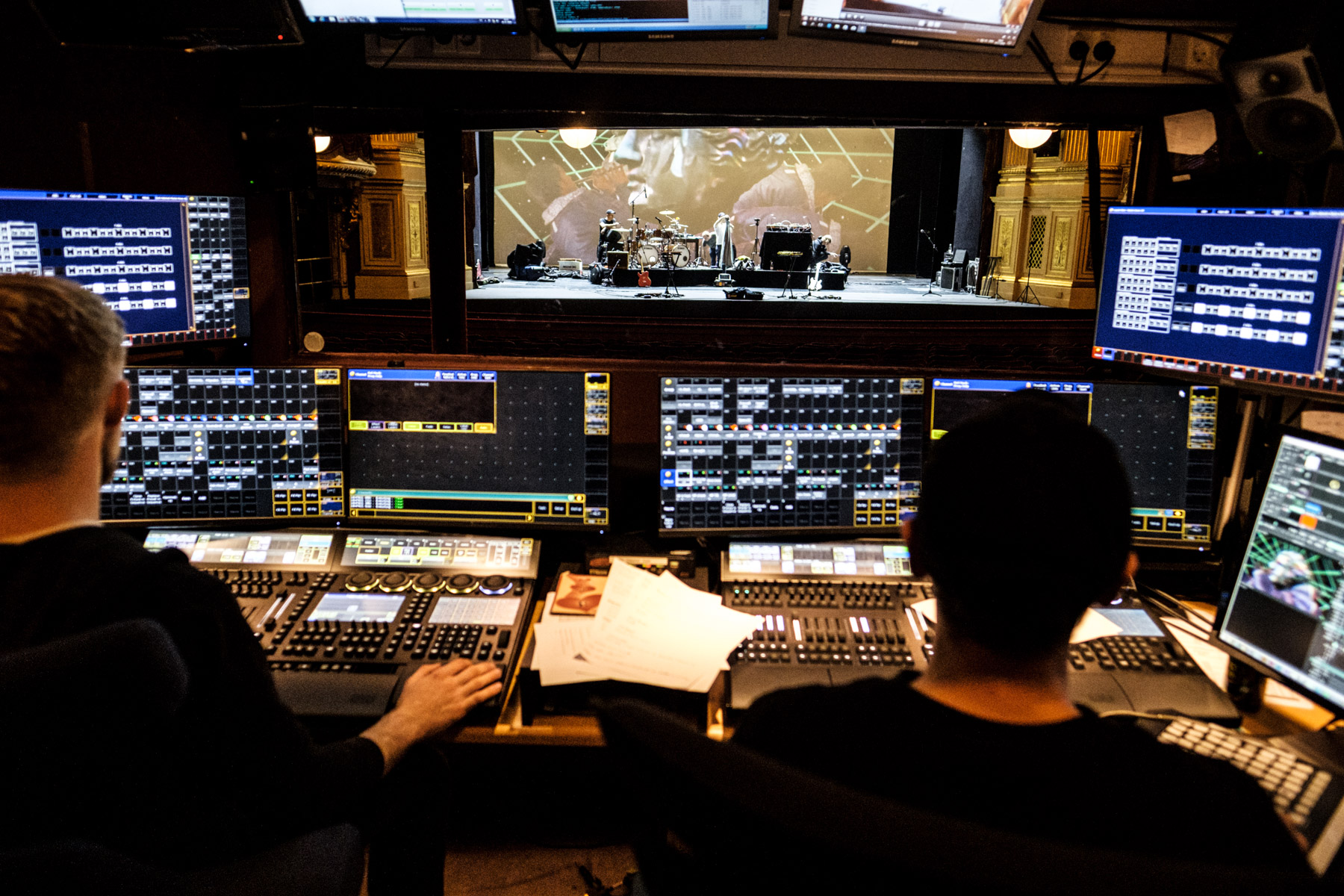 The control room for the lights and my buddy Mad ES on the right here in control of his Mad visuals he created for the show. 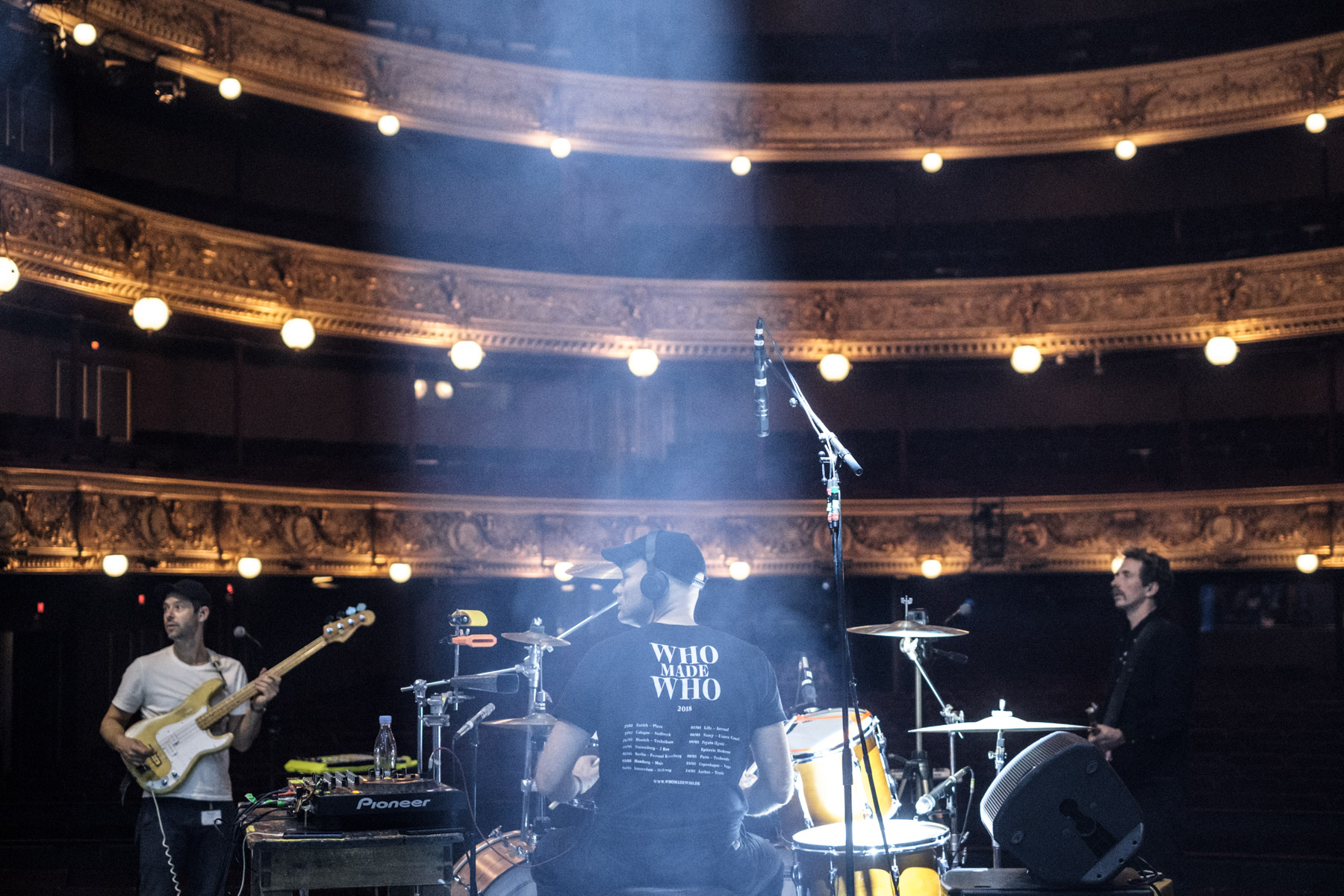 Thomas, Thomas and Jeppe, the 3 members of WhoMadeWho during rehearsals. 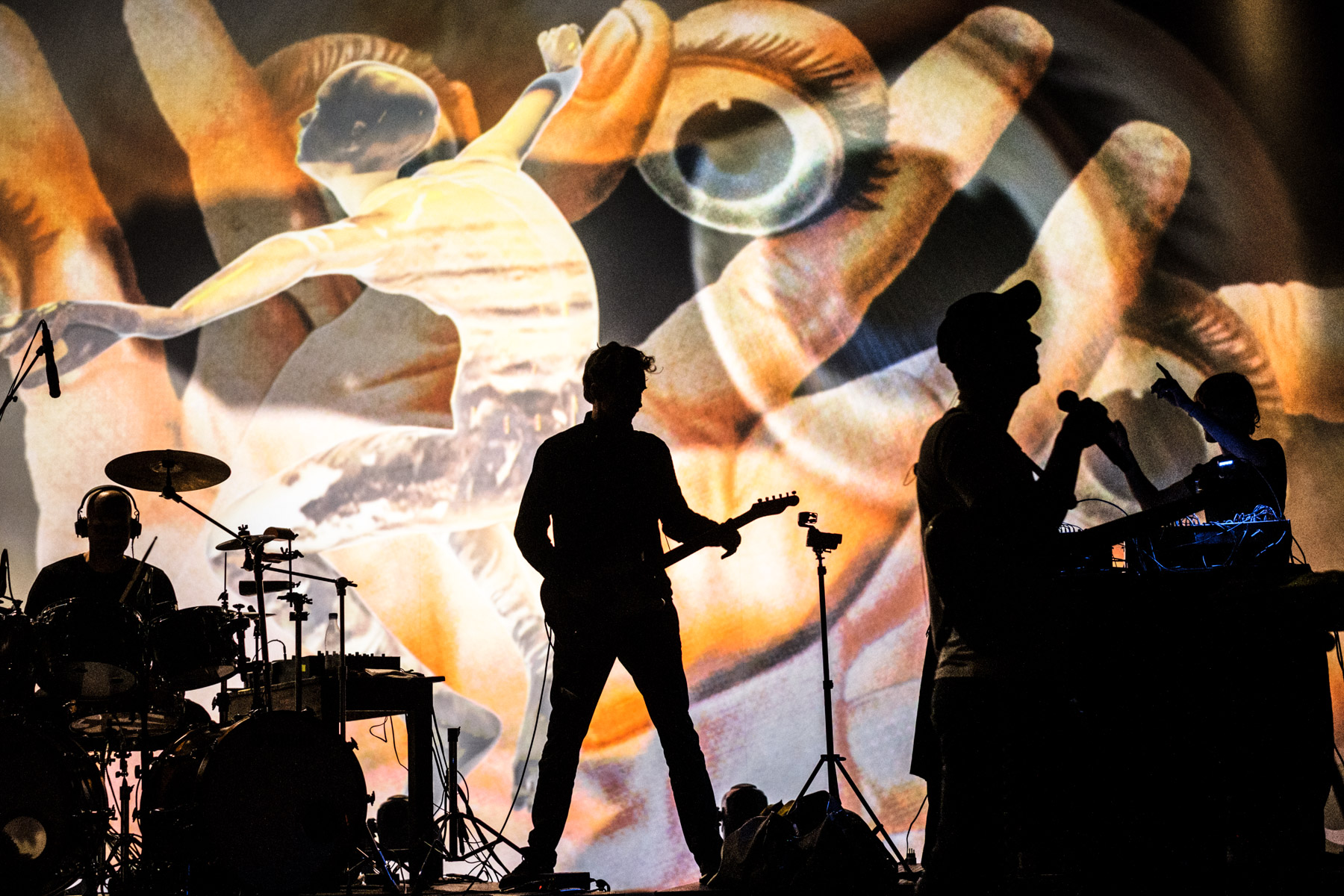 If you look closely you can see by the lack of hats and costumes on the guys that this is during the sound test, not during the actual concert – but there is no better time to make these pictures than pre-show sound check. I can stand exactly where I want as there is no crowd and I am not in the way, allowing me to make exactly the image I want. 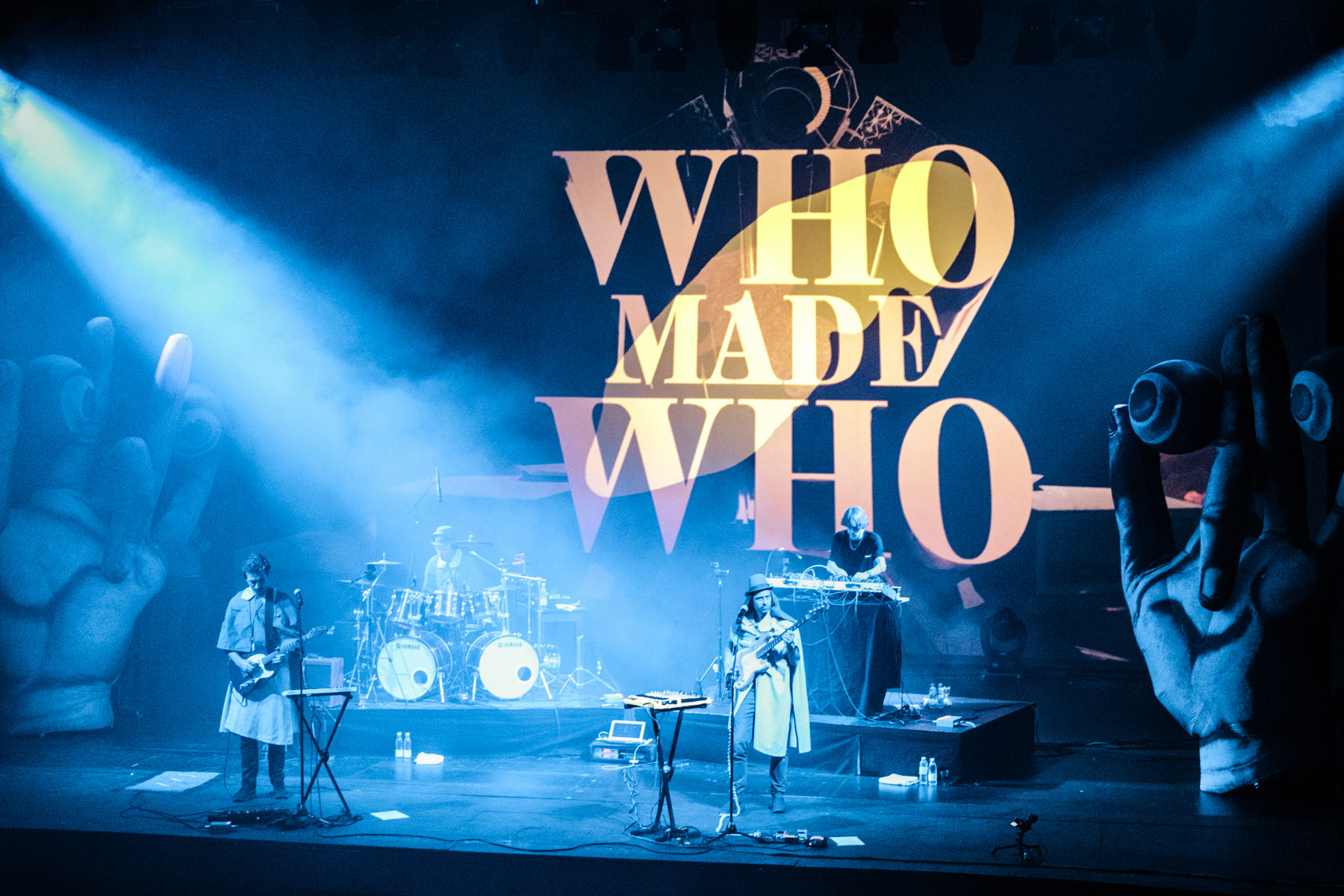 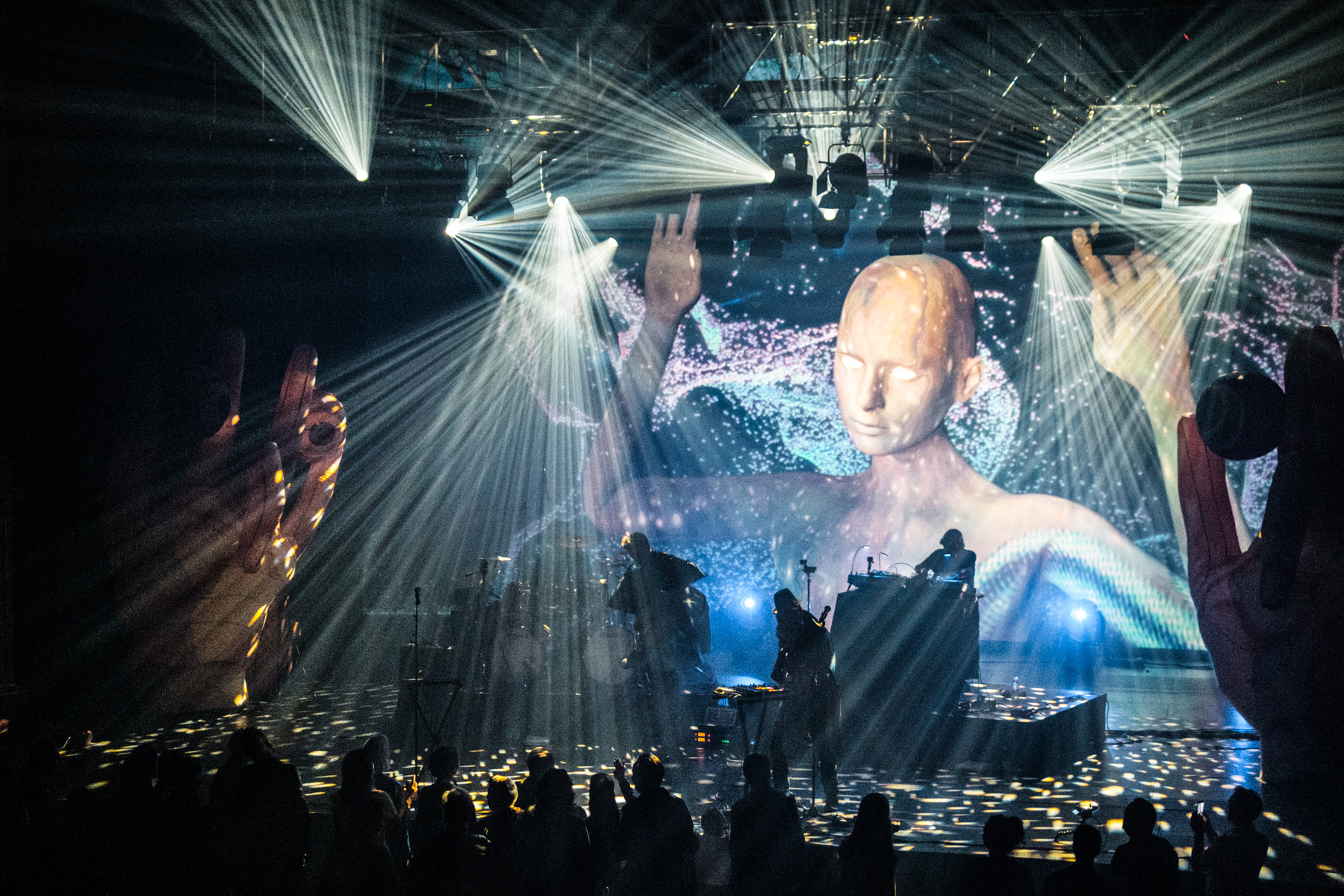 With the incredible visuals from Mad ES 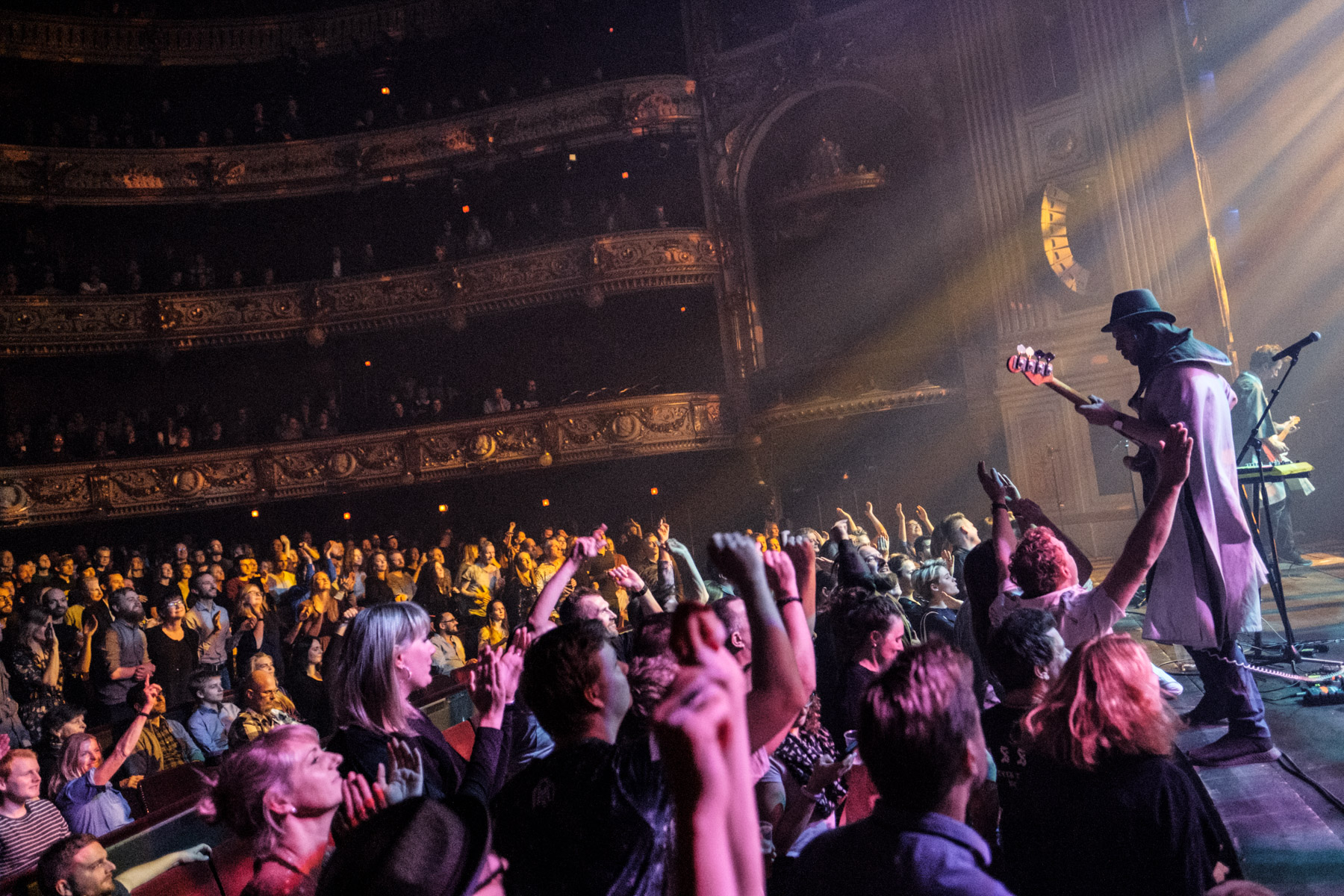 The audience started the concert sitting but it did not take long before the first 3-4 rows were dancing right in front of the stage. 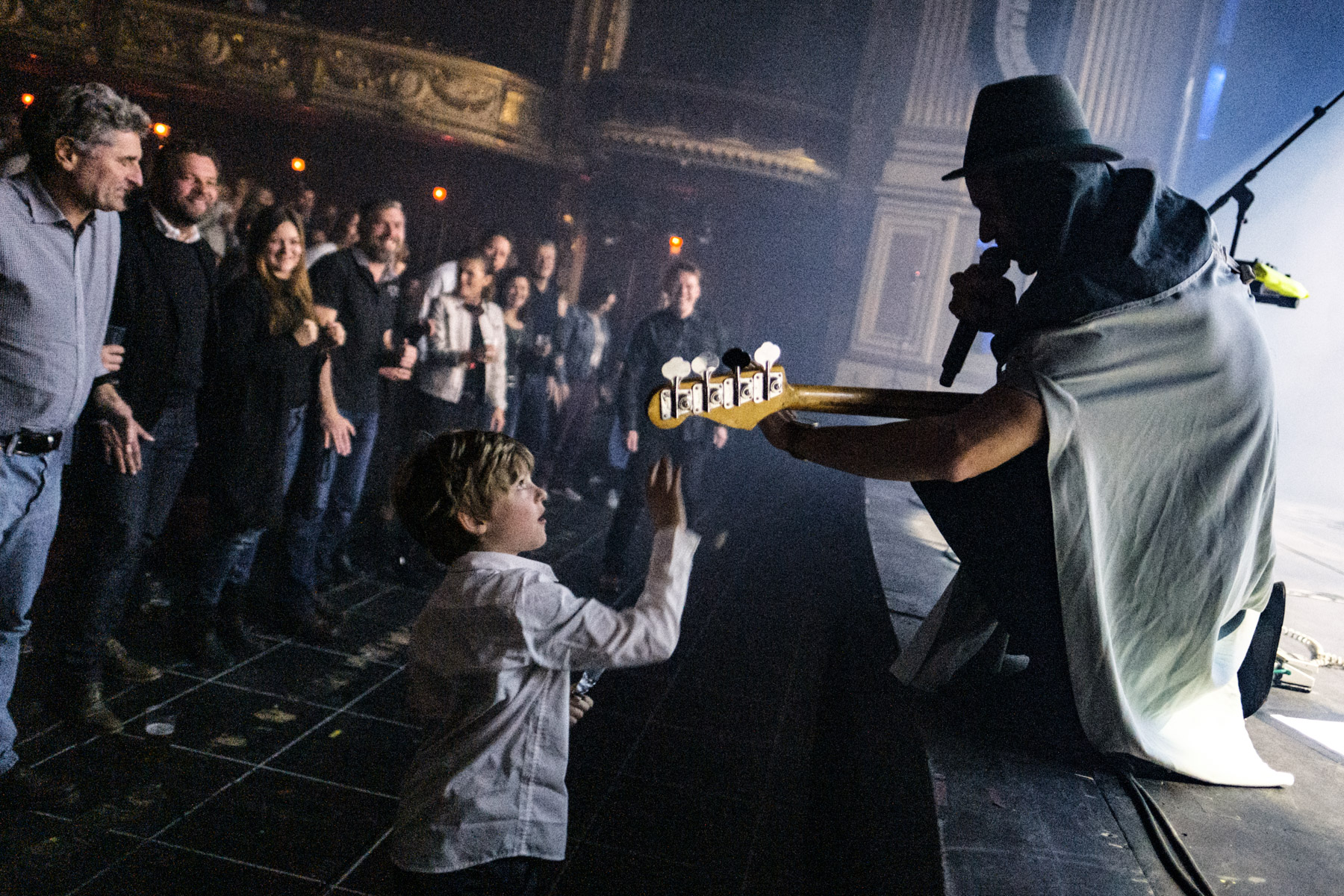 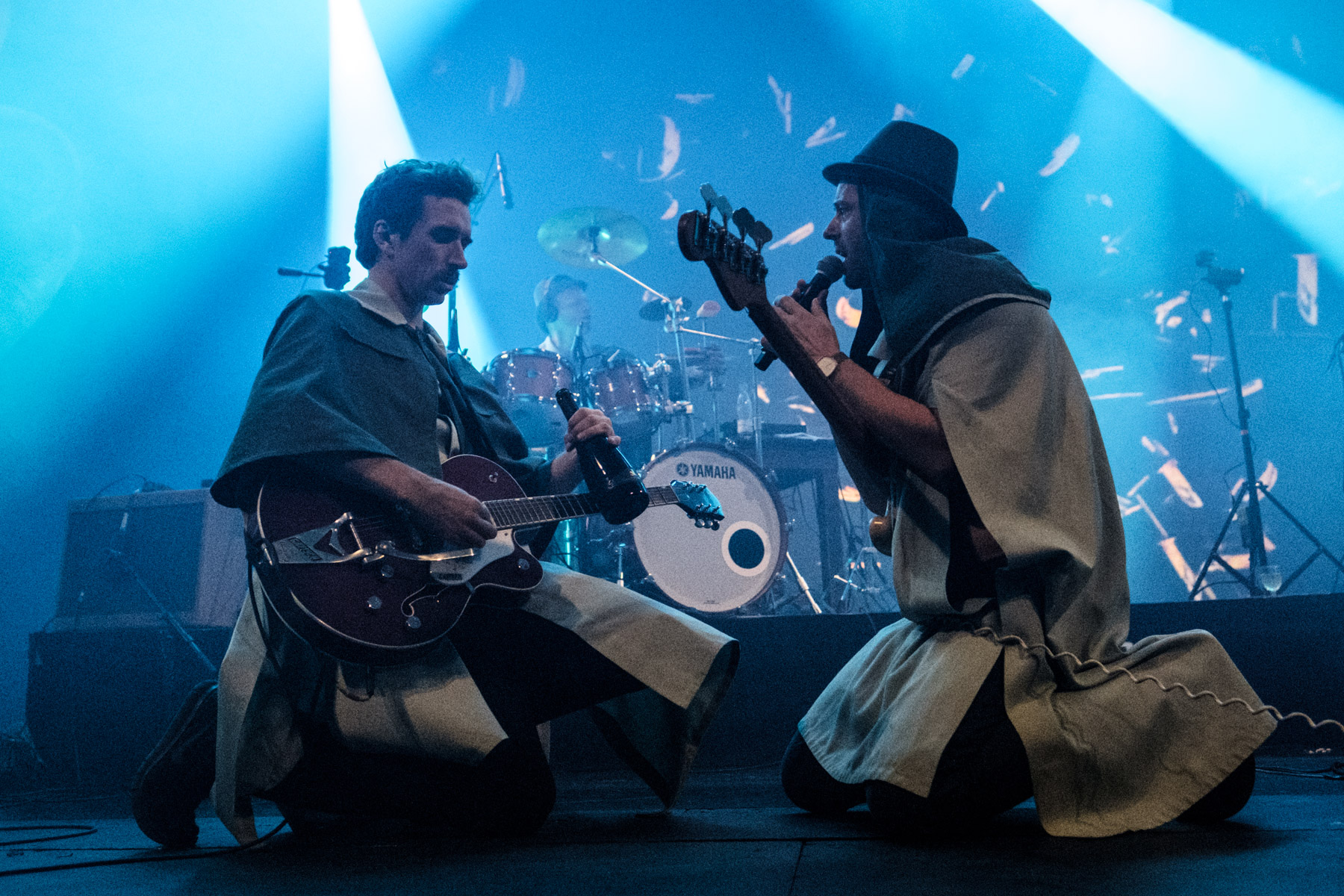 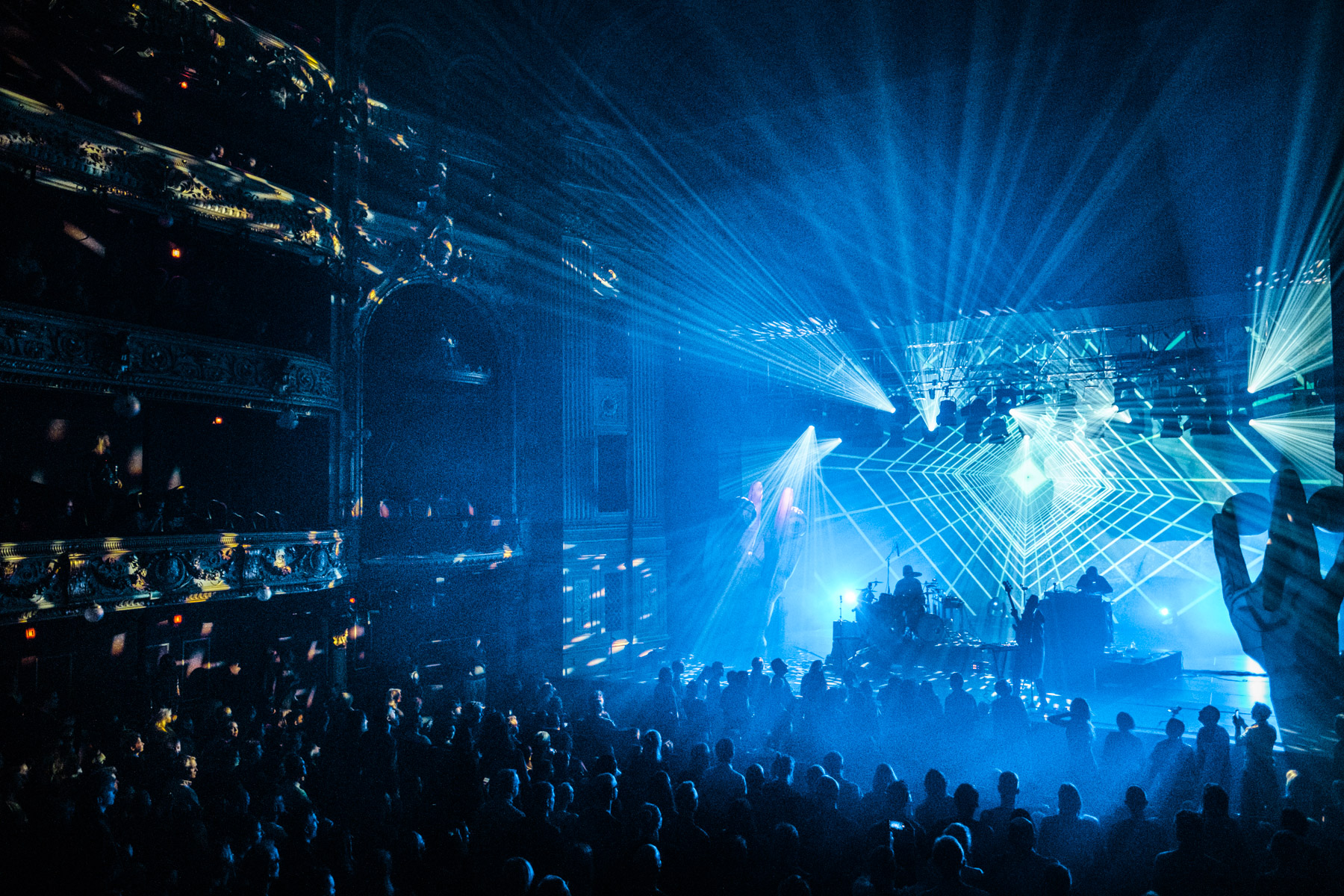 Amazing to see the gorgeous old venue transformed into this science fiction dreamworld of sound, light and visuals. 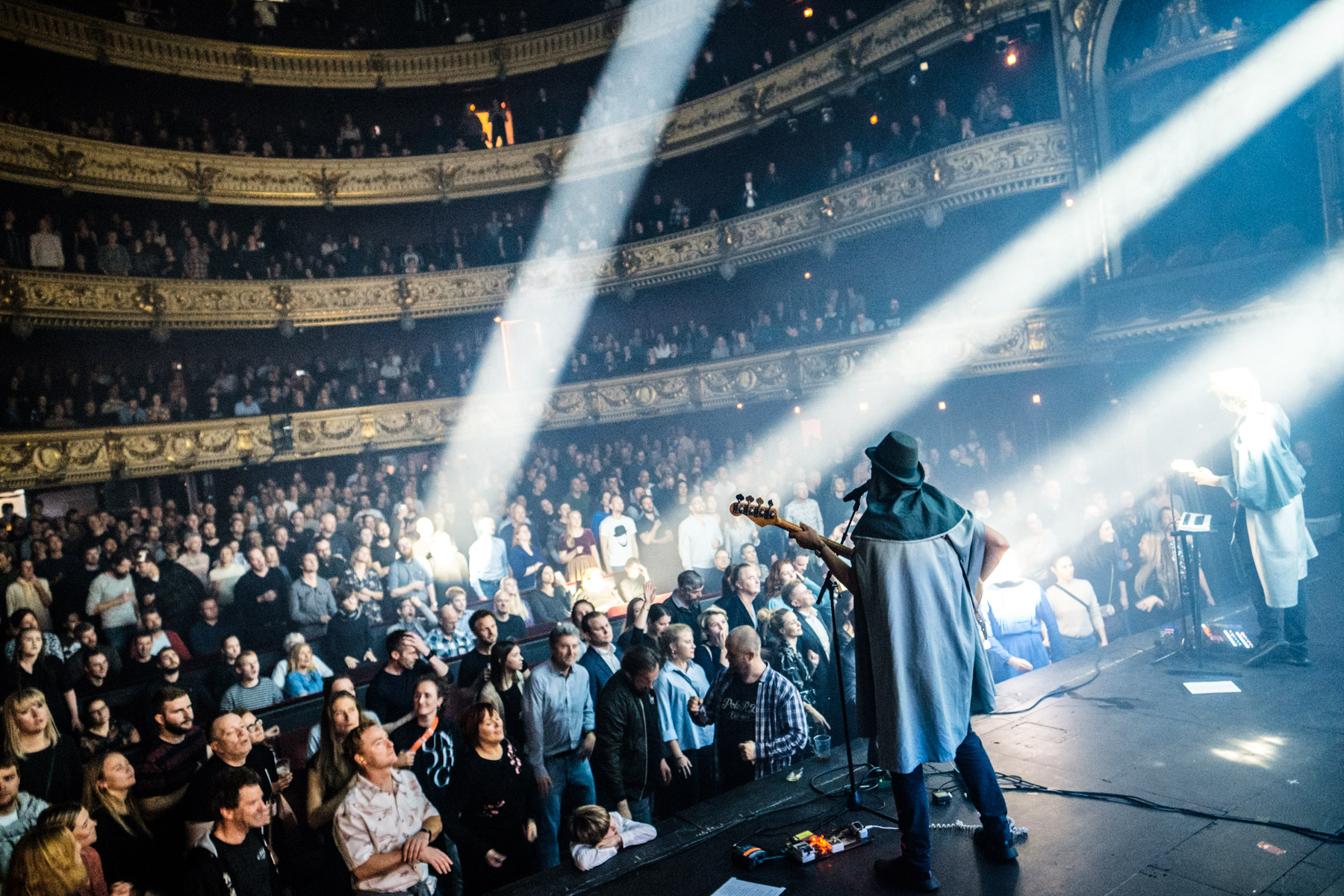 Not your normal average night in the old Royal Theater! 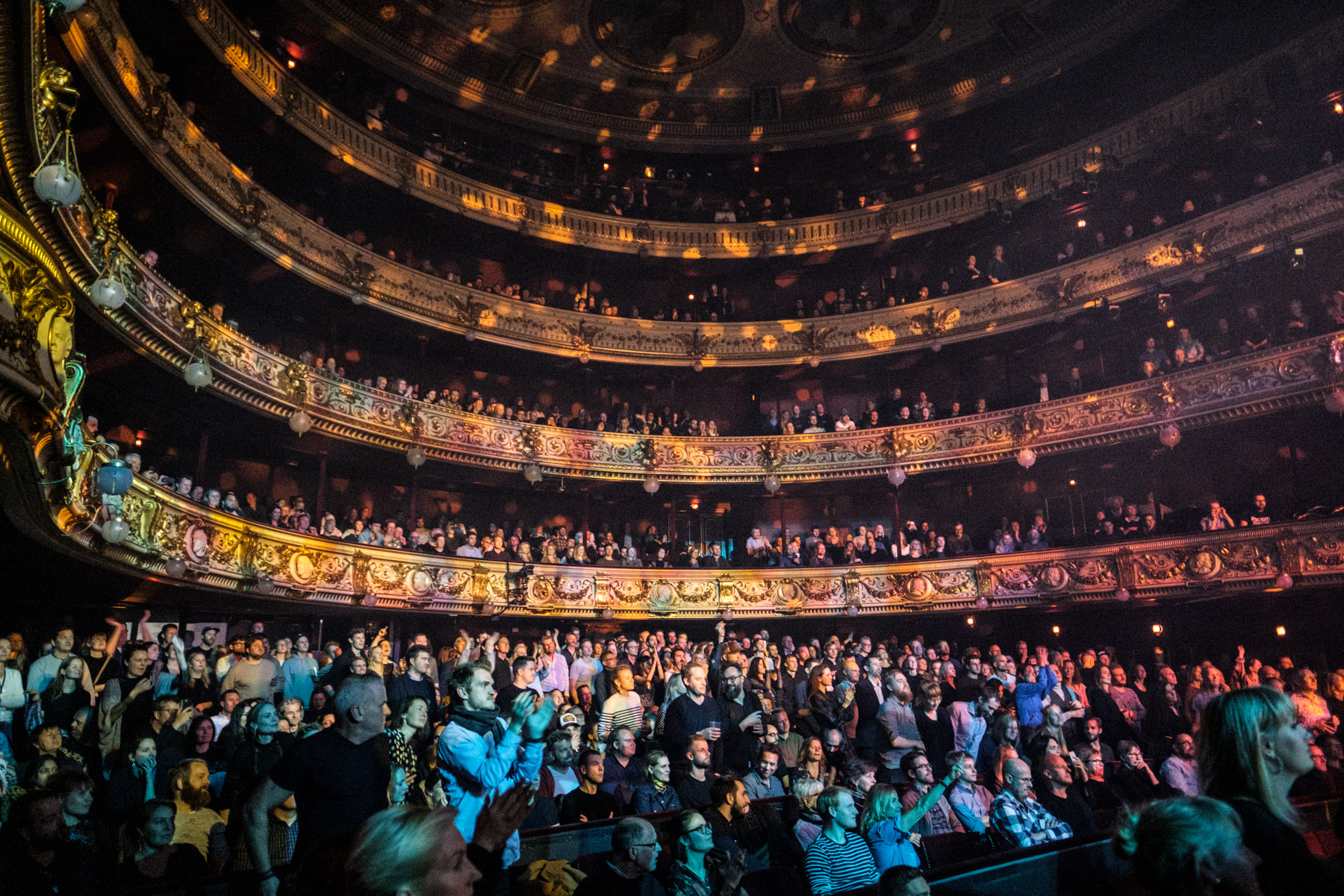 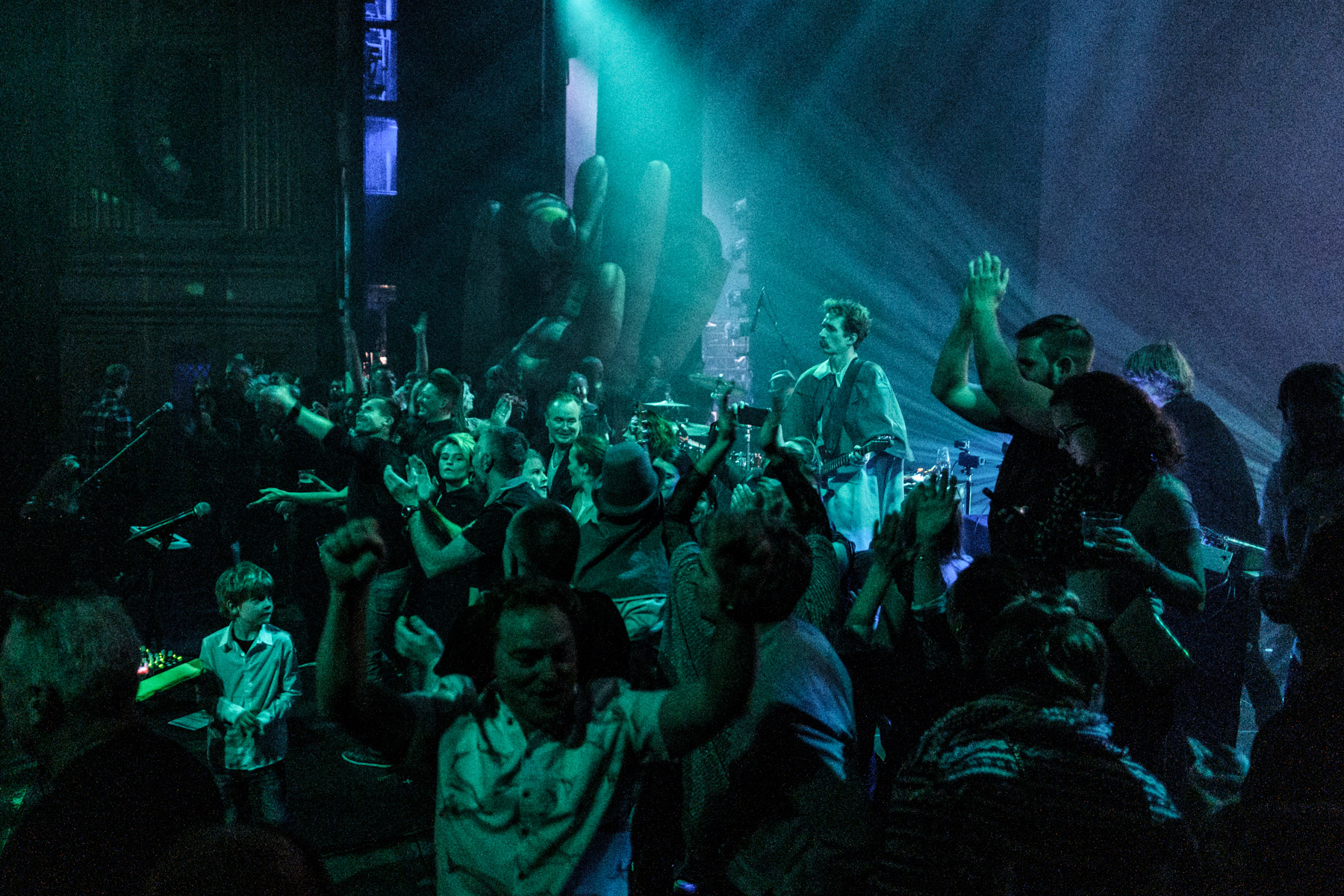 During the last song of the encore, Jeppe from WhoMadeWho shouted “anarchy” into the mike and waved the crowd to come one stage. I doubt anyone figured so many people would invade the stage but the ensuing packed stage and slight chaos was hilarious and added to the magic. 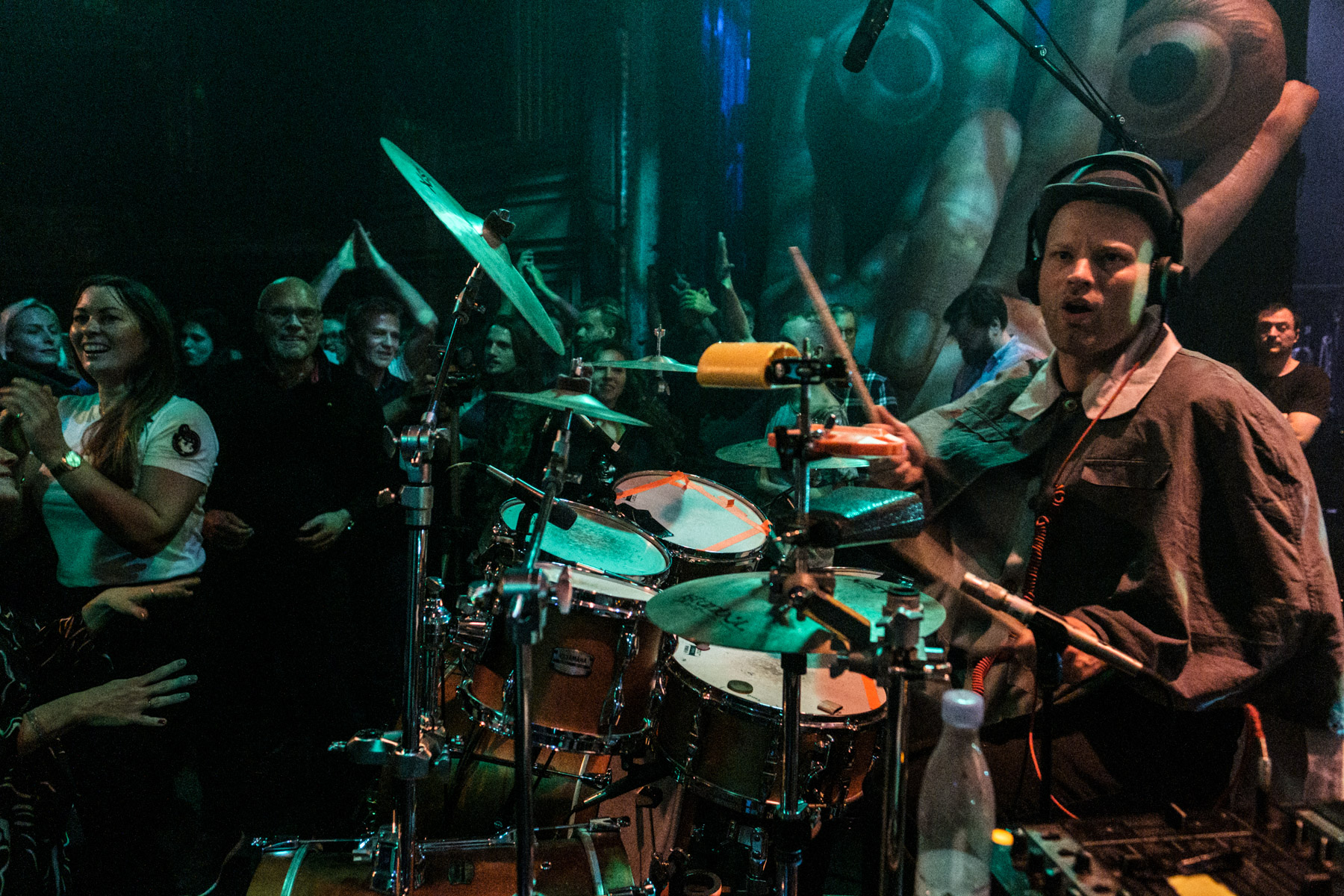 Thomas Barfod on the drums suddenly surrounded by the audience! 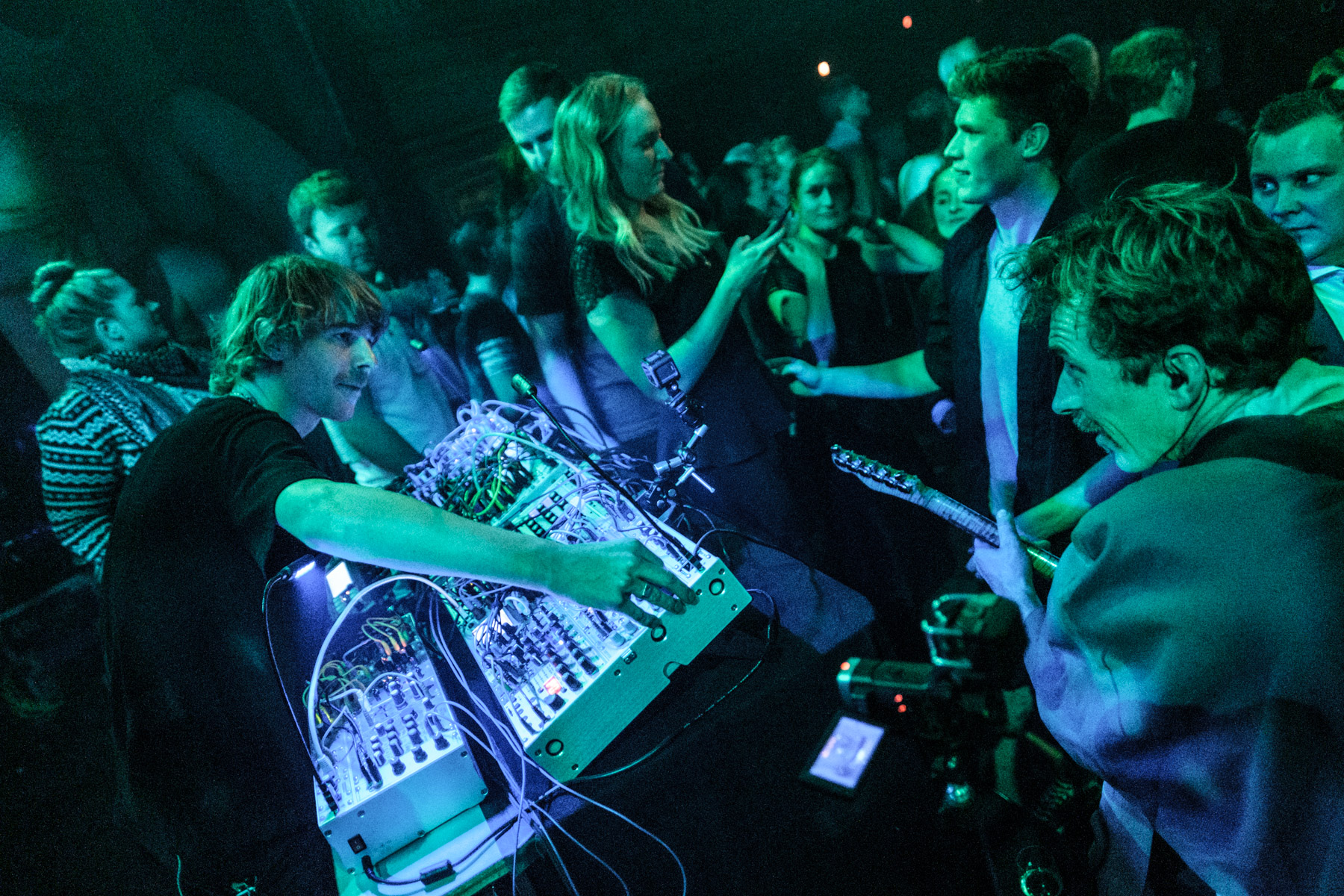 Simon Littauer on his modular setup, surrounded by the audience. 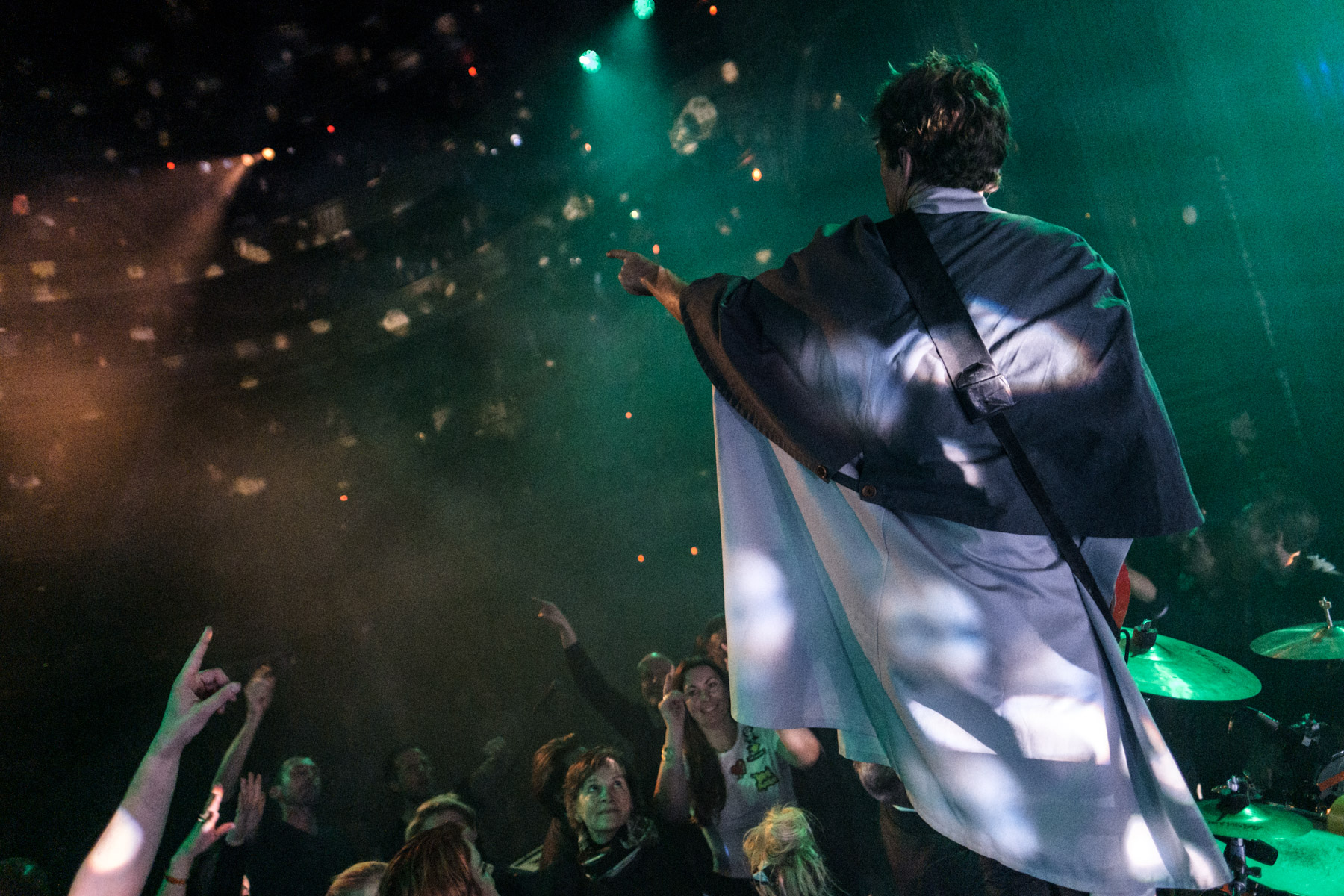 On top of the world, well at least on top of Thomas’ kick drum! 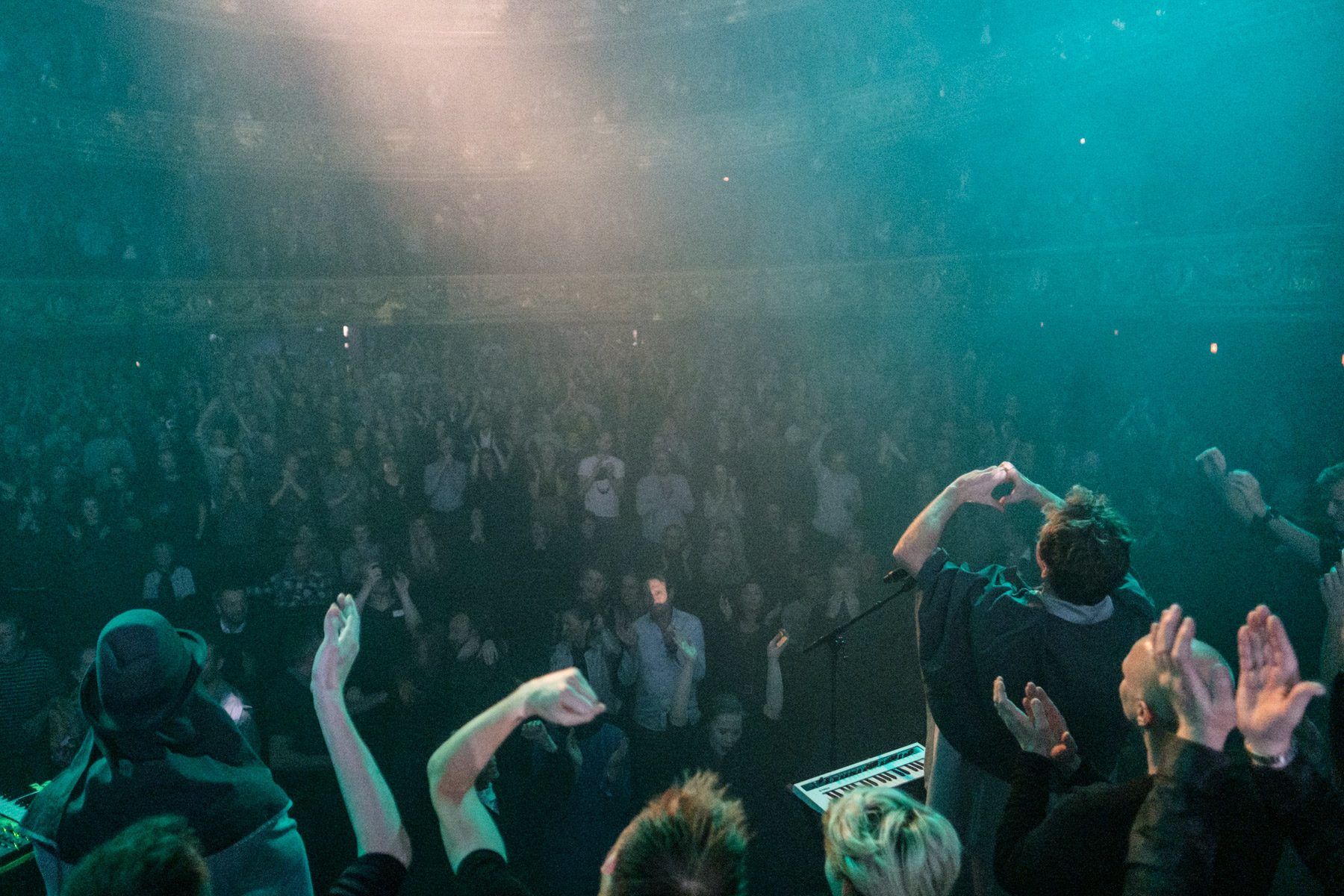 <3 Thank you for the magic 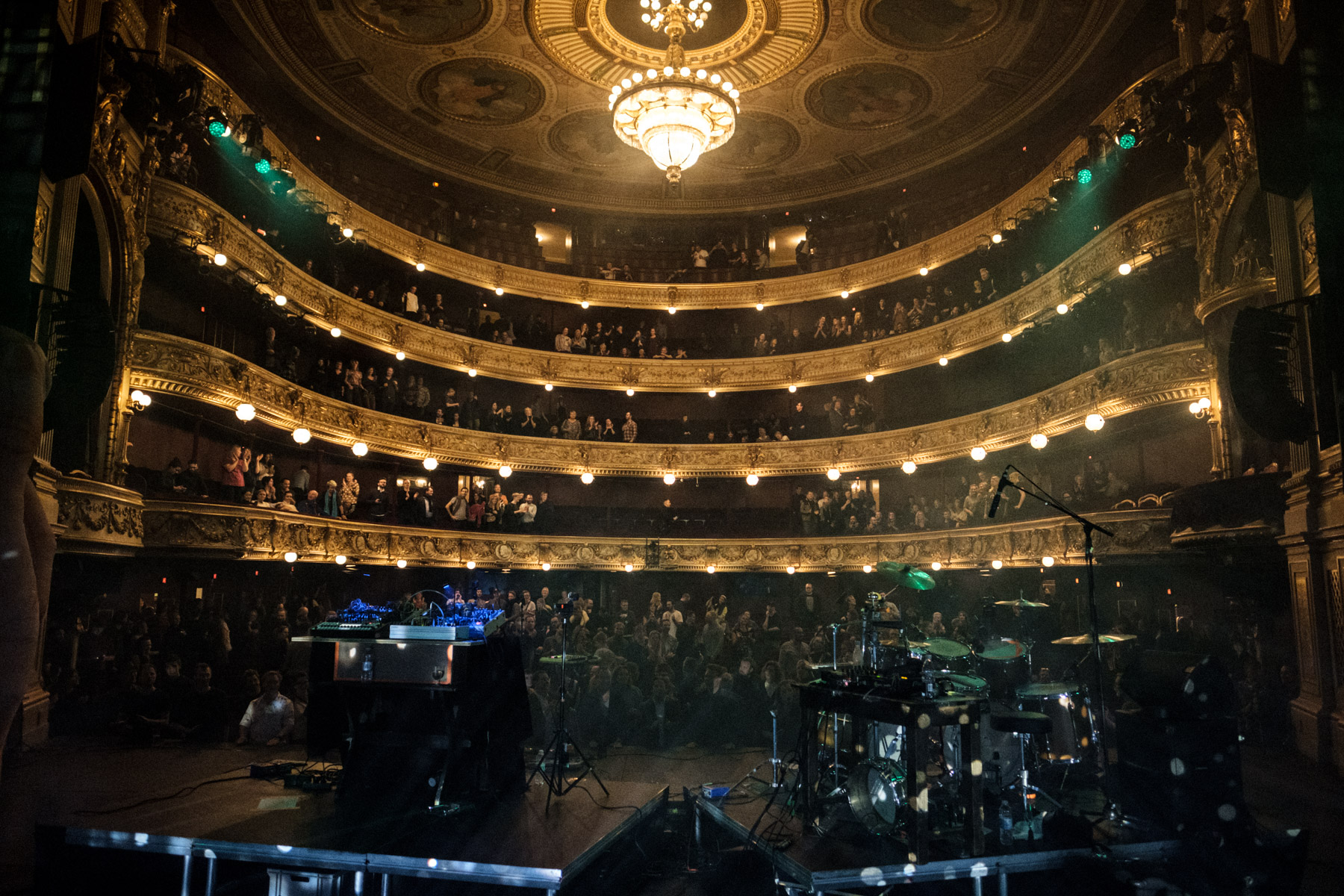 The audience never wanted to leave, staying in the venue and kept clapping for a long time. I snuck back out onto the stage to get this shot, one last memory