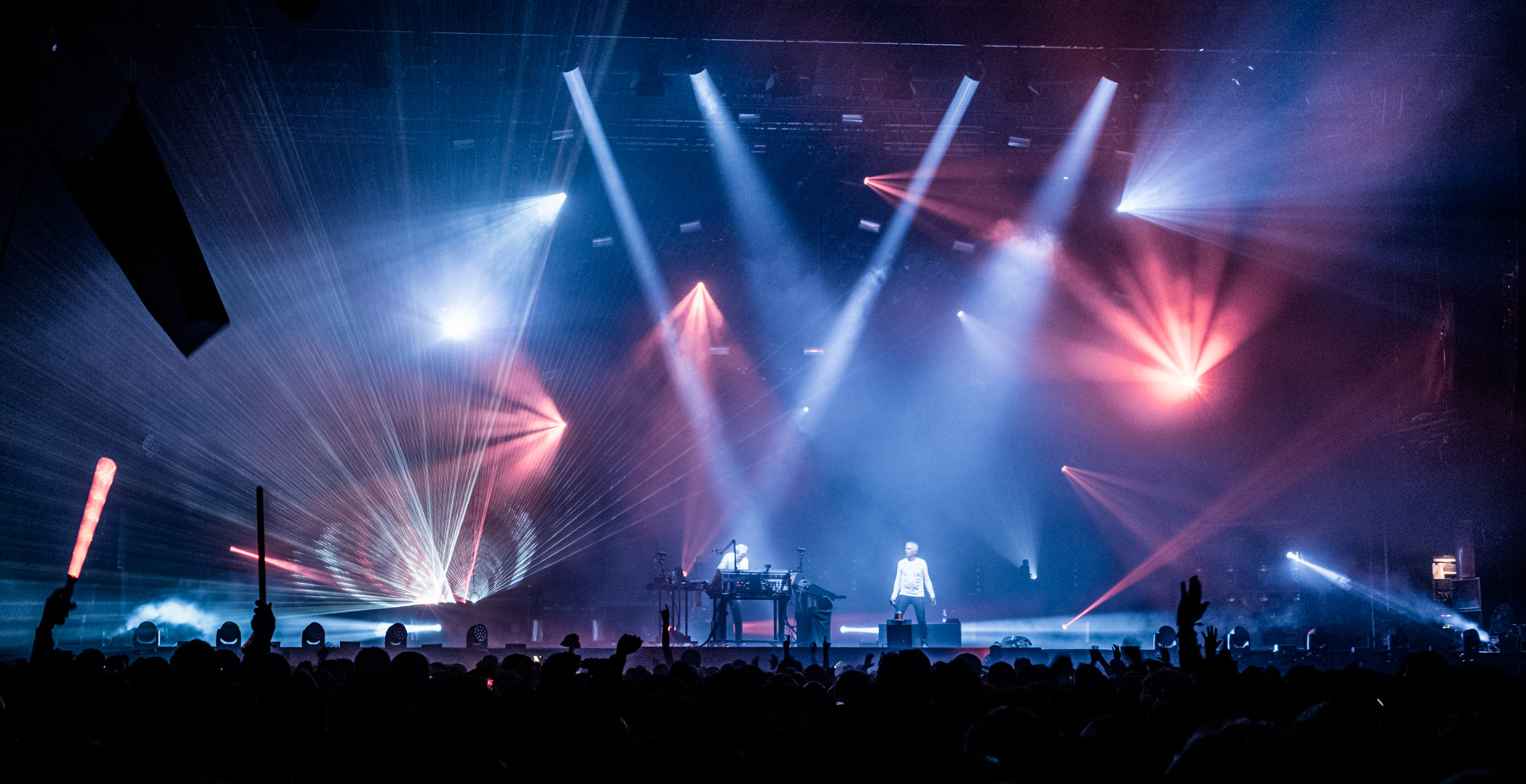 I like when I can make electronic concerts look like a space battle in a scifi movie and this Underworld picture definitely brings me that vibe!

I have been a fan of Underworld since around 1998/99 but never managed to catch them live…until Roskilde Festival 2019 and I was so looking forward to them blowing the roof of the massive Arena tent. Even if you don’t know Underworld, you would probably instantly recognize Born Slippy from Trainspotting movie. That tune has become a classic, instantly recognisable. I love jumping around to the faster Underworld songs with their incredibly signature drive and energy. But my absolute favourite Underworld tunes are a bit deeper: Dark Train (Dark and Long), Cowgirl and Jumbo. Oh and Pearl’s Girl – insane insane crazy crazy track! Oh there are so many!

Underworld brought a massive light show to the Arena stage and it fits their epic sound really well. We were as usual given 3 songs to shoot from the photo pit and then I walked around the tent and moved into the 20,000 people or so in the crowd from the center back. I don’t often stay for an entire concert working at festivals, but I was not going to miss one beat of Underworld. The music, the scale of the sound, the lights, the lasers, the crowd going absolutely bonkers the whole show. This was an outstanding show and I really hope to catch Underworld again in Copenhagen in 2020. 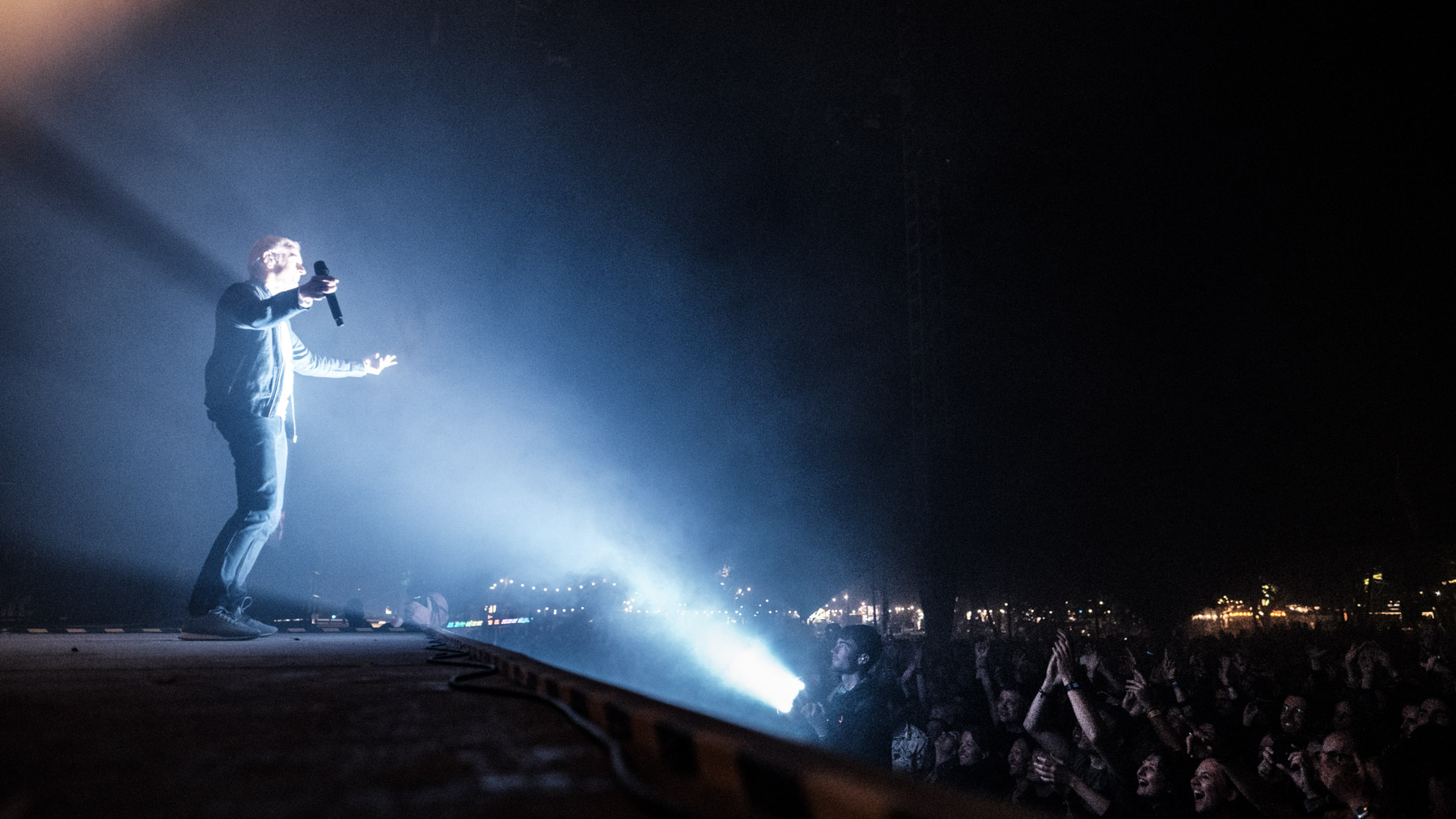 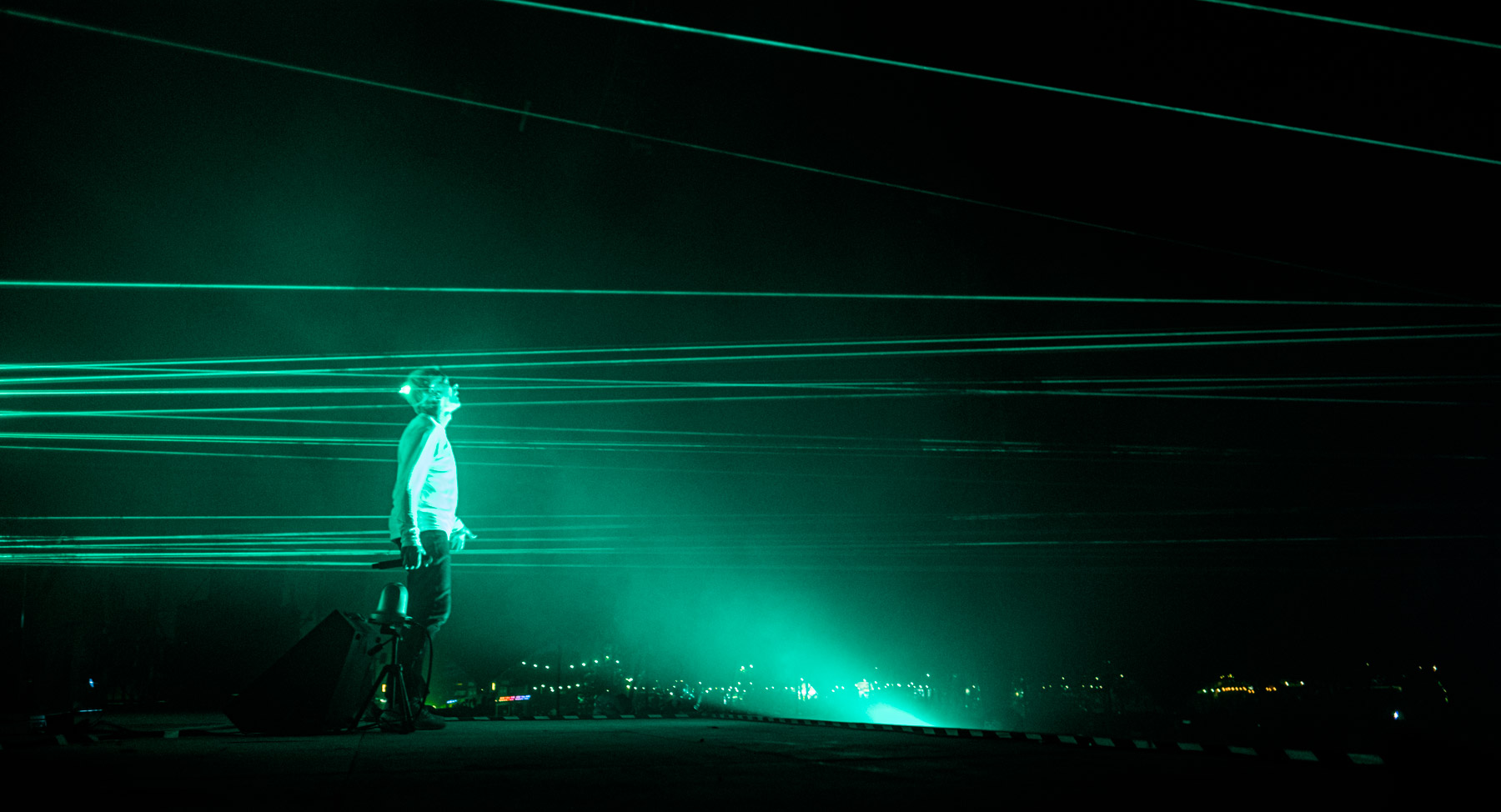 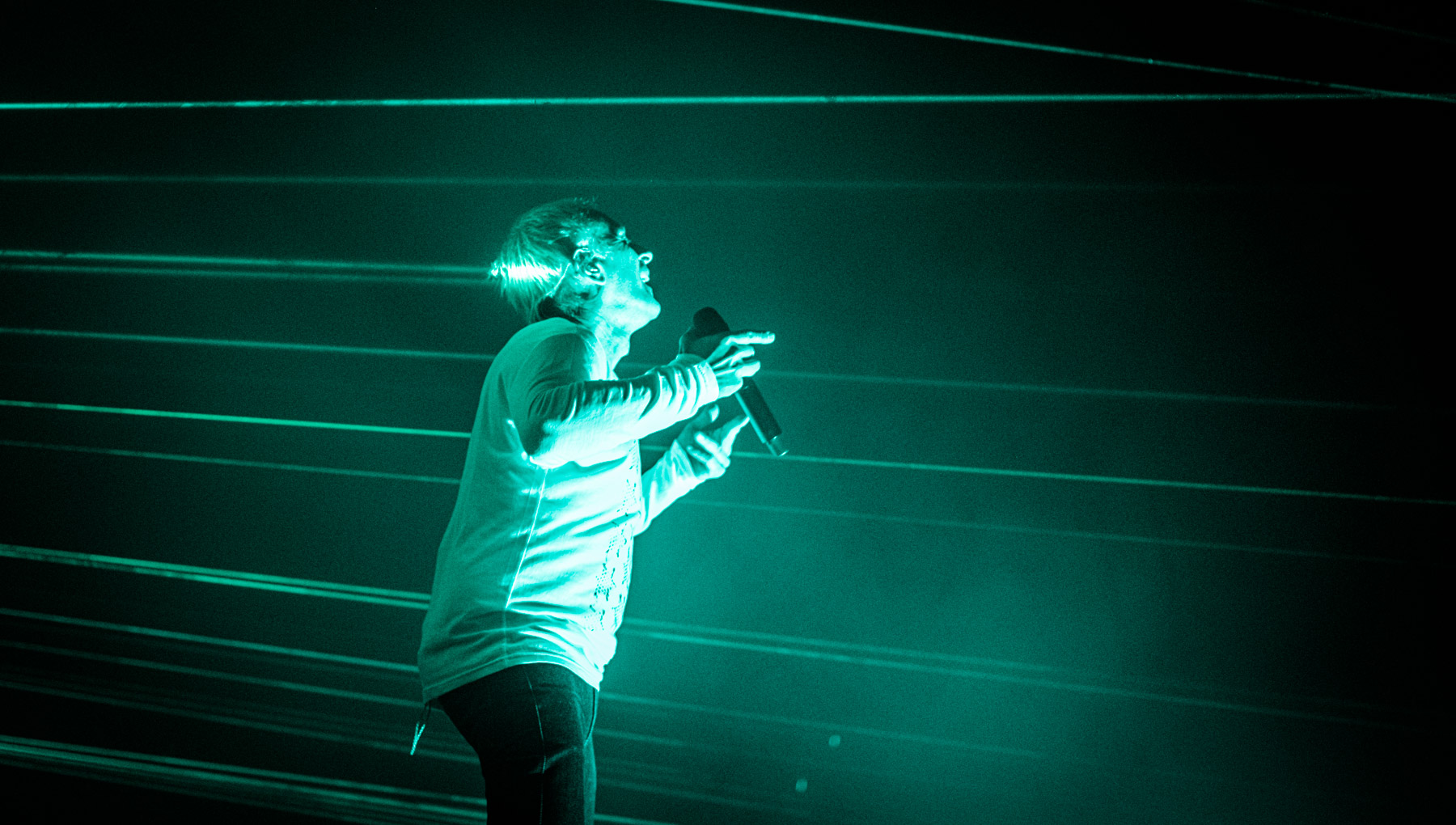 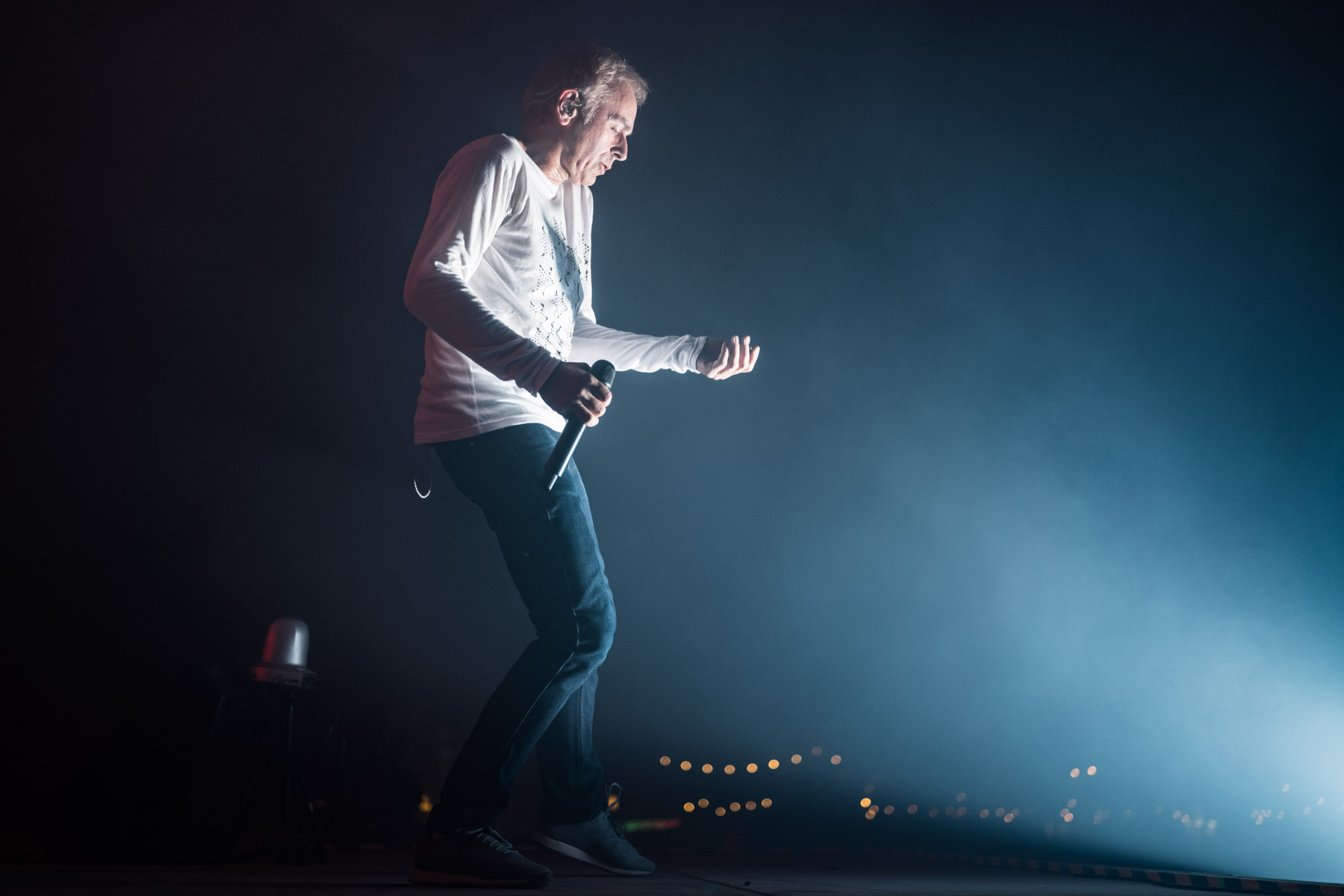 But he does not skip a beat 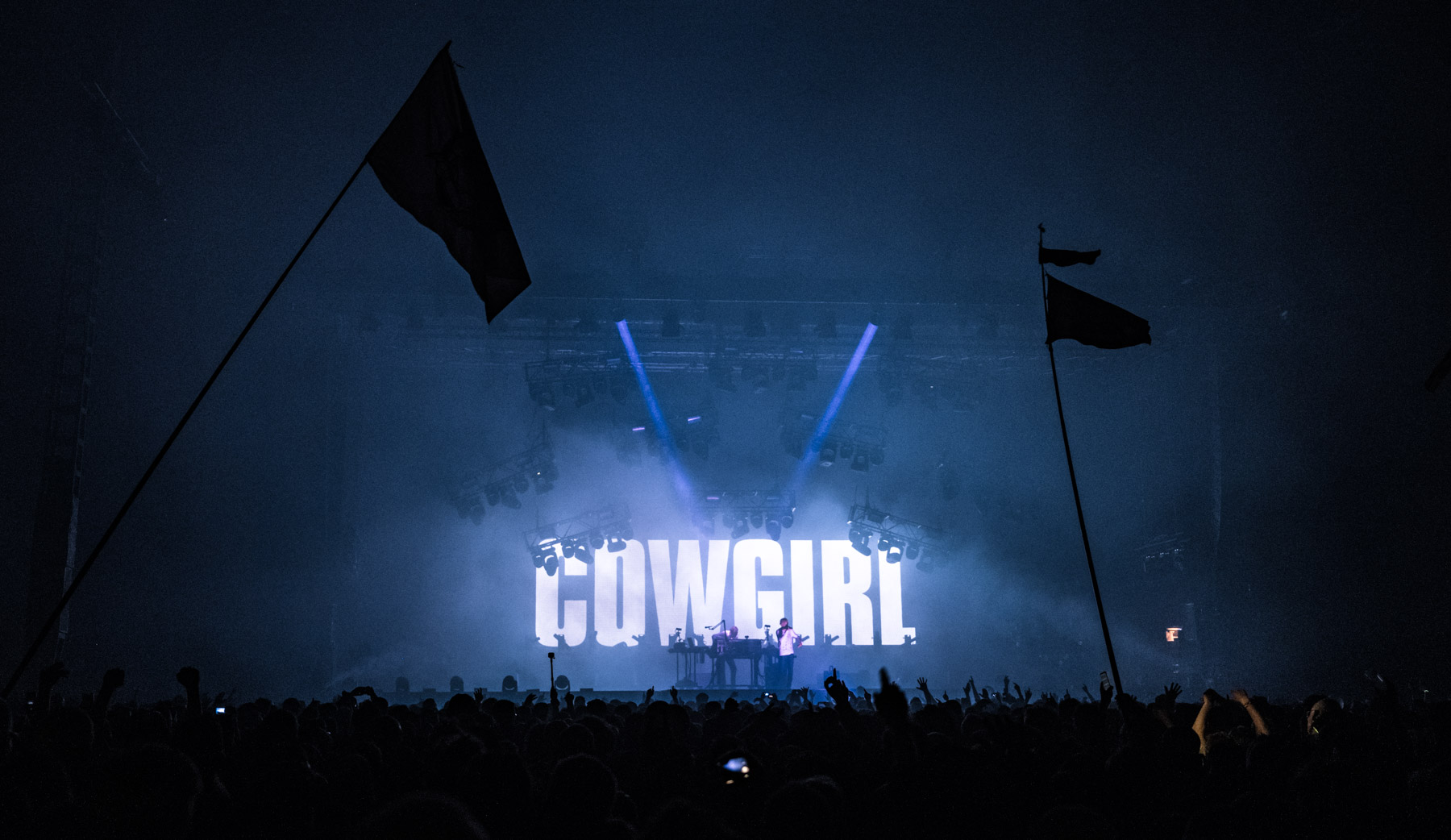 One of my favourites! 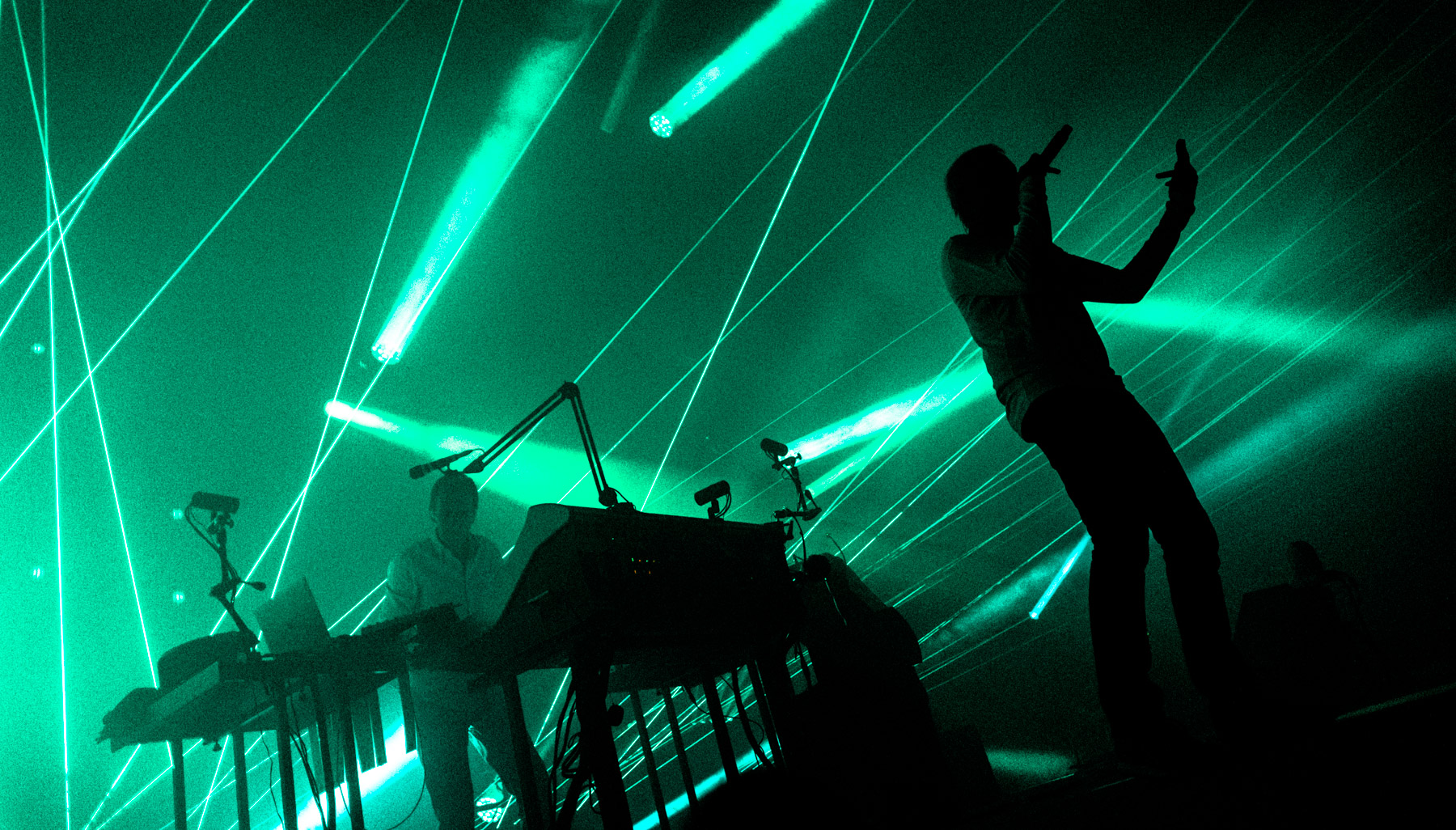 Rick Smith at the controls and Karl Hyde in front as the lasers tear through them. 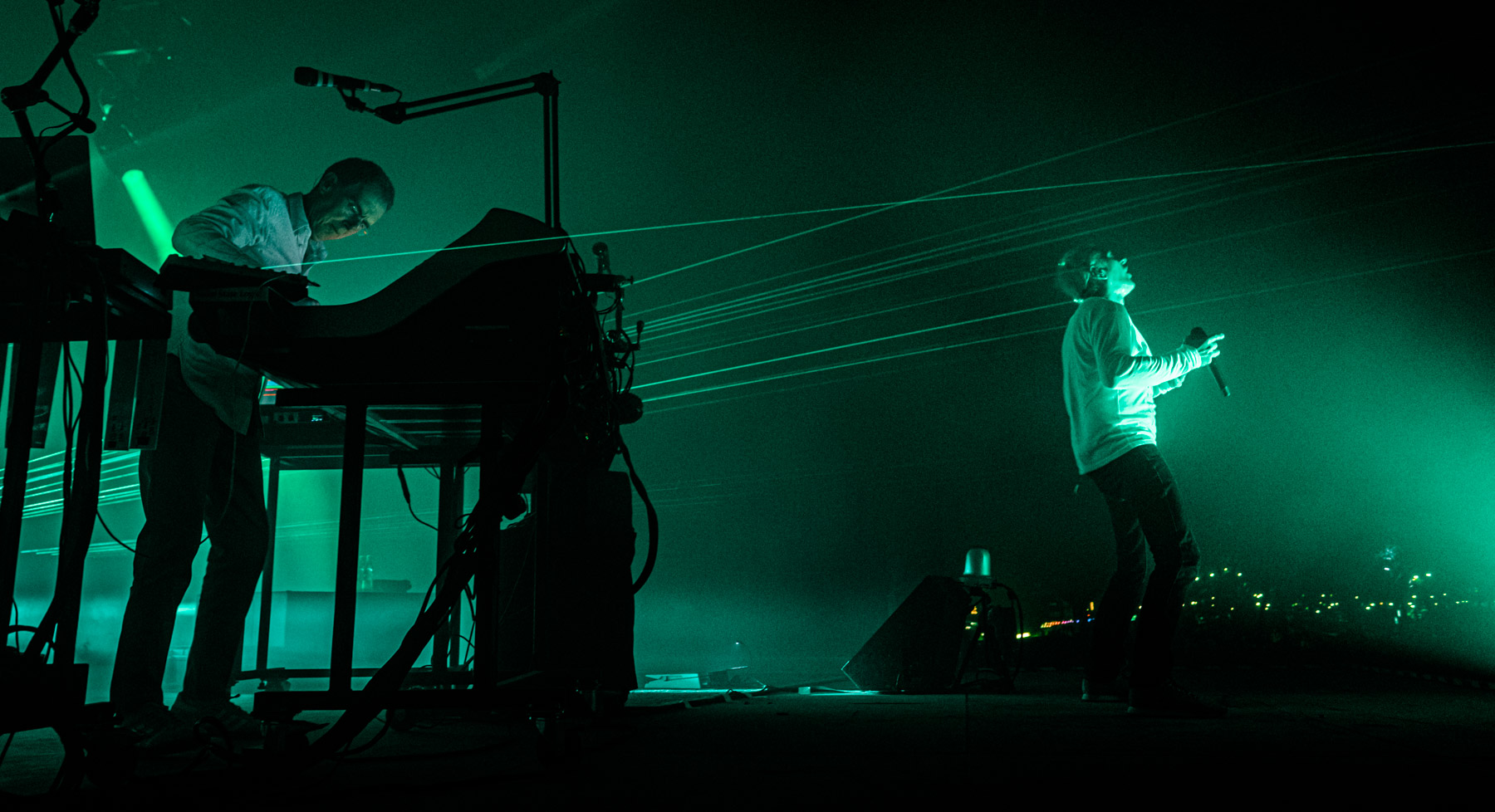 Rick Smith is well hidden behind his gear, this was the best shot I got of him. 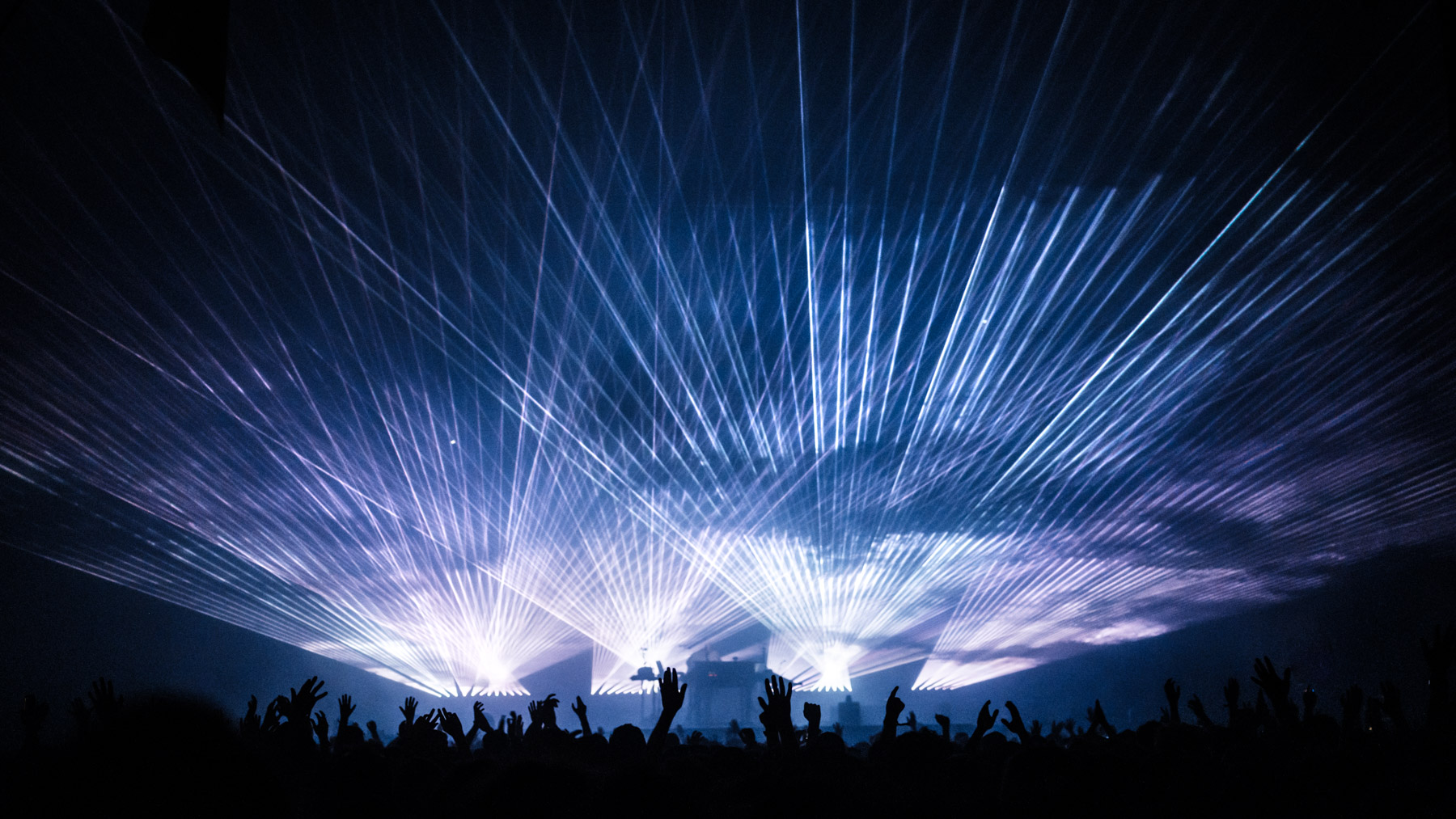 I love lasers and this is just so awesome!!!

Ah take me back to this massive tent of Underworld ravers! 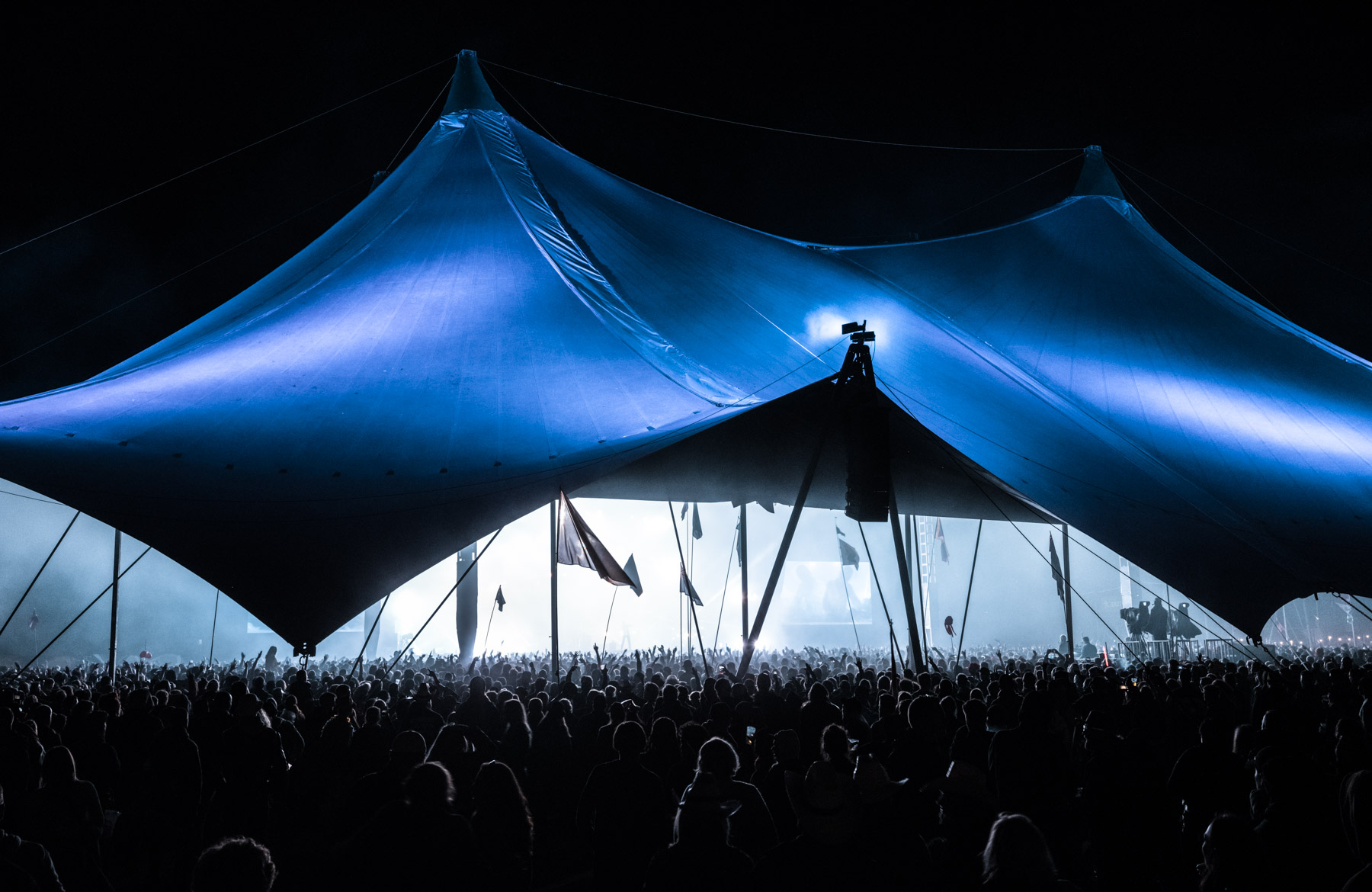 The Arena tent was totally packed, and the crowd spilled out way outside of the tent too. There would have been 20,000 people at least enjoying Underworld.