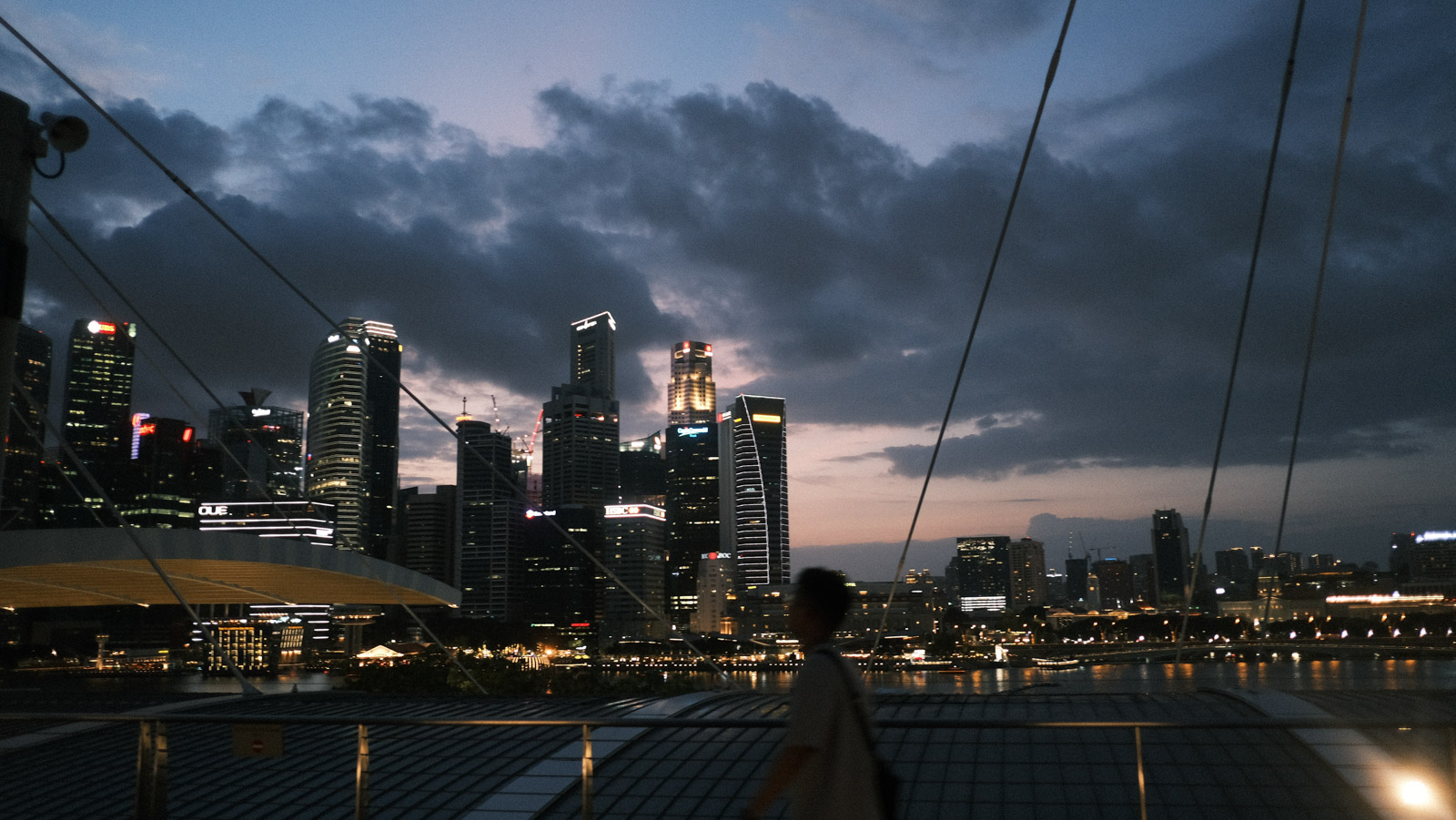 View of the CBD from the top of Marina Bay Sands. A Singapore skyline a lot of people know.

I spent the last 2 weeks of 2019 including Christmas and New Years Eve in Singapore with the magic part of my life, Charlene. It was truly wonderful to get to spend time together, something we had not been able to do much in 2019. I had a broken arm (shit happens!) but as you can tell it did not hinder me having a great holiday and using the new Fujifilm X-Pro3! In order to carry as little as possible on the plane to Singapore (broken arm, did I mention broken arm? fishing for sympathy!) I only brought my 18mm lens and borrowed one of Charlene’s pre-production X-Pro3s and just made snapshots! I rarely ever just wander around and shoot snapshots, and it was really fun and freeing to not shoot professionally and to use a totally different camera. A true pleasure to use the X-Pro3 (with a broken arm. Did I mention broken arm!!!?!?!?!!). Here is a small gallery, all of them are straight out of camera jpegs shot on the Fujifilm X-Pro3 with my battered old 18mm F2 lens and using Classic Neg film simulation at 16:9 cro setting (because I looooove widescreen). Classic Neg film simulation is really awesome because every image looks like something from a photo album from the 70s! Oh and I think I had the grain setting on strong because, well, broken arm! Enough tech babble, here is Christmas in Singapore 2019!

PS. If you want to see more from Singapore, check out my Singapore Stories here. 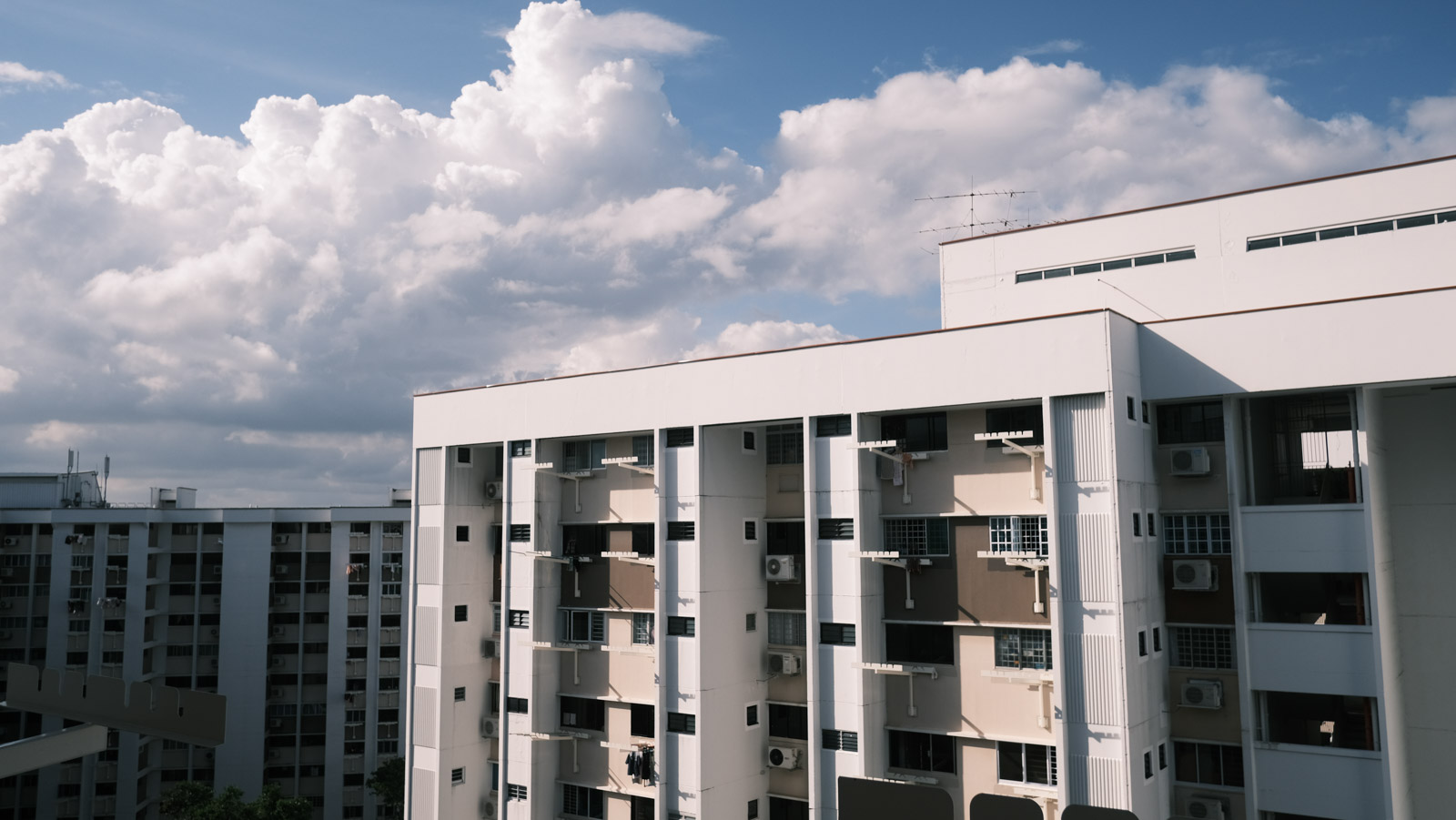 This is how most people live though. In HDB flats, super well-maintained, affordable government owned housing. The flats are fantastic and something most can afford. I honestly wish we had something similar in Copenhagen. 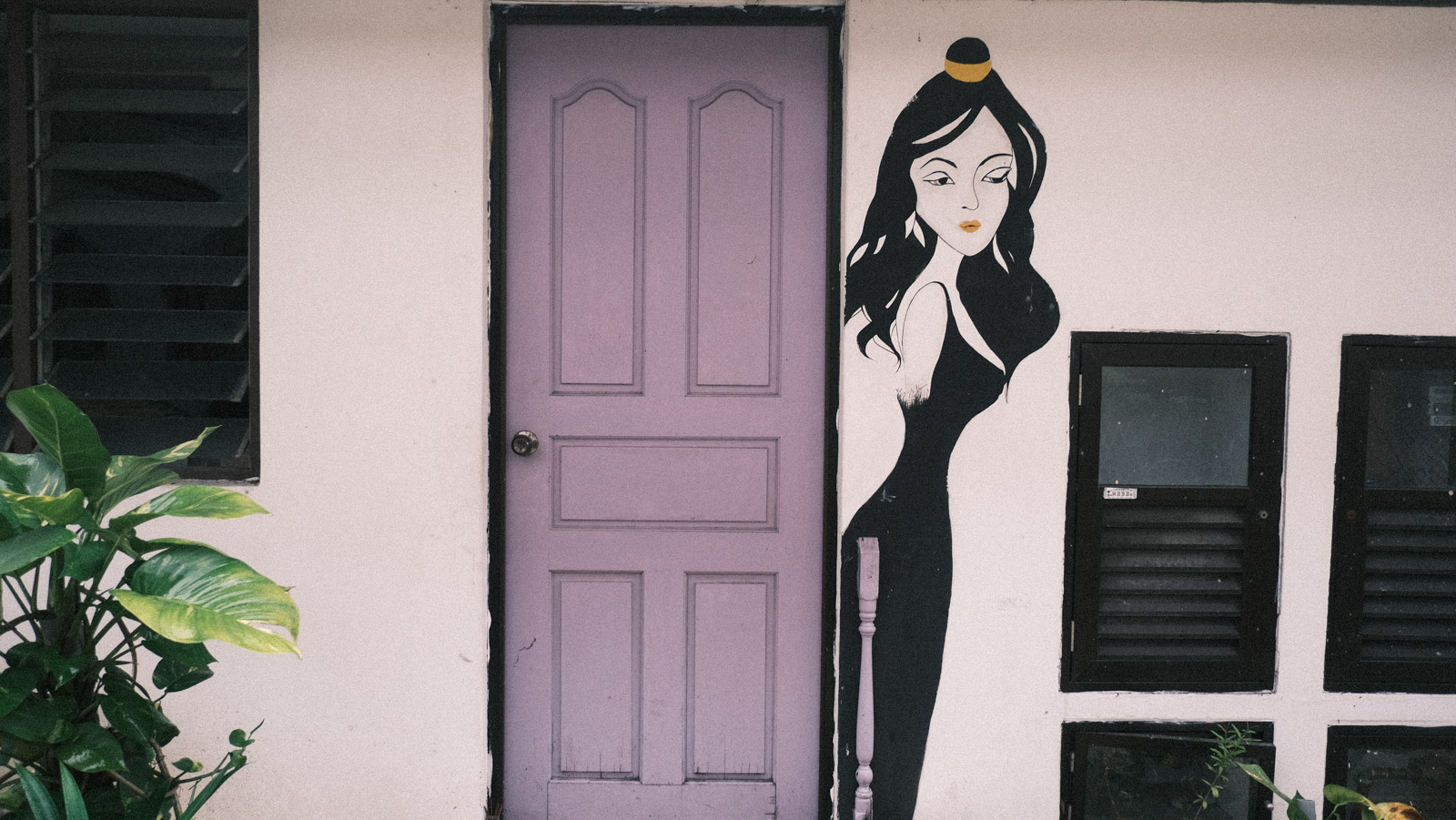 A side street in Joo Chiat, and one of the older style houses. 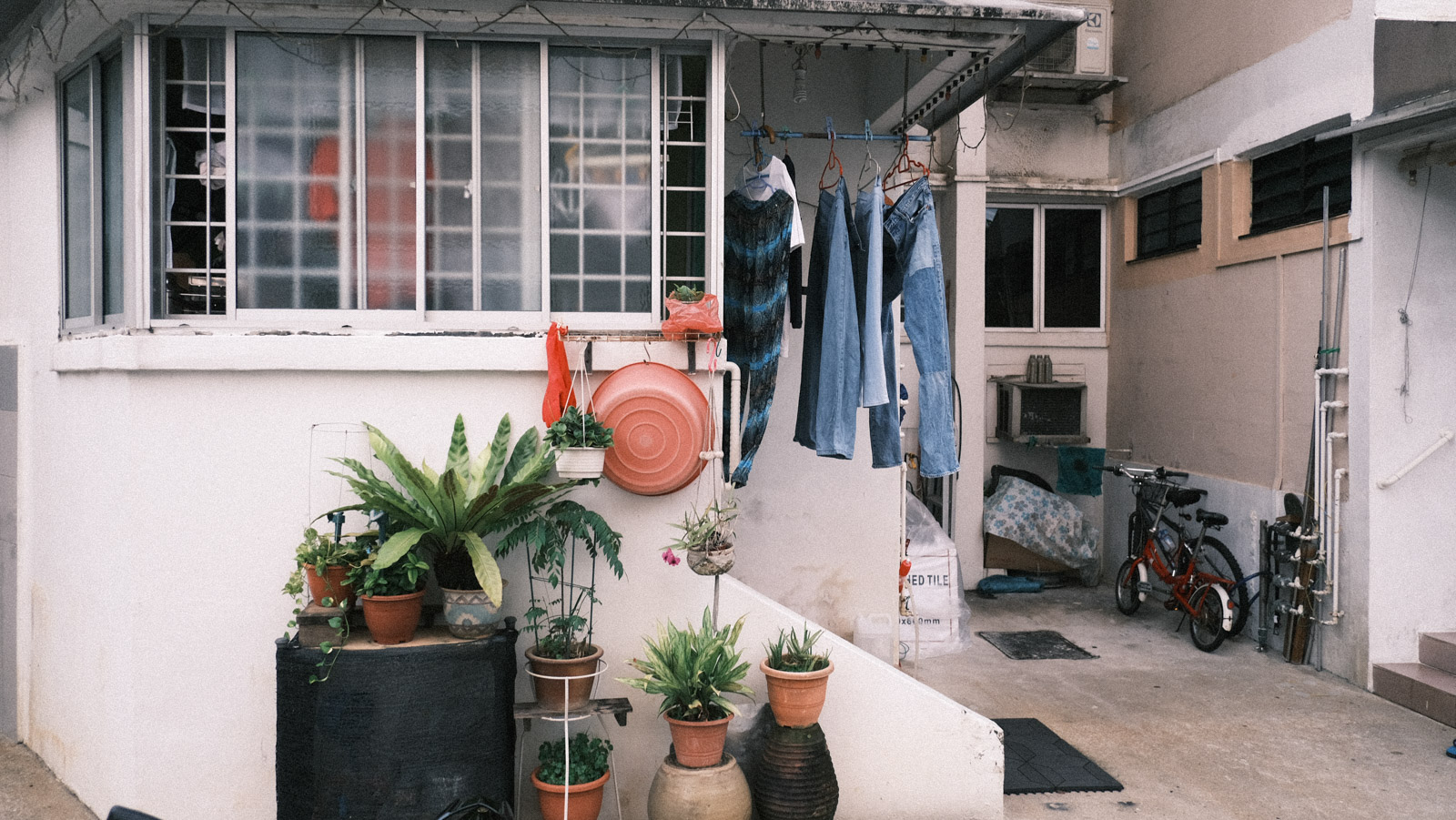 People on the bottom floor of HDB flats have started to really make the outdoor space their own, and it is really cool. 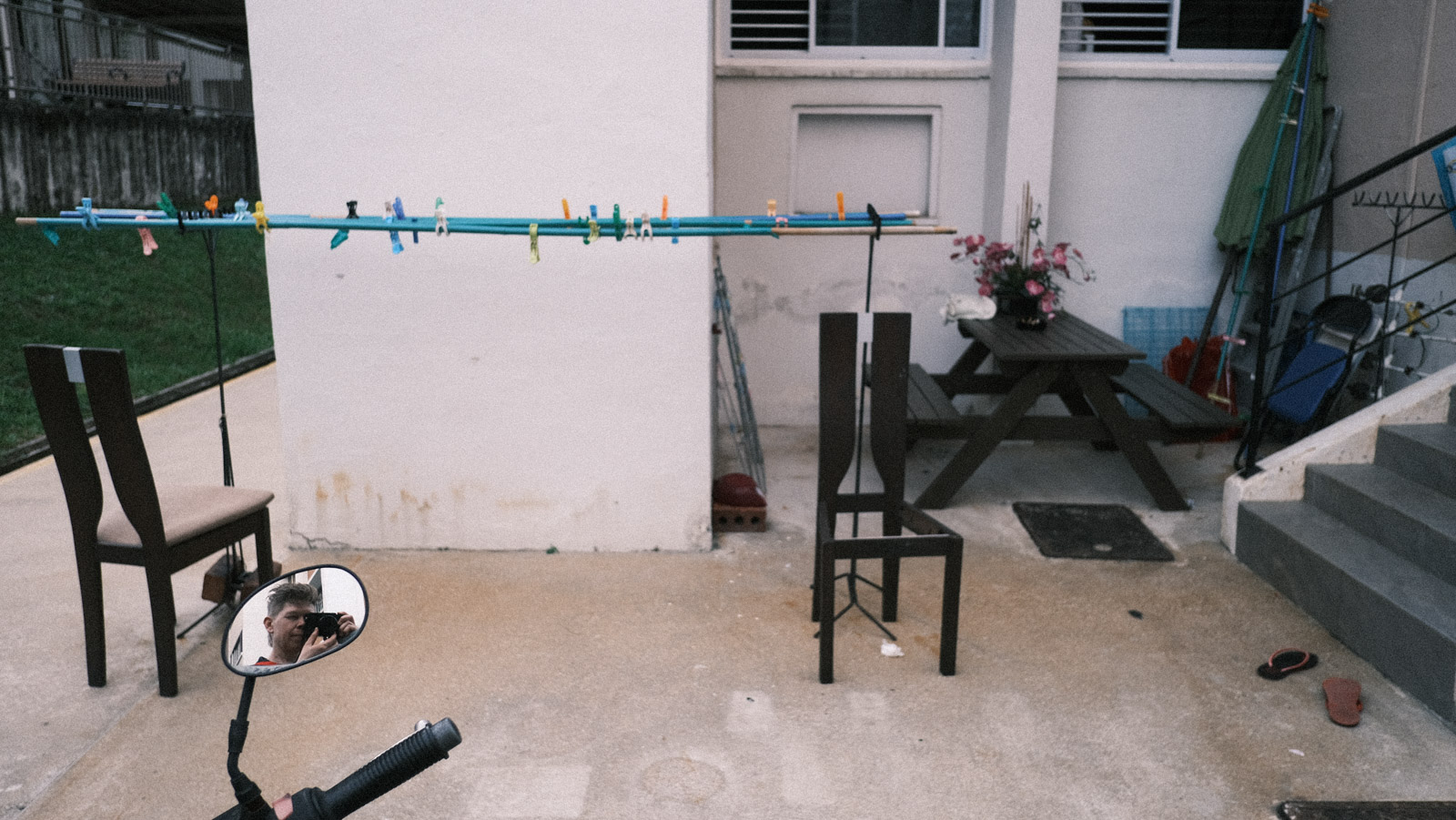 Checkout the motorcycle mirror. Yeah I know. I am an awesome photographer! 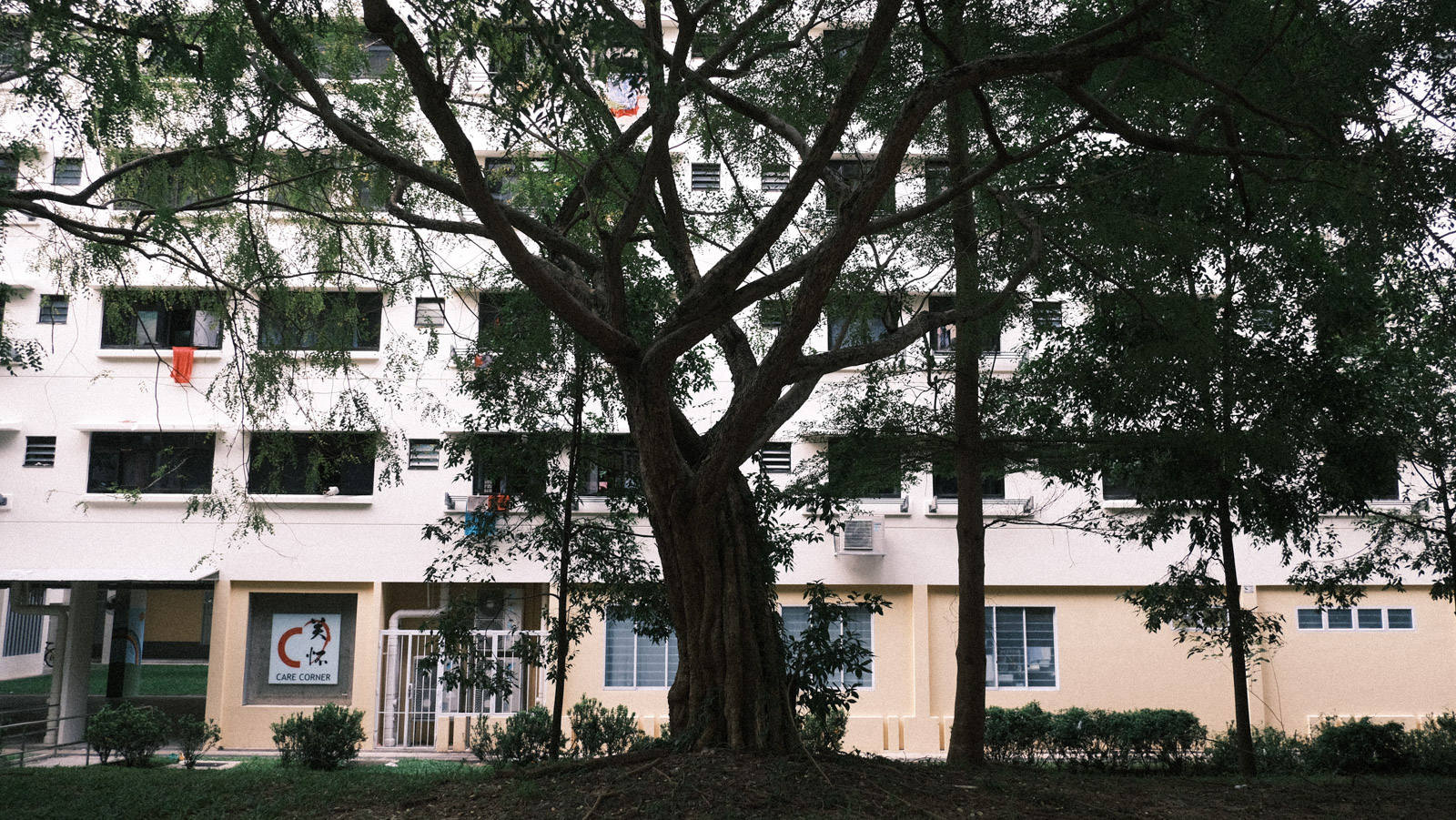 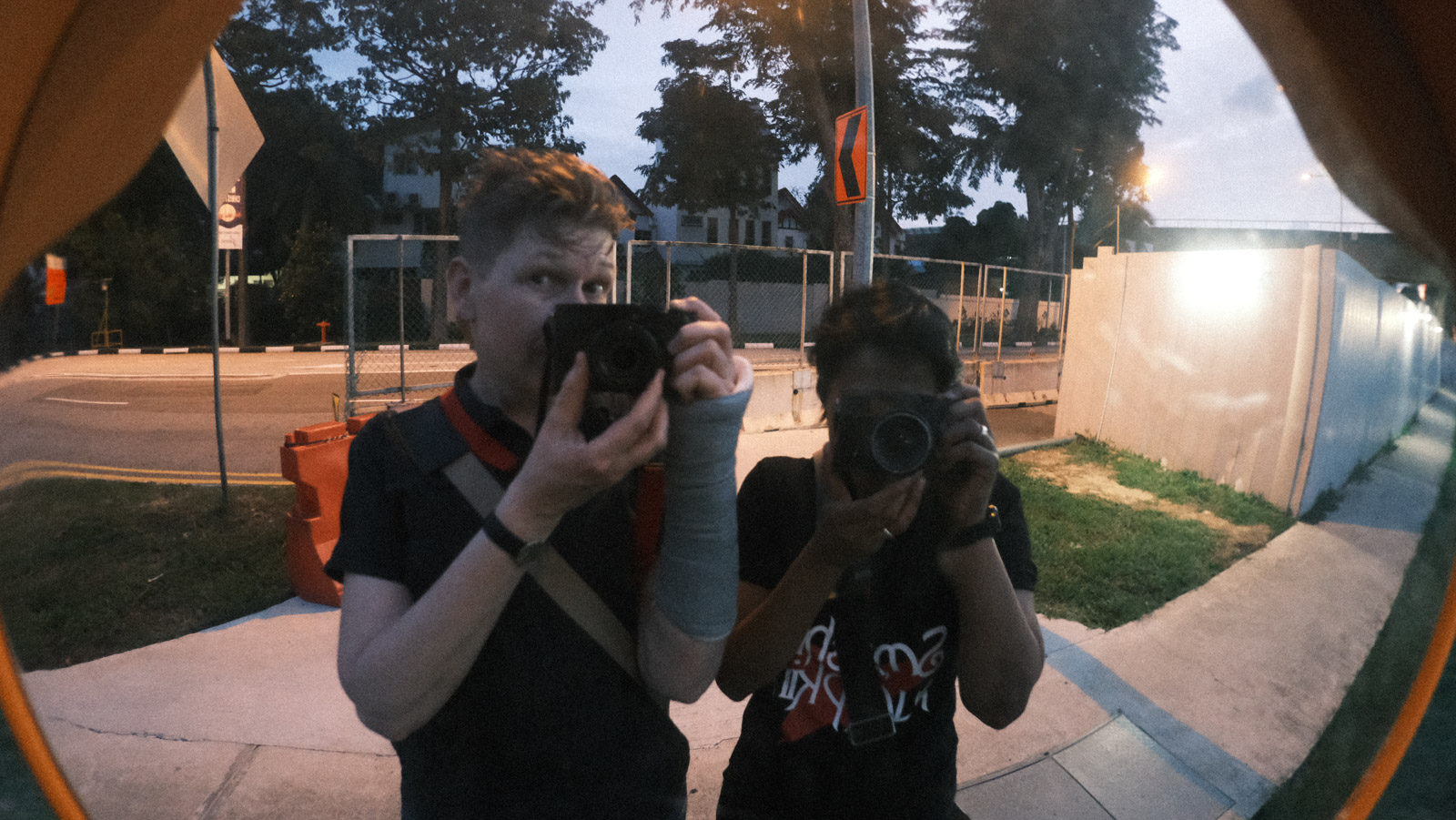 Idiots. Especially the one on the left with a broken arm! Oh and the village idiots found a mirror! 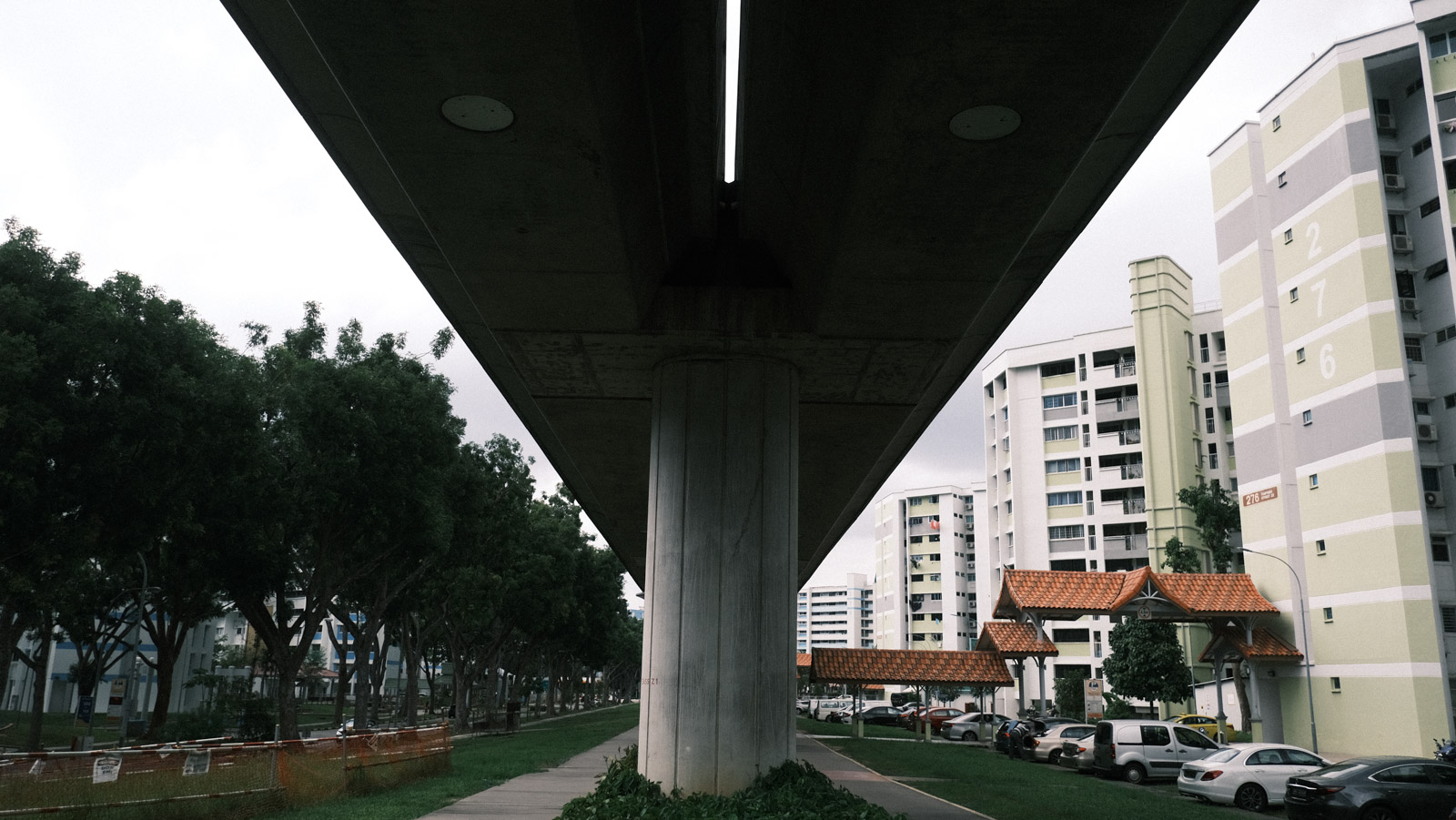 MRT (metro) line runs above ground a lot of places outside of the CBD. 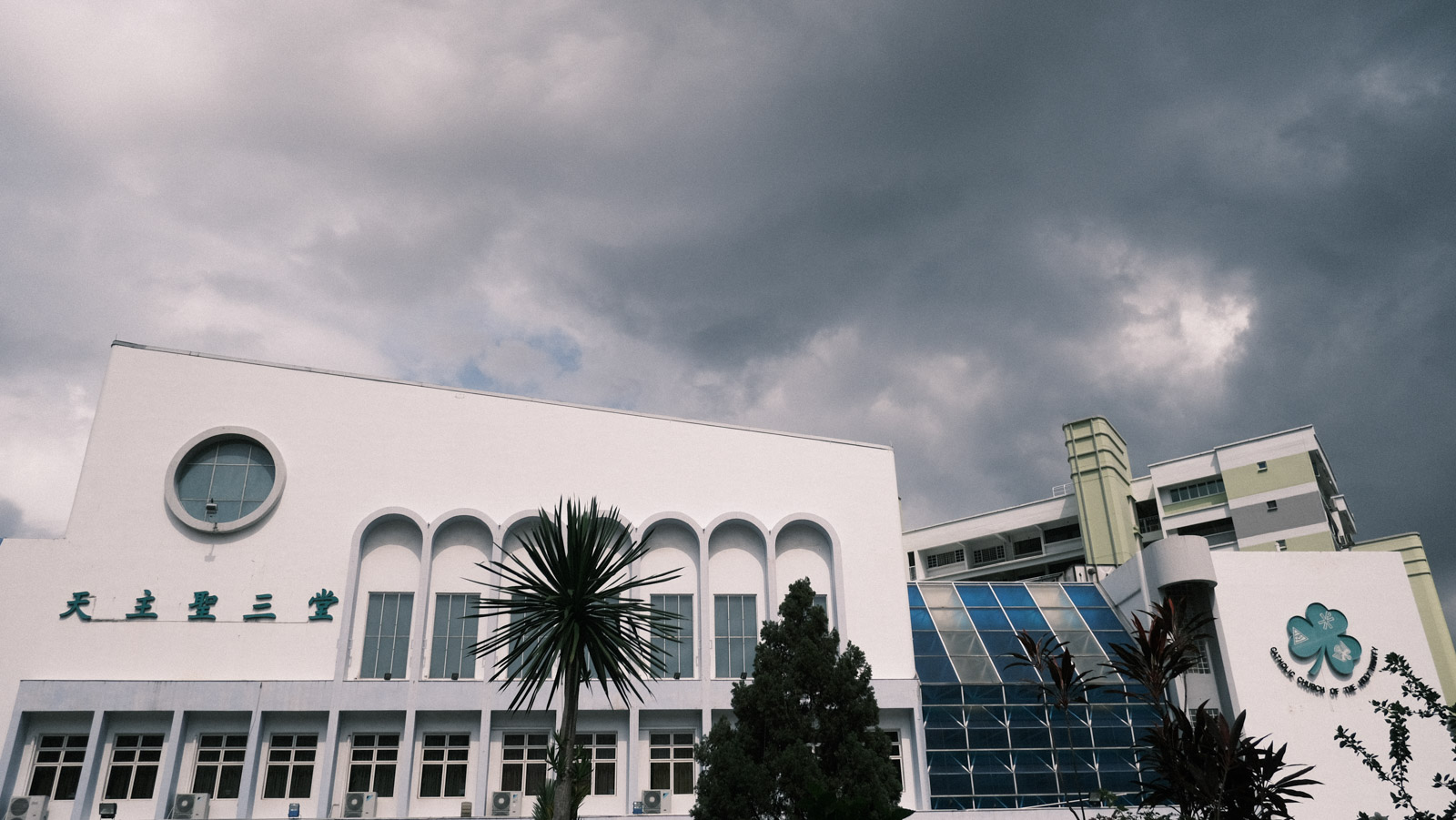 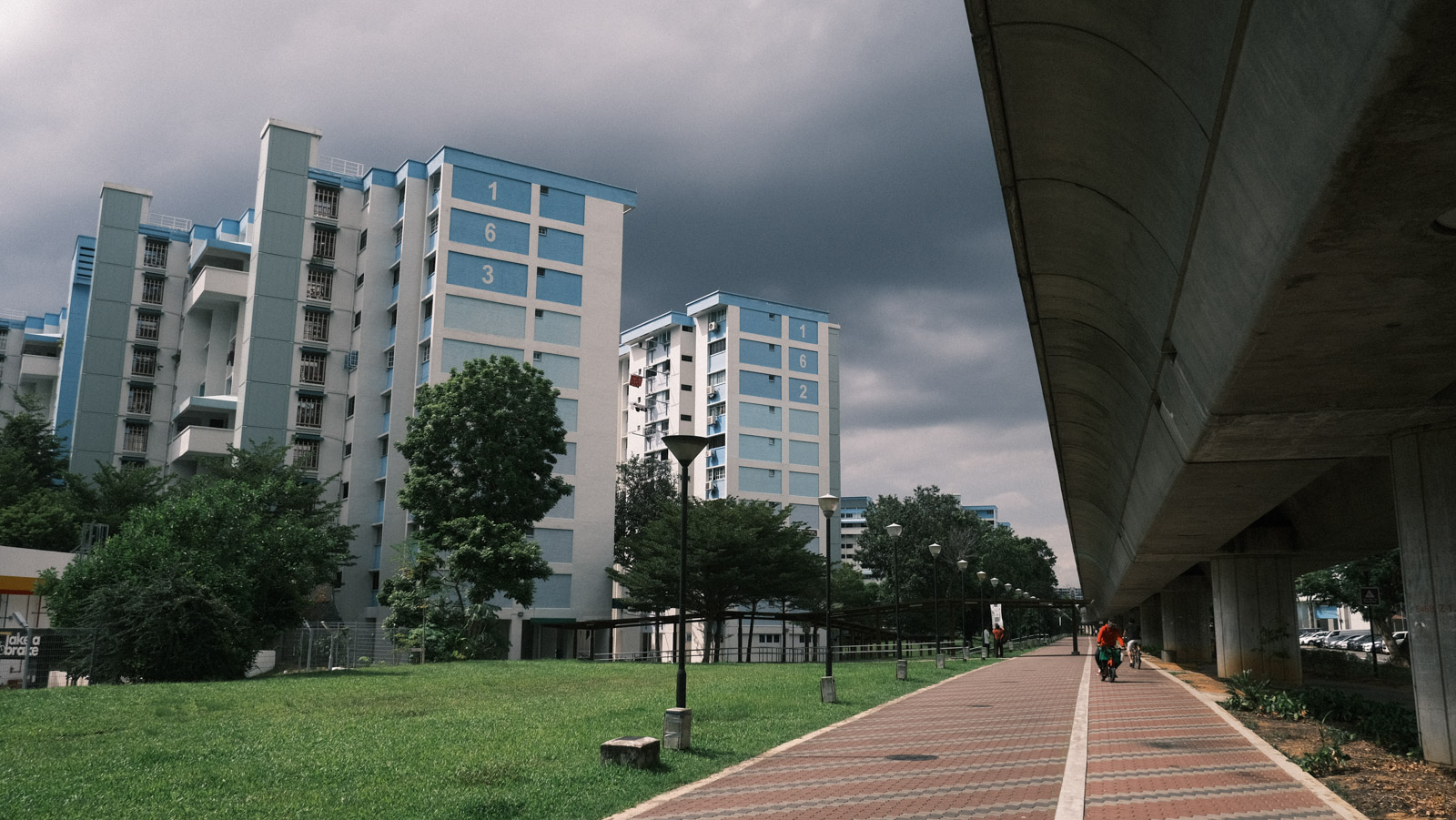 More HDB flats (which very cleverly have the building number painted on them for idiots like me, who gets lost among these very similar buildings!) 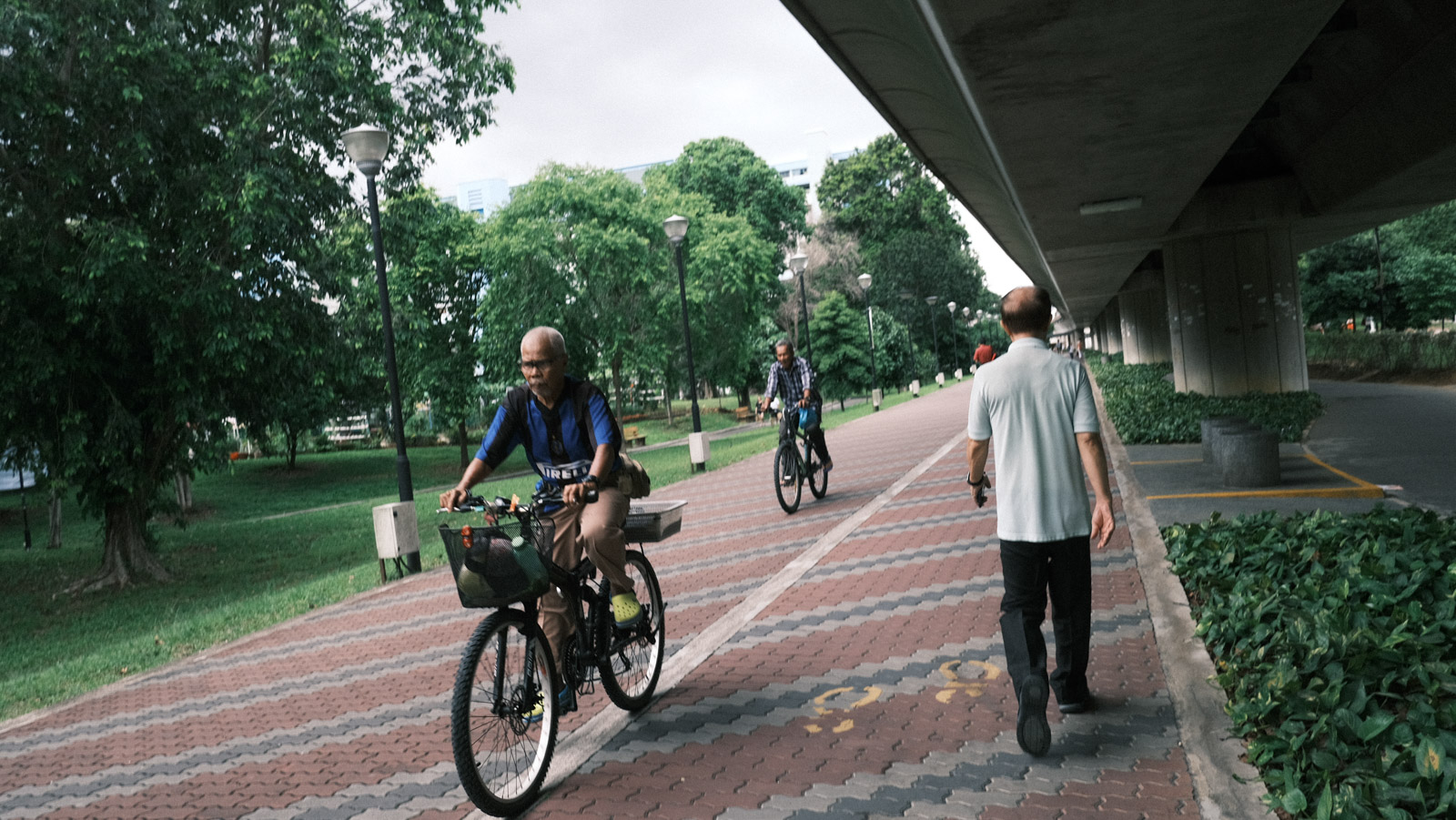 Taking a stroll or a ride on Christmas Day 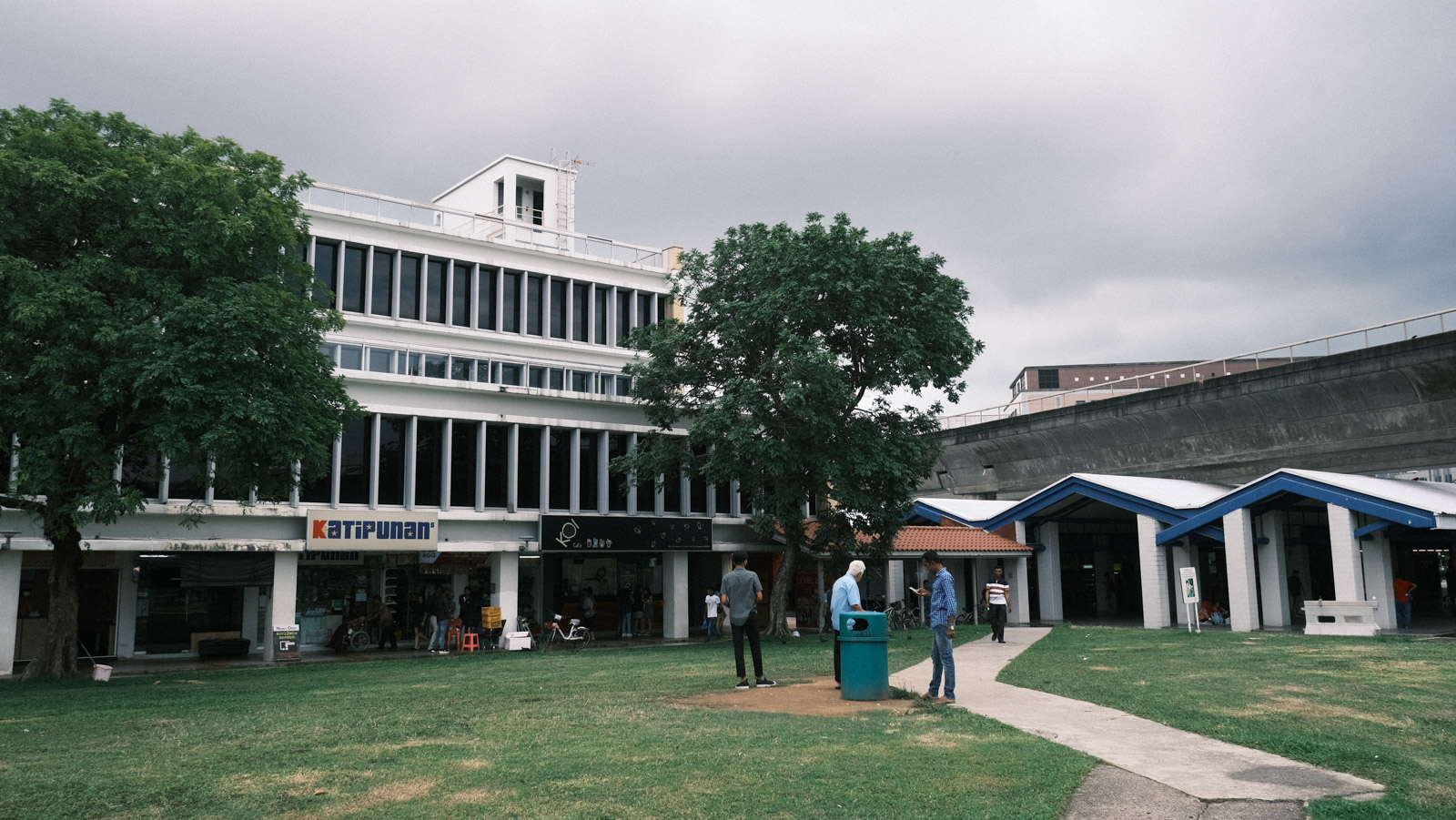 It is really funny, Classic Neg film simulation makes it all look like I took the picture in Singapore in 1970! 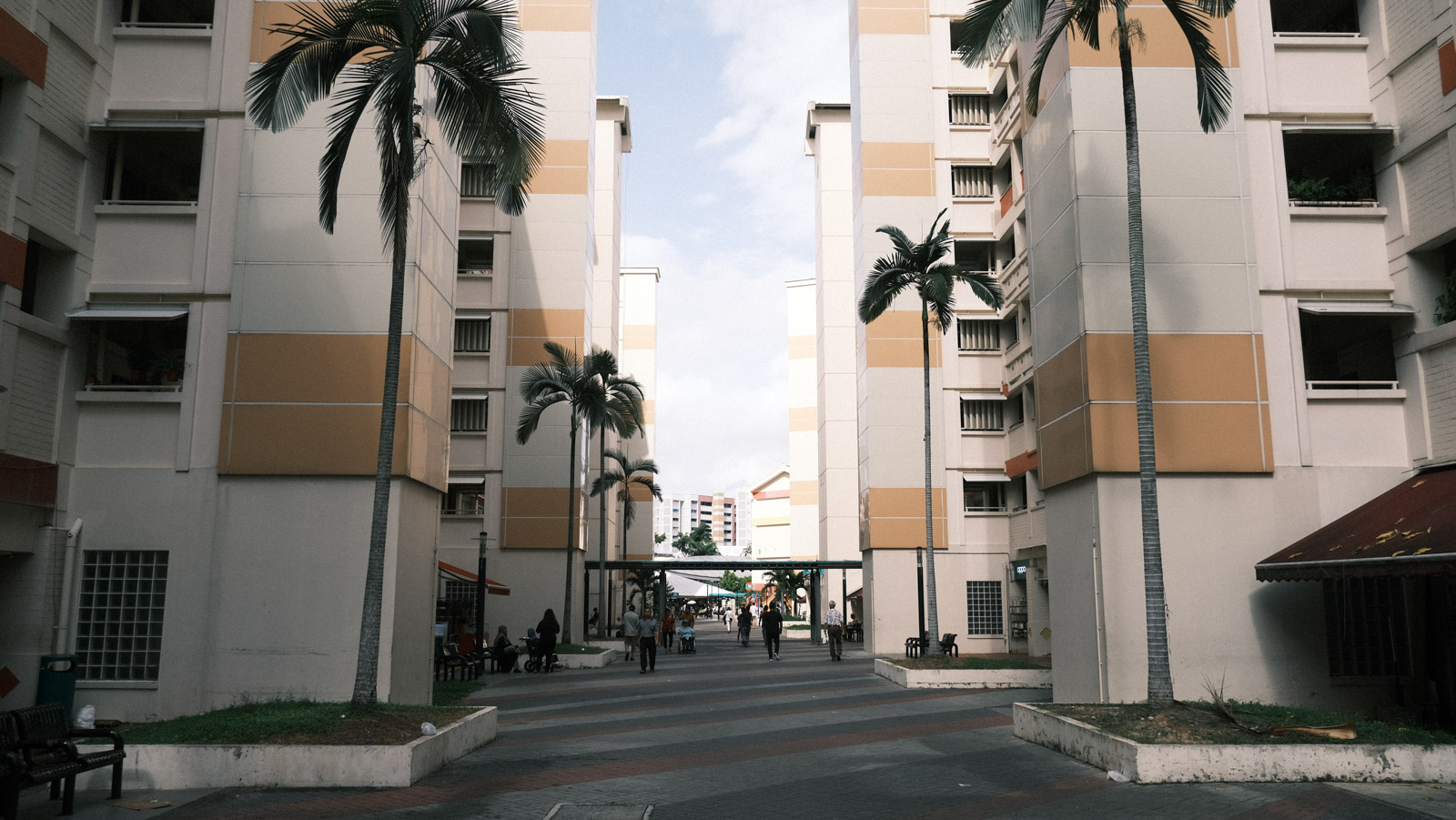 Still out walking on Christmas Day 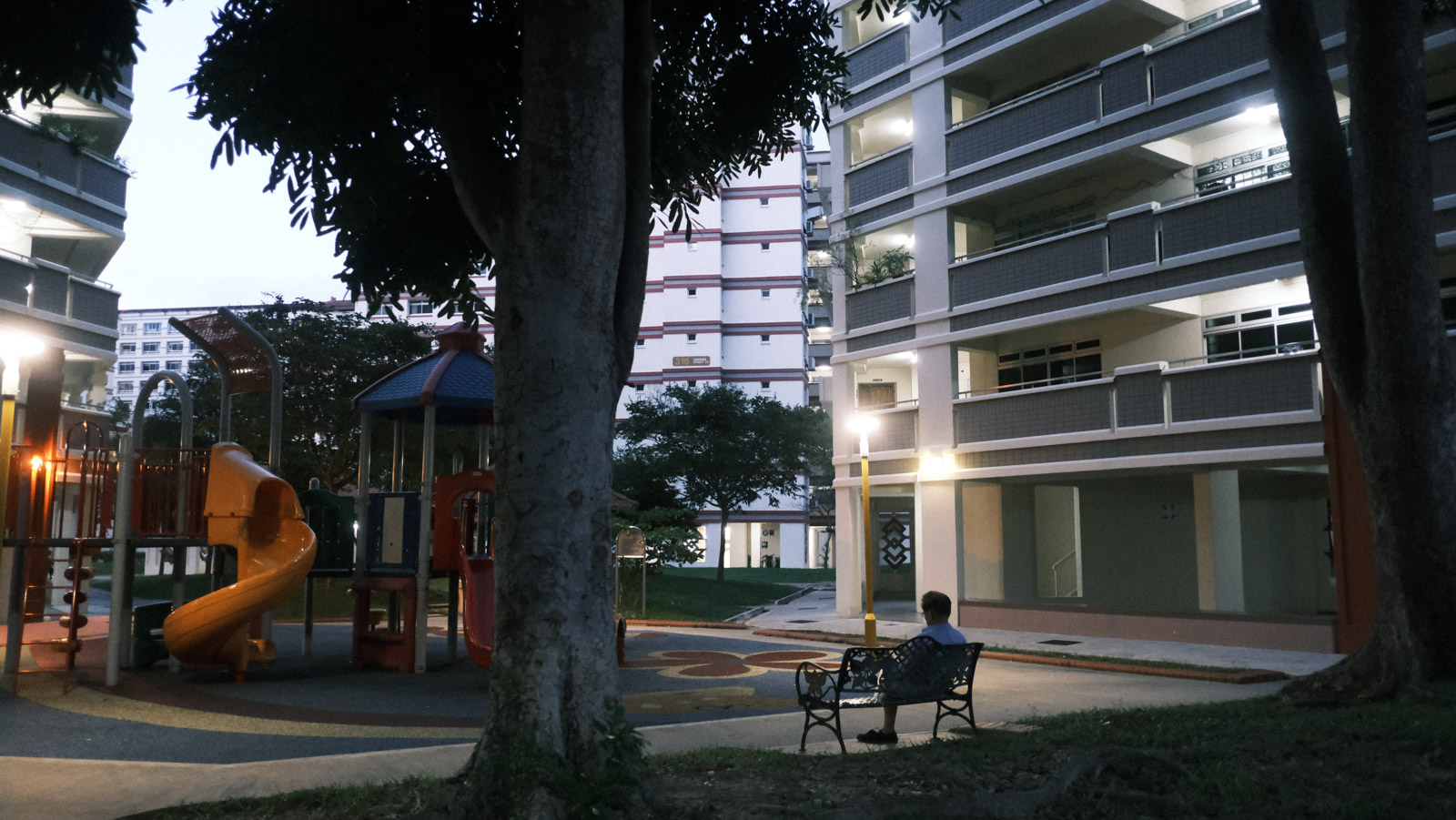 All the HDB flats now have nice playgrounds and exercise areas. 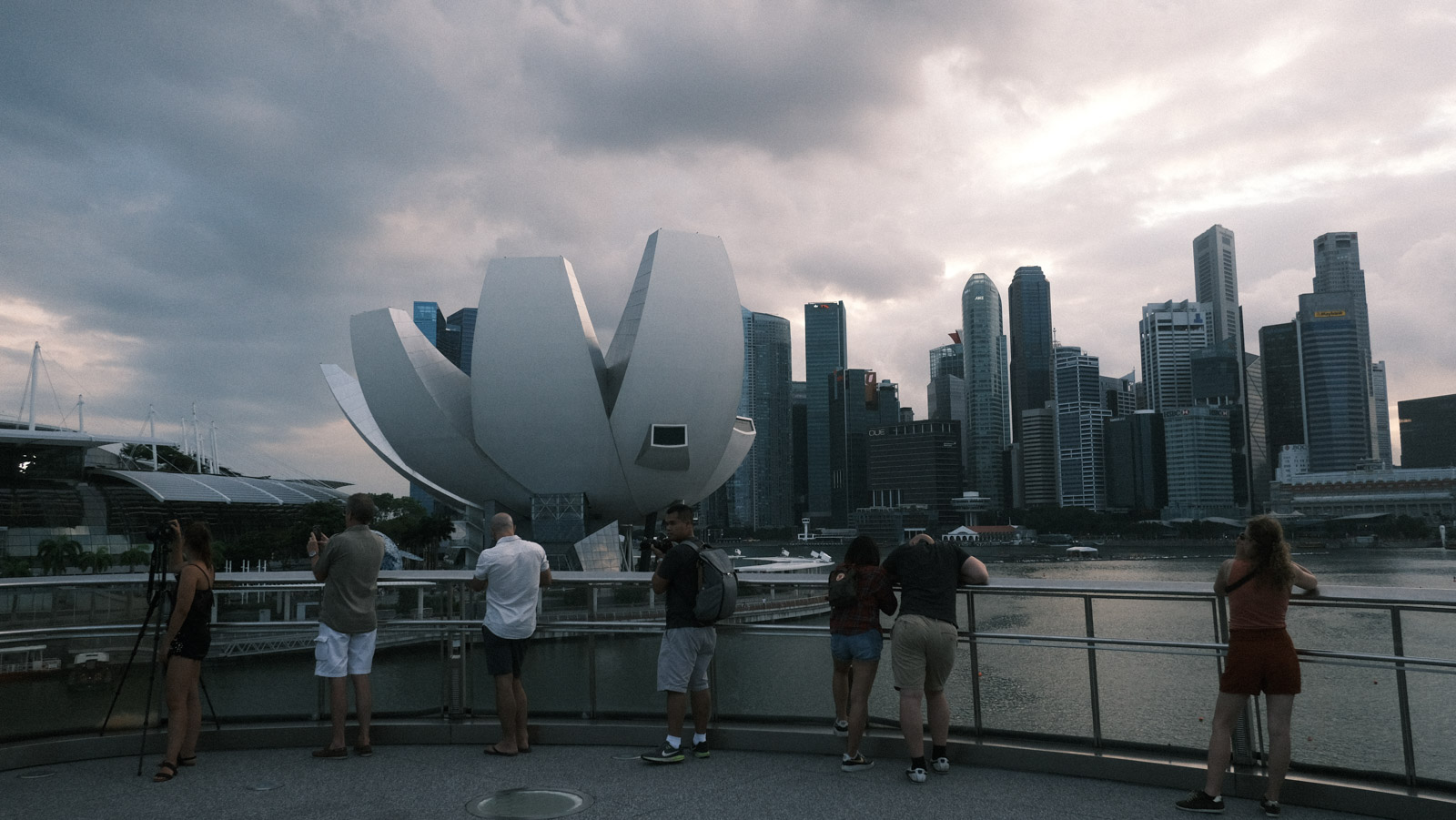 “I do not think it is supposed to be a Baseball glove” – I overheard others saying this. It does resemble one though! The “flower” is the spectacular Singapore ArtScience museum and a lot of banks in the background. 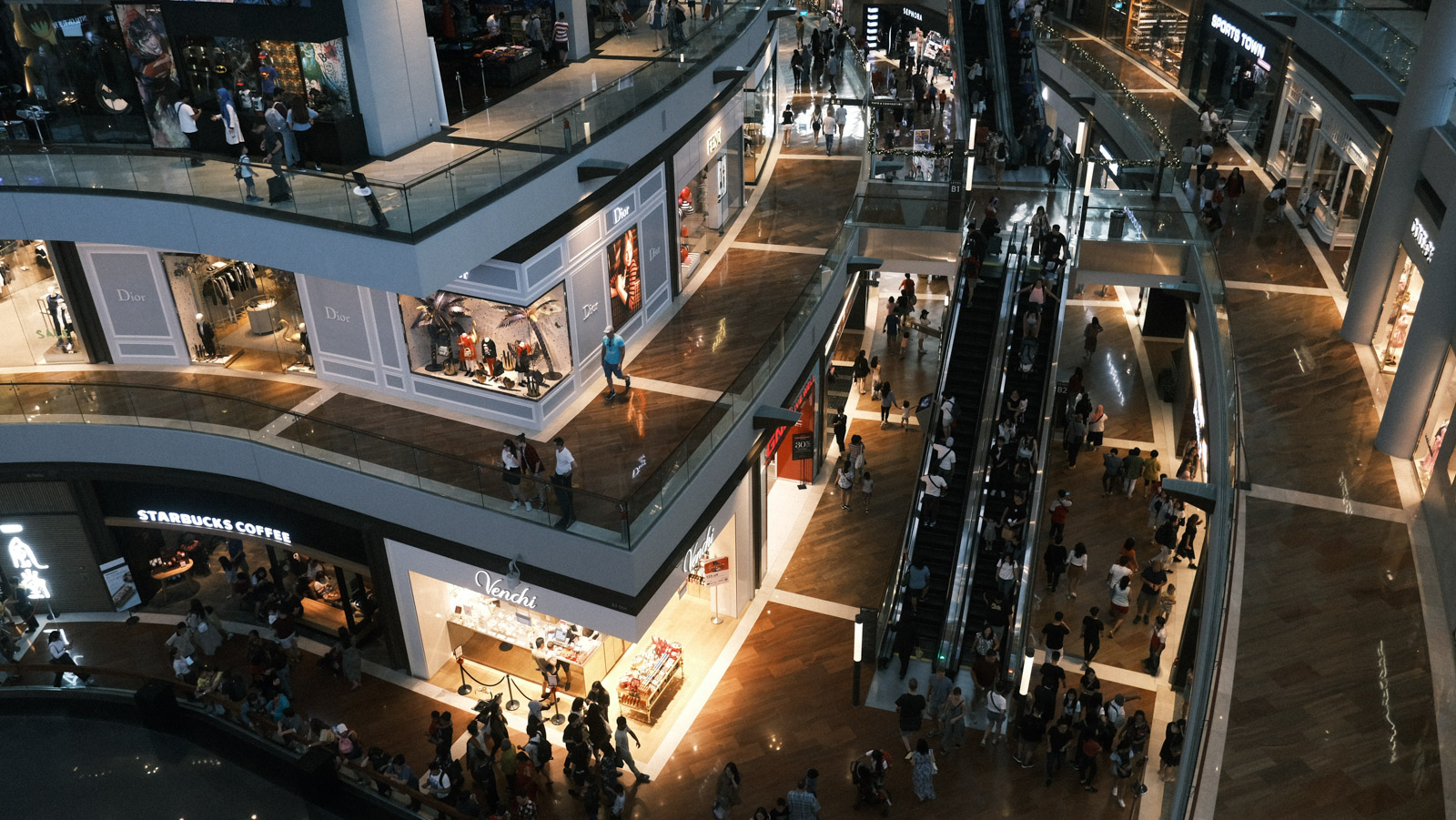 Inside the Marina Bay Sands mall, which is just such a mad building, it still makes no sense how that is possible to build. 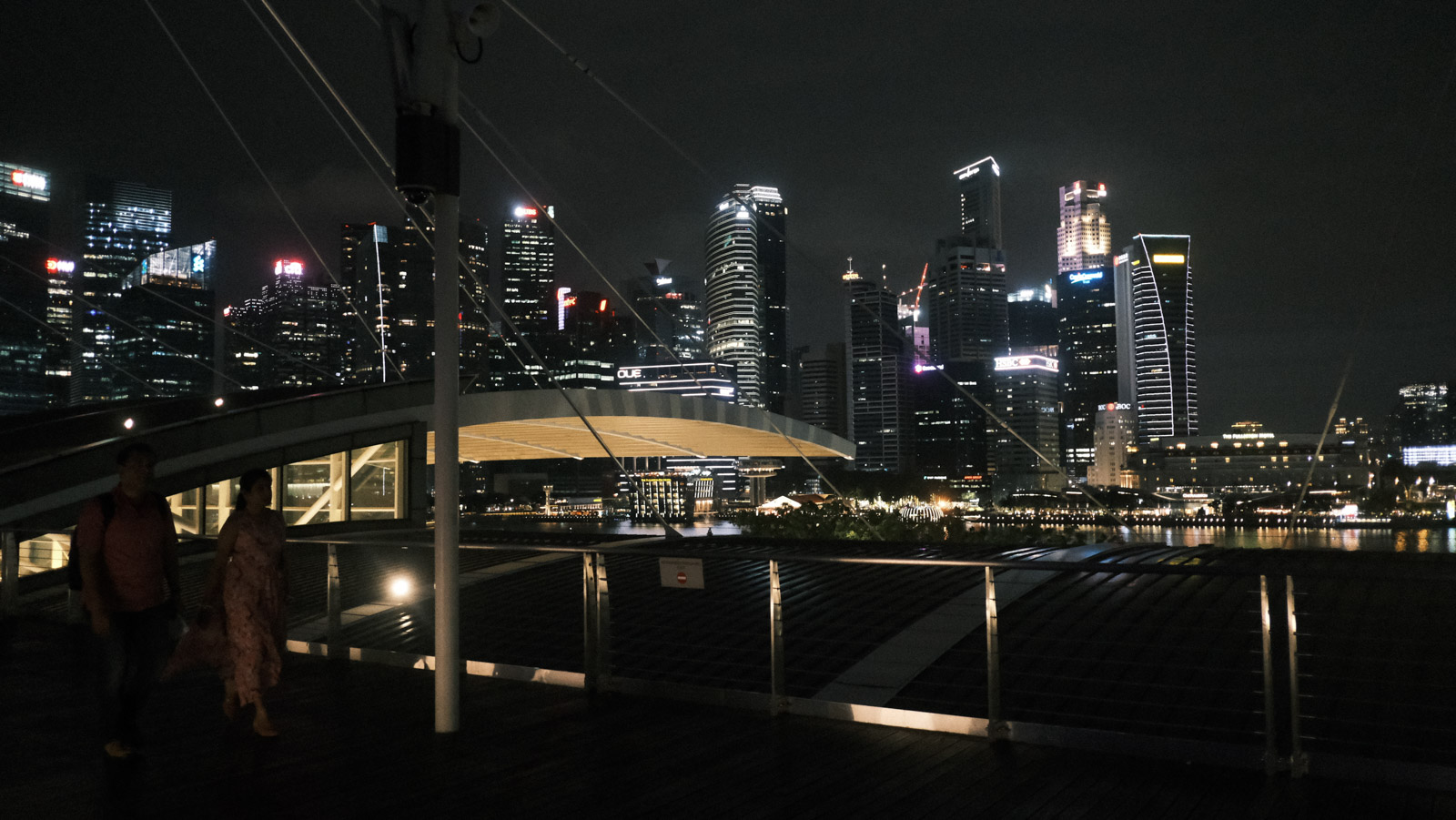 There is this spot on top of the Marina Bay Sands mall where you can just sit and look over the city. It has been a favourite spot of ours for many years. 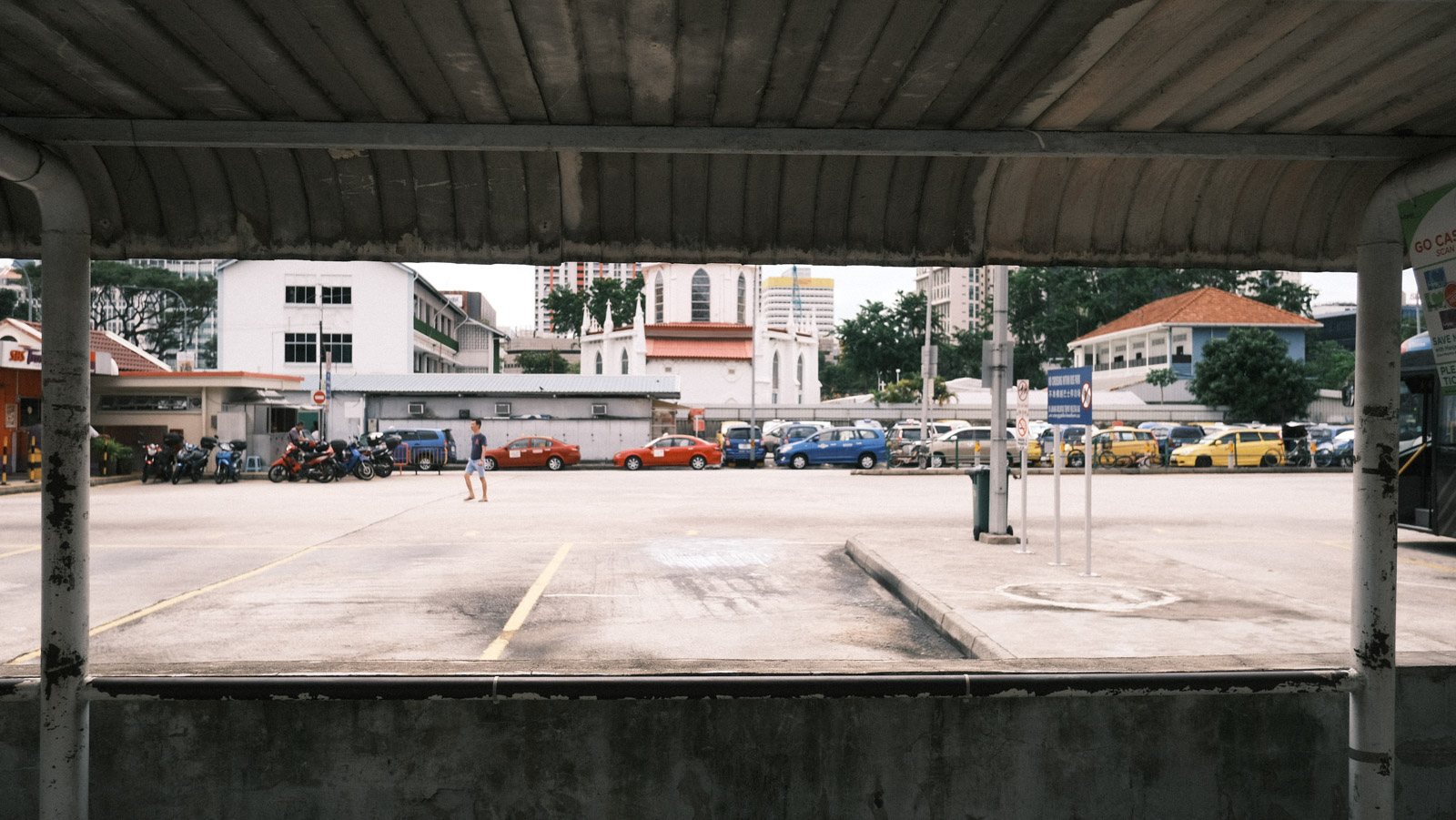 In the middle of the city, a slice of old-skool, old bus station. 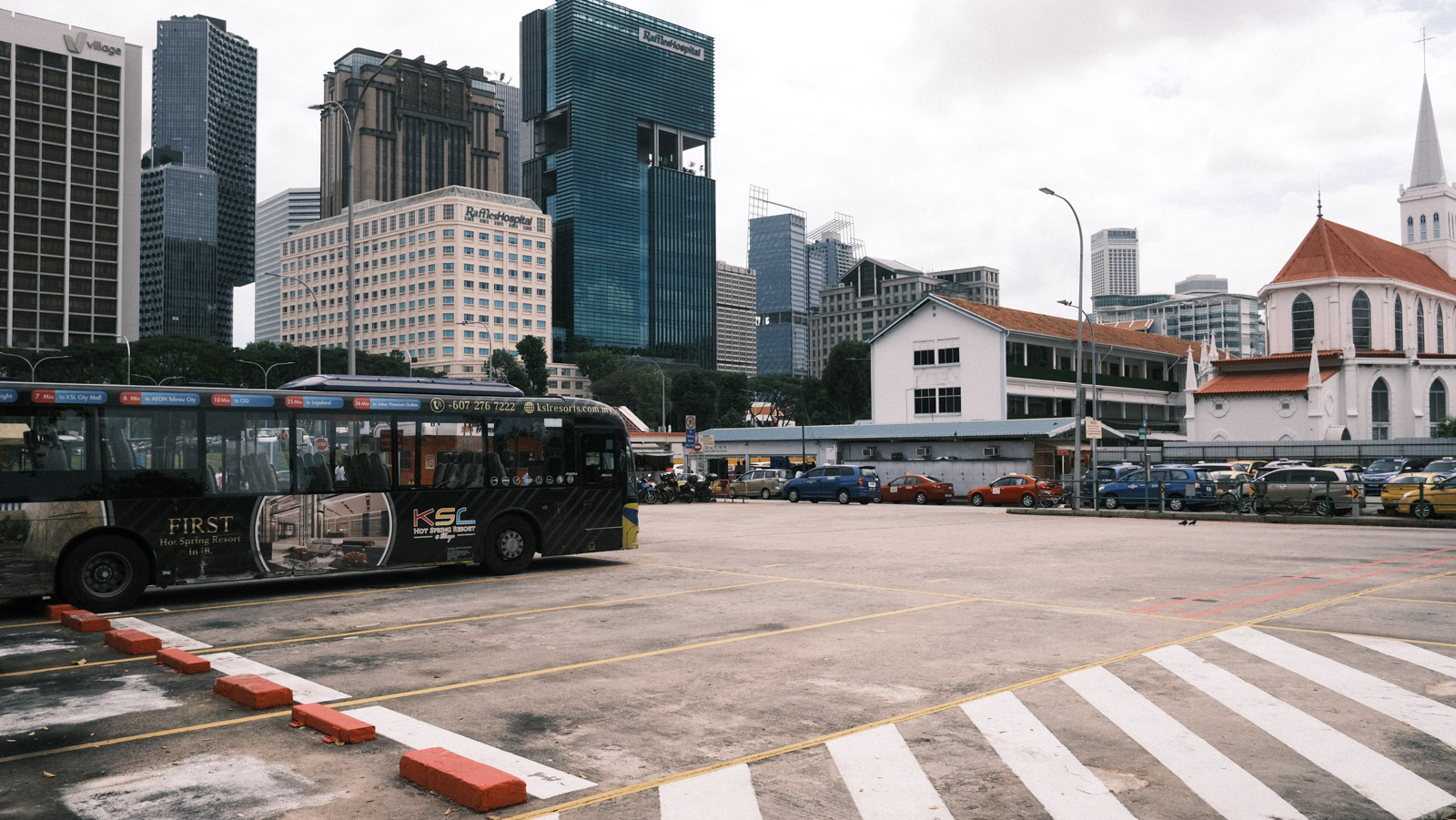 Busses going to various places in Malaysia. Look how old-skool the busstation is and right behind it, are the modern highrises. 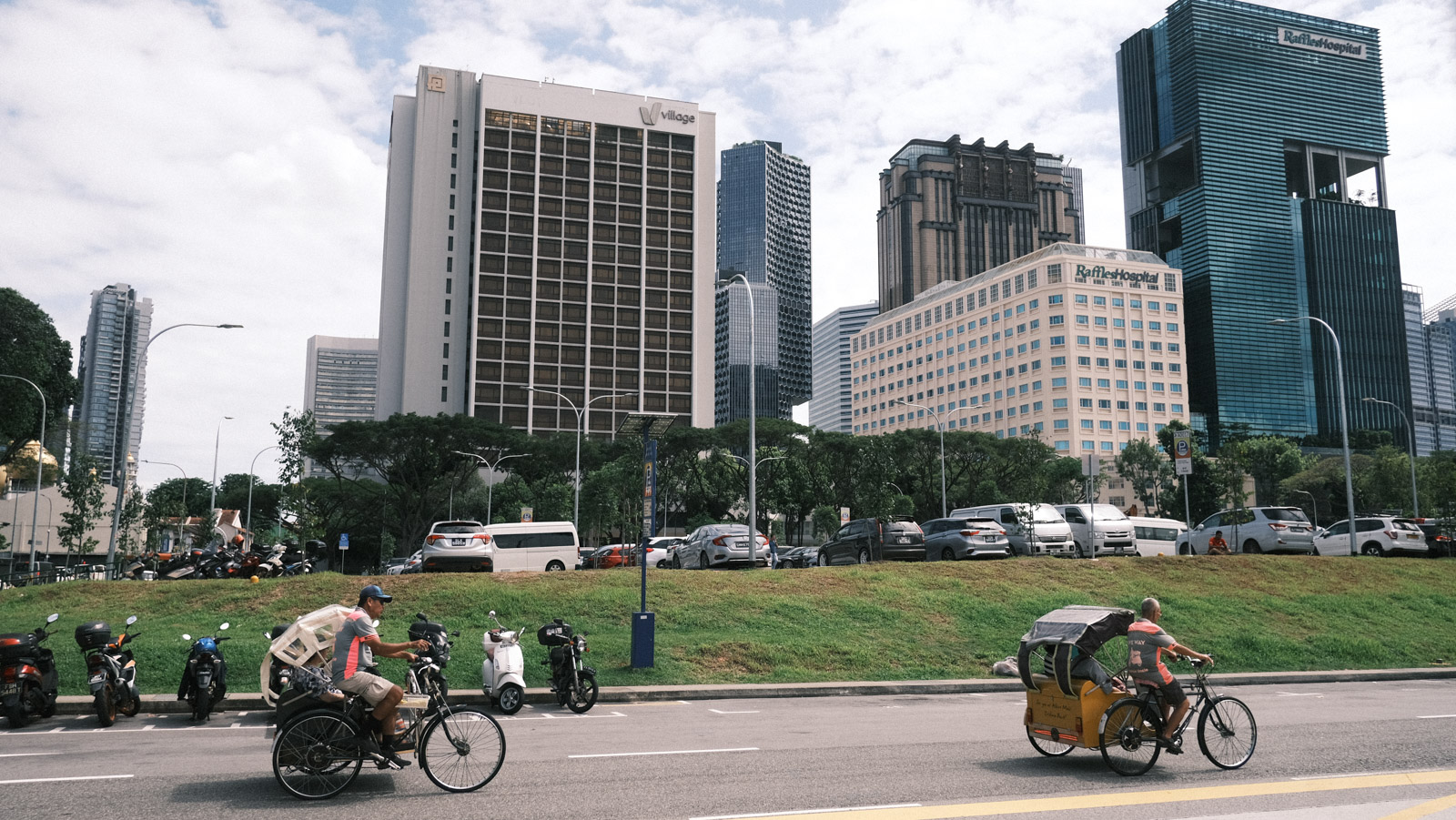 Another slice of old meets new. 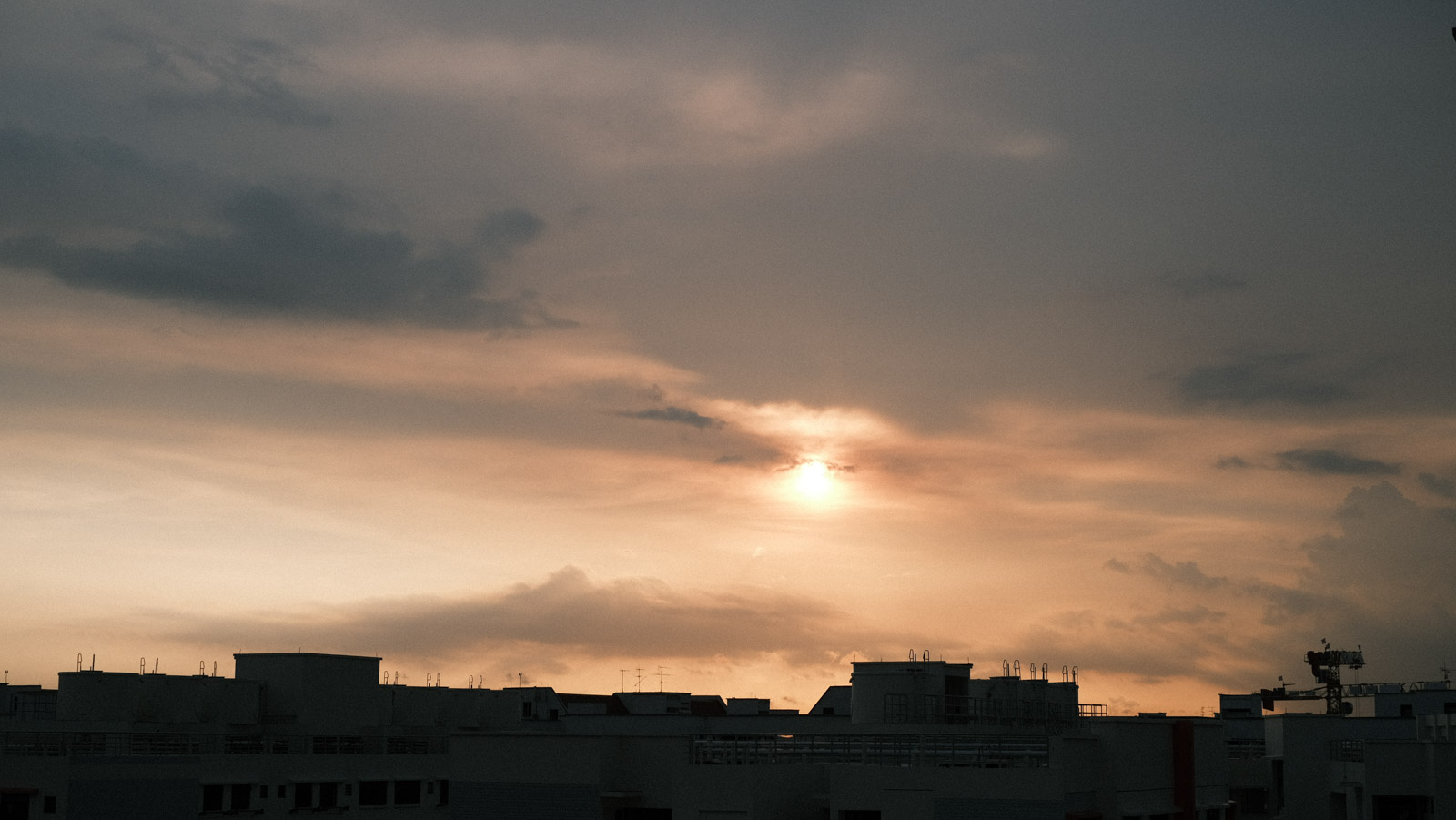 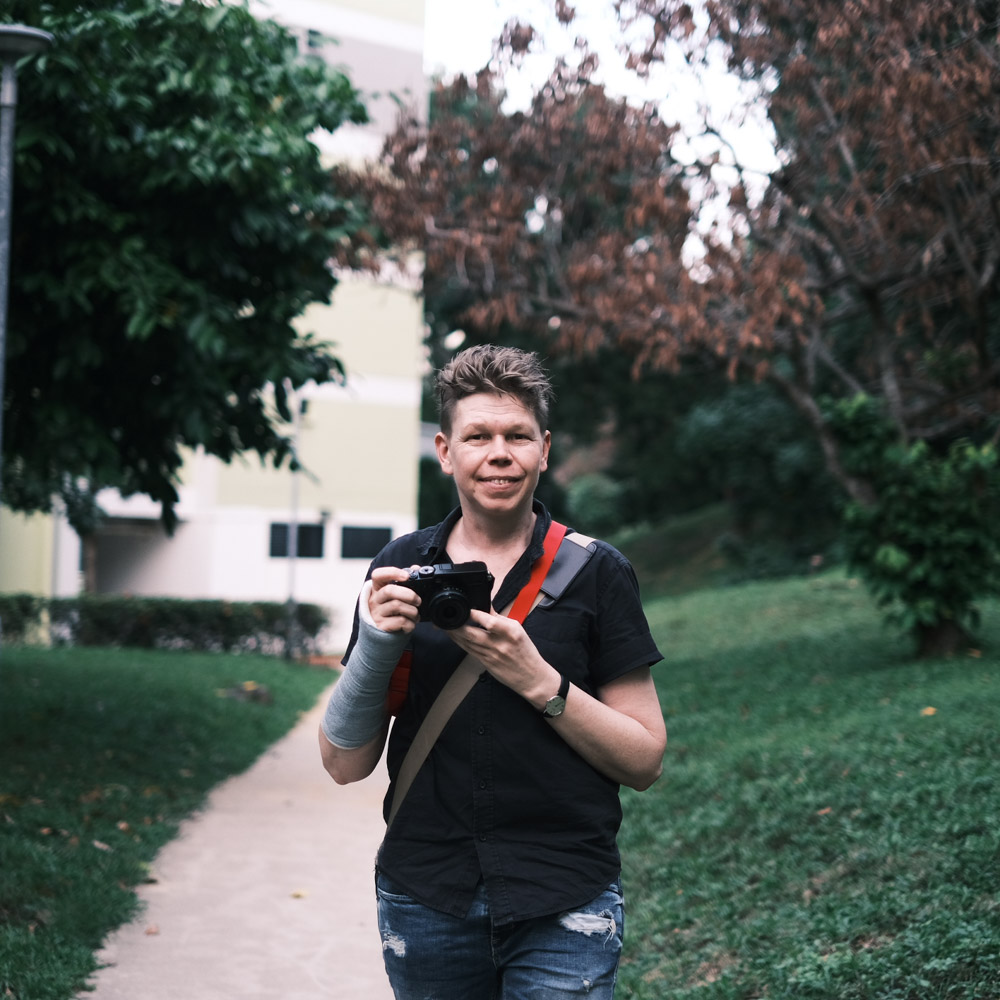