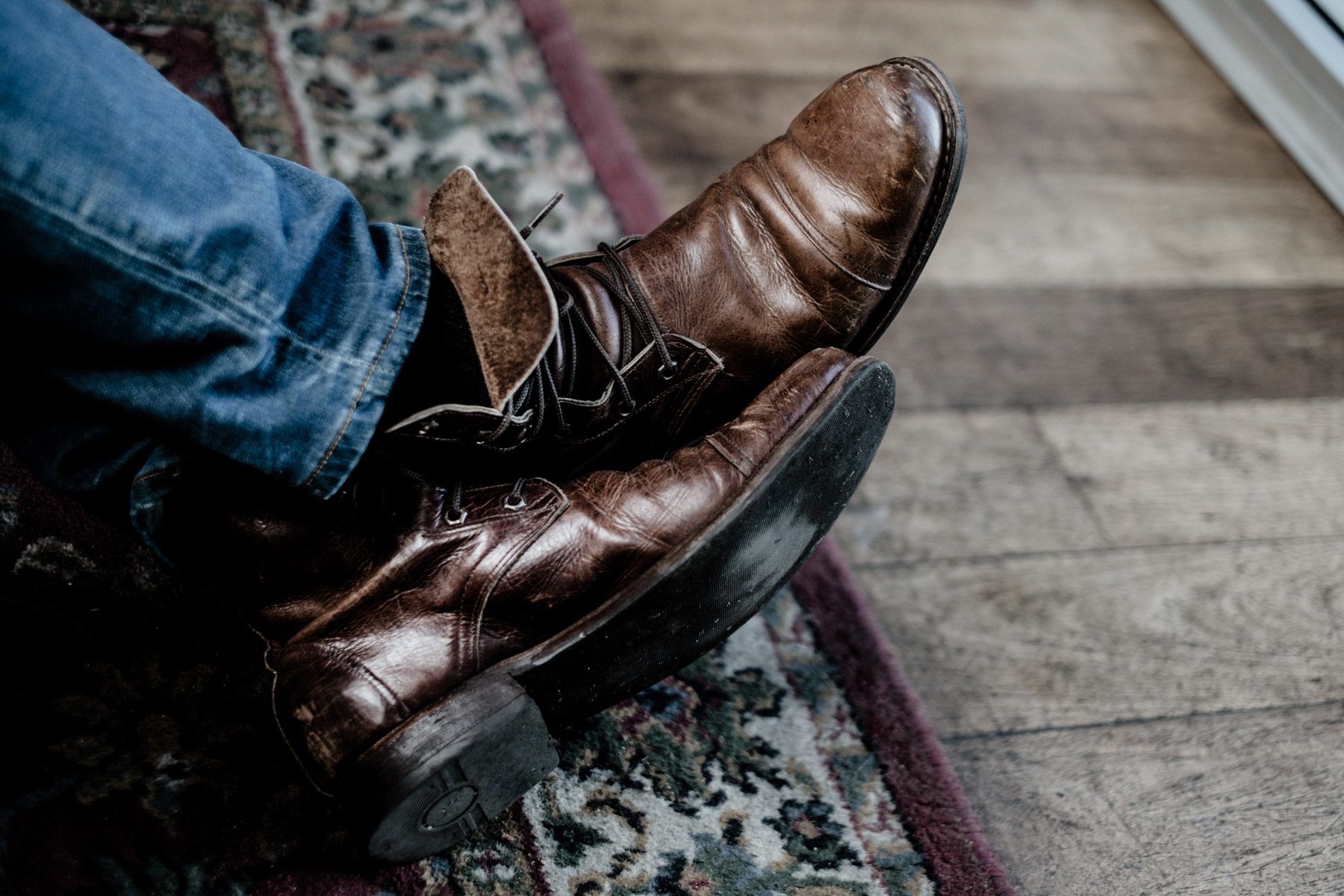 Guatemala, 2013. I am there for about 6 weeks to attend Spanish language school and just to experience Guatemala and make pictures. Check them out here.

If you have met me at any point between early 2013 all the way up to now, there is a very good chance I was wearing my custom handmade boots from Guatemala. Yes, they are leather, handmade, custom fitted to my feet, has leather soles, and are still going strong a whopping 7 years later! I have no idea how I learned of the town of Pastores, Guatemala and how you can get custom leather boots made there. It was probably through Raymond, they awesome guy also staying at the same bed n breakfast as me, in Antigua, Guatemala.

Think of this sum: 65 US dollars. That is what I paid at the time in 2013. Think about that. 65 US dollars is about 60 Euro or less than 500 Danish kroner. Custom handmade boots of the highest quality with actual leather soles (usually cost a fortune). I bought some Winter boots in late 2018 for 1.000 Danish kroner (144 USD) in a shoe shop here in Copenhagen, and the damn things of course have rubber soles and complete fell apart in 1 year. I had them repaired in late 2019, used them during this Winter and they broke again a few weeks ago. Piece of shit factory made crap! In contrast: We are now 7 – SEVEN – years after I had these leather boots made in 2013 in Pastores, Guatemala and I AM STILL USING THEM. This is proper, handcrafted, handmade boots of extremely high quality. For 65 USD. They should cost 5 x as much.

You have NO idea how mad good it is to have leather boots custom fitted to your feet until you have them. Every other piece of footwear is just crap. Imagine a boot that just perfectly fits both your feet and every single bone etc in your feet. No blisters, no nothing, put them on, first day, walk 15km and your feet will cry out “finally!!!!!”. Finally, something that fits my feet. And I have large and weird feet. Everything else fucking hurts for a month. Carlos, I am coming back!

At the time I certainly had no idea how MAD awesome it would be to have custom handmade leather boots with leather soles made. Or I would have had Carlos make me 5 pairs. I have not been back to Guatemala since 2013. I really, really, really need to go and have a holiday in Antigua, Guatemala and take the bus to Pastores, find Carlos, thank him and order 5 new pairs. In the mean time….

Here is the story of how my custom made boots from Pastores, Guatemala came to be

March, 2013. Raymond and I get on the bus with Travis, the guy from Texas. We are heading for Pastores, the small town that has a massive collection of bootmakers. Travis is going to pick up boots he has already ordered, and order some more. Raymond and I are coming along to check it out and order our own boots. I have already drawn a sketch of the boots I want made. They are inspired by the boots Matt Smith is wearing as Doctor Who.

We arrive in Pastores and wander down the main road which is nothing but bootmakers, every single shop. We check out a few others just to get a feel for the products, but end up down at Carlos where Travis is picking up his canoe-sized boots.

Carlos is a riot. Crazy-Carlos. He is a small and completely over the top cartoon version of a man, and so much fun. He also by far has the most diverse collection of boots on display, including models with laces. I need laces. We probably spend a few hours here, looking at his display models, talking about boots, laughing about Travis feet being so insanely huge Carlos had to use a double-spread in his order book to draw the outline! I make pictures. I order boots! I am so excited.

One week later we repeat the journey to pickup our brand new custom fitted handmade custom designed leather boots. Carlos is at a bar watching a football game so his 10 year old son is operating the business! He finalises our boots, takes the final down payment and we take the bus home. We have custom boots! And I still have them!

I so regret doing this trip at the end of my journey. Had I done it at the beginning, I would have walked around Antigua in my boots and discovered just how AMAZING they are and went back to Carlos and ordered 5 more copies in different colours. They are not necessarily the prettiest boots I have owned. They have a certain homemade clunky look to them. BUT they are by far the greatest, the most awesome EVER. I need need need need 5 new pairs to last me a lifetime.

In the past 7 years, you simply will not believe the amount of walking and action these boots have seen. I have done long long treks in Arches National Park, skated on ice and snow in Santa Fe, New Mexico and in the Grand Canyon, I have worn them to festivals and concerts, on stages with The Minds of 99, walking on the beach, during winter, during Summer, in countries such as Denmark, Singapore, USA, Serbia, Australia, New Zealand, Germany and the list goes on.

I am writing this, just as I cleaned and polished the boots again. They are still in use, 7 years later, almost every day. I have had them re-soled about 4 times during the 7 years and they are finally showing signs of coming apart as the actual stitching itself is starting to come apart. I am devastated. These boots are now me, part of me. I need new pairs, I must go back when it is possible again, I just must.

Here, is the visual story from 2013, A tribute to my custom boots: 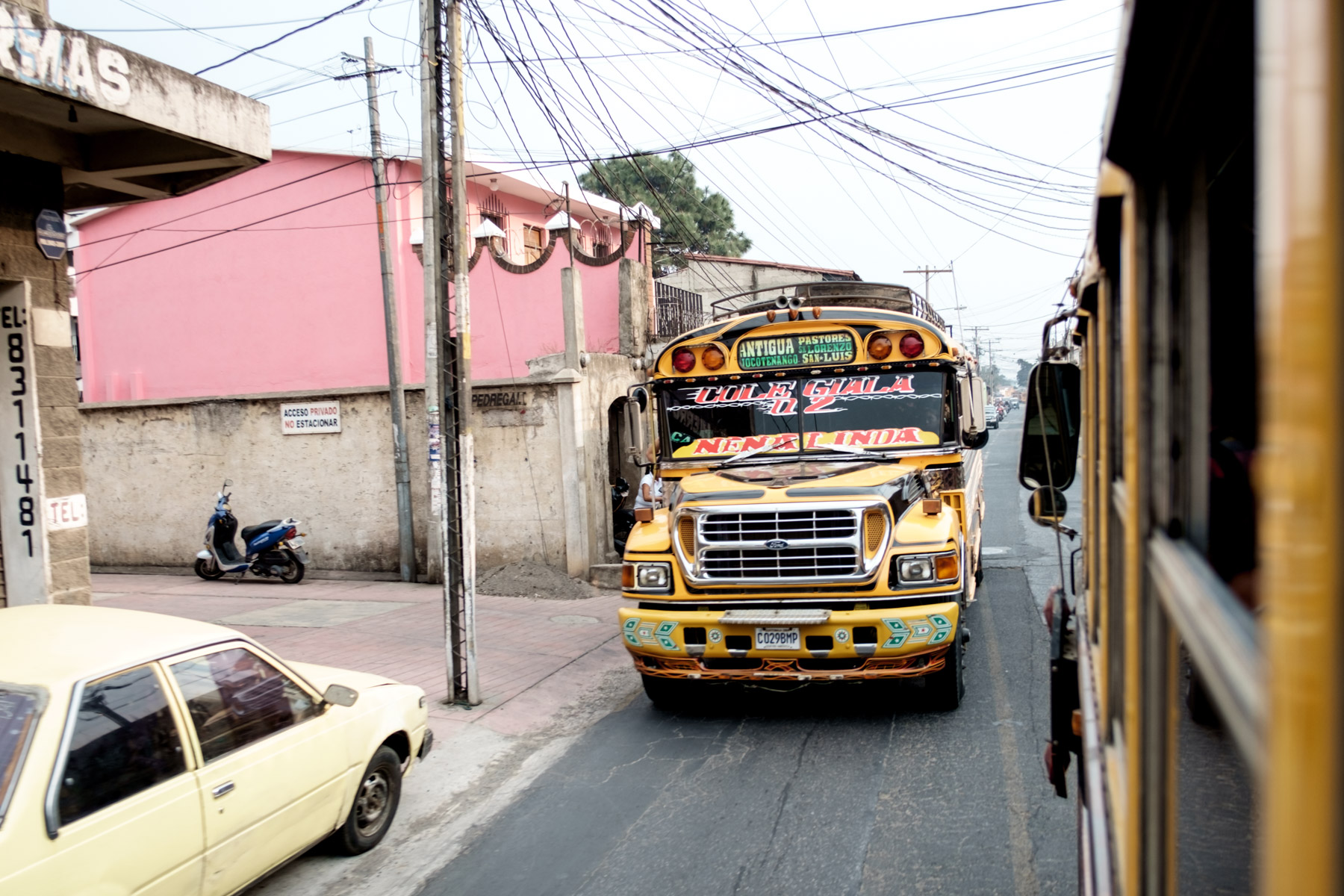 On the bus, going to Pastores. All the busses in and around Antigua, Guatemala, are these old American school busses that have been imported, painted and now serve as incredibly loud public transport (something about they remove the limiter, these things go fast and LOUD!) 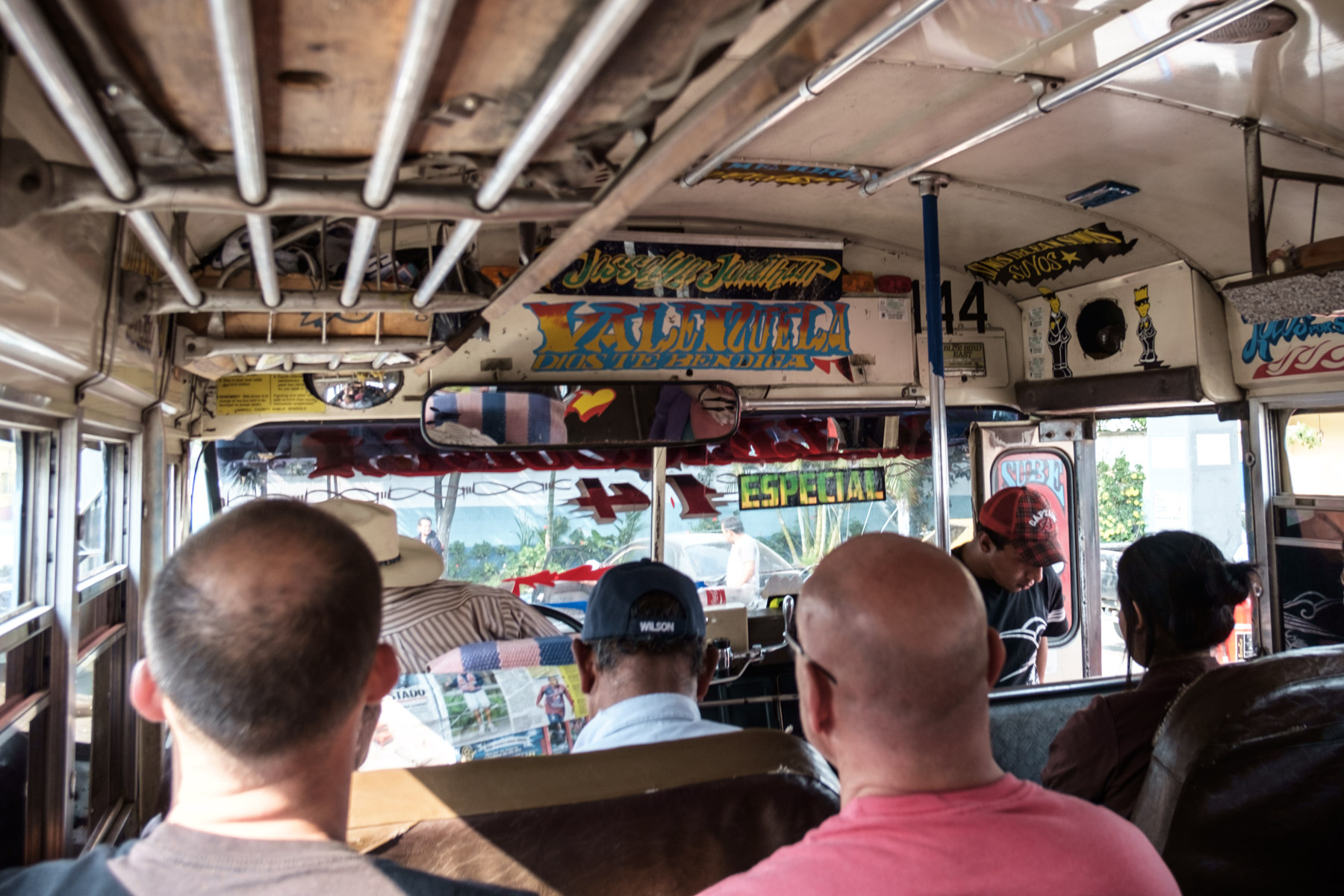 Inside the bus with my buddies Raymond and Travis (in front of me). These are American school busses so the seats are really small and cramped for adults! 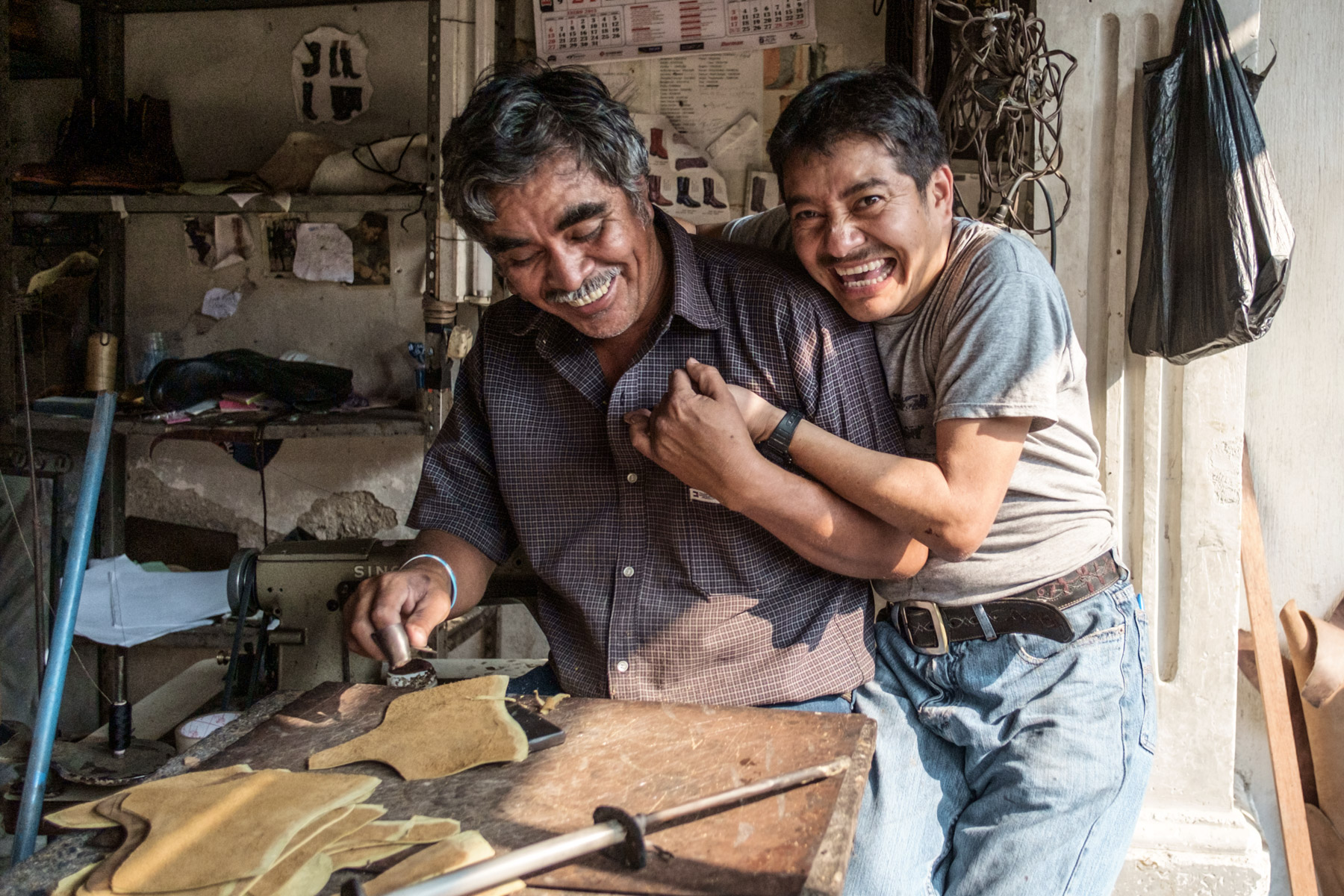 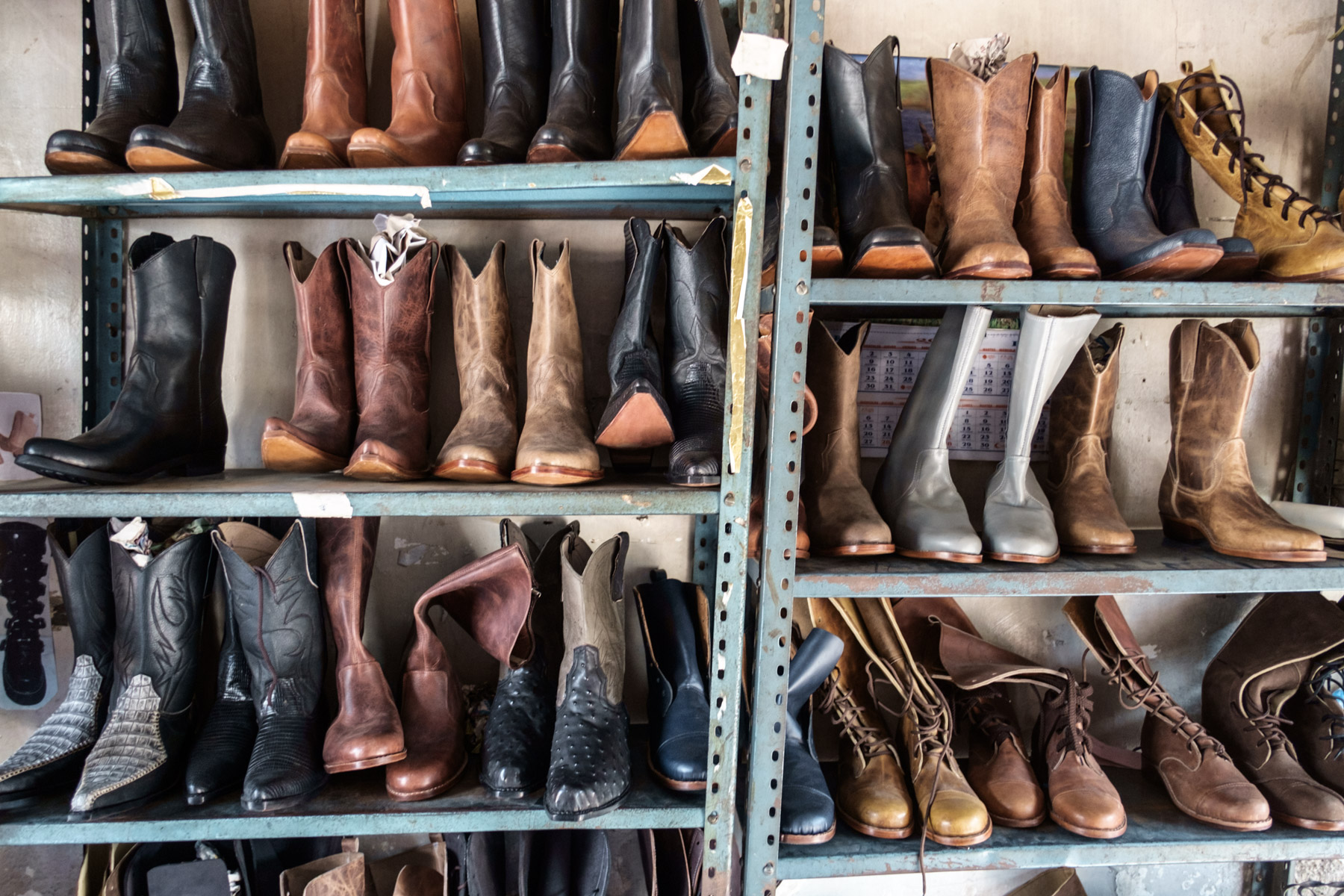 A big selection of boots in Carlos small shop for inspiration. 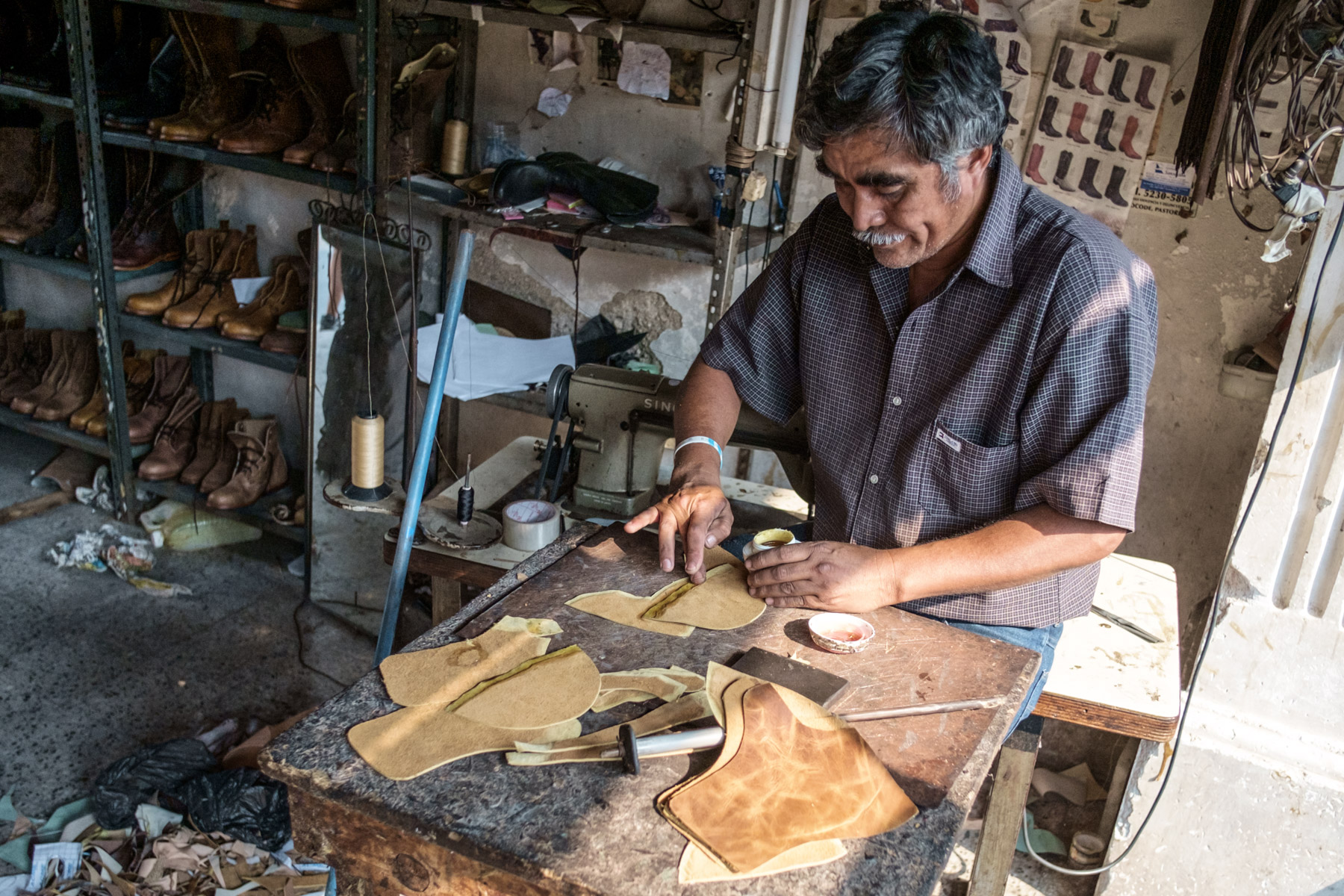 Carlos buddy literally makes these boots by hand. Every step of the way. 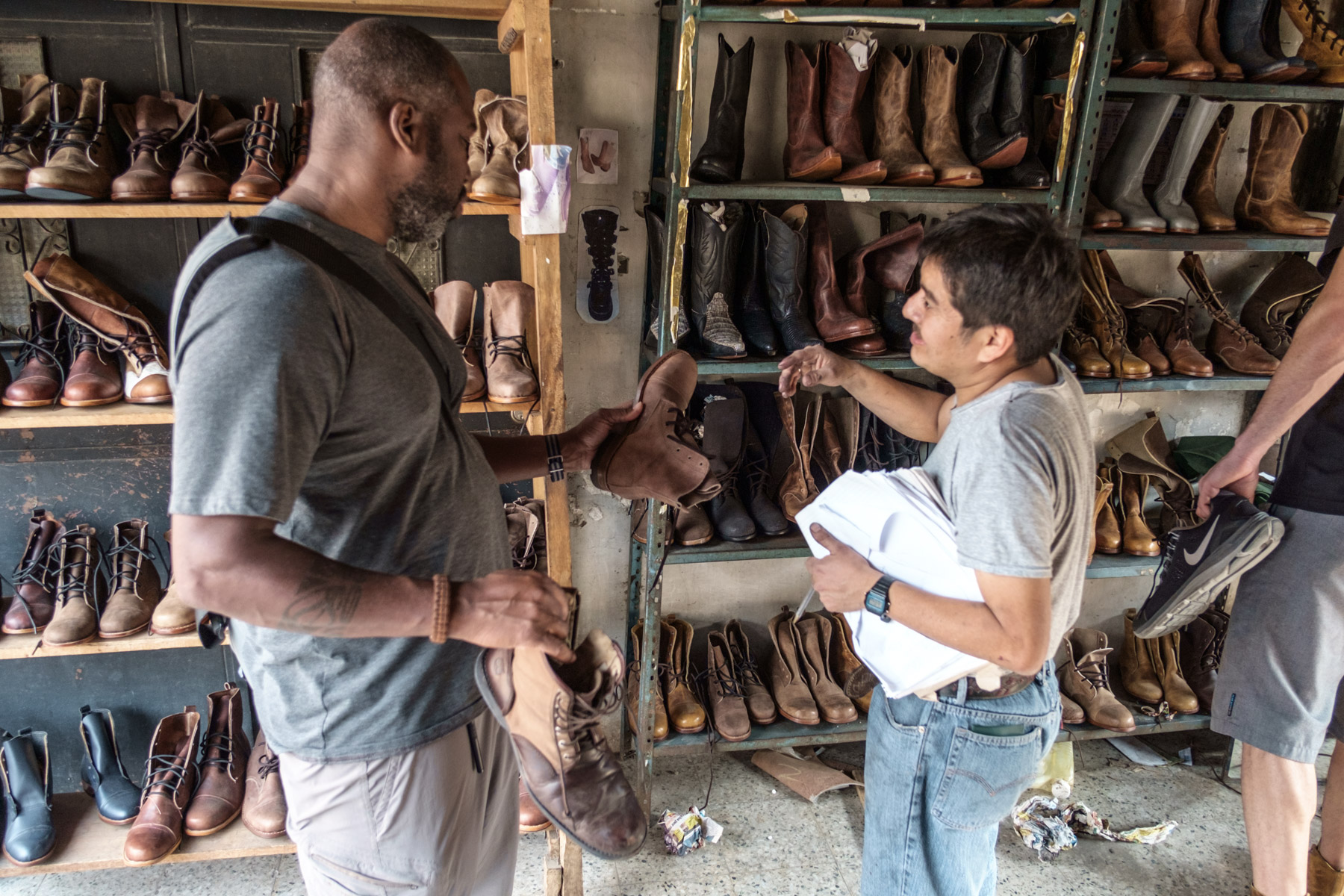 Raymond (on the left, my buddy from our bed and breakfast) and Carlos are discussing boots. Travis is just visible on the right. 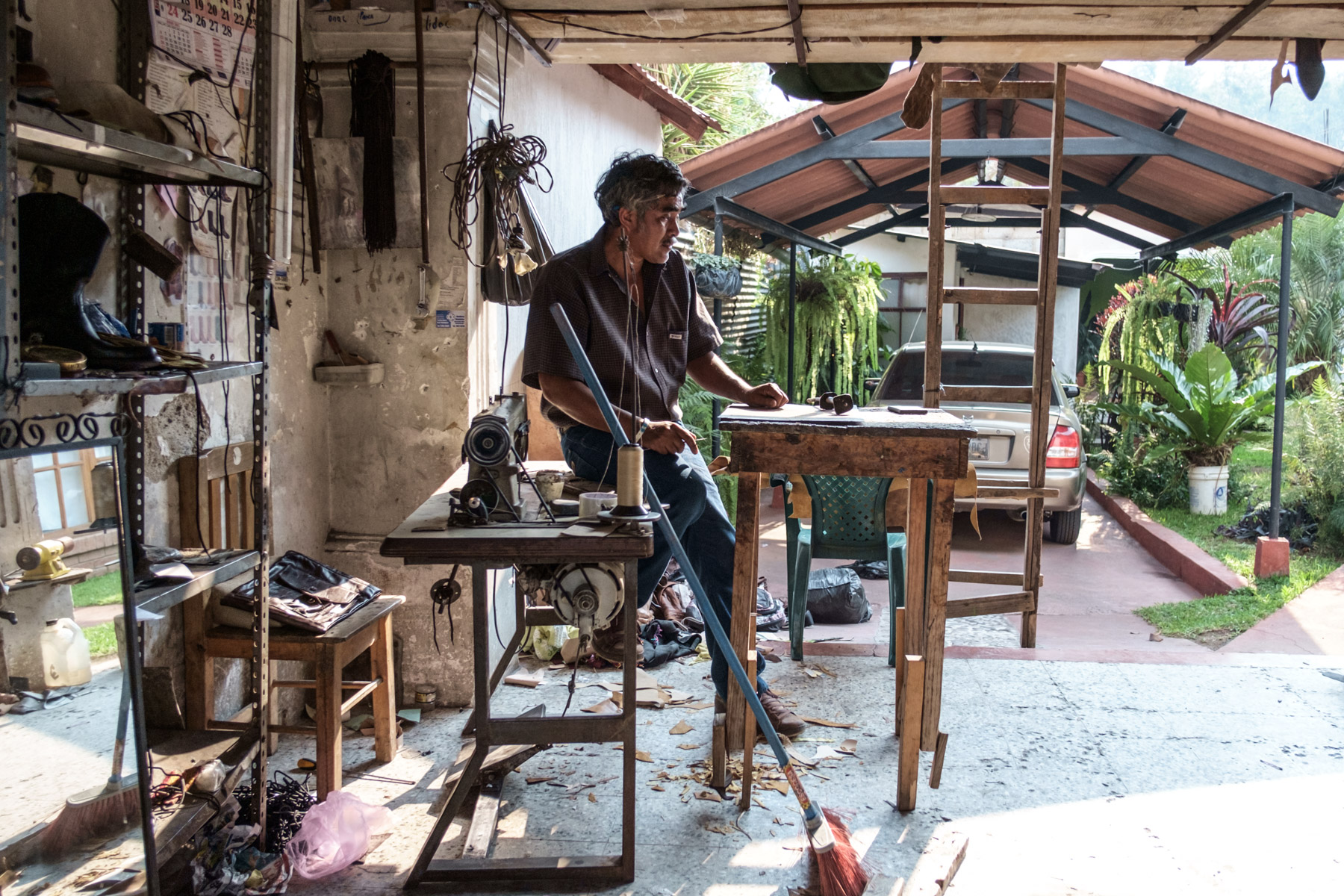 Carlos’ shop is really just an extension of his garage. A hole in the wall but his people make awesome boots. 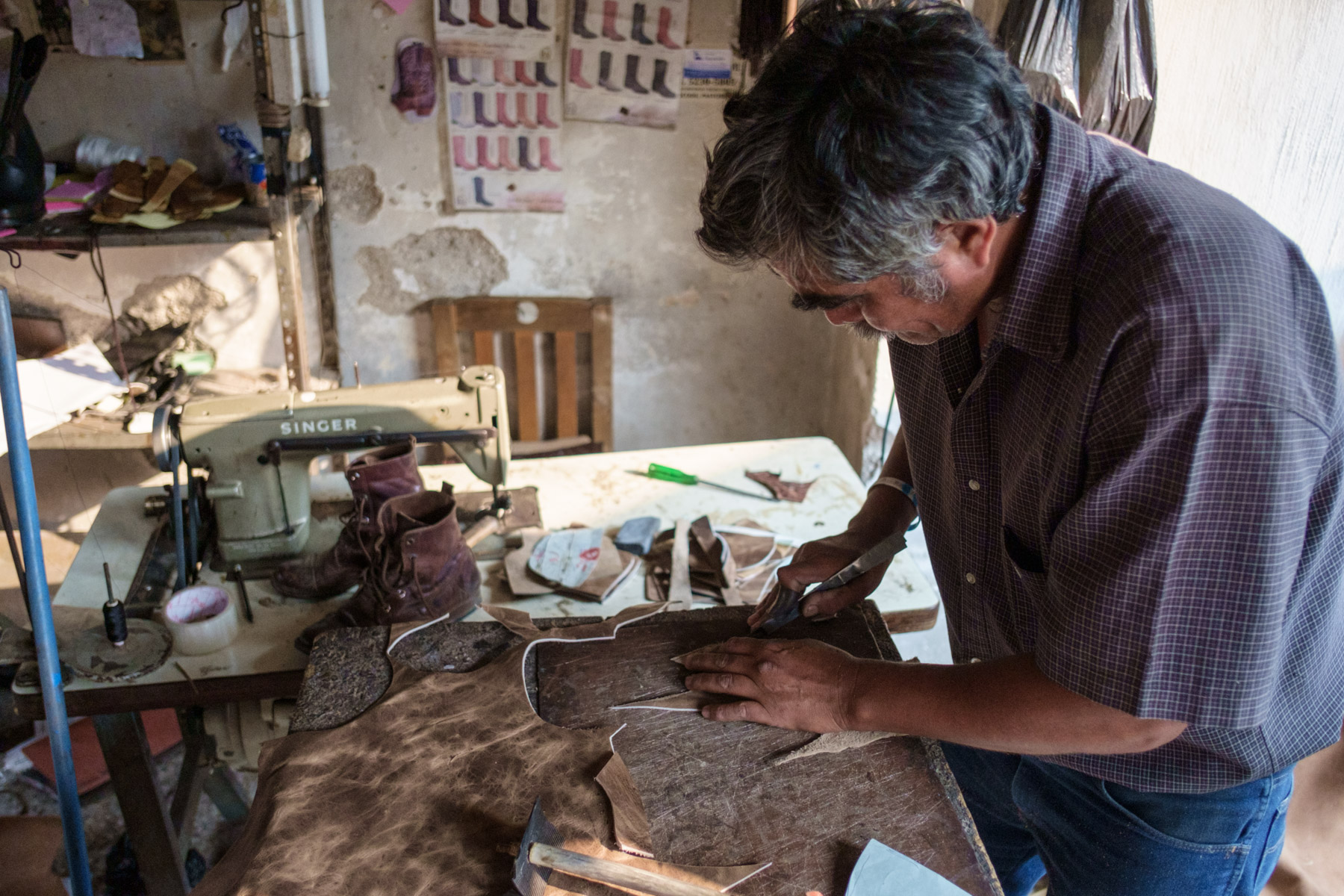 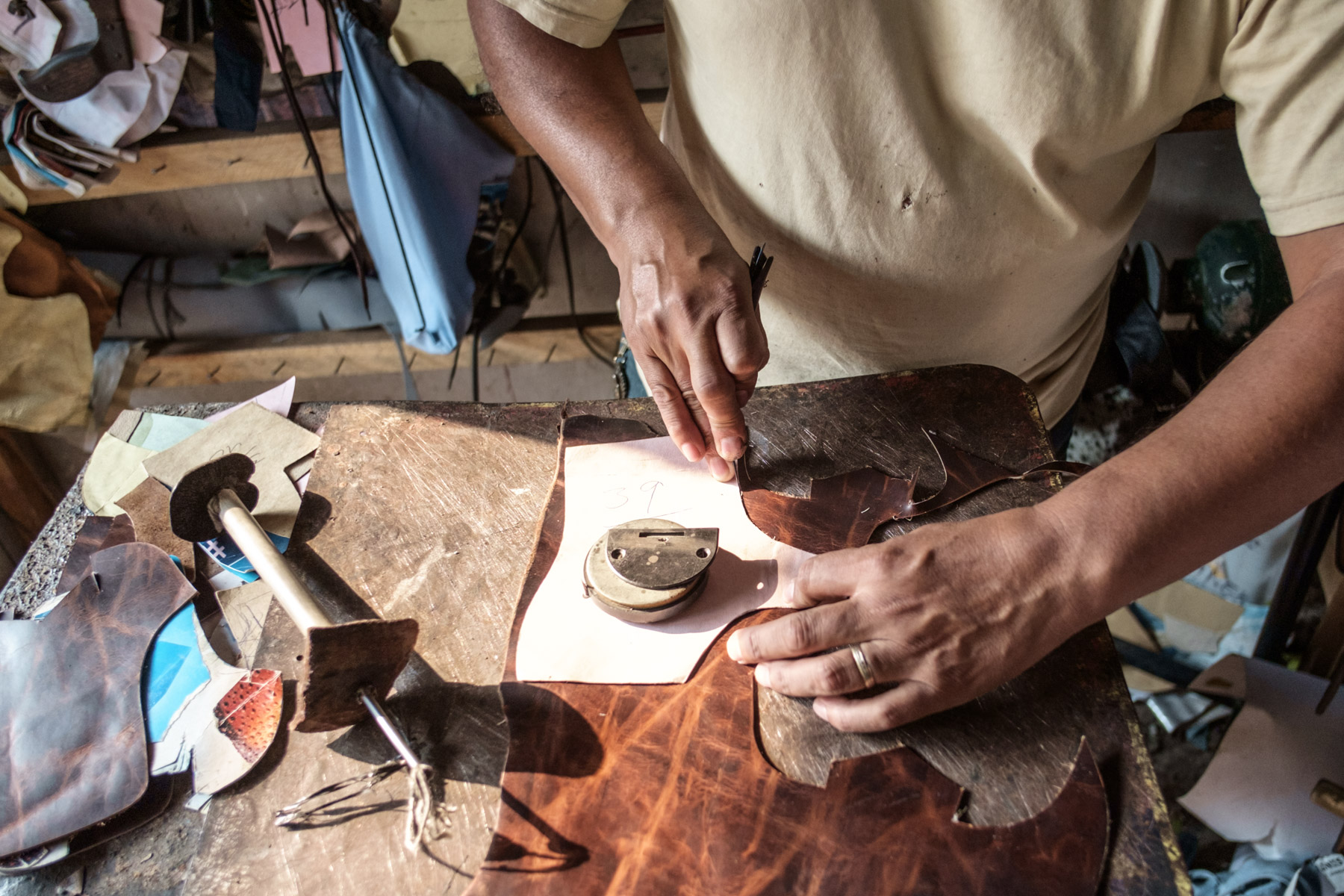 Cutting out the leather 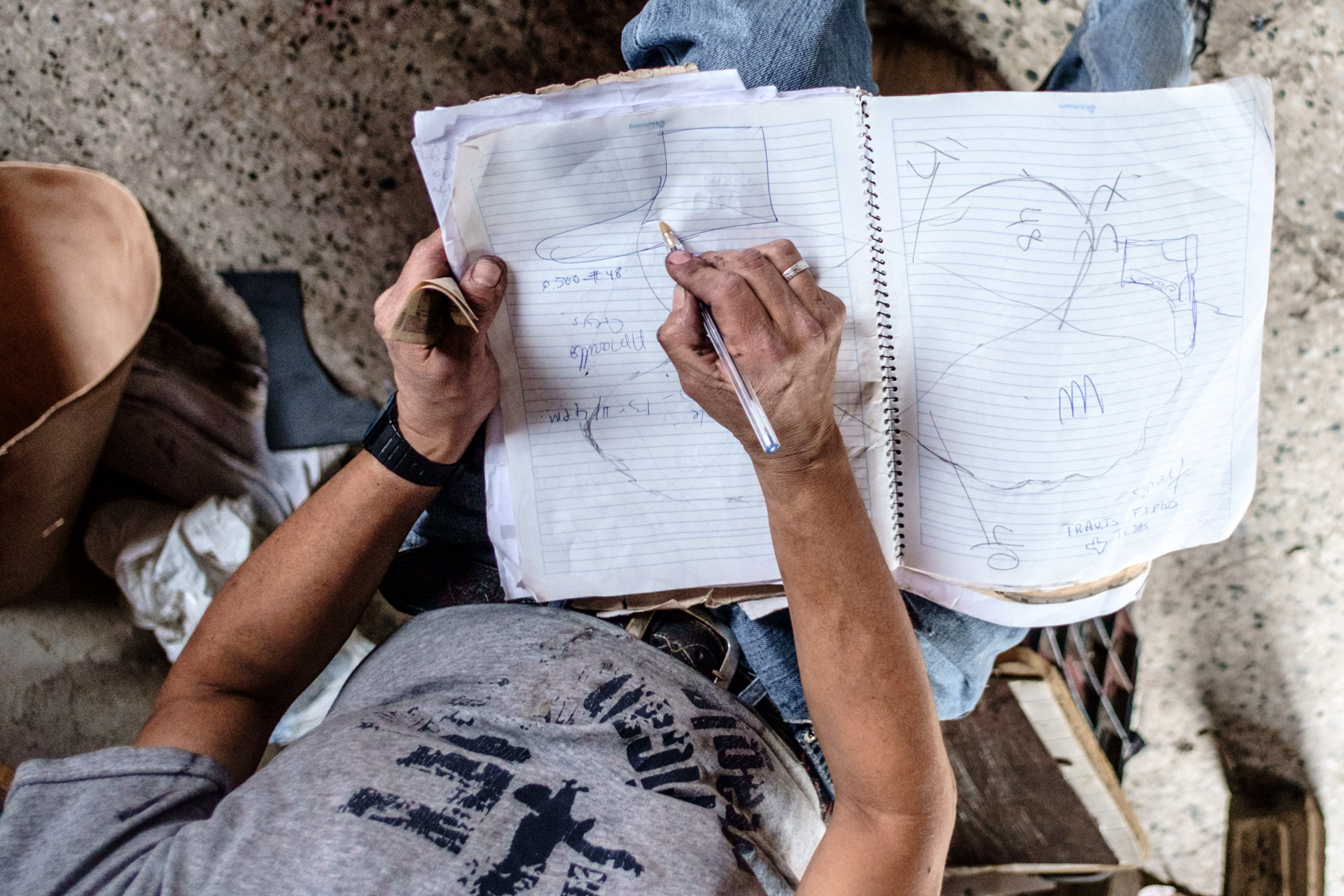 Travis was from Texas, and a Police Officer, sent down for Spanish language school and Travis has really large feet! So large they took up a double spread in Carlos order book! Yup, that is the drawing of Travis foot, all boots are custom made to fit your foot. 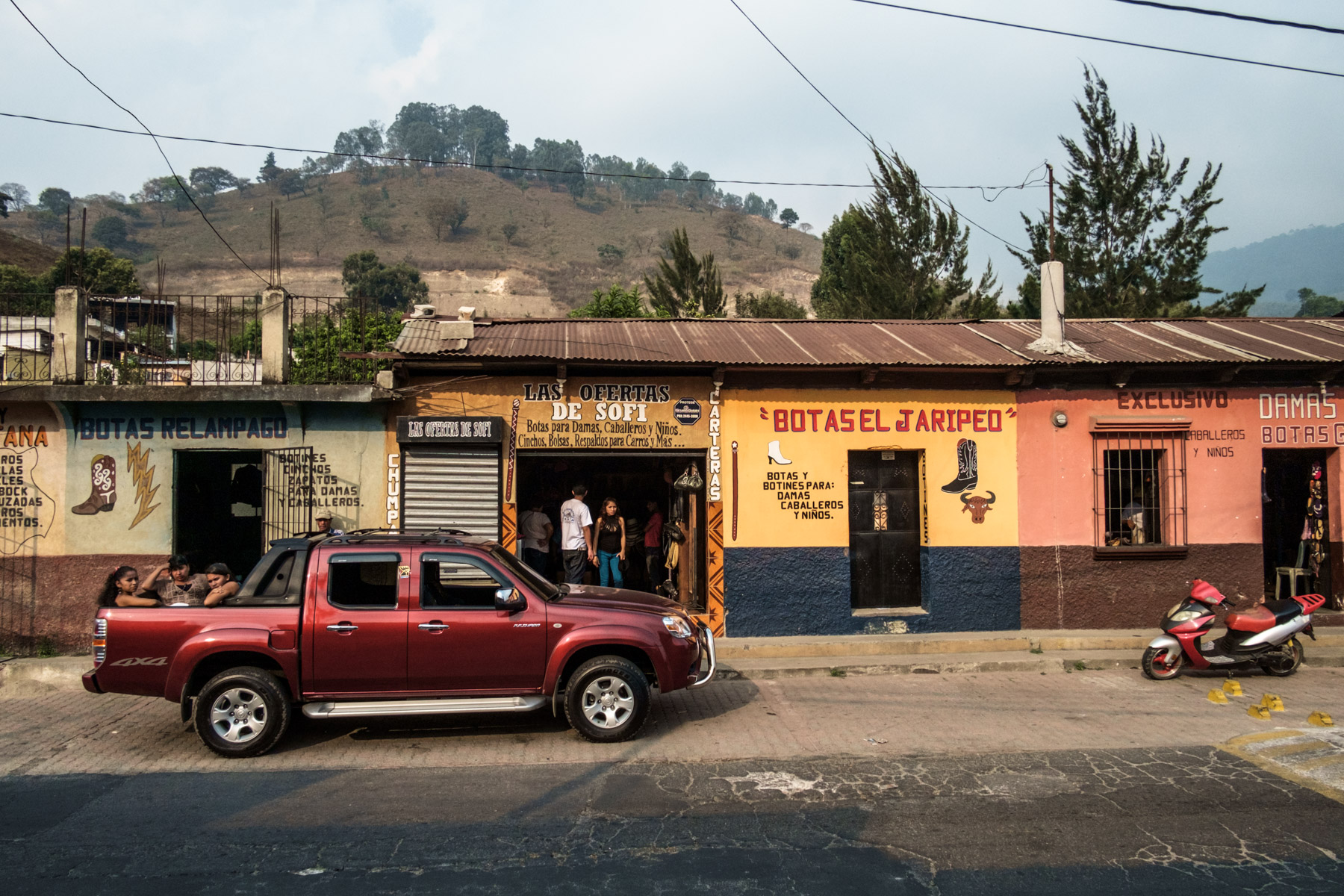 All of Pastores are these incredible hole-in-the-wall bootmaker shops. 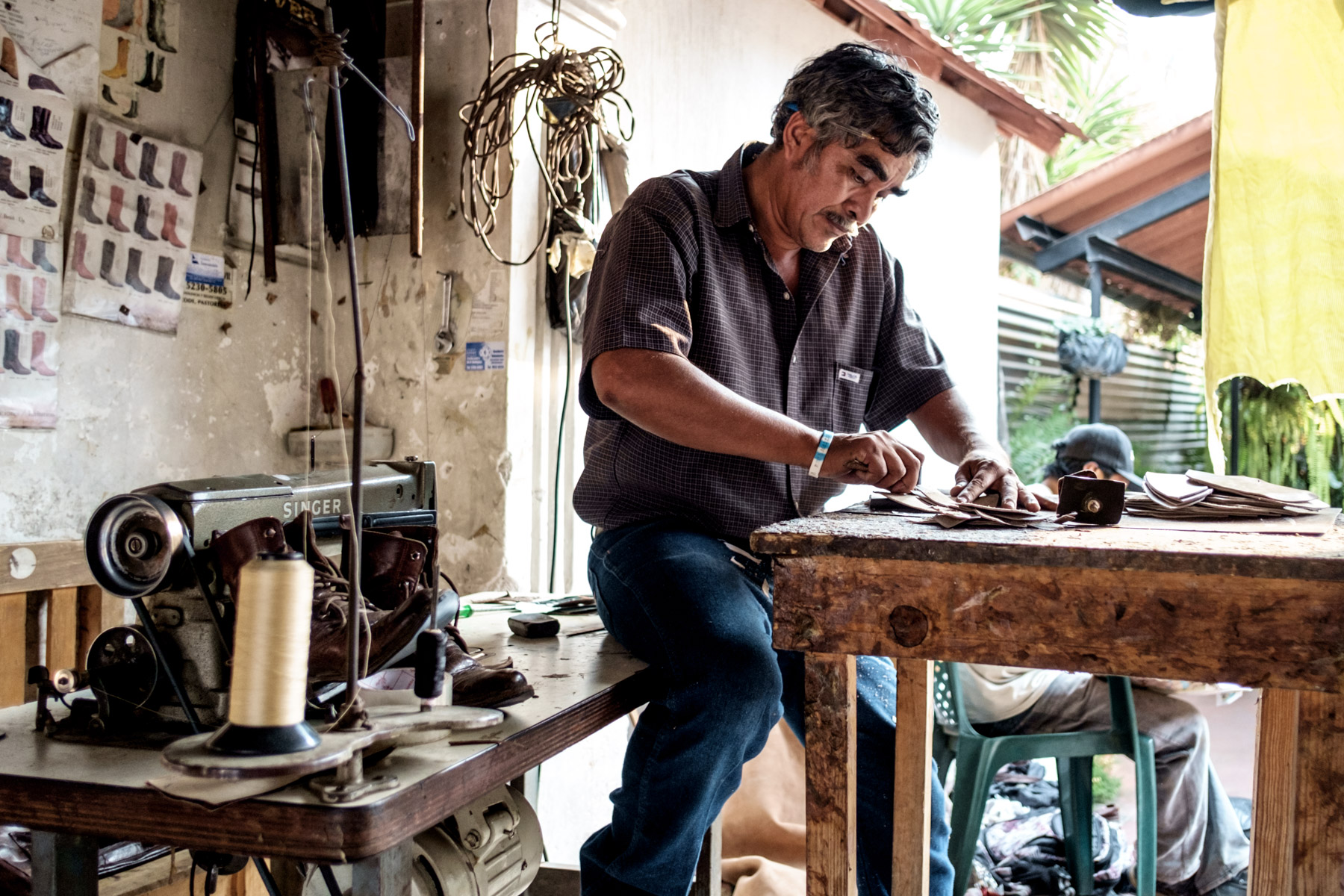 Checkout the old SINGER machine on the left. Where all the boots are stitched together. 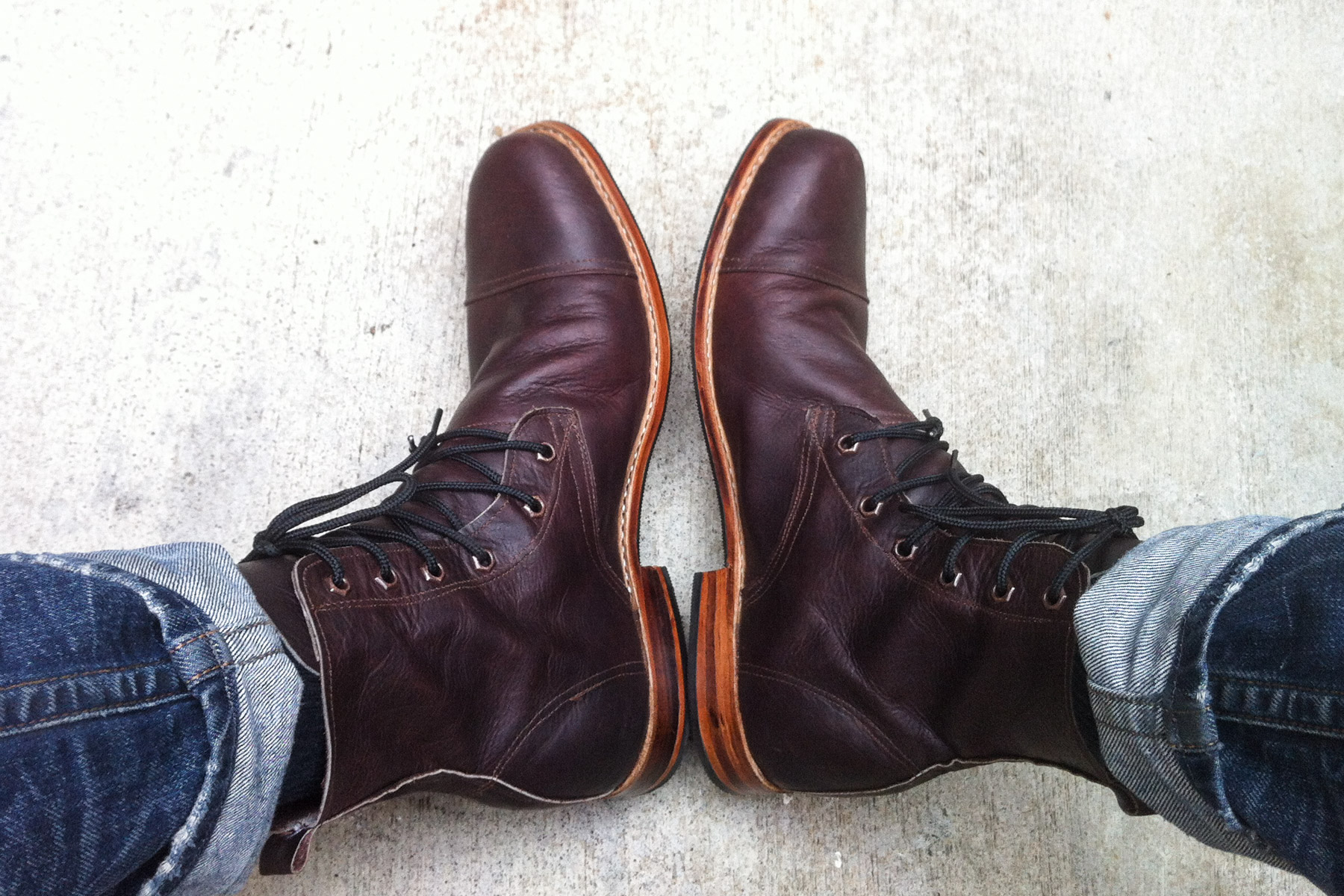 Antigua, Guatemala, 2013, and brand new boots! Just picked up my custom boots! First time I am wearing them, completely pristine! As they were custom made after measurements of my feet, they not only fit 100% they are the most comfortable thing I have ever worn. Like custom gloves for your feet. They just fit every crazy little weird shape of your foot, no need to break them in, no blisters, no nothing. AWESOME from day one. I NEED 5 MORE pairs!!!!!!! 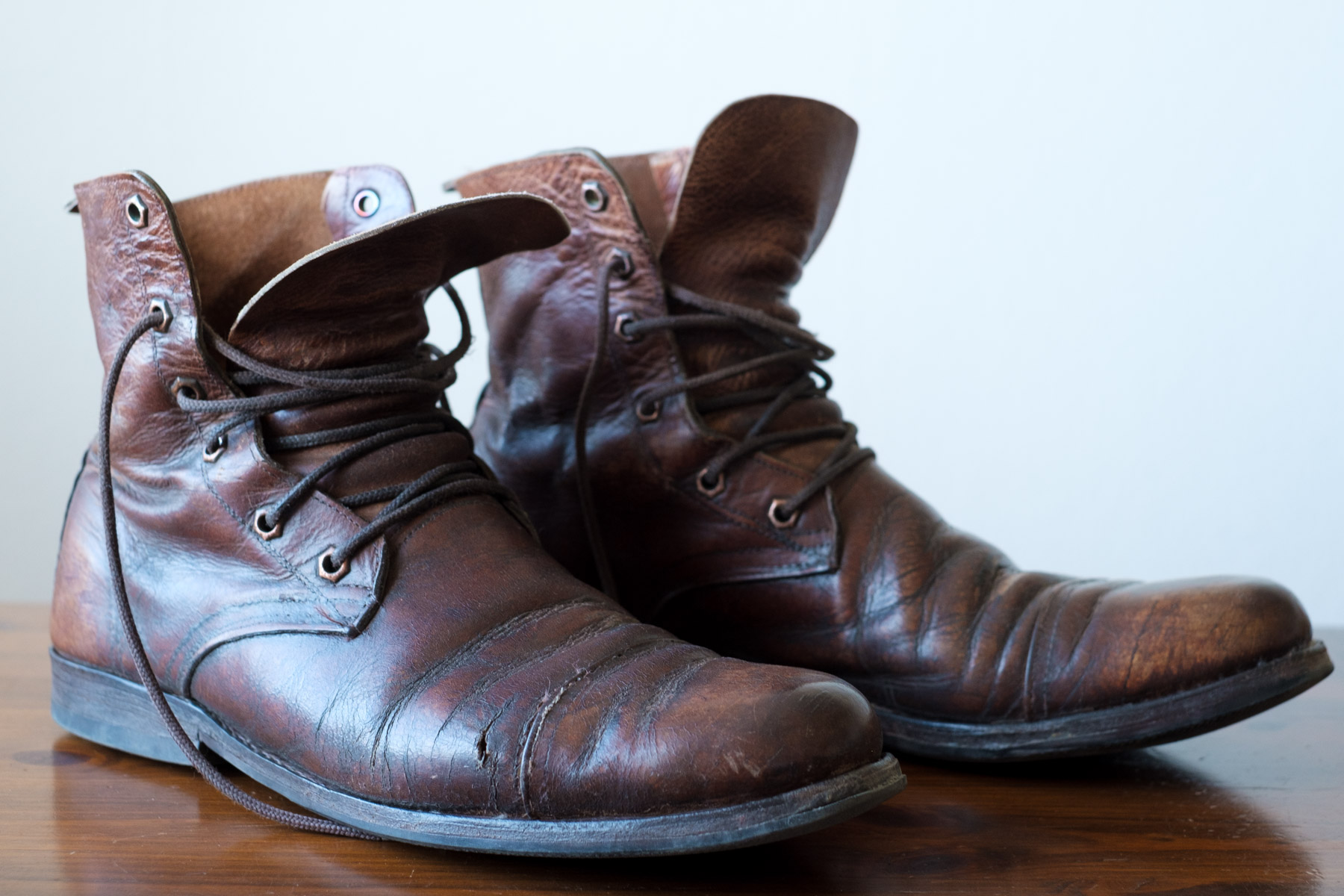 Copenhagen, 2020. What the boots look like today. A lot of wear and tear and a few small holes, but still it is INSANE how high quality boots these boots are. INSANE. For 65 USD! 7 years later and I am STILL using them almost every day! They have been re-soled 4 times so far, and had some repairs and the stitching is now finally coming apart but after 7 years of mad abuse! That is INSANE craftmanship!

Finally, what these boots were made for. EPIC posing in EPIC landscapes (Utah, 2014). Picture by Charlene Winfred.

Carlos Custom Boots. My boots, I truly truly love you. I will die a little the day these boots break. When we can travel again, I am coming back Carlos, I am getting at least 5 pairs made, and I so so so hope you are still in business amigo <3

PS! If you want, watch Charlene’s BEYOND the movie from 2013 and watch me stroll around wearing these boots!

4 Comments on “My Custom Handmade Boots from Guatemala”