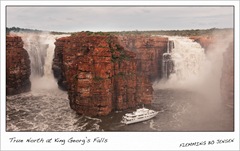 I barely remember what I just did. I forget what comes next. I live only now. Existing, living, breathing in the very moment in the prehistoric ancient environment of the Kimberley is an addictive feeling. My head is still spinning wildly; filled with two weeks of fantastic fun with fantastic people in amazing epic locations in the Kimberley on board the world’s best ship – True North. The image on the right of True North at King Georg Falls tells the tale of the locations we visit better than my words. What follows is just a few fragmented images and memories.

A record wet season promised epic waterfall and storm clouds and the Kimberley delivered. The rivers, creeks and gorges of northern Kimberley were pumping with a primeval force inspiring awe. Everywhere was as green and lush as a jungle cruise in Borneo. Incredible cloud systems came and went as if parading on a cloud catwalk. The untouched environment of the Kimberley makes you feel as if one travelled back in time to the Cretaceous period and a Tyrannosaurus Rex is lurking just around the corner. If my time machine would work, I would add indigenous people to these landscapes and complete them as I did miss doing portraits.

Living now. Something about being on True North enables a state of being that is purely enjoying the present. Experiences come fast and rich and I doubt I have ever let myself have that much fun living mostly in the present, unable to remember yesterday, not having a clue about tomorrow. Life is reduced to choices like; are we going on a photo trek? do I wish to go fishing? perhaps join the rock art bush walk? helicopter ride? Which dress do I wear for party night?

Firsts. The feeling of a first is something I seem to chase lately and Kimberley provided more fuel. I swam under a waterfall. I jumped into a pool in a cave from a height of 3-4 meters. I left the camera alone for two days and got very hooked on fishing (thanks to Greg, Maria, Ken and Jeanne), learned lure casting and caught my first barramundi.  I wore a dress, gloves, pashmina and full facial makeup (thanks Rebecca!) going all woman at dress-up party night! It was awesome fun and I dare anyone to have the guts to do the same. I was going for a David Bowie Ziggy Stardust look but the wardrobe choices dictated a Grace Kelly approach. I also freaked Mark and Dave a bit which added greatly to the fun. There is an image somewhere of Mark and me dancing which is just too odd to show!

Thanks and foremost to my good friend True North Mark, and to fellow musketeer and member of Epicness Incorporated; David Bettini. Thanks to Captain Brad and crew, as always, everyone onboard was just brilliant and such fun and a pleasure to be around. Special thanks to friends Greg, Maria, Ken, Jeanne who brought me into fishing group and taught me the skills. True North is an adventure like nothing else, highly recommended.

A few very quickly developed images from a great two weeks of shooting. I experimented a lot with my work and I also managed to capture video and timelapse. I shall soon be uploading my 6 minute video I presented the last night on the ship. 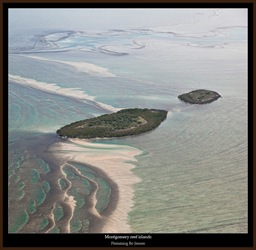 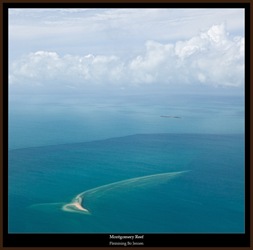 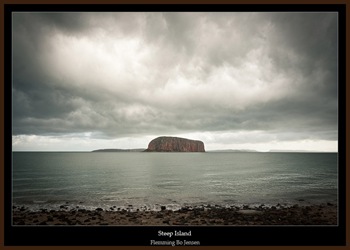 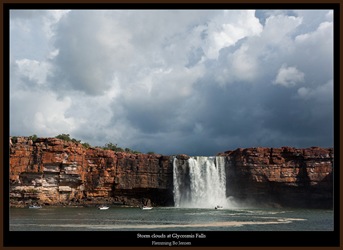 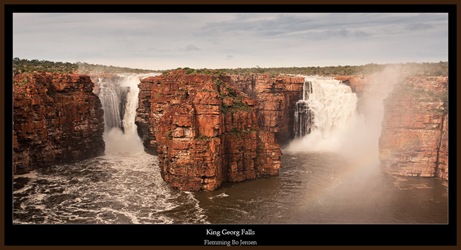 Dave and Mark deep freezing their feet after a hard day at the office at Eagle Creek Falls. Look at the boys, so happy: 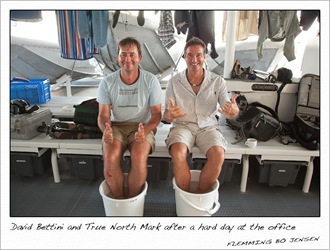 The main office of Epicness Incorporated at King Georg Falls. Yes, I am looking a bit worse for wear and still wearing some makeup as this is the day after Party Night and the eyeliner was hard to get off at 6am! Climbing up to this point (and down again) from river level early morning after party night is a good way to get the blood going, sweat out the hangover. 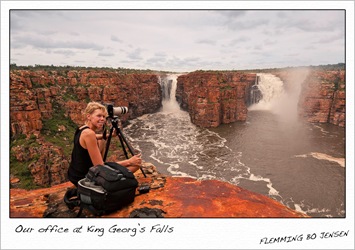