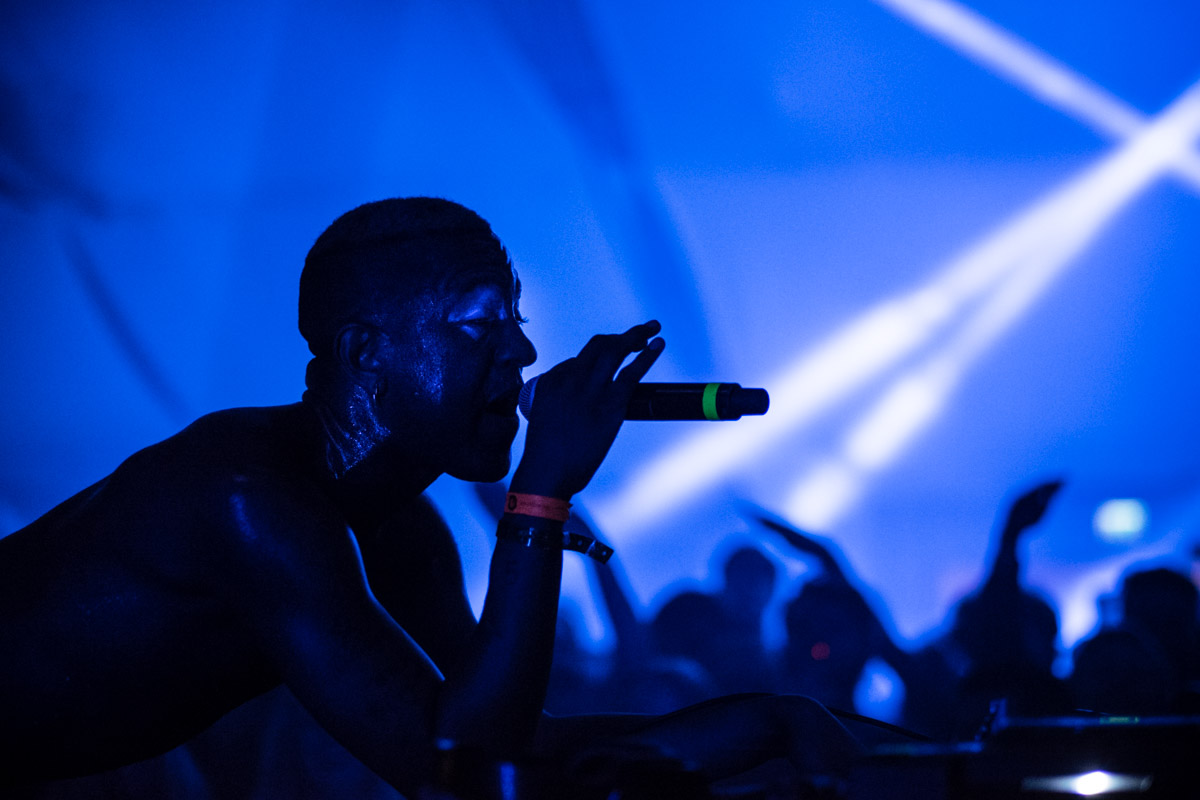 The grand final party at Distortion 2014 is called – The Final Party . I had the pleasure of again working for Red Bull Music Academy. Final Party is held at an abandoned ship yard where 10-12,000 ravers go nuts at a mix of open air sound systems, tents and dark warehouses. I was looking forward to shooting our indoor warehouse stage where the sound, light, stage and performers promised something special and otherworldly – engage the turbo lasers!

The evening kicked off with the legendary Phase5 with Mike Rizzaw on the mike. The Hukaos crew featuring performances from Karl William, Tais and Louis Rustum then took over the stage and they sounded fantastic, I became an instant fan. Benal followed and rocked the warehouse with their special mix of hip hop and techno. Tokimonsta plugged in her own gear and proceeded to bring the roof down with her great one hour performance. Mykki Blanco was just…Mykki Blanco. I think he/she has her own category of far out performances, very fun to try and capture.

I had a terrific and very fun night, and everyone involved did a great job. Big up to the sound and visuals crew, they did a fantastic job with great sound and awesome visuals. They even let me “borrow/control” the lights for a portrait of the Hukaos guys.

There is one picture missing from my photo essay. As I rode my bike home around 4am the sun was rising and the view of the harbour bathed in early morning sunlight, on a beautiful quiet morning was stunning. You’d think with two cameras and three lenses in my bag I might have taken a picture. You’d be wrong. But I tid take these: 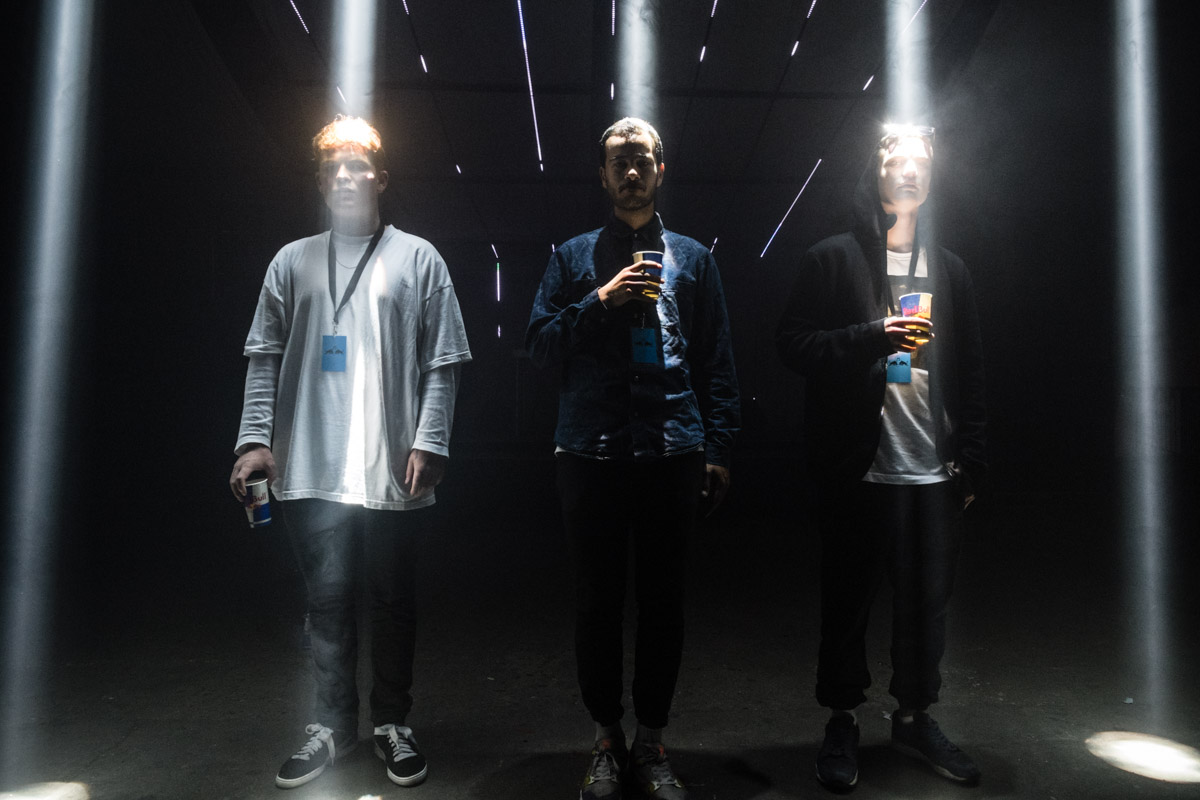 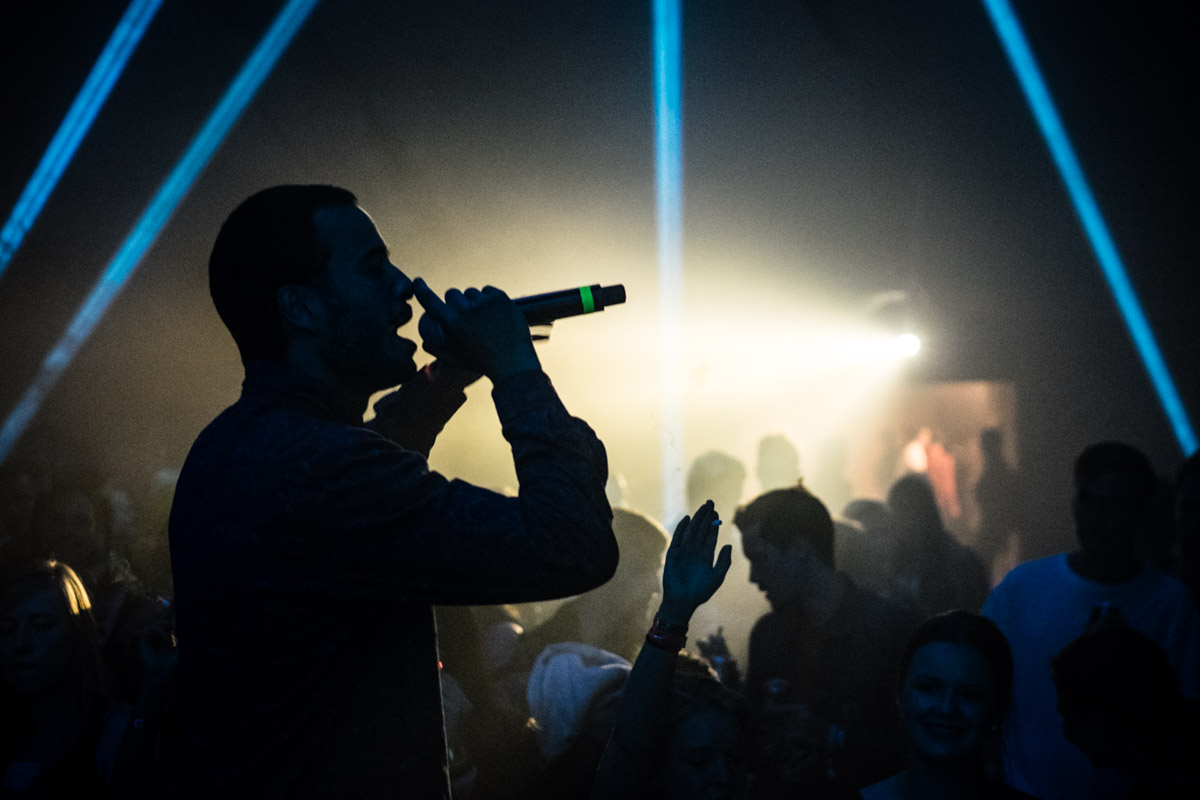 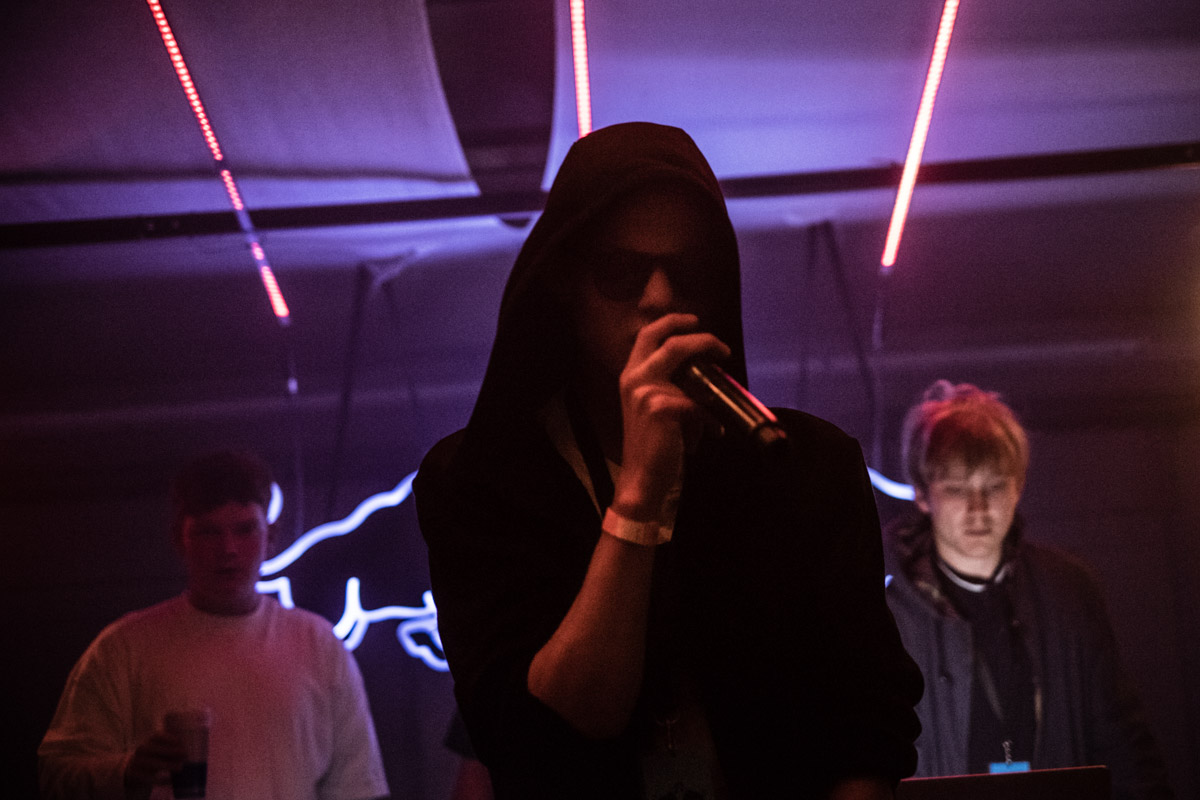 Tais in the hood 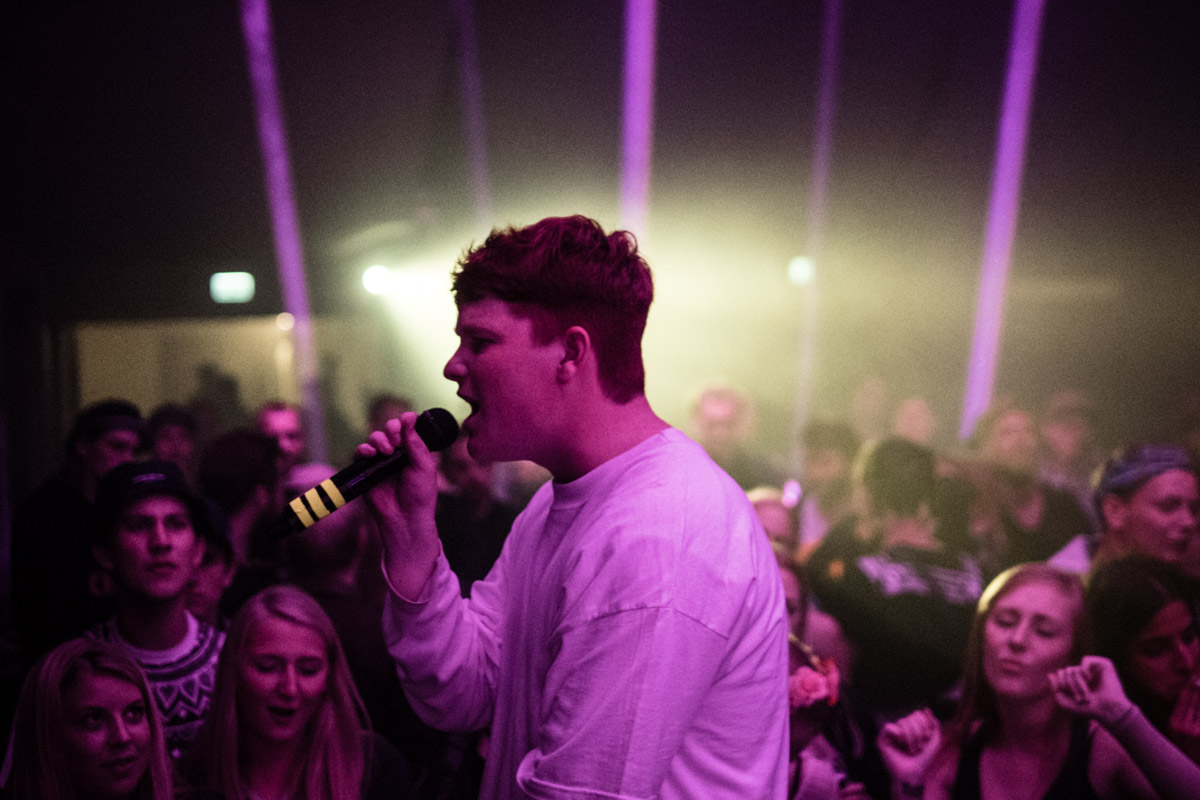 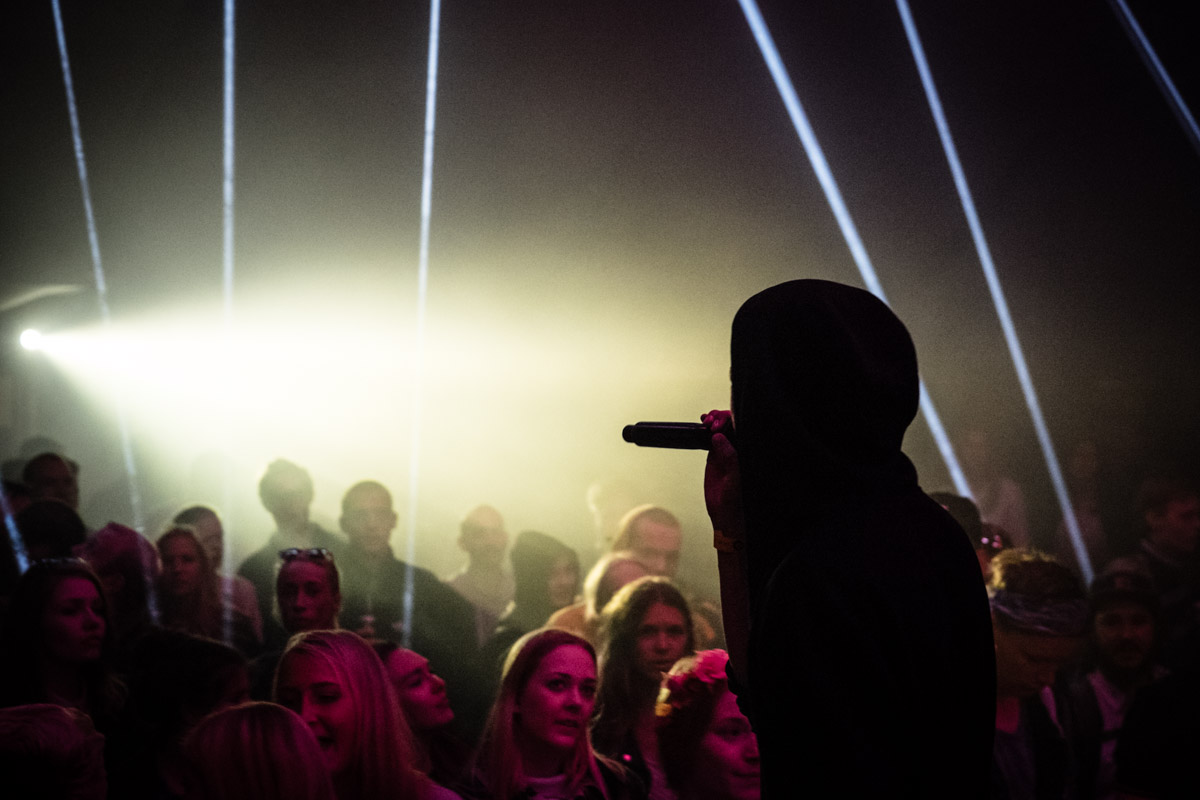 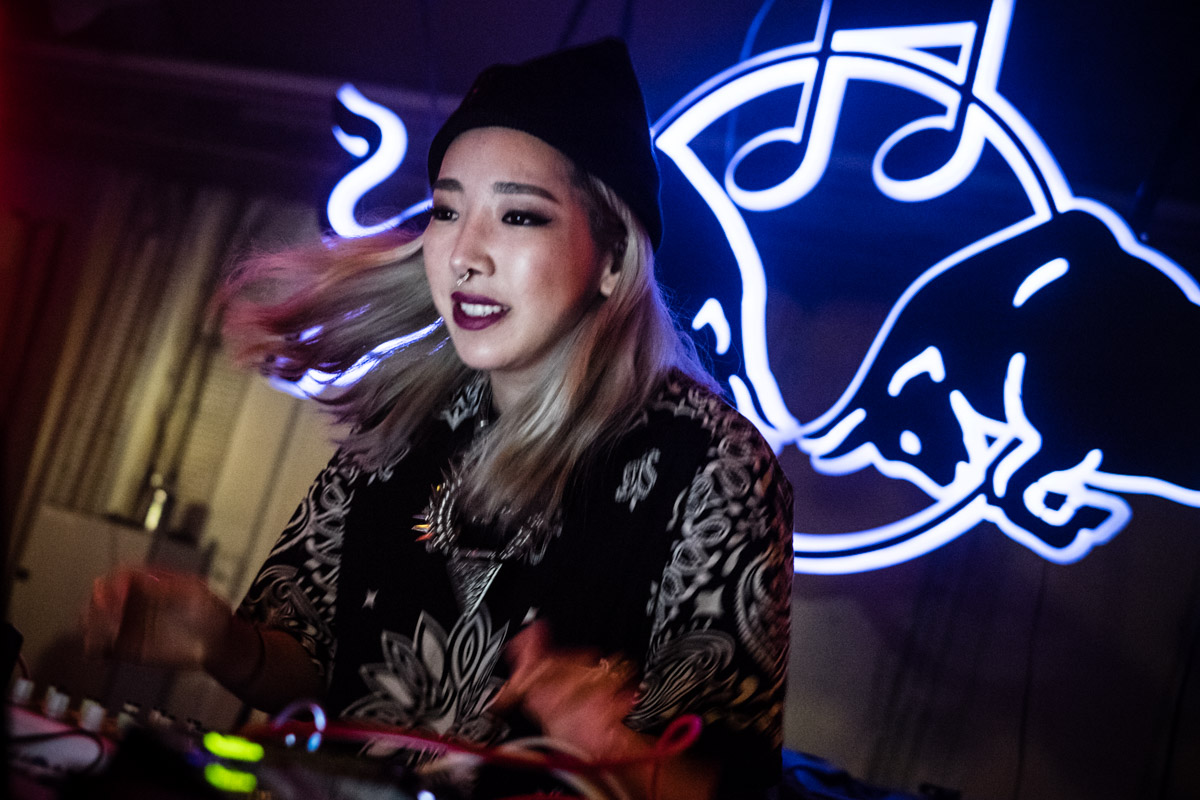 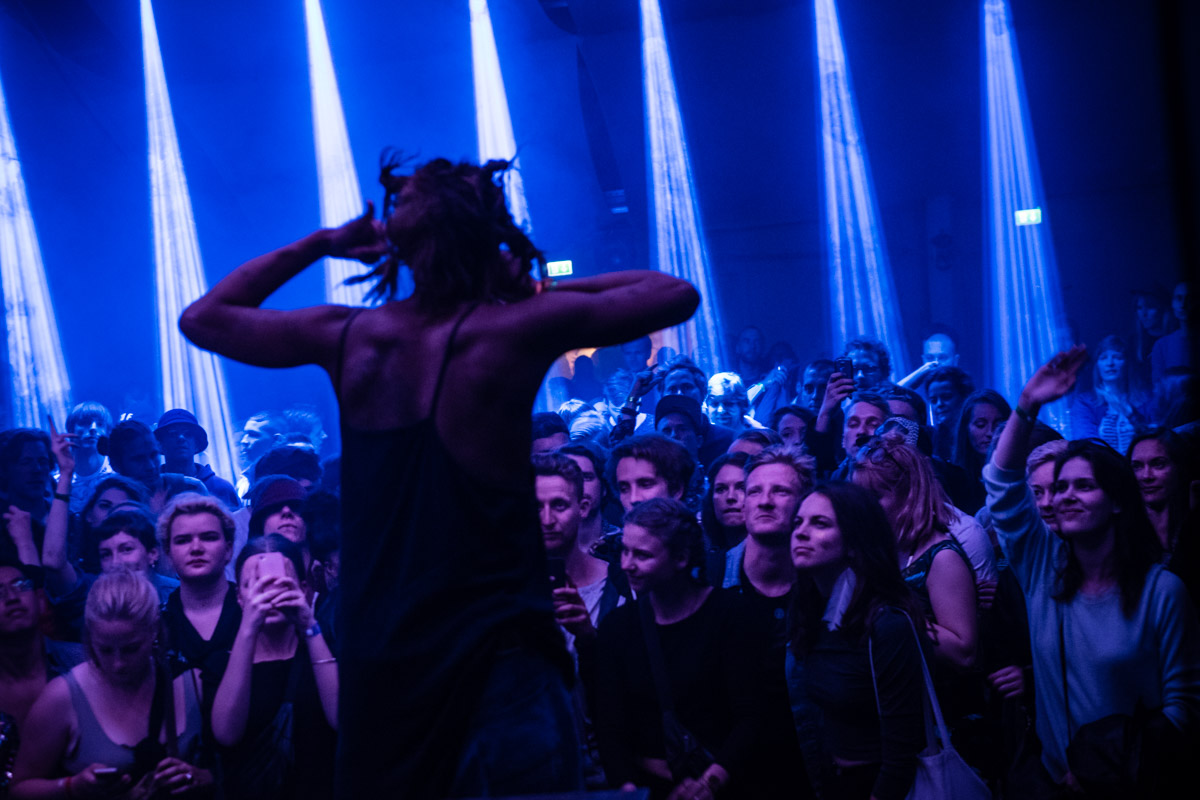 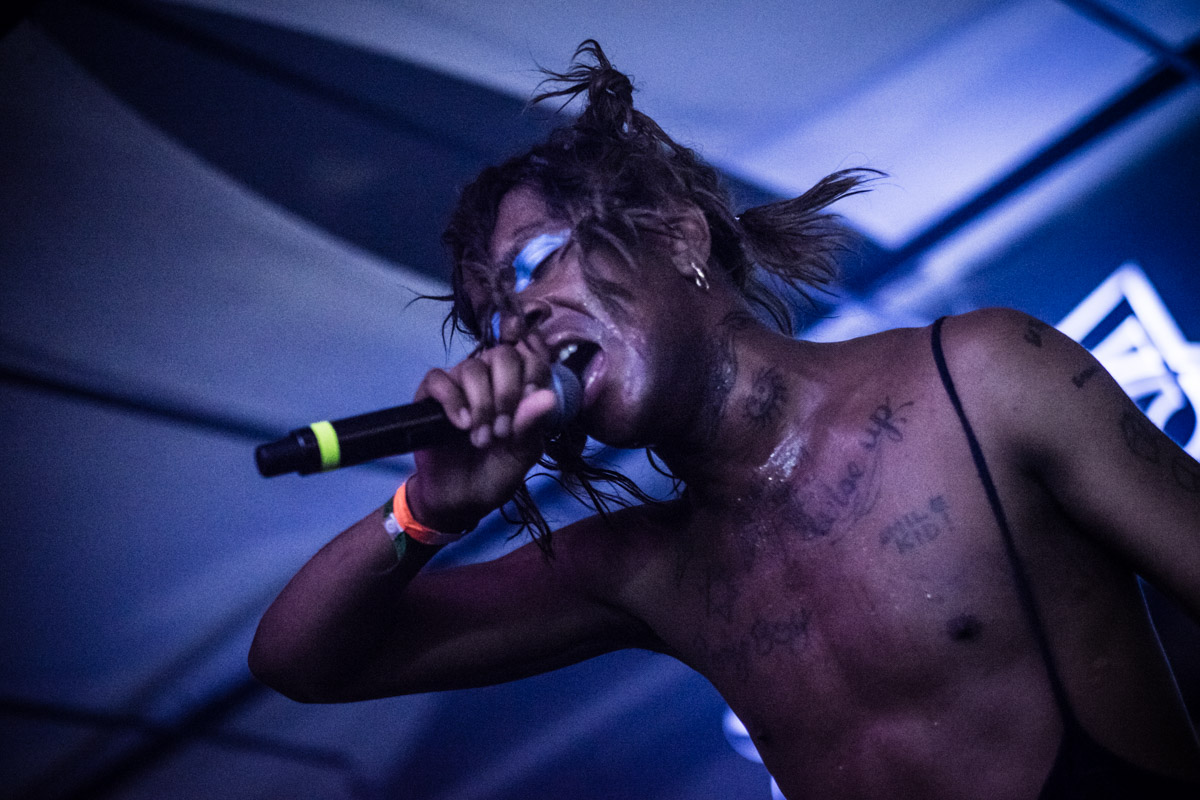 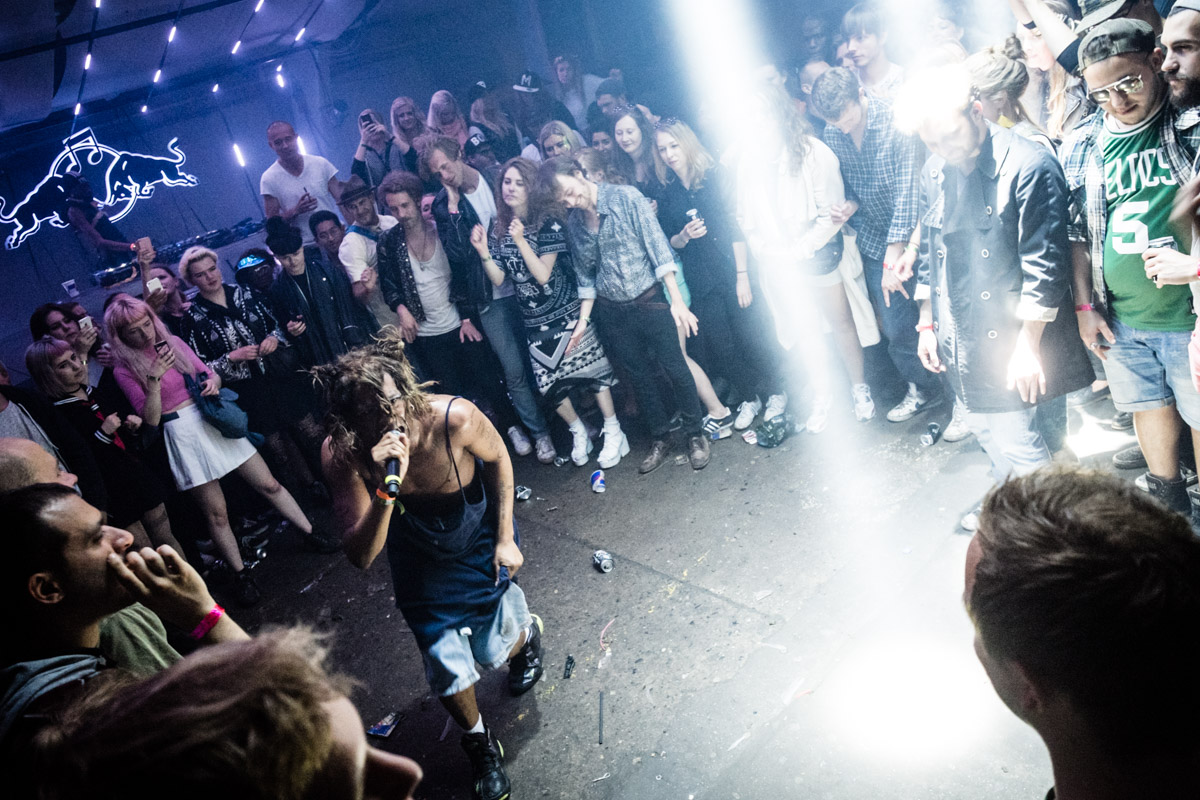 We lost a few people to that beam, not quite sure where they ended up! 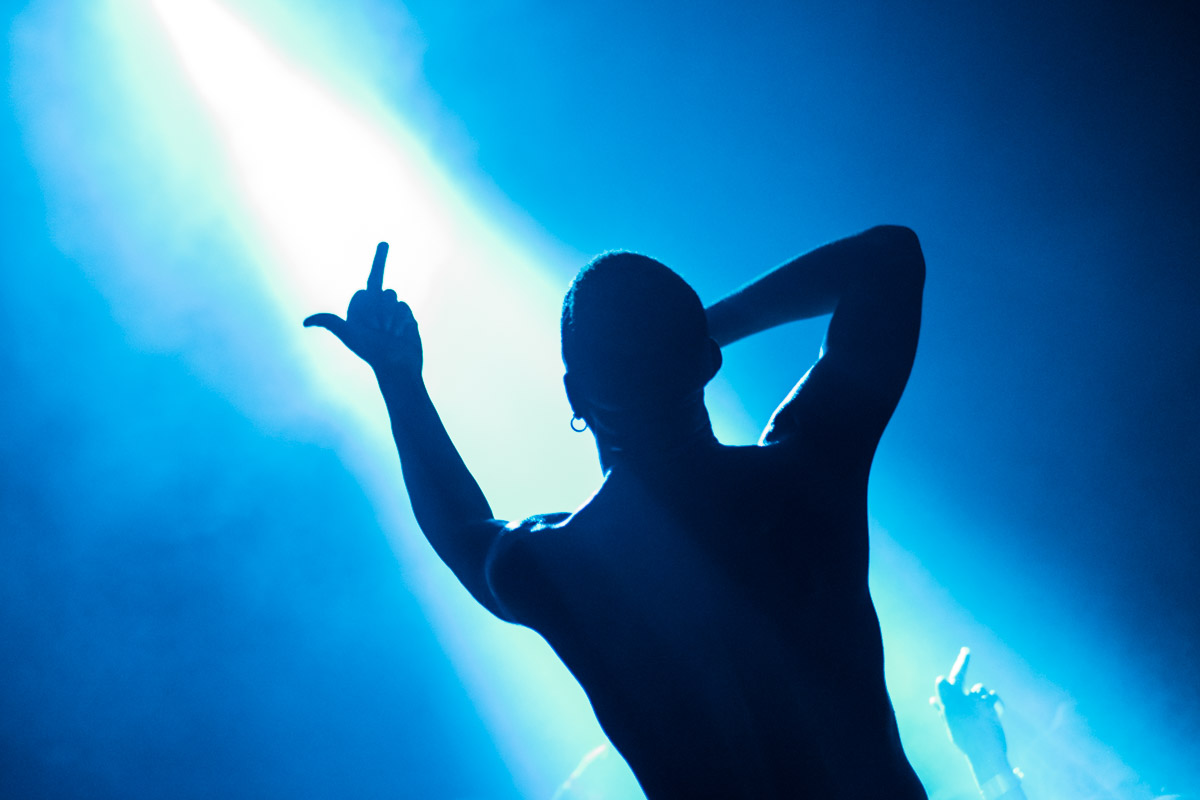 Once again I was armed with my Fuji X-T1 and X-pro1 cameras, loaded with 14mm, 35mm and 56mm lenses and myself loaded on a lot of Red Bulls (old raver here had to be up all night). Having two cameras at these events is nice, saves a lot of time on swapping lenses. Especially Mykki Blanco was all over the entire room including in the middle of the crowd and it was a challenge to keep up and shoot, no time for trying to swap lenses in a very dark room.

The lightweight Fuji’s easily hang on my shoulders for 8 hours, never feeling heavy. And as you can see it allows me to have hands free for holding a drink. Quite a skill, for trained time-travelers only. I did a lot of running around shooting, no falling over cables for a change, so felt a drink was in order.

A huge thank you to Red Bull Music Academy and everyone at Red Bull Studios Copenhagen for everything. Fujifilm Nordic for lending me extra lenses and a battery, and being wonderful partners. Distortion for a wicked festival. Look very much forward to the next one! 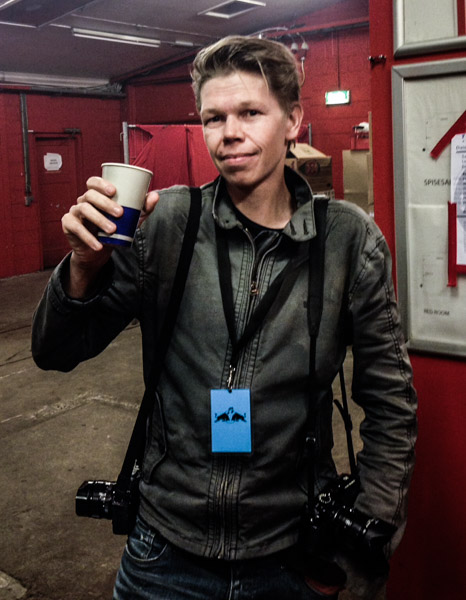