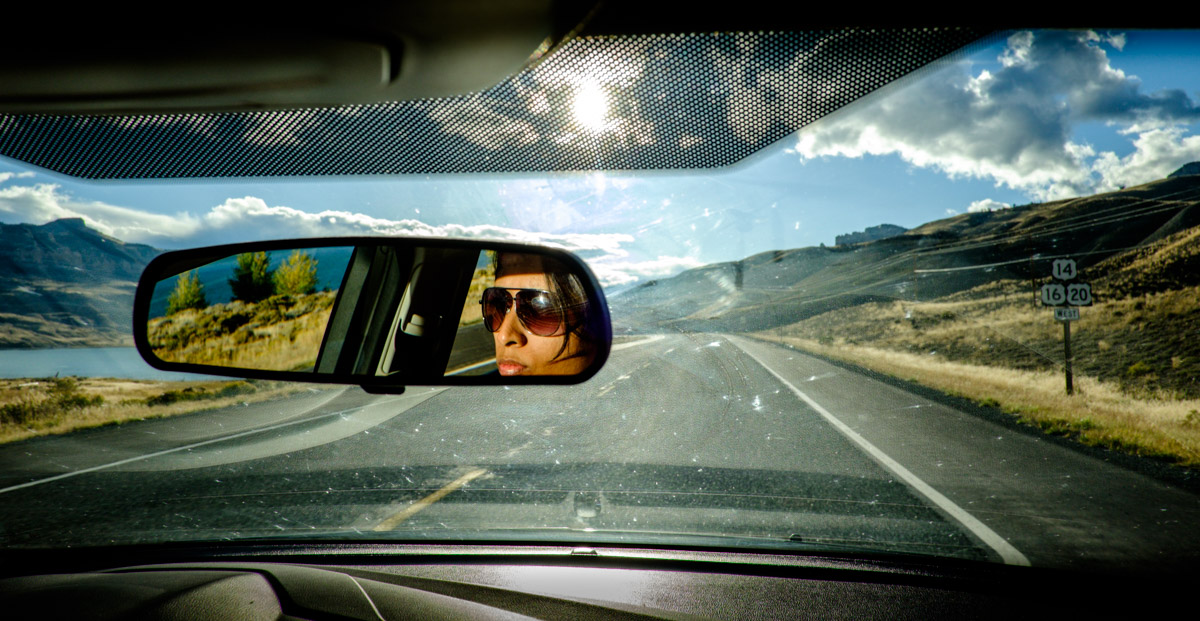 Charlene piloting us through the spellbinding landscapes of Montana. I am on DJing duties.

On September 12 2014, Charlene and I set off on a US road trip, the third US road trip in two years and the third installment of Mad and Magic Raving – this one kicking off almost on the two year anniversary of the first one. We landed in Los Angeles and 90 days later, having maxed out our visas, we found ourselves back in Los Angeles, boarding a plane bound for Singapore. In between we drove more than 16,000 kilometers and lived 3 months on the road in the US.

It was the best 3 months of my life.

3 months of magic and complete freedom, a search for wonder and magic – and family history. And we found it, the magic, we really did. We always do in the US. Life since then has been somewhat mad, so I am only now starting to dig into the images and memories. This is the first in a line of Mad and Magic Raving 2014 blog posts and stories. We had only a few planned stops along the way, we needed to get to Britton, then to Seattle, and we wanted to end up in New Mexico. The rest was spur of the moment decisions along the way, enabling us to stumble into wonderful experiences such as a college rodeo and the most stunning of National Parks – Glacier – that I had never heard of. So where did the magic take us?

Sixteen thousand kilometers on a map

Yes, we did not exactly take the most direct route – what would be the fun in that anyway! But we wanted to get to Britton before the cold weather set in. So we ended up doing a figure 8 that looked something like the map below. This is what our sixteen thousand kilometers roughly looked like: 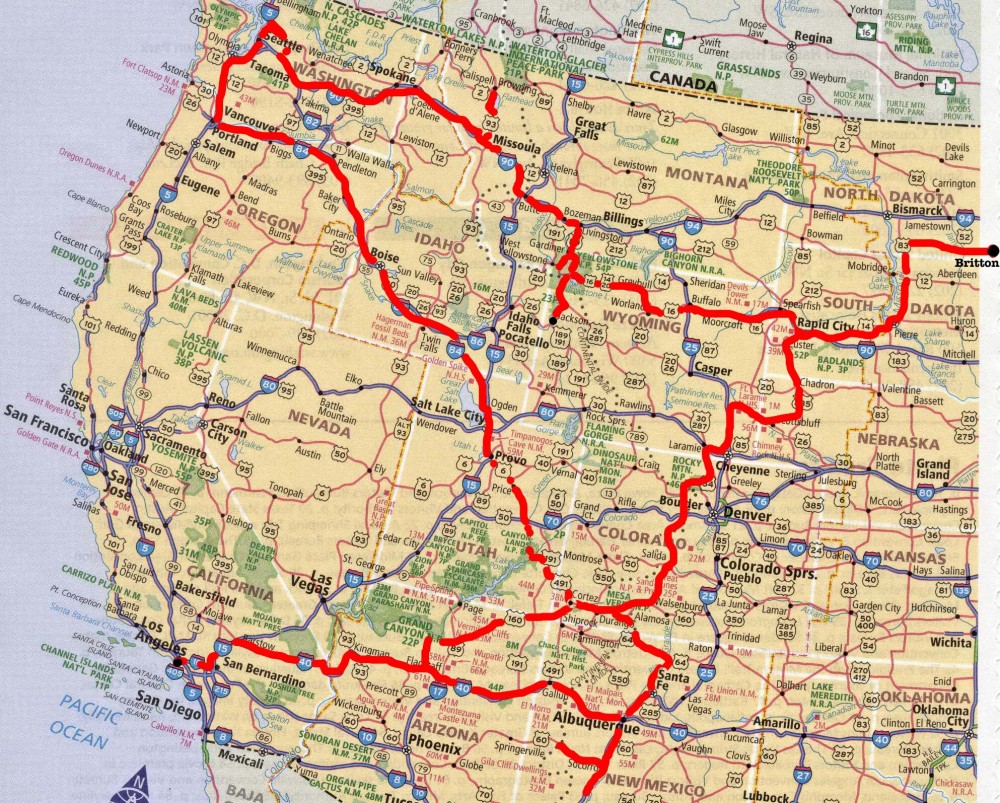 These are just some of the main stops along the way in chronological order. Many more stories from all of these places to come.