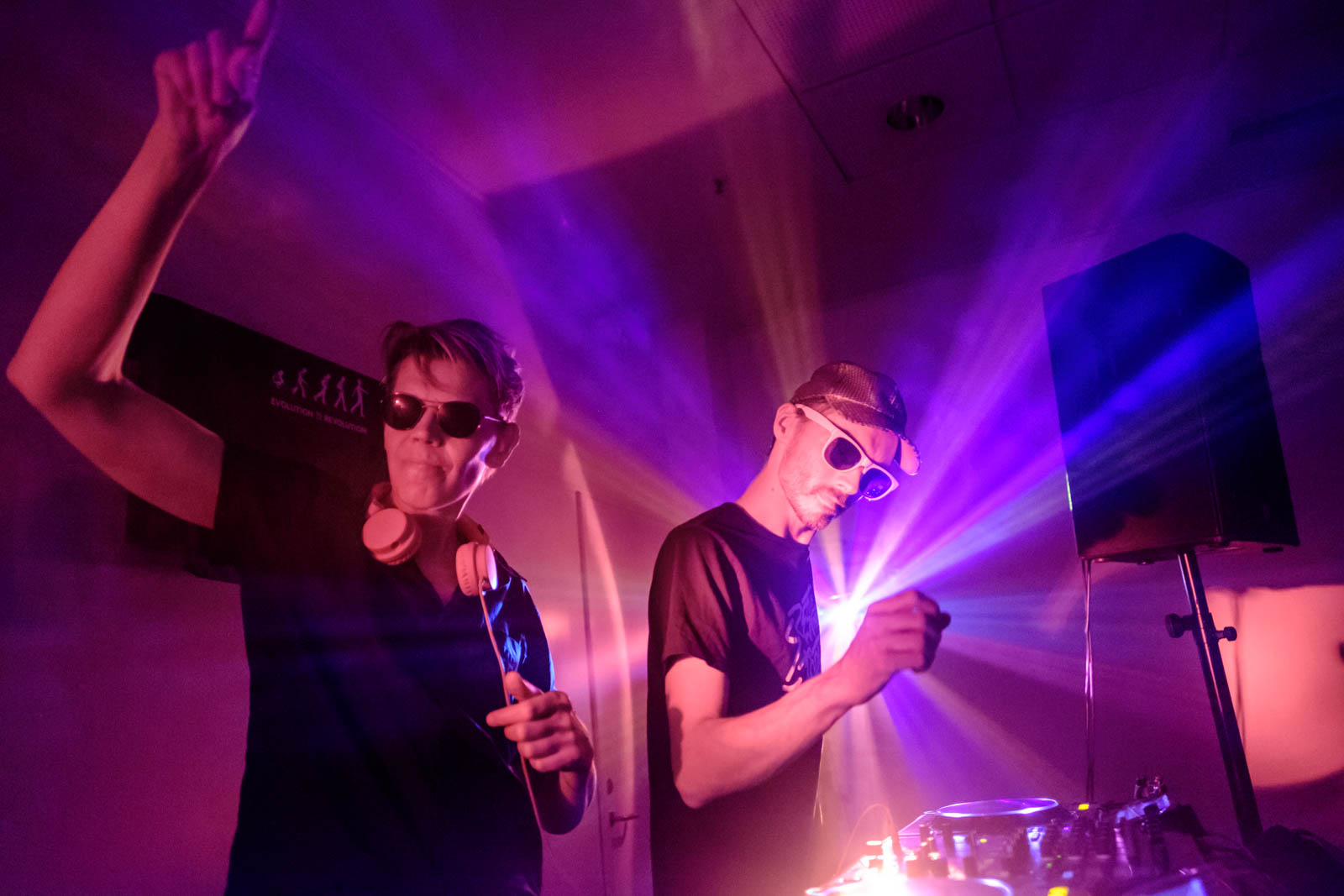 I am shooting for the Strøm festival in Copenhagen for the first time. On this Wednesday night I find myself at VEGA where Major Lazer is performing. One of the Danish “warmup” DJs were called Copyflex. I have never heard of him before but his music is fantastic and really blows me away. He is also animated like no other DJ I have photographed and I run around the entire venue capturing pictures of Copyflex’ set and antics on stage. At one point, I am on the balcony and find a composition I like. With camera at the ready to shoot, I wait for a climax in the music to see what the light and what Åsmund will do. I fire off one shot at the right time and make this picture: 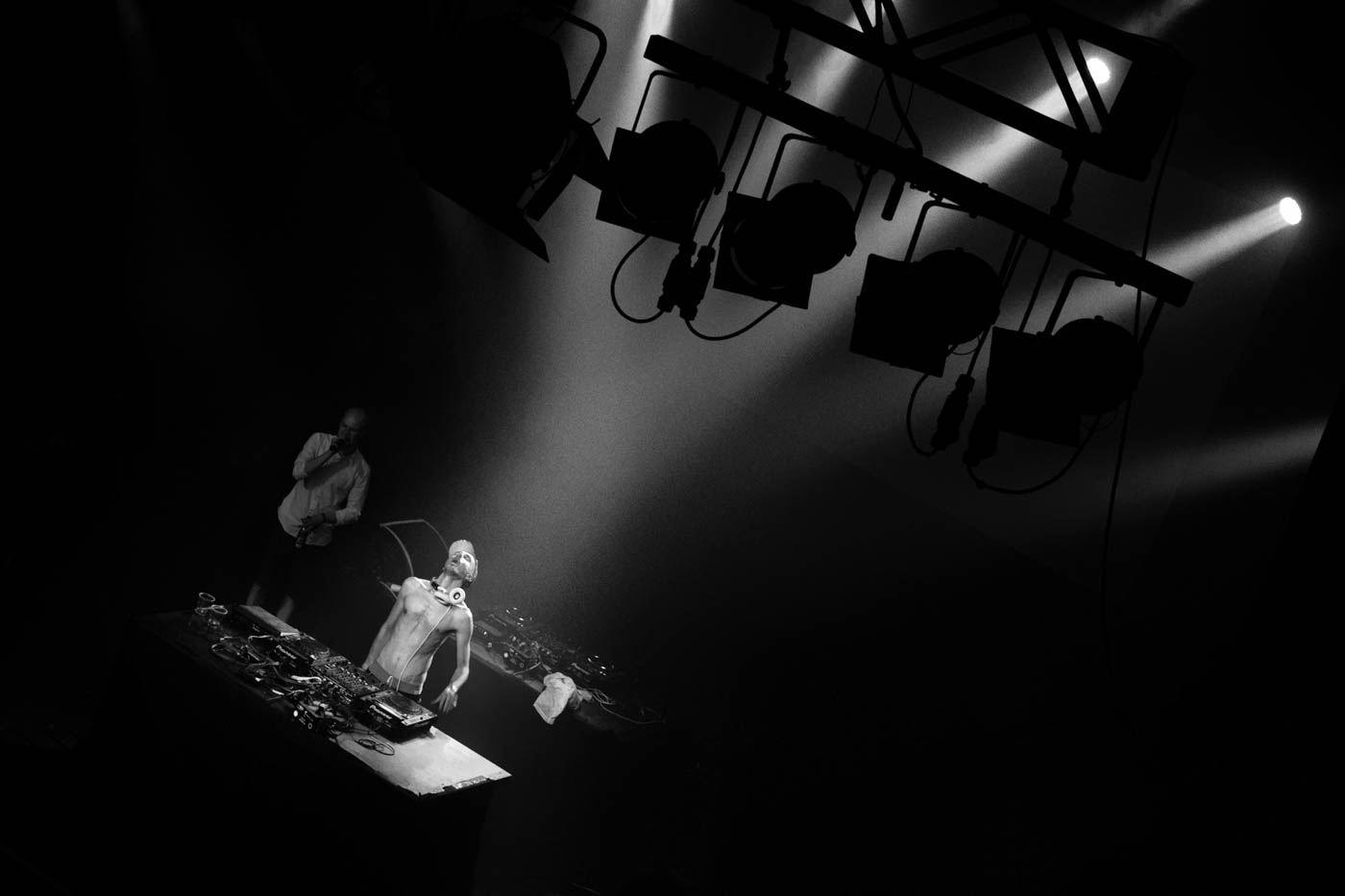 That picture opened doors and got me noticed, it got me my big breaks in music photography. I have since photographed hundreds of events including shooting Copyflex many times and he has become a personal friend. It all started with Copyflex. Now, I must pinch myself as I find myself runnning a music photography workshop with him…

We have just finished the last of 8 sessions of our Fujifilm Natklub and a dream has come true. There is about 20 minutes left before we have to pack up and close shop. Copyflex has already performed 8 amazing sessions in a row, but I have one more thing to ask of him, one more dream I really want to make reality. I want to play.

I learned to beatmix on vinyl, way back around 2000-2001. I had a lot of fun for years collecting vinyl and DJing to the walls of my living room and occasionally to friends. But I moved on, sold it all around 2004. Ever since I got into music photography I have been dying to get back into playing, but a of decent decks + a mixer is not cheap. Oh and I have no home, nowhere to put it. Running my own nightclub was my chance, the icing on the cake was getting to play at the end of a very long awesome day of running workshops.

So I had to ask: Copyflex, do you think we could DJ a little bit together? … a few minutes later this happened: 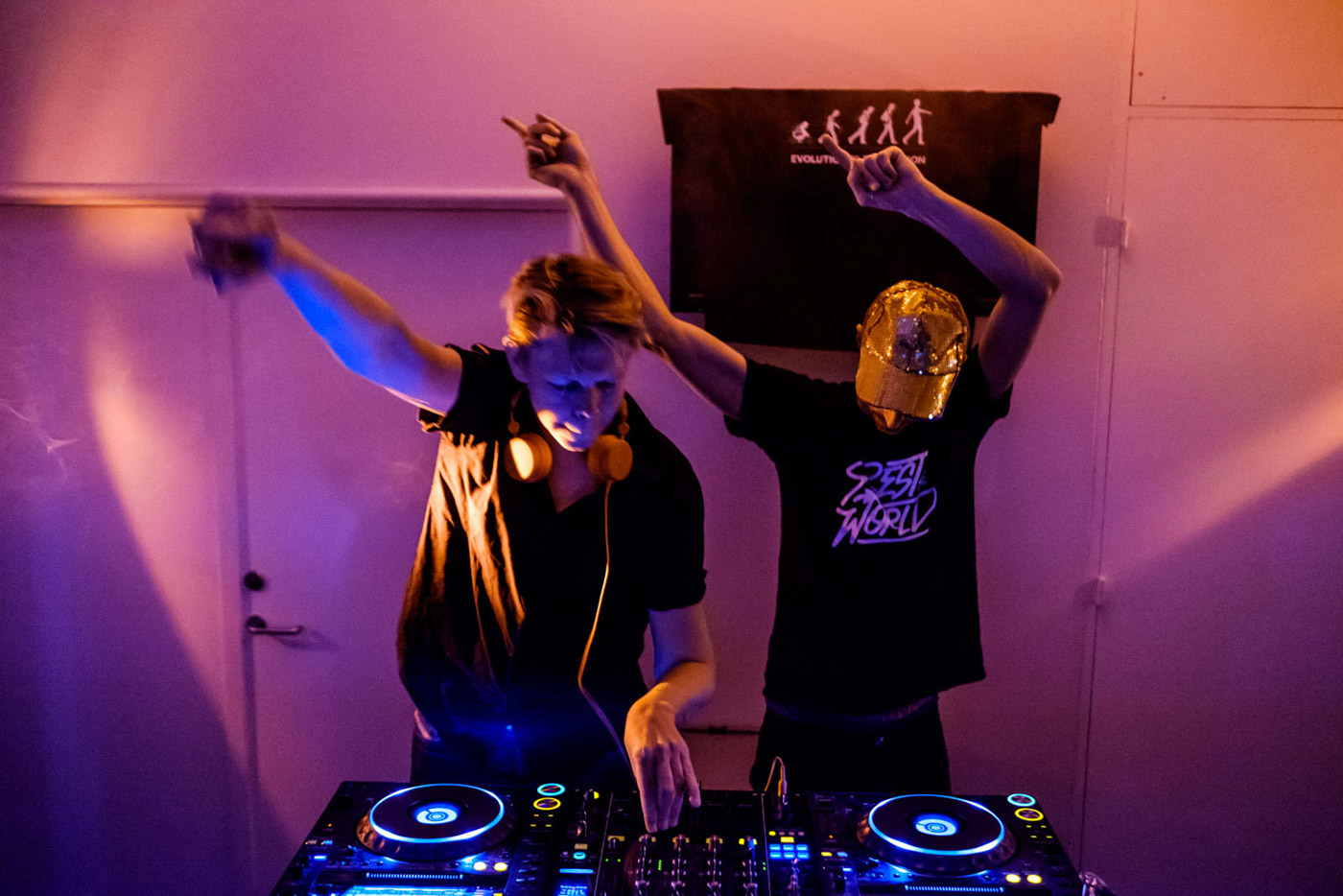 “This slider does awesome stuff!”. Image by Charlene Winfred. 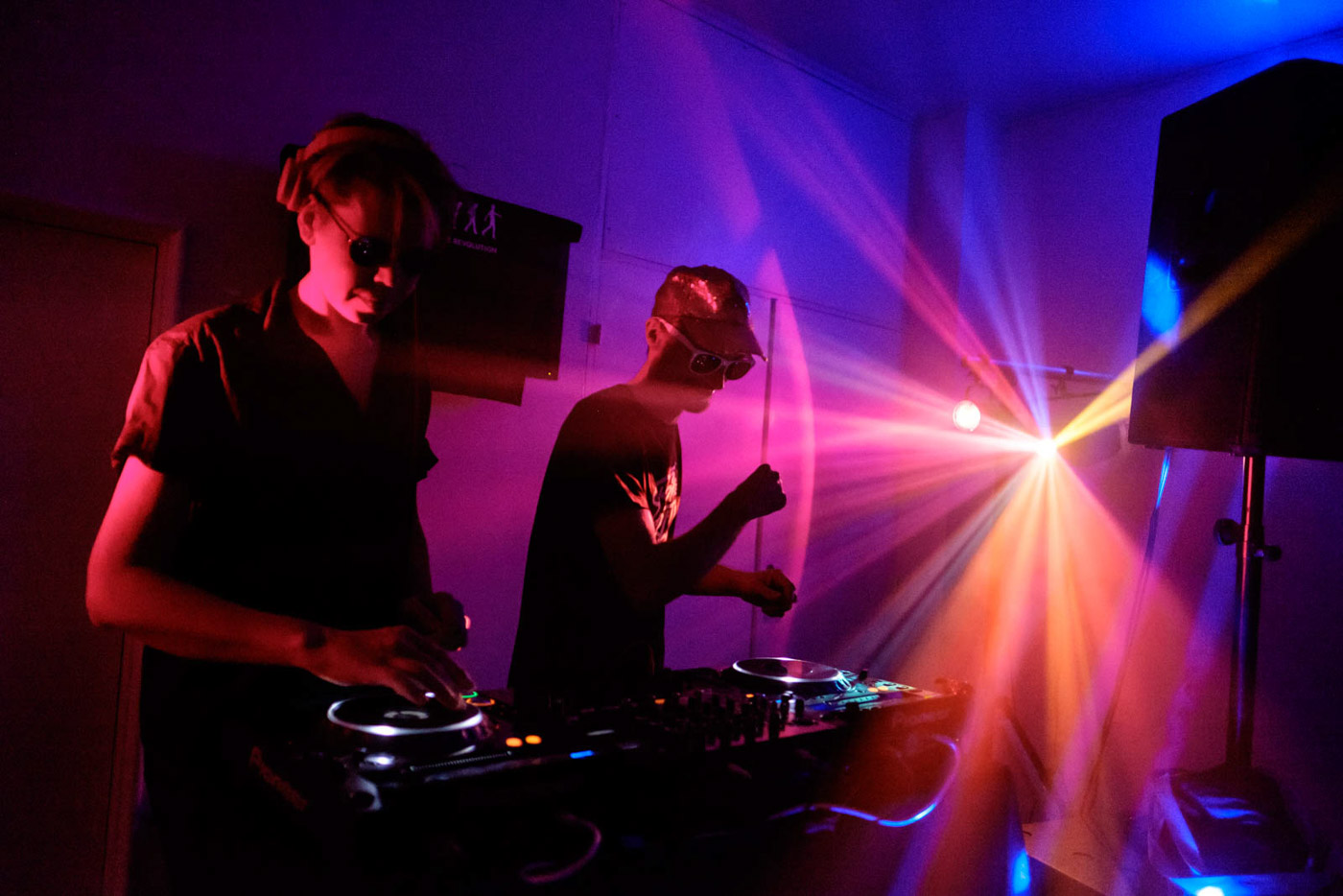 “These fancy new MP3 decks sure are different to my 1210s and boy there’s a lot of buttons!”. Image by Charlene Winfred. 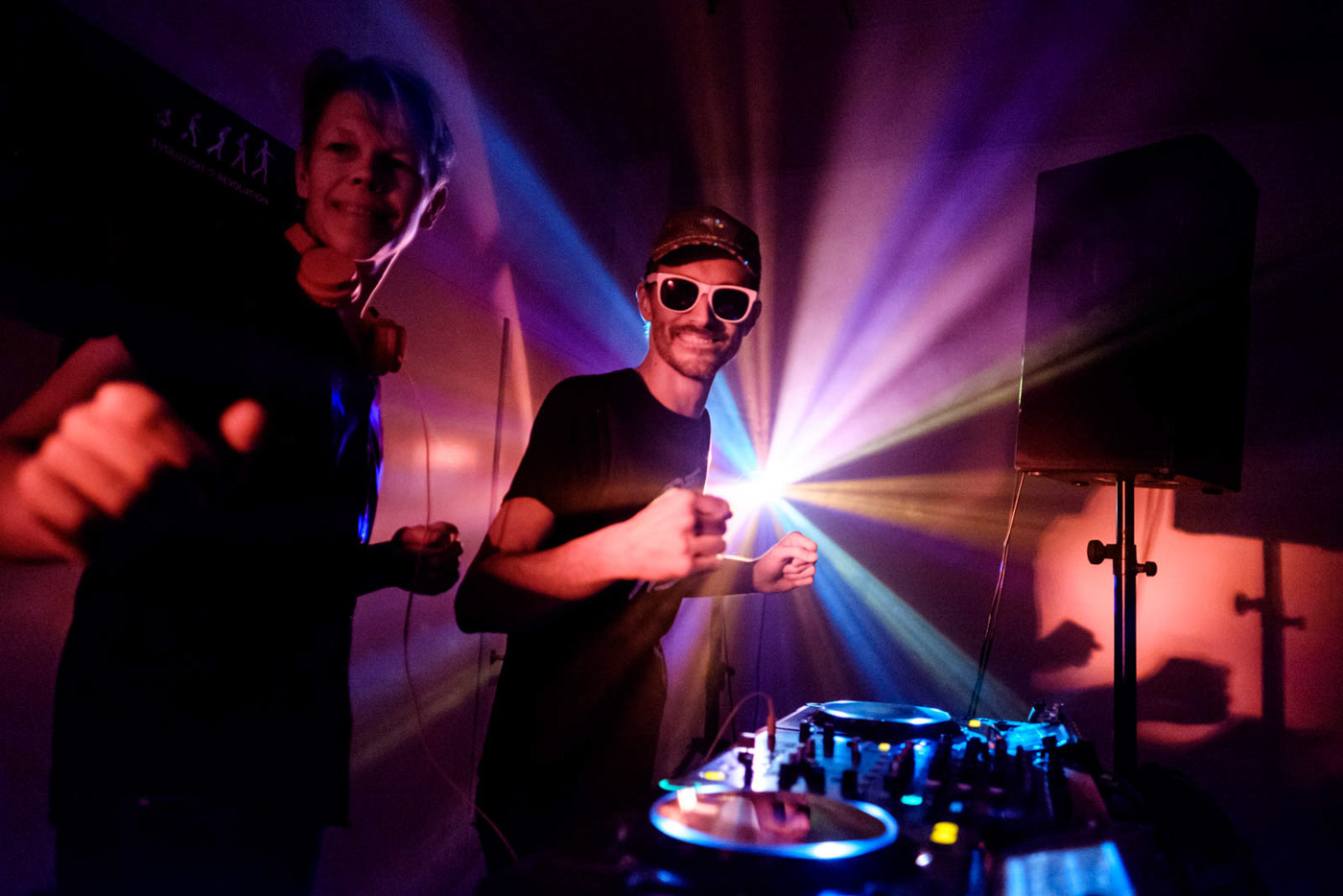 With hands that big, I must make a good DJ!. Image by Charlene Winfred. 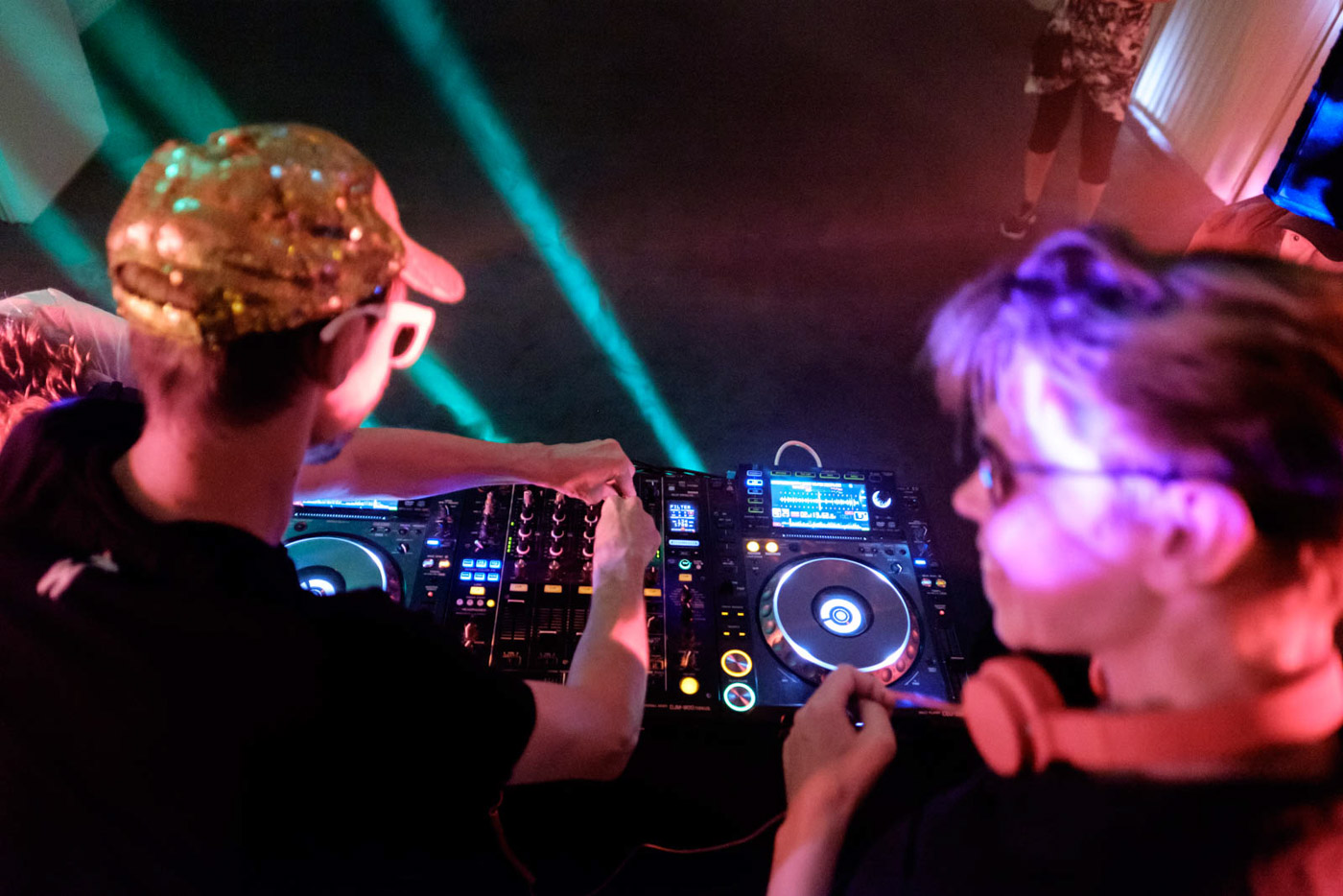 I was a very, very happy boy! . Image by Charlene Winfred. 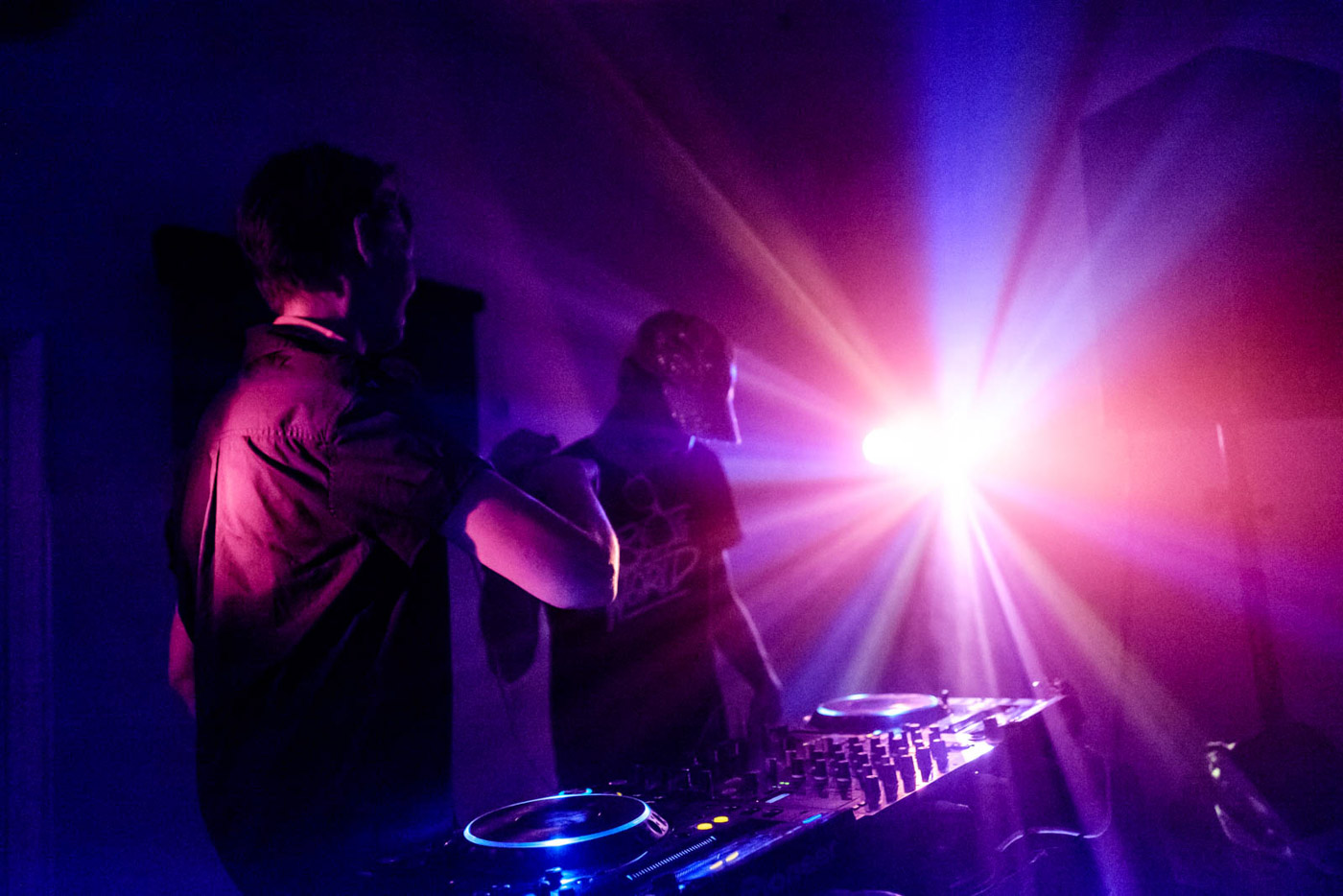 I think I almost had tears in my eyes at this point, a dream came true. One very happy and exhausted boy! . Image by Charlene Winfred.

This really was a most special day of several dreams coming true. I find it hard to put into words how much this means to me. It has been more than a week and I still replay this day over and over in my head. Thank you so much Åsmund. You have in several ways, directly and indirectly made dreams come true for me over the past 3 years.

And for the readers, do look out for the next Fujifilm Music Photography workshop. If you hang around till the end you may get to see me in action again, actually I can guarantee that!

Thanks so much to Charlene (also a dream come true!) for the pictures of the Norwegian/Danish DJ team.

2 Comments on “The Place Where Dreams Come True”