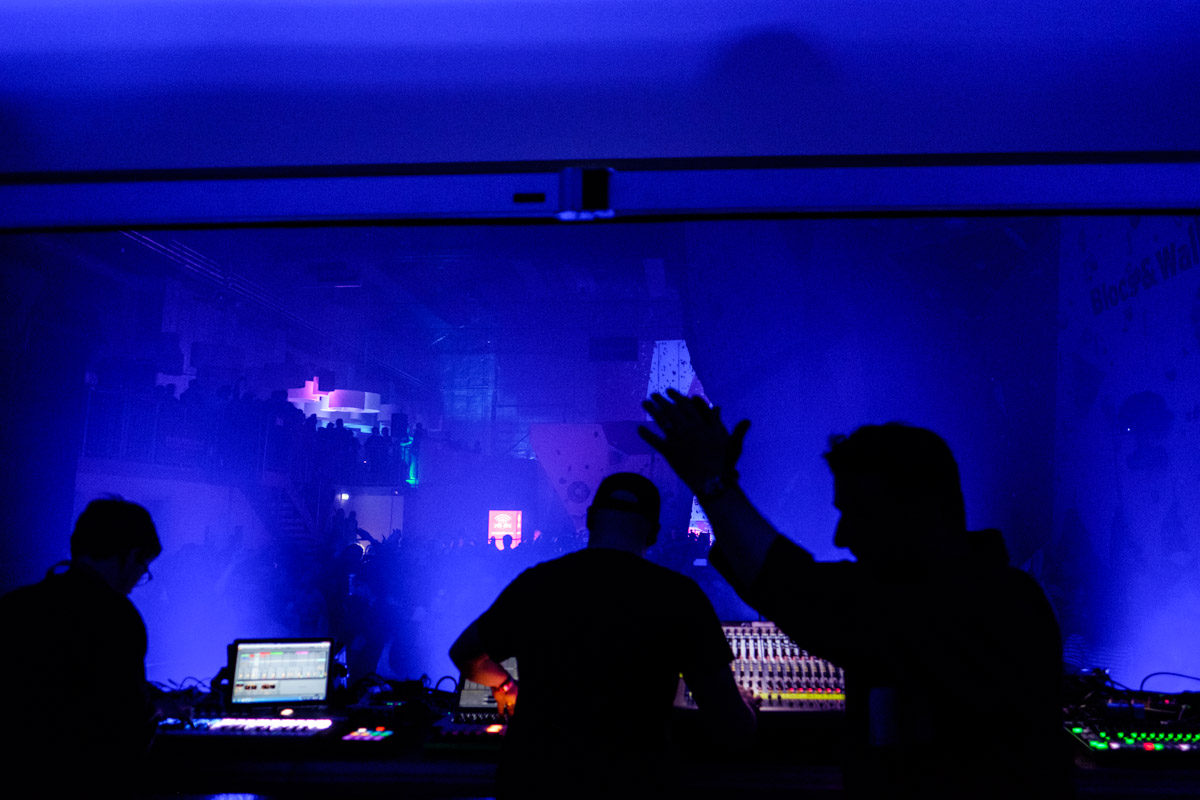 This is a behind the scene story – literally! The German super group Siriusmodeselektor was the main act of the Distortion festival 2015 and played on the Red Bull Academy stage to a completely packed out main room. Now, as the photographer you of course have to be respectful of the artists that you are shooting. Some of them are fine with you being on stage, standing in front, beside and behind them as they play. Others have different requests. In the case of Siriusmodeselektor they have so much gear on stage (seriously, it was like a NASA control center) there was not much room on stage and they requested we did not be on the stage itself, though being around the stage was fine.

I love shooting the angle from behind the artist and I really wanted this shot as the concert was ending – but how could I capture this angle since I could not stand behind them as I usually do? Here is where it came in handy to be a tall and long-limbed time-traveler! I just walked behind the scene, extended my arms and I had my shot. Charlene laughed and captured a behind the scene of me shooting behind the scene! 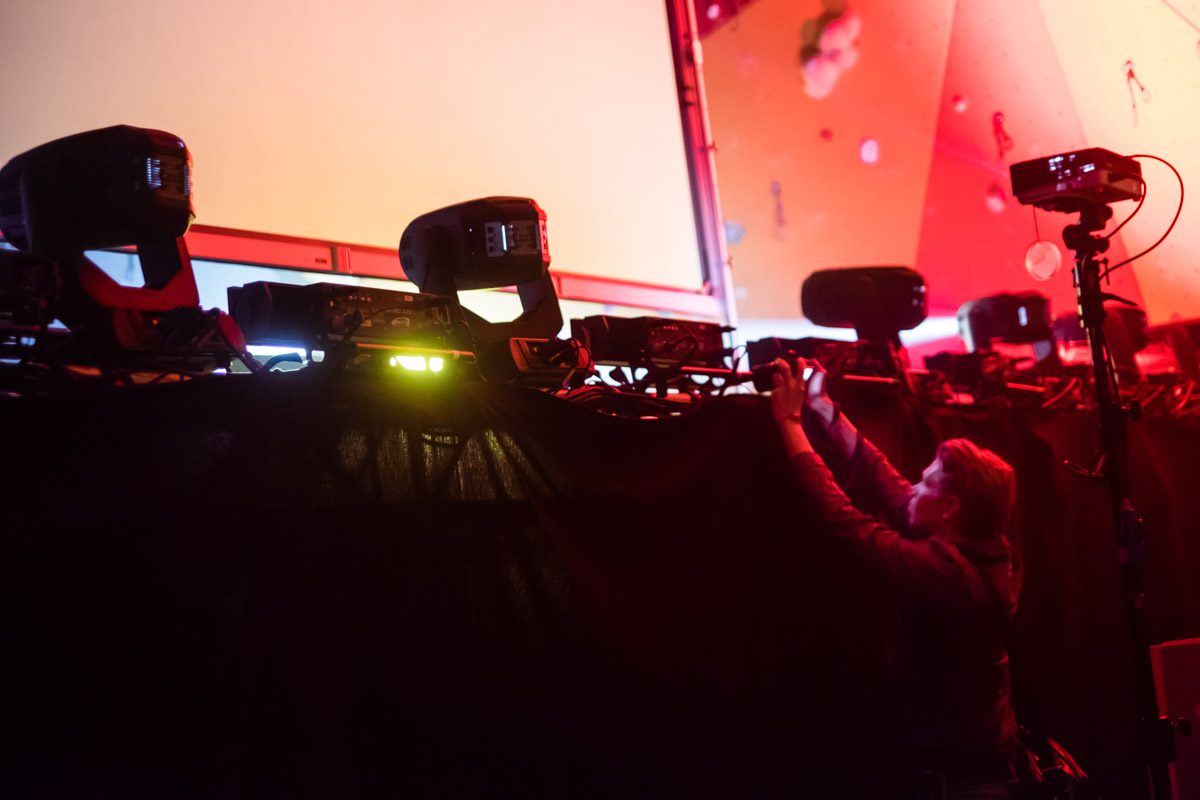 Psst. More stories like this one are in my Get In The Loop ebook about music photography!