Okay my favourite glass is the one filled with a large, very large, pour of high quality dark rum. But when it comes to glass I can mount on my cameras then the Fujinon 16mm F1.4 WR is the favourite, my desert island lens. Actually, on a desert island, I would take the rum. Back to the 16. I was fortunate enough to be part of the sample shooting and testing process for the 16mm lens Fujifilm back in March 2015. Since then I have used this 16mm lens, actually that same prototype, about a million times and I love this clunky thing to bits! 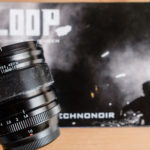 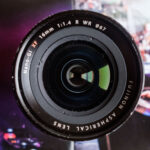 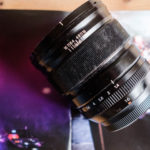 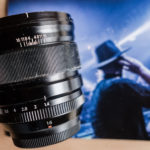 What could be better

“I’ll have a triple Zacapa with a 16mm” gallery

A lot of people seem to think that a wide-angle lens is solely for shooting a really wide huge field of view. It IS of course, sometimes I just want to aim it at the crowd and try and fit in all 100,000 of them. BUT for me the most important part of the wide angle lens is to be able to stand really close to an artist and still capture the environment.  I love this viewpoint, where you can see the artist, the crowd, the lights, in different layers and composed to perfection (well I can dream!). I can stand in a super cramped small DJ booth and still fit in the DJ, the gear, the crowd etc – or I can stand on a huge stage and get in the artists and the crowd and the scale of it. Layering layers with a large difference between the layers (that is a lot of layers!) is my thing. That is why I dislike the compressed view of a tele-lens. Where was I? Pictures, right, pictures I have made with this wide-angle wonder. Here we go – do read the captions too. 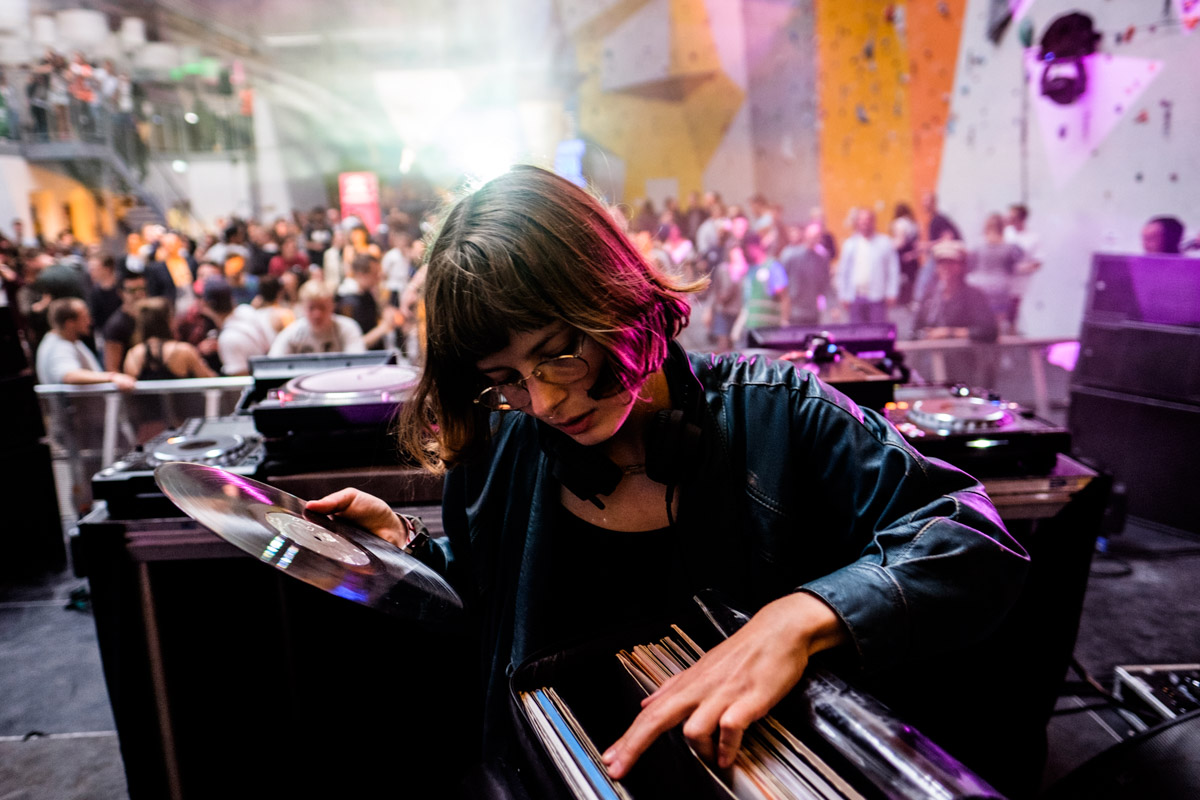 Courtesy at the Red Bull Music Academy stage at Distortion festival. This is precisely how I want to shoot and compose my 16mm shots. I know the artist and stood just behind her record box so I could be ready when she turned around. It is uncropped, I nailed it! 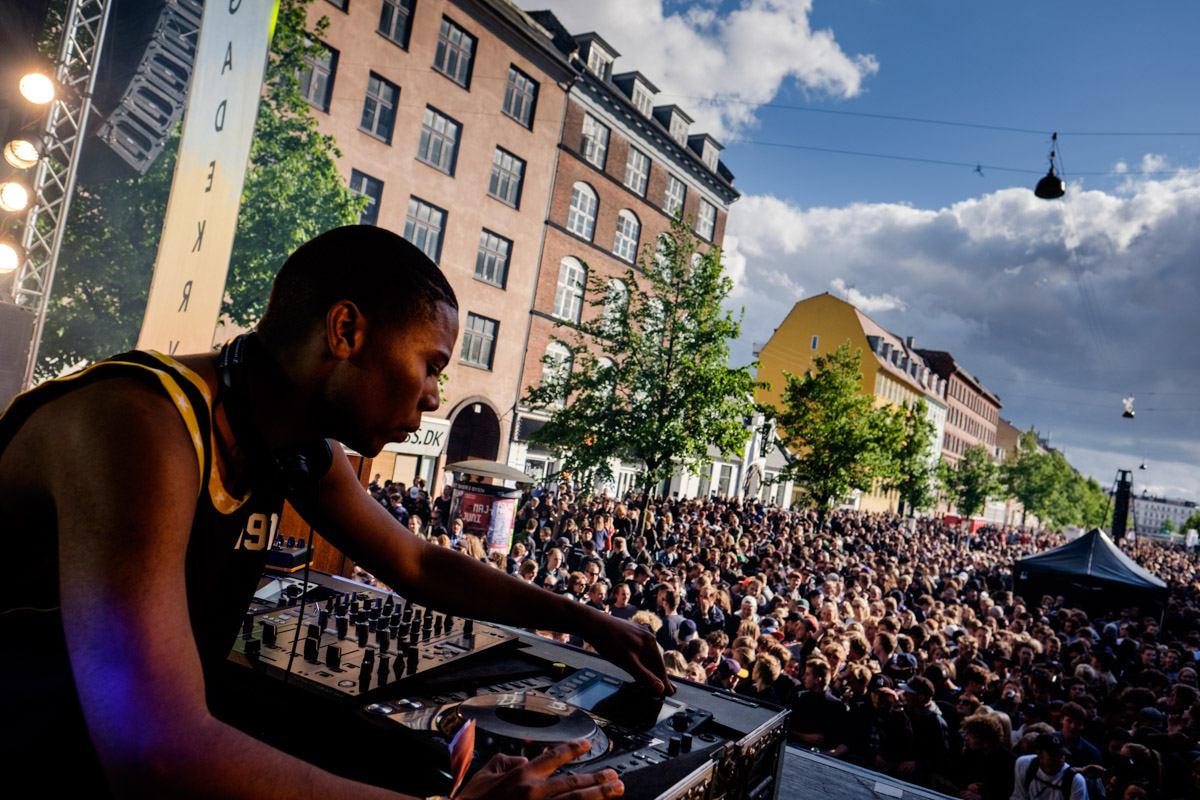 Another favourite of mine, DJ Shaq performs at Red Bull Studios live at Distortion in Copenhagen and with the 16mm I can get him and the city and the massive crowd in one composition. Uncropped. 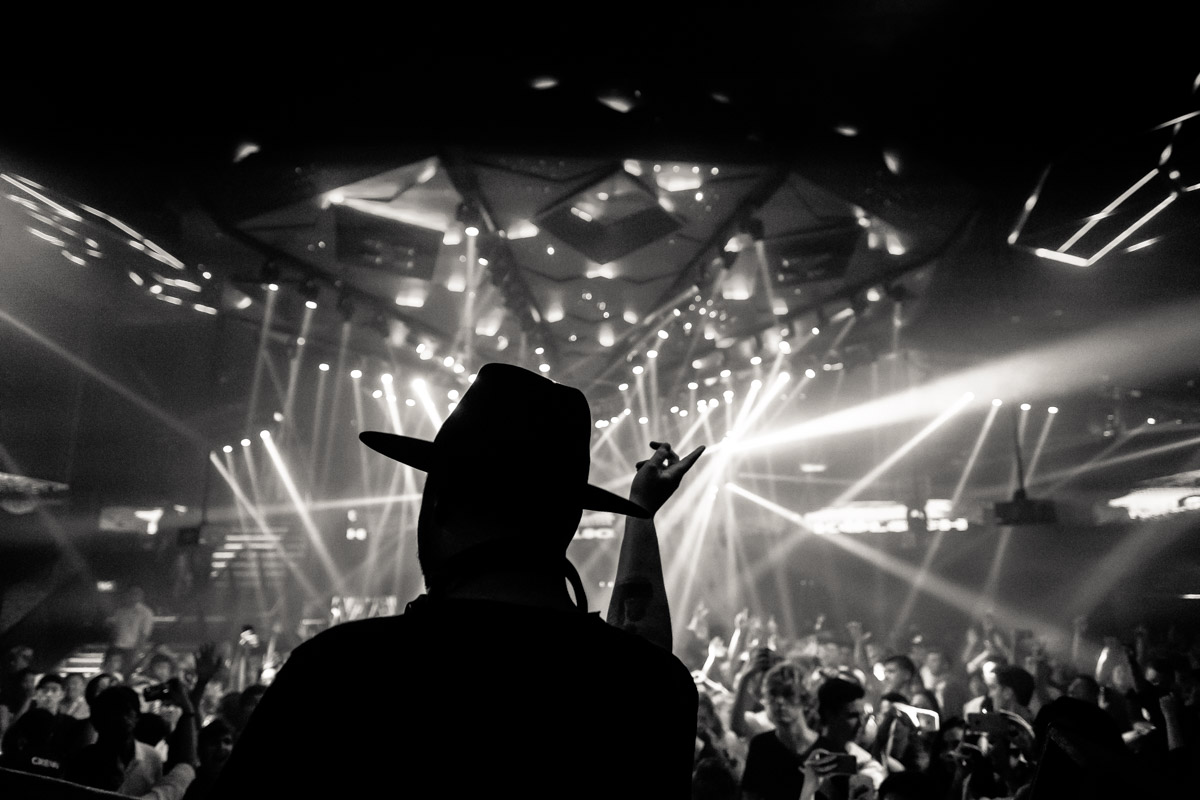 Kölsch plays at Zouk Singapore – I met up with Kölsch beforehand and as he walked into the booth I walked right behind him and captured this wave to the crowd. 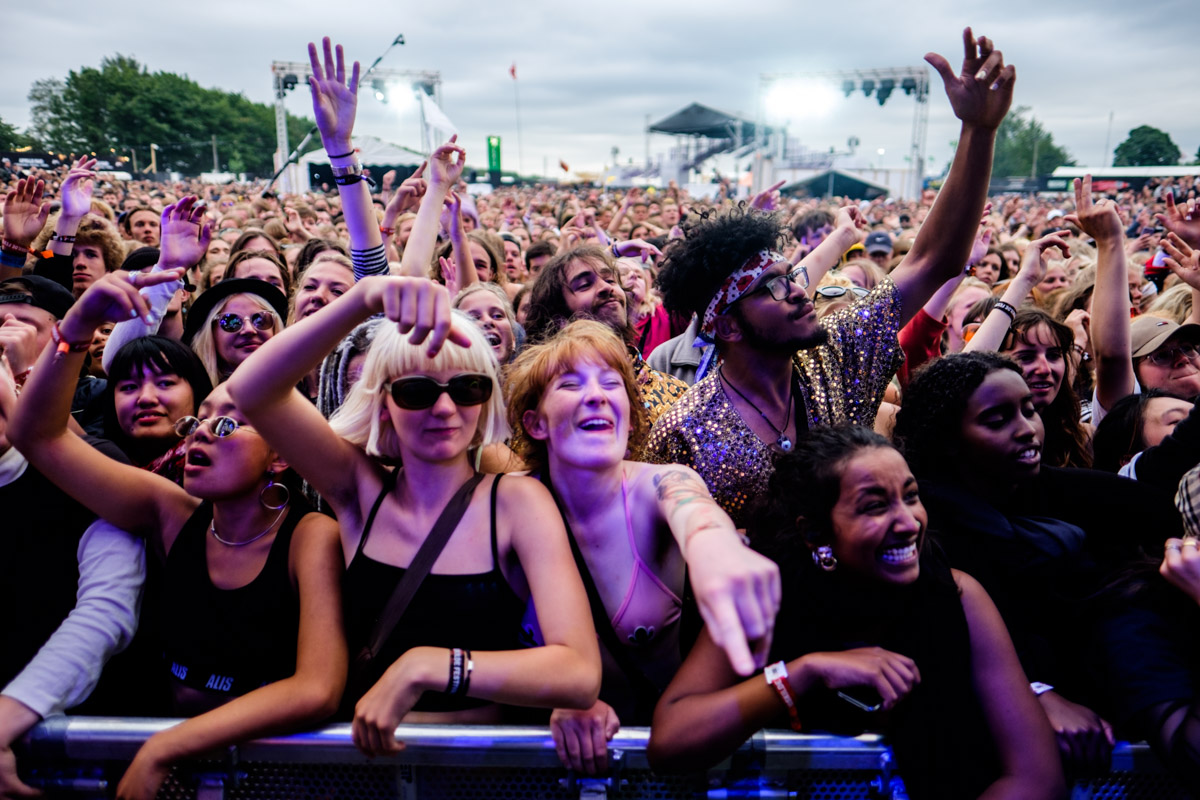 A more traditional use of wide-angle, from the photo-pit towards the crowd at a Princess Nokia concert at Roskilde Festival. The trick is to get really close so you feel immersed in the crowd. 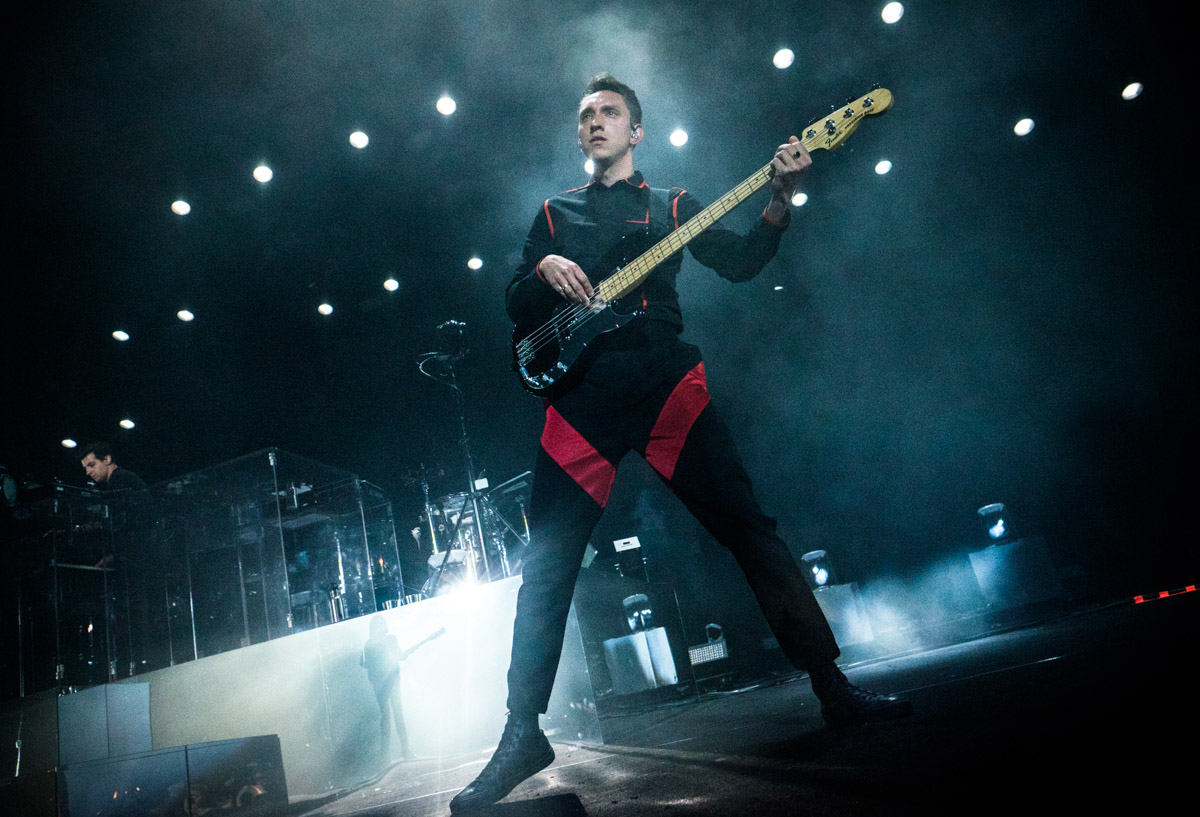 Oliver Sim of The XX and this is where wide-angle is a pure necessity. Locked in position in a photo-pit and the only way to fit all of him in is wide-angle. Uncropped. Bonus points if you can spot Romy btw!

Arcade Fire at Roskilde Festival and let’s get wide! I also really like using the 16mm for cropped-panoramas, I just shoot this in one shot – and crop, voila! 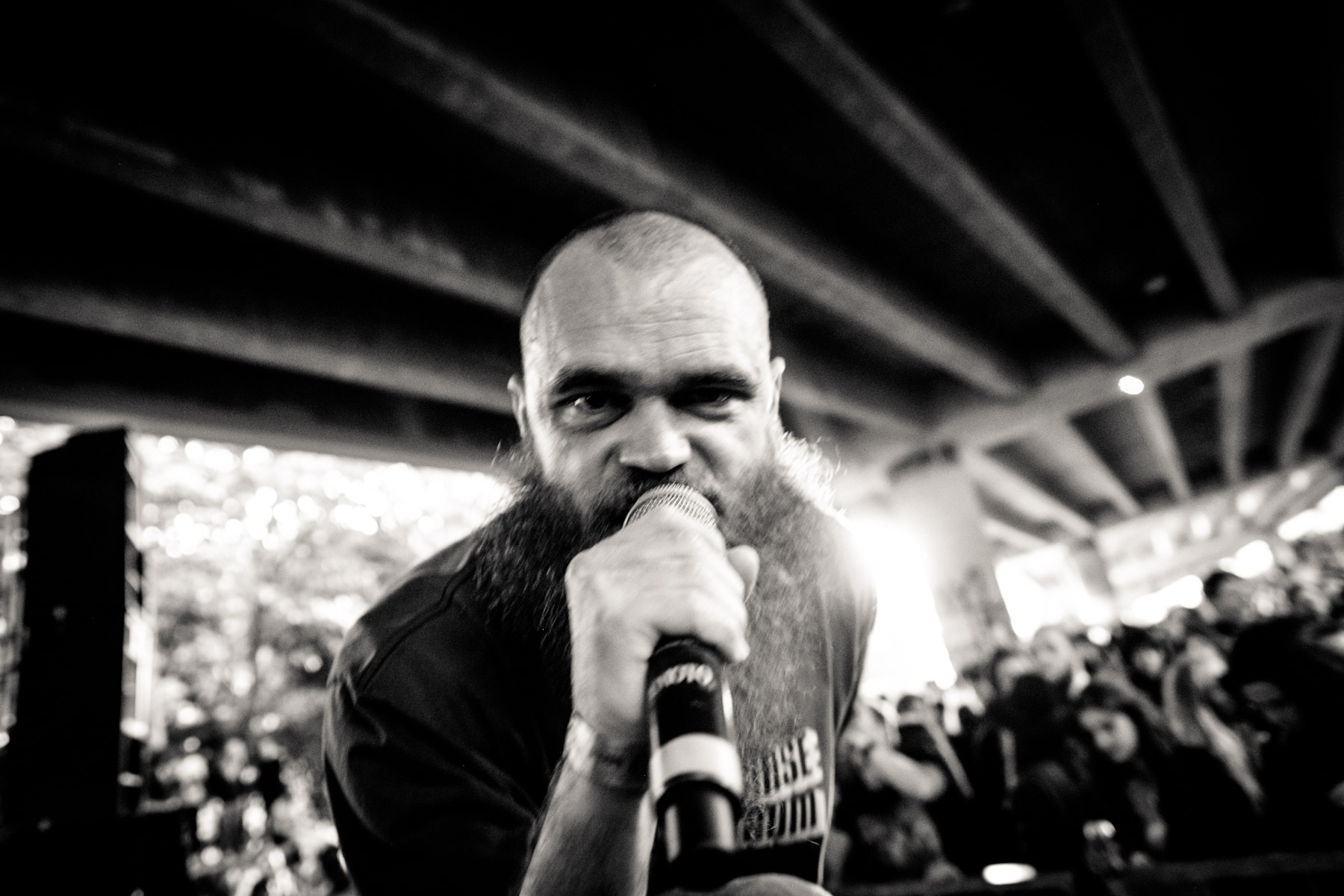 Back to what I really like, being close with a wide-angle. Raske Penge was faster than my manual focus so it is lovely soft but who cares, you have Raske way up close and still have the whole event behind him! 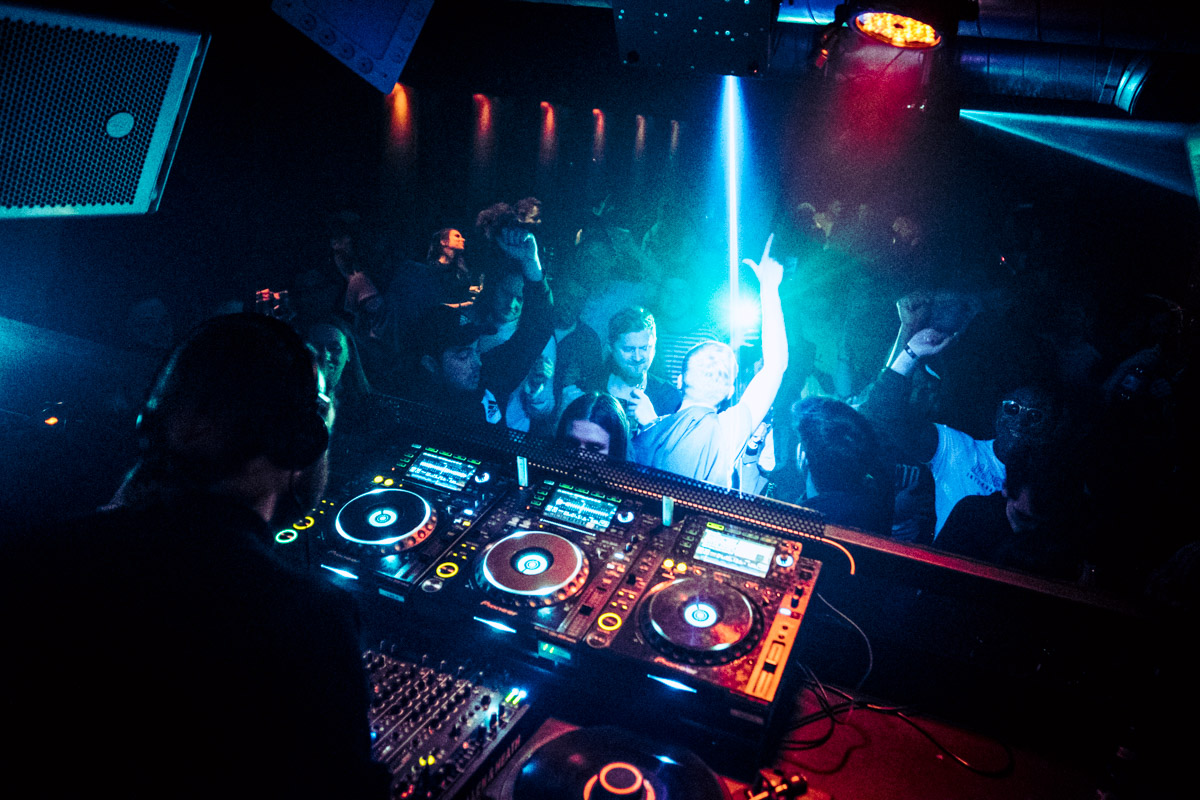 Gerd Janson at Culture Box in Copenhagen. This is a small DJ booth but with long arms and a 16mm lens and magic skills you can make this composition! Btw the reason that dude is so lit up is both that beam from the ceiling but also a buddy with an iphone flash in front of him! I waited an hour in the booth for something like this to happen. All good things to those who wait. 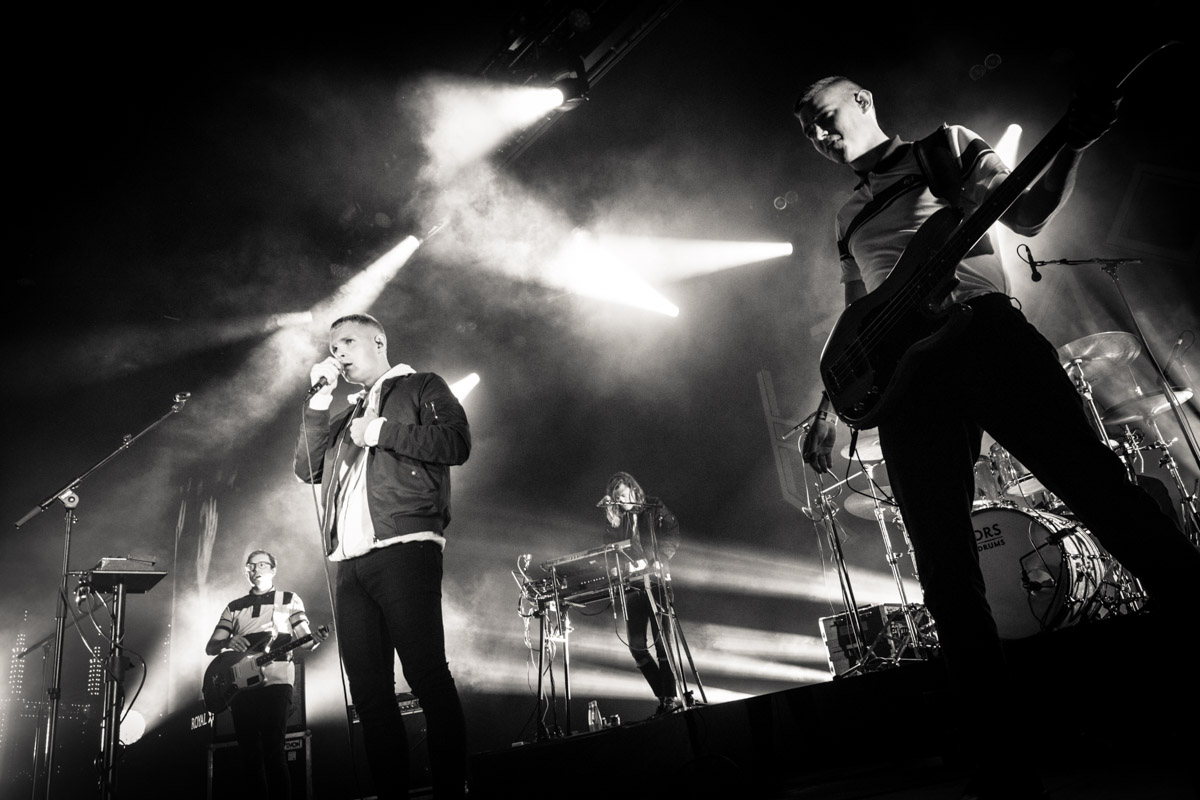 The Minds of 99 in Tivoli. Here I am in front of the stage, perfect 16mm territory. This is a good example of an “almost” image. This almost works. I really, really want to fit in all 5 players in the band, nicely spaced, unobstructed, no mikes etc in the way. This is damn difficult during a show. I constantly move around and got 4 of them really nicely spaced and then Asger in front obscures Louis the drummer. Darn, so close! 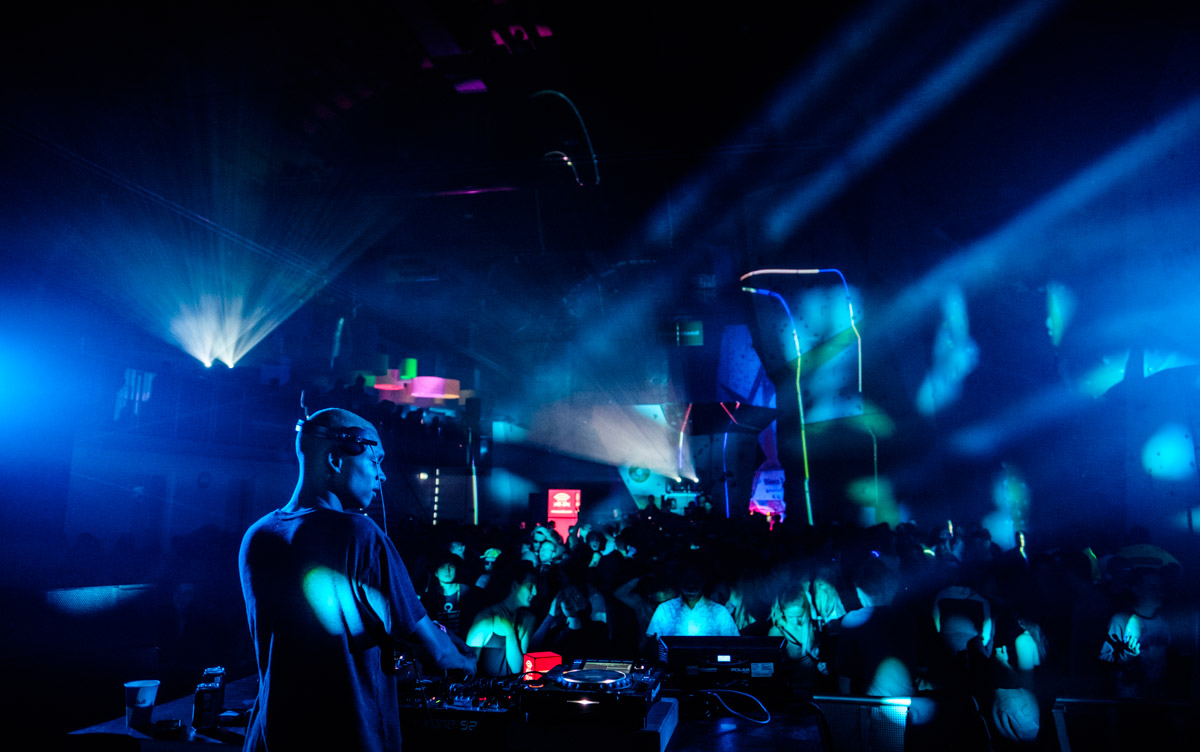 Bambounou performs at Red Bull Music Academy stage at Distortion festival in Copenhagen. It is not often that a venue and the light show is so gorgeous, that I can step back and shoot this wide a view and it looks amazing without a load of crap coming to view in the frame. Best looking event I have ever shot. 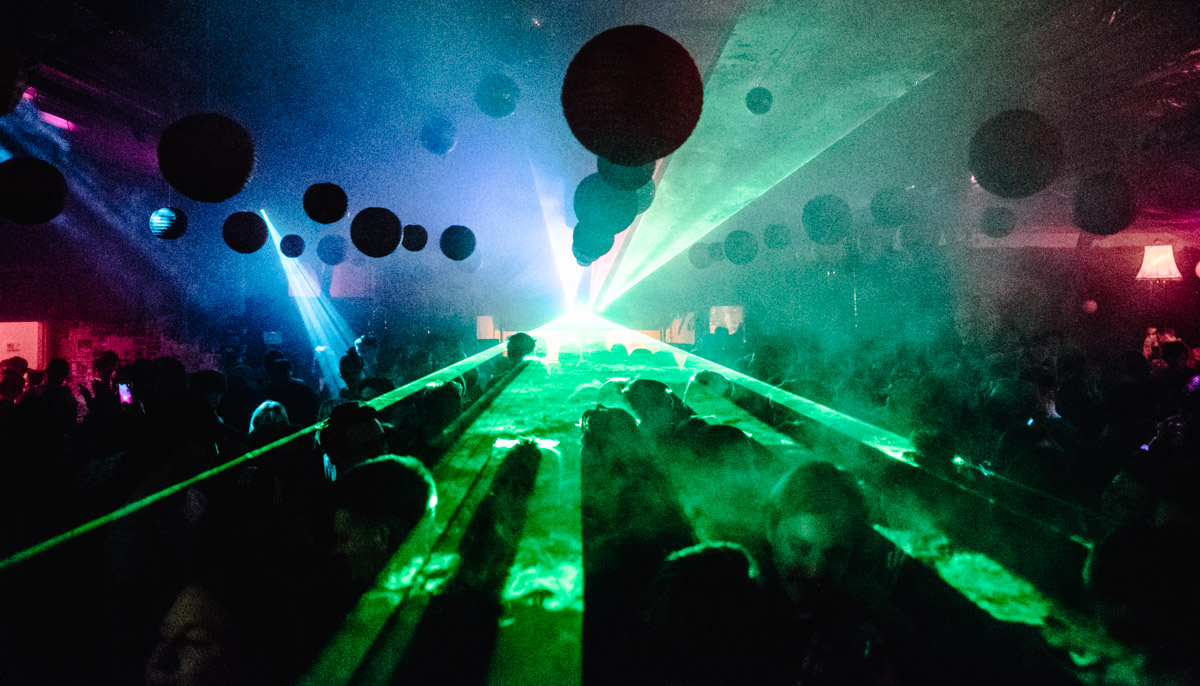 Sydhavnsgade disco-rave from another planet! This is a classic view of how I use the 16mm at times, walk/bump around in the crowd and shoot straight into the light. Super dark venue, manual focus. 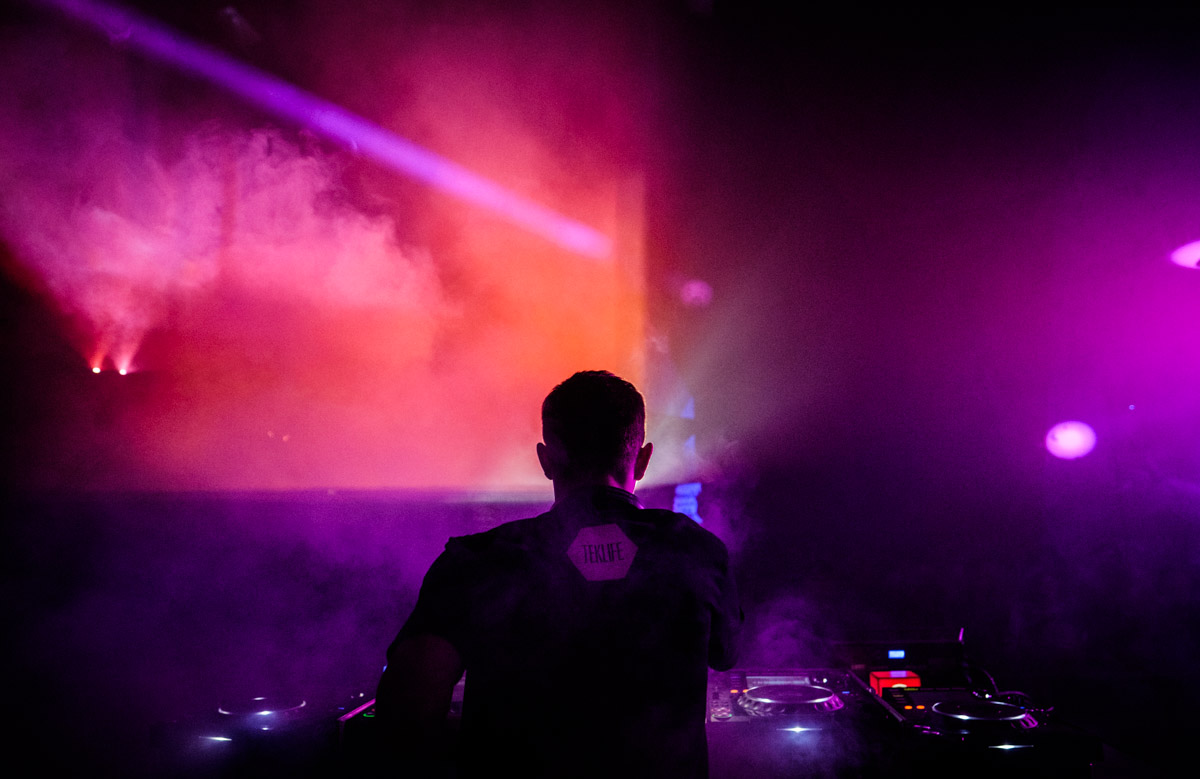 Bok Bok performs at Red Bull Music Academy stage at Distortion festival in Copenhagen, the same venue as the Bambounou shot 2 images above. So insanely gorgeous event and perfect for the 16mm and me standing right behind the artist. 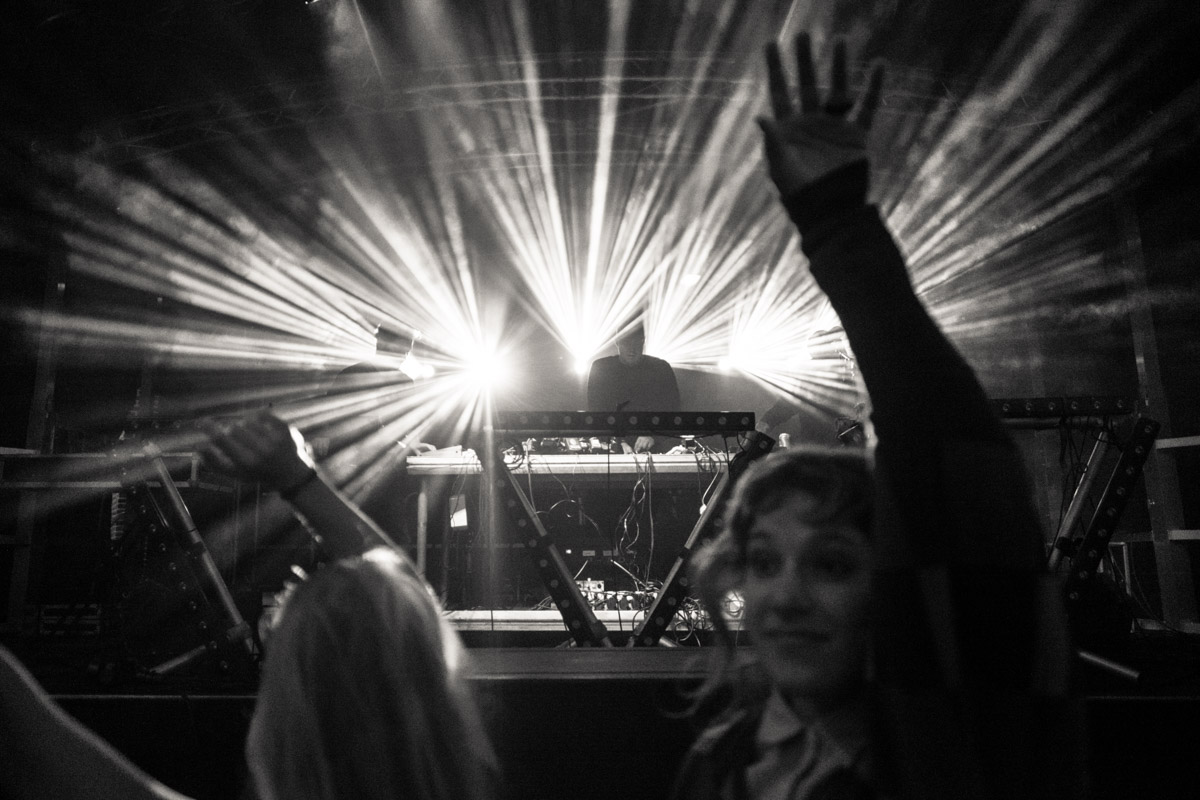 AV AV AV at Strøm festival 2016 and again, walking around the crowd and shooting straight at the lights. 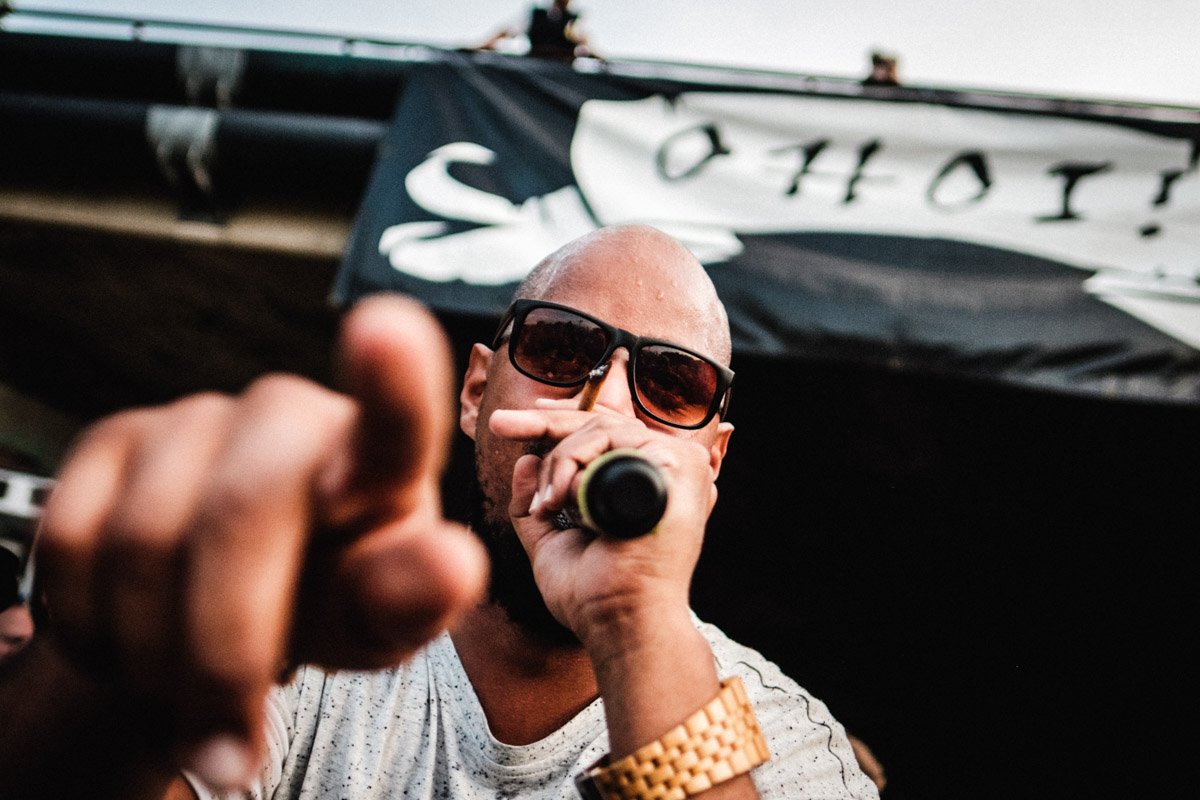 MC Black Daniels at Bas Under Buen Odense 2017. I know Daniel and he is always a joy to photograph – here he is playing straight to my camera, somehow I nailed that focus pretty well and I had time to bend the old knees and kneel a bit so I could get the big banner just above him too. Composition people, gotta work for it. 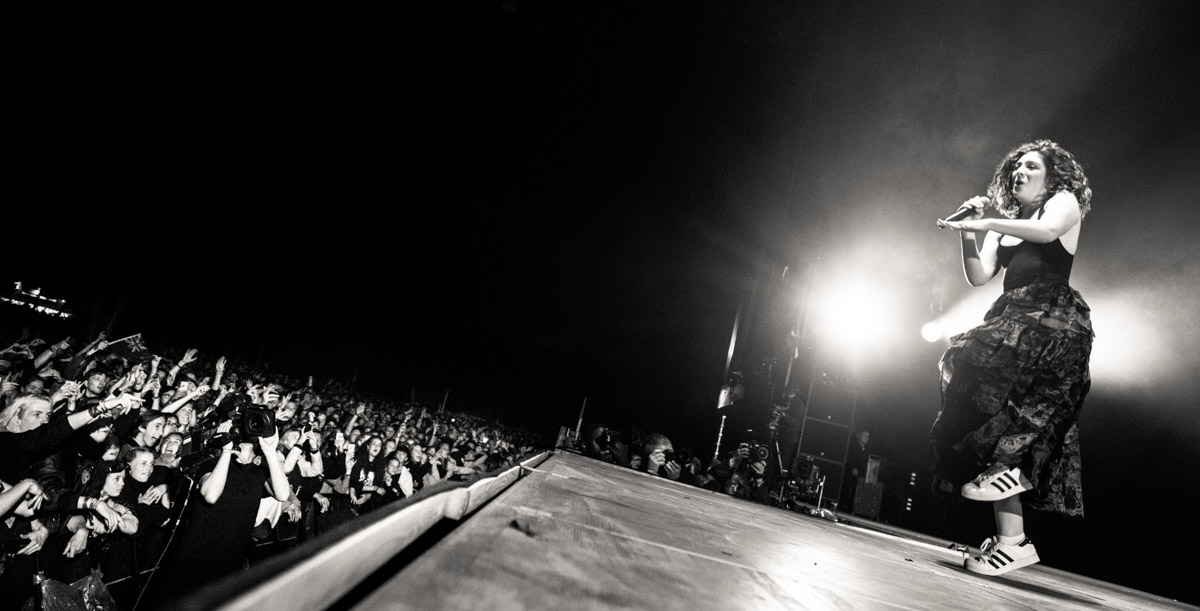 Lorde at Roskilde Festival 2017, a bit surprised by the steep stage I bet! I like wide-angle cropped panoramas. I like the artist and the crowd in the same shot. And when the stage is taller than the crowd, you gotta get creative and tilt that camera!

Strøm festival 2016 at Red Roof, DGI-byen in Copenhagen. Think you cannot make an in-camera stitch with a 16mm lens? Think again! Of course it is distorted, but shot out a hotel room window and very close to the event, the 16mm was the only way to fit in everything. The event is unfortunately just starting and a bit empty here, it was packed later on and that would look better but then the dusk light would be all gone. Nature is so inconsiderate. 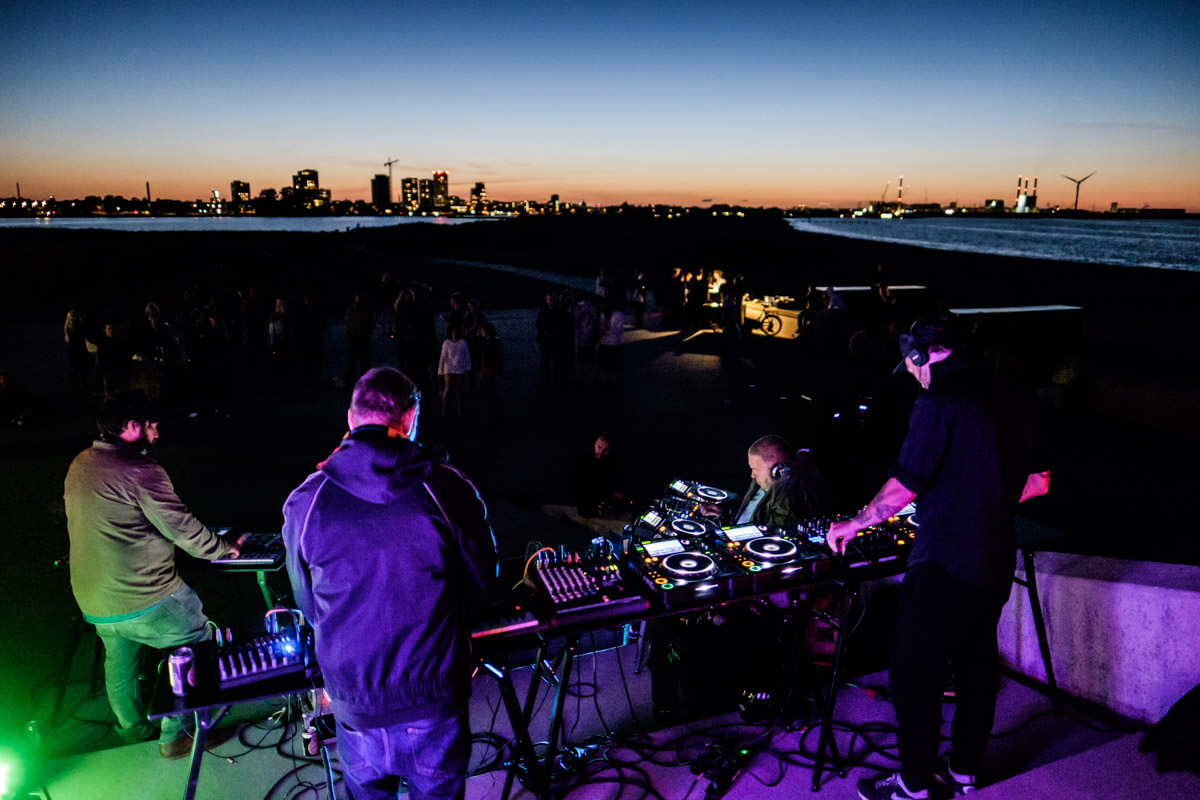 Legends! Skipper Røvskum at Strøm festival 2015 and a prime example of everything I try to do with the 16mm lens. Now, no one is moving here so I have time to compose this un-cropped picture. It was a rare gorgeous summer night and this concert was at Amager Strandpark beach. Of course I want to create a shot with the band, the crowd, the ocean, the skyline and the dusk sky. And I want to layer it. And I pretty much nailed it all. It is also super dark so I really needed the 1.4 aperture to keep my exposure time at 1/50. You could doctor this image a lot more, bring out more details but I don’t want to, I want it to look dark, it was super dark and the crowd was barely visible. I want to keep the light on the performers and the sky.

That was my salute to my favourite glass for a camera, The Fujinon 16mm F1.4. If you want to shoot wide and in low-light, this lens is total magic.

PS. I forgot to add: For some reason, in a totally dark night club where I cannot see anything at all – for some reason this lens is just so damn hard to mount on the camera! It makes no sense at all, it is the same mount and yet I can mount the 35mm and 23mm easy enough. But this 16mm I can rotate over and over again and it just will not fit into the camera. I have a general lens-mounting-disability (that is a real thing), but this lens is clearly cursed in this aspect. I have actually considered small spots of fluorescent paint. Any other ideas?