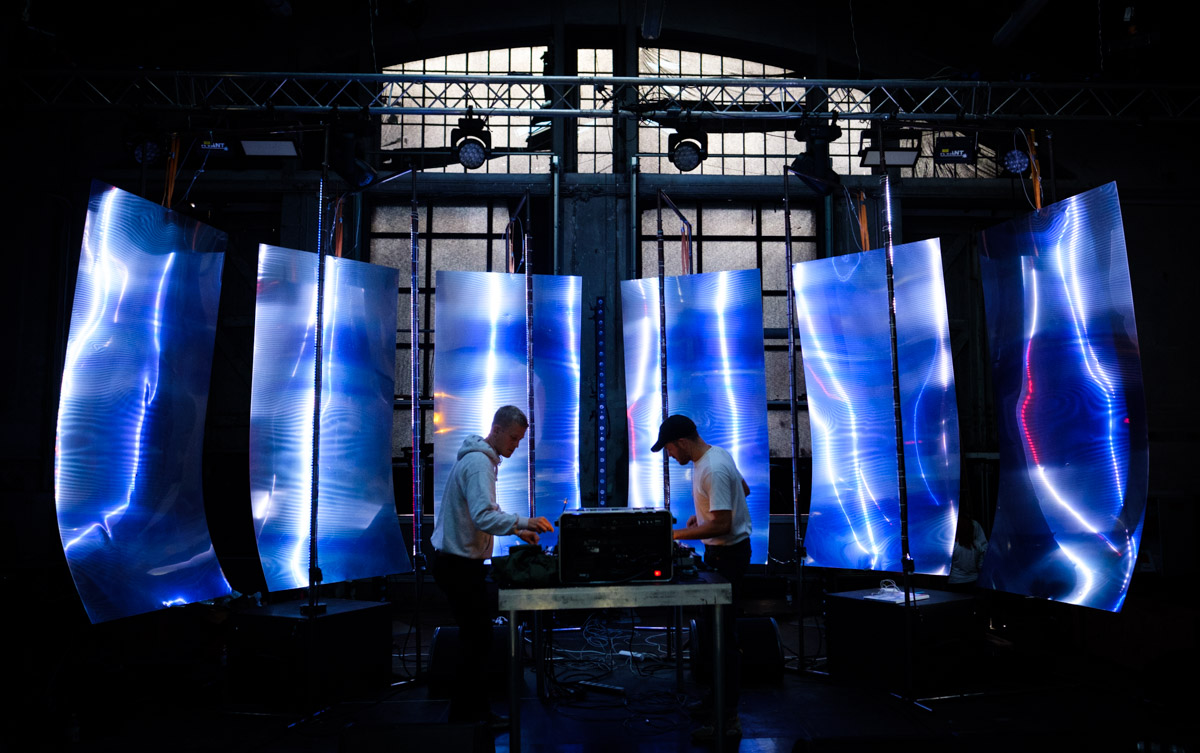 Kenton Slash Demon at Strøm festival 2017. A little secret, the reason I could make this perfect composition is because there is no audience in my way! This is shot during the sound rehearsals, I always try and show up for these if I can (in this case I work for the Strøm festival).

Kenton Slash Demon is a Danish electronic duo made up of Jonas Kenton and Silas Moldenhawer. I honestly do not remember the first time I heard them, but it was many years ago. I photographed them for the first time in 2015 and I have probably listened to their live at Day in the Desert a hundred times, I really love that set. Jonas and Silas from Kenton Slash Demon are also 2/4 of legendary When Saints Go Machine that I photographed for the first time back in 2013 at Trailerpark Festival. So I am quite familiar with them, love their work and I was very excited to see and document their new live performance back at Roskilde Festival and Strøm Festival 2017.

For the new show, Jonas and Silas partnered up with architects Lenschow & Pihlmann and electro-engineers Mathias Bredholt og Mathias Kirkegaard to create a new visual experience. In short, Jonas and Silas are surrounded by a group of large aluminium mirrors that reflect not only themselves, the audience and the room but also hundreds of tiny LED lights that are composed by the music via a MIDI feed. The mirrors really become alive with the music. You can read a lot more about it in an interview on the Strøm site (in Danish), and you can watch the opening 12 minutes of the concert from Strøm in the video below my pictures in this blog post.

The first show at Roskilde was a beta test of sorts, the system was new with 4 mirrors in place in the tiny room and the software was in early stages. It still worked quite well, but at Strøm 2017 it definitely looked a lot better as there were many more LED lights giving a lot more life in the mirrors and a more involved visual experience, a more fluid analog look to the visuals. I had the luxury of standing super close in the photo pit so I got the full almost virtual reality experience and I must admit, it works the best this way. The effect is less at the back of the room as the mirrors are not that large and the visuals become less involving. Up close it can be quite a trip and very involving. I found that I really liked the way kick drums were visualised and as such, I did wish their new music had some more kick drums (but then I am a techno head and love fat big kick drums).

I have always loved the idea of a concert being more than just an audio experience. Quite often electronic live concerts lend themselves well to having a big visual component added to them, but it works for all genres. I saw Mew live a few times in the early 00s and I really loved their sync’ed and integrated audio and visual show. I think this new audio visual performance by Kenton Slash Demon works well and is very innovative. I would personally love to see it somehow blown up to even bigger scale and involve the whole room more. I really look forward to seeing what they will do next, and I definitely recommend you check them out if you get a chance. Machines at the ready! At Roskilde Festival before the show, Nikolaj from When Saints Go Machine dropped by. 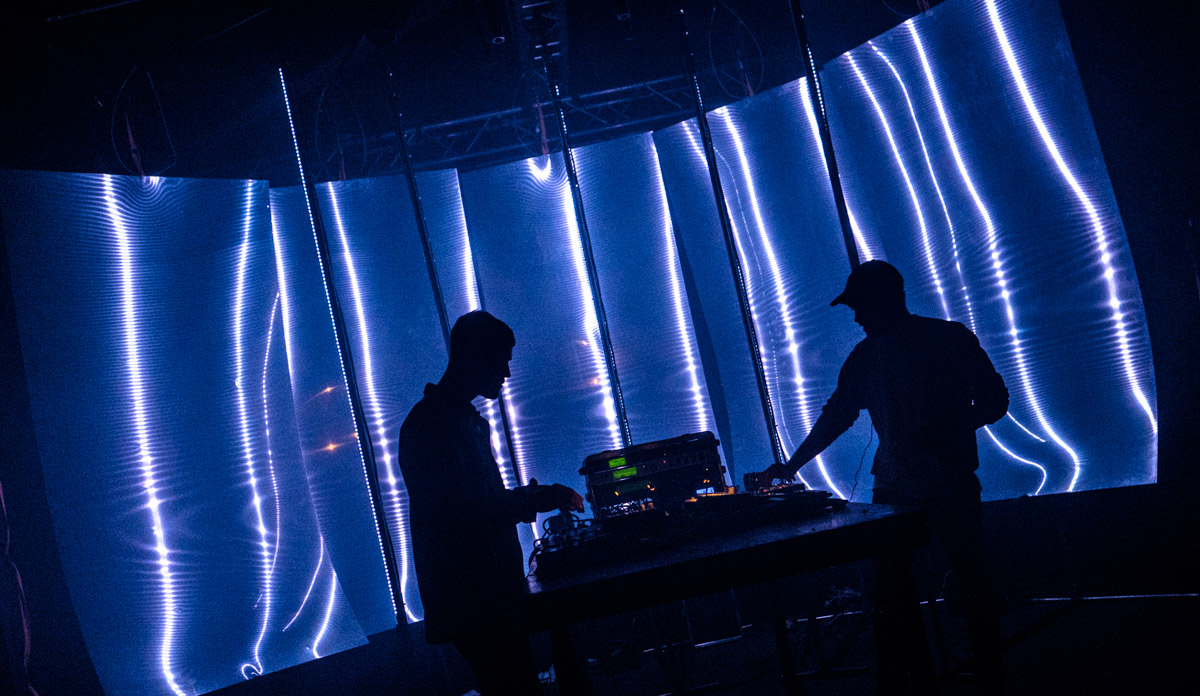 “beta” testing the setup at Roskilde. 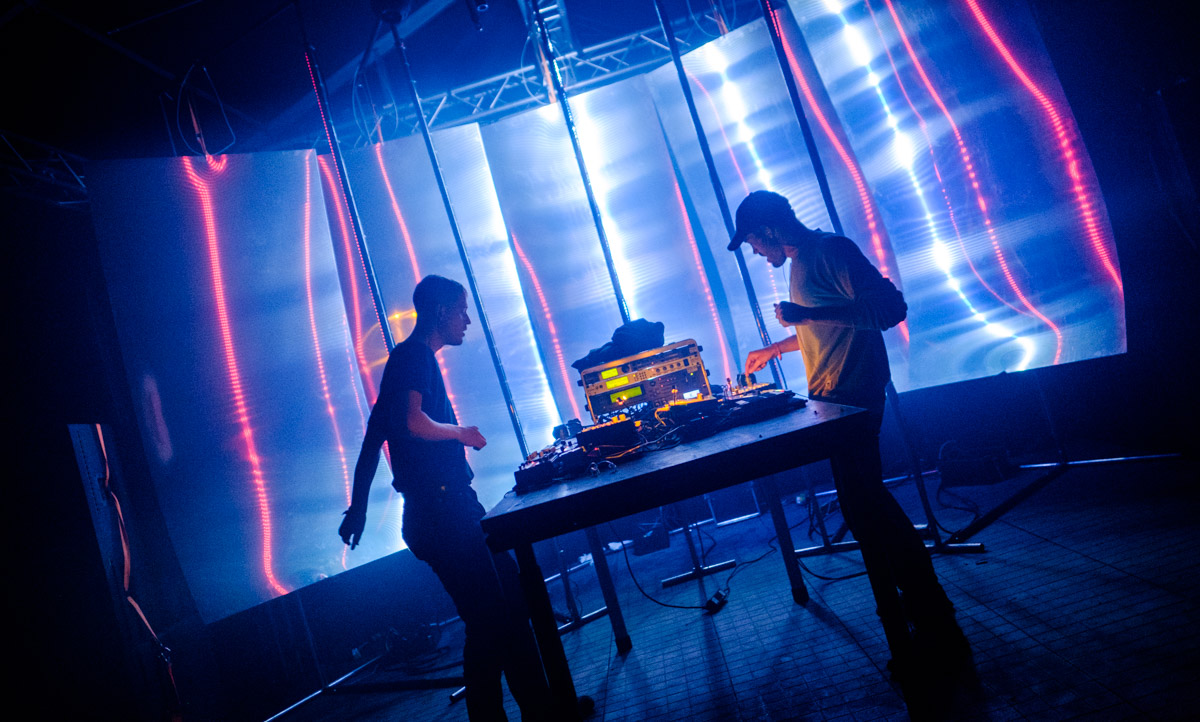 It worked great, but was just a taster. 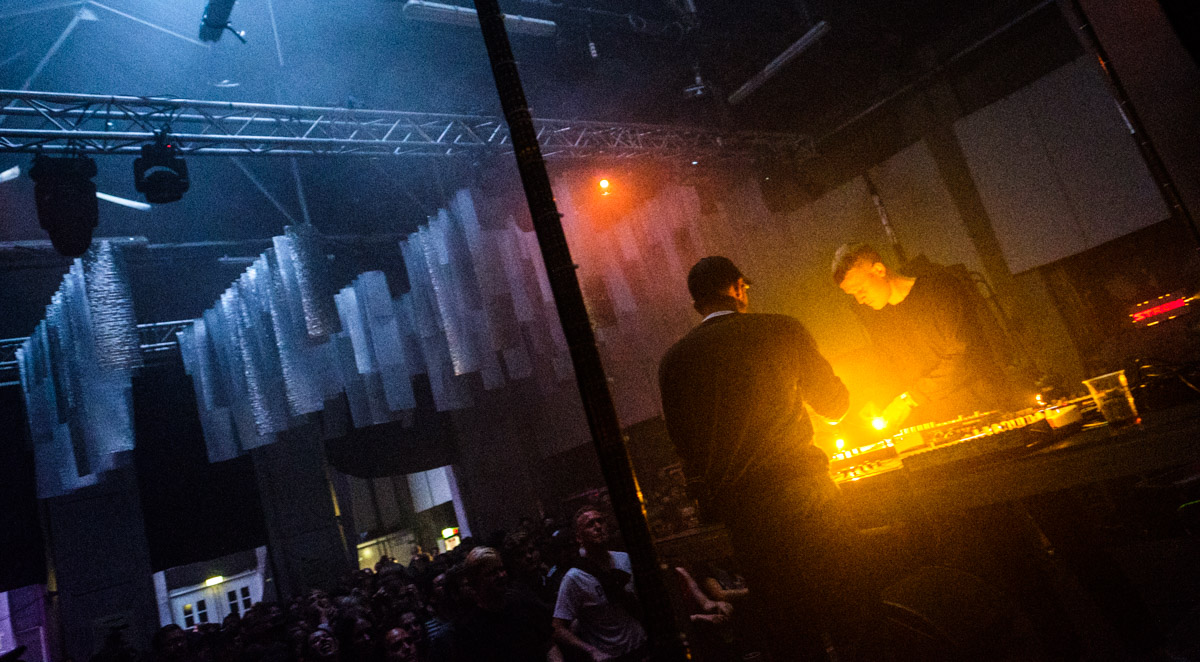 Kenton Slash Demon at Strøm festival 2017, and a much bigger venue and crowd gets the full proper live performance. 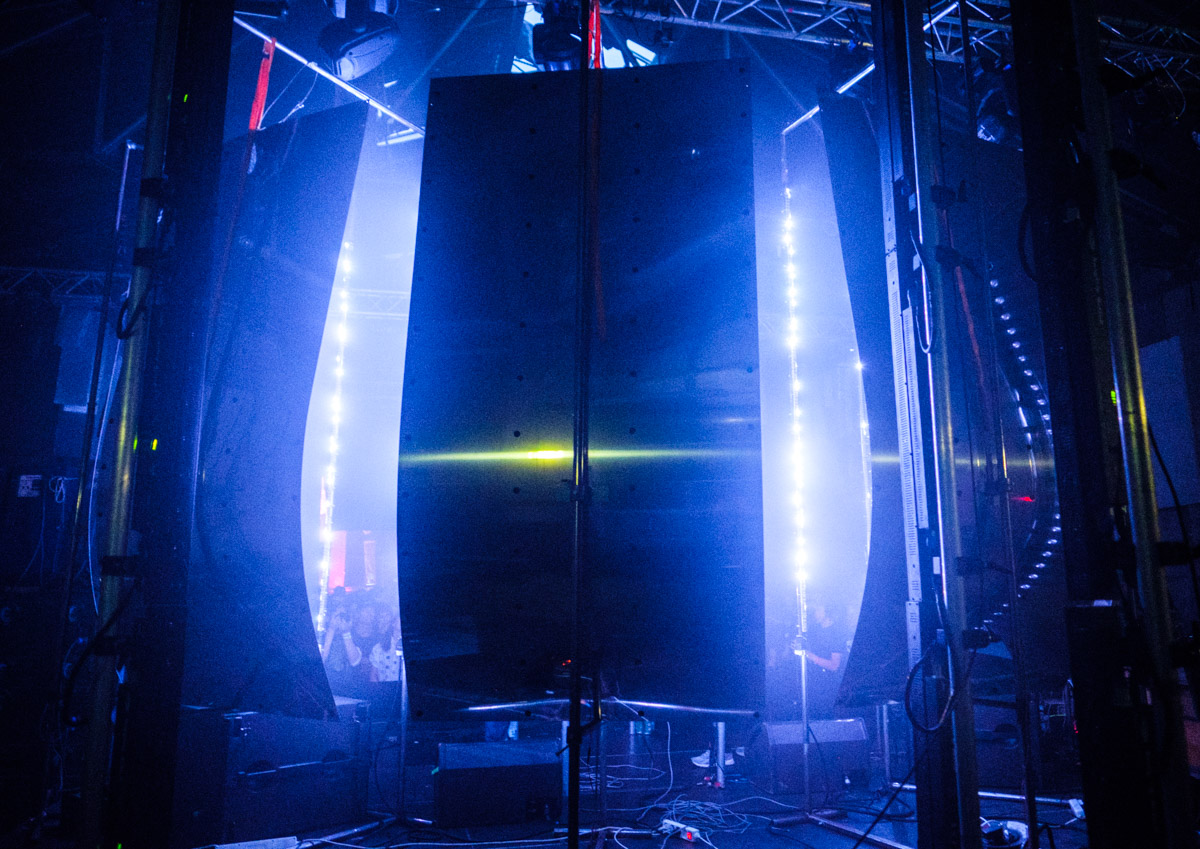 From behind It is a bit like a TARDIS, this mad contraption! 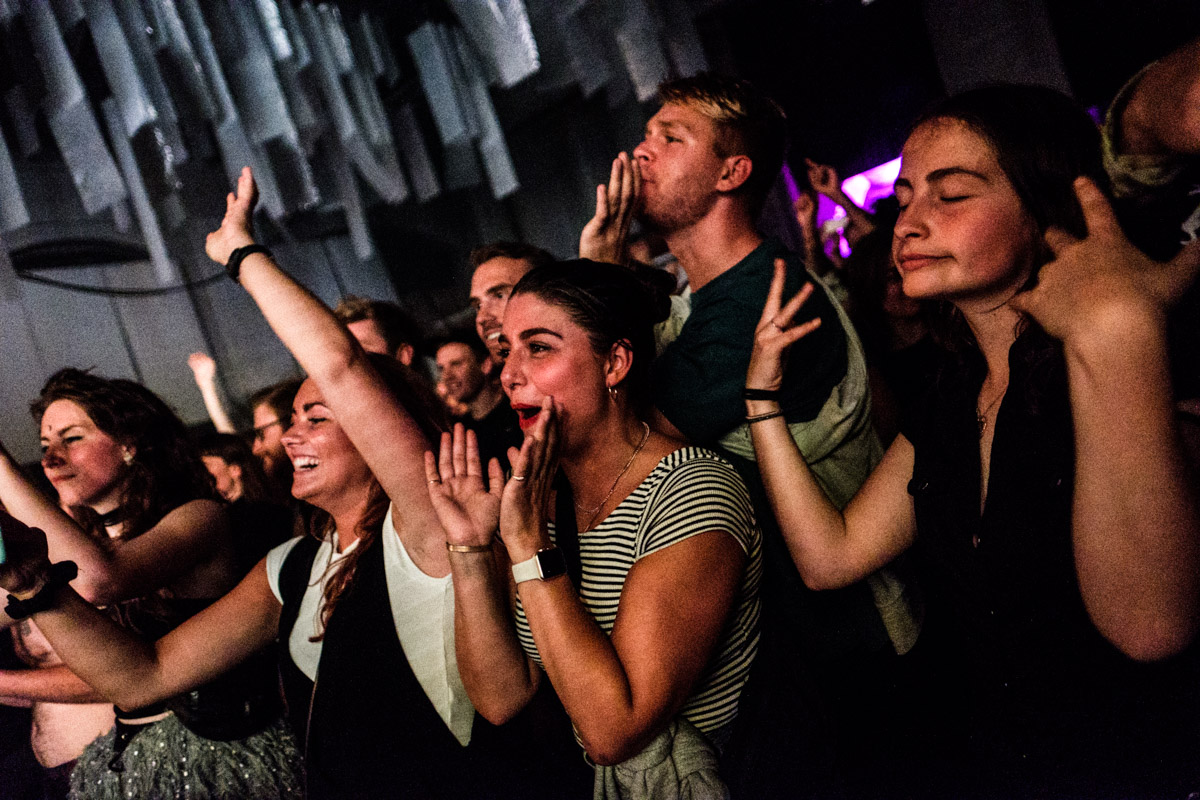 The audience were totally into the show 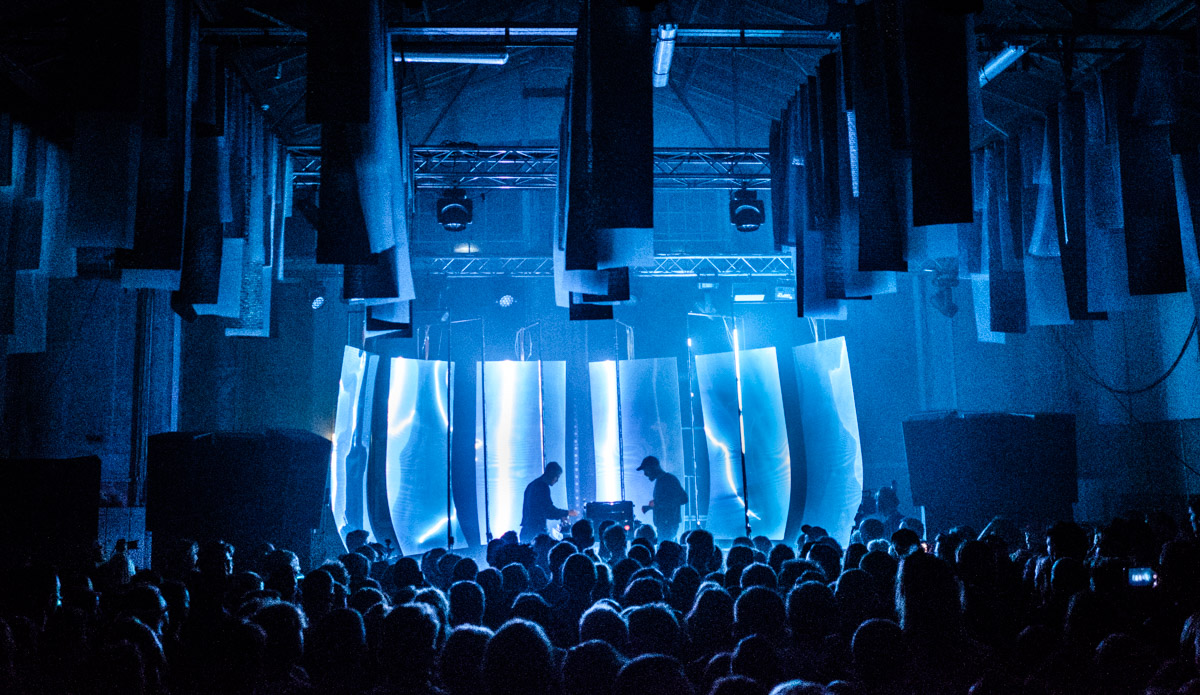 At a distance, the effect of the mirrors and LED lights is somewhat less I find… 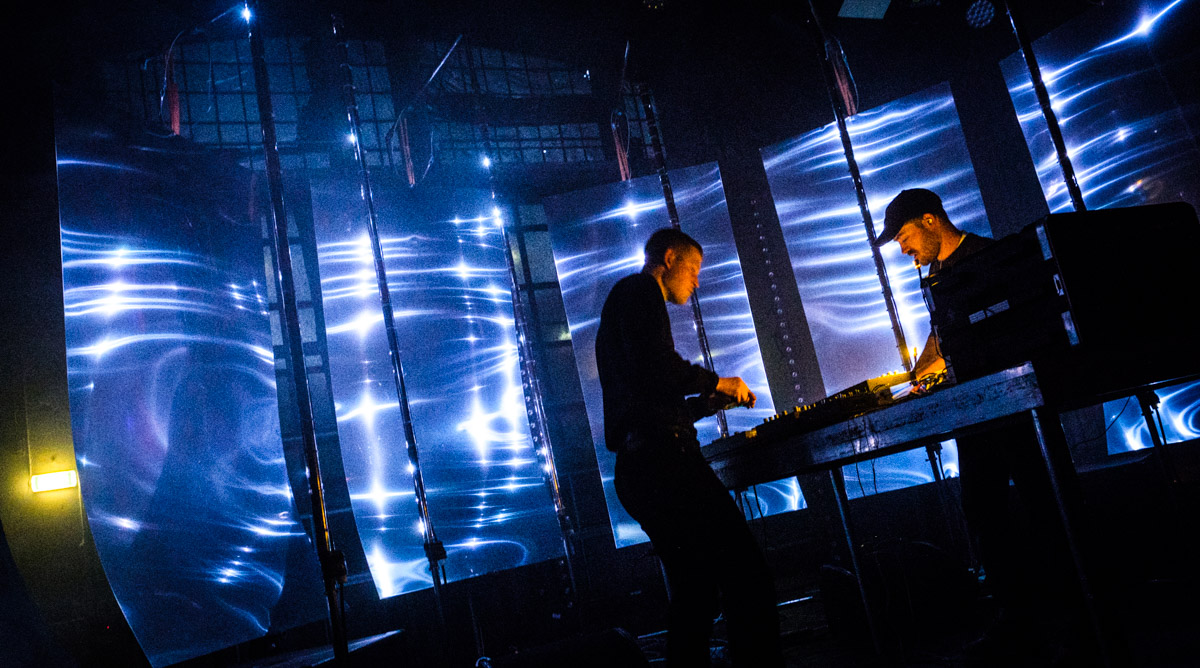 It really works much better when you can stand very close and get a more VR like experience. This is probably my favourite picture of the whole set, this and the opening shot from the sound rehearsal.

Kenton Slash Demon live at Day in the Desert 2015