Strøm festival is without a doubt the highlight of my year when it comes to music and photography. I am honoured that I have been part of the crew, the Strøm family, for 7 years now and this has probably shaped my music photography more than anything else. I am what I am and shoot how and what I shoot because of Strøm. For the third year in a row I have even had the pleasure of creating and managing the Strøm Fototeam. I wrote about this extensively last year in this post and this years expanded version of the Fototeam (more about this in a coming post) was even better.

Strøm is unlike any other festivals in Europe. While most festivals have a festival grounds, and fixed stages where bands rotate on and off, every Strøm event is unique and built from scratch. This is hard enough for single events, but string 15-20 of these together in 4 days for a festival and you see why the crew is insanely busy. This is however what makes it so special, the unique creative events. Strøm has through the years hosted electronic concerts in everything from metro trains to an underground aquifer to churches.

Being the Foto-boss means I naturally shoot less, and coordinate a lot more (meaning a lot of emails to the team!) as the team are spread out covering different events simultaneously over the city. It can be frustrating to shoot less and make it a bit hard to get into the shooting part when I do take some shots here and there. I have to swap hats, from the boss hat to the photo hat and that is not easy for me, I am a bit of a slow starter. I do love managing my outstanding team and I still get in some shots at some of the incredible events. Strøm 2018 was perhaps the best one so far, definitely in the top 2 for me, and here is a small visual journey through a couple of the events.

All pictures made with the Fujifilm X-H1 camera and a variety of lenses. Exif is in the files. 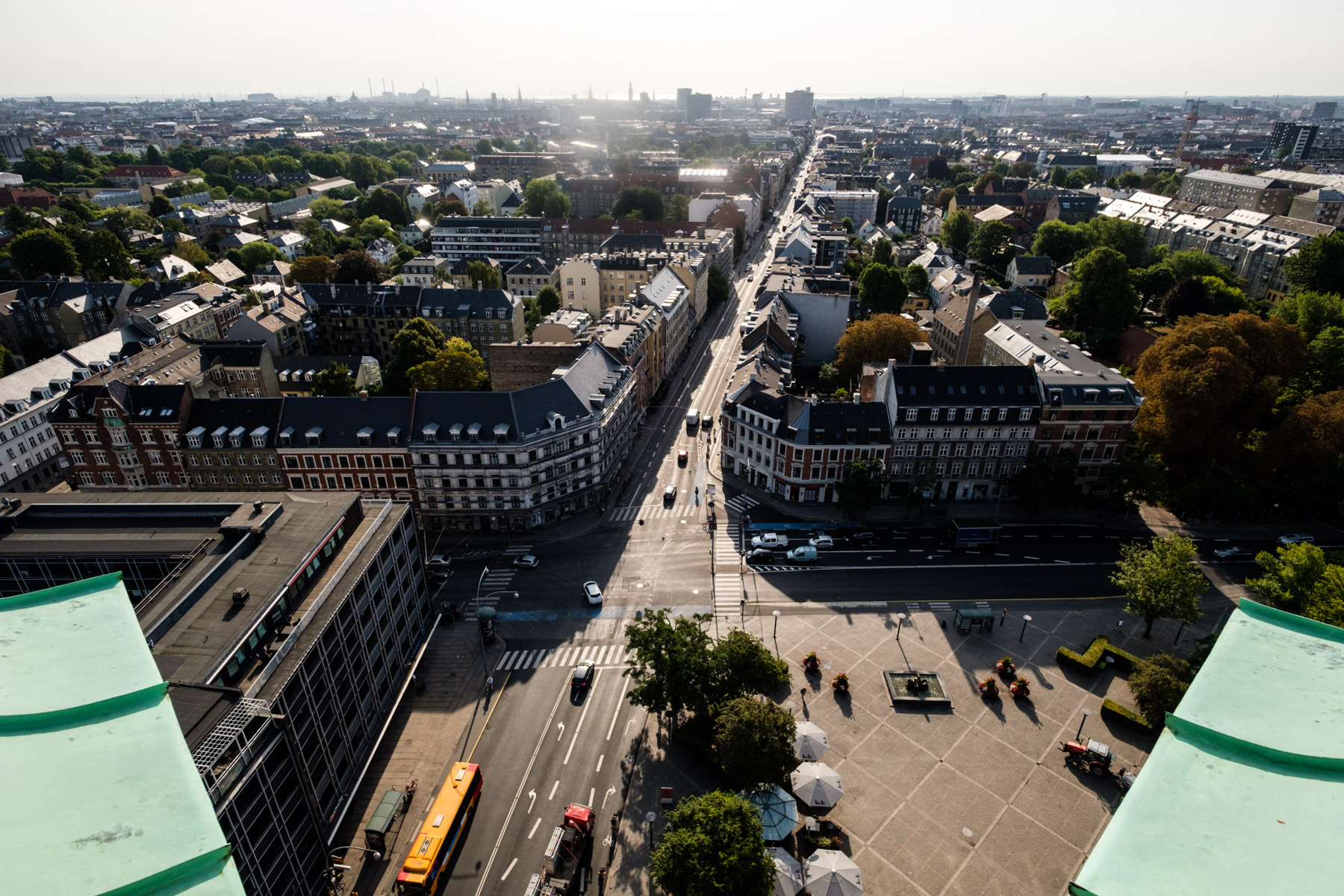 I started my Strøm 2018 festival at 9am with this view! This is the bell tower at Frederiksberg City Hall where the following picture takes place… 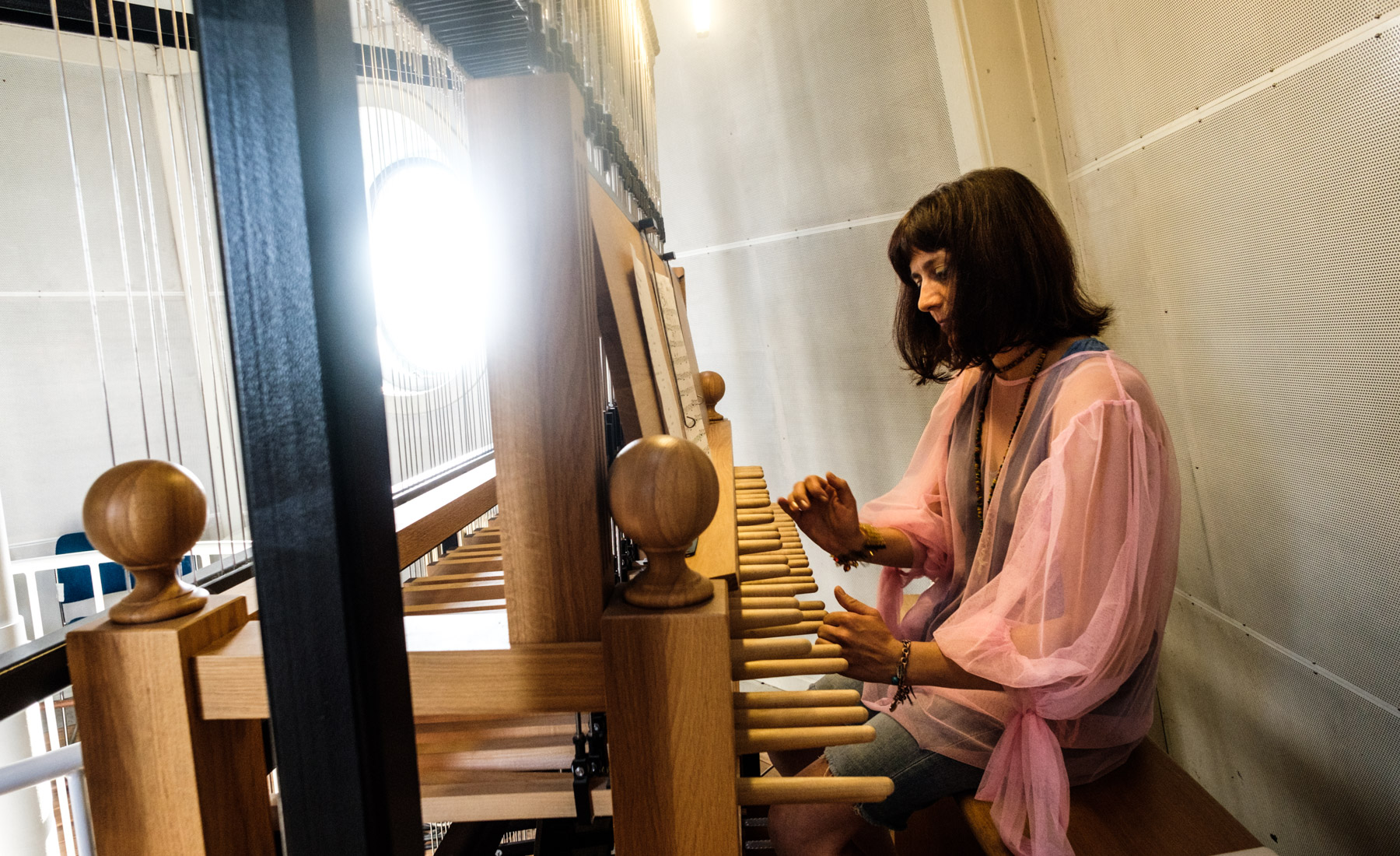 Joanna Stroz is the resident “Bell player” or whatever it is called and she is awesome! For Strøm she literally hammers out classic electronic tunes on the bells of the city hall at 9am and 9pm for 4 days! And her office is this magic little round room at the top of the world. Here she is hammering out Bjørn Svin’s classic Mer Strøm! 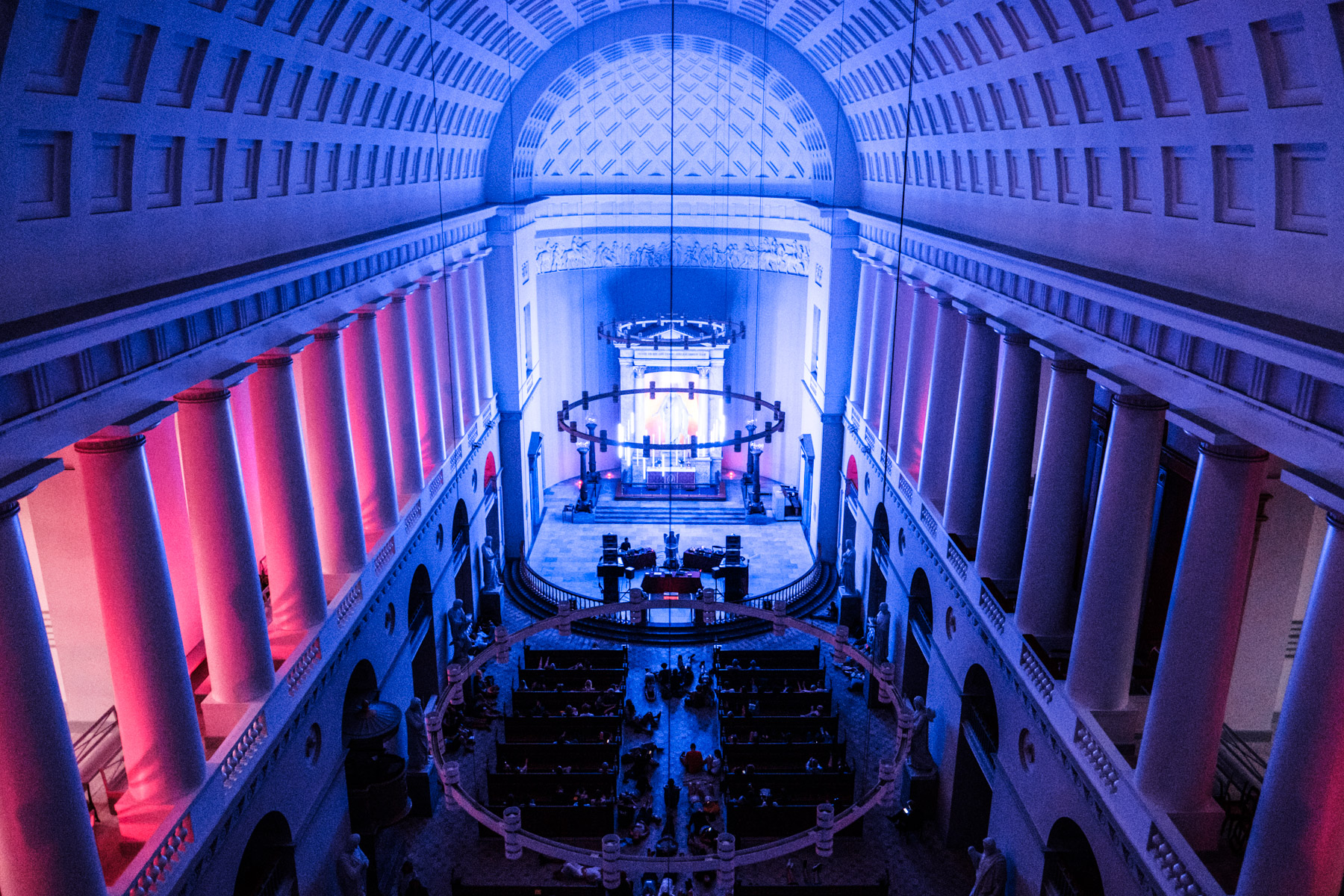 I spent the evening of the first night at Strøm in church! Co-produced with the God Goes Deep crew, this is an electronic ambient concert inside the breathtaking Vor Frue Kirke (church) in Copenhagen. And we got to explore all the secret rooms in the church and shoot pictures like this. Magic event. 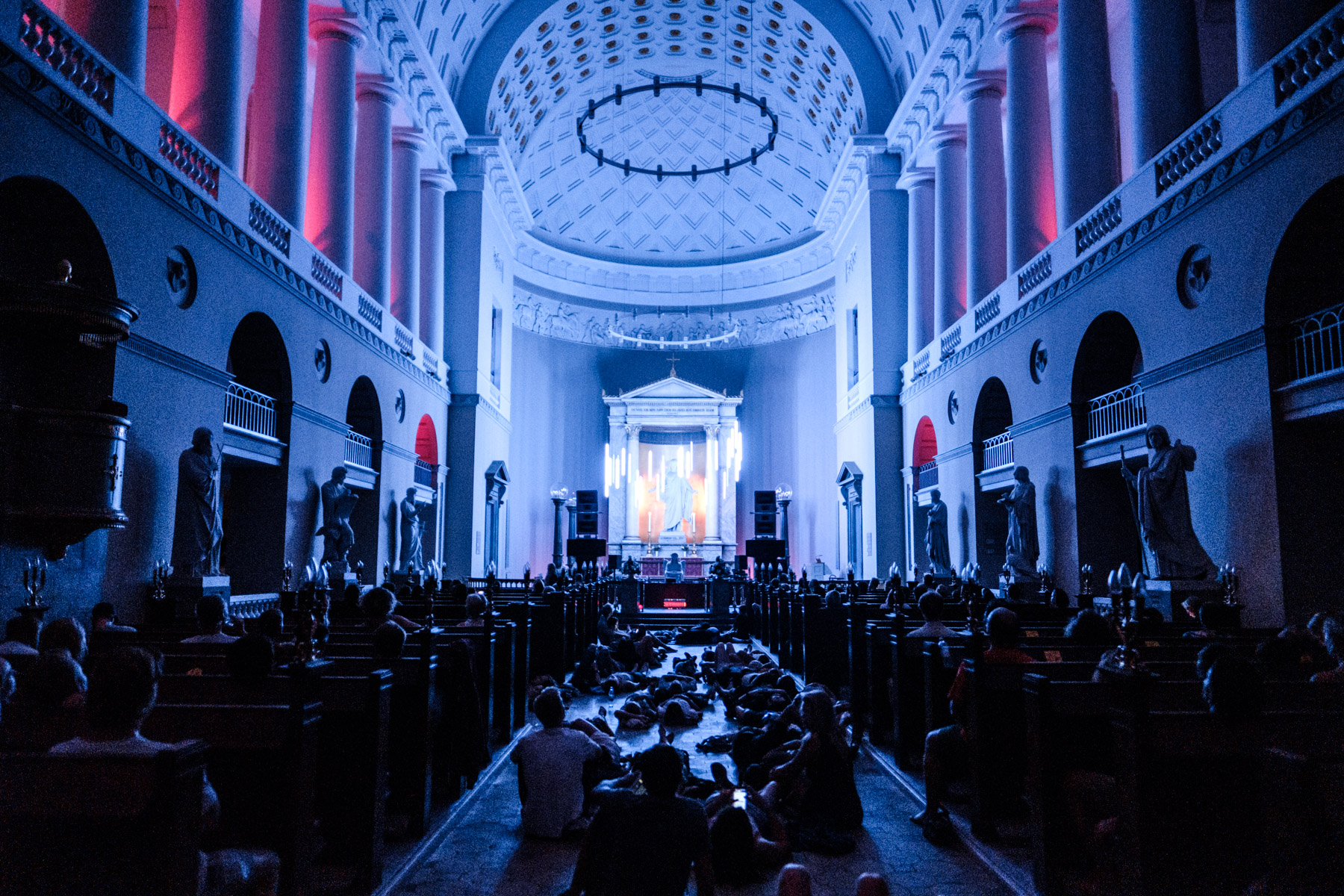 People were resting, relaxing, meditating and enjoying the gorgeous ambient music that flowed through the church. 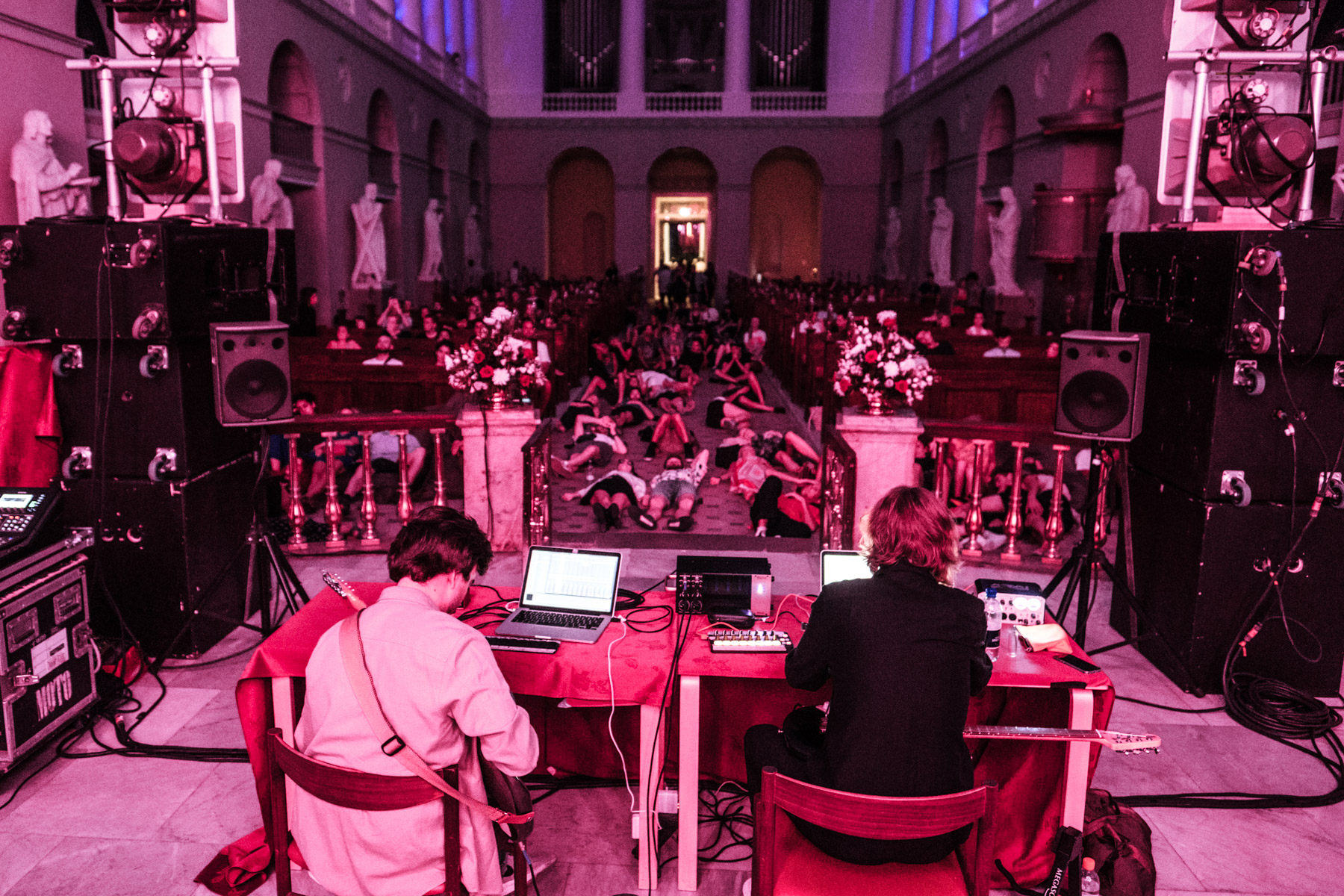 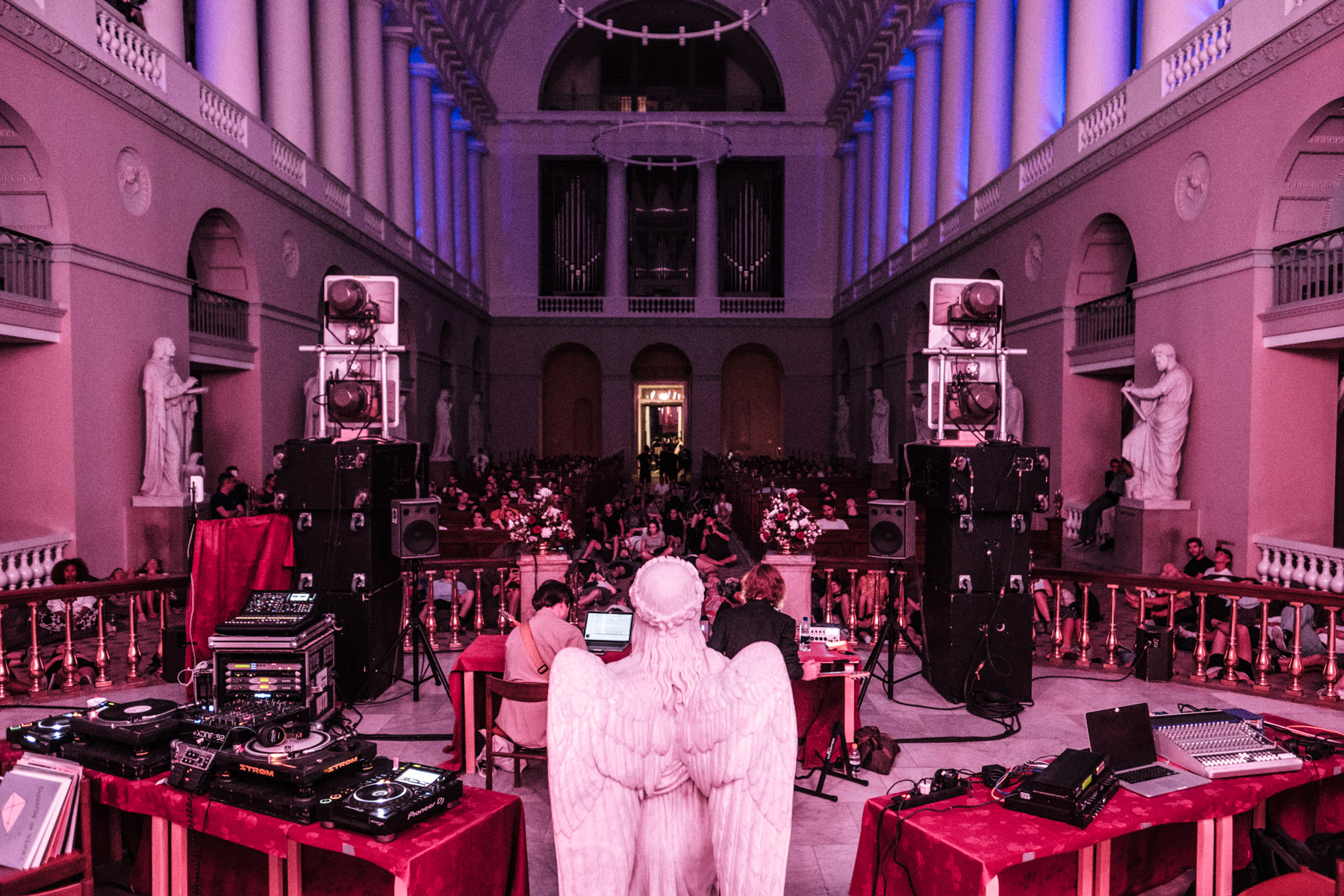 It is really cool to see the church used for a concert, filled with gear and lovely sounds and a wonderful crowd. 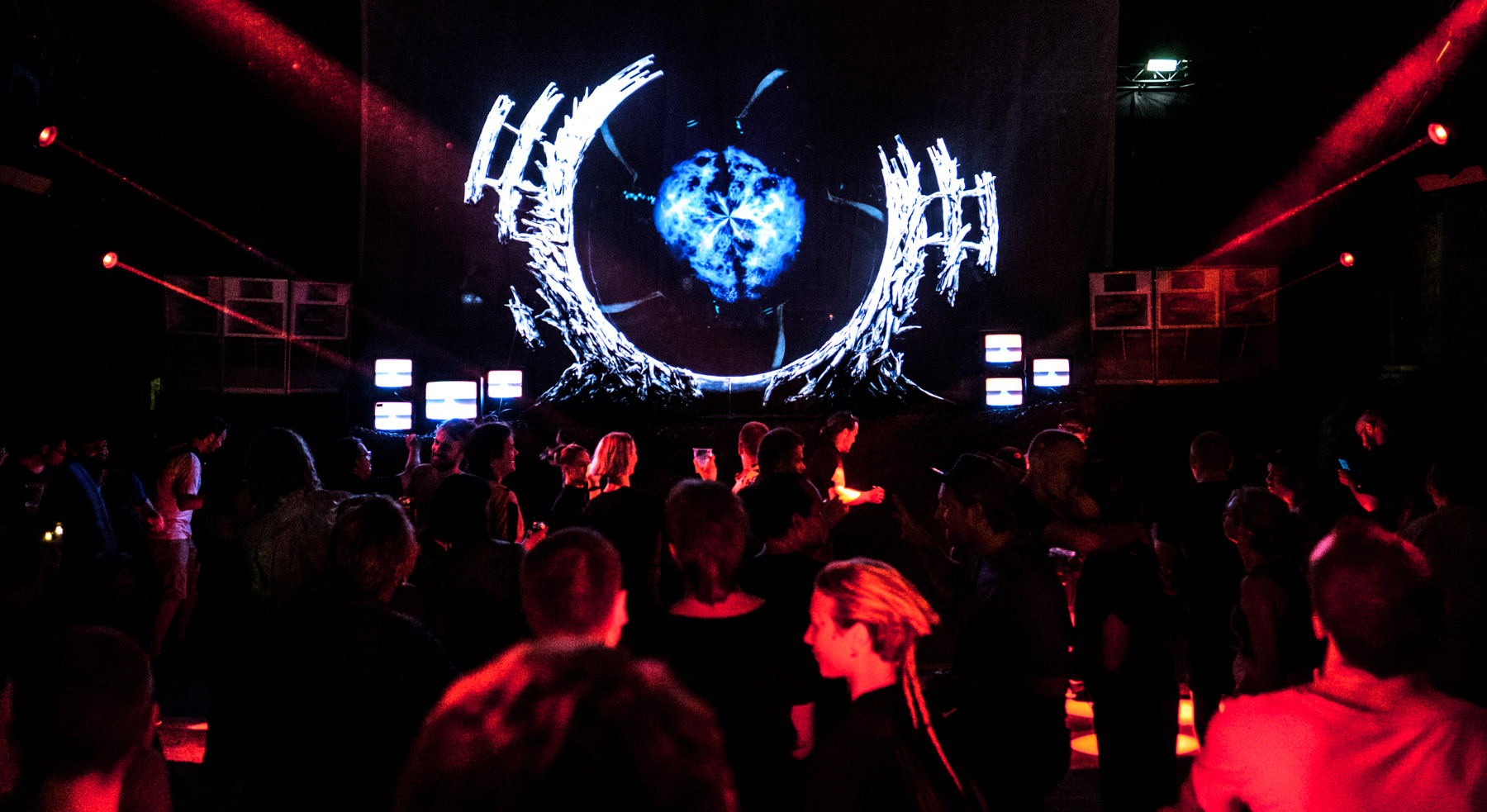 Thursday night we had the first of 3 late-night Strøm Raves. This one, co-produced with trance specialists Flipkompagniet was out of this world. No still can do the incredible sound and visuals justice, but I had to try. 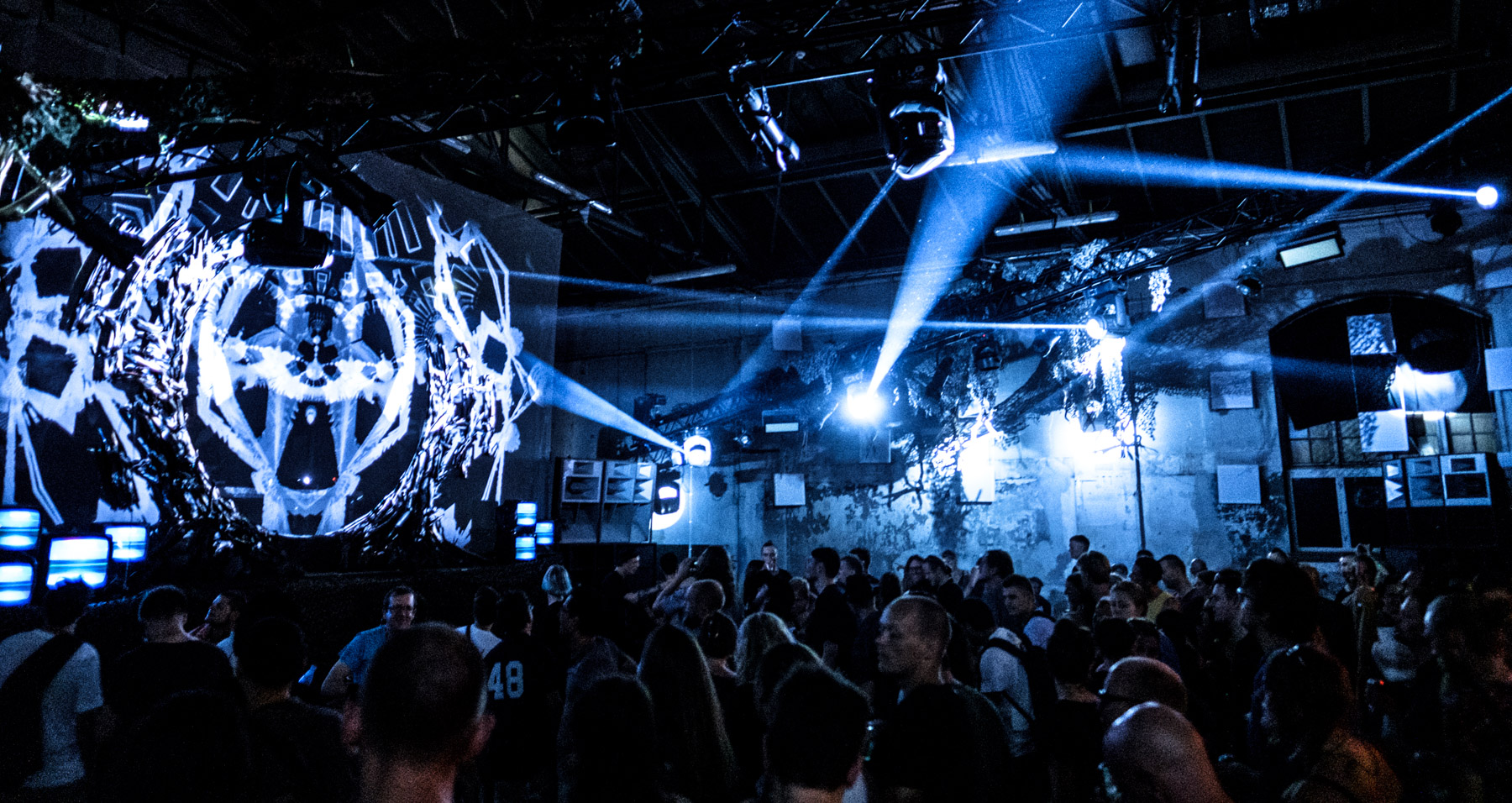 The DJ was behind this massive custom built tree portal to another world and a large semi transparent screen. Visuals from Hackstage were mapped onto the portal and projected onto the screen and it is probably the maddest thing I have ever witnessed. 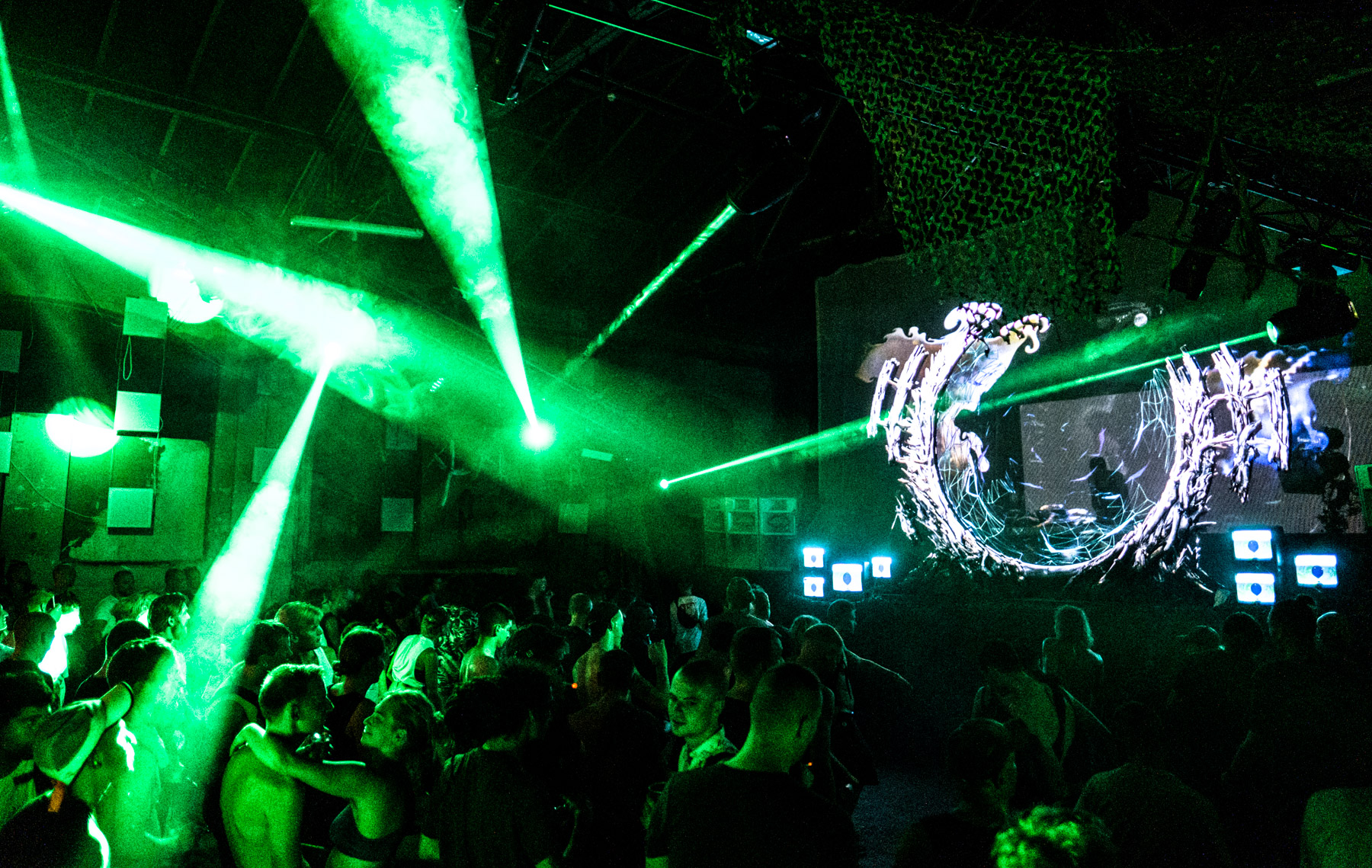 Portal, to another world. 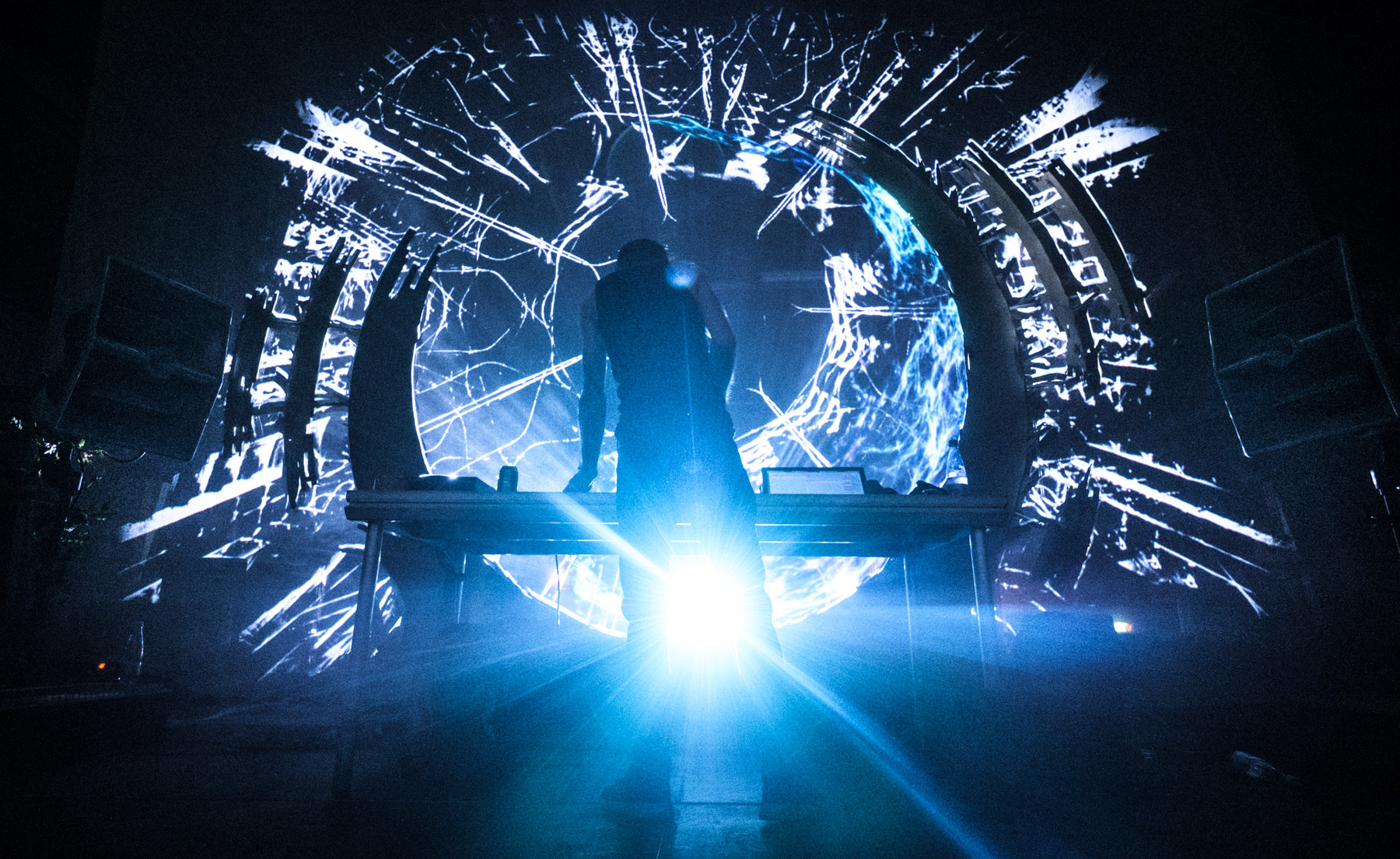 The view from behind the DJ was spellbinding…. 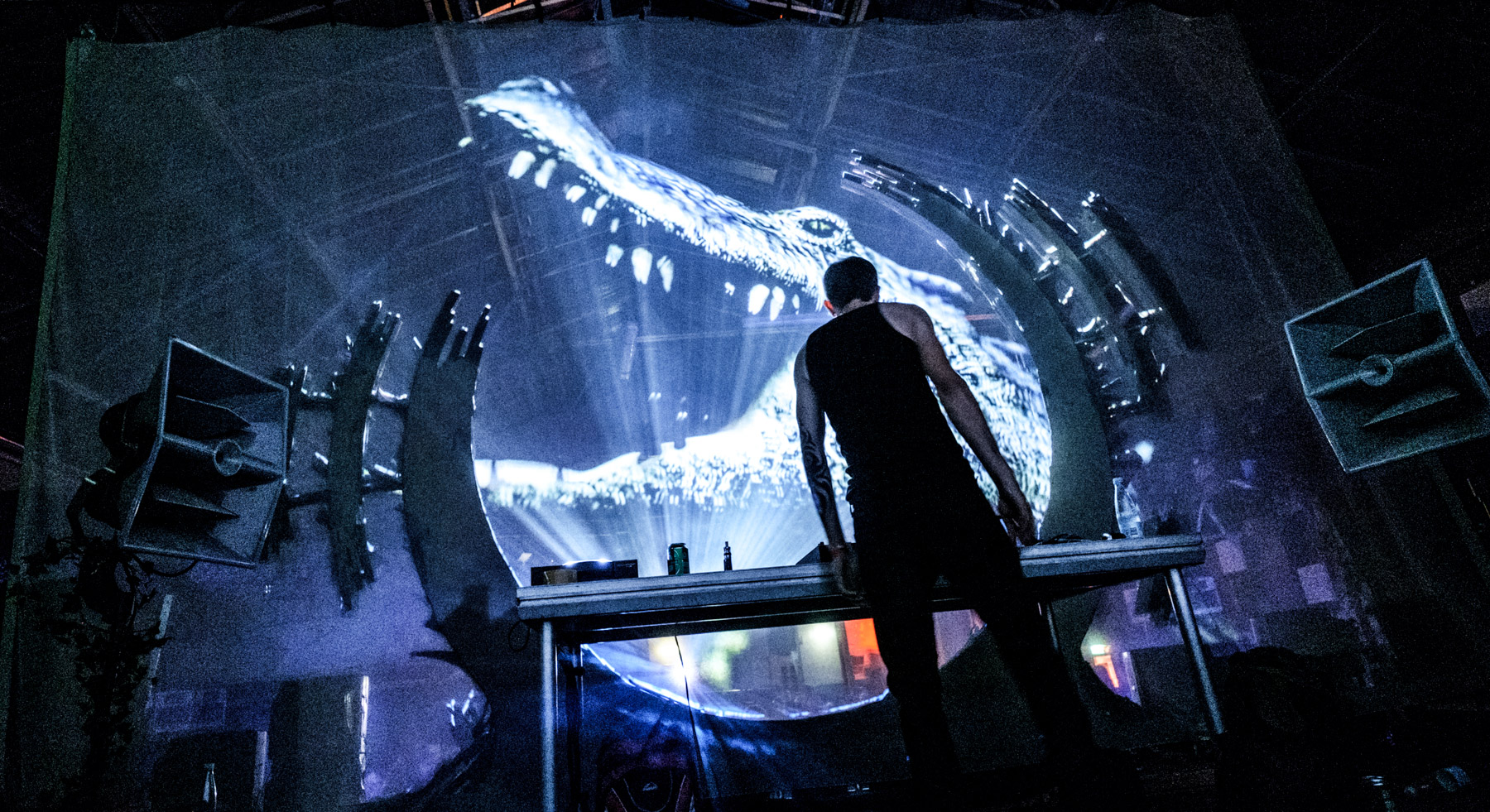 and at times rather scary! 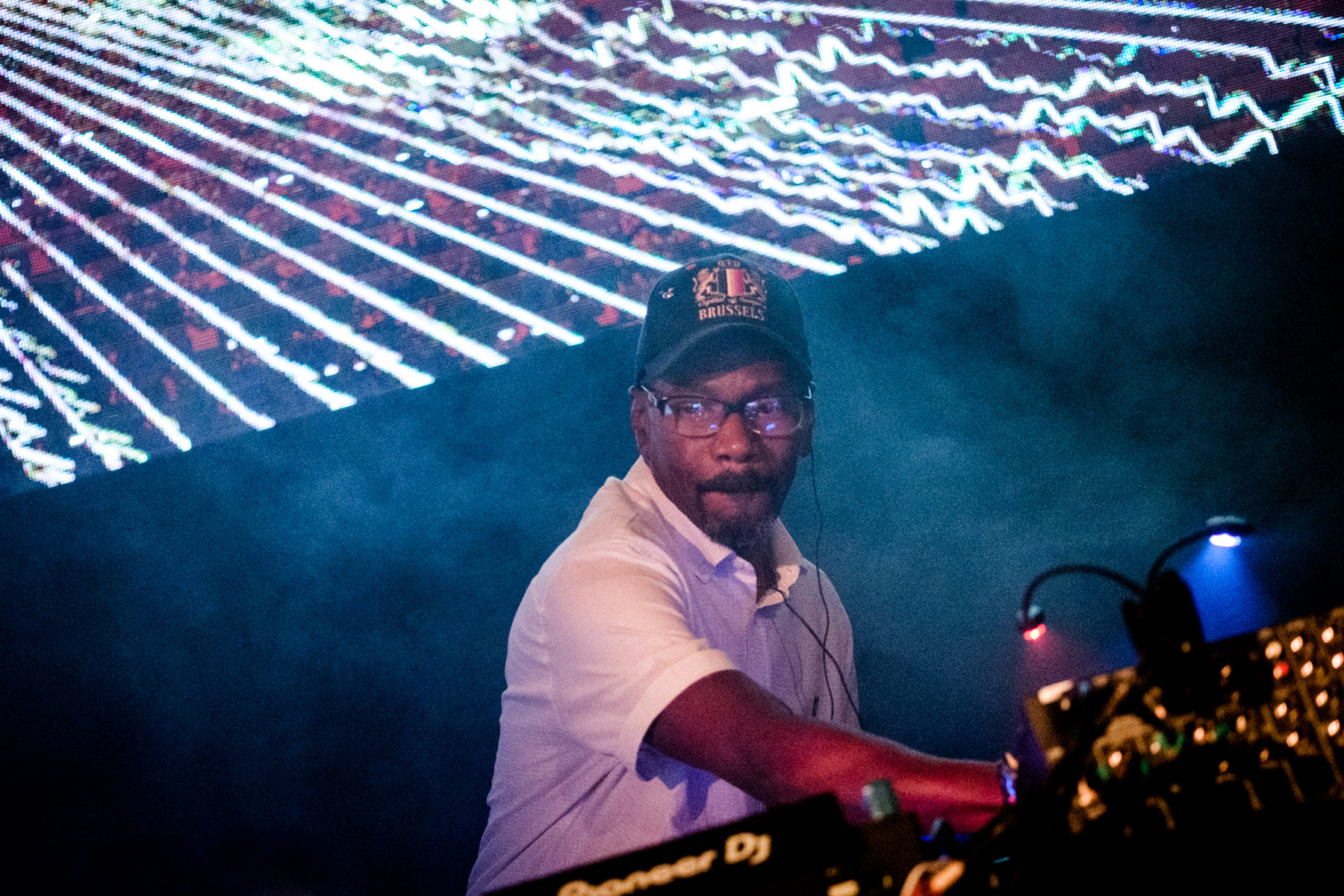 The next evening we had house legend Larry Heard playing live. Outstanding show and a real honour to meet Mr. Heard. Unfortunately my pictures of him are definitely not legendary, and I was too in awe when I met him after the show to ask to make a picture with him. 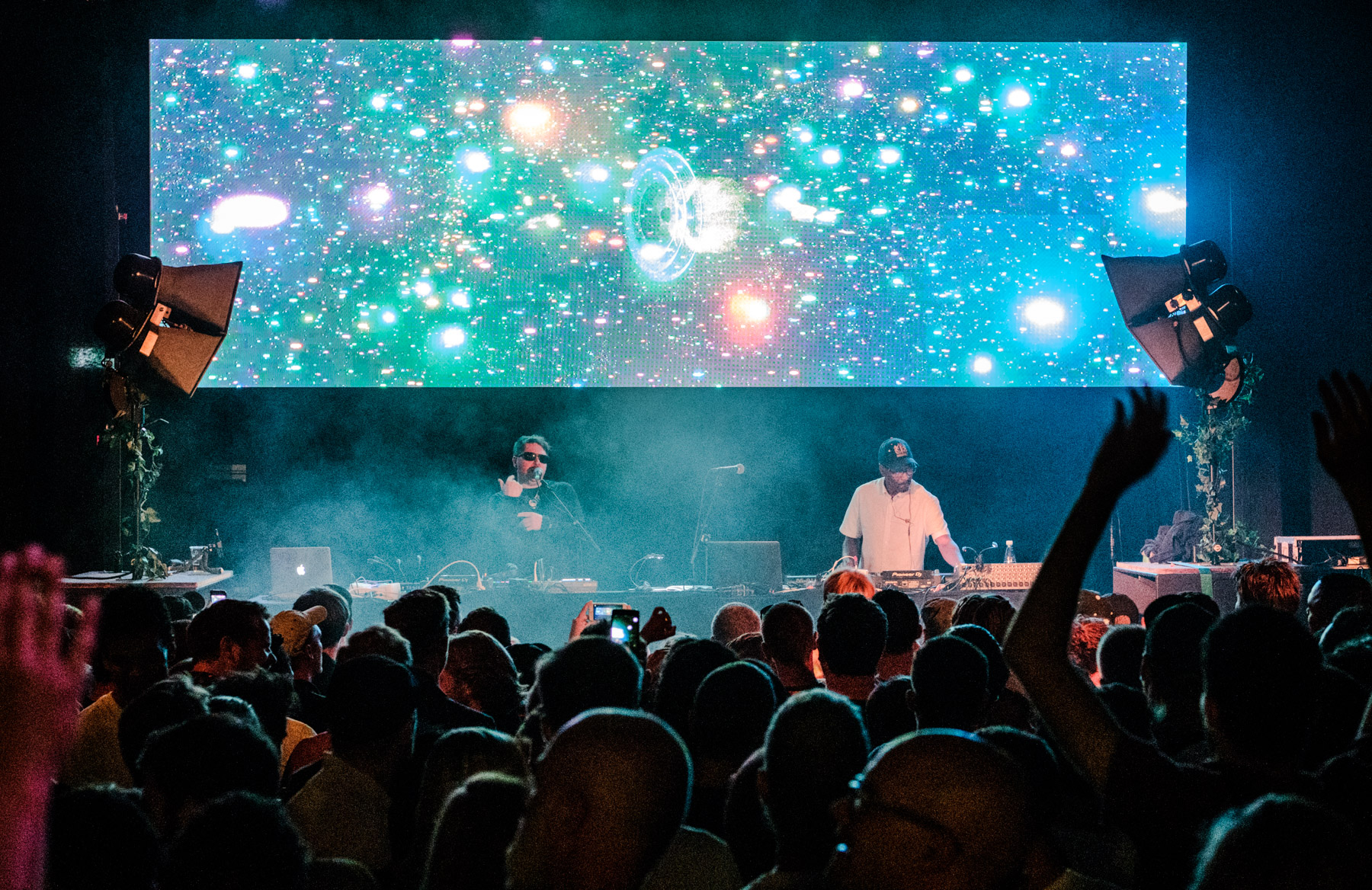 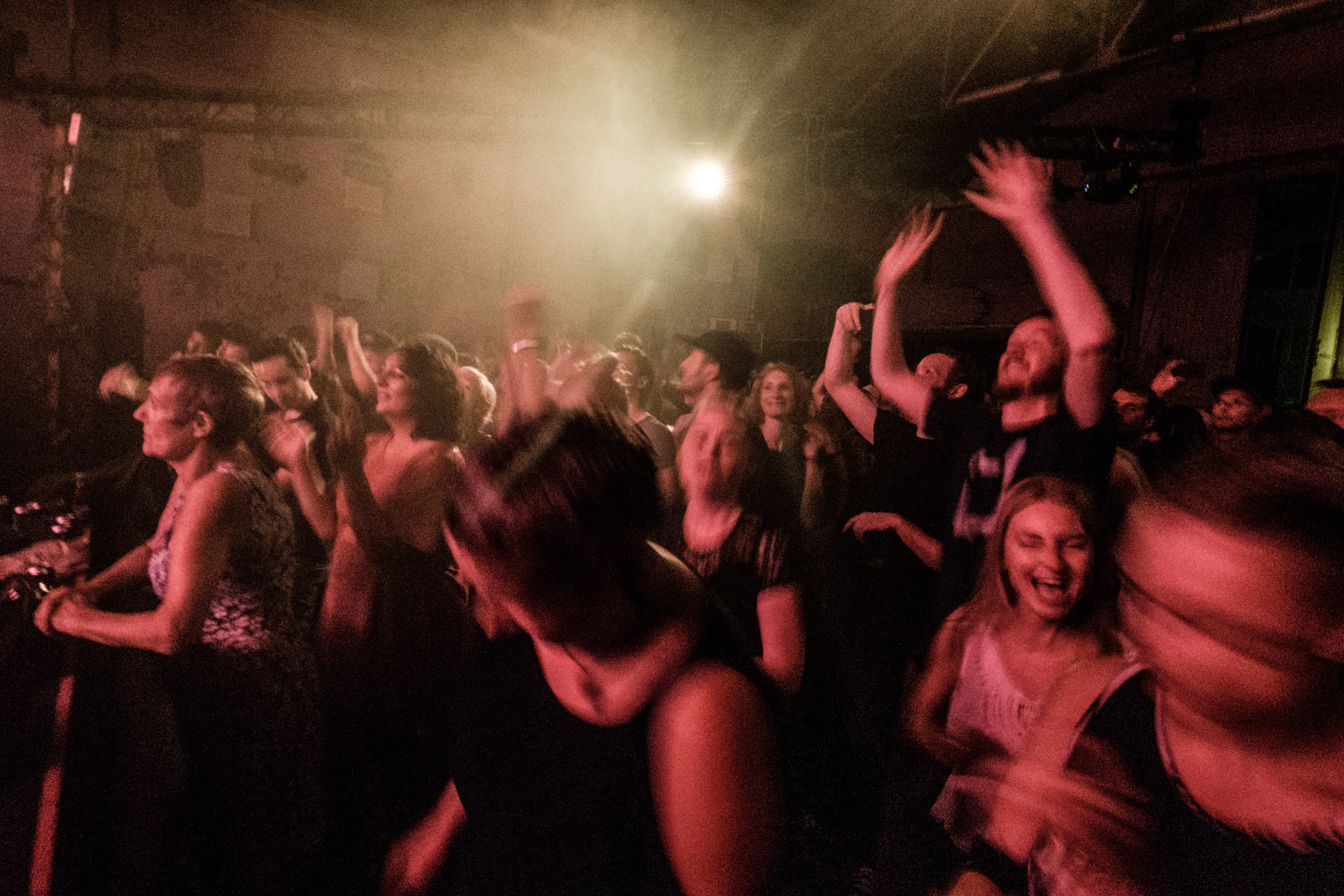 …playing for a packed crowd that loved every beat. 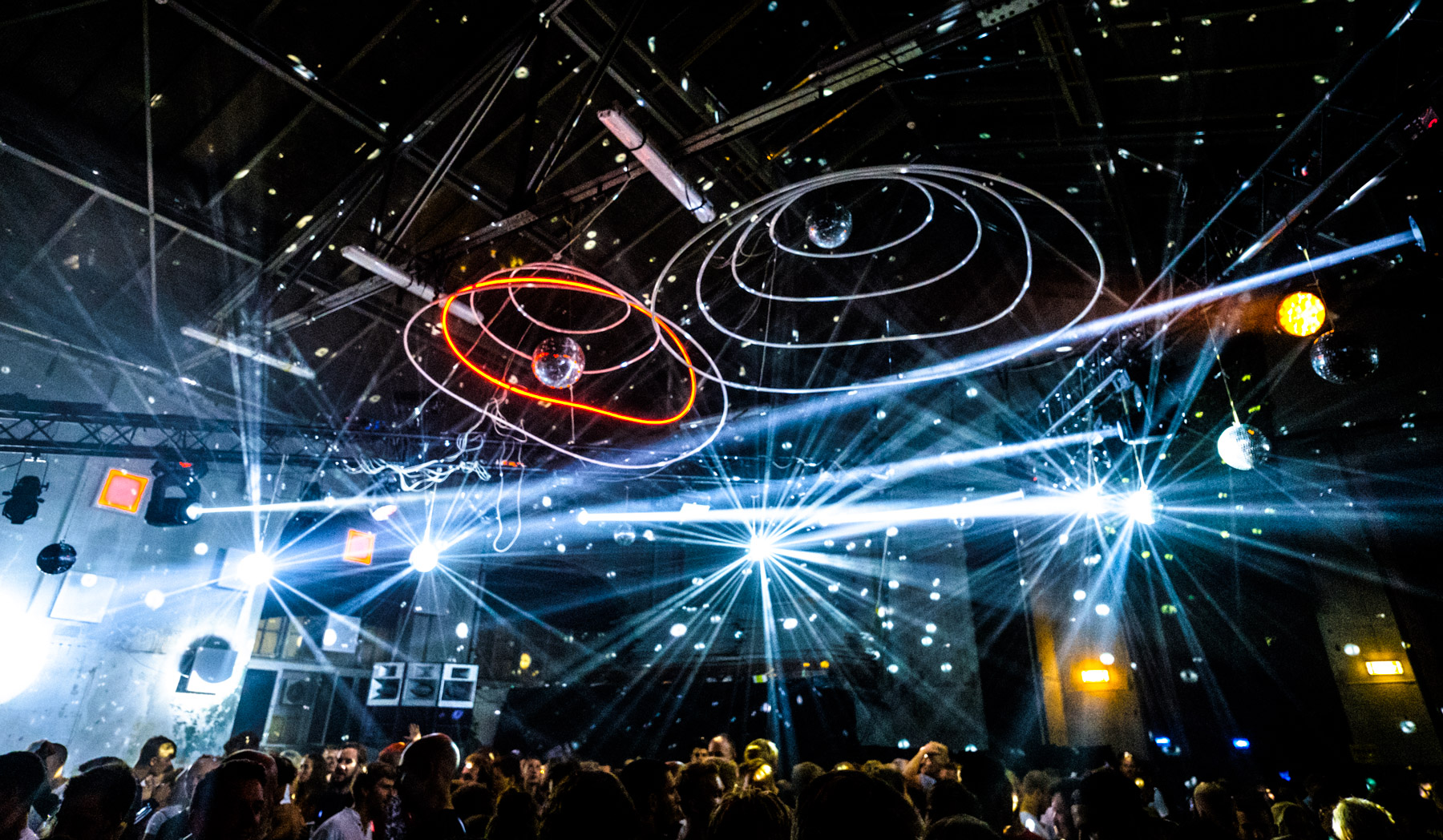 Our Strøm Rave 2 was in collaboration with the Disco-rave experts, the wonderful Sydhavnsgade crew! They transformed our venue into this! 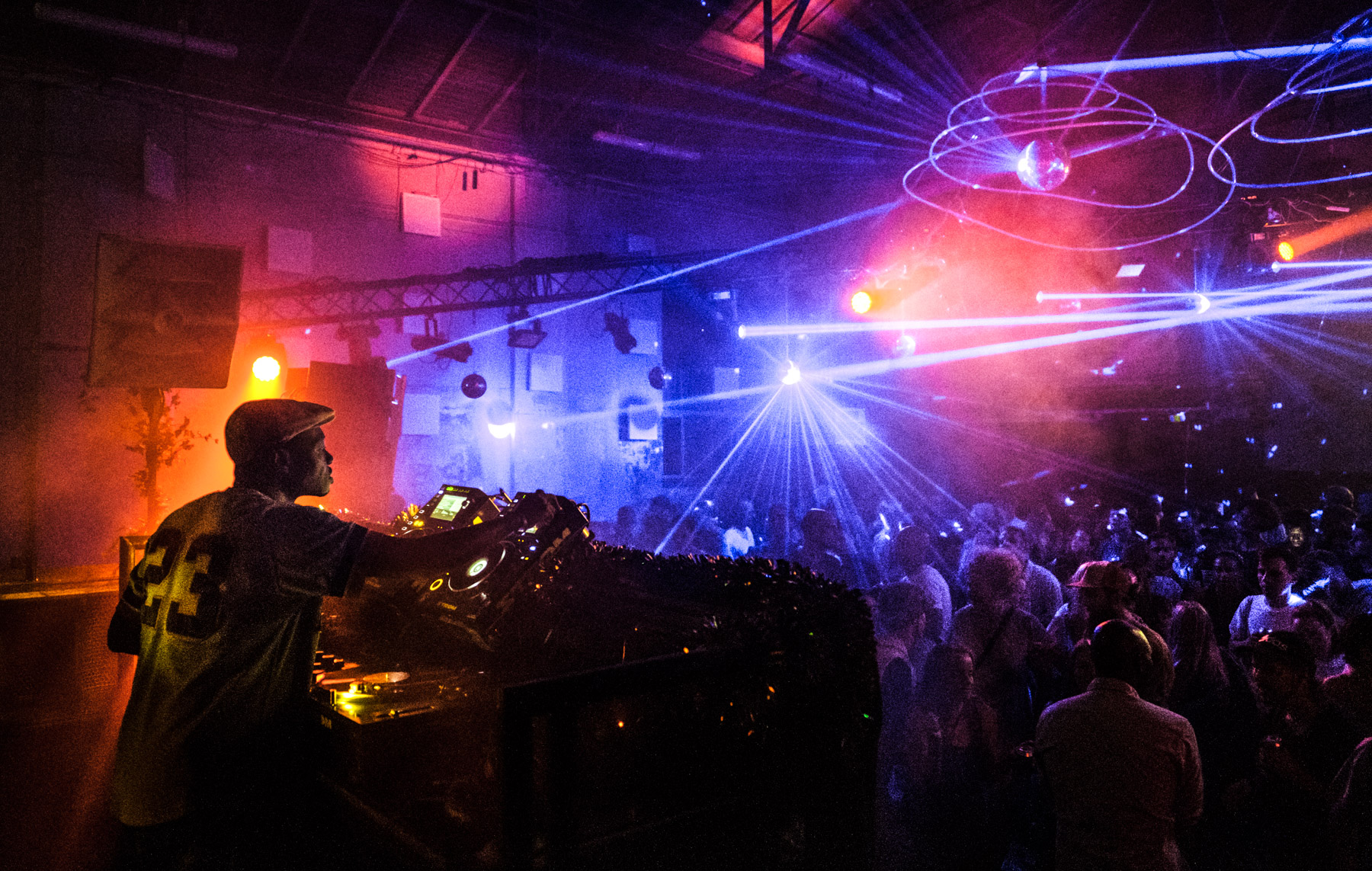 And Marcellus Pittman layed down some fat and chunky house beats. 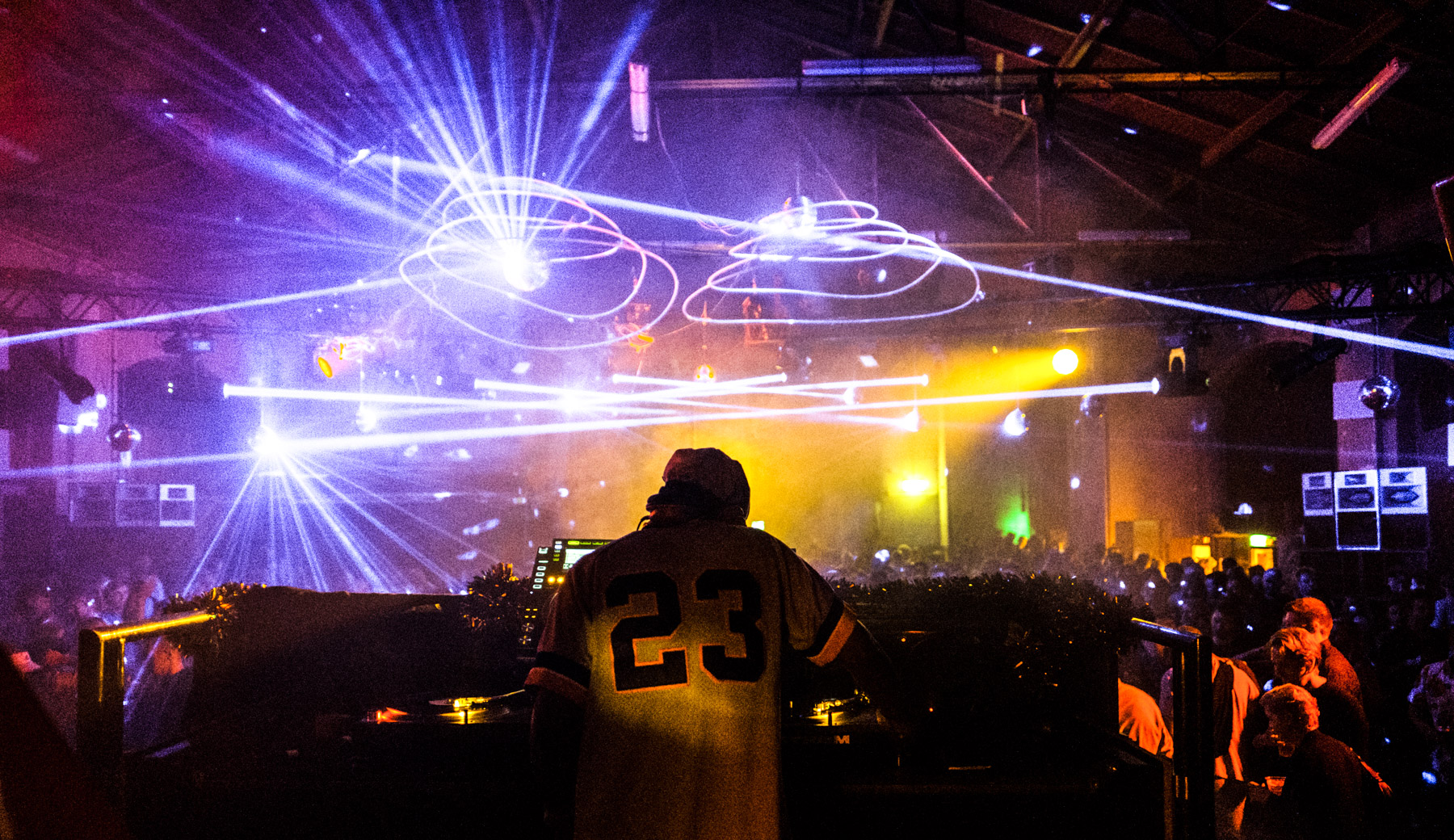 One day I shall make a book called 500 pictures shot from behind the DJ! 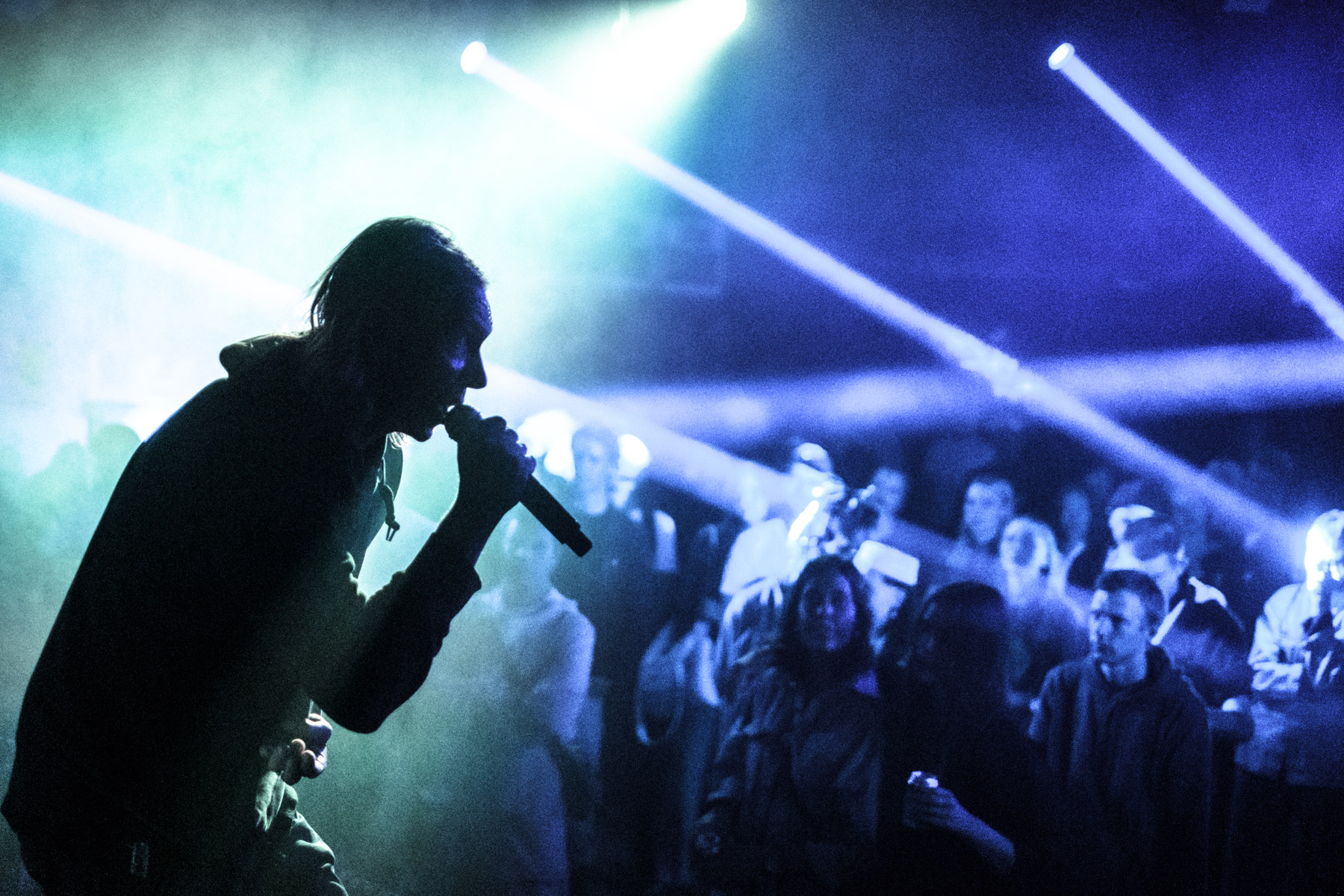 Nikolaj Vonsild of When Saints go Machine fame also has another project called Khalil and they were part of our final live performance. 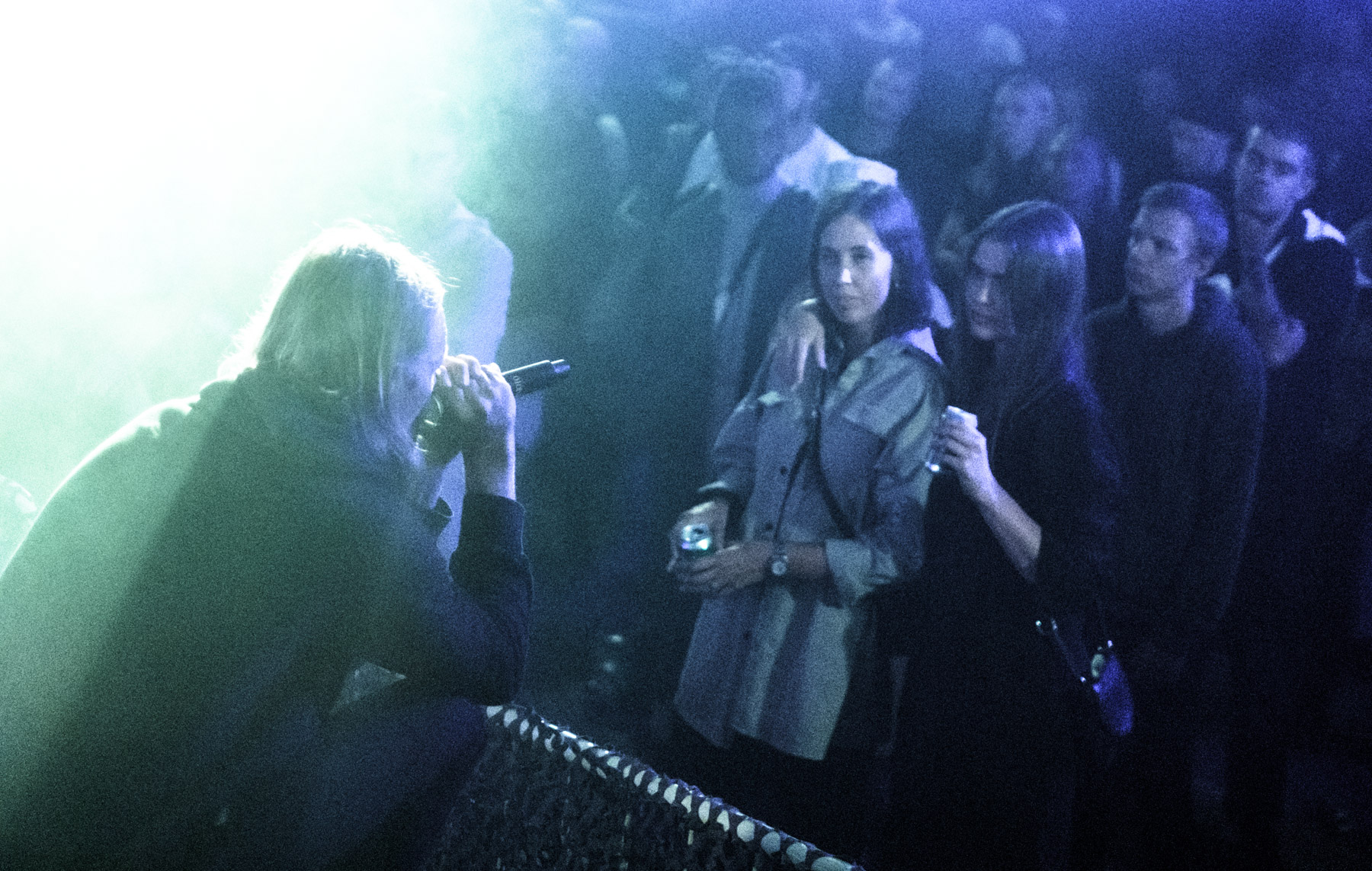 Nikolaj intensely singing to the crowd. 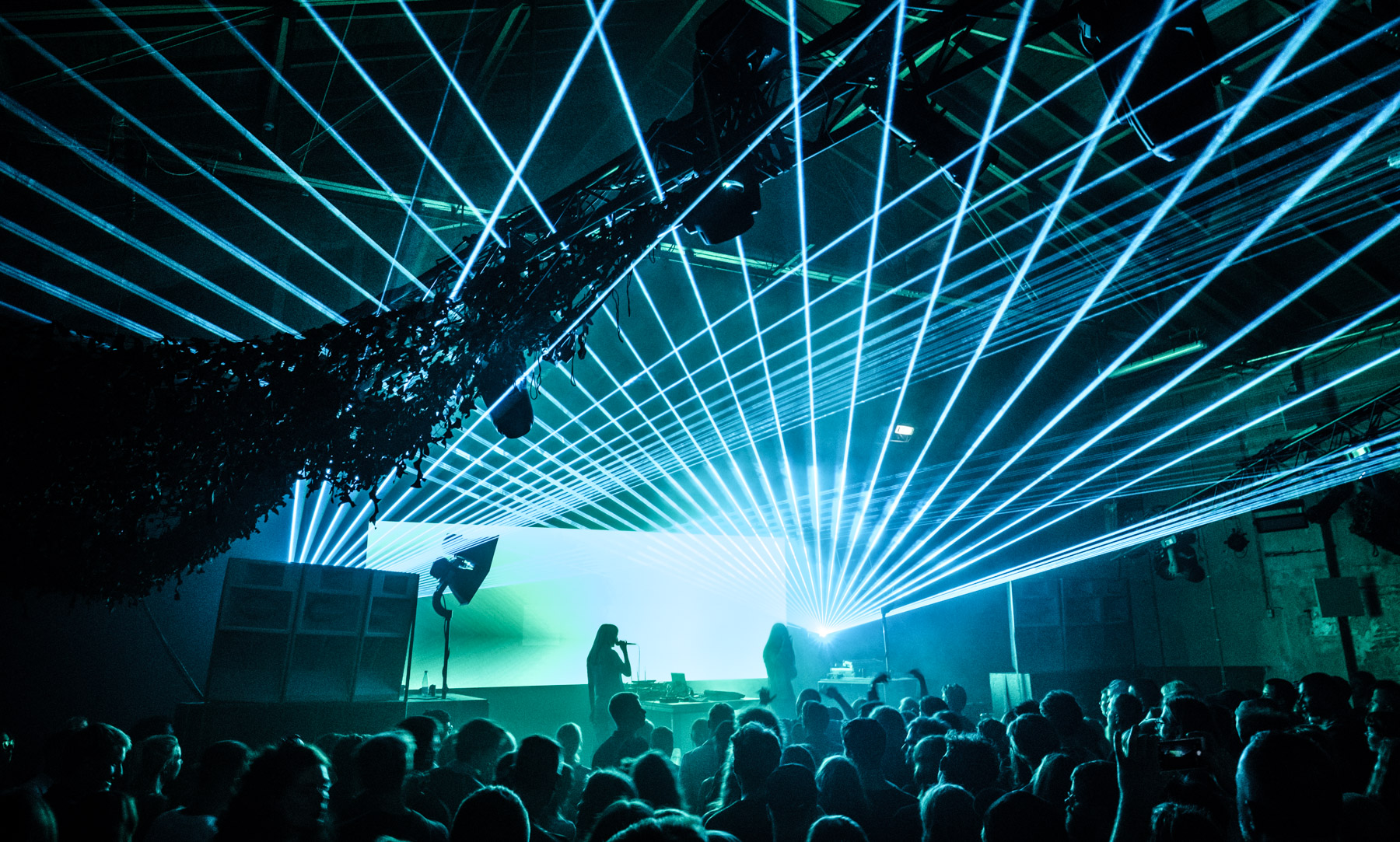 I am just going to post 2 pictures from the Smerz concert as I will do a full blog post about this concert soon. It was a great last Strøm Rave, wonderful live show from Smerz with lasers from Laserfabrikken. 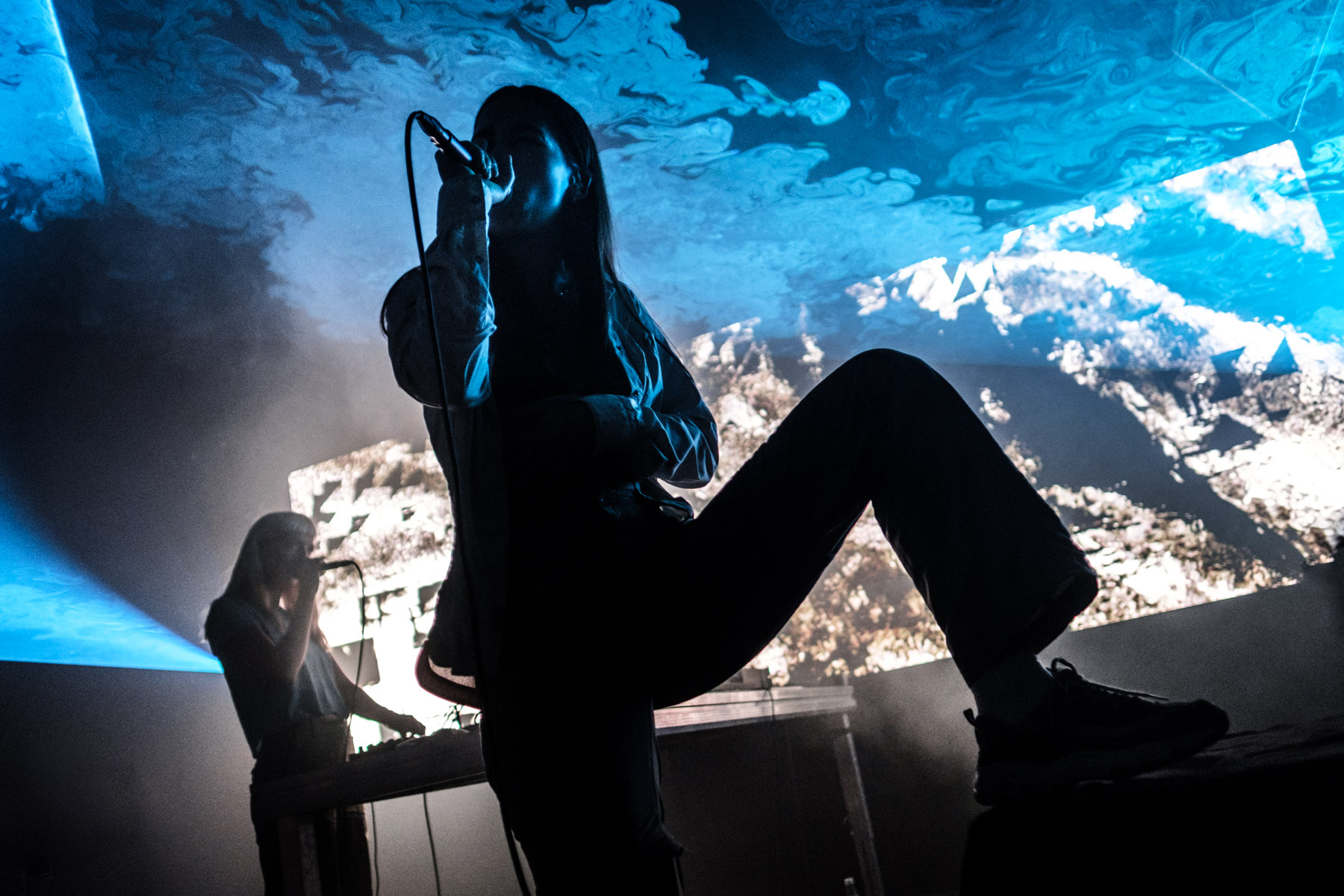 And I end with my favourite shot from the entire festival. Catharina from Smerz in the foreground, Henriette in the background and an image I really love.