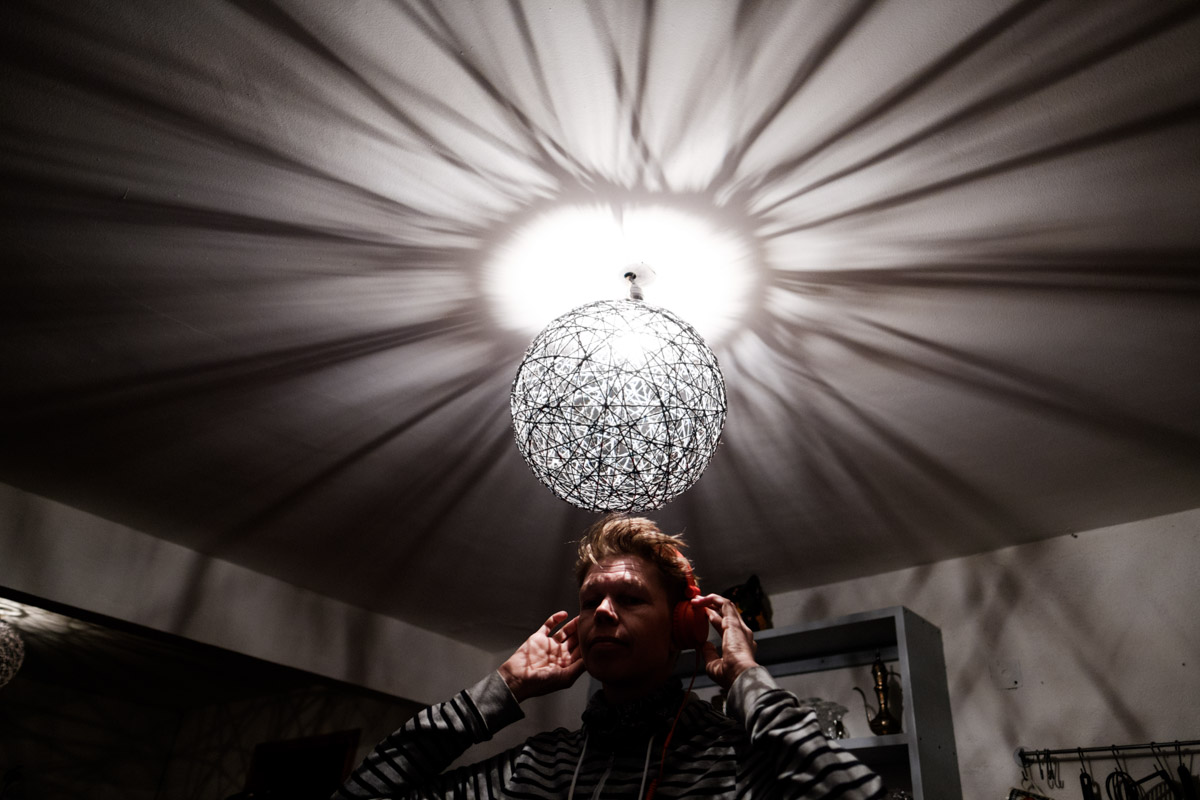 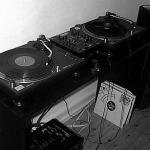 Sometime back in the stone age, I had a nice DJ setup in my flat in Copenhagen. I mentioned this in my Dreaming Out Loud: My Journey Into Music Photography story and you can see a snapshot of the setup from the year 2000 on the right. I sold off my 2 x 1210s decks, my Pioneer DJM-600 mixer and all of my 300+ records in the mid 00s in part to fund my photography gear. I have missed my music gear ever since. 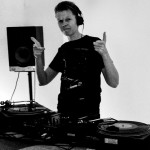 Living as a nomad, traveling the world, towing decks, mixers and vinyl is not really practical! So while shooting many music events I could only look at the musicians and the gear and dream of being able to spin the wheels of steel again. My dream came true when I had the opportunity to run a workshop in nightclub music photography. Around the same time my friend, musician and DJ and all-round magician Rasmus Kjærbo (also did the music for three of Charlene’s movies) was part of a team that launched the amazing Rumkraft electronic music school in Copenhagen, Denmark. Rumkraft is a fantastic place, a school, a workshop, a cozy hangout place, intimate concerts, talks – you must visit if you are in Copenhagen! I visited Rumkraft 3 times back in October and even got to DJ again a little bit – on vinyl too, wooohooo, first time in over a decade (vinyl, the only proper way to spin, hehe!).

At Rumkraft I also got to play with other awesome gear such as Ableton Push and I was hooked. I really wanted a new set of decks and a mixer, but it definitely does not fit in my luggage. So I started researching and after some shopping in Singapore and the USA I have now completed my DJ Flemming Bo on the Road setup. We are presently living in a great flat in Guanajuato, Mexico and the big kitchen table with a view over the city was the perfect place for my first performance. 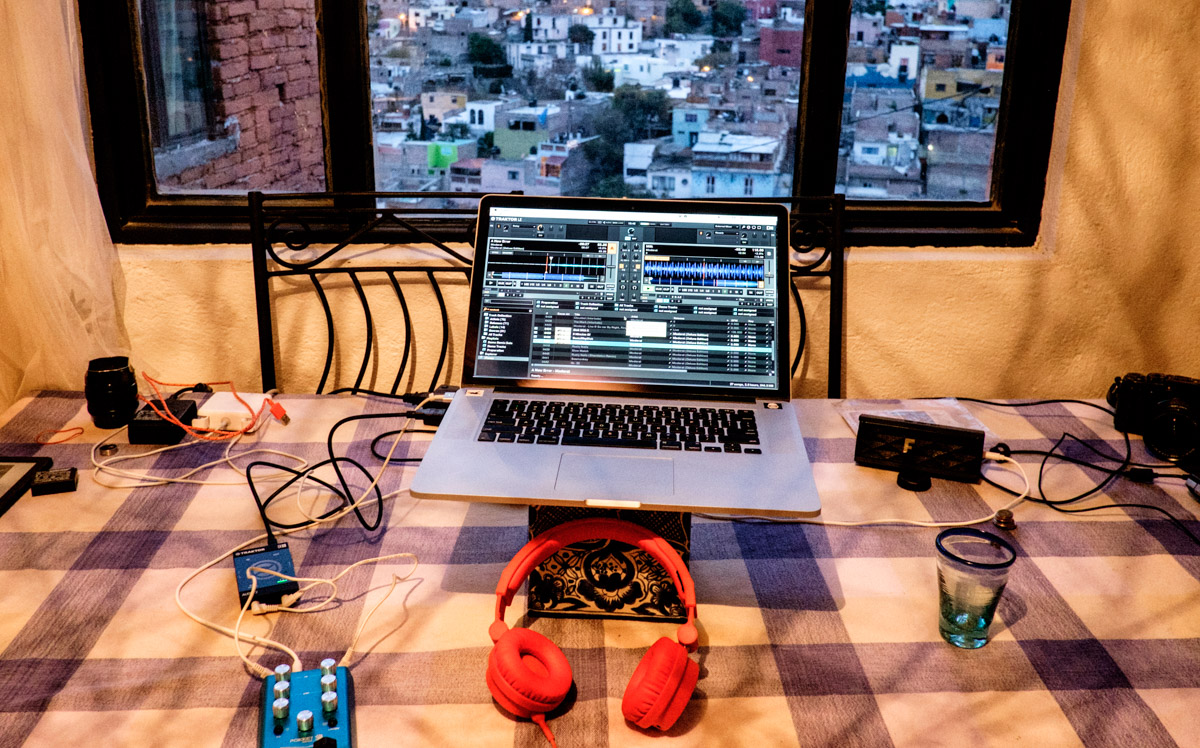 DJ Flemming Bo and his on the road setup! Bringing down the house! Guanajuato, Mexico in the background.

The DJ Flemming Bo On The Road setup

Bringing down da house is all I can say about my new setup! This is so much fun! OK, I am really really missing some decks as using the mousepad and keyboard on the Mac is not quite the same as a 1210 or CDJ2000. But for a portable on the road setup, this is incredible.

The soundcard and mixer was all I was missing, so about 160 USD of investment was all it took to resurrect DJ Flemming Bo. So far, only Charlene and our neighbours here in Barrio Alto have been fortunate enough to be subjected to my selekta skills, but hey, it is a start!

Charlene took a lot of cool shots of me in a stripy hoody under this funky lamp here in the kitchen (she also filmed a short video, but I am sorry, that is just too much awesomeness for the world to see!). So let me end with Charlene’s awesome pictures and do keep your ears ready for some DJ Flemming Bo mixes! 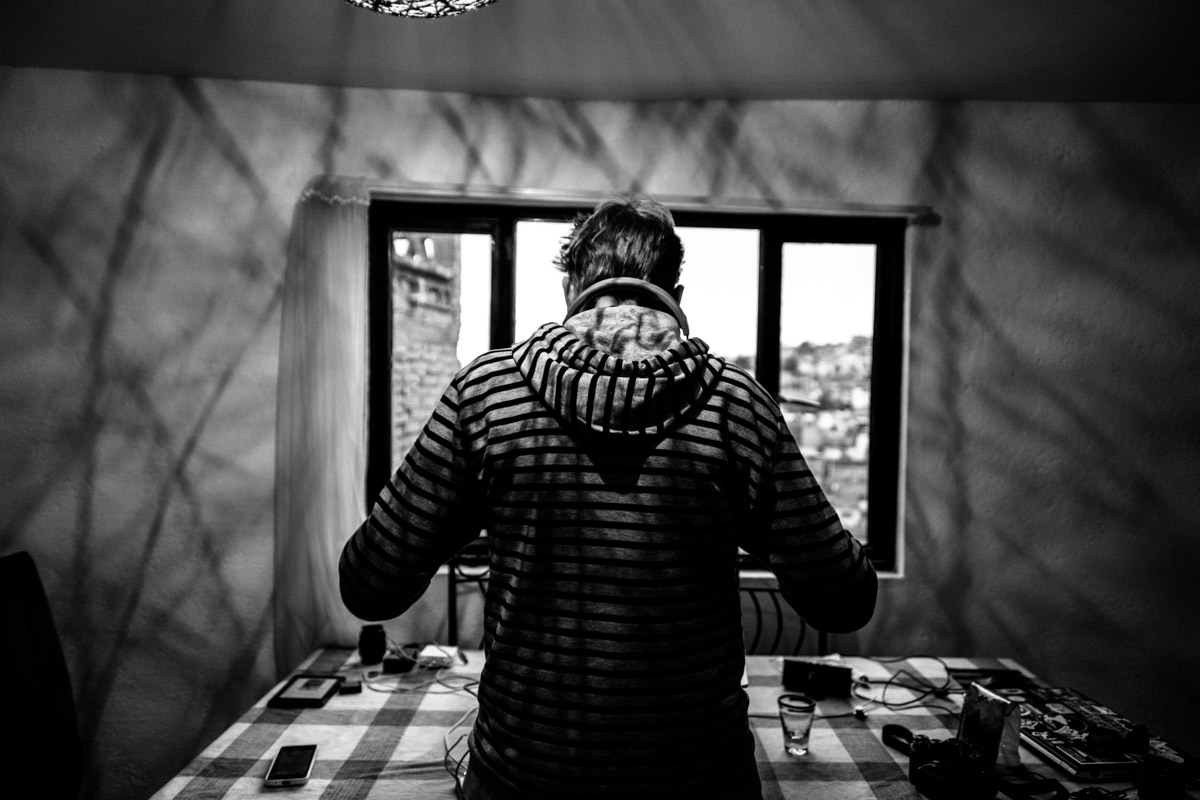 Ladies and Gentlemen, the show is about to begin. Image by Charlene Winfred. 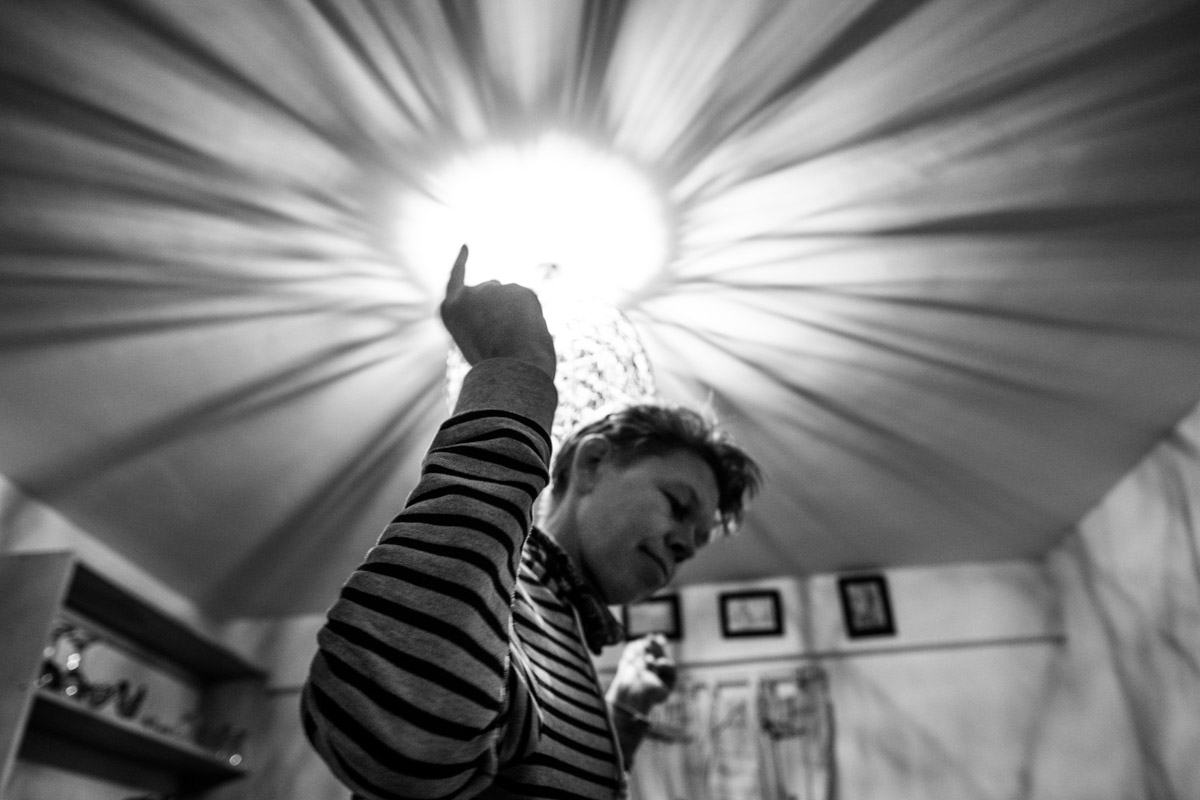 The one-finger in the air dance adds class! Image by Charlene Winfred. 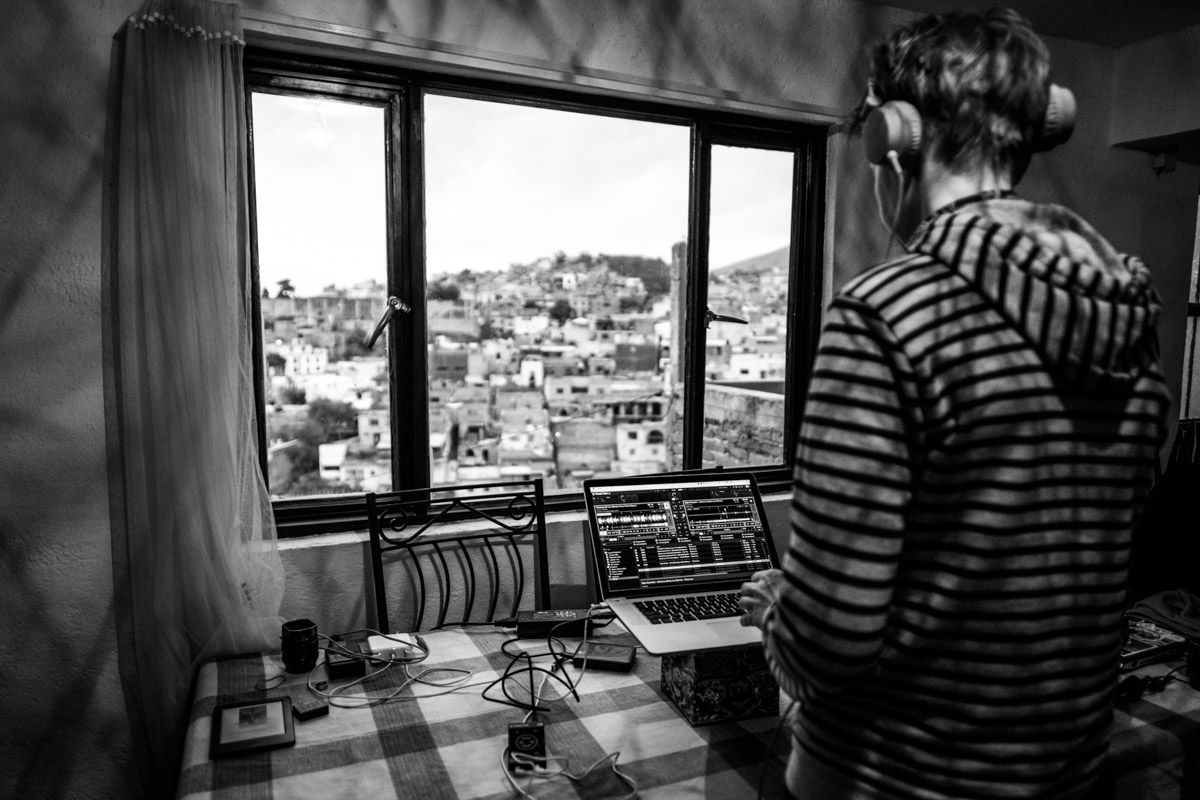 The DJ takes in the view, tries to remember where he is! Image by Charlene Winfred. 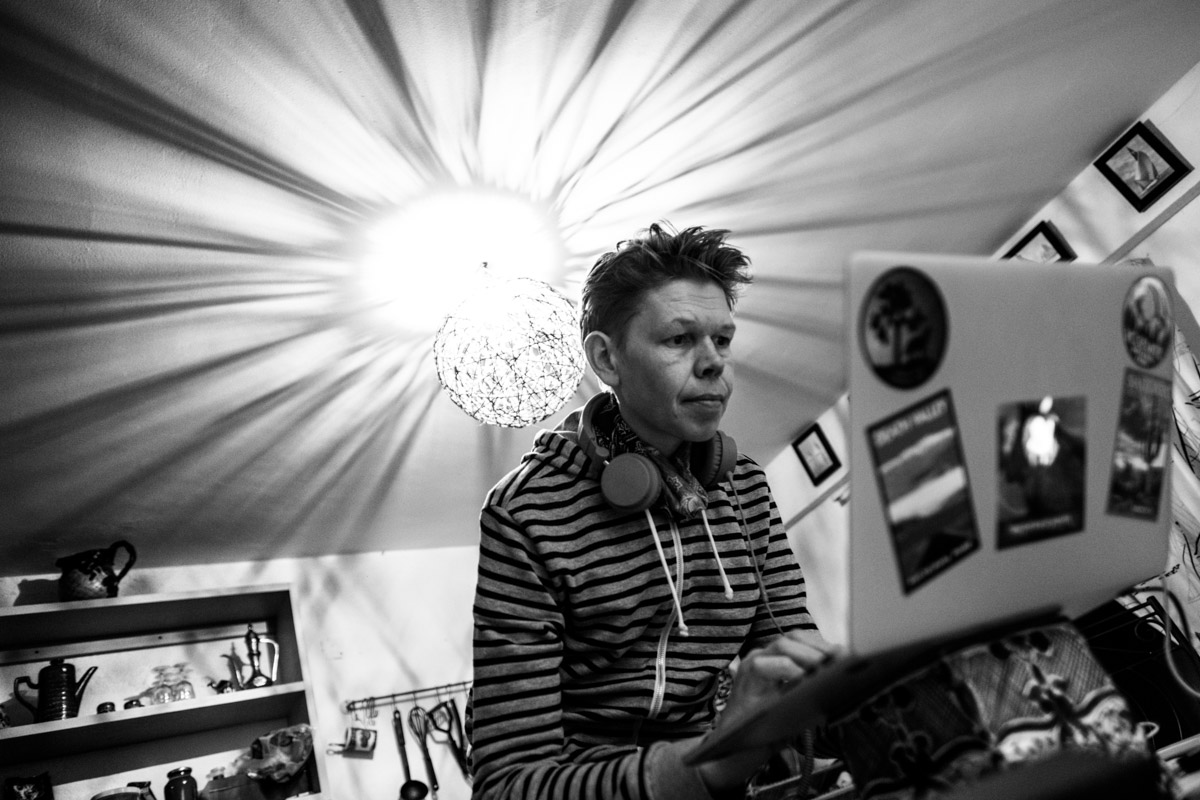 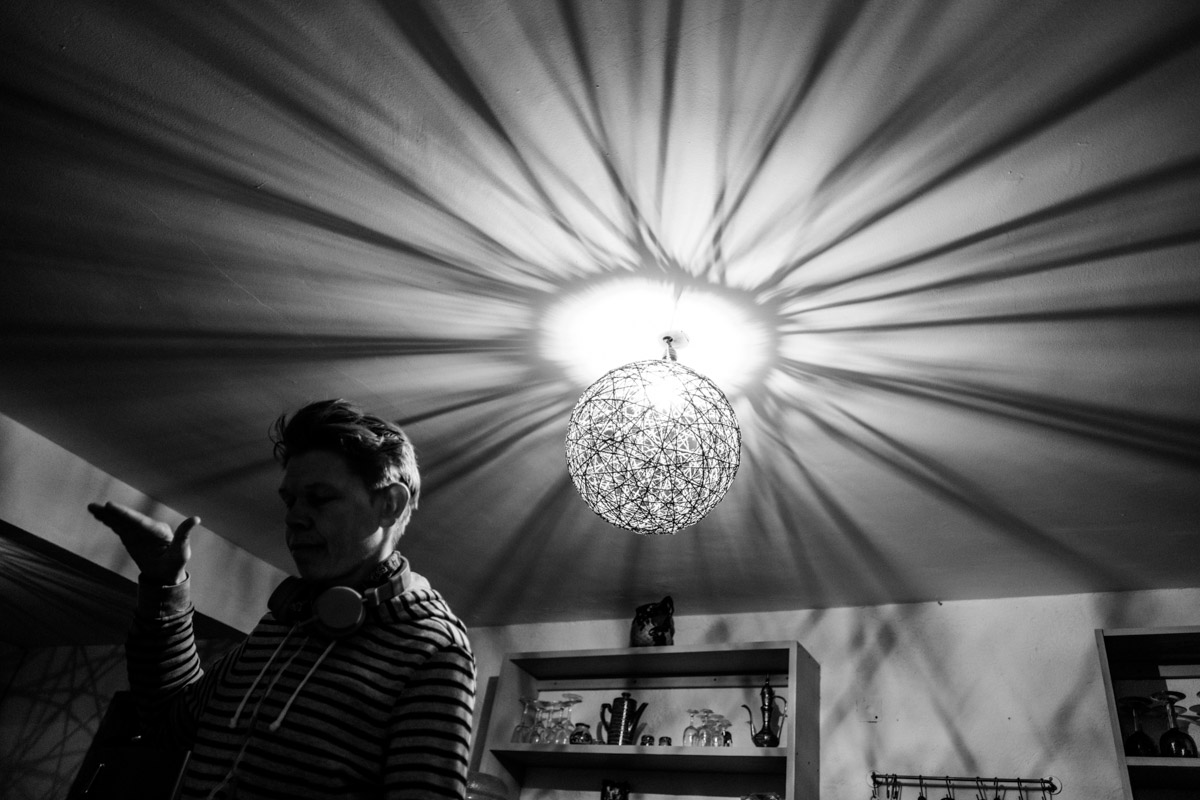 This move was so hot in the 70s. Image by Charlene Winfred. 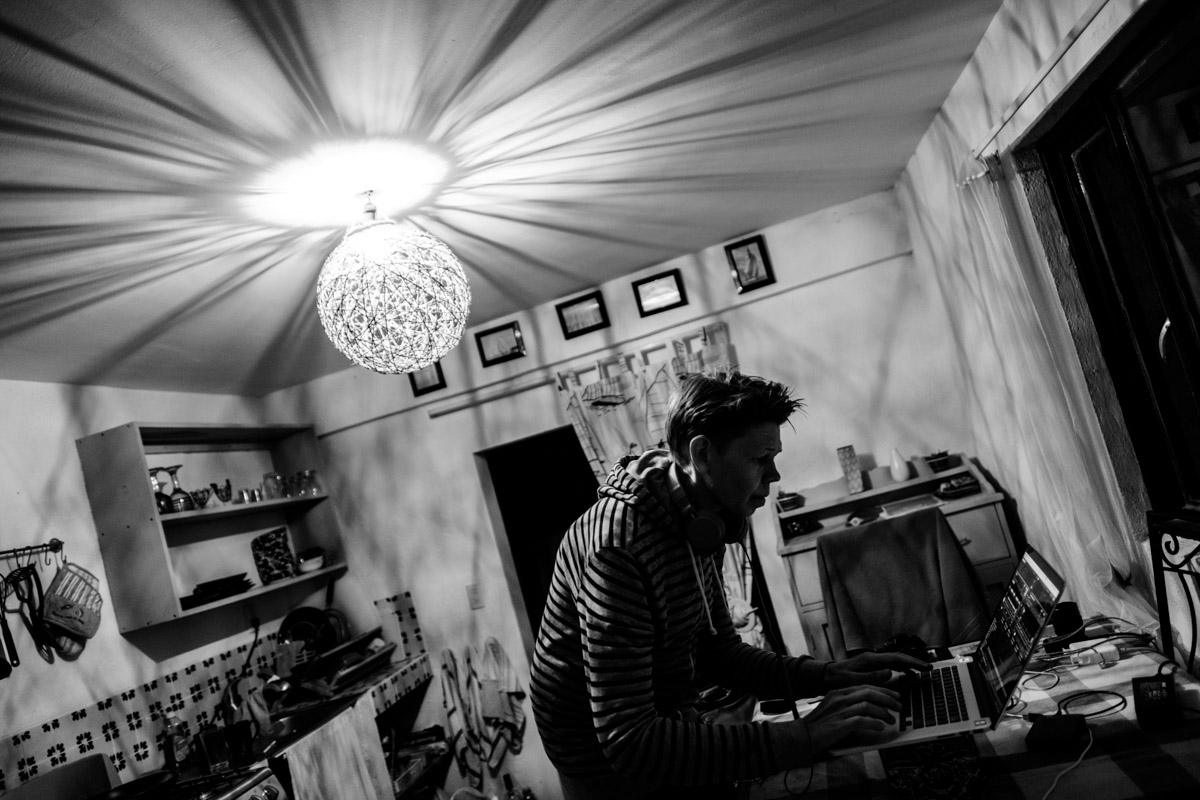 Cueing up the next monster tune. How cool is our lamp! Image by Charlene Winfred. 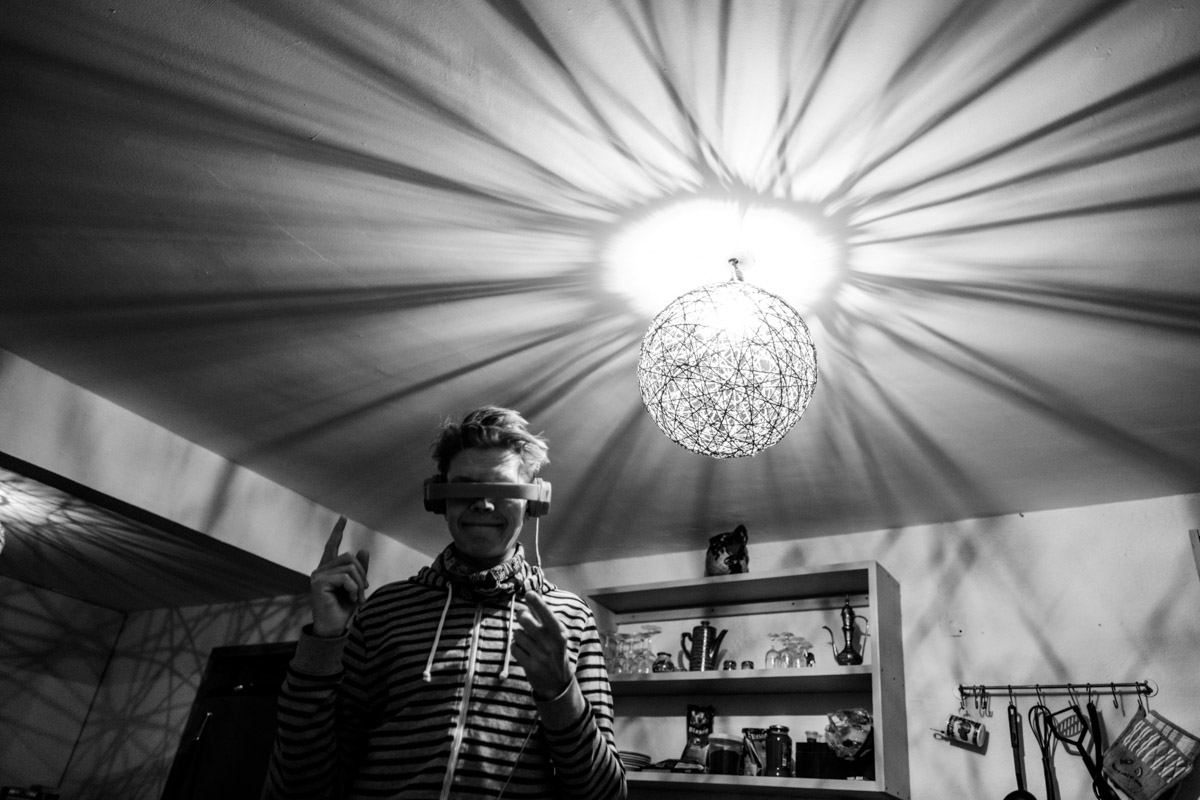 It’s official. Most stupid DJ ever but cool lamp! Image by Charlene Winfred.

Bonus gift if you made it this far: An old DJ mix of mine from 2001, click here to listen.