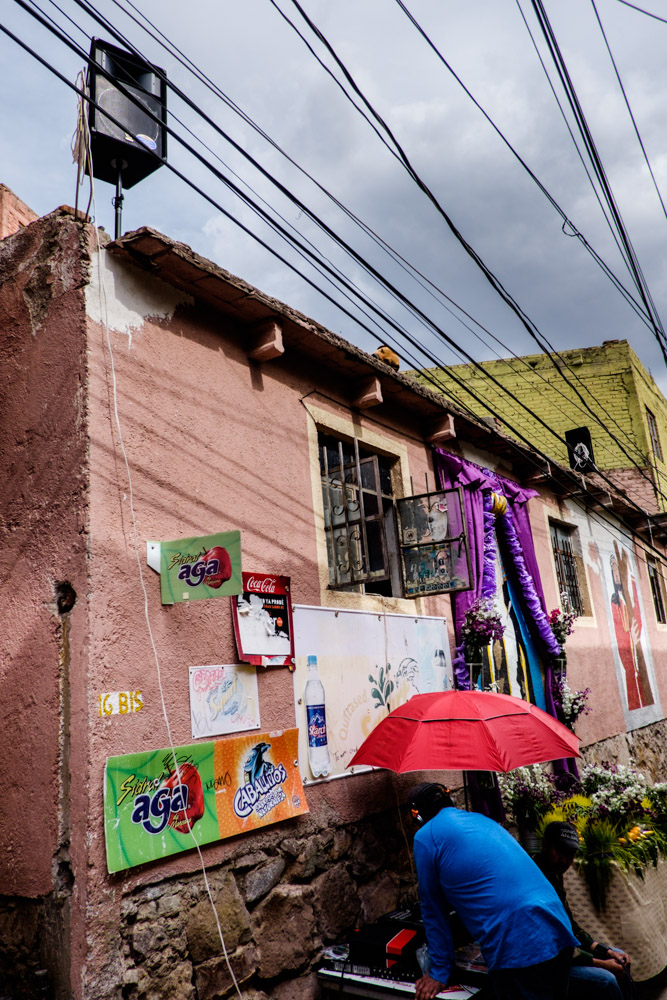 Friday was the traditional fiesta of Dia del las flores – the day of the flowers – here in Guanajuato. We woke up at 8am to the sound of some loud funky cumbia tunes. I looked out the window and discovered that our neighbours had installed a nice big soundsystem on their roof where their two dogs live.  They were DJing some funky cumbia songs from the street level – and handing out free ice-cream (another tradition).

I thought about my good friends from Copia Doble Systema and awesome it would have been, if they were here, or if I at least had a few Copia doble tracks on a CD to play for our neighbours this morning on their sound system. I must admit I do love to shoot massive big epic music events, but really, it is still first and foremost all about the music – and the awesome simplicity of just hooking up 2 speakers and blasting some great tunes to the people! We have been here 7 weeks now and Guanajuato is surprising and wonderful, every day. 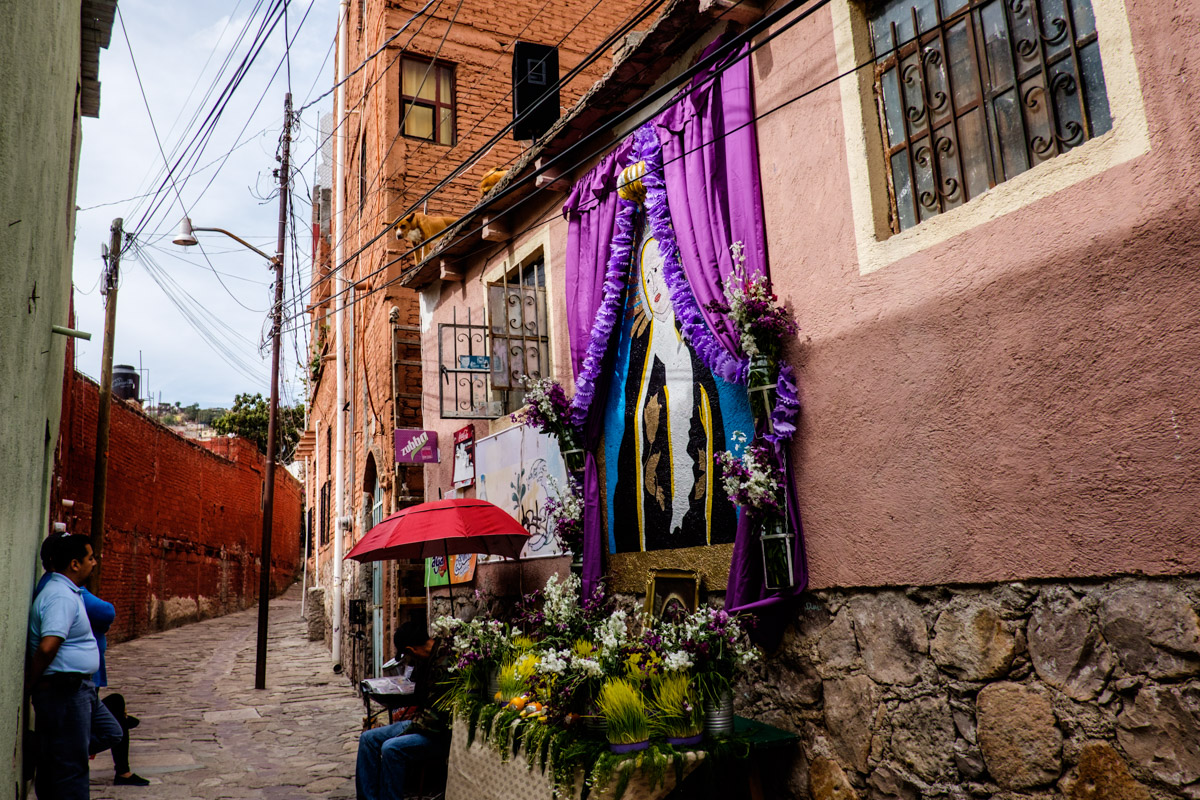 We live in the orange house past the neighbour’s festivities. The two dogs never seemed to be allowed down from the roof, they really wanted to join the party.

2 Comments on “Flowers and Cumbia”