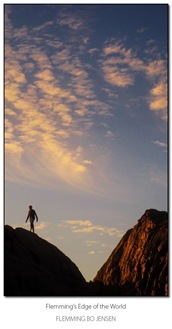 In November 2009 having sold my flat and most of my belongings I left Copenhagen and embarked on my present great journey as a Nomad Photographer. No home, no base, no strings, complete freedom. After six months, three continents, five countries, thousands of images and having been around the world I returned to Copenhagen for a Summer break. “I need sleep” was one of my first sentences.

I felt jetlagged for 4 weeks as I attempted to re-charge and archive thousands of experiences, images, people and emotions inside my messy head. I am now able to reflect on the first chapter of my life as a nomad photographer. If you are not familiar with the beginning of this tale I suggest reading my Dreams become reality post and perhaps my profile. To make sense, my reflections are intimate but of course I have chosen to leave many things out for my public blog.

Well, to coin a phrase, it was no picnic. It is nothing like a normal trip that has a defined end and a home waiting for one when you reach that end. Here; the road is home and everything comes with you. It can be absolutely amazing and also amazingly hard. I am not fishing for sympathy votes here, just telling it straight.

As is evident from my Dreams become Reality post I was completely drunk on karma at the time. Naturally, a mean hangover comes knocking at some point and reality does a boomerang return. It felt like I had disrupted the space time continuum and it took a while to properly align my planets again. As space time trembled I forgot the things I usually like to do and I lost my passion and possibly myself for a bit. Learning to live on the road as a nomad was a lot harder in real life than in my head. I also stacked the odds against me by starting this journey absolutely exhausted after months of preparations, selling my flat and all of my things.

I do not really like using the word nomad in describing my life. When I think of nomads, I think of pastoral nomads moving their tribe and herds through the desert struggling to survive. That is hardly me, although incidentally herding cattle is something I have great expertise in. But there certainly is a fundamental difference between a trip on the road and actually living on the road. On a trip you escape and leave everything behind. Living on the road you escape nothing as everything now comes with you. There is no home to store it. Every issue, every problem, everything I normally leave is now in my luggage. As if I wasn’t already carrying too much gear. This is now life and not a trip. Obvious really, but it took me very much by surprise. Perhaps there is some meaning in using the word nomad after all.

It is the hardest  thing I have ever done and the best thing I have ever done! It took me a while to master being a nomad, ultimate freedom is a tough ride. Once I got the hang of the controls I had experiences and captured images that really defined my new life. Chasing the light, going where Mother Nature takes me. My travels took me to Thailand, Laos, Malaysia, Australia and the great Southwest of the USA. I learned a lifetime’s worth of experiences as I met old friends, made new friends and had the great pleasure of travelling with a dear friend for a while. I captured thousands of images and created my best work. I had the pleasure of the sun almost every day. Mother Nature was as always wonderful and even offered up a slice of magic now and then for me to capture. I witnessed the ocean at play like never before at Wyadup Rocks. I snorkeled among corals on Rottnest Island. I walked and captured the Valley of Death. I was awed and sandblasted by a sandstorm of Frank Herbert’s Arrakis proportions in New Mexico. And the hmong children of Laos touched me for life.

Six months of living on the road as a nomadic landscape photographer felt like a long time. I had about 40 to 50 different homes, flew on 21 airplanes and drove tens of thousands of kilometers capturing thousands of images. Whereas I had the company of friends during the first part, my last two months was spent on a 12,000 km solo mission road trip in USA through some of the most jaw-dropping beautiful and dramatic landscapes on this planet. I met friends but was also very much alone and completely immersed in my art of photography. I was either high and drunk on nature or down and fatigued on life – resulting in the best images I have ever created. There’s a reason why so much great art, music, movies were done by people on drugs, depressed, crazy, etc. resulting in the perfect creative zone. At the end of the six months I was ecstatic about the images, trip, the experiences, the people but battling fatigue and migraines. Obviously my nomad photographer life needed to include some breaks from the road and some rest in something resembling a home with friends and family. As I flew back to Copenhagen I could not quite shake the feeling of failure, but still felt proud. I had done it and I deserved and needed my Summer break.

I may regret some of the decisions along the way but that’s life. I do not regret my new life at all. I cherish all the great moments and highs. I learn from falling in and climbing out of black holes although I still bleed from the cuts and should like to not fall into quite as many. It is ultimate freedom and I can chase the light, go anywhere I want whenever I want. I don’t doubt I will at some point want a home and someone to share it with. I also have to make this financially sustainable. But presently there are chapters yet to be written and this simple free life and chasing the light is too good to give up.

Stronger, somewhat wiser and equally more vulnerable I am ready for chapter two. Second chapter opens in November 2010 as I embark for Papua New Guinea with Aussie mates Mark Stothard and Christian Fletcher. After Papua New Guinea, Australia needs her visit and then several options include Thailand and India; and Africa calls me very strongly.

I am attempting to make my life a story and thank you for reading. Stick around as there is much to come. To paraphrase a quote from my beloved Firefly sci fi show; this spaceship is tore up plenty but I’ll fly true.

35 Comments on “Reflections of a Nomad Photographer Part I”