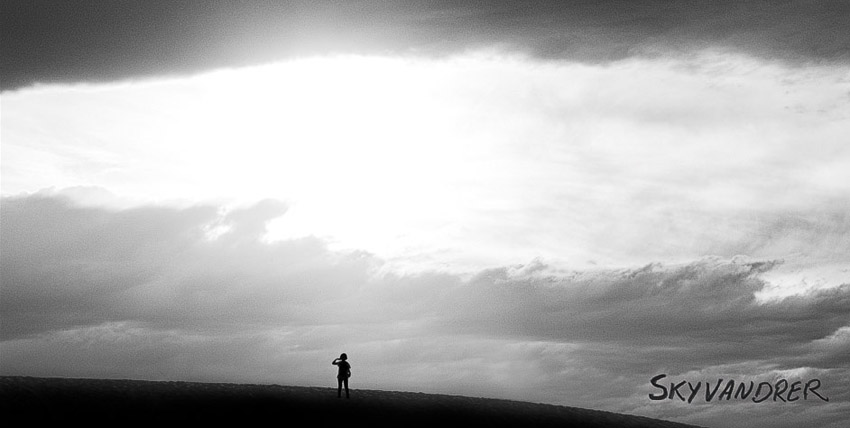 Skyvandrer [Danish: Cloud- or Skywalker]. Walk on clouds. Free. To live a creative live feeling free. One of the main reasons why I live as I do. That feeling is possibly what I have chased all my life although I have become majorly sidetracked at times.

The kick of feeling free. Nothing like it for me. The more I do this somewhat dangerous ‘drug’ the more I dislike any form of everyday life and routine. Seriously dislike any form of planning and organization. Just want to travel the universe.New Mexico is unique in this aspect. Flying my car — the RaveMobile — through wide open wild spaces under a harsh hard desert sun. On the Road. New Mexico 2012 was a mad mix of unfiltered emotions, freedom, exceptional feeling of freedom, exploring, making pictures every day, filming a documentary, meeting awesome and inspiring people, making new friends, dreaming and then creating a new future, allowing great and magical things to happen.

SKYVANDRER is a book, no more a journal from my two months in New Mexico, pictures, writings, clippings, maps, UFOs and everything in between. A melting pot of ideas thrown into one fun not-too-serious book featuring 50 or so images.

For the longest time this book was just called “New Mexico” unable to think of a title and a cover image. Once I thought of the title and found the cover image, it seems so right and obvious. Skyvandrer – Skywalker – is well, obvious and the cover image is quite possibly the most telling image of my entire life I have ever created. A child climbing towards the clouds, the light, the sun. Captured at White Sands Desert, just as the sun was setting underneath an angry storm sky, the most magical of otherworldly light lit up the place and everyone ventured to the top of the dunes to stare into the sun. Staring into the sun, walking on clouds, reaching for the stars, dreaming of the universe — Skyvandrer.

SKYVANDRER (preview shows only 25 out of 108 pages)

Skyvandrer by Flemming Bo Jensen | Make Your Own Book

SKYVANDRER is available to buy direct on Blurb for 34 EUROS, click here. 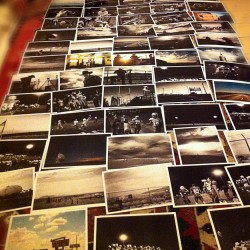 I used some of the same ideas as when I made Diario del Peru. The book features a “rotated” look. This time around I wanted to work fast, fast and fun and I just really wanted to create a personal book for myself, that’s all I had in mind. I have, however decided to make it available to buy, should anyone be interested. The books is a mix of ideas, many spreads with items from New Mexico photographed and pasted into the spreads, with handwriting on top of it. Once I had a rough selection of images from New Mexico, I had small prints made and spread them all over the floor, standing on them, shuffling them around, chucking them around the room. By far the best way to edit I find, and so much fun. I found some loose themes and ideas, grouped the images according to this and tied the story together with spreads of “stuff” (best way to describe it!).

“I am not running away from things. I am running to things before they … flare and fade forever. It’s a big old universe and there’s so much, so much to see.”