TwentyTwenty – 2020 – it had such a nice ring to it, such promise, but did not bloody deliver at all. We all know why and I won’t go into too many personal details except to say it has been a very tough year personally and professionally but I have made it through the year ok, for a lot of people in other parts of the world it has been far worse. I am fortunate. This post is purely about my 2020 as a professional music and event photographer. For anyone working in the music, event, travel, hospitality industry etc the pandemic meant your livelihood was suddenly removed. And we are not out of the scary woods yet. It is 2021 though and we do have vaccines so day by day we should be getting hope back. I hope. Douglas Coupland wrote “Nothing very very good or very very bad lasts for very very long” in Generation X. We hope.

Let’s go back to the beginning. It is strange to think now that the first 2 months of 2020 were actually normal, workwise. Concerts, events, work, normal! It looked like this, mad amounts of people close together, celebrating music in a sweaty embrace and celebration. 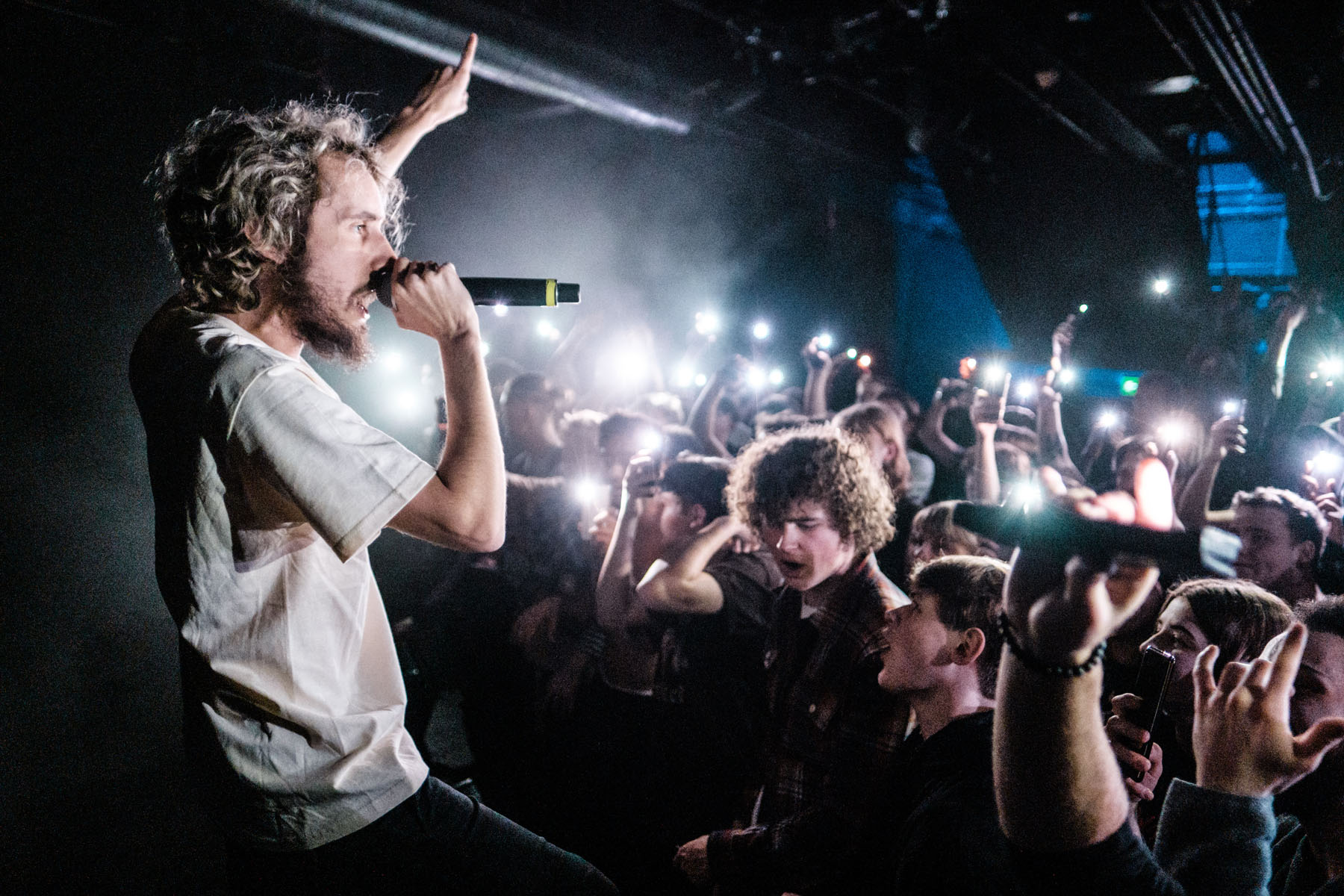 I photographed the awesome Danish band Joyce on 7 March, just before our lockdown here in Denmark. Look at that crowd, how close we all are! Read the full blog post about Joyce here. 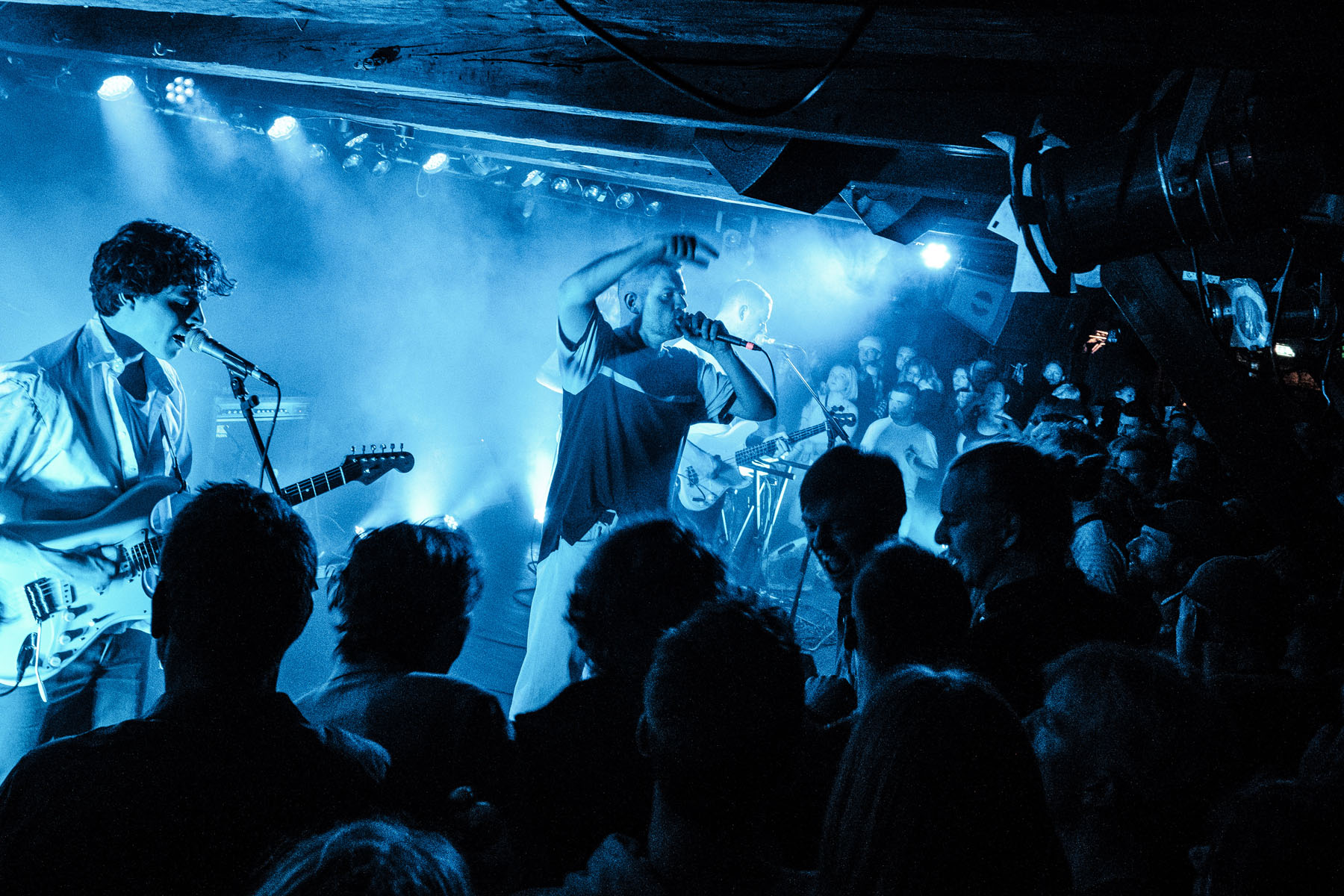 Then on March 11 everything shutdown and everything stopped. My calendar was wiped clean for the entire year. Then….in an act of a mix of desperation and creativity, desperate to reach people, desperate to make things, to play, to create, to give something to the fans – streaming corona concerts were born. Not all of them worked well. I find that unless there is something exceptionally visually interesting to look at or interaction with the viewer then I would rather just play the album or watch a proper concert movie. But it meant photographing music again and for that I was grateful, even if it was really weird for everyone to play live in an empty studio in front of a few cameras. My friends at the visual wizardry factory Hackstage built an insane streaming stage at the TAP1 venue and invited me over a lot to shoot and that was a lot of fun, I was like a junkie finally getting a fix again. Photographing music is a dream come true for me, and to have it removed is removing my identity.

Mad professors of hackstage at work at TAP1 at the virtual Bas under Buen festival in July! 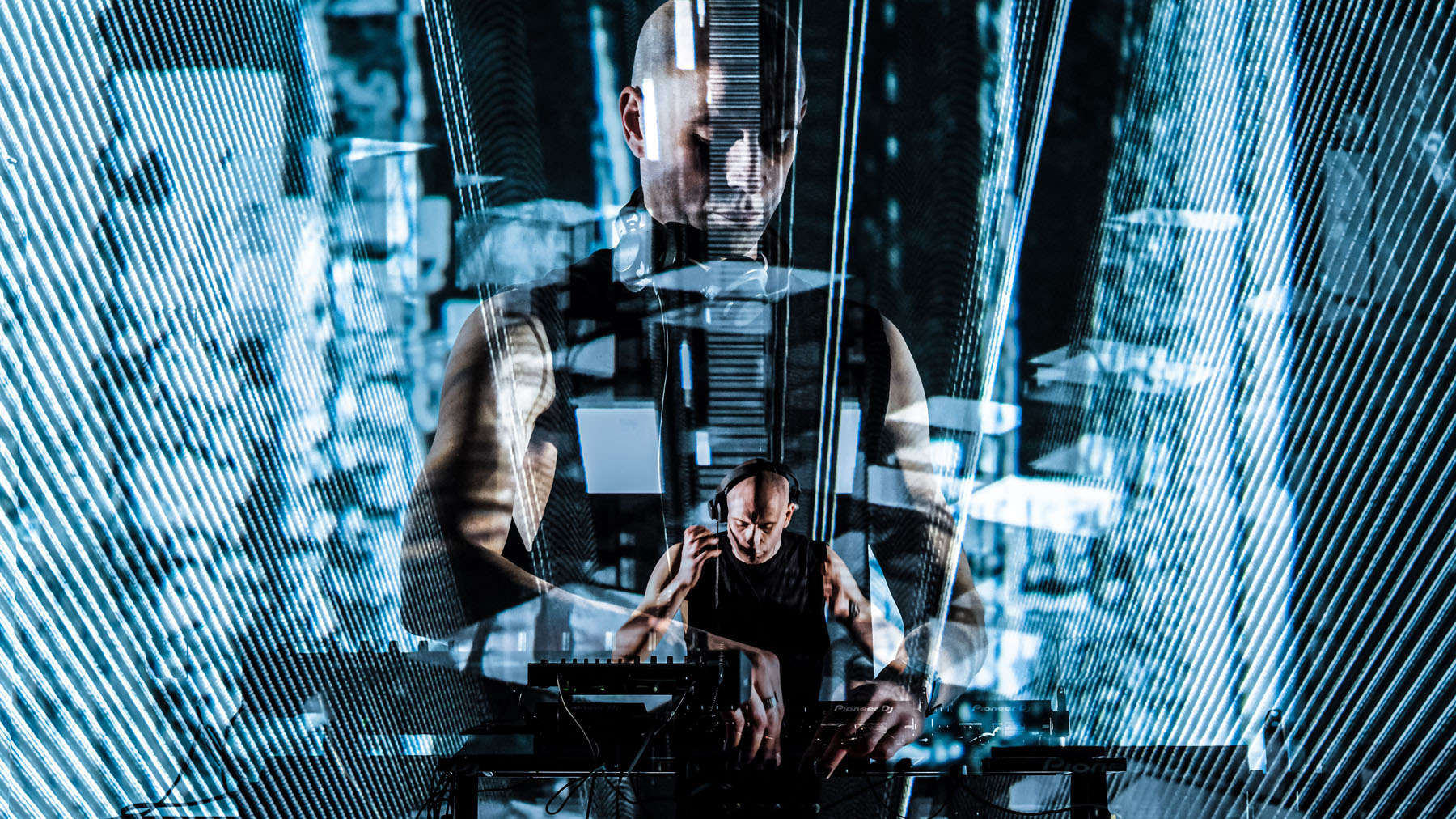 CTRLS playing at Hackstage back in May 2020, and look at that, I made double exposures in camera!

Henriette Vindenes at Hackstage, May 2020 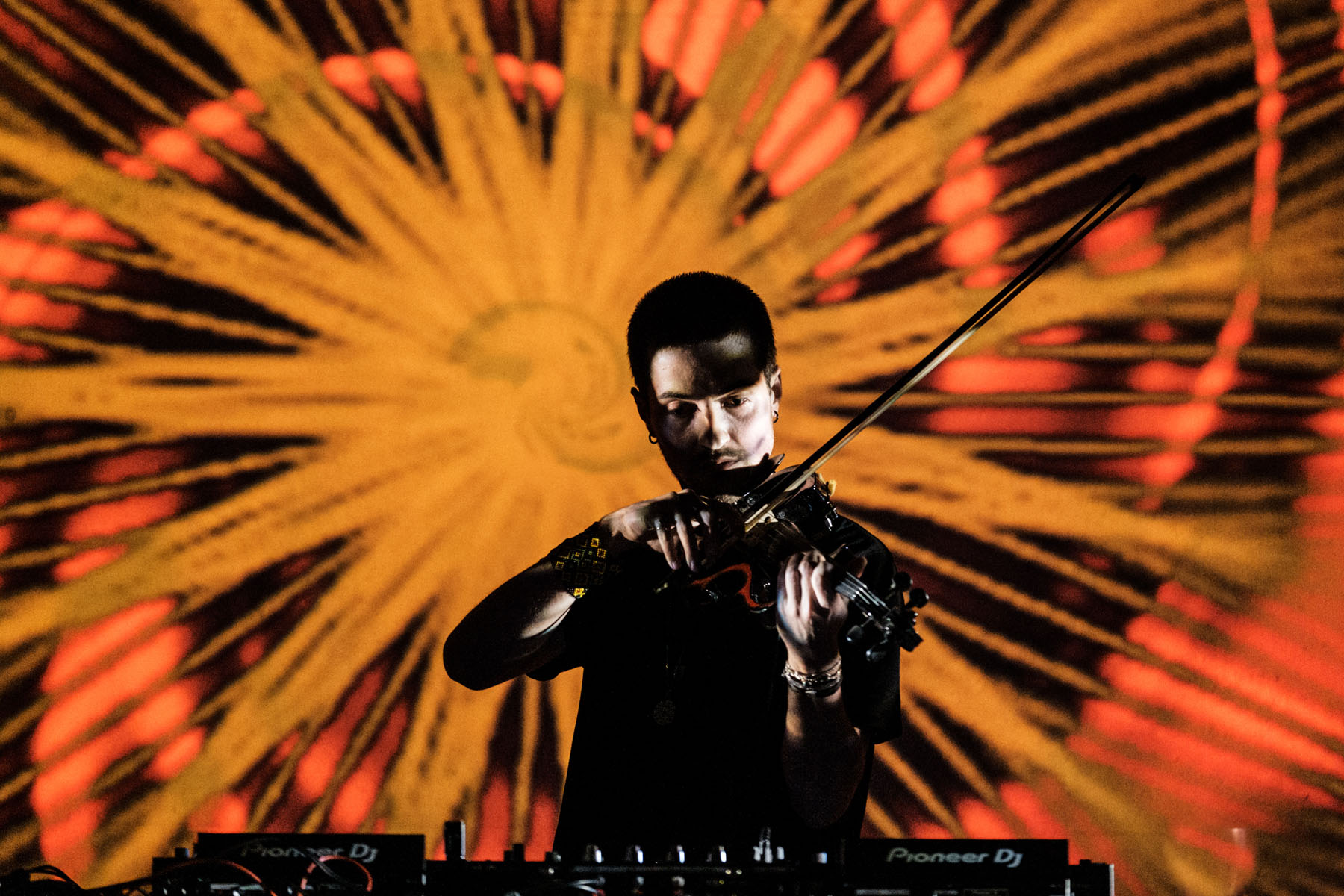 By far the biggest, maddest and most epic streaming event I photographed was Martin Jensen‘s Me, Myself and I show that I photographed for Red Bull. It was on top of a frigate! Enough said! It was mad, over the top and insane and so much fun. I doubt I shall ever photograph another event on a heli deck of a frigate. 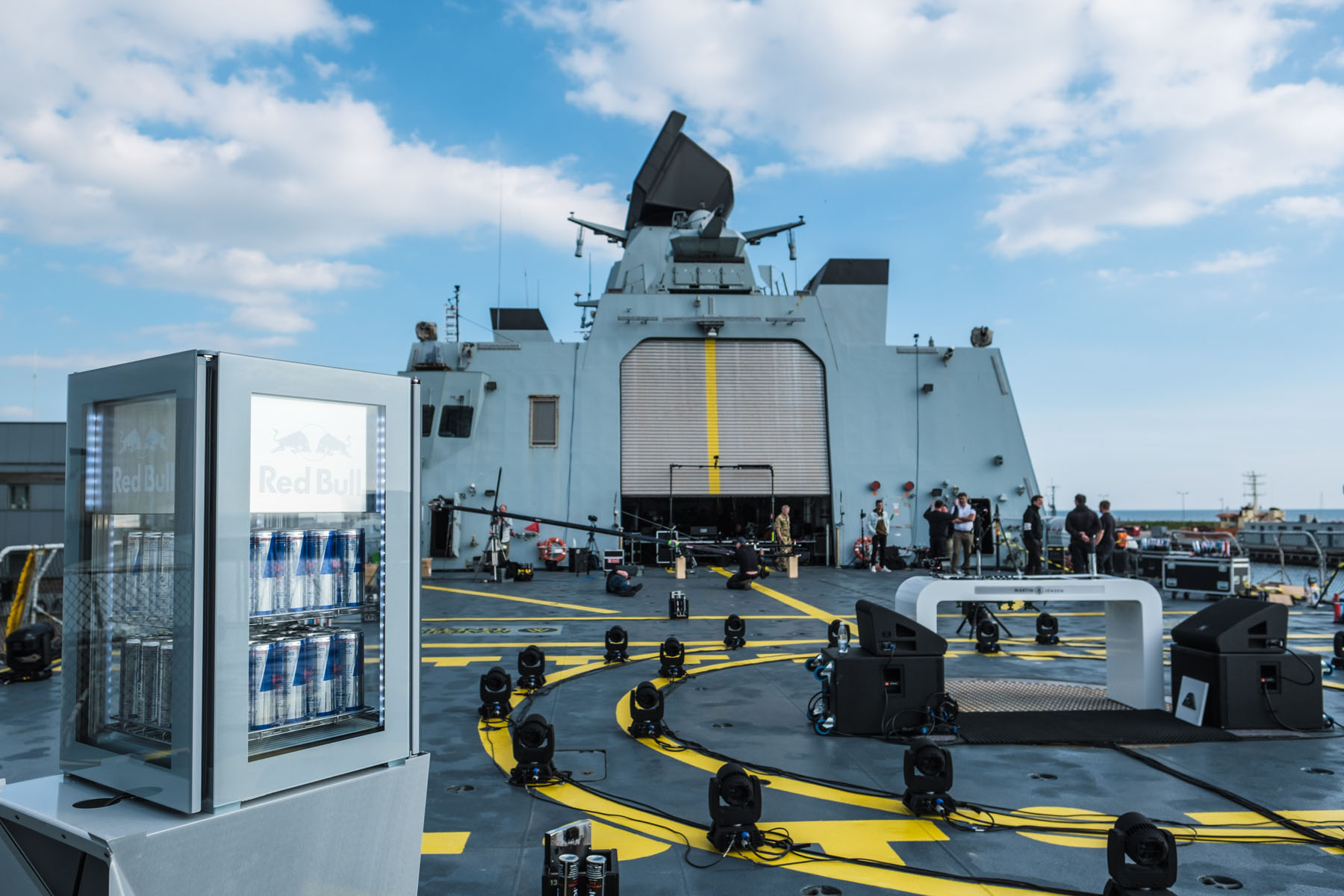 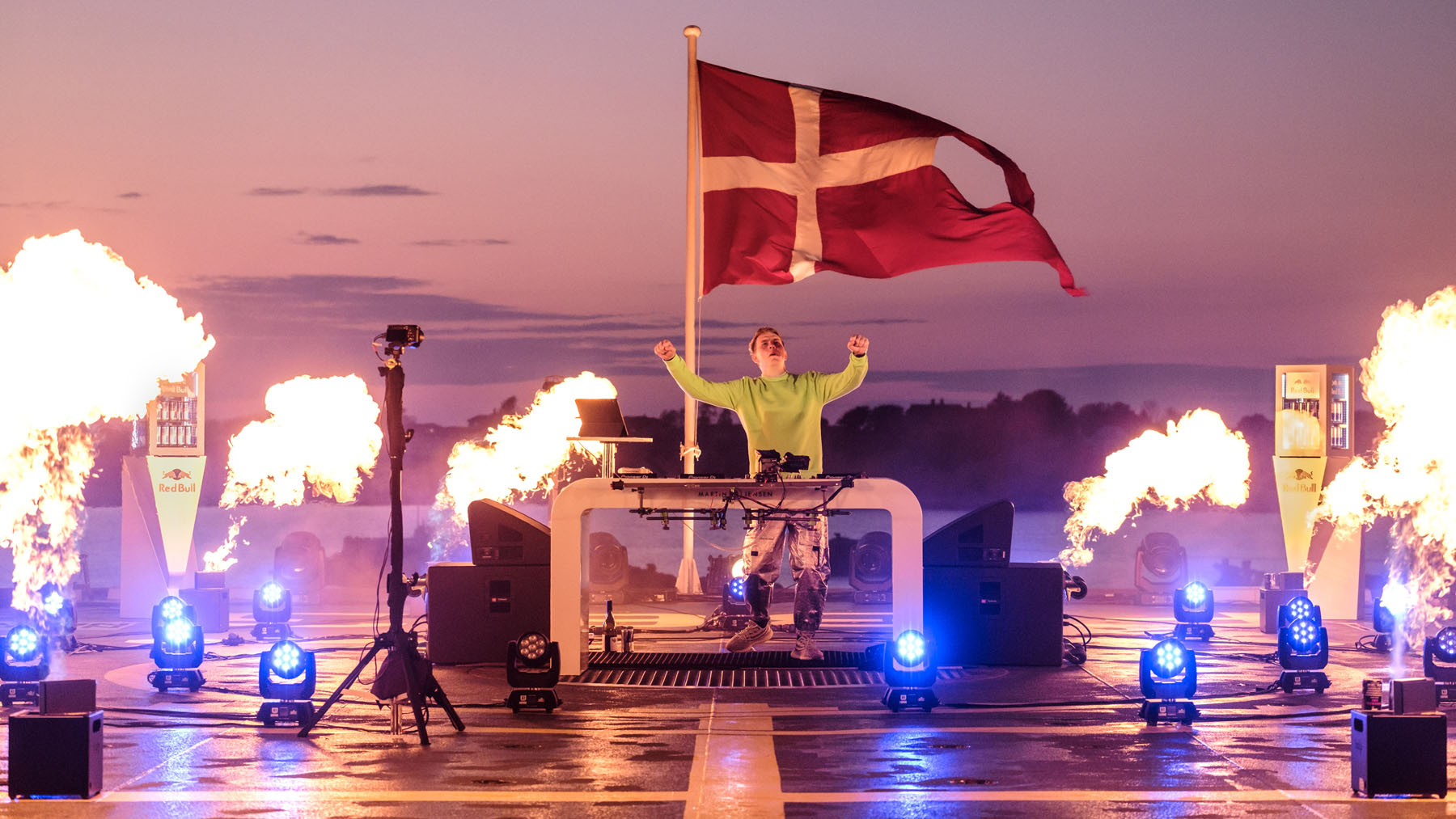 Martin Jensen performs his Me, Myself Online live stream concert on top of the Niels Juel frigate at Korsør, Denmark on May 8, 2020

Martin Jensen performs his Me, Myself Online live stream concert on top of the Niels Juel frigate at Korsør, Denmark on May 8, 2020

At the end of May I also filmed a music video for Danish band AICK. Mad lasers by Laserfabrikken, 2nd shooting by Visuals by Frida, what a day. Read much more about the AICK shoot here, and watch the video below. I still cannot believe I filmed a music video in the most legendary film studio in Denmark, Studio 3 at Nordisk Film. Actually we were the first to ever film a music venue in that massive studio. I was so insanely busy on the day though that I hardly had time to enjoy where we were. Luckily Visuals by Frida made a great Fire the Turbo lasers – The Making of a Music Video. I am the one pretending to be the director of photography by waving my arms a lot.

I had a couple of fun shoots with BAIME in May and July, including standing on top of the Opera House in Copenhagen for the 24 hour Covidhagen stream festival. It was fun to be on top of the Opera House, but you may think the view is amazing right? Not so, the roof is so huge that you literally cannot see anything except for roof up there! Still, a fun venue to explore! 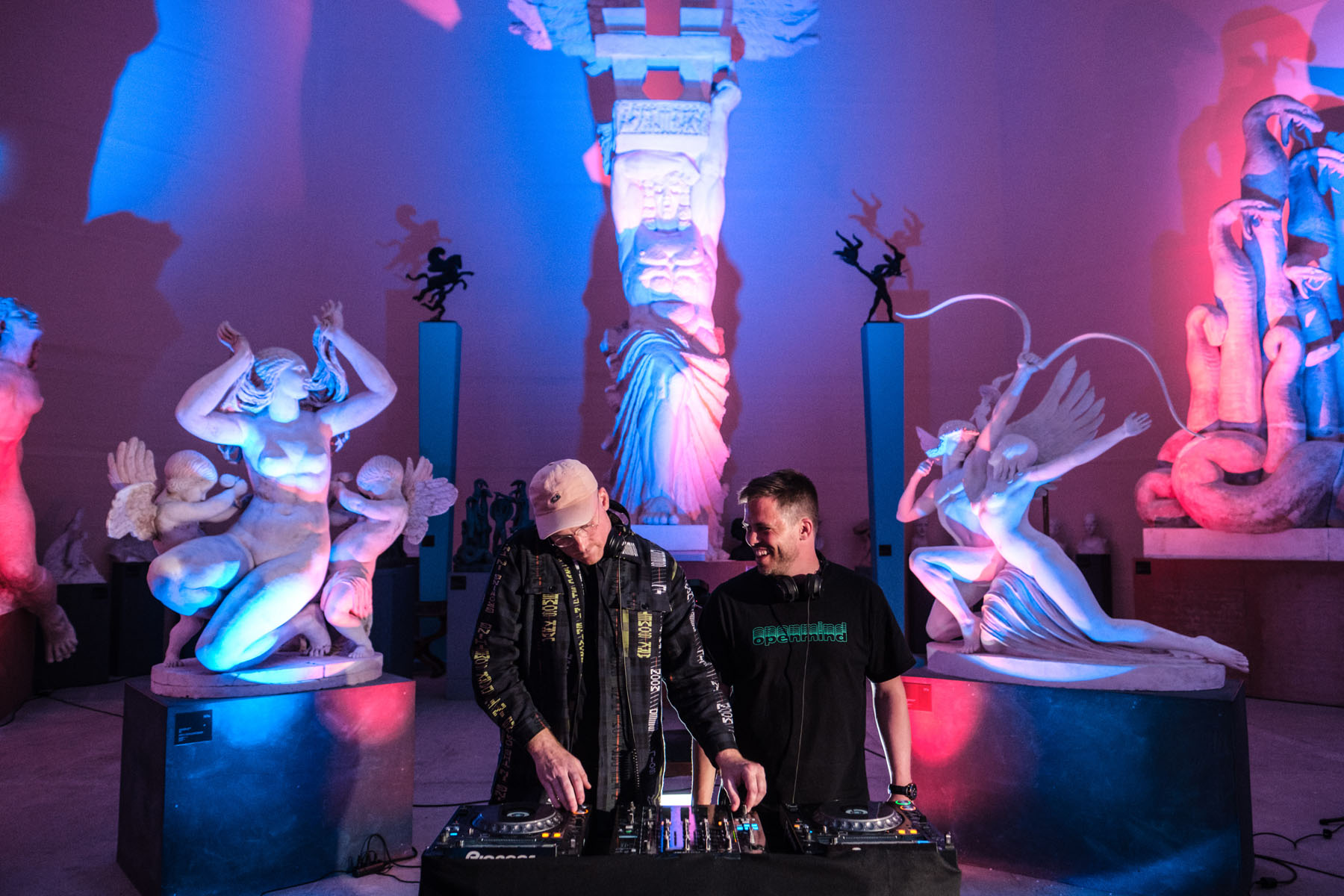 BAIME at Rudolph Tegner Museum, production and video by Nimsound 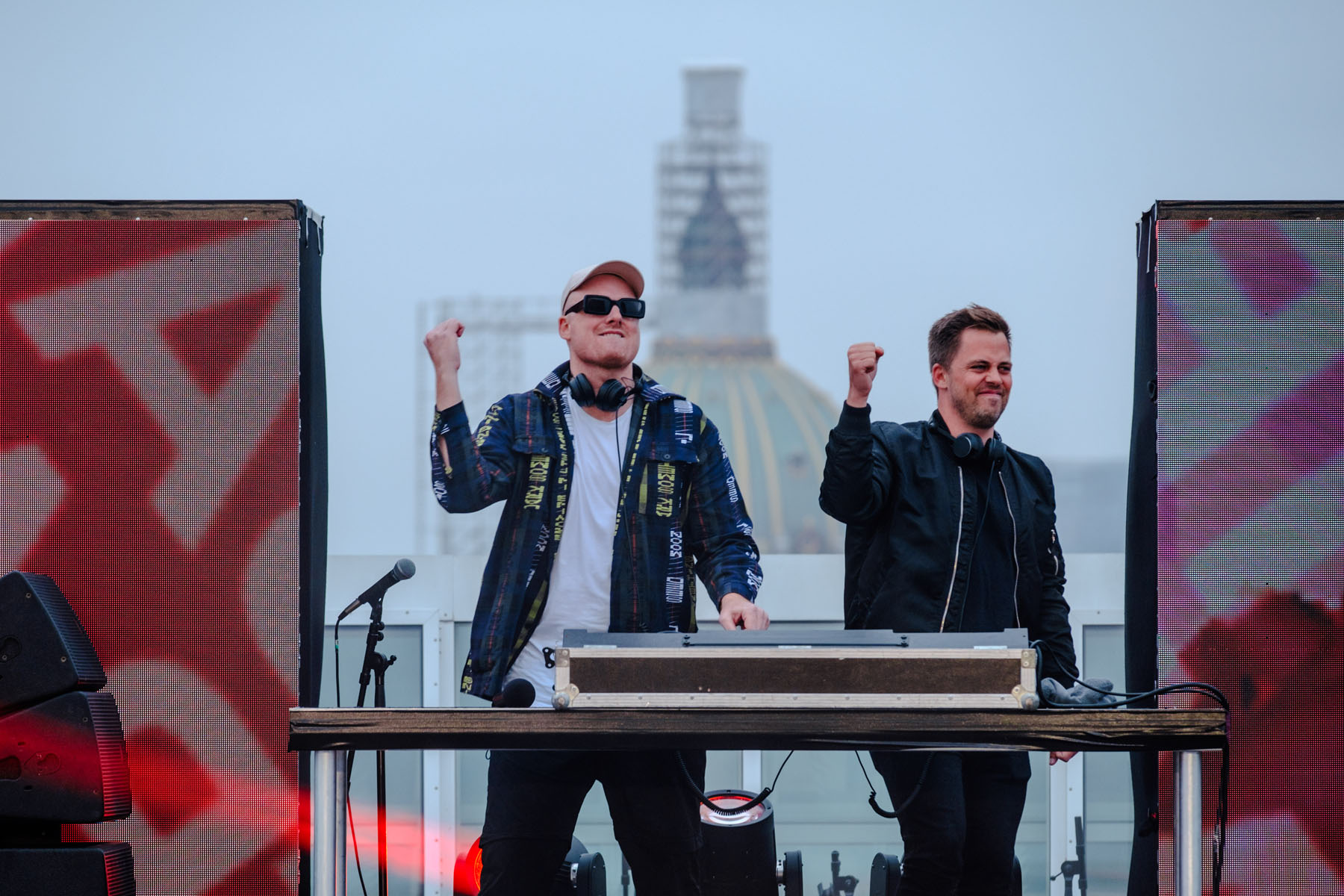 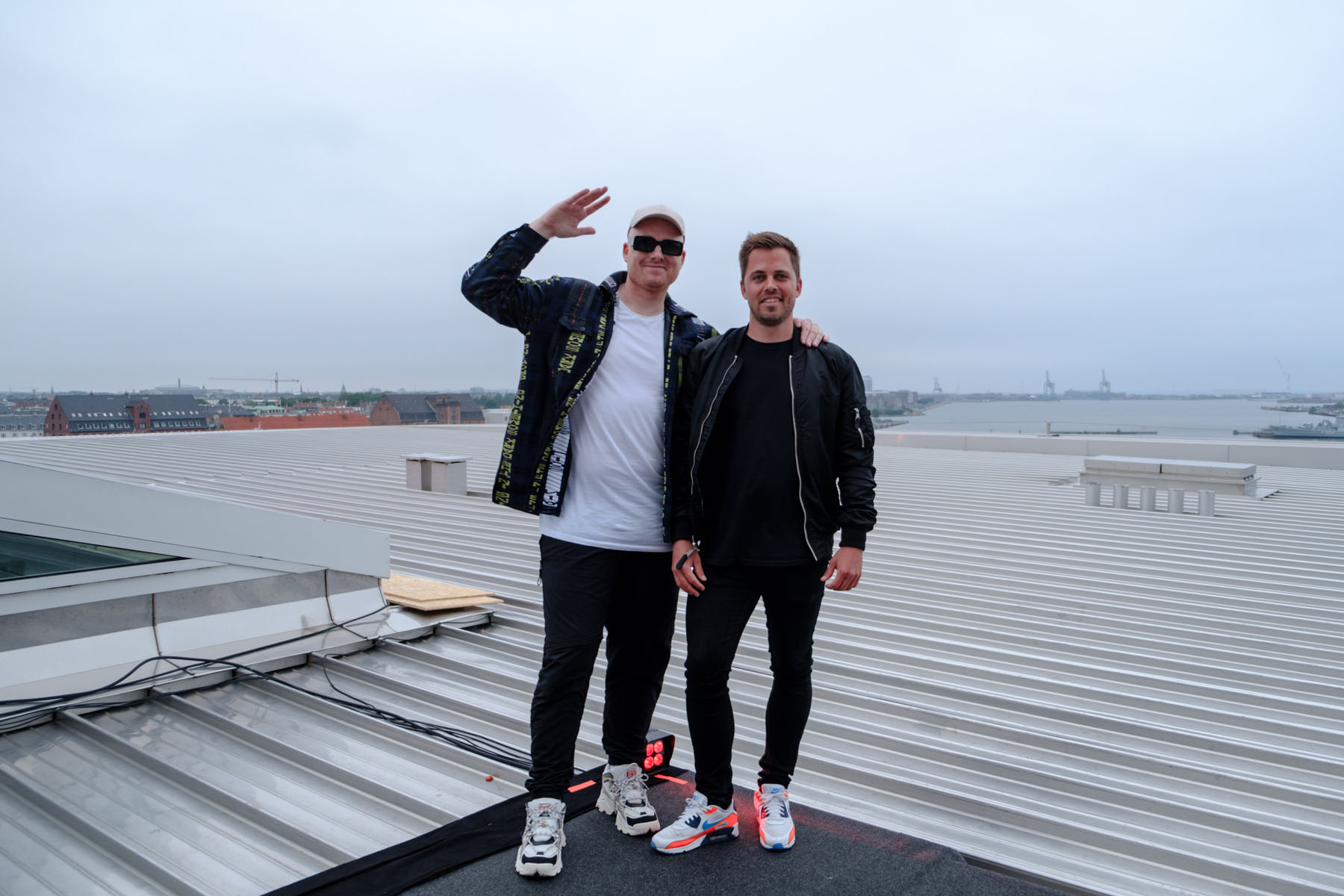 BAIME and see what I mean? The roof covers everything and walking to the edge was not quite on the cards.

I have shot some gigs for the great Joachim Bay and ShowTech Productions this year, and this concert by Danish band Jung at Royal Concert was really fun and weird! It was a closed concert for 200 fans in a venue that holds 16,000 people. Despite that, shooting a concert with an actual audience, even a small one was the first time since March and I remember vividly one special moment: When they let the crowd into their seats, the sound of people talking excitedly and going into a venue just gave us all goosebumps. It was a feeling we had completely forgotten. 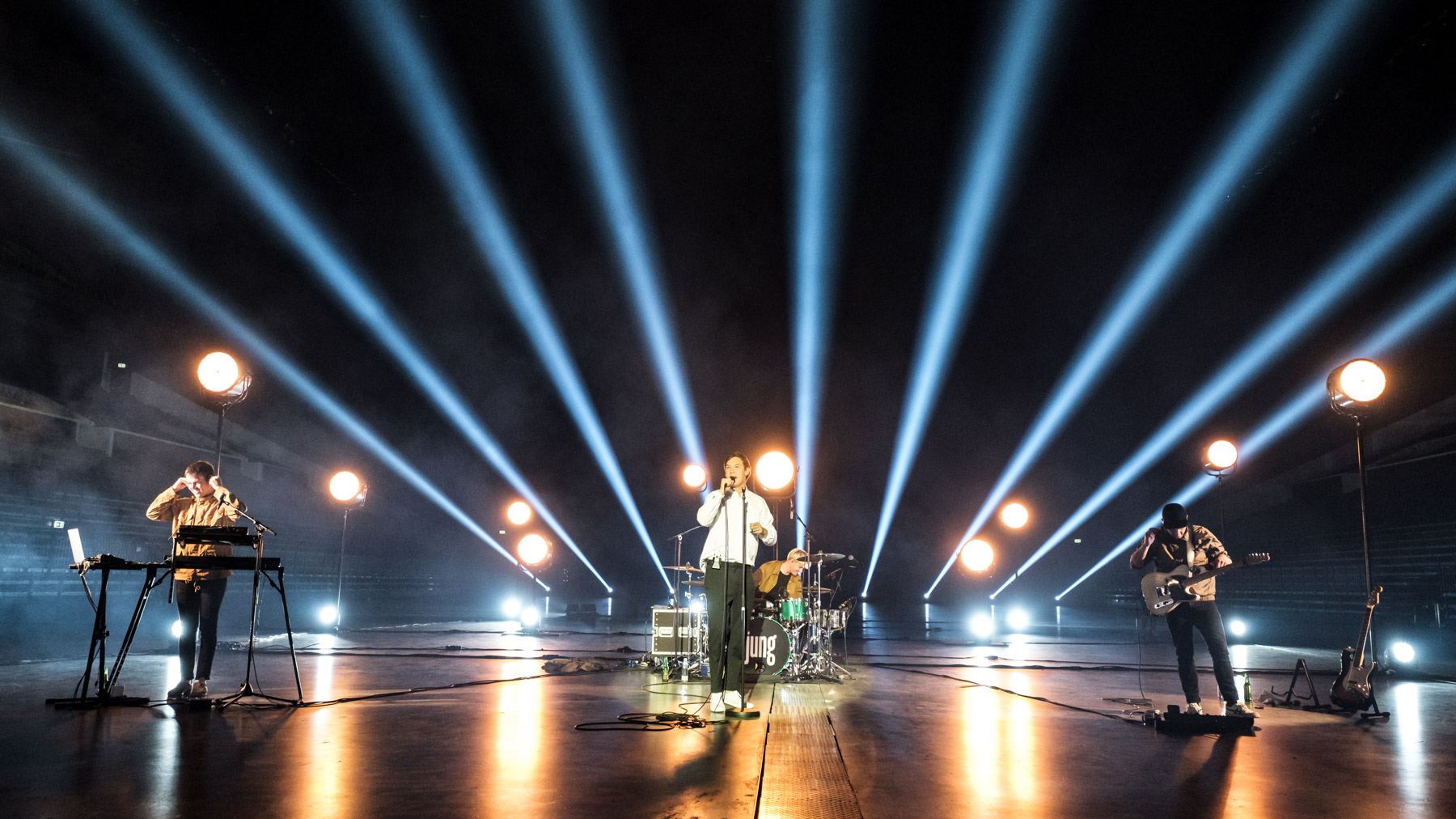 The ‘stage’ for Jung was just the entire massive floor but that did leave lots of room for nice lights by Joachim Bay! 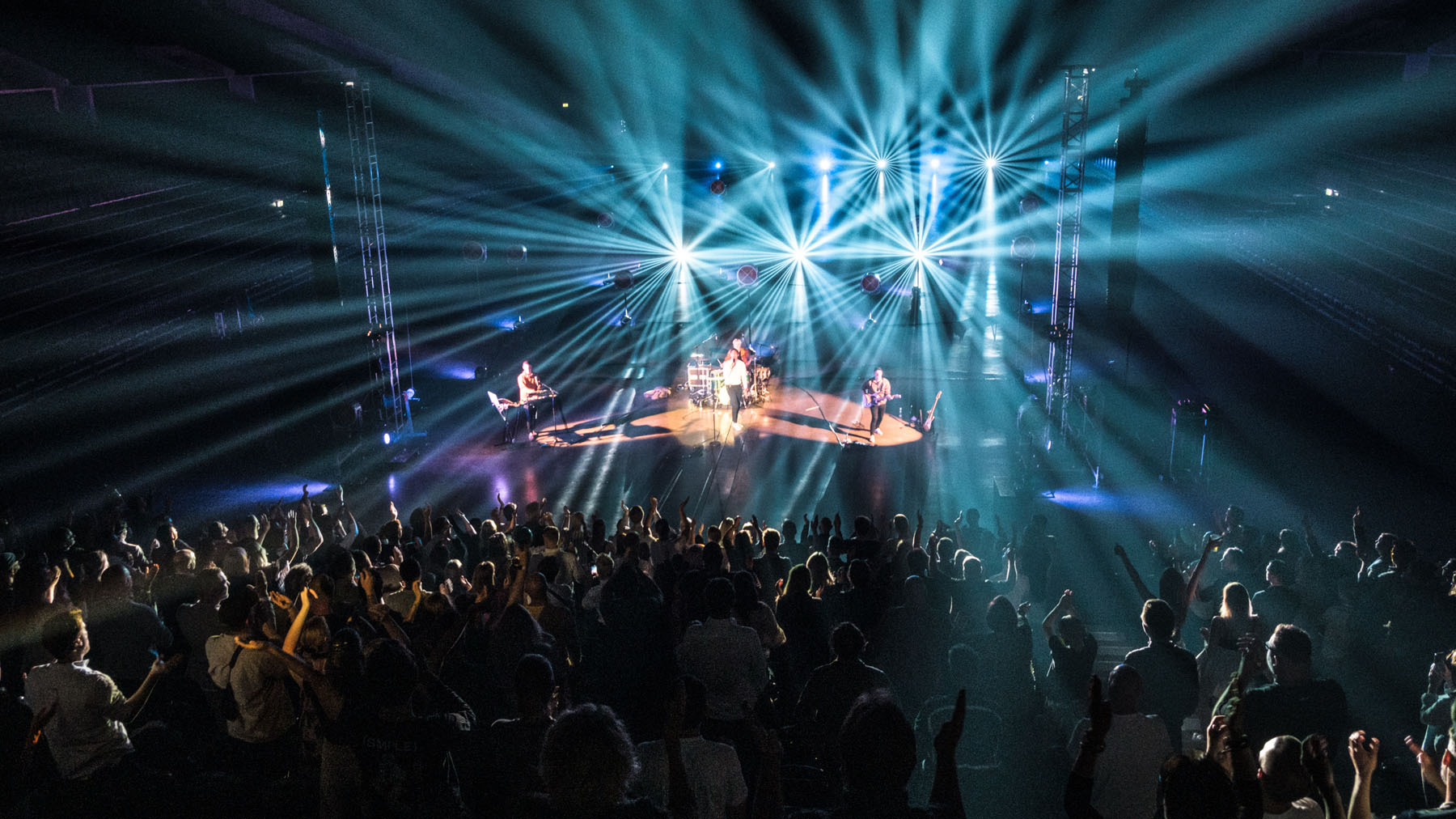 Jung with a small seated crowd, 200 people in a massive venue but people were really up for it and the atmosphere was great.

Summer also saw the opening of outdoor seated concerts, and I spent a day with Joyce at Tivoli in Copenhagen. It has to be somewhat weird to be a punk band playing for a seated audience, somewhat at a distance but it still worked quite well. I got goosebumps just from standing on a proper stage again, a real stage. 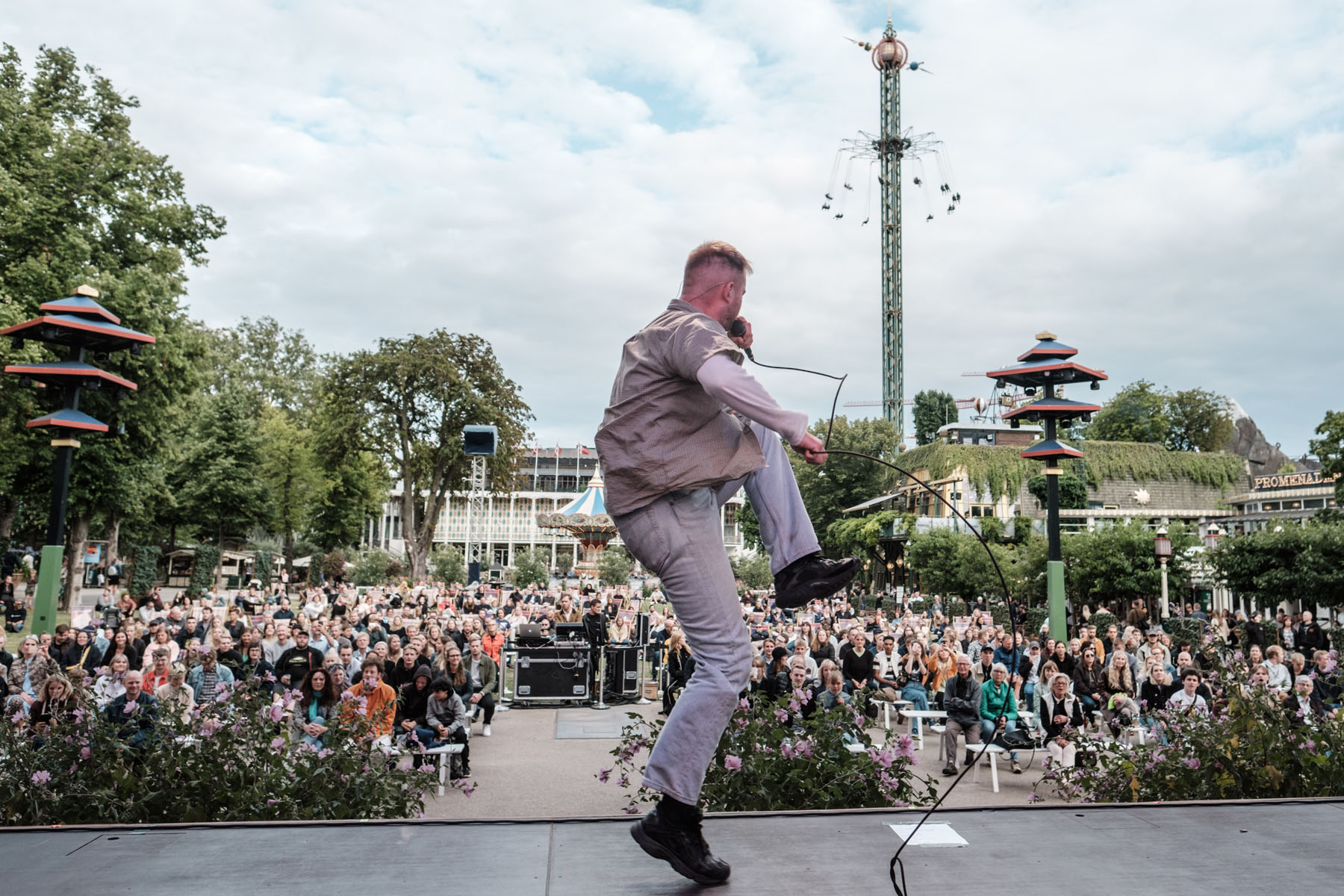 Joyce at Tivoli, a small seated crowd where normally thousands would stand. Still, it was a lot better than nothing.

Strøm festival, the electronic festival I have worked for since 2012, managed to run a whole festival during a pandemic. Of course, not with crowds, lots of streamed content, but still, a whole festival. Well done crew. You can read about Strøm 2020 here. And the entire Kölsch gallery is here.

I have to throw one picture in from this crazy stream event. Shot for ShowTech productions who built this mad setup at city hall, for a live streamed worldwide premiere of Pure ETCR, a touring car race for electrical cars. Yeah, it was kinda mad and epic 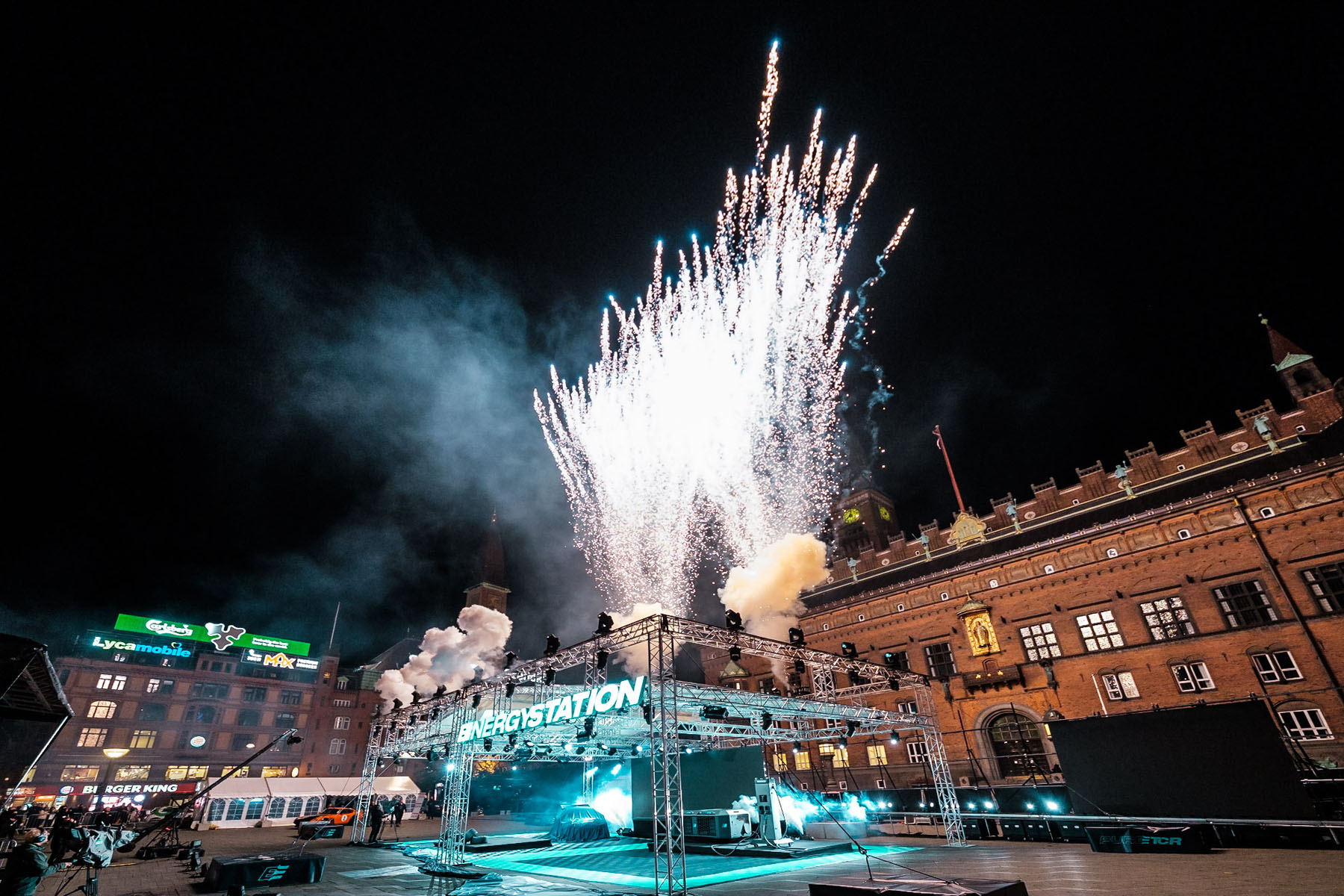 From late August, indoor concert venues in Denmark were allowed to hold concerts for a small, seated crowd. This meant that some venues could start having shows again, with a greatly reduced capacity, maybe 25% of normal, so usually the concerts would be repeated 2 times a night to get a few more people through the door. It was seated, it was different and photographing it meant standing far away with a mask and a zoom. I do not mind the mask but I friggin hate shooting music with a telezoom. But it was live music again, just to hear live music over a big PA with gorgeous lights made me kinda forget just how much I hate telezoom lenses and not being able to get close to the action. It was a really big thing for everyone to be back.

And I caught up with Joyce again, at VEGA: 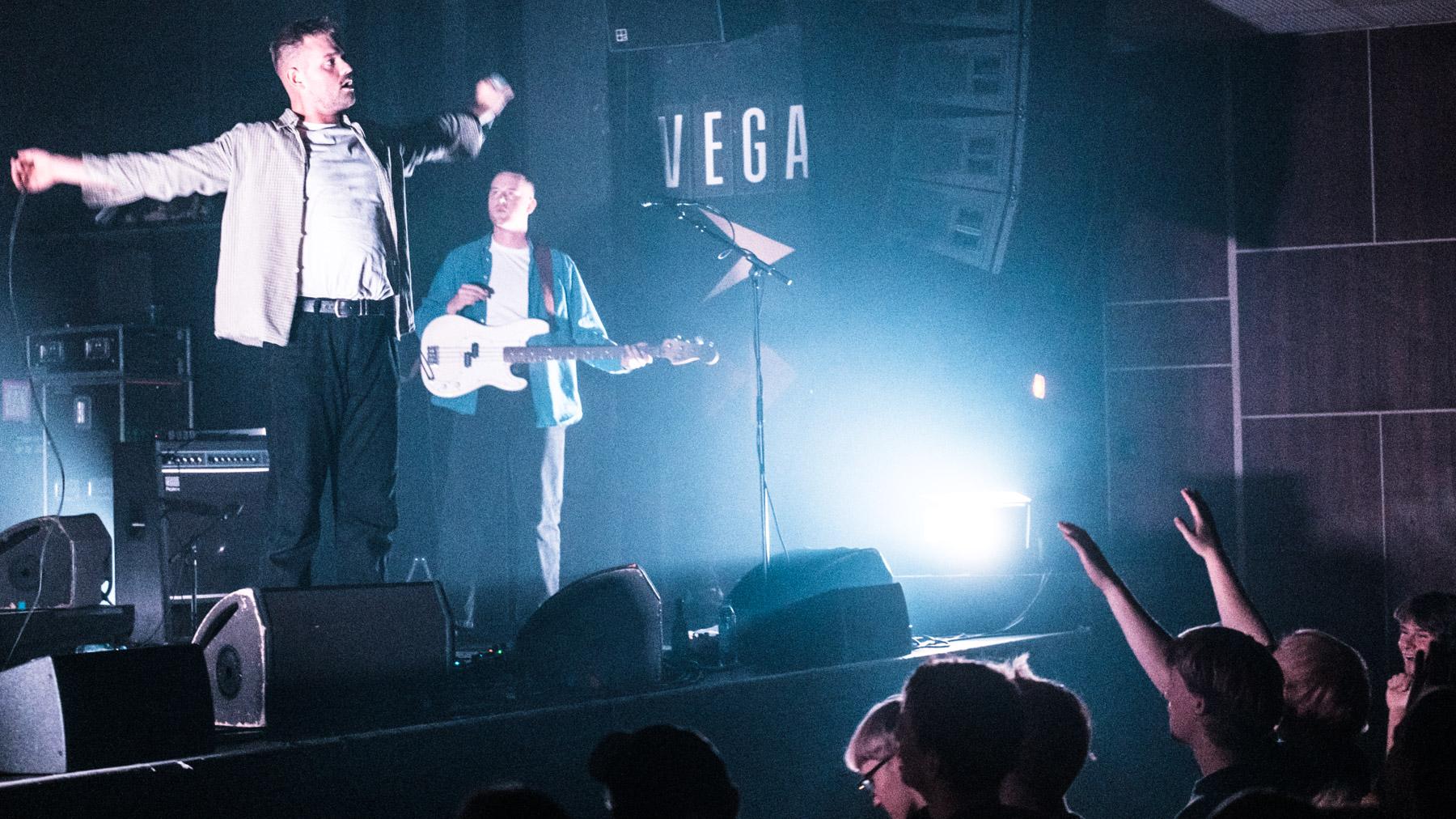 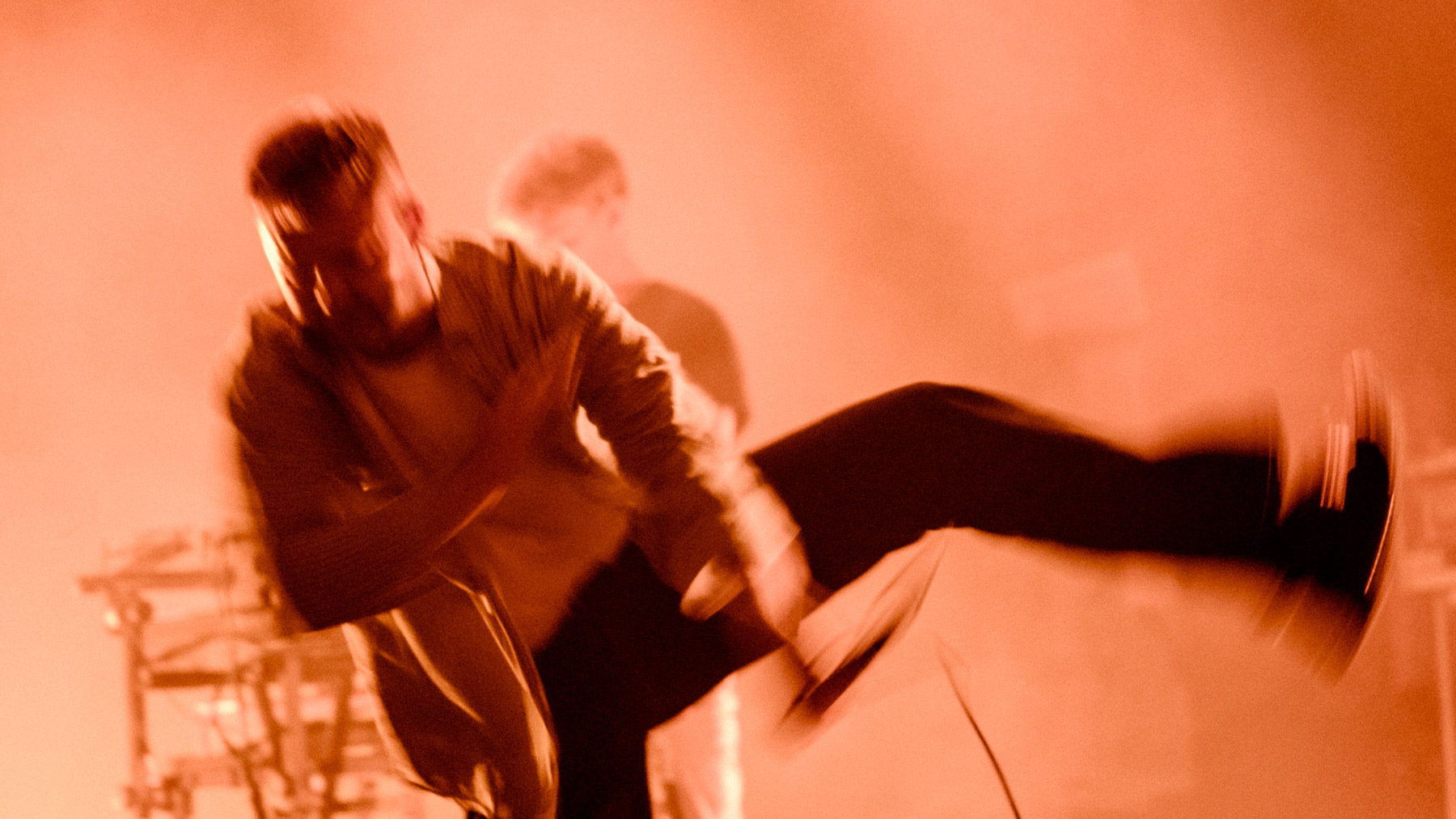 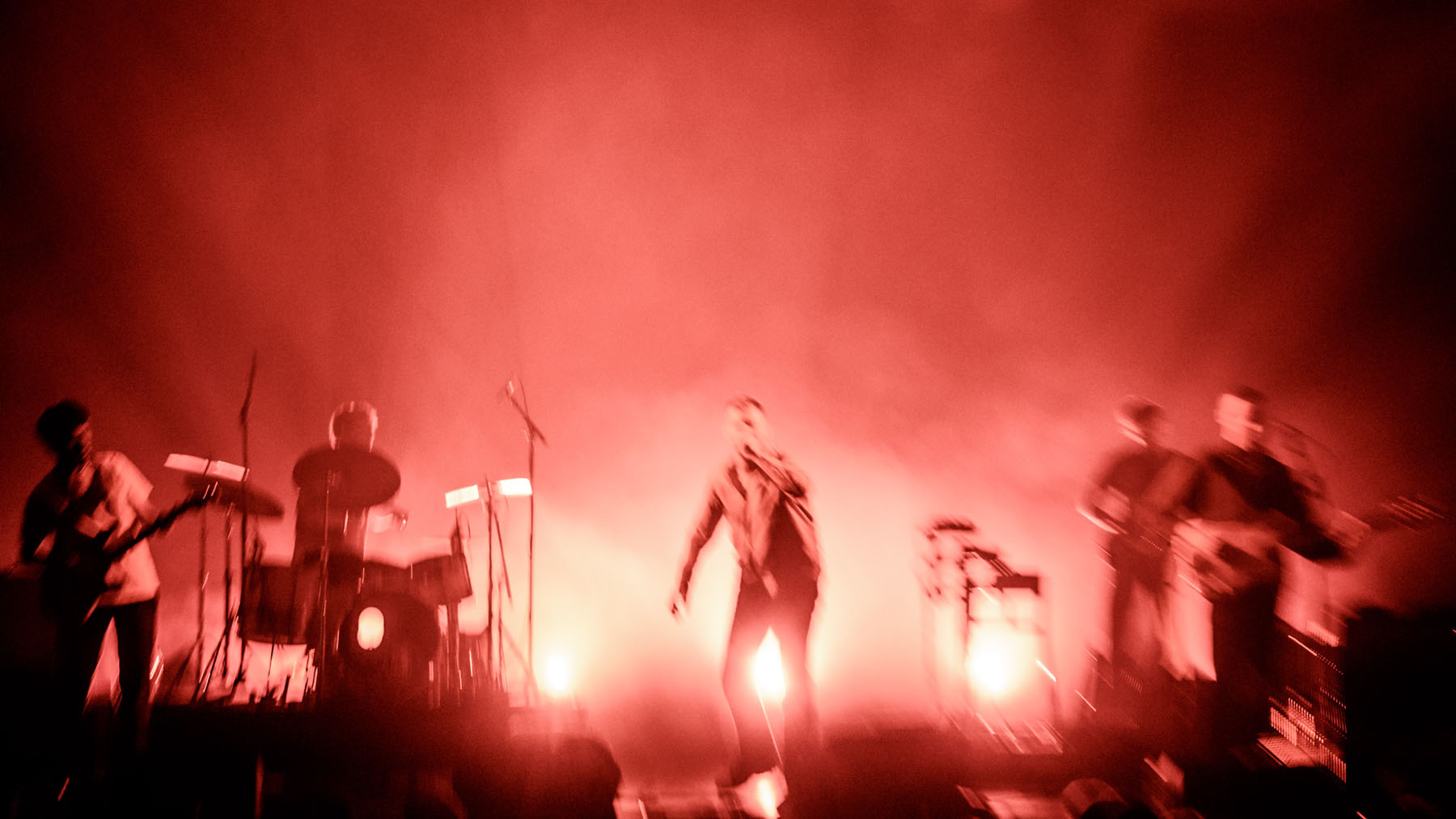 I caught up with AICK, Laserfabrikken and Visuals by Frida again in September for another great show, this time a live performance for a tiny seated crowd: 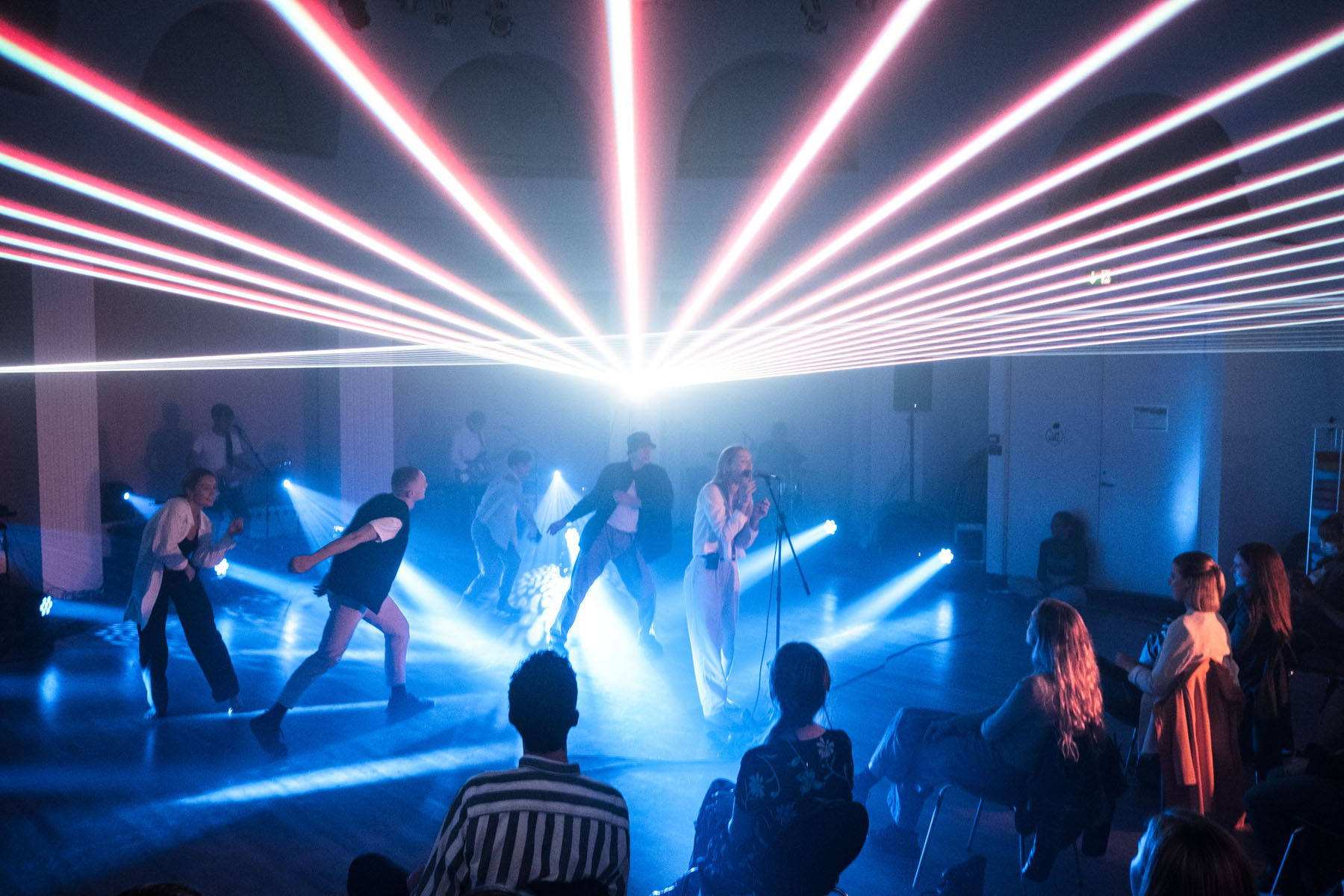 The fact that some venues could hold seated concerts again meant I had a couple of months where I got to make a decent amount of photos again. That felt truly wonderful, to have my identity back. To get gigs, to be wanted for work. Even if it meant standing far away and using the f”£#€”#§€”#€ telezoom, the exact opposite of how I l ike to work, it was still something. It was live music. It was life, for a bit. 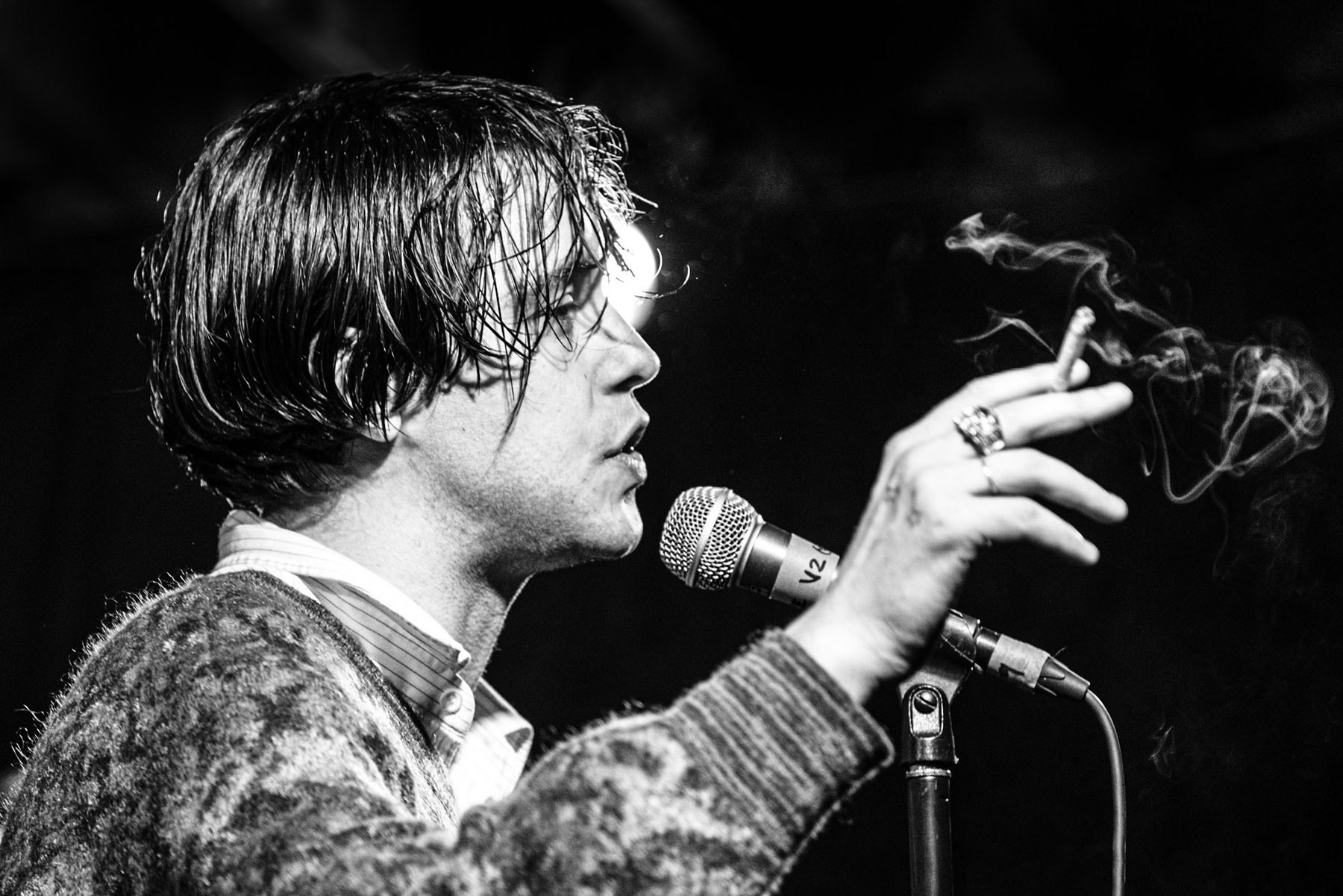 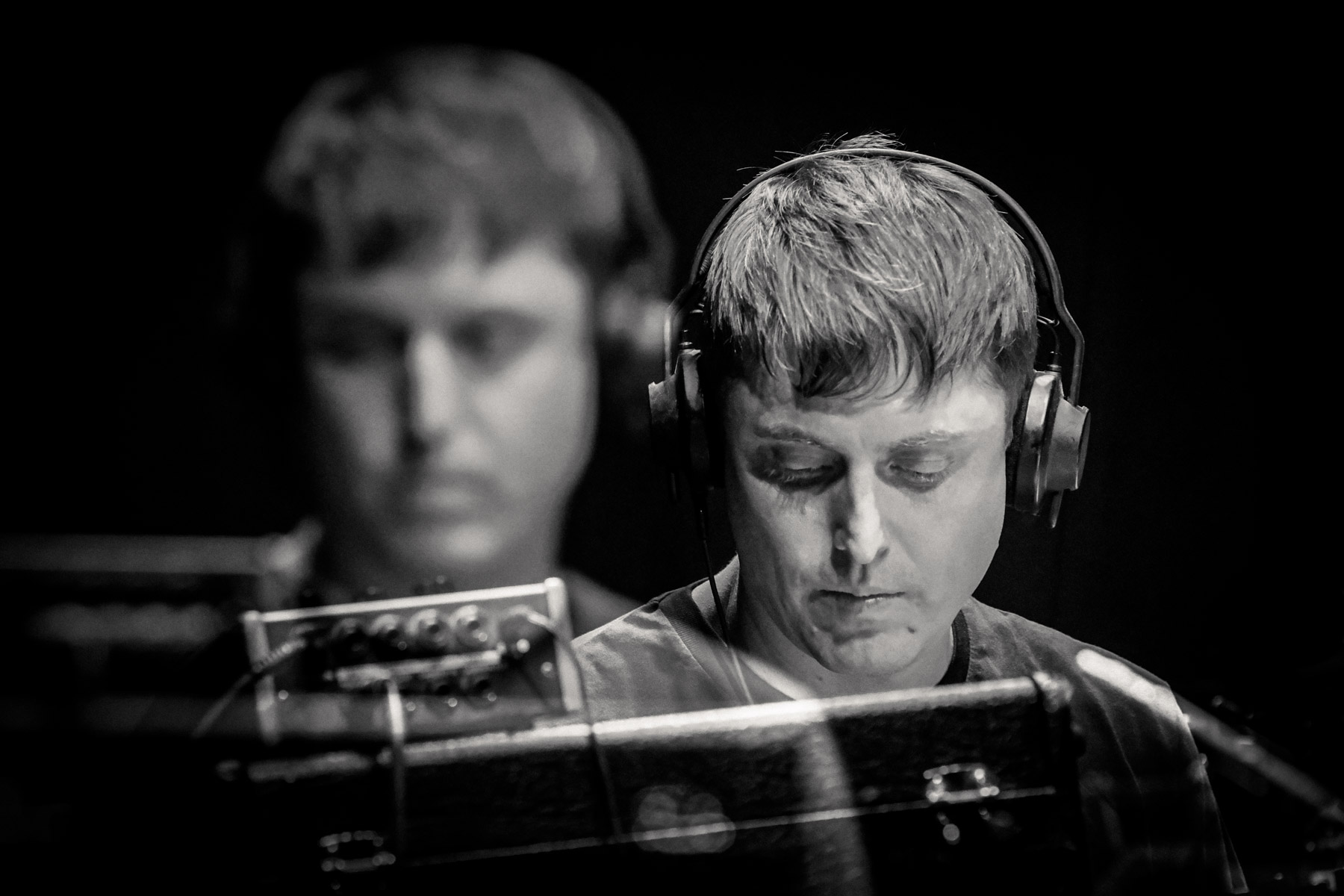 Rumpistol – release concert at KU:BE in October 2020. I kinda discovered this year that in-camera double exposures can be a nice creative tool with a telezoom. 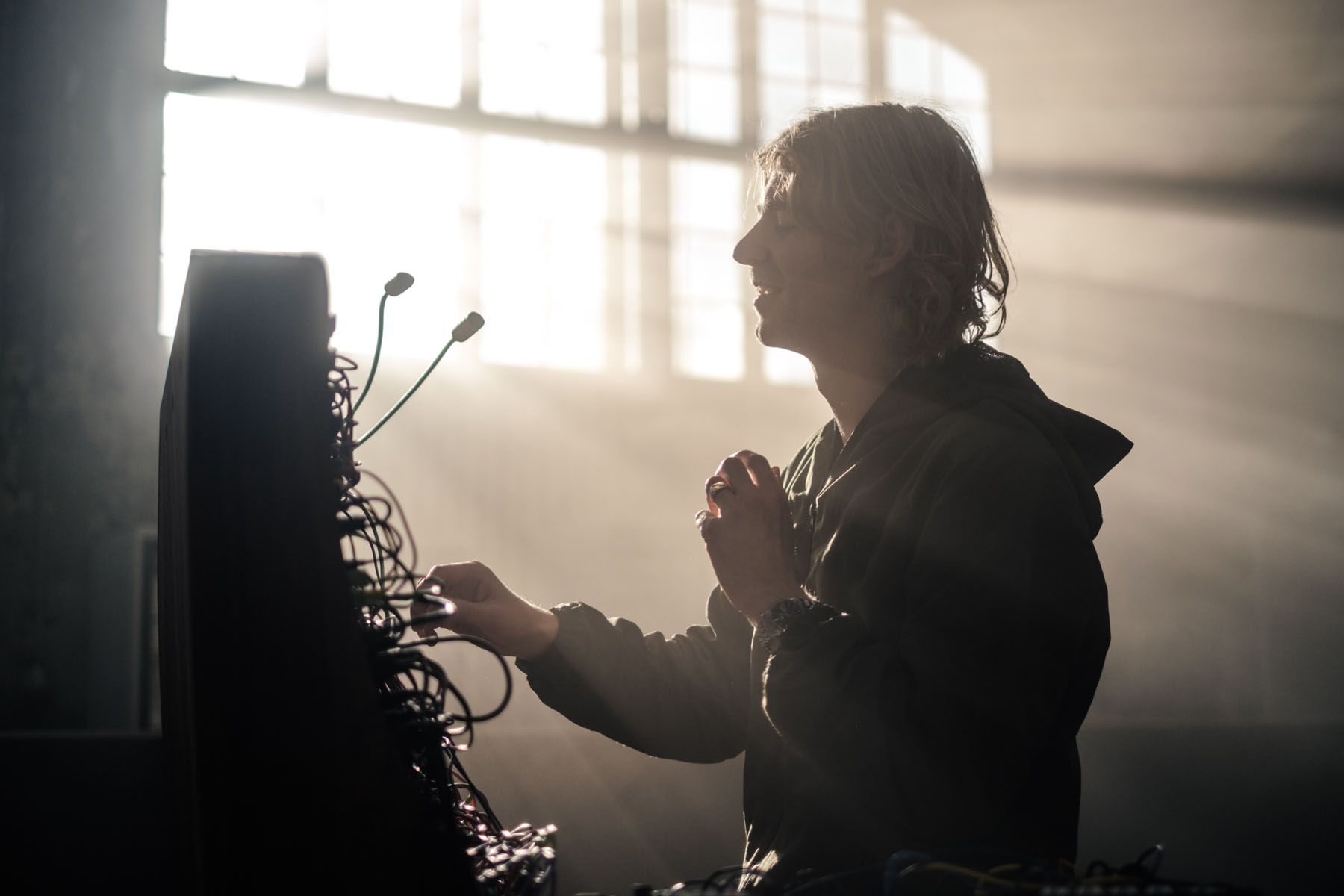 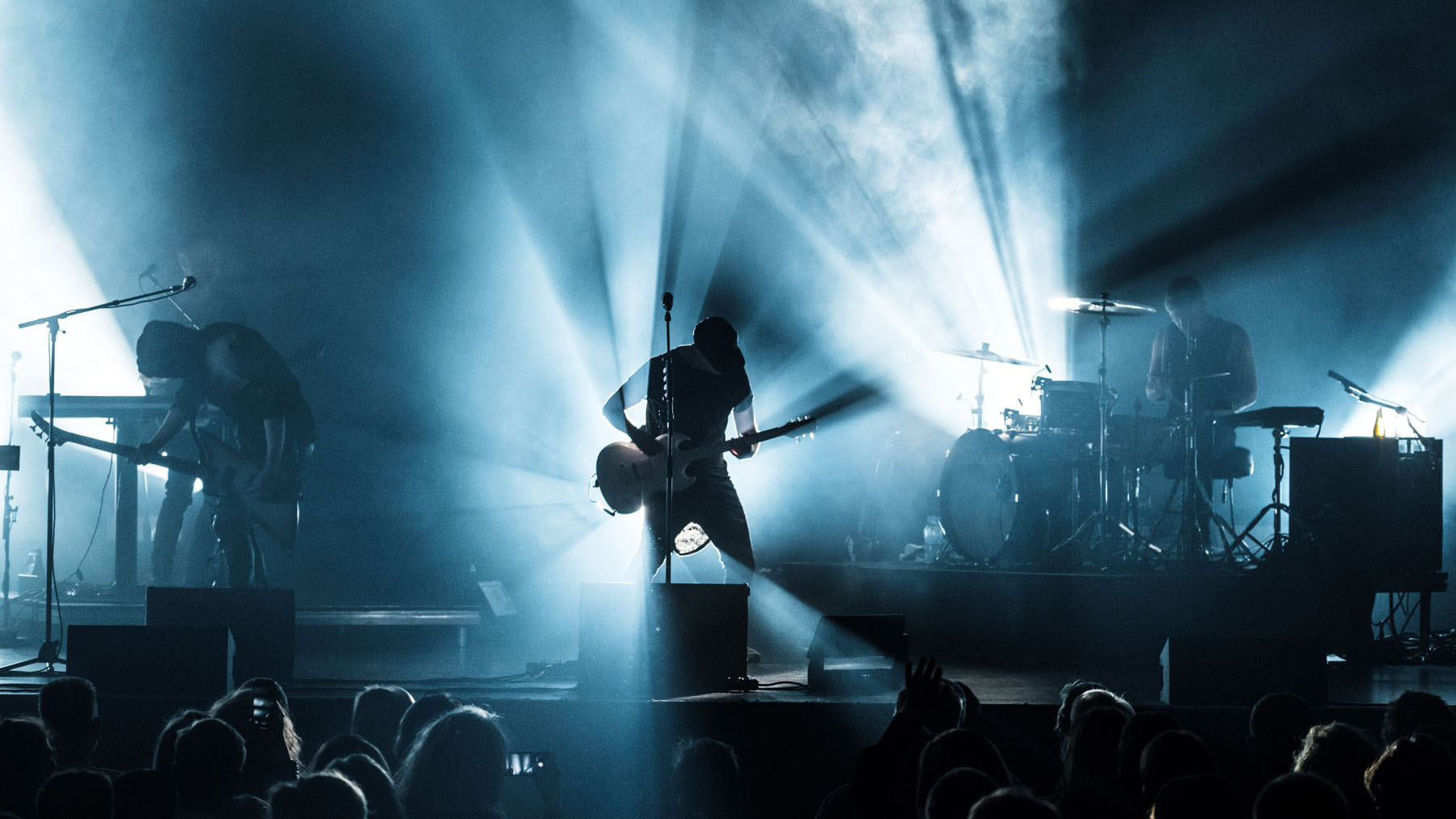 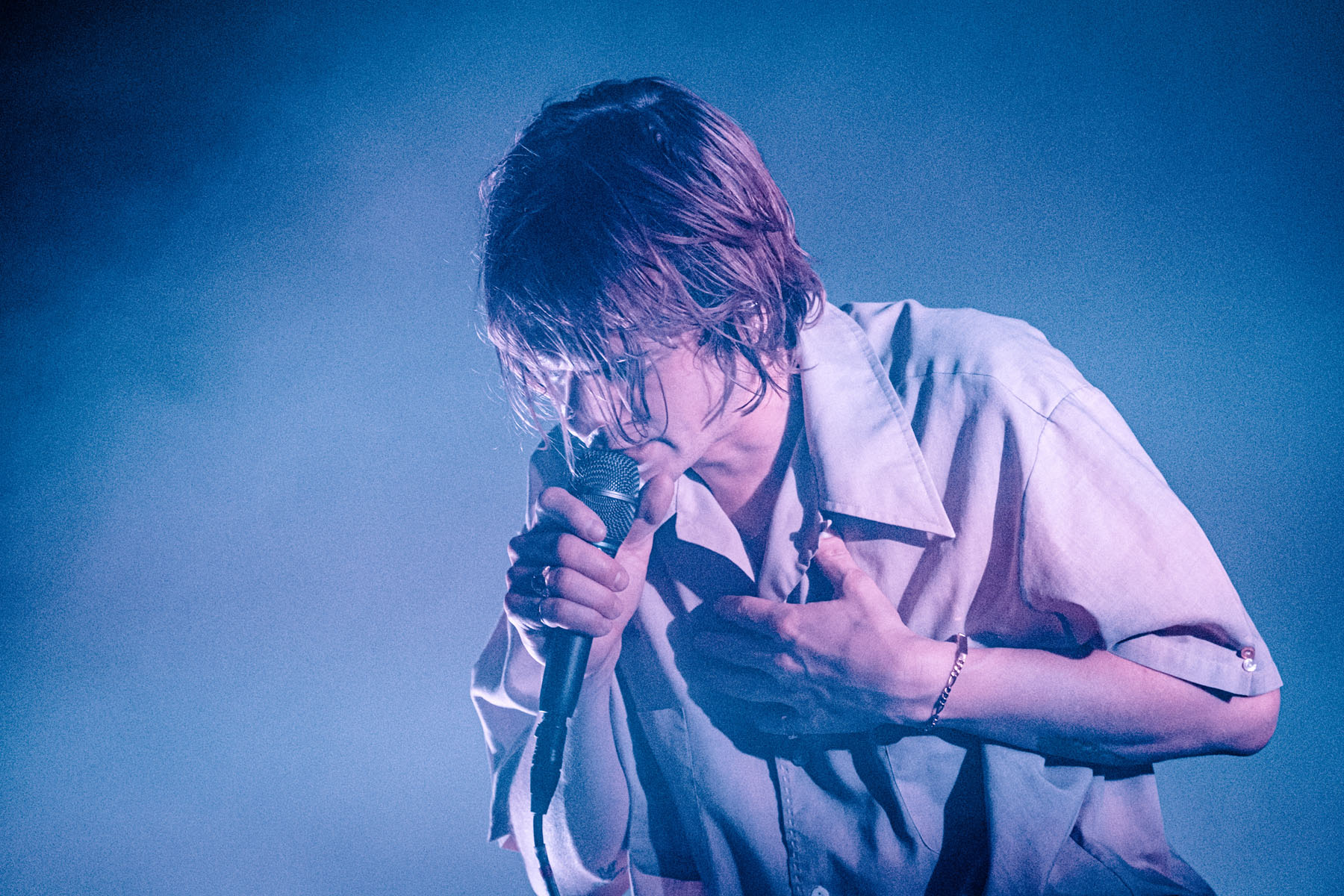 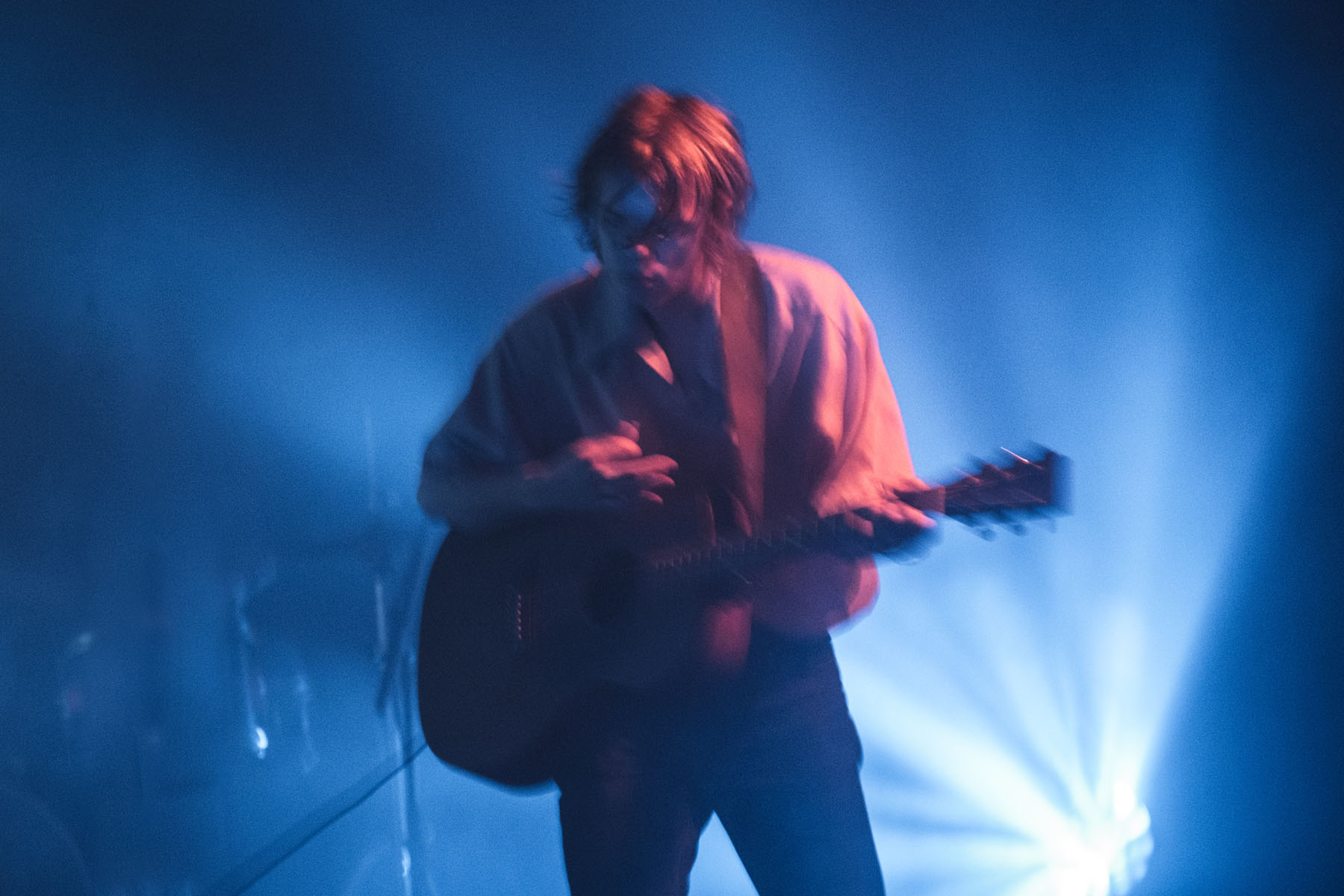 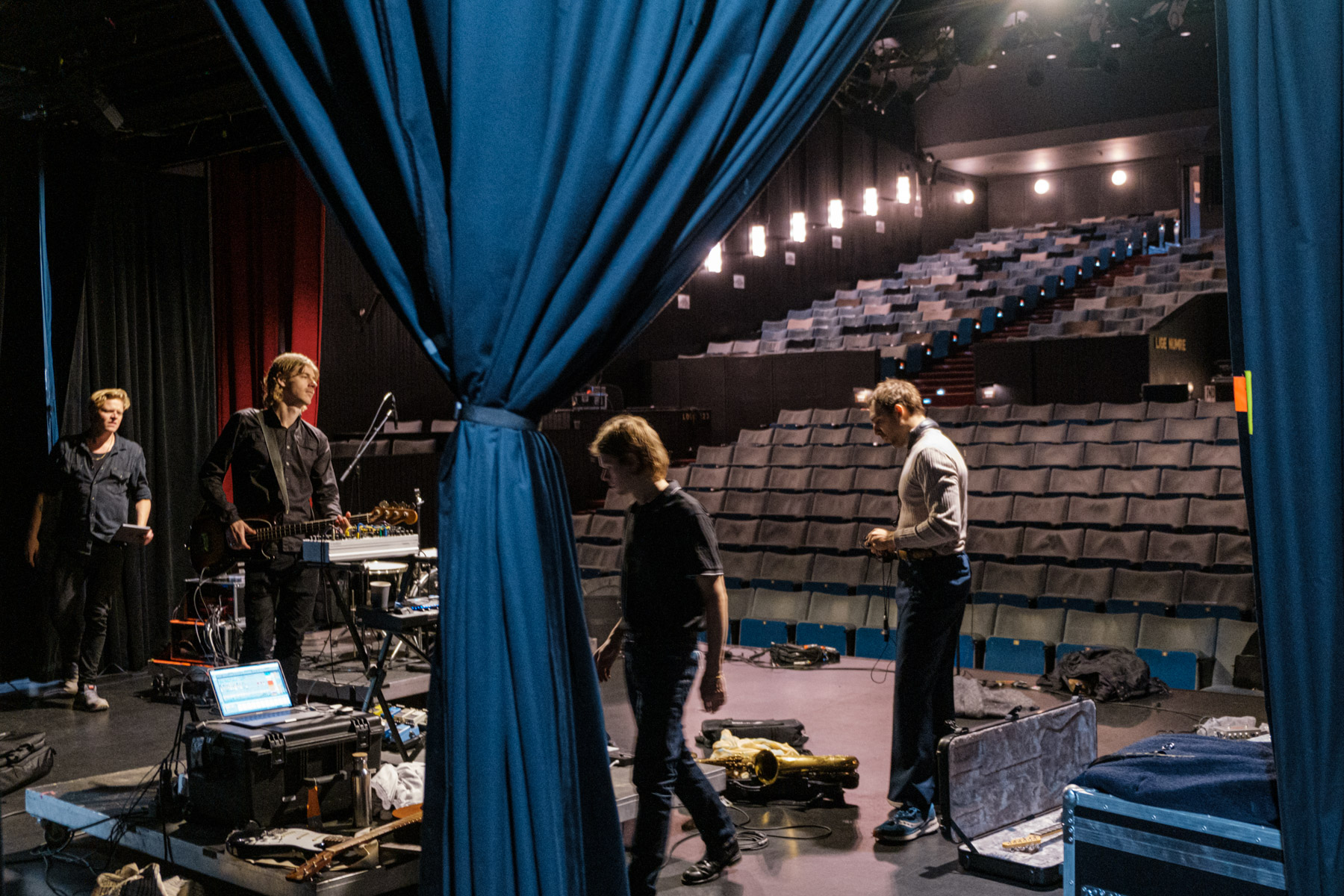 School of X at Bremen Teater. Being able to be reasonably close and do documentary photography during rehearsals was akin to being myself again for the first time in a long time. 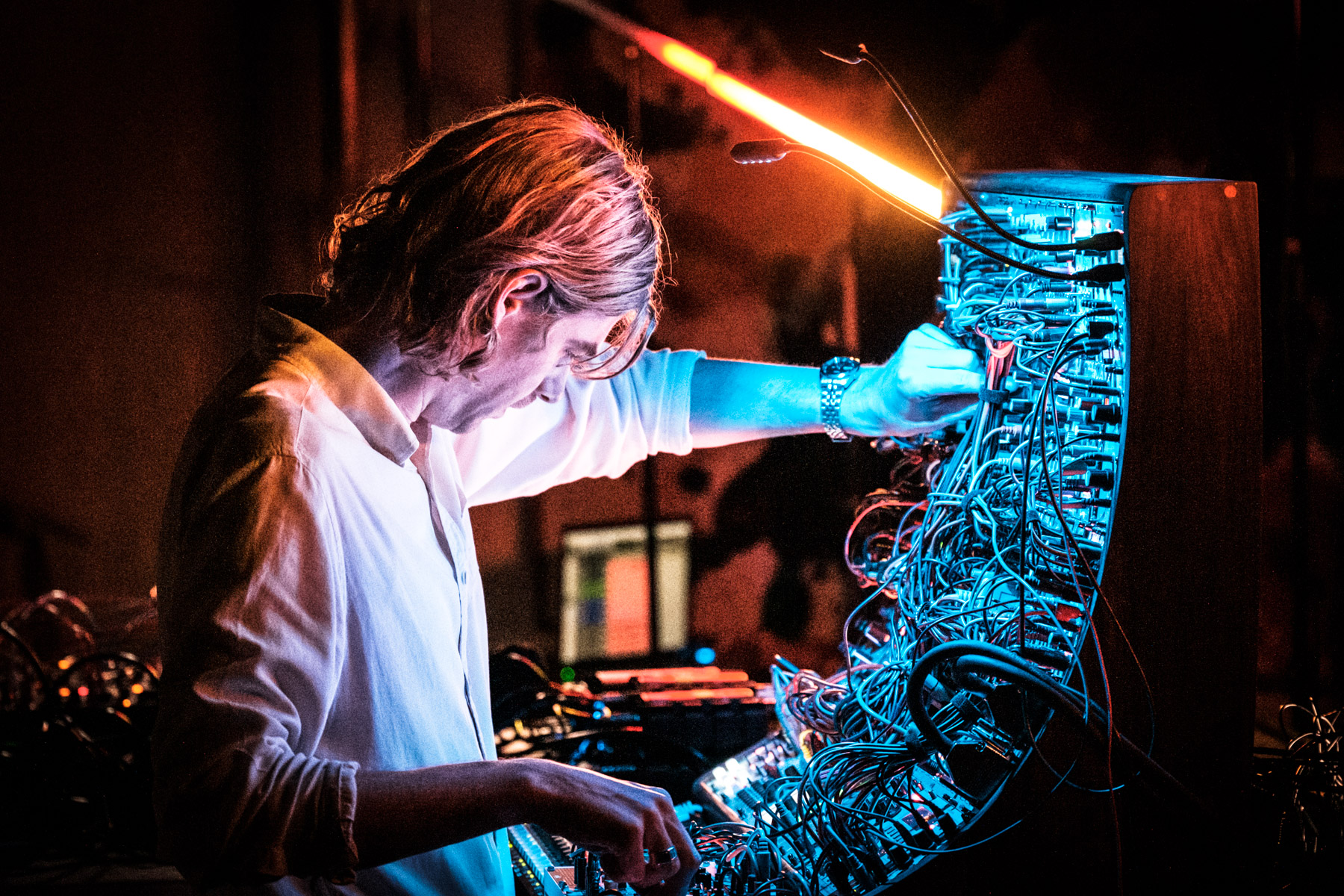 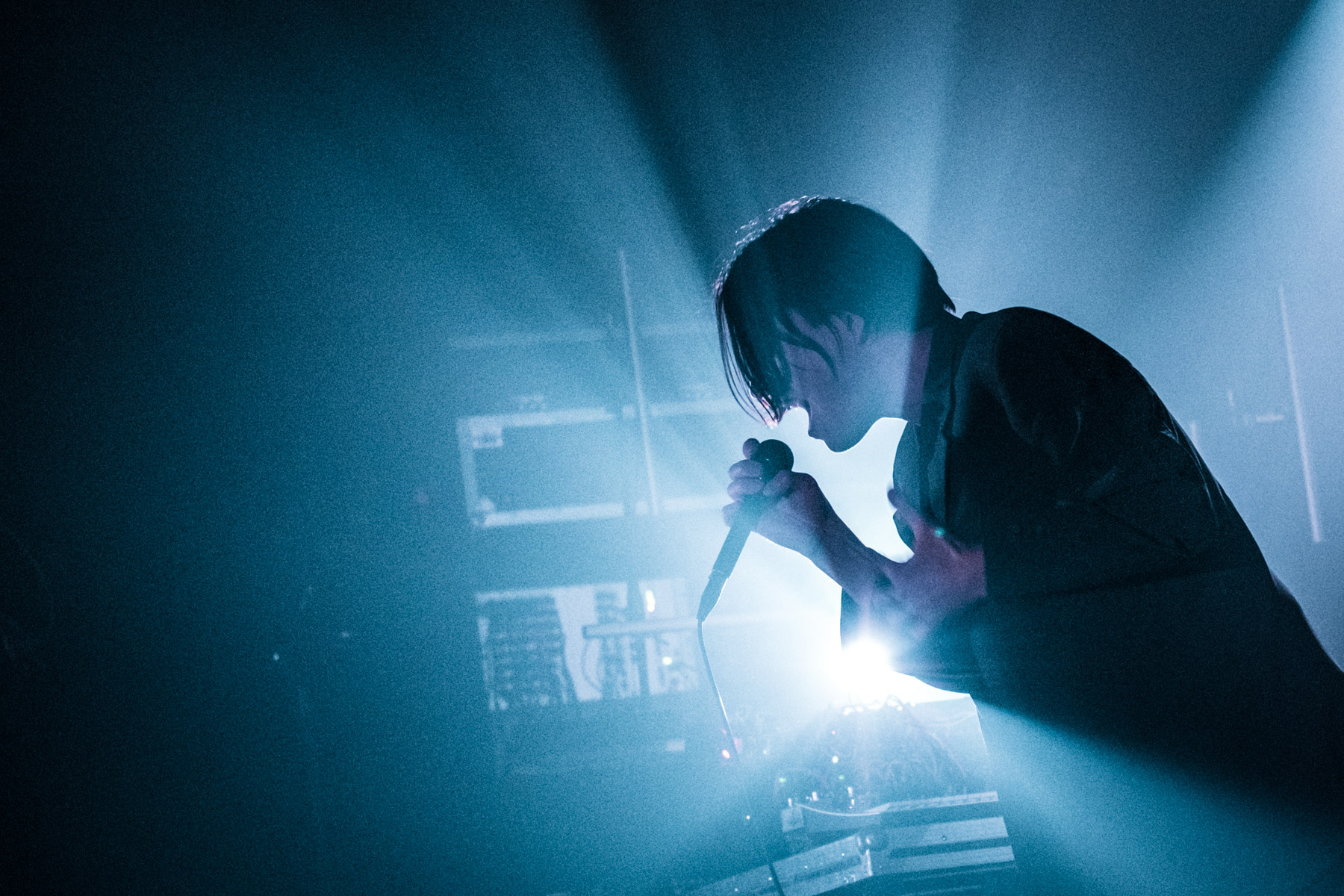 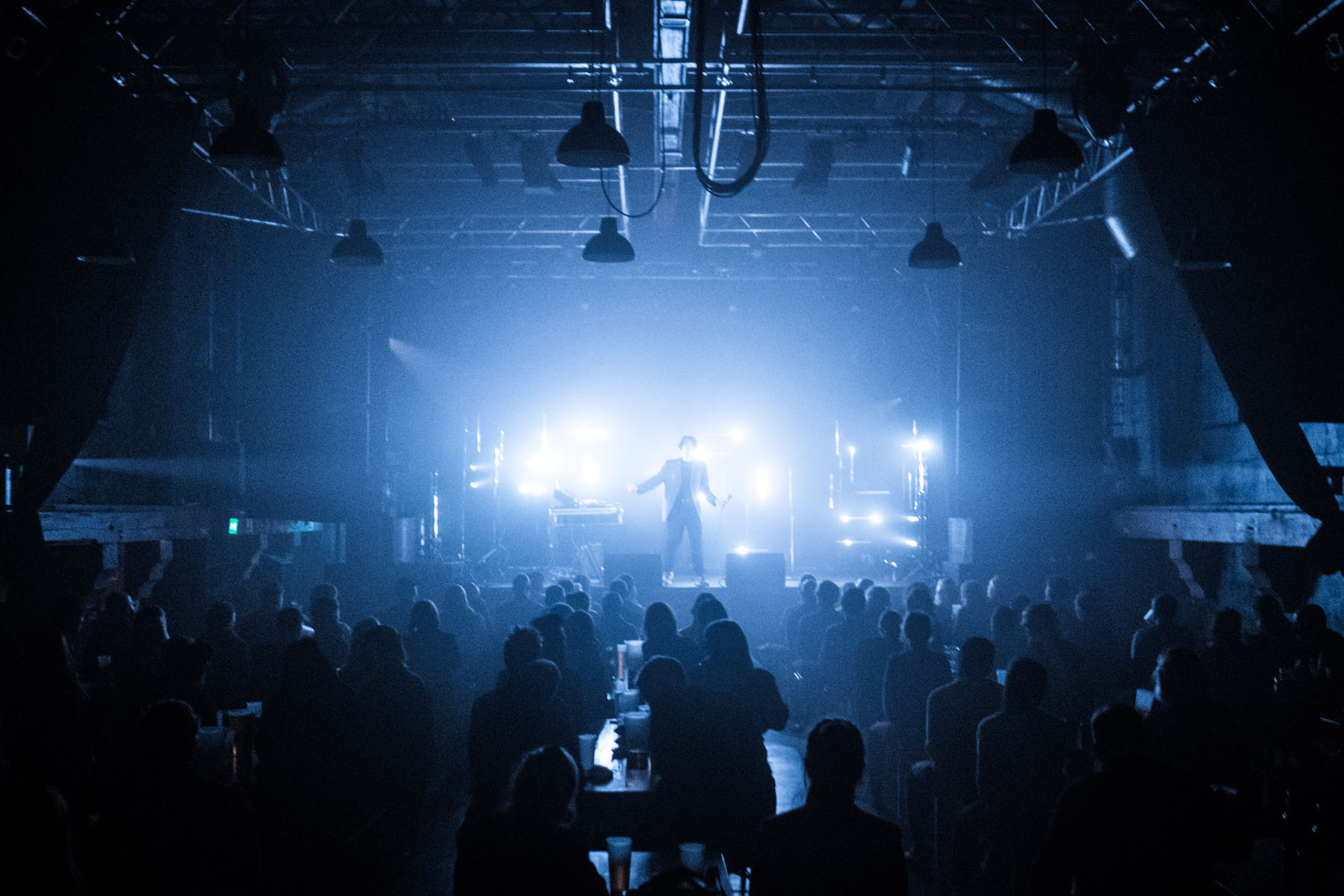 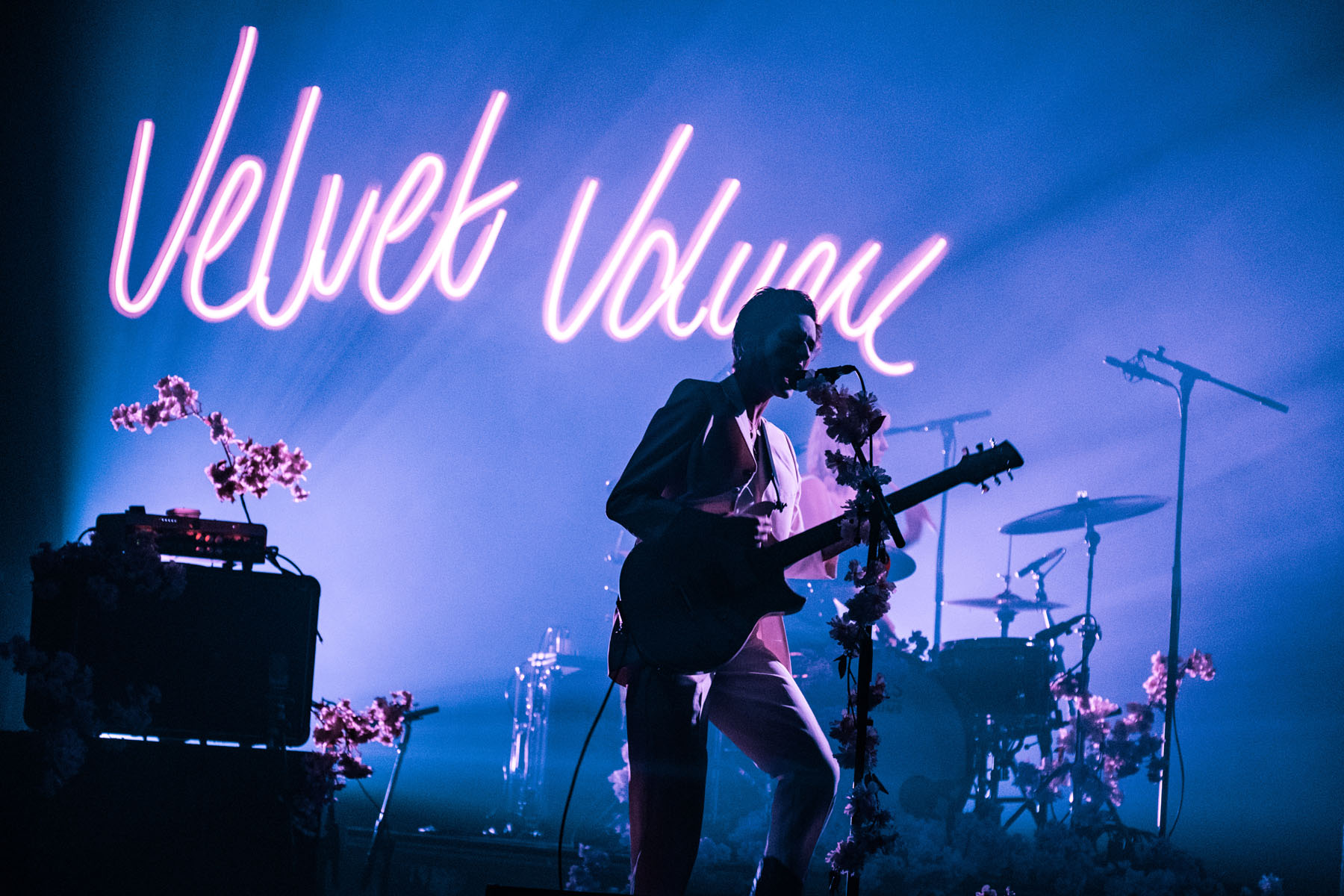 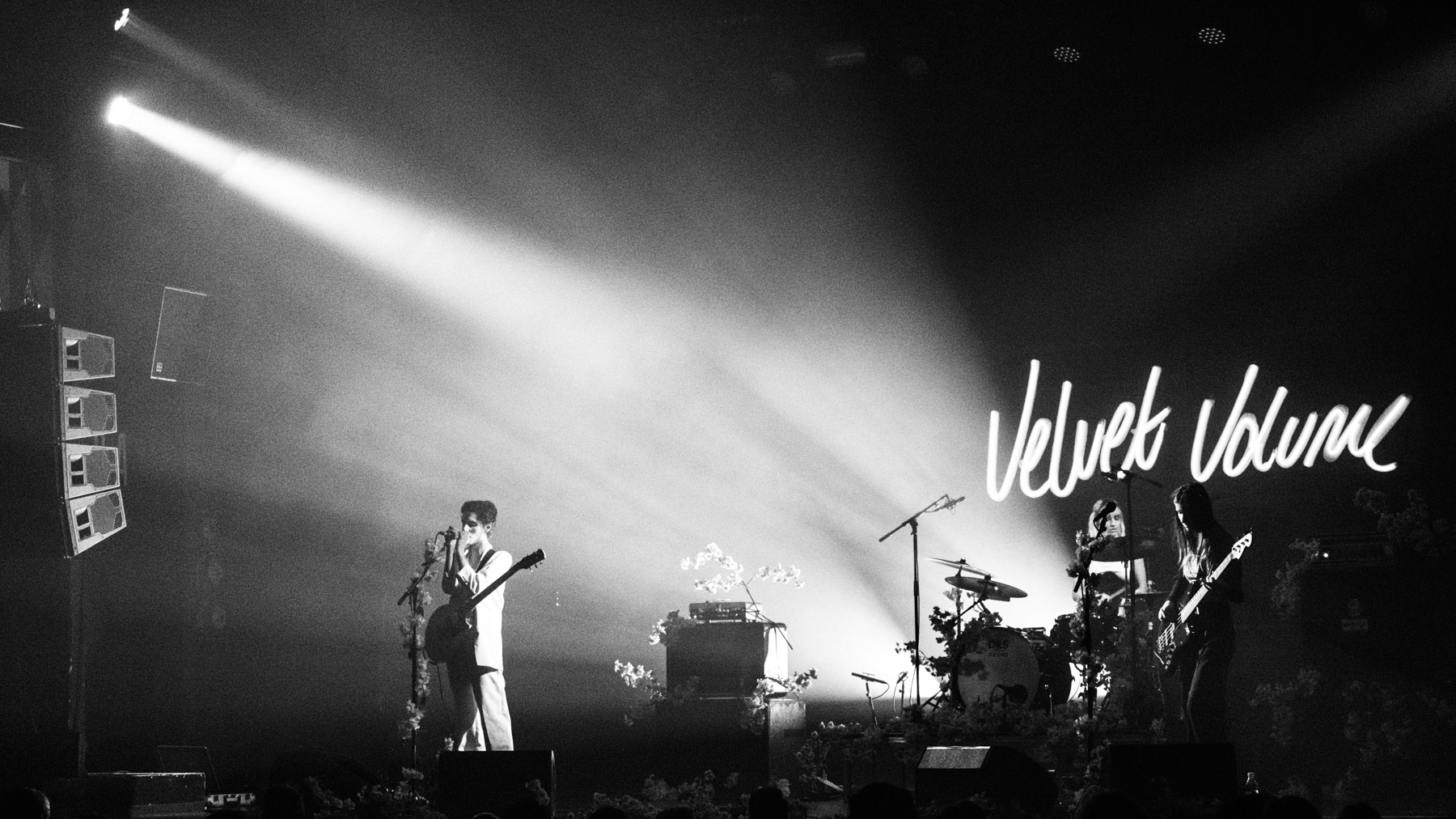 » I was interviewed by the wonderful people at GoodBecauseDanish. Thank you for featuring me!

» I am incredibly proud and happy to have my picture on the cover and insert of the vinyl of The Minds of 99 live at Dodekalitten.

» I started my YouTube channel. The wonderful people at Fujifilm asked me to do a video just at the beginning of lockdown, and that was kinda the kick I needed to kickstart my video vlogging series, as there was nothing else to do and I have to do something, I cannot sit still. I am taking a small break from vlogging right now while I settle in at my new place but there are loads of videos for you to watch here on my channel: I think this one about composition is perhaps my favourite, that took a shitload of work to do, a shitload of editing (the original take was twice as long), and I kinda liked how this turned out:

The following picture was shot during rehearsal and sound check so of course the venue is always empty. But it just encapsulates 2020 for the music industry: 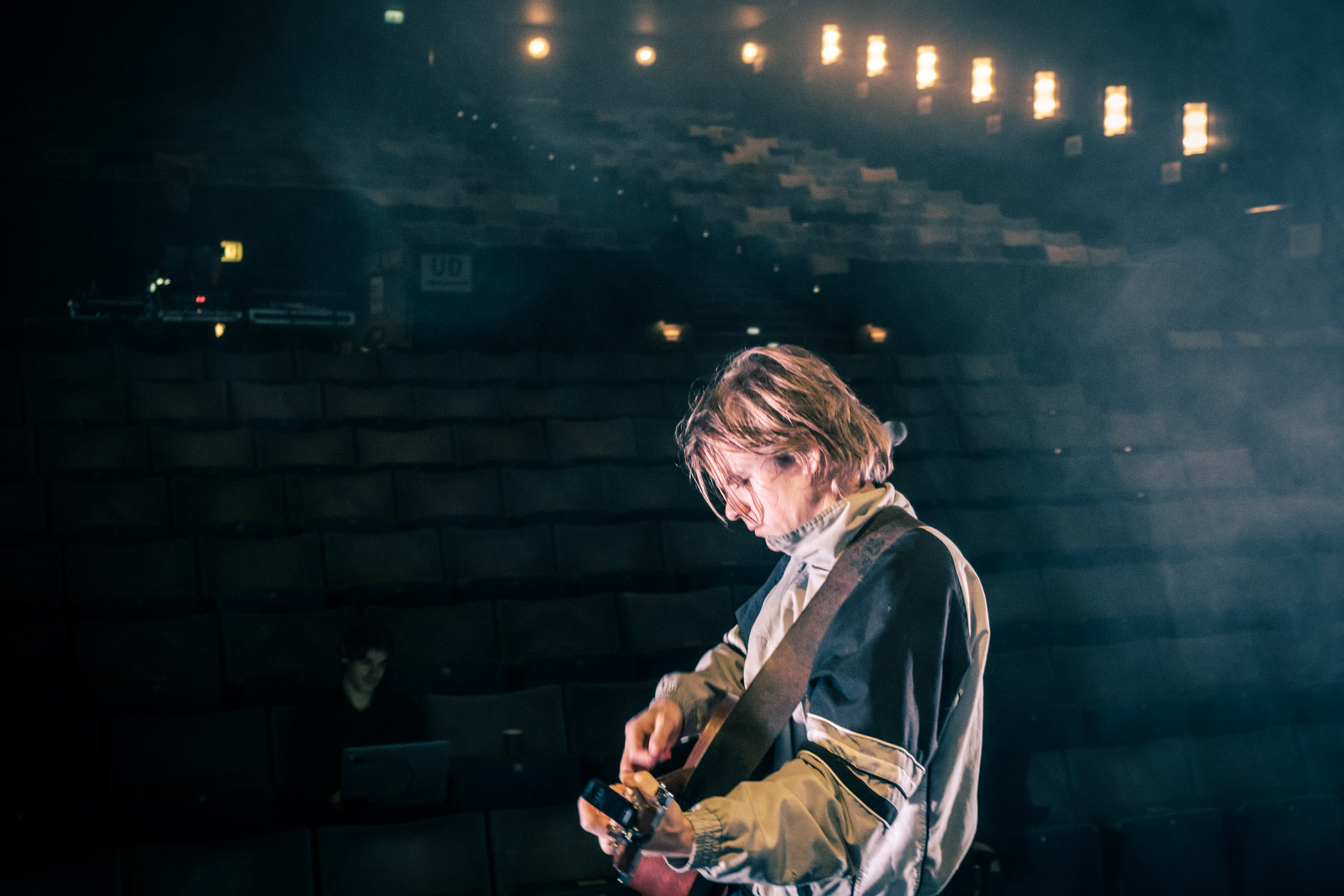 School of X at Bremen Teater, November 2020, during rehearsals

Let’s hope that the vaccines work, are distributed fast and maybe, just maybe, the music industry will be back at work at Summer 2021 and things can look more like the following: A packed venue, please close together, celebrating music, the artist and the feeling of live music. And I am on stage, with a wide angle lens, close to the action, the way it is meant to be.

It is the way.

School of X at Hotel Cecil in February 2020.

3 thoughts on “My TwentyTwenty as a Music Photographer”