Not normally one to keep track of time at all, time is not the boss of me. But some of the calendars some humans use shall soon reset themselves, 2012 is all but used, 2013 is waiting anxiously to shine – so let me tell a few Tales of Twenty Twelve. It has been rather epic. Also, I am wearing the word epic rather thin. So much to see out there before it all fades away. I made so many pictures in 2012, only a tiny few have been shown on the blog. Many are featured in my books. Even more are waiting to have their chance to be part of future projects. Here is but a few – a few words a few pictures. Mind is fragmented, writing this while sick, first Winter in 4 years has my body and mind in shock, so I expect to make little sense. Read on at own risk.

Began the year in Peru, in Machu Picchu, with the Photoexperience.net workshop crew. Terribly sick but also terribly excited. Early morning, wind, fog, rain, white plastic rain ponchos, perfect conditions for some surreal black and white images. And I’m wearing my Slayers yellow Machu Picchu Superman undies. Which won’t make sense to most people. But for those in the know, you know every image comes out magic when you wear the Slayers, especially January 1st as yellow is good luck in Peru. Not good luck for my stomach but perhaps good photo luck. 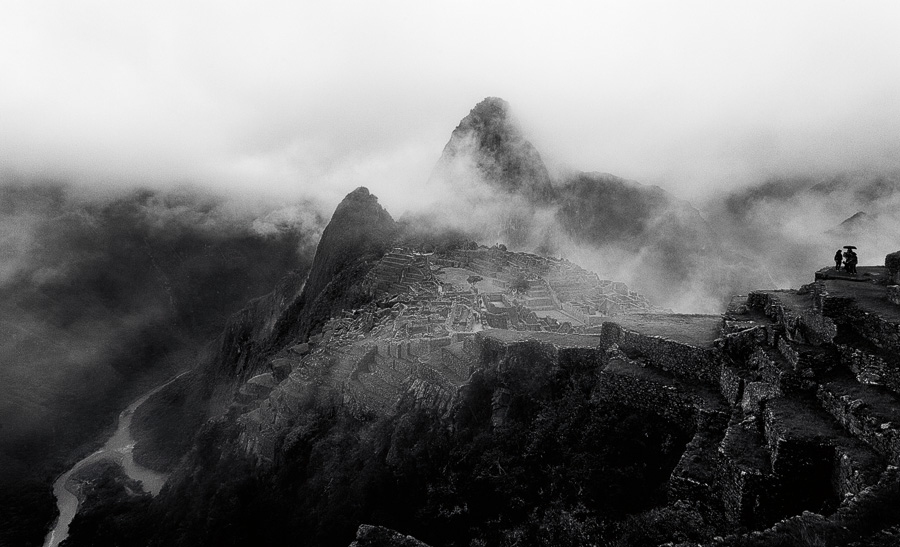 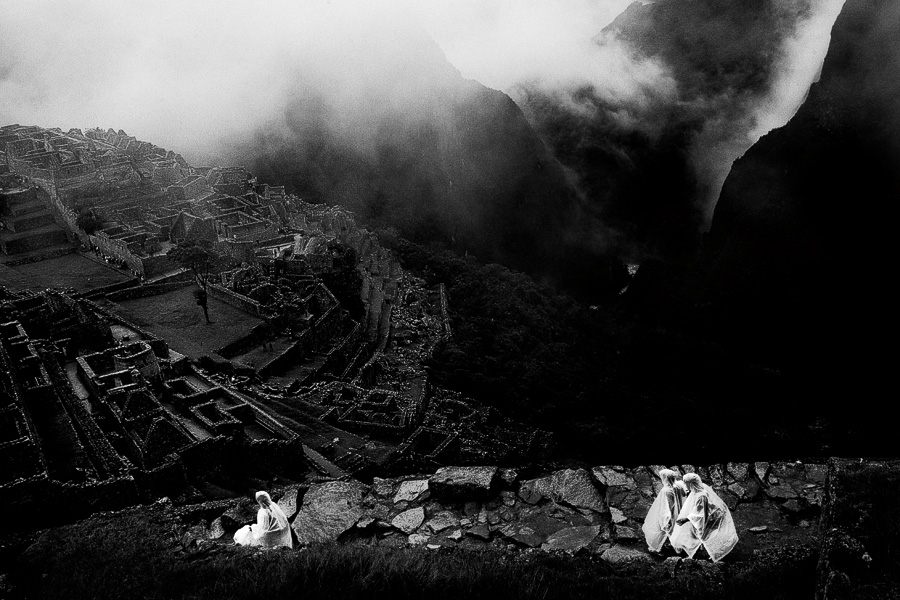 On a boat and in the jungle of the legendary Amazon, legendary events unfolded featuring the workshop giggle crew. Jumping spiders nearly killing me. Half the crew drinking pisco straight out of the bottle, possibly slightly scaring our Amazon guide. Re-enacting Star Wars on a boat including all sound effects. Blinding small animals on a nocturnal jungle walk. Watching birds eat mud at 4am while sleeping folded up on a folding chair. And just because I can and am somewhat loco, writing ‘Jedi’ as occupation in every log book we had to sign at research stations. Ended the Peru tale with a macabre yet fascinating Peru tradition, cockfighting. 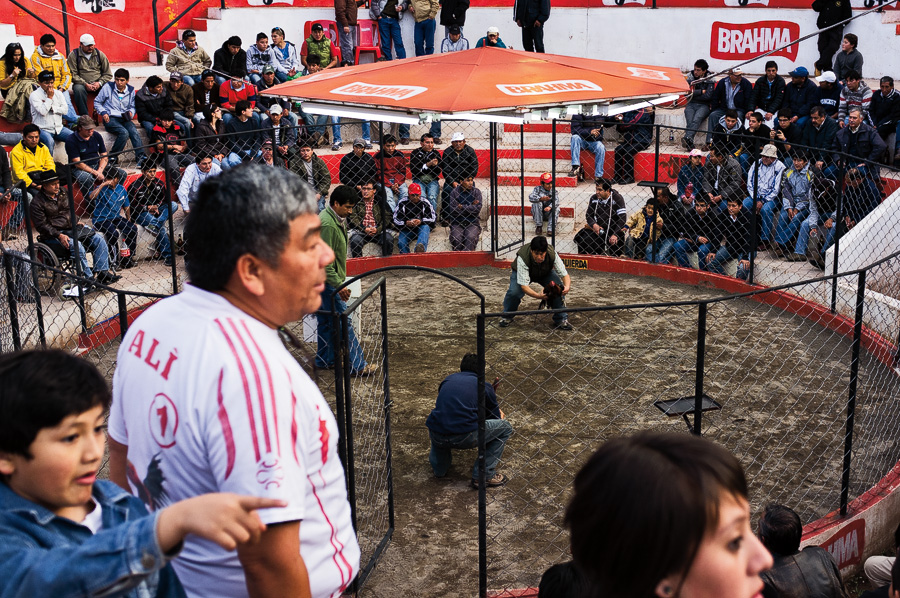 Touched Chile briefly but I basically only saw 4 days of the back garden of my B&B in Santiago plus a few walks in the city, while I tried to recover from an alien invasion of stomachs, no hang on, an alien invasion in my stomach. Chile, I owe you a proper visit sans alien stomach invasion. What I saw I liked.

Then splashed down in my time-machine in my second home, Fremantle in Australia and spent a wonderful Summer there in Upside-Down country with great dear friends, living on the great boat Polaris. Epic fun with partners in all things epicness, swimming, diving, shooting, exhibiting, sunbaking, and a helluva lot of laughter. That is yours truly free-diving with seals, magical epic experience, captured by Epic Inc partner Mark Stothard, featured in the sunset image as a silhouette dude chasing the light at Rottnest Island, most magical of places, keep it a secret. 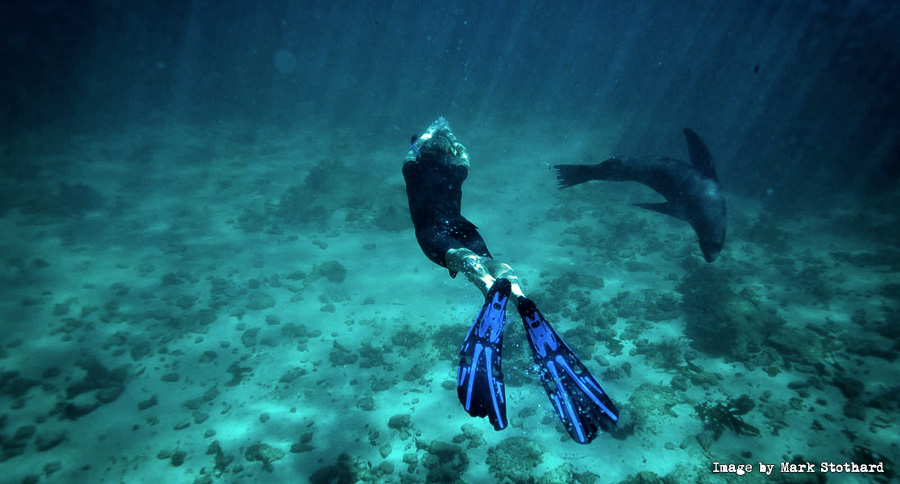 Spent some nice time in Denmark cooking up my Diario del Peru book, doing some mad and magic Summer raving with dear friends and family and making pictures for some of the Summer festivals – pictures I love, that are opening doors for me, pictures that have taken on a life of their own. Summer in Denmark is as awesome as Winter in Denmark is truly un-endurable darkness and cold. Summer in Copenhagen is neverending days, neverending outdoor festivals, neverending magic with friends, all in mostly shitty Summer weather but all fun. 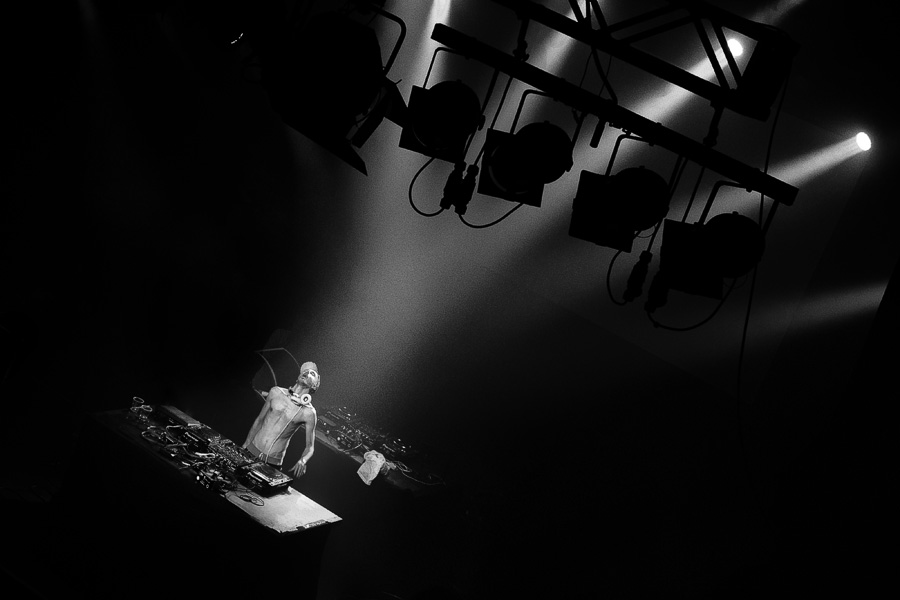 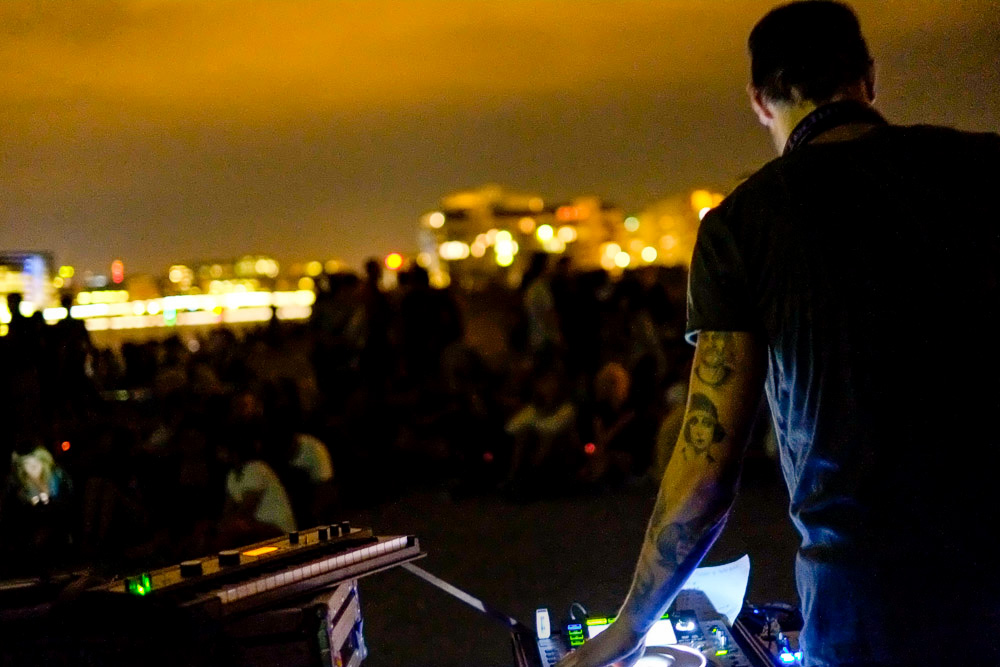 New Mexico provided many a mad and magic moment. Created a documentary about Daniel Milnor, soon to be released. Invented the Cowboys & Aliens RaveMobile Mad and Magic Raving tour with Charlene Winfred. Experienced Freedom like never before. Stood on a spaceway, stood IN a Very Large Array dish (VLA I AM INSIDE YOU! never gets old), saw 1500 pounds of bull trying to kill the rider at a rodeo, saw high school football players playing their heart out, saw cowboys, ate A LOT of green chile burgers, experienced magic. NM, I salute you. Well done, state of all things crazy, weird and awesome. I am hooked. 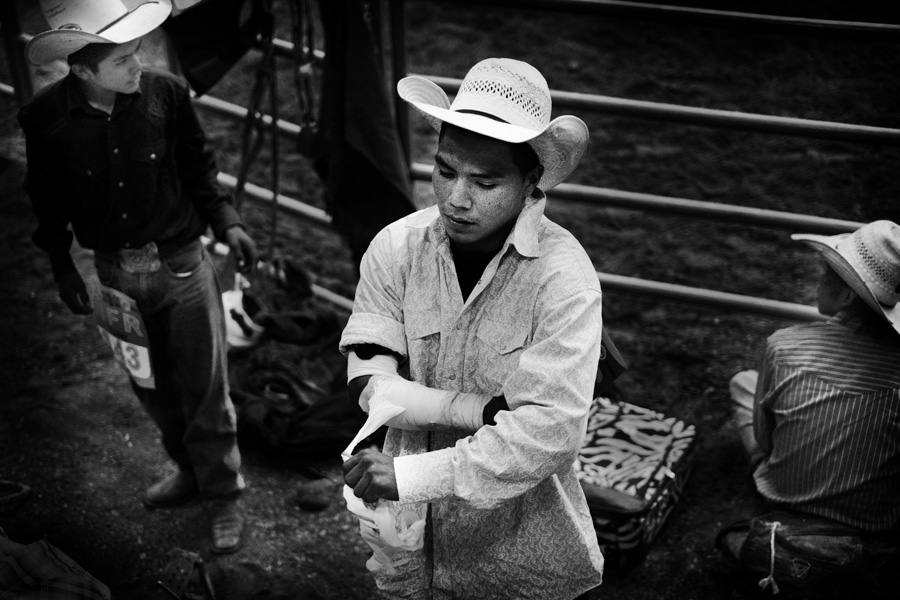 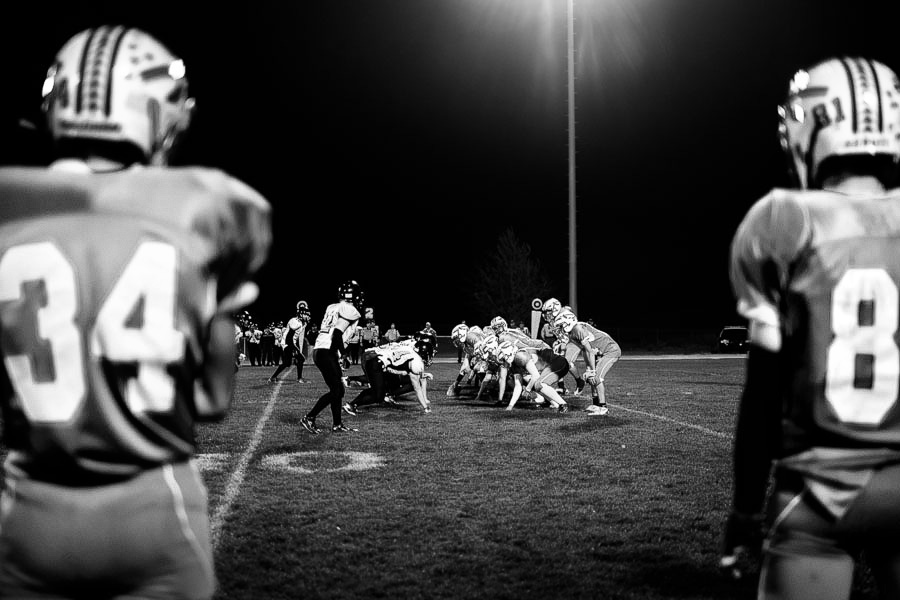 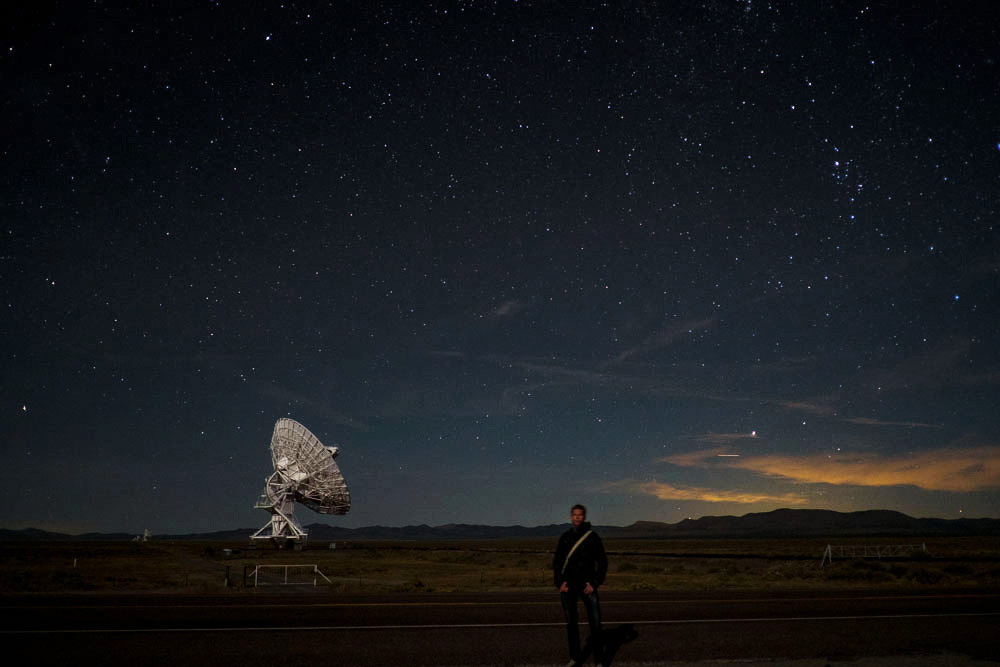 Funny old life this time-traveling nomad life. Can’t always keep it straight in my head. Closing in on Four Times Around the Sun as a nomad. Time is timey-wimey, circular, and mostly irrelevant for me. Funny old life, time-traveling. Not the healthiest of life styles. Often my life makes no sense and it bothers me. But it’s simply life and still just life, like our world, it is amazing and awful, funny and sad, highs and lows, good and bad choices. It is a strange, dark, mad life and world, so much beauty and so much despair. So much yet to see. So very addictive. Hate it, love it, totally addicted to it now. Not giving it up anytime soon. Onwards and forwards.

2013 will see me in Brazil in just a few weeks, more on that in an upcoming blog post. You Watch Me Run. Merry Christmas, and a happy new year. Y’all come back now!
(it’s a really funny joke if you were there. Leaving a Billy The Kid museum we were told “y’all come back now”!)

9 Comments on “Tales of Twenty Twelve”